After landing on the shelves of Chinese catering chains and supermarkets, the “war” launched by international plant meat giants began to spread to e-commerce platforms that can reach more people faster.

ByNd) announced that its brand flagship store was officially launched in Jingdong Mall. 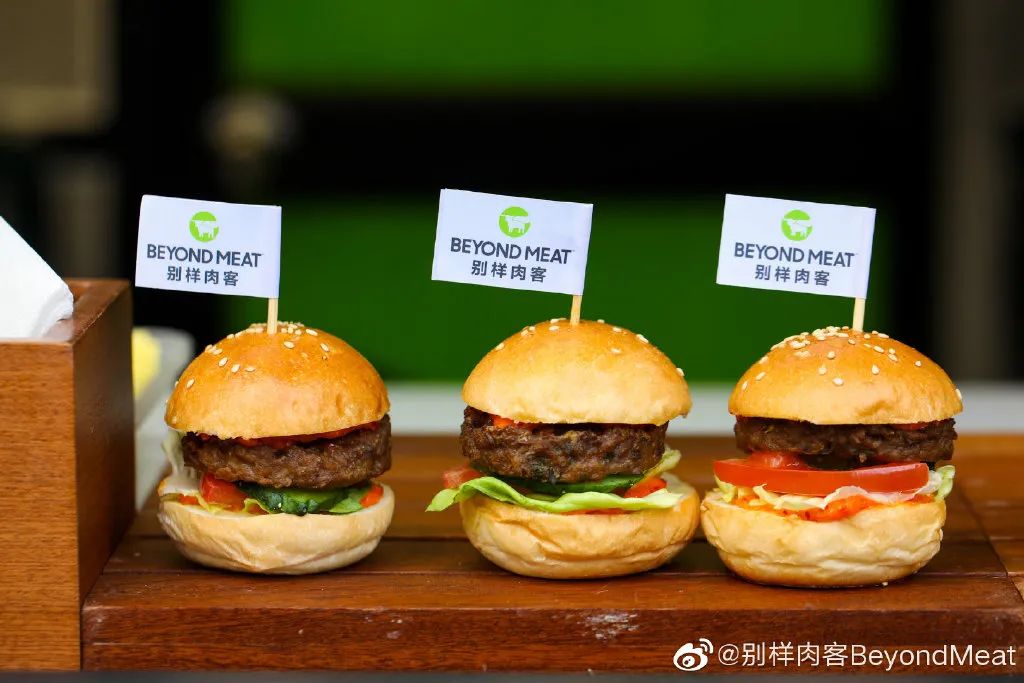 In the retail C-terminal, e-commerce has become another new battlefield, which enriches the story telling themes of the “plant meat” company, which is heavily invested in capital.

Xiaoshidai understands that all the products launched by other meat customers in the Chinese market so far have been moved to its e-commerce flagship store this time, including beyond beef ™）、 Beyond Burger ®）、 Beyond pork ™）。 This also means that the plant pork products specially launched by other meat customers for the Chinese market will also be sold directly in designated cities for the first time.

Interestingly, in terms of product and taste, this American “plant meat” giant did not copy, but did as the Romans do“ Another kind of pork was developed by our team in Los Angeles and Shanghai. From a global perspective, there are three core innovation platforms: beef, chicken and pork. ” The company told xiaoshidai that its plant meat can be used to cook many Chinese delicacies, such as dumplings, Mapo Tofu, lion head and xiaolongbao. 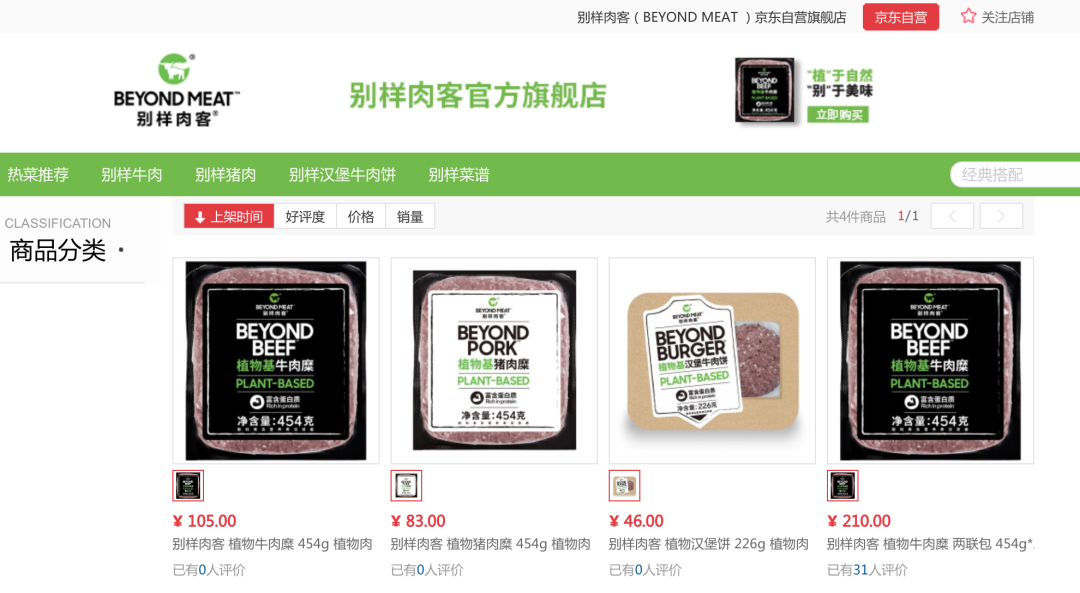 The flagship store of Jingdong

With the further expansion of sales scope, this plant meat brand will be able to reach Chinese consumers in more cities.

“In the initial stage of sales area, we will cover Beijing, Shanghai, Guangzhou and Shenzhen, and in the later stage, we will gradually radiate other 300 cities in China.” The company said that Jingdong has a strong cold chain transportation capacity, and its 18 cold chain warehouses can help other meat customers’ products quickly reach consumers in 300 cities in China.

Interestingly, many of the local and overseas plant meat brands that have grown up in the past two years have chosen the same expansion path: first, cooperate with well-known catering chains to provide consumers with well-made plant meat dishes; Then enter the high-end supermarkets, hypermarkets and other entities or new retail channels, and enter the online e-commerce platform to expand the accessibility.

After the “first shot” in the catering channel, other meat customers began to enter the mainland retail terminals. First, they went online in some HEMA fresh meat stores in July last year and put them in the “frozen meat area” for sale; Then it gradually expanded to more offline supermarkets. 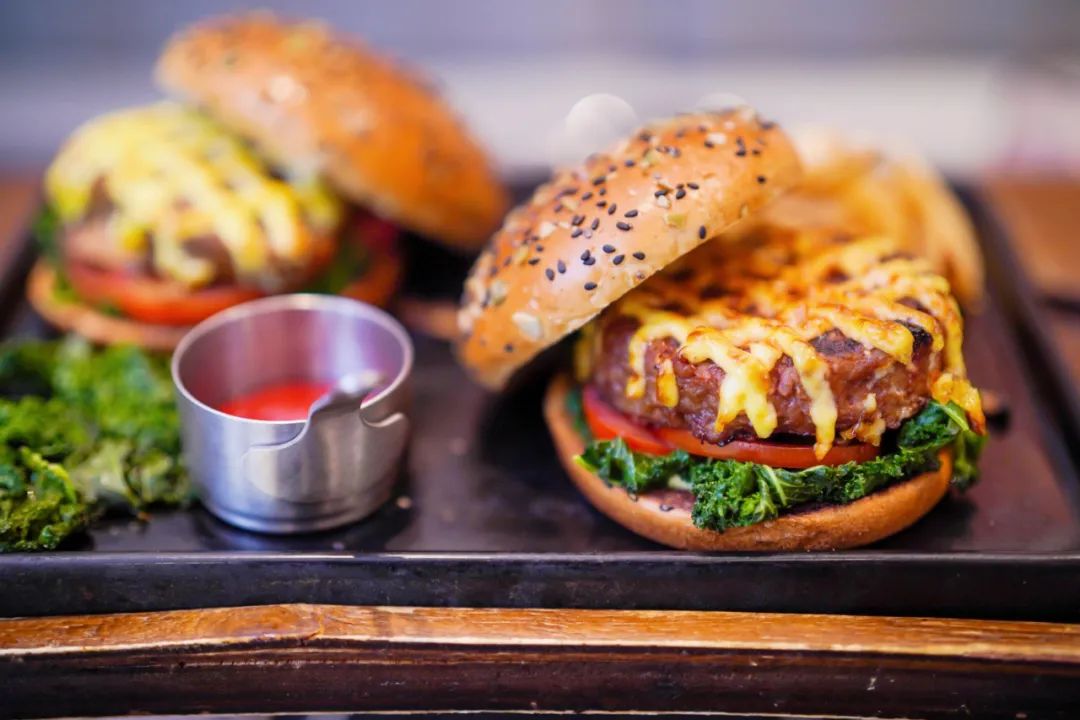 In addition, Unilever’s plant meat brand “Zhizhuo butcher” also chose a similar way of playing. When it entered the Chinese market in December last year, it first chose to cooperate with Burger King“ In the future, Zhizhuo butcher will also lay out in new retail, online and offline channels. ” The company told snack at the time.

It’s not hard to understand. As an innovative category, when consumers are not familiar with plant meat, it is easier for them to reduce the threshold of taste and “plant grass” by introducing finished dishes with the professional level of catering channels. At the same time, it is convenient for brands to test the water in a small range to obtain customers’ feedback. Otherwise, even if a large number of goods are sold offline, they may face the embarrassment of lack of attention, especially the current price of plant meat is generally higher than that of traditional meat. 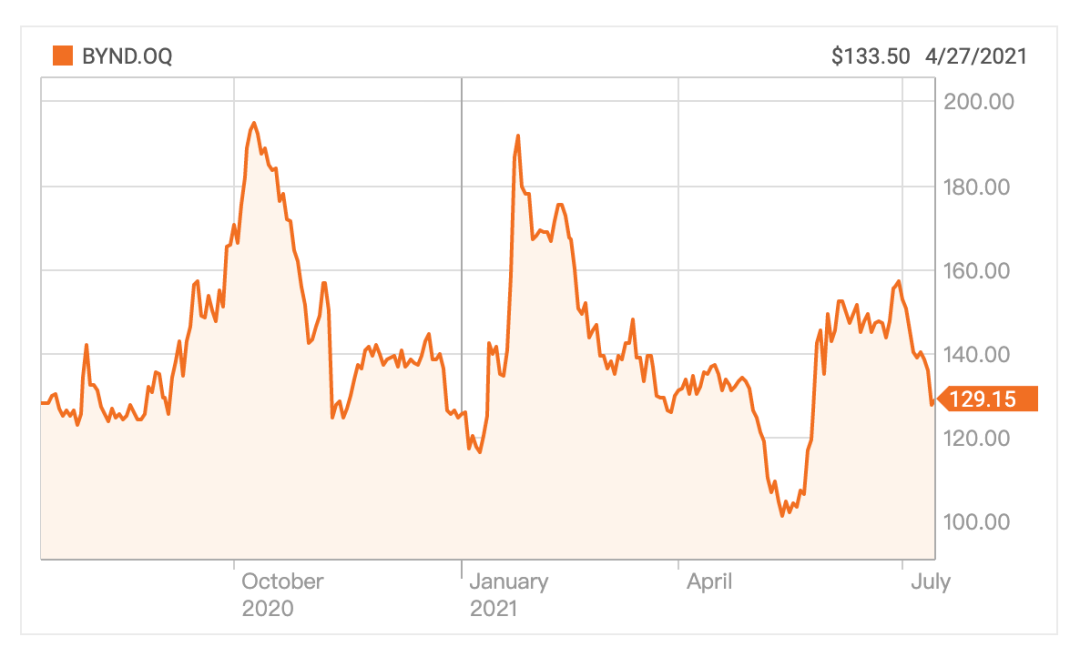 Xiaoshidai noticed that the opportunity for the large-scale expansion of other meat customers in the C-terminal is also quite intriguing – just after it realized the localization production not long ago, which can greatly reduce the price of products.

According to other meat customers today, the different beef, hamburgers and pork products sold in their stores in Jingdong are all produced in their local production facilities in Jiaxing Economic and Technological Development Zone and stored in the cold chain warehouse of Jingdong. Xiaoshidai introduced that in April this year, the plant meat production plant was officially opened, which is the first end-to-end plant meat production facility built by other meat customers outside the United States.

Ethan brown, the company’s founder and CEO, said in a circular at that time that he believed that the new plant would “greatly optimize the pricing strategy” and disclosed that he would enter e-commerce in the future. 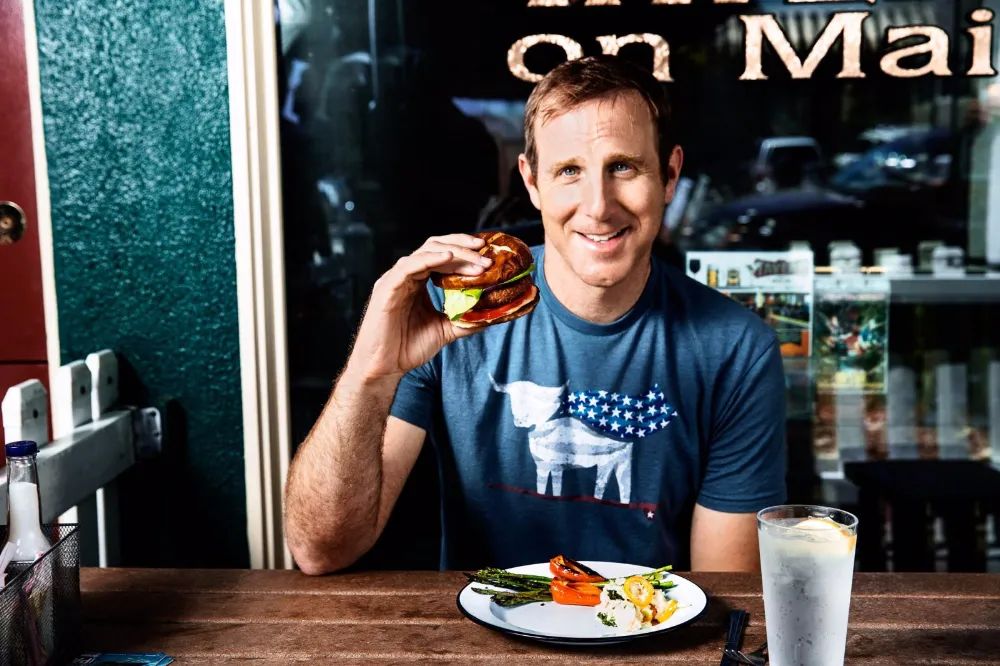 Ethan brown, founder and CEO of beyond meat (photo)

Sure enough, just three months later, this e-commerce plan was implemented, and the commodity price can be called “diving”.

Take the 454g of different meat customer plant minced beef as an example. Xiaoshidai’s search on Jingdong shows that the price of the locally produced version sold in its flagship store is 105 yuan, while the price of the same product imported by other food dealers is about 300 yuan, three times that of the former.

“In addition to focusing on product taste, texture, flavor and taste, we also attach great importance to cost reduction so as to be able to provide plant meat products to customers and consumers at a lower price. That’s why we are the first multinational plant meat company to set up its main production facilities in China. ” Another kind of meat customer said to xiaoshidai today.

The company also reiterated its goal to snack generation, that is, to launch at least one product at the same price as animal meat by 2024“ It’s good for our competition for many years to come. When we try to reduce the price of products in the Chinese market, local production will be a crucial part. “ 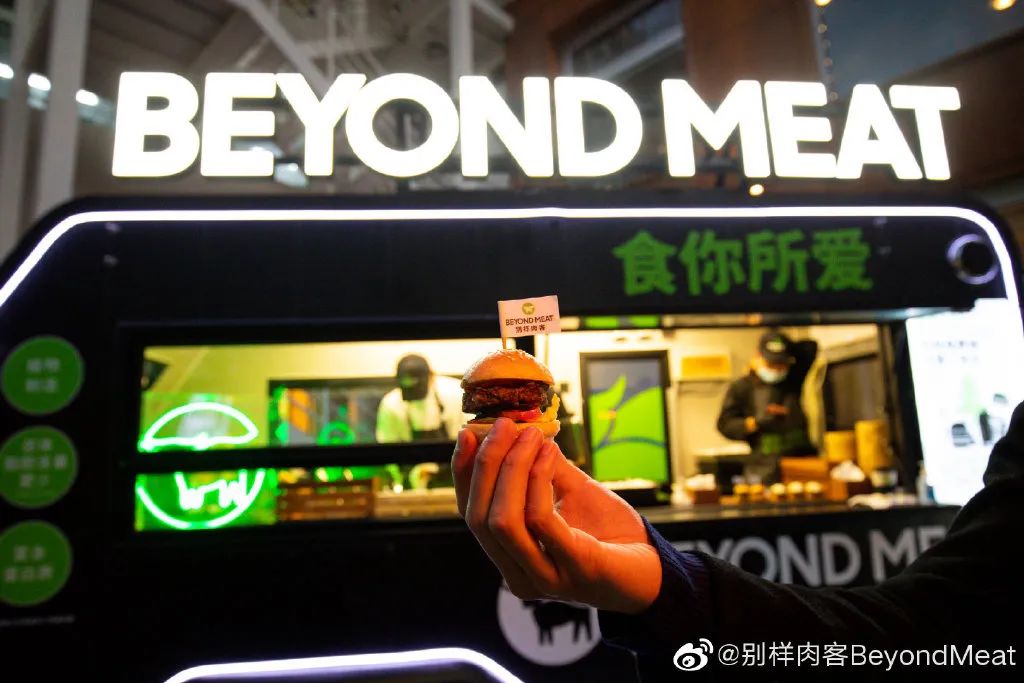 “Our new factory in Jiaxing Economic and Technological Development Zone is equipped with new production facilities. As the new factory is put into use, our production capacity is constantly expanding, and we are able to produce more diversified and localized plant meat products for Chinese consumers.” Candy Chan, general manager of China, said today.

In order to lay out the future growth, other meat customers also plan to continue to expand their production network in China“ The factory we built in China is very advanced, but it is not enough to meet the needs of the Chinese market we envision. Therefore, we will build a new plant (phase II) in the future (in the same park in Jiaxing) Ethan Brown revealed in May this year.

Xiaoshidai has introduced that, in fact, this is also the practice of many plant meat brands in the Chinese market, including Nestle, which sells the plant meat brand “jiazhiyao” in China, and green Monday, a plant-based catering company, which operates the plant pork brand “omnipork”. In addition, local vegetable meat brands, such as zero, are also preparing for their own production capacity, and the self built factory is expected to be officially put into operation by the end of this year. 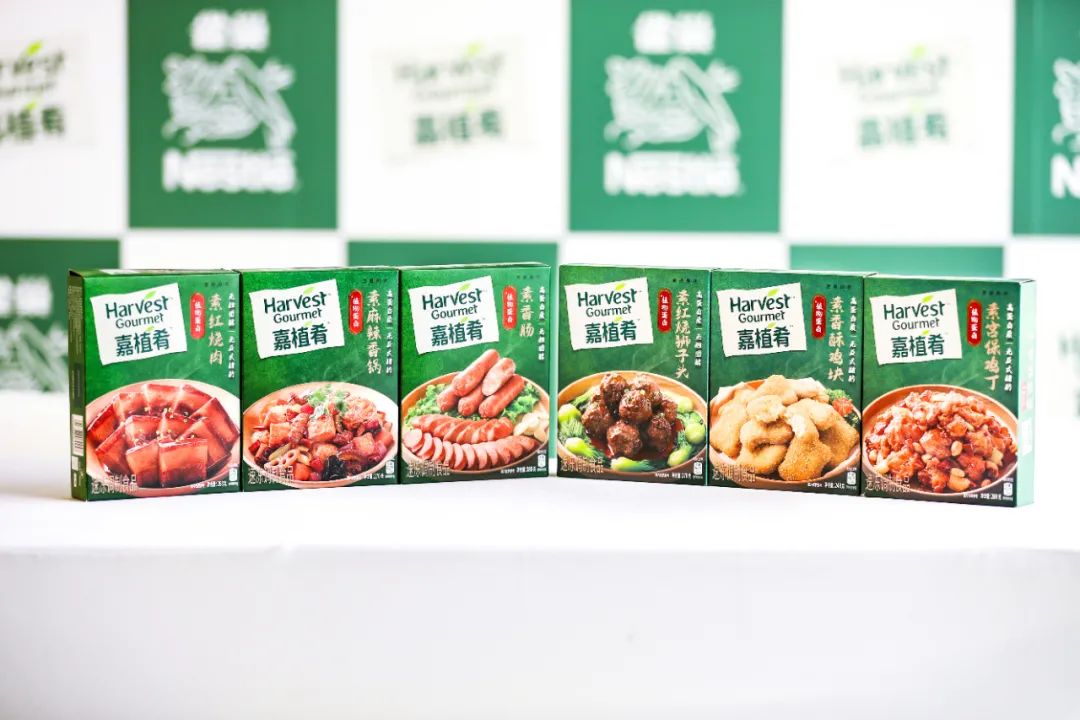 Generally speaking, starting from the supply chain, they will hope to achieve such a “positive cycle” – reducing costs by building local production capacity and large-scale supply, so as to increase sales at attractive prices. In turn, large-scale consumption will further promote production scale and reduce costs. However, the premise that this “positive cycle” will not come to an end is that Chinese consumers are willing to pay for the new product of plant meat on the basis of reasonable prices.

So is “plant meat” really going to the public table now?

It can be seen that, on the one hand, the main selling points of this innovative product, such as “eating more vegetarian”, “low fat, cholesterol free”, “environmental protection, sustainability”, “novelty and fun”, are hoping to attract more and more audiences.

For example, in terms of nutritional composition, according to the introduction of other meat customers, the protein content of vegetable pork products is 18.5g per 100g; At the same time, the content of saturated fat and total fat of minced pork is about 50% less than that of traditional fat and lean pork.

China’s China Animal trend novel coronavirus pneumonia Ipsos 2020 shows that 86% of consumers have changed or will be changing the consumption habits of meat products by the new crown pneumonia epidemic. 21% of consumers have the idea of gradually replacing other animal products with other protein, while 47% of Chinese consumers are willing to choose vegetable meat in Chinese style restaurants. 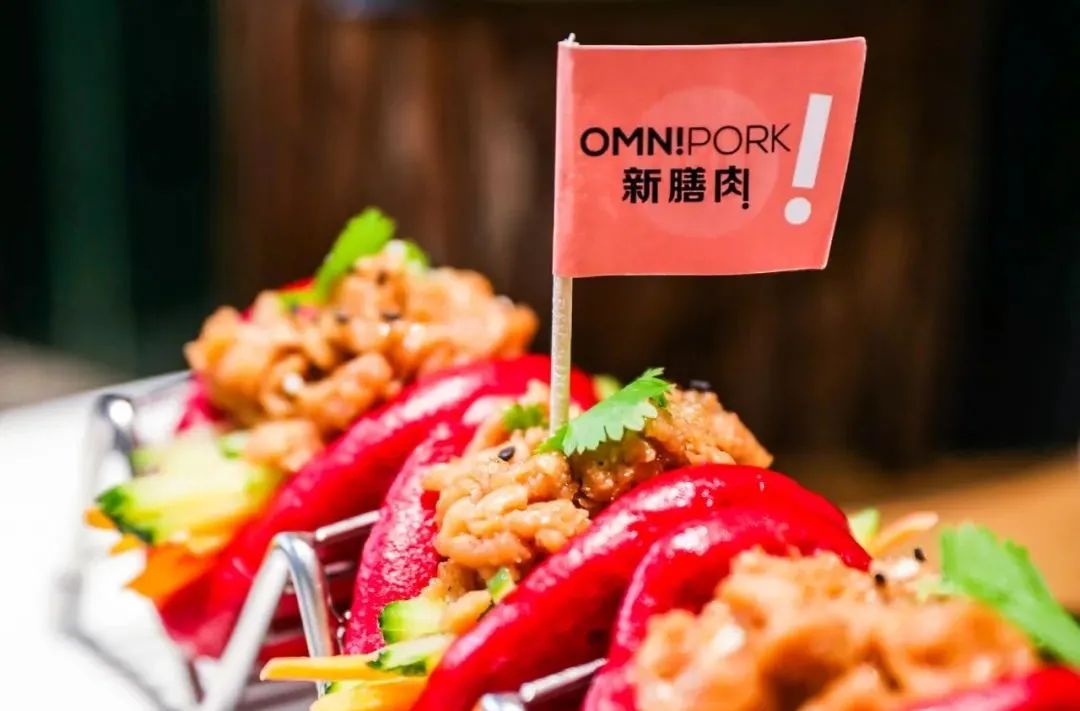 However, on the other hand, there are not a few consumers who hold a wait-and-see attitude or even a skeptical attitude towards “plant meat”.

For example, it can be seen from some platforms such as social media that some consumers who have tried vegetable meat will say that it is “not delicious” in their reviews, or express that they still prefer traditional meat. Compared with the high topic of plant meat, the number of consumers who can really buy or actually buy Plant meat is still small.

On the whole, maybe the reality so far is closer to that: in addition to the people who are “very welcome” and “firmly don’t love”, more consumers know “plant meat”, and many of them are willing to try it, but the proportion of the group that really turns into the actual purchase action is not large.

In addition, the nutritional value of plant meat also caused some academic discussion.

According to Fox News recently, a Duke University study found that the biggest differences in nutritional composition between plant meat and traditional meat are vitamins, amino acids, saturated fatty acids and unsaturated fatty acids. Some metabolites, including creatine and spermine, which have been proved to be essential to human health, are only found in traditional meat or have higher content.

“But some people can live a healthy life if they choose a vegan diet – it’s very clear.” What consumers need to know, the researchers said, is that plant meat and real meat are “not interchangeable” in nutrition. “This is not to say that one is better than the other. They provide different nutrition and can complement each other.” 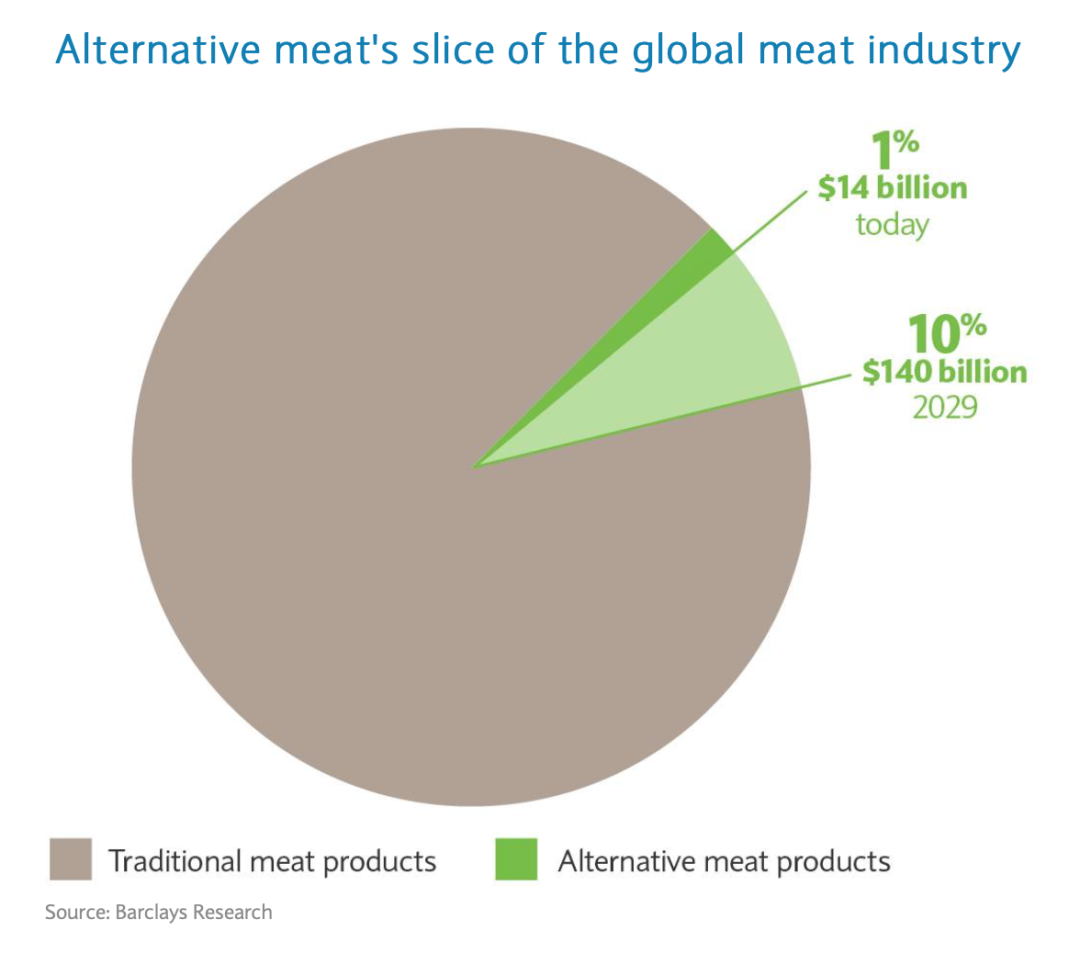 However, the current challenges do not prevent large companies and start-ups from “laying out their future needs”. According to the data, in 2019, vegetable meat will account for 1% of the world’s $1.4 trillion meat industry. According to the prediction of Barclays, the proportion of this category will increase to 10% by 2029 (that is, to $140 billion).

Follow “xiaoshidai” (wechat: foodinc) “and reply” beyond meat “to see the wonderful news.