At a time when capital is pouring into the boutique coffee track, a pair of newly released “CPS” – seesaw coffee and tea, which are quite unexpected, have made many people “double chefs ecstatic”.

On July 21, the local well-known boutique coffee chain, established in Shanghai in 2012, announced that it had completed a + round of financing of more than 100 million yuan, Xi tea took shares, and Hony Baifu, the old shareholder, followed the investment. It is reported that this round of funds will be used for national store expansion, supply chain construction and digital construction.

“We started financing in March and finally chose Xi tea because I think they are more helpful to our business development at this stage.” Sally Wu, founder and CEO of seesaw coffee, told snack generation today. 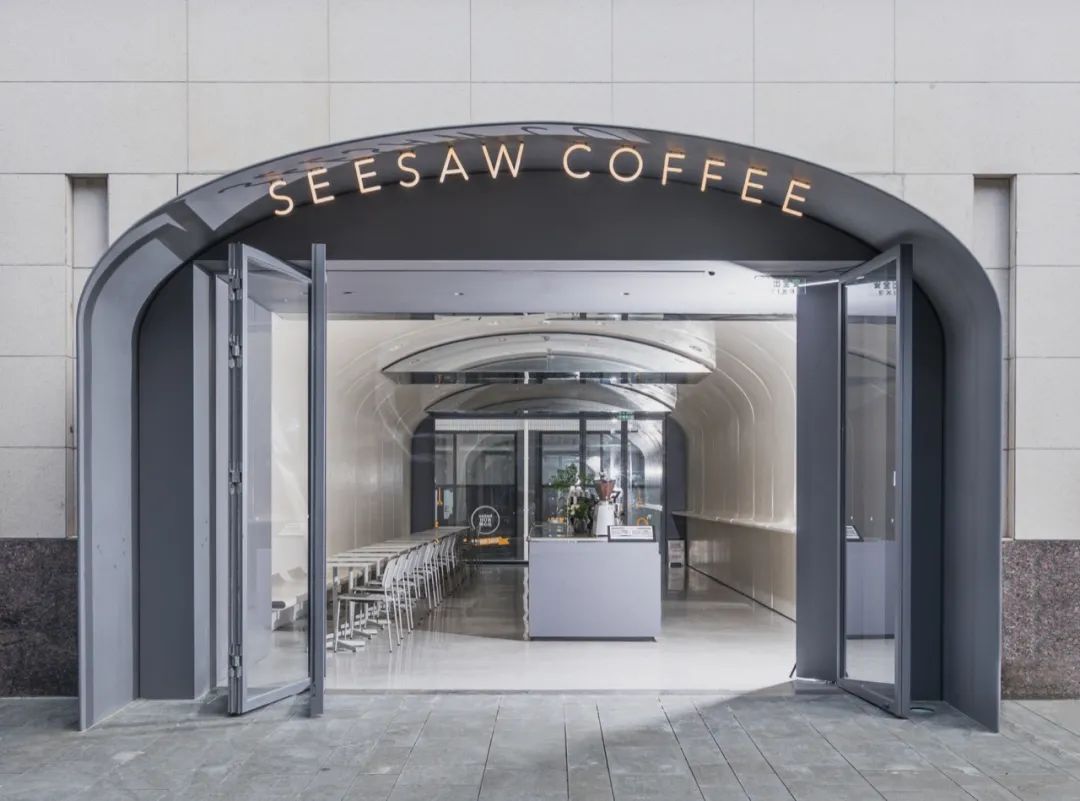 In the above exclusive online communication with xiaoshidai, she revealed the next actions of both sides after holding hands with Xicha. She also talked about seesaw’s strategic adjustment since last year, its business performance since this year, and the future planning and development goals of stores and new products.

Perhaps more dramatic than seesaw and Xi Cha coming together, this investment was finalized in a late night phone call.

“I haven’t met NEO (NIE Yunchen, founder of Xi tea) until now.” Sally told Xiaoshi Dai, “Baifu is our old shareholder. Wang Xiaolong, CEO of Baifu holdings, is familiar with the two of us. He knows that we are looking for financing, and Xicha is also looking at opportunities, so the three of us talked on the phone, and it was decided, and then we began to go through the process.”

However, before that, in fact, the two founders had known each other for a long time“ Because the tracks of milk tea and coffee are very hot, and the two categories are similar, we have paid close attention to each other silently for a long time. We have been looking at each other’s products, brands and store designs. We also chose the same designer very tacitly, and our product R & D employees know each other privately, so we hit it off this time. ” Sally said. 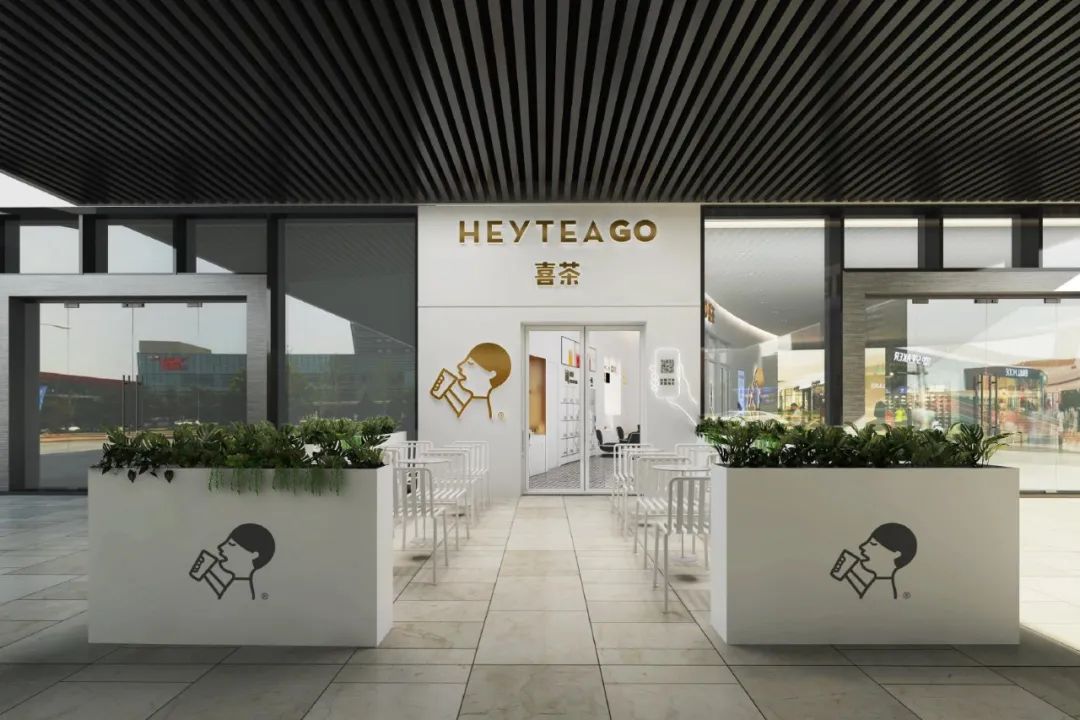 Naturally, there are deeper considerations behind this – seesaw is more eager for strategic investors who can bring more resources and ideas at this stage than financial investors who simply bring funds.

So, what substantive changes will the addition of Xi tea bring to seesaw?

The snack generation learned that, first of all, at the brand and product level, the joint activities of the two sides will be launched in August this year. Secondly, in terms of store expansion, both sides can share experience and resources, “because the direction of our site selection is relatively similar, that is, the best properties in first tier and new first tier cities.” Finally, in terms of supply chain and digitization, seesaw can also learn the “tea loving experience”, such as the supply chain building of fresh fruits, the operation of small programs, etc.

First tier cities and new first tier cities will be the focus of expansion“ We will continue to open stores in Shanghai, East China, Beijing and Shenzhen. ” Sally said that seesaw’s store opening strategy is to focus on the top 10 cities in China’s GDP. “We have now entered eight cities and will enter Guangzhou and Wuhan next year to achieve full coverage. We will first encrypt the store network in these 10 cities with the most developed economy. “ 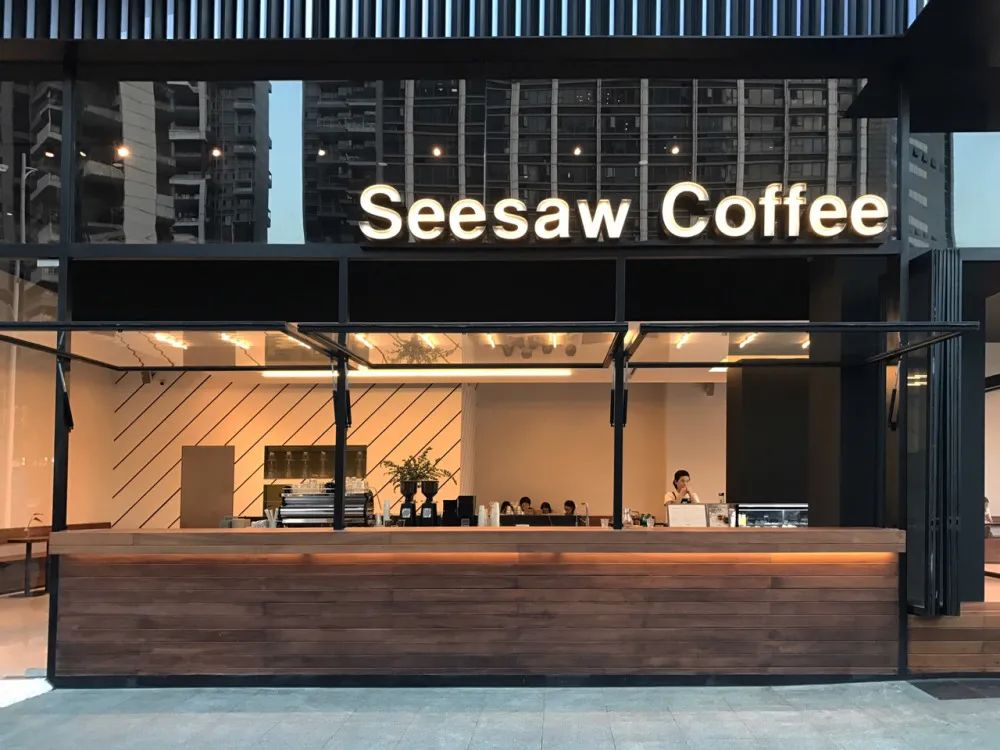 At the same time, this boutique coffee shop is also making some new attempts in store types.

For example, in August this year, seesaw will launch a new model of “day coffee night wine” in a store in Jing’an District, Shanghai, selling coffee during the day and alcoholic drinks at night. This approach was not initiated by seesaw. Previously, Starbucks, m stand and other coffee chains have tried to sell wine.

“As coffee is a refreshing product, it is difficult to cover it at night, so we have developed several wine products and want to try selling it at night to see how the market responds. If it sells very well, we will promote it in all stores. ” Sally told the snack generation. 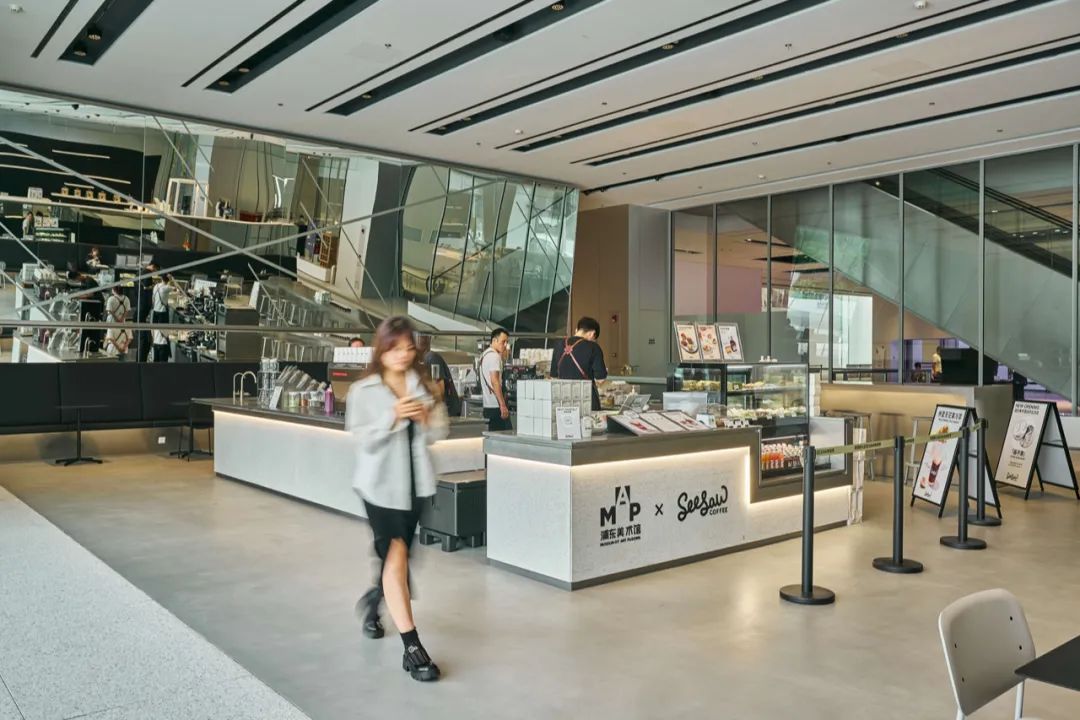 “The Pudong art museum store we recently opened is the third type of store.” For example, Sally said that the store is about 200 square meters. From product to space design, she has conducted in-depth cooperation with Pudong Art Museum, including providing customized products limited by the art museum“ The effect of this store is very good. Its monthly performance exceeded 1 million, which also set the record of the highest monthly performance of our store. “

From niche boutiques to mass creativity

One notable change is that since the outbreak last year, seesaw’s strategy has undergone a great change – this boutique coffee shop has begun to focus more on the public demand for creative coffee than the niche style of coffee tasting culture.

I have to say, this may be a very smart approach.

Because in the impression of many consumers, boutique coffee shops seem to have a certain threshold naturally, and there are many “knowledge points” about coffee products and consumption behind them, such as coffee bean origin, variety, flavor, baking degree, brewing method and so on. On the one hand, it brings more high-end experience and fun, but on the other hand, it will also make many consumers who are not senior coffee lovers and senior players feel a sense of distance.

“We have done a lot of popular science about how to taste coffee and how to distinguish different coffee, and then the market will think that high-quality coffee is a high threshold. But in fact, for consumers, I think it’s not so important for them to distinguish whether they are high-quality products, as long as they have a good overall feeling. ” Sally said.

She believes that consumers’ demand for coffee mainly falls into four categories: refreshing demand, social demand, punch in demand and delicious demand“ When we opened our first store in 2012, we met these four needs and created a very different experience from Starbucks in many dimensions. Then we called such an upgraded store a boutique coffee shop. “

“For consumers, if they want to identify whether this is a boutique coffee shop, the simpler way is to look at the size, intensity and bitter taste of this cup of coffee.” For example, Sally said that the baking concept of traditional coffee shops is heavy baking, “I think it’s too hot and bitter for Chinese consumers, while the baking concept of fine coffee is medium and shallow baking, which will have richer coffee flavor and a sense of hierarchy.”

This is the “first stage” of seesaw’s development.

“We have done a lot in coffee heritage and coffee culture. I think this must be the first step for the brand, that is, you should know your products very well and create the image of industry experts. ” Sally told the snack generation, but now, seesaw’s strategy has changed, and the target customer group is the “very energetic and fresh” young generation. 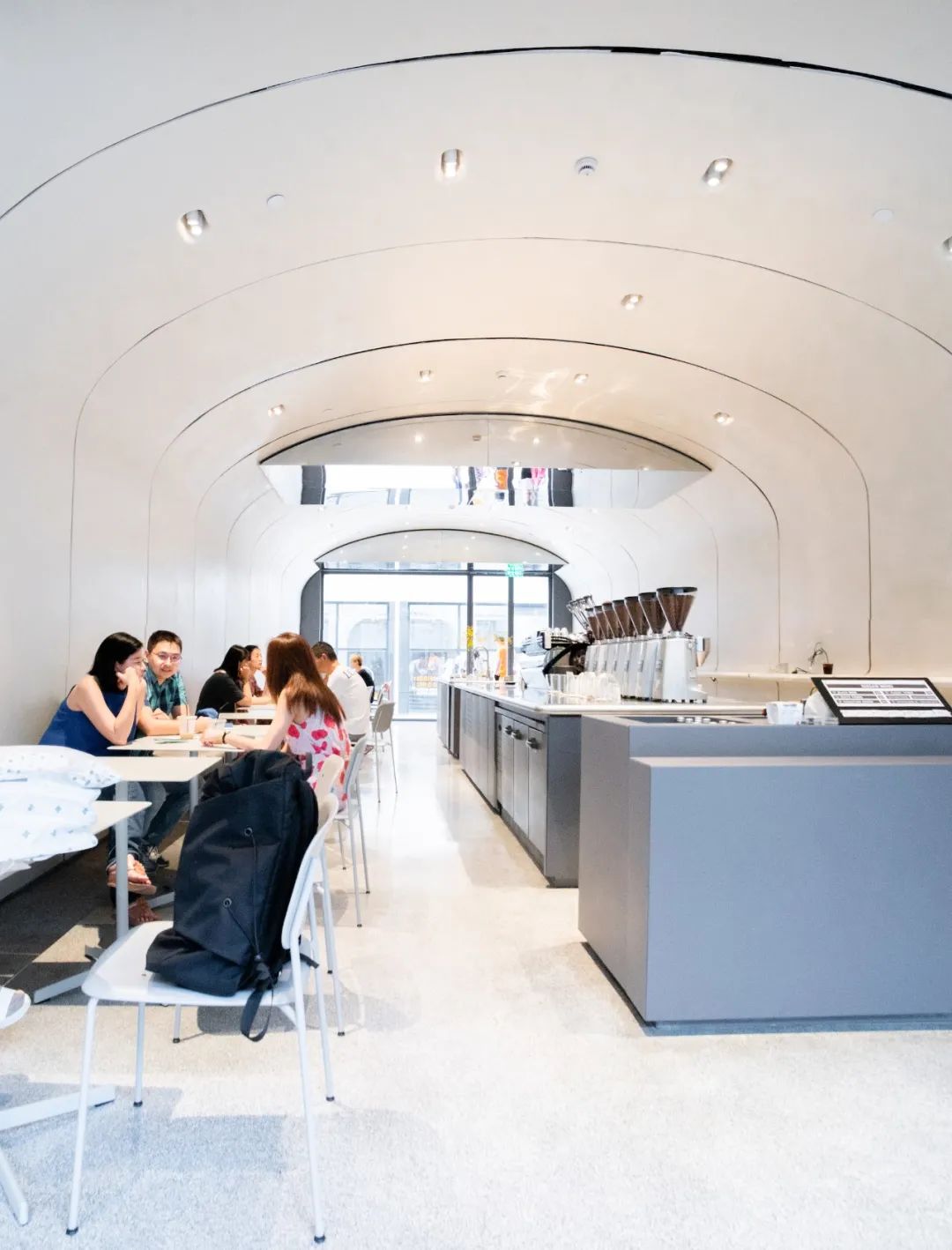 At present, this boutique coffee chain has four categories of products“ The first is traditional coffee, such as American and latte. The second is the creative coffee series launched last year. The third is food, such as cake. The second is packaging retail goods, such as coffee beans. ” Sally said that seesaw launched up to 60 new SKUs in the first half of this year.

“We are doing all kinds of attempts, small steps and fast running.” She said.

Xiaoshidai learned that at present, seesaw mainly carries out “innovation” according to the rhythm of the fourth quarter of the year. In addition to developing new products in taste, seesaw will also create the overall concept of products in the current season to deepen consumers’ impression, At the same time, it also needs to run in with suppliers – for example, the “cold extract coffee liquid” now used as the base of many seesaw new products was not common in the past.

“Now, we will focus on creative coffee, and then food.” Sally said that since September last year, seesaw has established “creative coffee” as its key category at the level of product strategy“ Our operation colleagues, supply chain and brand promotion are all in this category (investment), so we have made a great change. “ 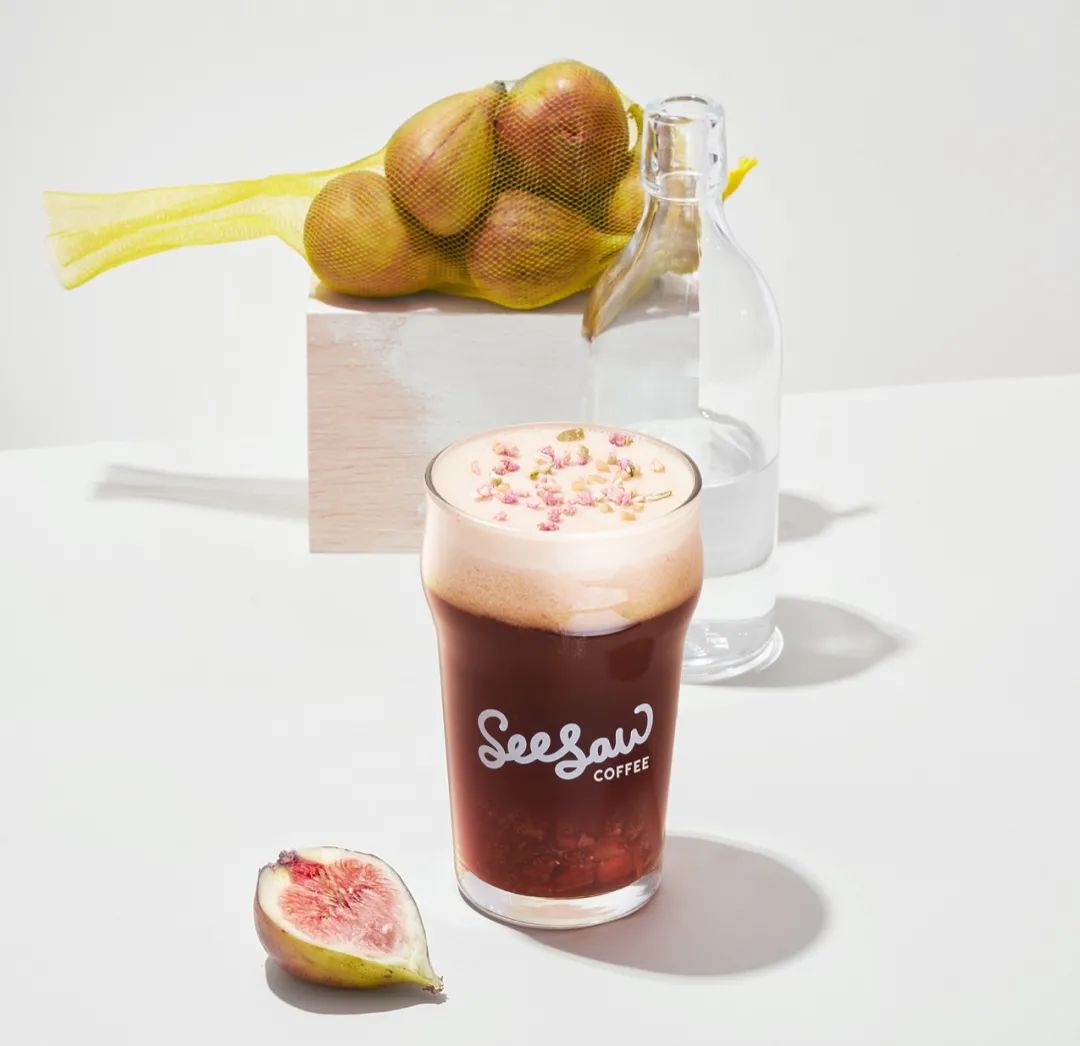 This strategy has initially worked. It is revealed that seesaw launched a fig cold extract in April this year, which ranked first in the sales of single SKU in July. This is also the first time that the creative coffee category has become the single SKU sales crown in seesaw system.

This also gave seesaw greater confidence in growth. According to Sally’s disclosure to the snack generation today, in the first half of this year, seesaw’s online retail business increased by “more than ten or twenty times” year-on-year; Offline same store sales increased by 80% – 100% year-on-year, and it is expected to increase by about 50% in the whole year.