Despite the continuing challenges of the epidemic, KFC and Pizza Hut’s parent companies still decided to accelerate the expansion of store network to layout future growth.

Xiaoshidai noted that today, yum China Holdings Limited (NYSE: yumc and HKEx: 9987) announced its unaudited results for the second quarter of fiscal year 2021 as of June 30, 2021. According to the financial report, the total revenue of the company was US $2.45 billion, a year-on-year increase of 29%, and the operating profit was US $233 million, a year-on-year increase of 83%. Based on the fixed exchange rate, the system sales and same store sales increased by 14% and 5% respectively. 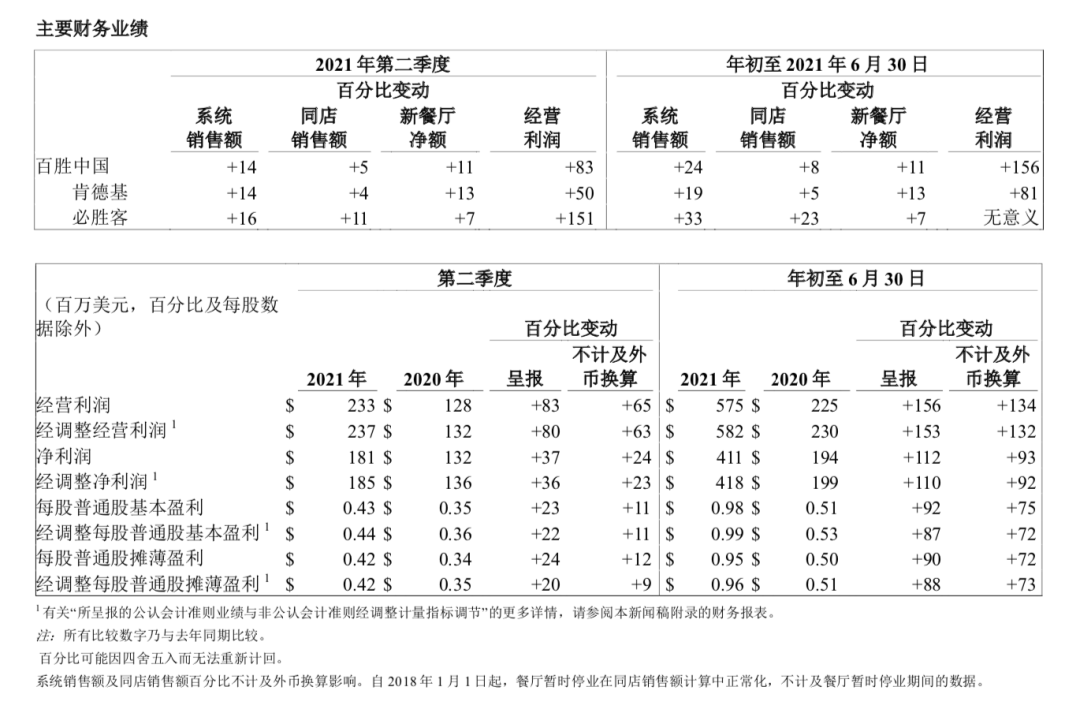 It is worth noting that after handing over a good quarterly report card, the company also updated its performance outlook for 2021 and raised its capital expenditure expectation today, mainly because it increased the “task” of opening new stores.

1300 new stores are expected to open this year

Now, the catering giant has set itself a goal of surpassing “1000 stores a year”.

“In 2021, we expect about 1300 new stores to be opened.” Qu Cuirong said today. This is significantly higher than the original goal of opening 1000 new stores, and the “main force” of opening new stores is still the two largest chain brands of the catering giant: KFC and pizza hut.

These two catering brands accelerated their expansion and achieved systematic sales growth in the second quarter.

Yum China pointed out in its financial report today that KFC’s performance remained resilient this quarter, entering more than 100 cities and opening 280 new stores, with a total of more than 7600 stores“ And the cash recovery period and profitability of new stores in cities at all levels have maintained a healthy level “. In this quarter, driven by the expansion of stores and the growth of same store sales, the sales of KFC system increased by 14% year-on-year, an increase of 7% over the same period in 2019 before the epidemic. 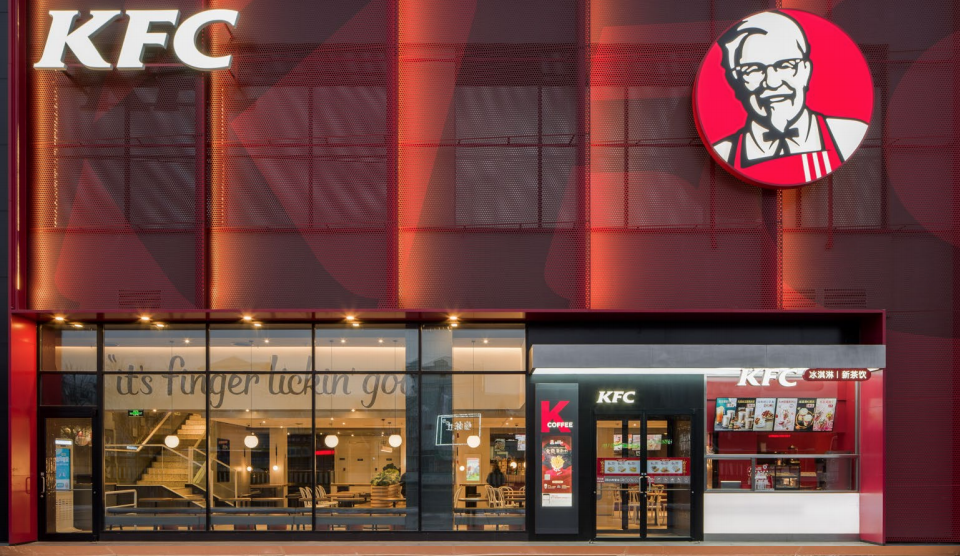 As for pizza hut, yum China said the revitalization measures had achieved “remarkable results”. According to the financial report, Pizza Hut’s operating profit more than doubled over the same period last year. Compared with the level before the epidemic in 2019, Pizza Hut’s same store sales continued to recover, and the system sales resumed positive growth.

It is worth noting that Pizza Hut added 70 stores in the first half of this year, the largest year-on-year increase since 2016“‘ Satellite stores and other small stores have proved successful. At present, most new stores adopt this kind of model. The economic benefits of stores continued to improve, and the cash payback period of new stores also maintained a healthy level. We will continue to increase store density and penetrate into more new cities. ” The company said. 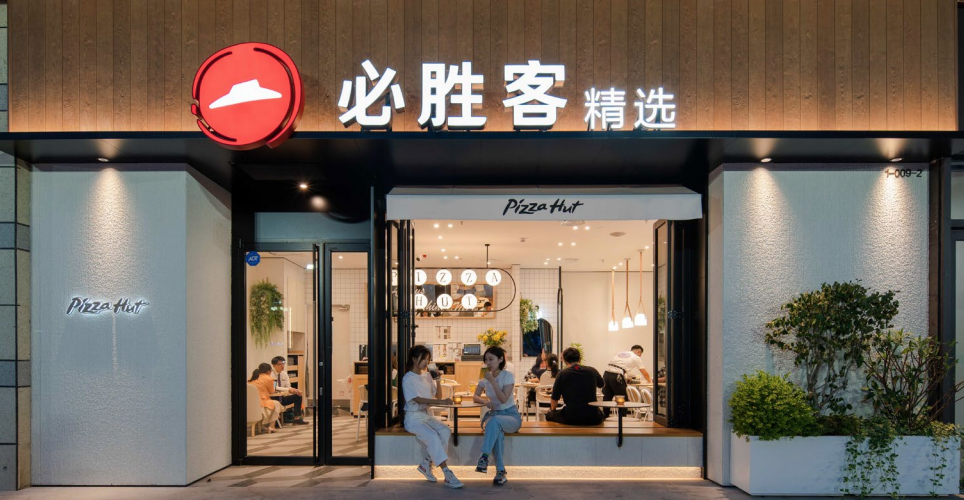 Due to the increase of new stores and increased investment in infrastructure and digitization, yum China recently said today that the expected capital expenditure in fiscal year 2021 is about US $700-800 million, an increase from the initial target of US $600 million.

In addition to the growth of new stores, yum China is continuously updating menus and expanding new businesses.

For example, the snack generation noticed that KFC continued to innovate in the direction of “regional cuisine” and launched some authentic cuisine with local characteristics, such as hot and dry noodles in Wuhan and xiaolongbao in Hangzhou.

According to Yum China, Pizza Hut upgraded its menu in March this year, updated 40% of its products, and expanded the price range of its products to improve its cost performance. As introduced by the snack generation, Pizza Hut launched 13 new pizza products called “high cost performance” in China in June this year, which is one of the most important new actions of the brand in recent years. 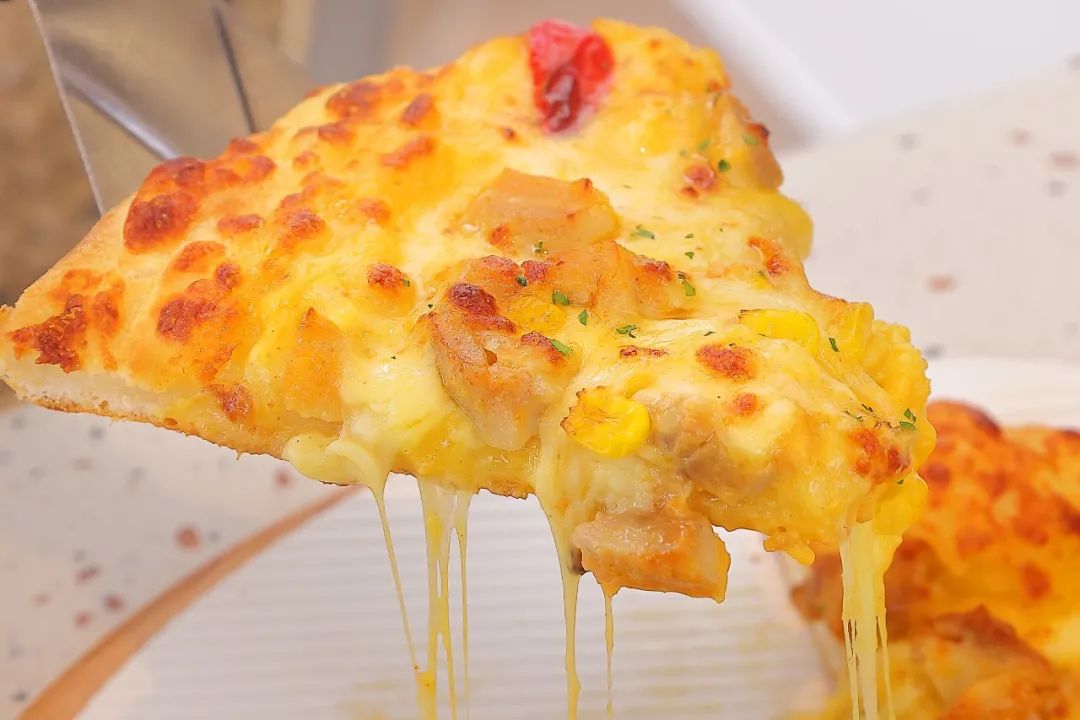 In addition, yum China continues to overweight its coffee business. The results showed that the number of stores in Lavazza tripled in the second quarter. Yum China currently has 14 Lavazza stores in Shanghai, and the first store in Hangzhou will also open today.

The single store sales of coffii & joy, another coffee brand of the company, doubled compared with 2019, and “a considerable number of stores achieved breakeven” at the end of the second quarter.

Snack generation noted that in the second quarter, several brands of the company launched retail products using their online platforms and offline stores, such as K coffee’s newly launched cold extract coffee. Take KFC as an example. So far, its packaging and retail products have covered many categories, such as snail powder, frozen chicken soup, Japanese fried powder, chicken breast, steak, high-quality instant coffee and so on. 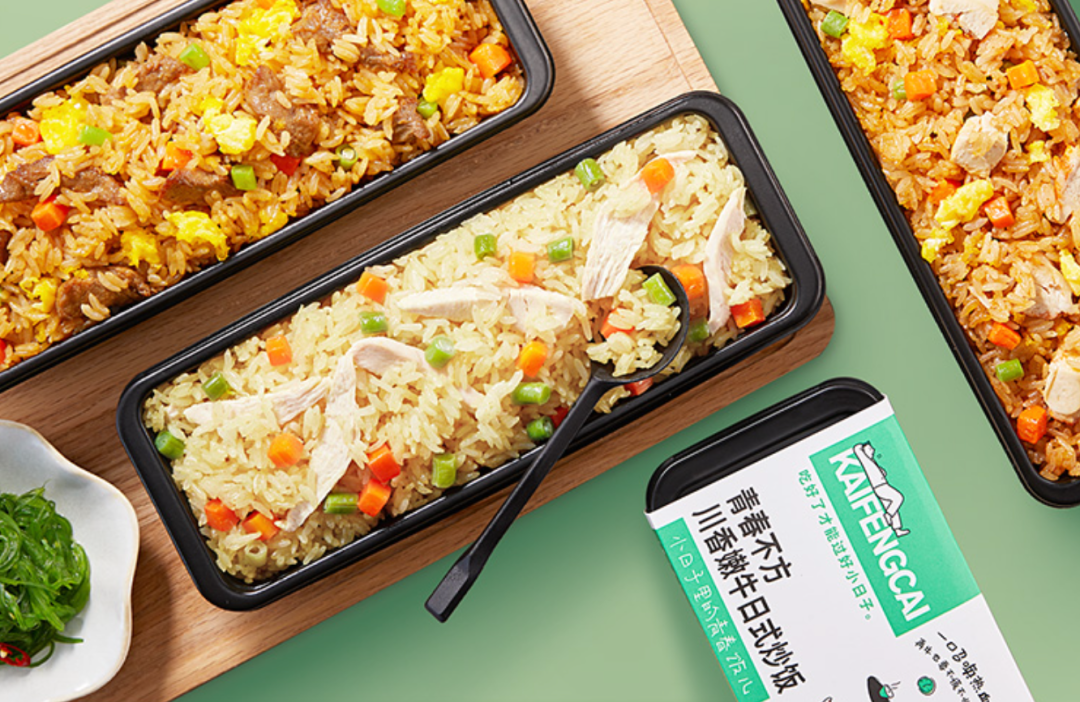 In the post epidemic era, as takeout, takeout and dining at home are becoming more and more popular, yum China is also promoting sales by strengthening its digital and distribution capabilities.

According to the financial report, yum China recruited more than 10 million new members in the second quarter, making the number of members exceed 330 million at the end of the second quarter, and the member sales account for about 61% of the system sales. In addition, digital orders (including takeout orders, mobile phone orders and self-service ordering machine orders) account for about 85% of the restaurant revenue of KFC and pizza hut; Among them, takeout sales account for 30% of the revenue of KFC and Pizza Hut restaurants.

“We meet takeout and takeout needs through a mixed delivery model and continuously increasing store density. With our huge membership system and digital platform, we are more flexible than ever. ” Yum China said.

Yang Jiawei, chief financial officer of Yum China, said today that although the recovery process in this quarter was disturbed by the epidemic caused by delta mutant strain in southern China, compared with the same period last year and the level before the epidemic in 2019, the company still achieved steady growth in system sales and operating profit.

“As the impact of the epidemic still exists, we continue to expect that it will take time for the same store sales to fully recover to the level before the epidemic in 2019. The recovery process is nonlinear and uneven.” In addition, rising raw material prices will have an adverse impact and may cause inflationary pressure later this year, he said. Recent wage increases will also put pressure on profit margins in the second half of this year. 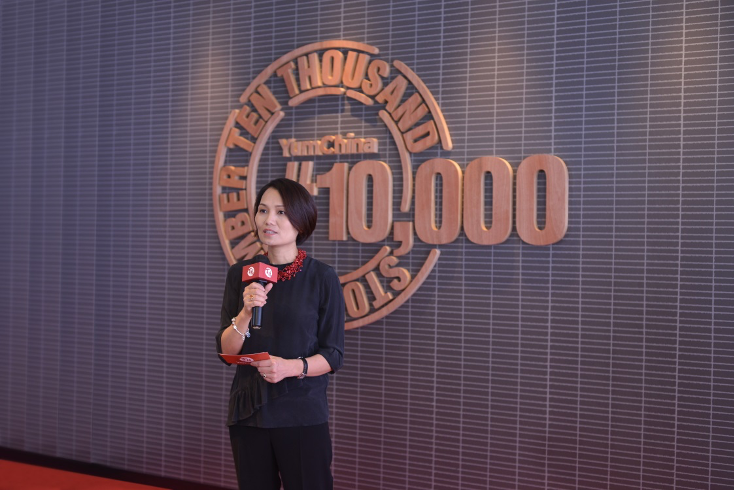 “Although COVID-19 brings challenges to the company, we are fully capable of catching China’s market opportunities. We are committed to and confident of sustained growth in the future. ” Qu Cuirong said today.

Pay attention to “snack generation” (wechat: foodinc) “and reply to” Yum “to see the wonderful news.