As the epidemic continues to repeat and new changes occur, McDonald’s, a global fast food giant, is trying to respond flexibly through various measures.

Xiaoshidai learned that recently, after the release of the second quarter financial report, Chris kempczinski, Global CEO of McDonald’s, and Kevin ozan, global CFO of McDonald’s, attended the performance meeting for Wall Street analysts. At the meeting, the company’s headquarters executives talked about the latest performance in the Chinese market, digital initiatives such as overweight app and delivery, as well as the situation of repeated epidemics. 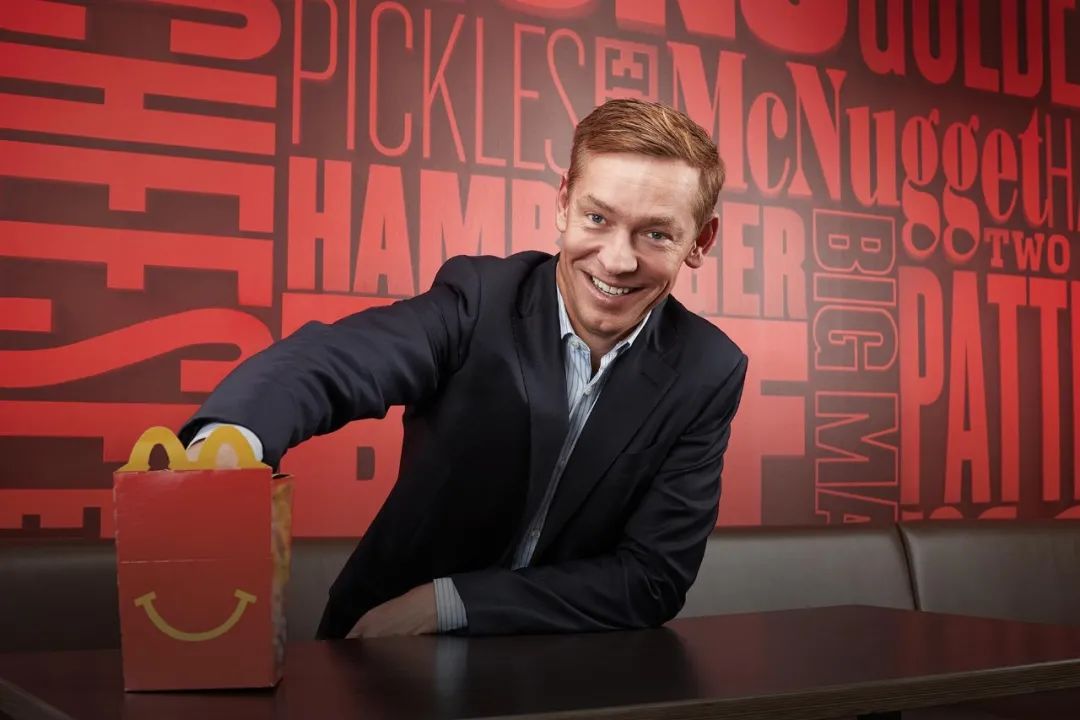 Tonight, we might as well learn about the latest trends of the global fast food giant.

Let’s focus on the company’s interpretation of China’s performance.

“In this quarter, the same store sales of McDonald’s international franchise market business segment increased by 32%, which was flat on a two-year basis (Note: it fully recovered to the level before the epidemic in 2019). The performance is mainly driven by the growth performance of Brazil, Japan and China. ” Ozan said at the meeting.

He said that these market performances benefited from strong menus and promotional activities, delivery growth, and McDonald’s ability to continue to provide customers with their favorite meals safely and conveniently under the epidemic.

“In the Chinese market, same store sales performed strongly in this quarter.” In addition, McDonald’s China has more than 4000 restaurants in June this year, and is now moving forward. 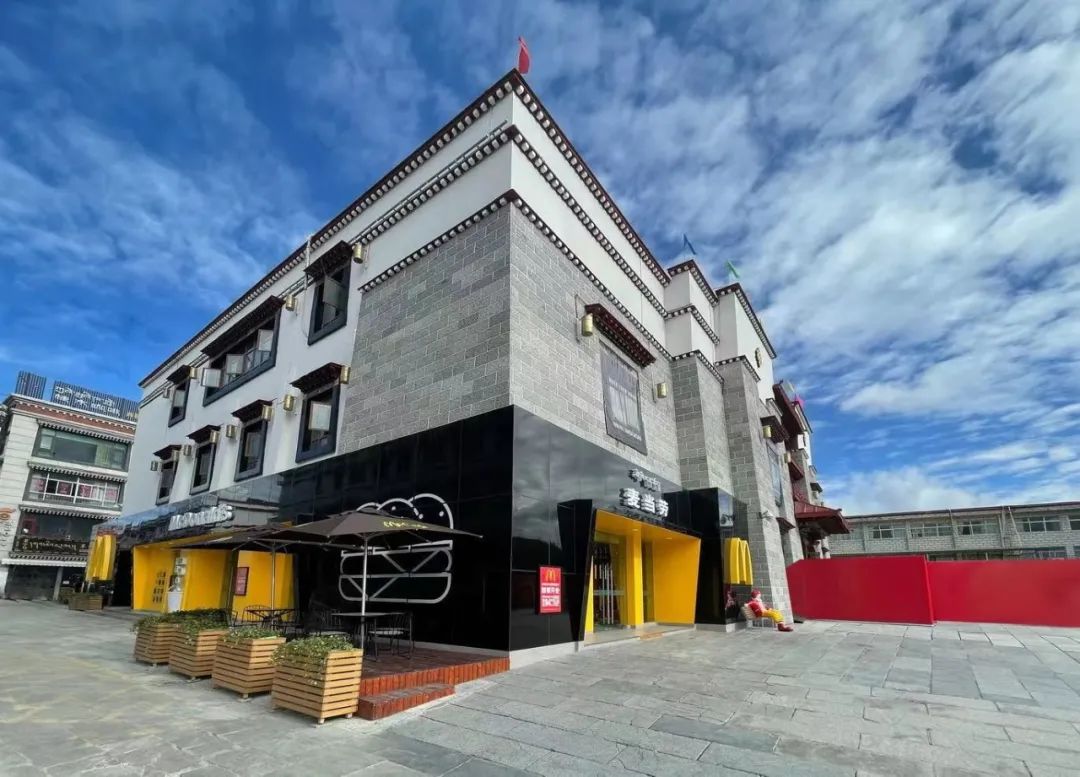 The snack generation introduced that since May 18 this year, this catering giant has started to promote its new McDonald’s app on the line after a major revision. In the Apple App store, the app ranked first in the food & drink category for four consecutive weeks.

This version has been upgraded in many aspects such as interface design, dynamic effect details and response speed“ For example, when a customer buys an extra spicy chicken leg hamburger, the spicy chicken leg hamburger will fall into the shopping bag through a parabolic trajectory, accompanied by a realistic gravity falling effect. ” McDonald’s China it relevant person in charge told the snack generation that he had previously introduced it to the snack generation.

Interestingly, unlike many catering businesses that rely more on third-party takeout platforms under the epidemic, McDonald’s pays more and more attention to building private domain traffic in the process of digital transformation.

Generally speaking, most customers are more accustomed to placing orders through the third-party takeout platform or applet platform; For catering brands, making their own app is also a more “investment oriented” approach. But McDonald’s obviously doesn’t want to take a “shortcut” completely.

“We hope that our own app will become a major traffic portal for McDonald’s loyal users. On our own app, we can do some exclusive activities for loyal users.” The relevant person in charge of McDonald’s China it once told the snack generation.

In the past weekend, McDonald’s China launched a large-scale annual membership activity. According to this year’s “88 golden powder Festival”, for 28 consecutive days from August 8, McDonald’s members participating in the activity area can enjoy limited discounts on the day, including classic hamburgers and popular snacks, in restaurants or through Melo delivery services. 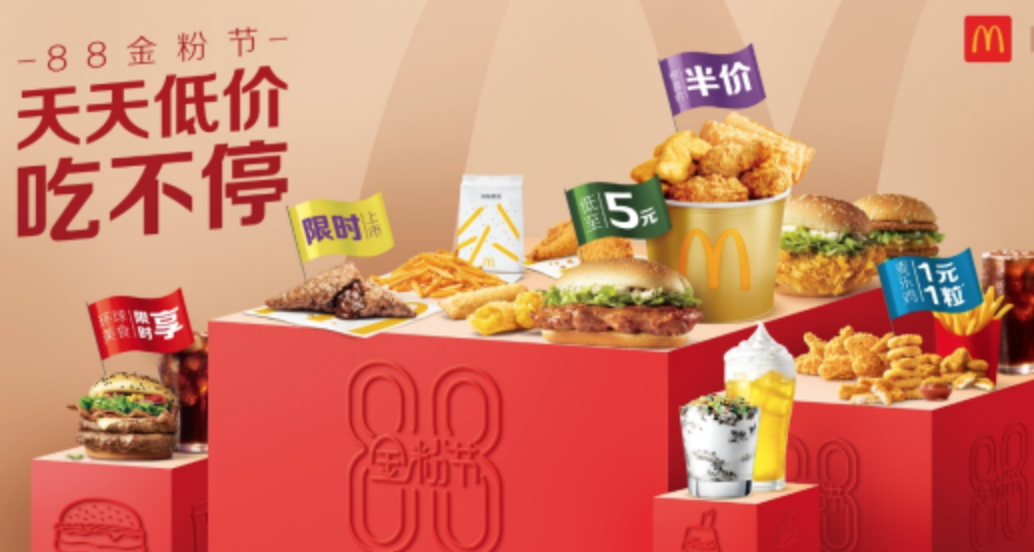 It is reported that consumers can register members in the newly upgraded McDonald’s WeChat applet, Alipay Mini program and official App platform, and receive relevant concessions.

“Digitization is a powerful engine driving our rapid development,” said Zhang Jiayin, CEO of McDonald’s China. “In order to provide members with smoother and more efficient digital services, we launched a new version of McDonald’s app and applet this year. At the same time, we continue to expand food materials, innovate products and provide rich value-added combinations. “

The first CCO in history

“Initially, our restaurant experience was relatively simple. Customers go to the counter to place an order, and then they can get a fresh and delicious hot food soon. ” Kempczinski said at the meeting that in the early 1970s, McDonald’s launched a new service channel “drive through” restaurant.

“In the past few years, we have added more service channels, including delivery, roadside pick-up station and meal delivery to table service. At the heart of these innovations is our global mobile application (APP), which extends our customer experience from the real world to the digital world. ” He said.

He said that as this expansion continues, McDonald’s digital products will become more important in terms of service and interaction with customers around the world, and the insight provided by these platforms will help the company further improve the customer experience“ In the whole process, our marketing ability and scale will still be crucial. We want to turn various customer contacts into an attractive overall brand experience. ” He said.

To this end, the catering giant even set up a new executive position and a team.

“We have a higher vision. In order to achieve those goals, we need to create a smoother customer experience in all service channels. We should seamlessly connect services between various channels such as in-house food, take out and delivery services, so as to provide more convenient and personalized services. ” Kempczinski said at the meeting. 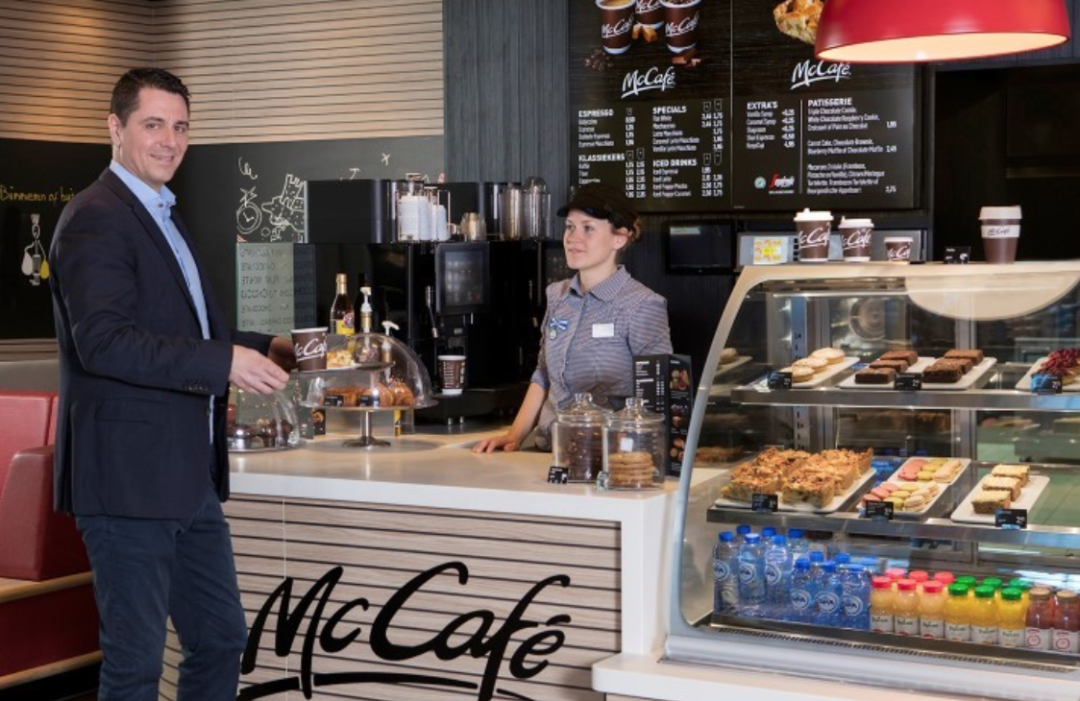 “That’s why earlier this week, we were pleased to announce that under the leadership of Manu steijaert, the first chief customer officer in McDonald’s history, we have formed a team responsible for managing the end-to-end customer experience. Manu oversees everything from the design and construction of restaurants and physical stores to the digital experience we provide our customers. ” He said.

The team will be led by manu steijaert, who once served as vice president of McDonald’s international operation and marketing. He has served as CCO since August 1 this year and reports directly to Chris kempczinski, Global CEO of McDonald’s.

Kempczinski pointed out at the meeting that since McDonald’s had previously completed the launch and upgrading of the “experience of the future” (eotf) around the world, Manu and his team will now focus on “how to use our existing foundation to promote sustainable growth in our system to a higher level”.

In addition to digitization, kempczinski also mentioned that McDonald’s is accelerating its growth by focusing on the core menu.

“We are further exploring customers’ needs for familiar food and making their favorite chicken, hamburger and coffee more delicious. We also learn from the experience of best-selling food from other markets around the world, such as spicy chicken leg fort. ” He said.

He said that spicy chicken burger was launched in China more than 20 years ago, and now McDonald’s customers can enjoy this delicious hamburger in many markets around the world“ Among the new product series of chicken hamburger launched in Australia at the end of last year, there is spicy chicken leg burger. Earlier this month, it also made a grand landing in the British market. “

“We will also focus on our most popular and familiar foods, and continue to launch new tea products to make our menu more mouth watering.” Kempczinski said. 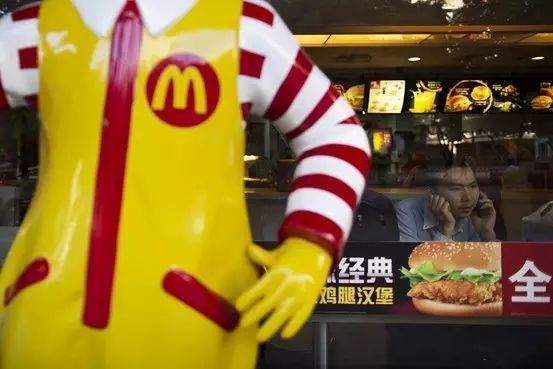 In the Chinese market, McDonald’s seems to have a faster pace of “innovation”.

Earlier in June this year, McDonald’s China launched a large number of new products, including the main dinner, half chicken with green and white pepper flavor and 0-degree bubble beer flavor set meal at midnight. This is the first time McDonald’s China has launched such a large single product, “a whole half chicken”; It is also the first time it has launched a beverage with beer flavor. In addition, McDonald’s has also newly launched Guilin pickled bamboo shoots flavor grilled chicken drumstick fort, chicken bacon and potato good morning pie only for breakfast, and Yangzhi manna flavor wheat whirlwind.

According to McDonald’s recently announced second quarter results, during the period, the company’s consolidated revenue increased by 57% year-on-year to US $5.89 billion, exceeding market expectations; Global same store sales increased by 40.5%; Adjusted earnings per share was $2.37.

“Under the impact of a new wave of epidemic caused by the delta mutant strain, people are establishing new codes of conduct, such as returning to individual canteen meals. Internationally, most of our restaurants are now operating in all channels, including hall food, but there are still restrictions on the operation time or reception capacity of many of them. ” Kempczinski said at the meeting.

Looking forward to 2021, ozan then pointed out that in view of the accelerated recovery momentum of McDonald’s in the world, it is now expected that the company’s annual system sales growth will reach double-digit growth on the basis of constant exchange rate (mid tees to high tees, i.e. about 15% – 19%).

However, ozan also said that there are still some uncertainties. “We continue to see the impact of the epidemic on markets around the world, especially the emergence of delta mutant strains.”