Two months after landing on the Hong Kong stock exchange, Naixue’s tea (hereinafter referred to as Naixue), the “first share of tea”, handed over its first report card.

At the interim performance meeting held recently, Naixue executives said that the operating profit of the store in the first half of the year reached 385 million yuan, a significant increase of nearly five times compared with the same period last year. The latest Naixue Pro tea store has reached or exceeded the company’s expectations while expanding rapidly, with an average daily sales of about 21000 yuan. Zhao Lin, chairman and CEO of Naixue, revealed that the actual number of stores this year is expected to exceed the original target of 300. 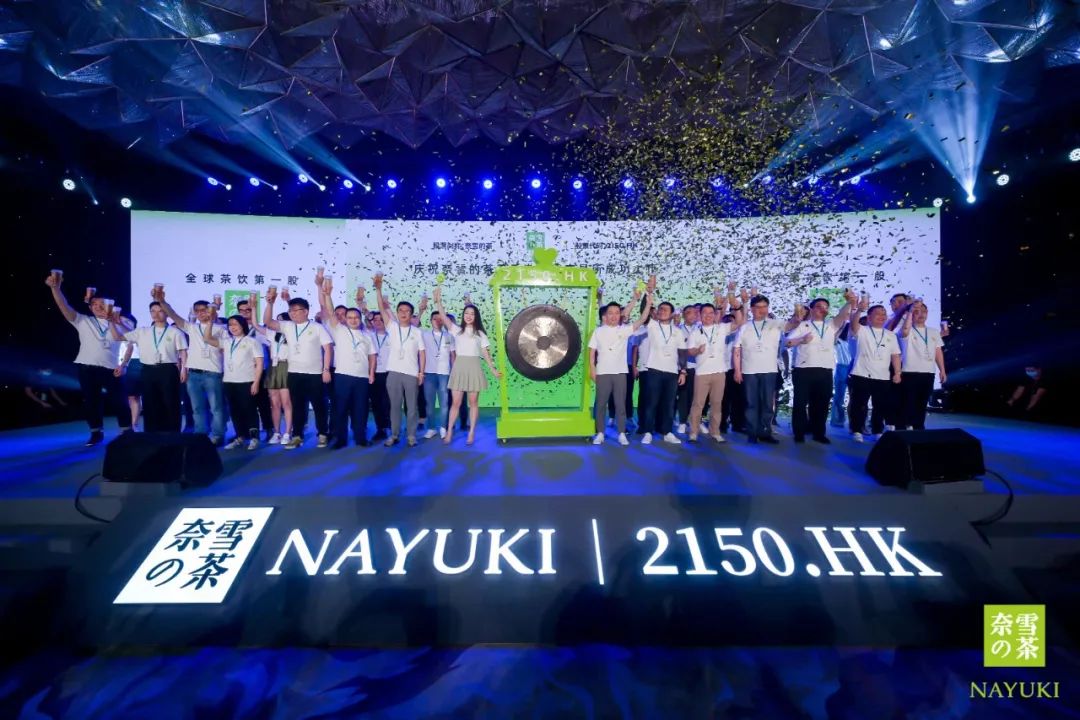 In addition, Peng Xin, executive director and general manager of Naixue, also reviewed the recent food safety events at the meeting, saying that the company has optimized its internal operation and food safety management in the past month. In the next step, it plans to hold Naixue open day activities to open stores and back kitchens to the public. She also pointed out that the incident did not have much impact. At present, the company’s performance has recovered to the level before the incident.

According to the financial report data, Naixue achieved a revenue of 2.126 billion yuan in the first half of the year, a year-on-year increase of 80.2%; The adjusted net profit after deducting listing expenses was 48.2 million yuan, compared with a loss of 63.5 million yuan in the same period last year. Among them, the operating profit margin of stores reached 19.2%, an increase of 7 percentage points over last year and 3 percentage points over 2019.

Shen Hao, CO chief financial officer and Secretary of the board of directors of Naixue, introduced that from the perspective of different products and income sources, the income of tea and baking continues to maintain at about 3:1, while the proportion of in store cashier, small program self delivery and takeout orders is relatively stable at about 1:1:1. Although the proportion of takeout orders decreased slightly by 1.5 percentage points compared with the epidemic period in 2020, it is still relatively stable.

He also talked about the company’s future growth logic at the performance meeting, which mainly has three levels.

First, with the increase in the number of stores, the decline in the pressure to expand stores, and the gradual maturity of the existing market, the operating profit margin of stores will achieve natural growth“ This logic has been verified. In the first half of this year, the operating profit margin of stores was 19.2%, which also increased by 2.9 percentage points compared with the whole year of 2019 unaffected by the epidemic, which is also the best level recorded since 2018. ” Shen Hao said. 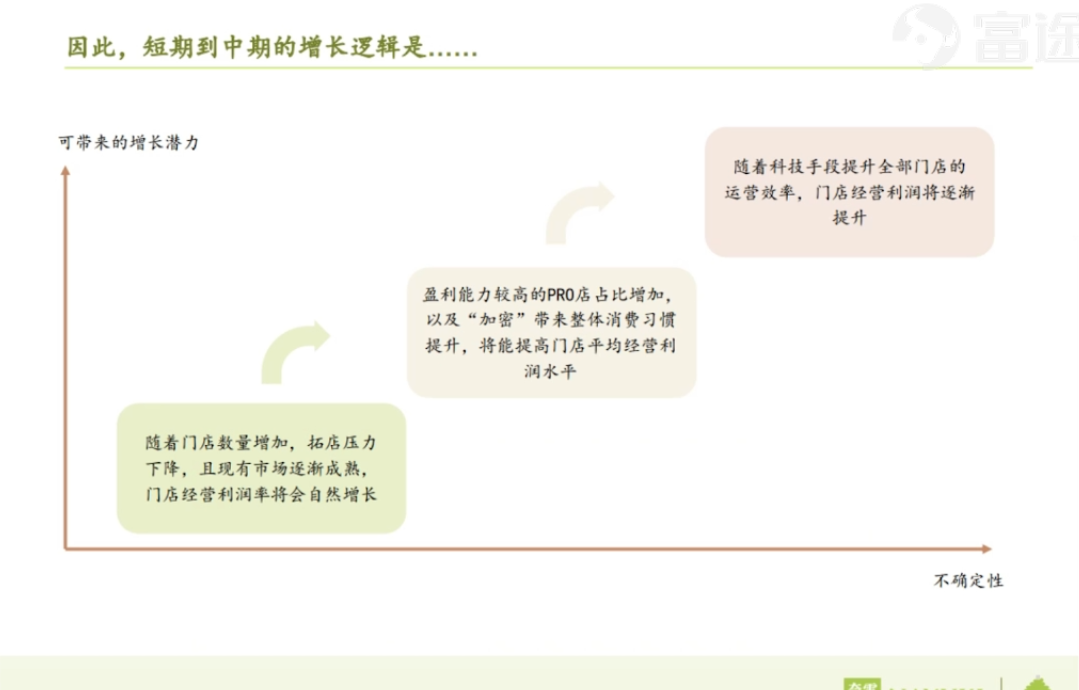 Secondly, with the increase in the proportion of Naixue Pro stores with high profitability and the improvement of overall consumption habits brought by store encryption, the average operating profit level of stores will be improved. 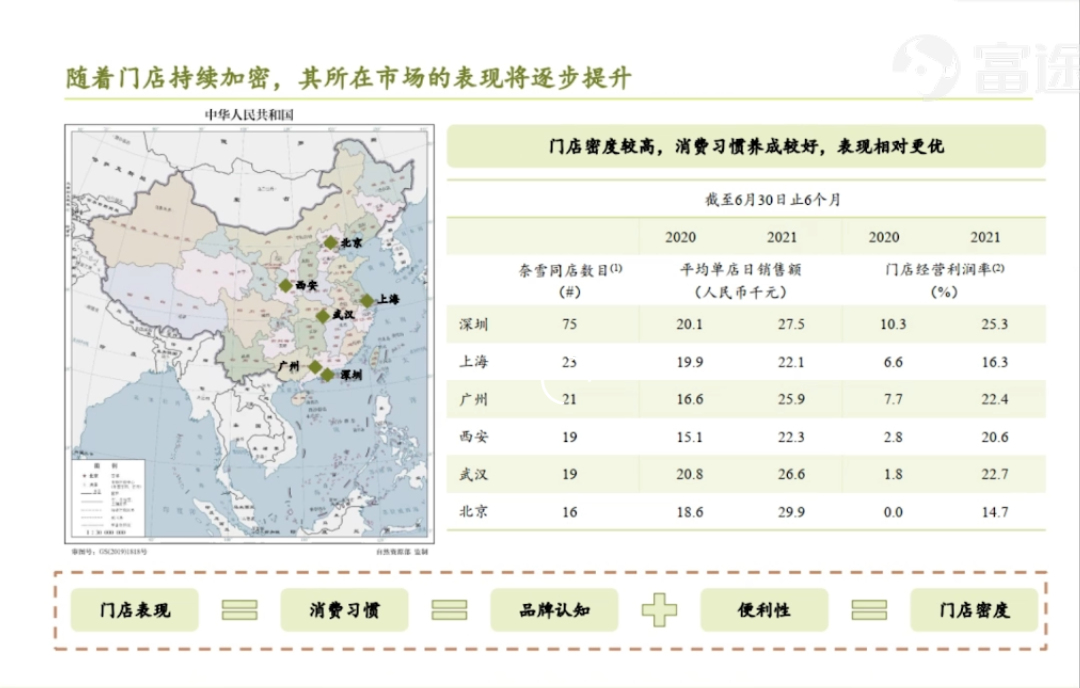 “To achieve these two points, we must further improve the density of stores on the premise of ensuring the profitability of a single store.” For example, he said, for example, in Shenzhen and Wuhan, due to the early entry time and relatively high store density, the revenue and profits of stores in these two cities are better than those in Shanghai and Beijing.

Finally, he believes that with the improvement of scientific and technological means, the operating efficiency and operating profits of all stores will be gradually improved. 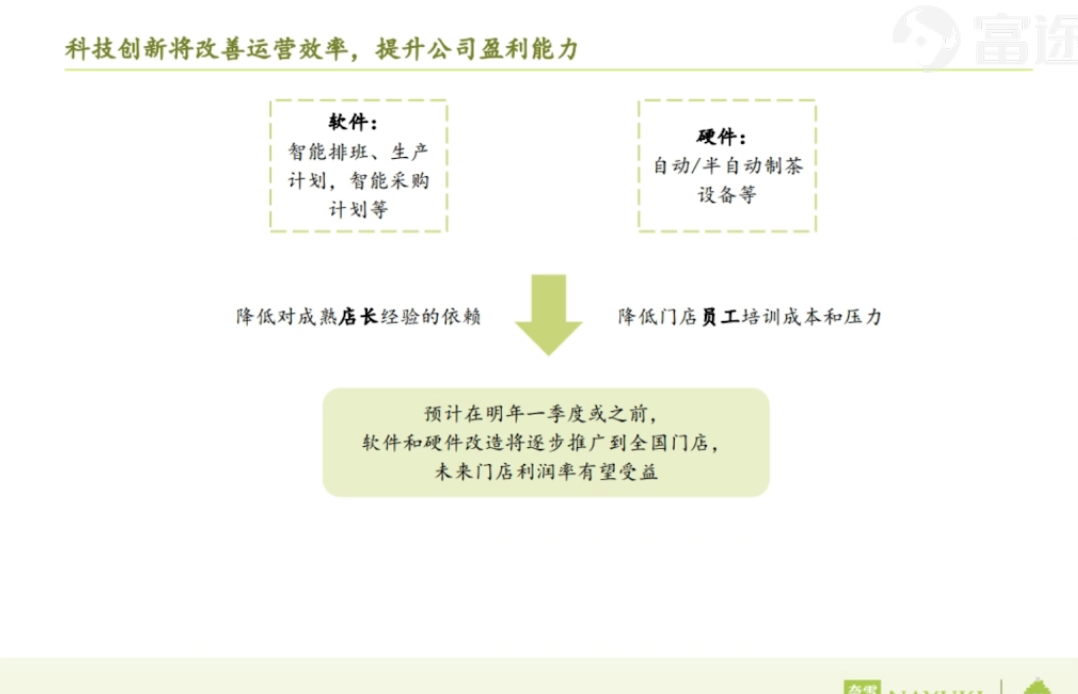 It is revealed that Naixue has also launched a variety of retail products such as bubble water and snacks. It is expected to launch retail products to offline chain stores and other channels in the second half of the year. In the future, retail business is expected to gradually become an important part of the company’s revenue.

It is understood that in the first half of this year, Naixue opened 93 new tea shops, of which more than 60% are located in the first and second tier cities, and closed 6 stores.

“According to the current signing and implementation of our contract, we will certainly achieve the goal of opening 300 new stores this year, and have a great probability of exceeding the completion. In the future, we also plan to continue to increase the density of stores in high-speed cities.” Shen Hao said that the revenue growth in the first half of the year mainly came from the contribution of new stores. 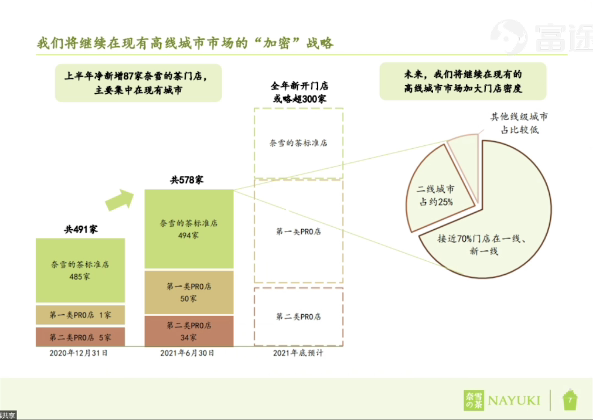 According to the data, as of June 30 this year, Naixue had 578 tea shops in 74 cities, all of which were self operated. Among them, Naixue Pro store accounts for about 15%. The company also subdivides Pro stores based on different business districts and believes that the second type of Pro stores located outside the shopping center are expected to reduce labor and rental costs and achieve better profitability. 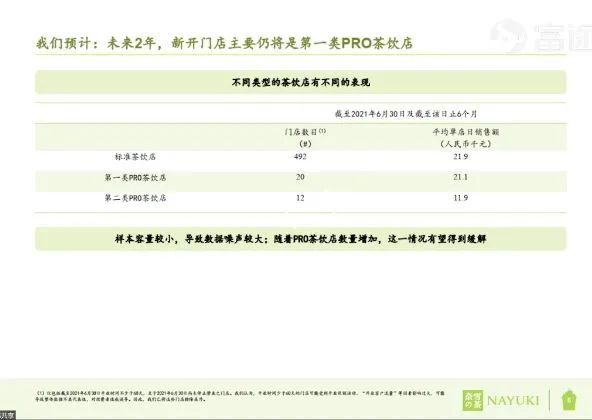 At the performance meeting, he also talked in detail about the whereabouts of the investment of 160 million yuan in the first half of the year, which is mainly used in three aspects: digitization, supply chain construction, brand promotion and marketing. He hopes to form multi-dimensional industry barriers and continue to take the lead in the process of rapid growth of the industry.

It is reported that Naixue has increased investment in science and technology since last year, introduced talents from TMT industry and established a technical team of nearly 200 people. At the same time, it is also committed to developing automation systems and equipment and establishing an intelligent operation decision-making system including sales prediction model to help stores accurately formulate production and sales plans. 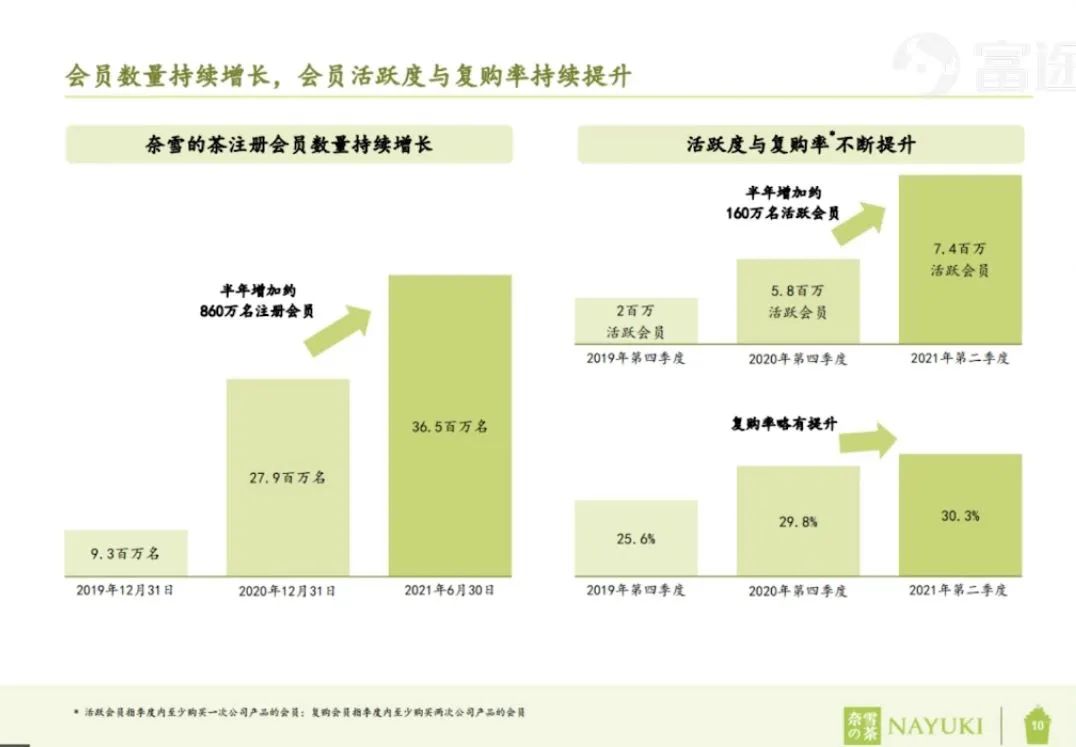 In addition, since the establishment of the membership system in the third quarter of 2019, as of June 30 this year, the number of registered members of Naixue has reached more than 36 million, and as many as 8.6 million registered members have been added in the first half of this year alone, and its activity and repurchase rate have also continued to improve. In the second quarter of this year, the repurchase rate of members exceeded 30%. Thanks to the optimization of applet experience and other factors, Naixue’s overall online orders accounted for 72.2%, an increase of 0.3 percentage points year-on-year.

Shen Hao also pointed out that the gross profit margin of Naixue has increased this year, which is also due to the company’s continuous increase in investment in the supply chain, so that the classic products with a large proportion can maintain a stable supply. At the same time, this part of investment also includes the manpower reserve cost in the next 2 to 3 years.

“The track has great opportunities in the future, so we are willing to invest in the future and believe that such investment will bring very good financial and profit returns. As the scale effect of investment appears, human and other costs will continue to be diluted. ” He said. 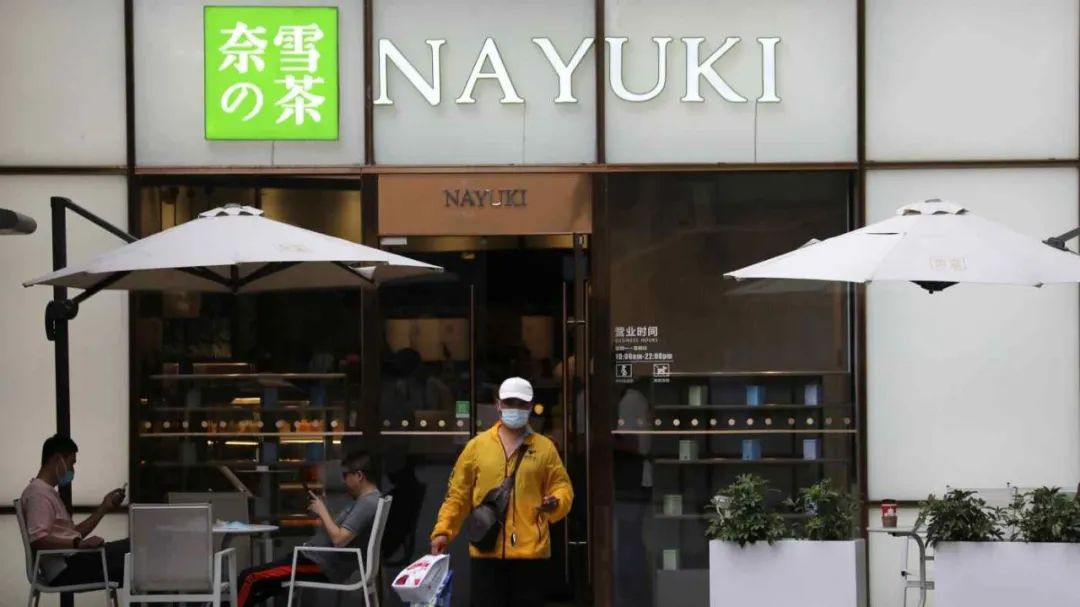 It is worth noting that at the performance meeting, Peng Xin and Zhao Lin, the two founders of Naixue, resumed the recent food safety incident and talked about their ideas on how to prevent food safety risks in the future.

Peng Xin said that after the inspection, the regulatory authorities did not find the problems mentioned by the media, but the company found that individual store employees had the problem of printing labels falling into food materials and continuing to use food materials, and had punished the store employees involved. She also said that in the past month, Naixue cooperated with more than 400 food and drug administration departments to conduct a very detailed inspection of stores across the country, and then made improvements to some problems raised by the regulatory authorities. 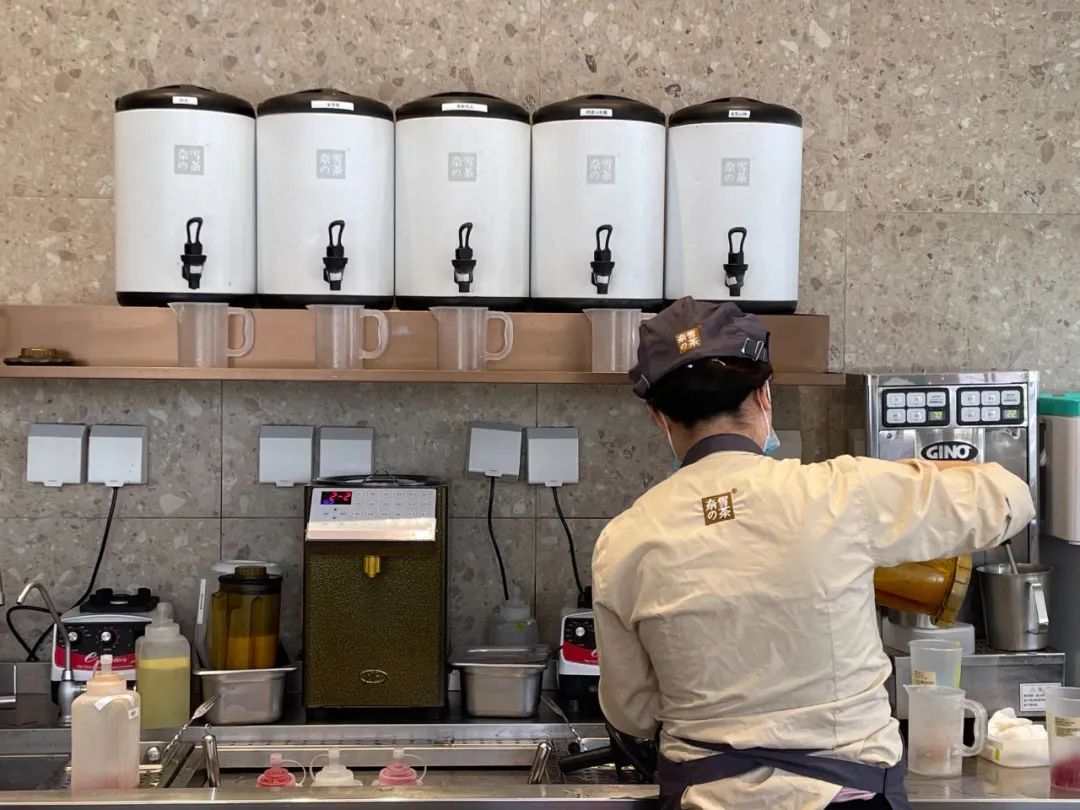 “For this event, I think it is a great baptism and touch for our whole team.” Peng Xin also said that the company reviewed and optimized all work process standards related to food safety and quality to avoid similar events again.

Zhao Lin described that since starting his business, the food safety incident in August has hit Naixue no less than the epidemic. He believes that the biggest understanding brought to Naixue by the incident is to find that the immune system is imperfect. In the future, the company should strengthen external communication and establish a more open and transparent mechanism.