After the performance exceeded the target in the first half of the year, Yili, China’s largest dairy enterprise, opened the “post 100 billion era”. At the analyst meeting held today, Yili executives also disclosed more performance data, such as cheese revenue and infant milk powder growth. At the same time, they talked about the direction of beverage layout and expectations for the second half of the year. Let’s have a look.

In terms of sectors, the “absolute main force” liquid milk with the highest growth rate of Yili achieved a revenue of 42.407 billion in the first half of the year, a year-on-year increase of 19.65%, and the market retail sales share increased by 0.7 percentage points compared with the same period last year, ranking first in the industry.

The financial report pointed out that during the reporting period, the company’s liquid milk, milk powder, dairy products and cold drinks business maintained a stable growth trend, and the sales revenue of its key products such as “Jindian”, “anmushi”, “Changqing”, “jinlingguan” and “qiaolez” increased by 20.7% over the same period of last year. Zhao Lin revealed that in terms of cheese, the revenue of the business in the first half of the year was about 600 million yuan, more than double that of last year. Among them, the growth rate of C-end and b-end business is higher than the industry average.

In the formula sector, Yili infant milk powder increased by more than 20% year-on-year, sheep milk powder and organic milk powder doubled, and the growth rate of Jinling guanzhenhu brand reached more than 30% in the first half of the year.

“According to Nielsen’s data in July, the growth rate of the company’s offline channels, including mothers and infants and supermarkets, is the first in the industry. The share of offline channels reached 8.1%, an increase of 1.6 percentage points year-on-year. In the second half of the year, we are also striving to further improve our market share and achieve faster growth. ” Zhao Lin said that Yili has increased its investment in infant milk powder since 2019, and its share has begun to show a good breakthrough this year. With the domestic milk powder expected to usher in more benefits under the policy support and the rise of national tide, Yili is also trying to seize the opportunity.

For example, respond to the high-end trend by upgrading the formula“ Although the approval process of formula registration system superimposed with the impact of epidemic situation makes it take longer to complete the upgrade than expected, after more than a year’s struggle, all our formulas have been upgraded this year. We will also grasp various sub categories, such as organic milk powder, sheep milk powder and A2, and constantly optimize the product portfolio. ” Zhao Lin said.

In addition, Yili is also continuously promoting the omni channel layout. According to his introduction, since this year, the company has continuously strengthened the scope and depth of cooperation with the mother and child system, improved single point efforts, and achieved better growth by enhancing market subsidence. Online, Yili promoted the penetration of new retail channels such as e-commerce, o2o and community marketing, and also accumulated more member data. 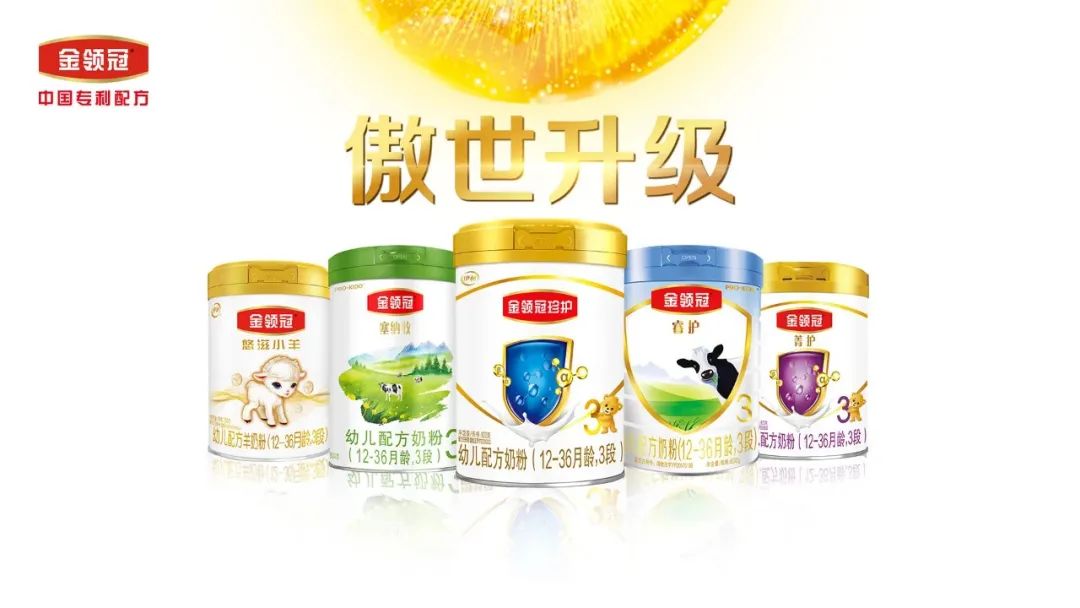 In order to realize the medium and long-term strategy of “advancing into the top three of the global dairy industry in 2025 and becoming the first in the global dairy industry in 2030”, Yili has not only continued to improve traditional businesses such as normal temperature milk, but also significantly increased investment in emerging businesses such as cheese and low-temperature fresh milk in recent years.

Turning to the idea of emerging categories, Zhao Lin said today that Yili “still looks at it with a very rational attitude”“ We not only look at short-term growth, but also attach importance to the sustainability of business development. We hope to be one of the best in various subdivided industries by insisting on investment in the future.

Although cheese and low-temperature fresh milk have great growth space, Yili still has to spend a lot of effort if it wants to break through among a group of players. 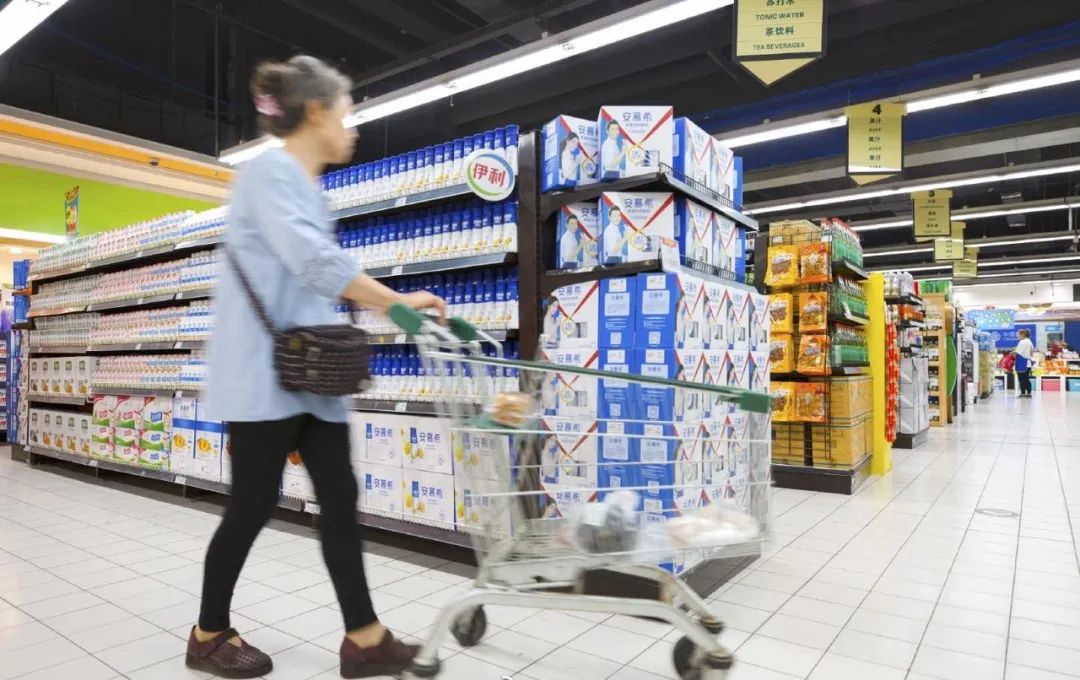 “Our current idea is to focus on product, market and channel promotion, and continuously strengthen consumers’ awareness of our high quality, fresh and nutritious products through Yili mother brand and Jindian. In the future, we will continue to launch new products of different brands and specifications to create a more complete product matrix. ” Zhao Lin said. For the lively cheese market, Yili is also trying to attract more consumers with new products.

Zhao Lin pointed out that whether cheese can maintain a high growth rate depends more on the product innovation ability of enterprises, and Yili launched new products such as normal temperature cheese and adult cheese. In the future, the company will cooperate with innovation centers in the Netherlands and New Zealand to increase innovation investment. The channel will also be supported by the resources of other business units of Yili.

“Even if we maintain rational judgment and investment, our businesses have still achieved very rapid growth, and the growth rate is basically industry-leading, indicating that Yili attaches great importance to re development. Moreover, at present, we all rely on endogenous growth, which has also laid a very solid foundation for sustainable development in the future. ” Zhao Lin preached.

In addition to the dairy business, Yili, which previously proposed the long-term goal of “top five global healthy foods”, has also crossed into non dairy business.

“The company’s revenue growth in the next few years will mainly come from dairy products. For non dairy business, we should explore the space and categories with great development potential to see how to form operational synergy with the company as a whole.” Zhao Lin said. At present, Yili’s non dairy business focuses on health drinks, and has launched mineral water, bubble water, milk tea and other products. Zhao Lin pointed out today that the company’s layout of non dairy business has two directions. One is that there is a large space for innovation, such as beverages.

“The whole non dairy beverage revenue this year should stabilize compared with last year, and the profitability should also be improved compared with last year.” Zhao Lin said, “in the future, we will explore and try more drinks, explore the operation mode and cultivate the team, so as to lay a solid foundation for the diversified operation of the company.”

The other direction of non dairy business is to target the subdivided categories with great development potential and scarce resources, such as mineral water. The 2019 Research Report of CICC research once said that the overall mineral water market is expected to maintain double-digit growth, reaching 94.7 billion yuan in 2023, which is expected to double compared with that at that time. As the high-quality and stable mineral water source is limited, and obtaining the mining right is one of the necessary conditions for mining, a good water source can undoubtedly provide a more “foundation” for the brand. Xiaoshidai introduced that Yili has invested in a mineral water project in Changbai Mountain. The annual production capacity of the project is planned to be 1 million tons, with a total investment of more than 700 million yuan, and is expected to be put into operation this year.

The management of the company has said that due to capacity constraints, Yike live spring, Yili mineral water brand, has not been distributed nationwide. With the gradual release of production capacity, the product penetration will be further improved in the future.

Looking forward to the second half of the year, Qiu Xiangmin, Secretary of Yili’s board of directors, pointed out today: “in the second half of the year, we will still go all out to continue to improve the market position of advantageous businesses and potential categories. Therefore, whether it is revenue or profit this year, we hope to achieve better performance than the business plan. ” Previously, Yili expected to achieve a total operating revenue of 107 billion yuan and a total profit of 9.3 billion yuan in 2021.

At the same time, Qiu Xiangmin also pointed out that the business environment in the second half of the year should be viewed objectively in view of the repeated epidemic situation, floods and the continued high price of raw milk.

“We hope to hedge cost pressure through continuous optimization of product structure and rational promotion.” Qiu Xiangmin said. In the future, Yili will pay more attention to competitive differentiation, and its profitability is expected to be continuously improved by continuously building the capabilities of operation and supply chain integration.