With the opening of the two child and three child Fertility Policies and the improvement of consumers’ awareness of fine feeding, supplementary snacks for infants and young children have become a new growth point“ Bellamy, the first organic infant food brand in Australia, has also made a lot of layout in the field of infant snacks in recent years.

Xiaoshidai learned that in September this year, Bellamy will launch organic prebiotic Yuanbao noodles, with organic, safety and nutrition as the main selling points, and launch e-commerce omni-channel one after another. 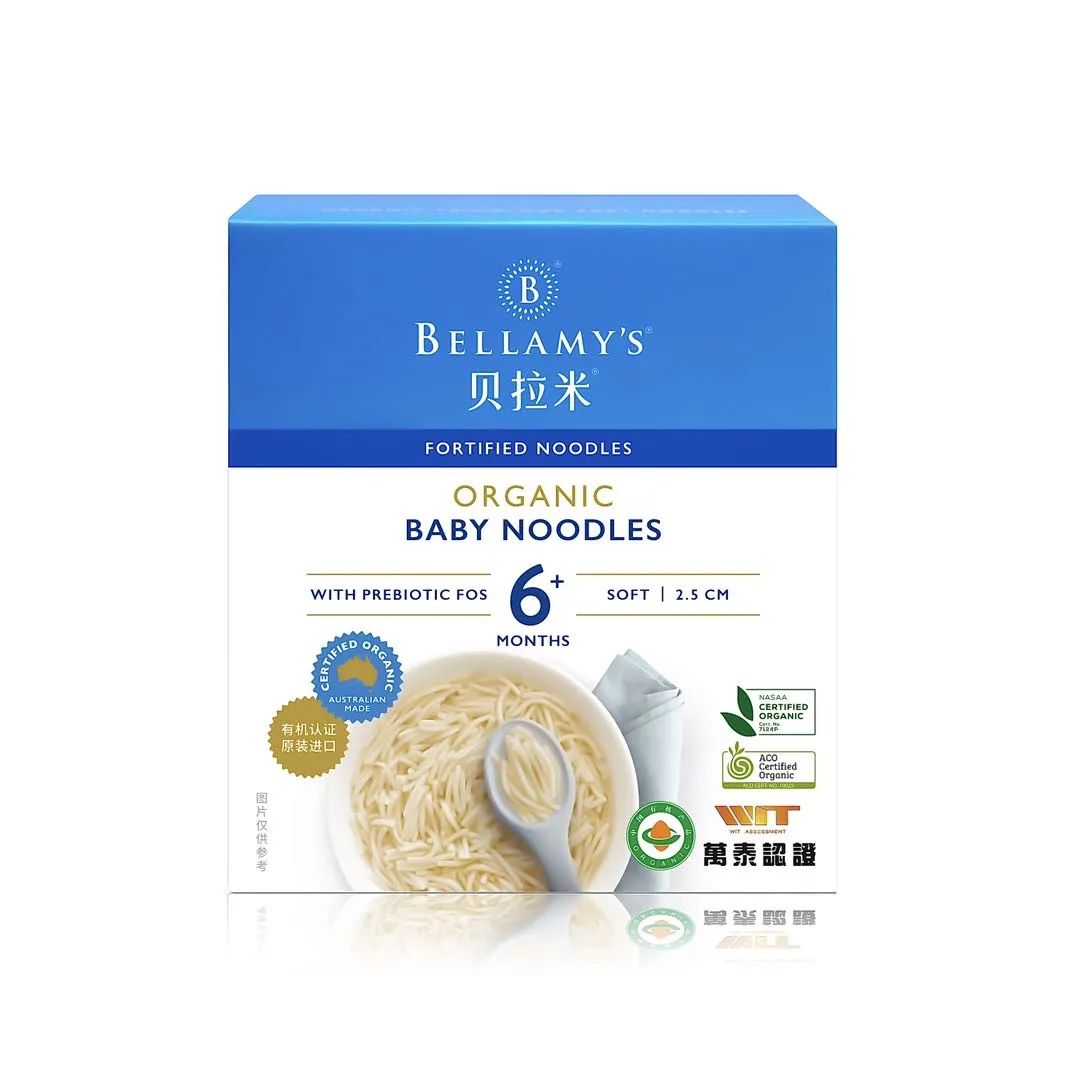 It is reported that Bellamy’s new organic prebiotic Yuanbao noodles are suitable for babies over half a year old. They are divided into original flavor, tomato and three color flavor.

According to the brand introduction, this new product uses Australian Organic Certified wheat, which has obtained Australian NASAA and ACO organic certification and Wantai organic certification. At the same time, the nutritional surface also contains organic FOS prebiotics, which is beneficial to the baby’s intestinal health, and adds “6 vitamins and minerals, which makes the nutrition more comprehensive.”

Because of the insight into the pain point of “traditional noodles need to be broken manually by parents, which is inconvenient to handle and make”, Bellamy launched this 2.5cm thin and short noodles. Unlike traditional and adult noodles, this new product adopts high-temperature extrusion and cutting technology, which is not only convenient for parents to cook, but also more cooked and soft, and easier for babies to chew and digest. The small package of 20g is sub packed, which well avoids the problem of easy moisture after the large package is opened, and is easier to preserve. 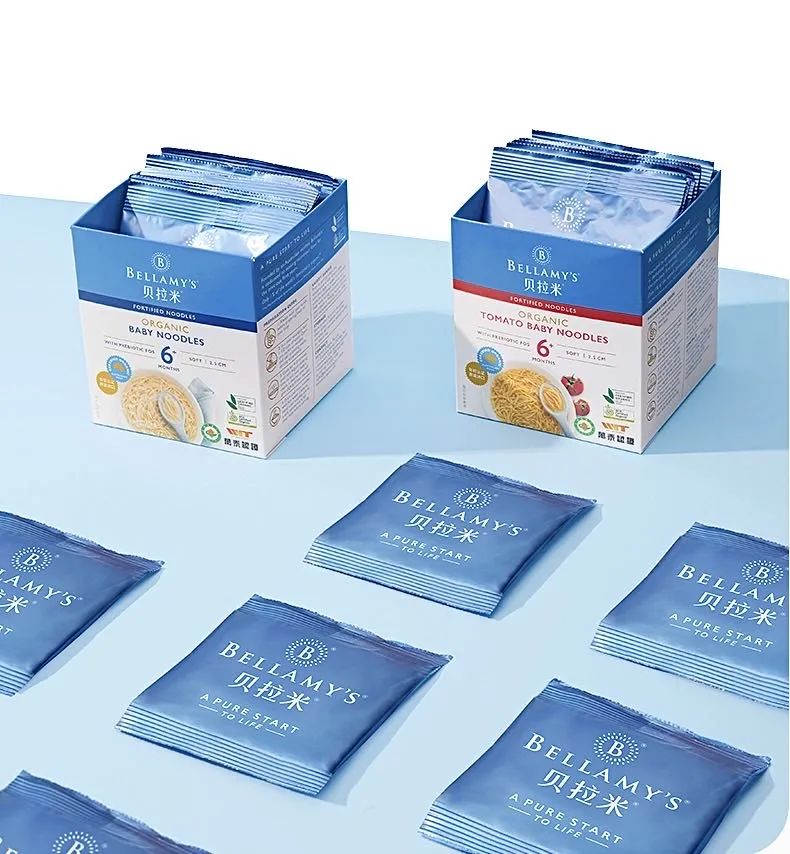 In fact, in recent years, Bellamy has made frequent moves in expanding the matrix of organic complementary food products for infants and young children.

The high growth rate of zero complementary food market for infants and children is the key reason why Bellamy continues to increase its weight in this field.

According to the 2021 report on the trend of infant and child snacks in Jingdong supermarket, the market scale of complementary foods has maintained a compound growth of 10% for 10 consecutive years, and the online market of organic complementary foods and snacks has achieved a significant growth of 95% in 2020. It is estimated that the industry scale will exceed 70 billion yuan by 2025.

At the same time, as more and more post-90s and post-95s begin to enter the childbearing age, these “houlang parents” who pay attention to refinement and high-end pay more attention to science and demand for children than “predecessors”. Price is no longer the primary consideration when purchasing products, and good quality is the more important selection standard. This also means that driven by the innovation of the consumption concept of mother and child products, this generation of young parents are more willing to pay for high-quality baby and child zero complementary food. 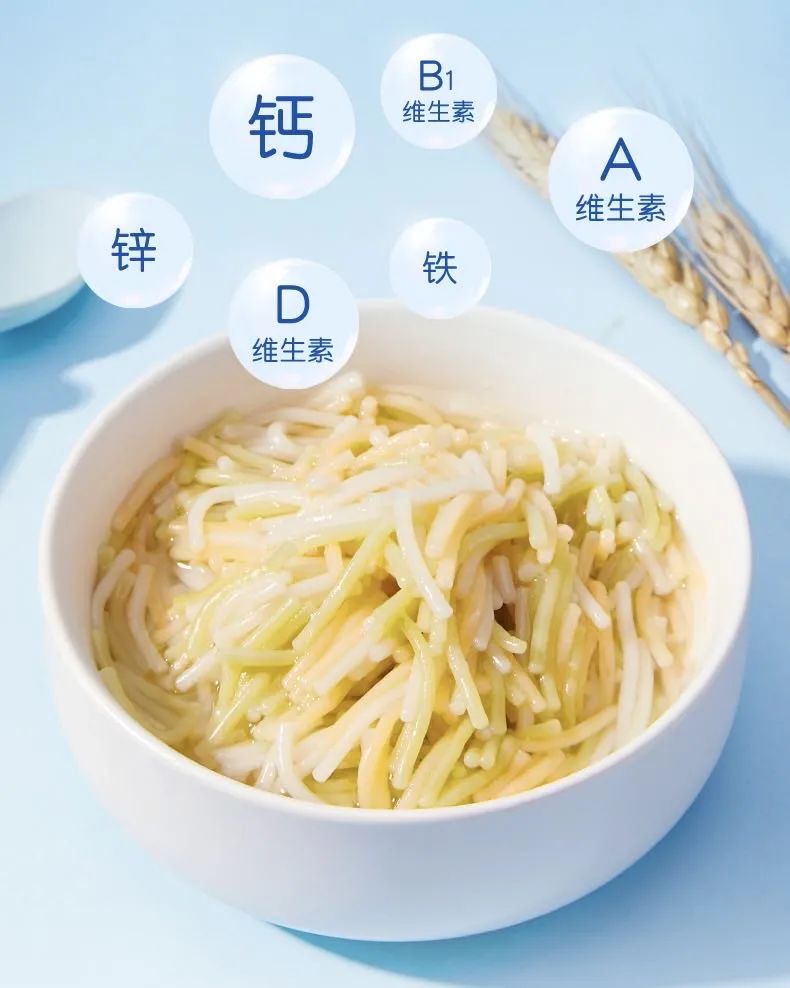 Public data also shows that the online baby noodles market has increased rapidly since 2017. In 2020, the trend of the whole network organic baby noodles market has increased by 103%, and the annual growth rate is doubling year by year. At the same time, the baby’s supplementary food also shows a trend of continuous refinement and high-end feeding.

Bellamy, which has adhered to organic since its inception, has ushered in a critical period of accelerating its development in the Chinese market since Mengniu completed its acquisition in 2019.

Last year, when referring to the focus of the Chinese market, Bellamy once again stressed that he would focus on Deepening China’s organic milk powder and supplementary food market.

In terms of product layout, Bellamy launched the Chinese version of organic rice flour supplementary food products in 2020; The first high-end organic A2 milk powder and the first Zhichun organic A2 sheep milk powder were released in Australia and simultaneously sold in the Chinese market through cross-border e-commerce platforms to complete the organic full matrix layout of the high-end segment of infant formula market. 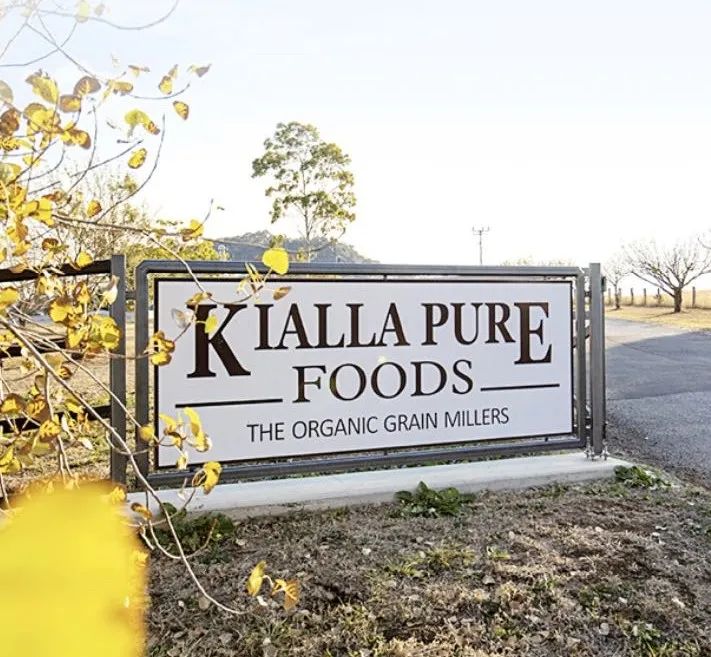 The wheat for baby noodles comes from Kialla farm in Queensland, Australia

For Bellamy, on the one hand, it is particularly important to continue to make efforts in product R & D and innovation and develop more high-quality organic infant products. On the other hand, it is particularly important to spread its differentiated product power and brand power through a simple and effective consumer communication mode and win the favor of the new generation of “houlang parents”.

Pay attention to “snack generation” (wechat: foodinc) “and reply to” Bellamy “to see the wonderful news.