Following the novel coronavirus pneumonia novel coronavirus pneumonia group chairman and President Wei Lihua, who was awarded the title of “advanced private economy in the new crown pneumonia epidemic” in early February this year, Jun Le Bao, in September 5th, was able to maintain the supply and donation of over 100 million yuan in the fight against the new crown pneumonia epidemic situation, and actively innovating the precise poverty alleviation mode to help the poor. Won the 11th “China Charity Award” awarded by the Ministry of civil affairs. 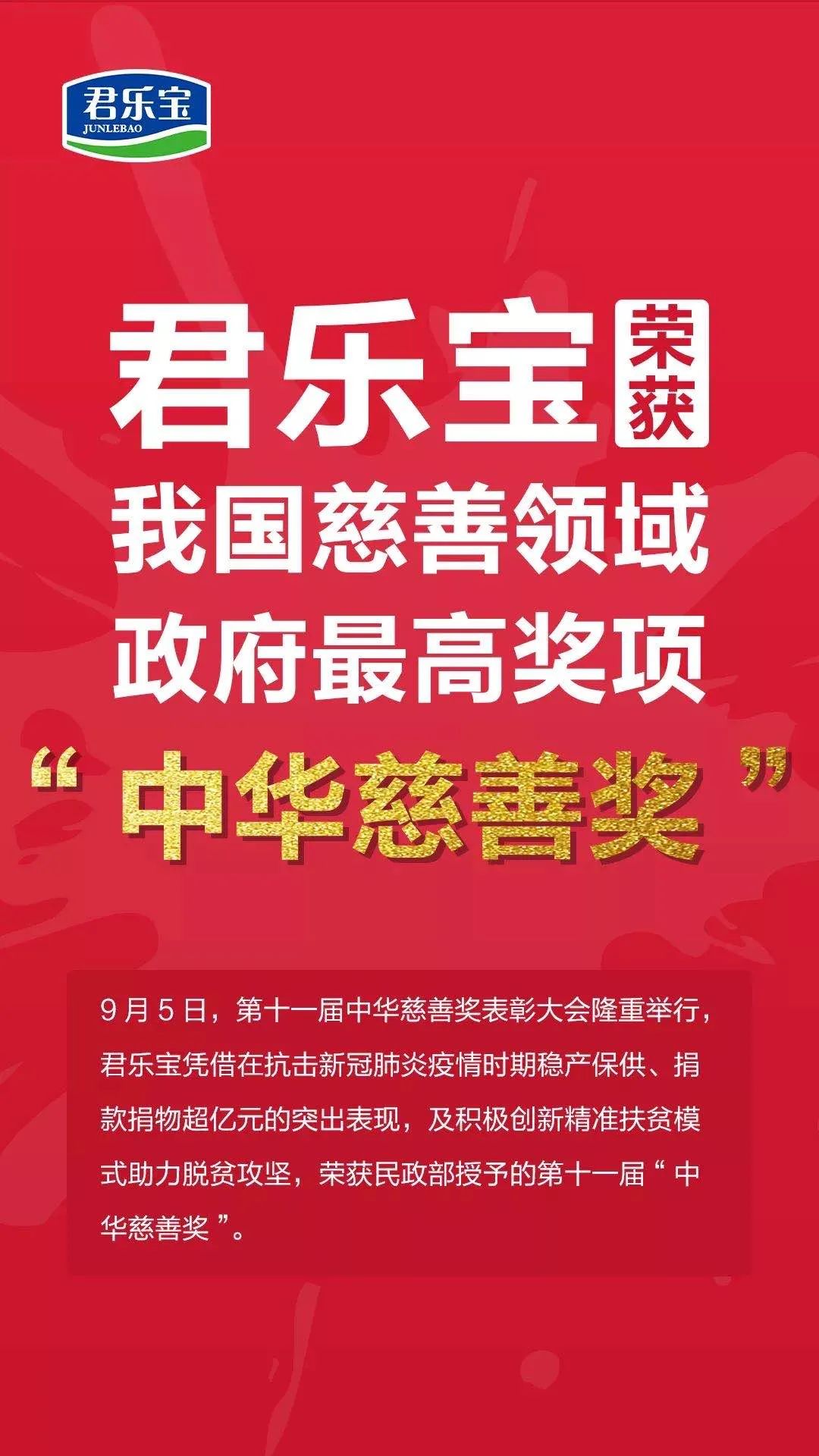 Statistics show that the “China Charity Award” was established in 2005. It is the highest government award in the field of public charity in China. It aims to commend individuals, units, charity projects and charitable trusts with outstanding deeds and wide influence in China’s charity activities. It is implemented by the Ministry of civil affairs.

The relevant person in charge of JUNLEBAO said that winning the China Charity Award is an affirmation and encouragement of JUNLEBAO’s achievements in public welfare charity. In the future, the group will continue to practice corporate social responsibility in development and contribute to China’s charity.

According to novel coronavirus pneumonia, as a key enterprise for the livelihood of the people, after the new crown pneumonia outbreak last year, we actively implemented the “price guarantee, quality assurance and supply protection” action, and jointly worked with the upstream and downstream partners to build a stable “rear area” for all the local epidemic prevention.

Since the outbreak of novel coronavirus pneumonia in 2020, Jun Le Bao has donated money to the epidemic through various channels, including cash, protective clothing and respirators, and other protective products and dairy products. The total amount has exceeded one hundred million yuan.

In view of the practical difficulties of inconvenient travel and logistics obstruction of some infants and pregnant women in areas with serious epidemic situations such as Hubei, JUNLEBAO donated 75 million milk powder to ensure the nutritional needs of special people, directly benefiting 30 provinces, cities and autonomous regions across the country, and solving the urgent need for infant food for 110000 families.

At the beginning of this year, the epidemic again occurred in Shijiazhuang, Xingtai and other places“ JUNLEBAO, the “base camp” in Shijiazhuang, donated dairy products worth nearly 6 million yuan to help the people in their hometown fight the epidemic by providing nutritional support and care. 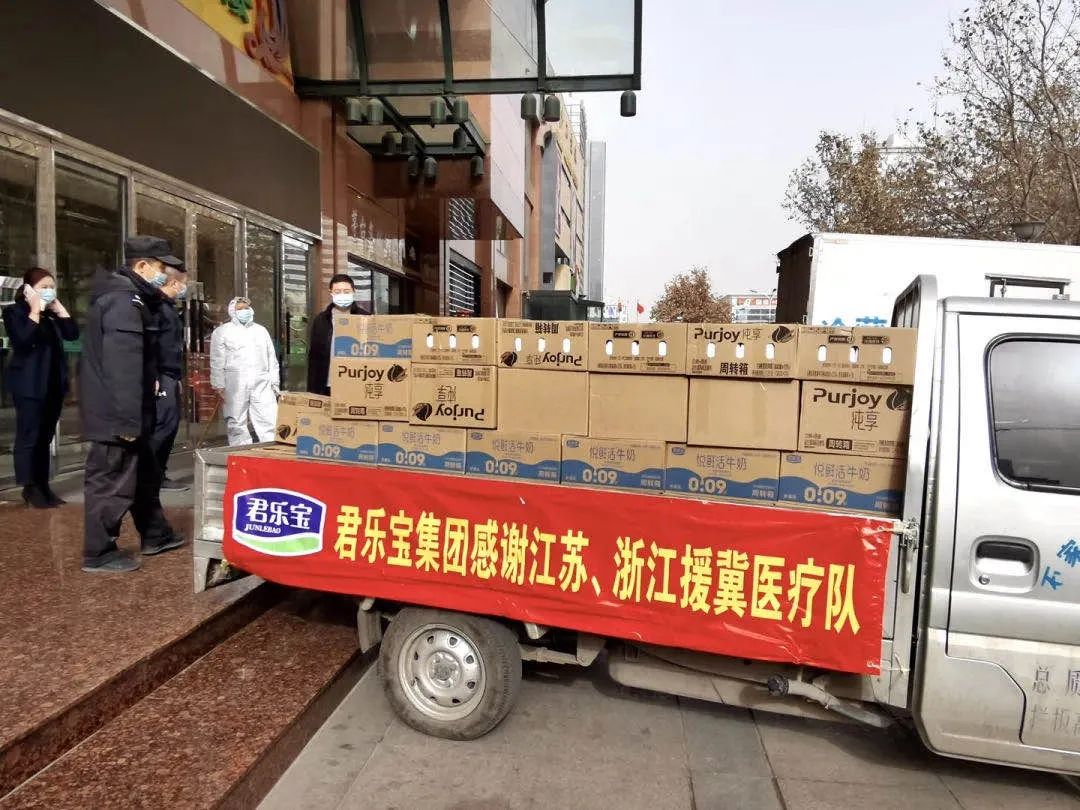 In July this year, Henan province suffered extreme heavy rainfall, and the local people faced difficulties such as water and power cuts and lack of materials. JUNLEBAO once again extended a helping hand and sent nutritional materials such as yogurt, infant milk powder and children’s milk powder to the people in the disaster area at the first time.

In JUNLEBAO’s view, fulfilling social responsibility is the best path for enterprise growth. Therefore, the group has always relied on the advantages of the whole industrial chain to integrate upstream construction with targeted poverty alleviation, ecological environmental protection and sustainable economic development, so as to help farmers get rid of poverty and revitalize the dairy industry. 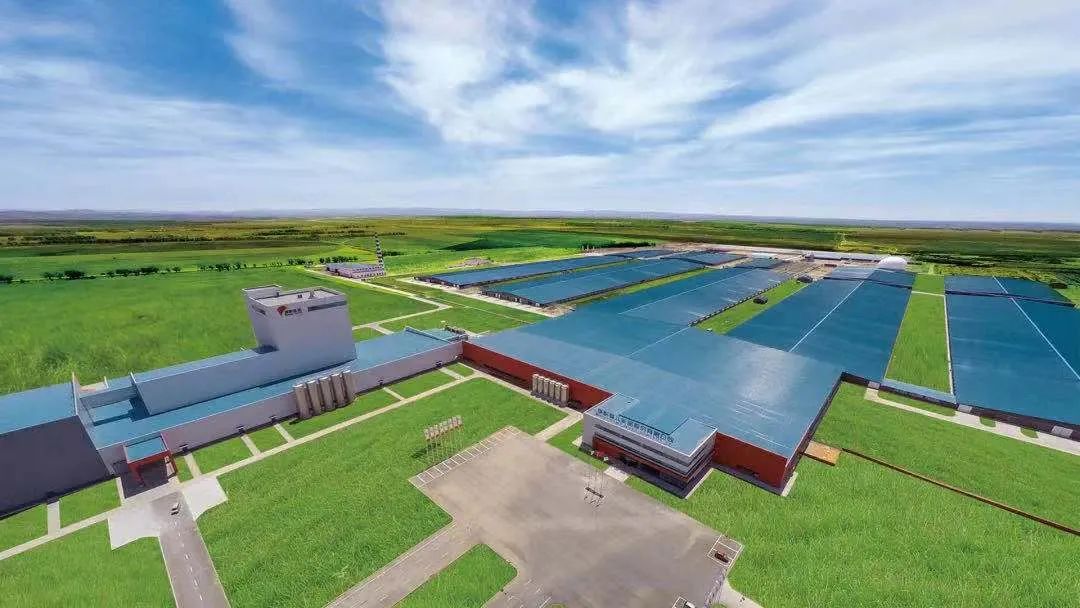 It is understood that in order to support the development of family ranches, JUNLEBAO has also established an interest connection mechanism with dairy farmers to explore mutual equity participation and other forms to share risks and interests with dairy farmers. At the same time, a professional team was organized to guide farmers from the aspects of dairy ration allocation, disease prevention and control and milking equipment operation, and a “JUNLEBAO dairy University” was established to regularly train ranch management and feeding technology every year. In addition, JUNLEBAO also encourages cooperative pastures to improve the basic conditions of cattle breeding through guarantees, loans and other forms.

Meanwhile, JUNLEBAO initiated the establishment of Hebei JUNLEBAO public welfare foundation in 2015, and held a public welfare walking fund-raising activity “milk walk” for four consecutive years, raising nearly 5 million yuan to donate milk to students in poor areas of Hebei Province. Since 2017, JUNLEBAO, which focuses on the nutritional improvement needs of children in poor areas, has donated more than 20 million worth of high-quality student milk to poor areas. 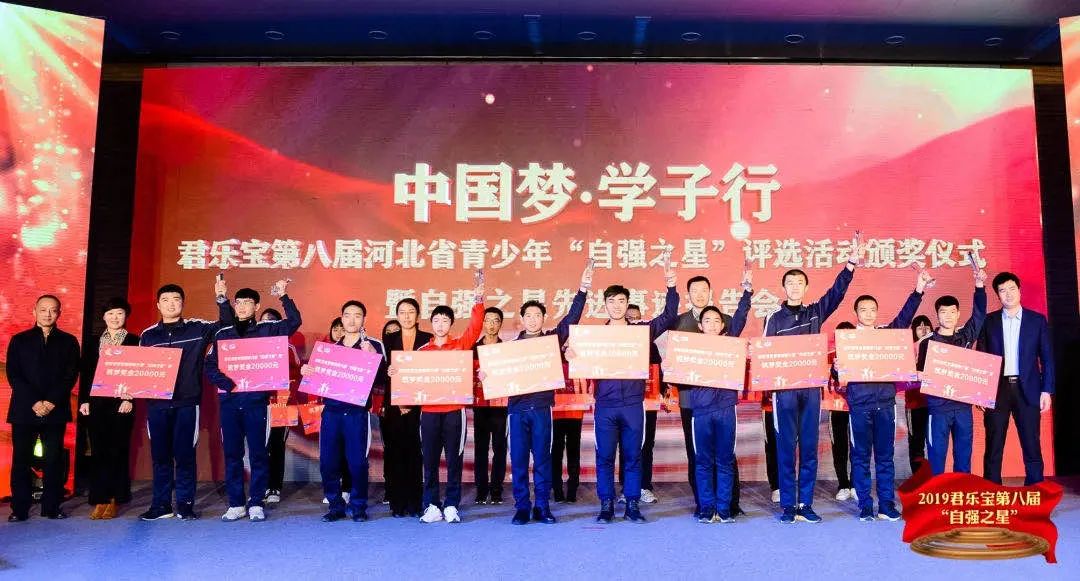 Pay attention to “snack generation” (wechat: foodinc) “and reply to” JUNLEBAO “to see the wonderful news.