Customers who often come to KFC for breakfast will find that more and more famous snacks from all over China are appearing on the menu of this “foreign fast food” giant. 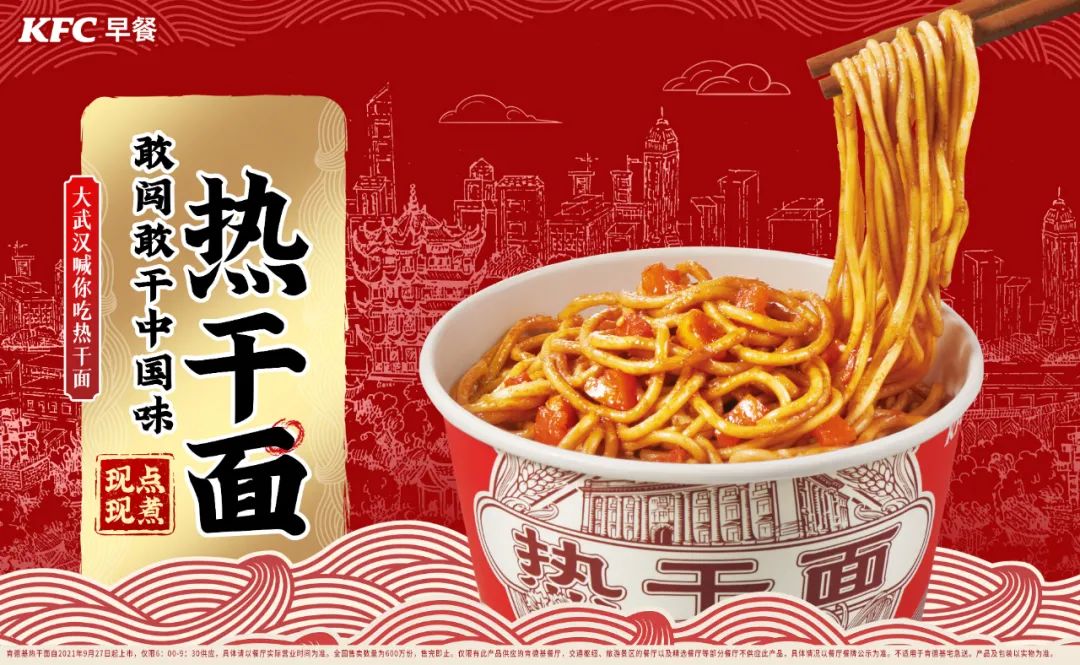 In fact, since the launch of the project called “good morning · city flavor” this year, the fast food giant has successively listed a number of new breakfast products with local characteristics in different cities.

For example, the snack generation noticed that in addition to launching hot and dry noodles in Wuhan stores, in mid May this year, KFC launched a small steamed bun product “Zhiwei Xiaolong” in cooperation with the century old brand “zhiweiguan” in some restaurants in Hangzhou, Wenzhou and Shaoxing. Then in July, KFC launched the “Tongli meat swallow” jointly with local time-honored brands in Fuzhou and Xiamen. In September, “Hu spicy soup” appeared in all KFC restaurants selling breakfast in Henan Province.

We might as well take a look at KFC’s localization strategy for further upgrading behind the “big change” of breakfast.

In recent years, the fast food giant has made a change in the localization of dishes: compared with the more popular “Chinese dishes” such as porridge, big cakes, rice balls and bean flowers, KFC is increasingly digging into the “regional cuisine” of China. However, it is worth noting that after launching a series of local snacks in different cities, hot and dry noodles is the first regional food product to go to KFC national restaurants. 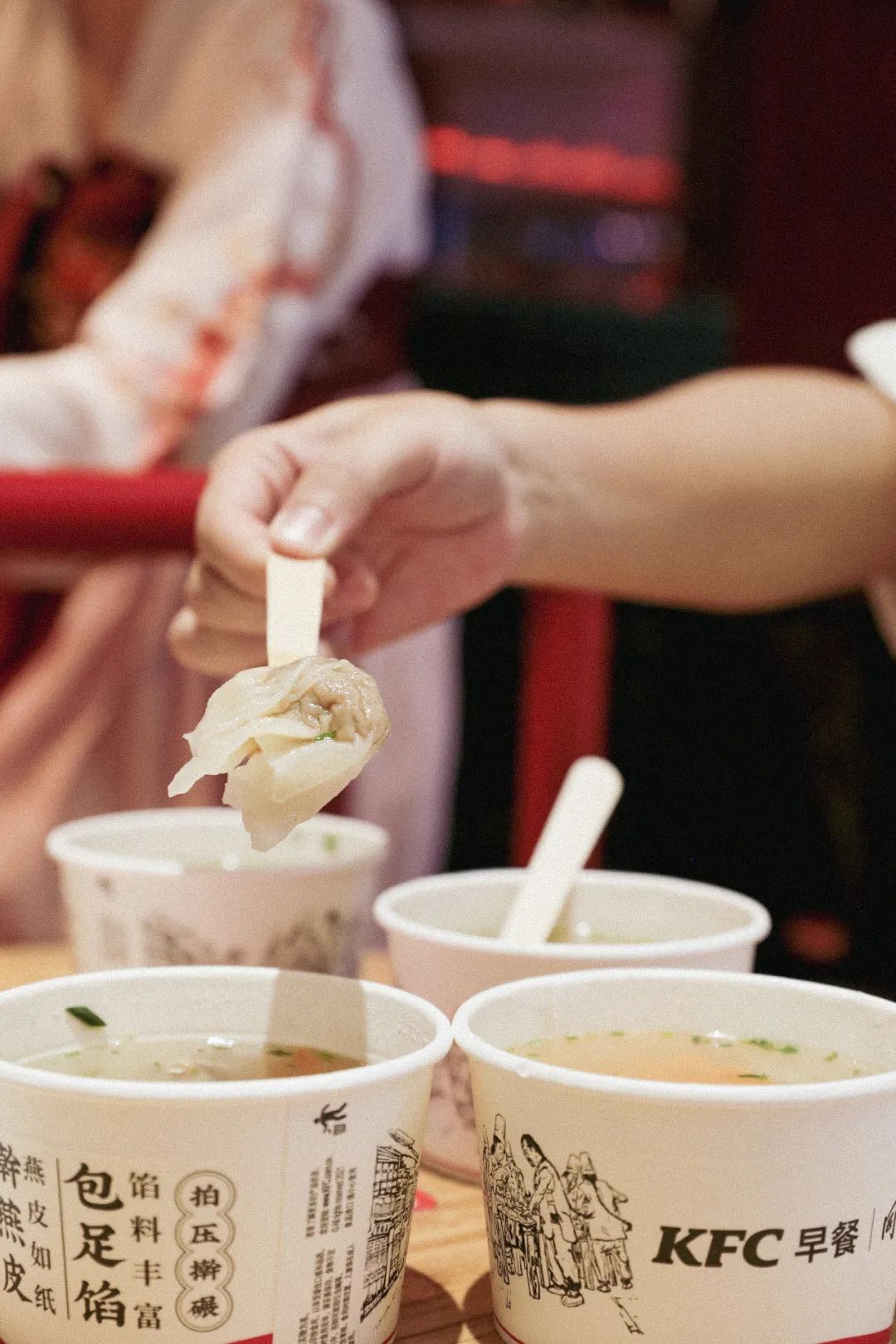 This means that KFC is not satisfied with exploring the “regional” sales opportunities of regional cuisine, but also needs to further explore the “national” large-scale expansion.

On the one hand, the introduction of products integrating local food and cultural elements in different cities will undoubtedly enable KFC to better resonate with local consumers.

“Chinese breakfast is very regional, and every city has its own flavor. Therefore, we now encourage the market to adopt a regional strategy,” the company told the snack generation today. 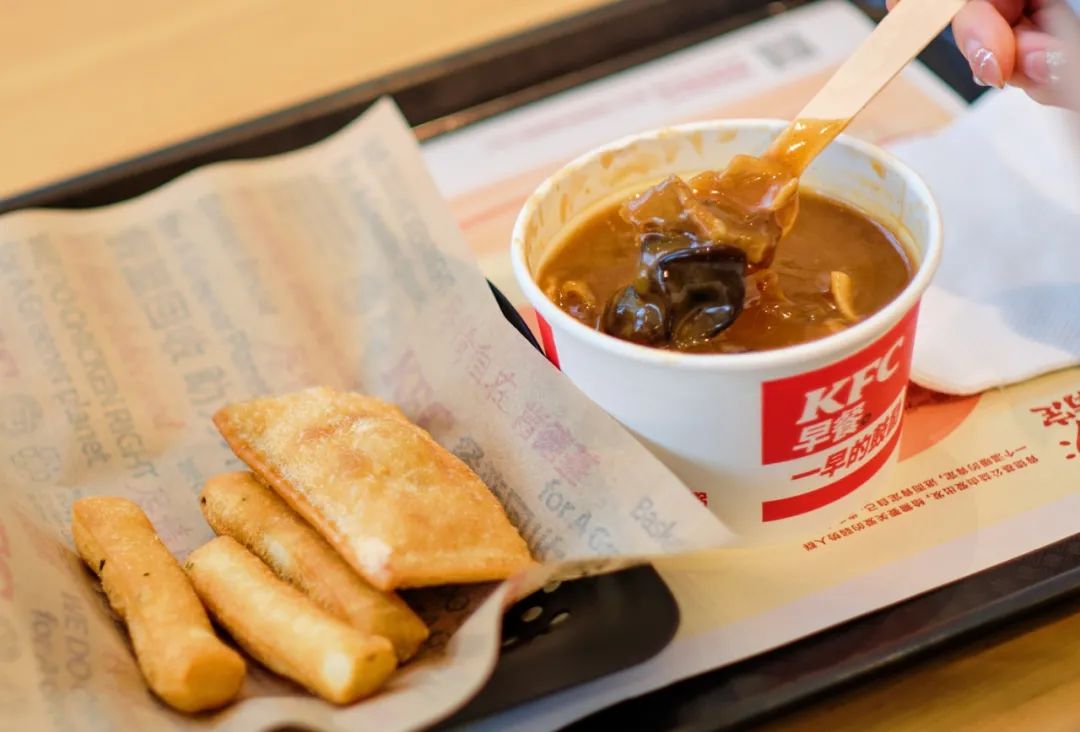 On the other hand, the fast food giant also sees the potential to expand regional specialty food to more markets.

It is reported that at the beginning of this year, KFC received a warm response after launching hot and dry noodles in Wuhan, and then went public in Jiangxi Province and Shenzhen, which also received extensive praise. “Based on the market reaction of these three regions, we believe that hot and dry noodles have the potential to be popularized in the country. Therefore, we have launched hot and dry noodles in KFC’s national stores on September 27.” KFC told the snack generation today.

“Our strategy is relatively firm. The only thing to see is which regional products are available. We need to select regional products that are really suitable for people all over the country. In addition, these products also need to be suitable for making in KFC’s back kitchen.” the company told the snack generation that in the future, not only breakfast, but also afternoon tea A menu for midnight snack and other periods.

According to KFC, any regional menu to the whole country needs to “go through a series of verification”. At the same time, like the national launch of hot and dry noodles, the probability of these products will also appear in the form of time limited activities, but it will not rule out entering the regular menu. Everything depends on the feedback of the market. 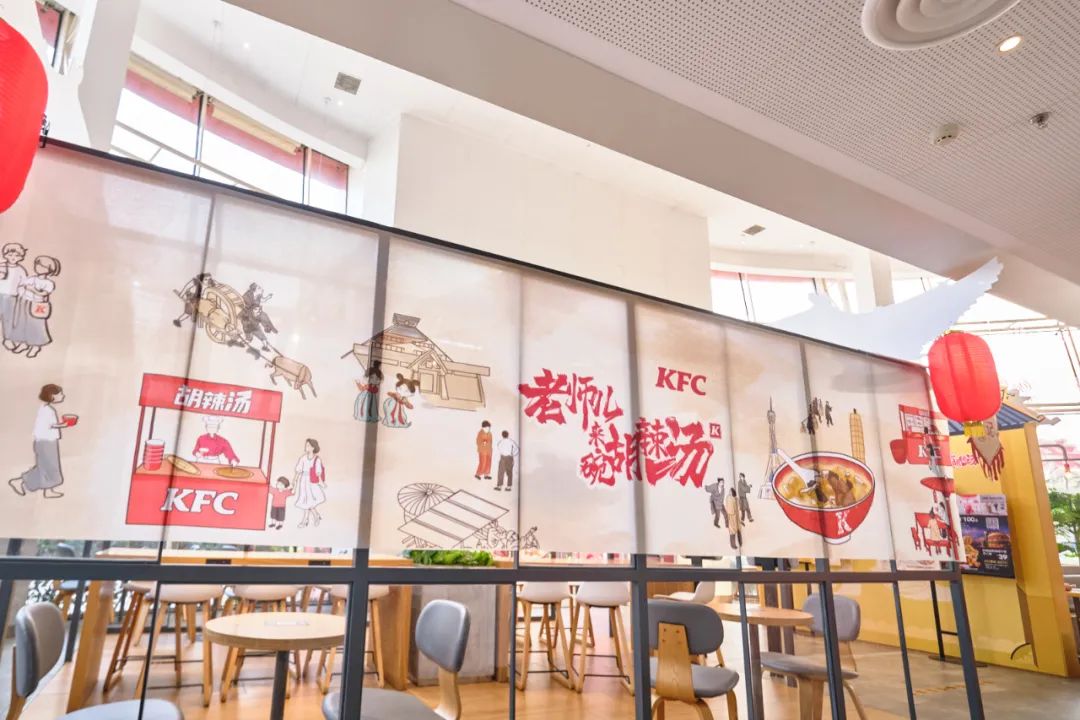 In fact, as Chinese consumers pay more and more attention to the localization of food, and social media accelerate the rapid emergence of “regional cuisine” which was originally popular in a certain place, expanding the potential consumer population, the food and beverage chain giants are indeed facing great opportunities in introducing regional cuisine into restaurants in other cities.

According to a report released by yingminte in February 2020 obtained by snack generation, based on the survey of 3000 Internet users aged 18-49, almost all respondents hope to have more domestic and foreign cuisine restaurants in their cities. At the same time, these respondents in first tier cities who want to see more regional food are more likely to be high-income people.

According to the enminster survey, the respondents’ interest in understanding the cooking methods of local dishes and the local ingredients used shows that localization not only needs to provide local dishes to consumers, but also needs to tell them their characteristics.

However, it is not easy to sell breakfast products with local characteristics nationwide.

Generally speaking, customers’ pursuit of regional cuisine first includes “authentic taste”. To satisfy this, KFC’s approach is to “pull” the team to the “time-honored” people who choose to cooperate with the awesome old brands.

For example, xiaoshidai introduced that in order to make the traditional flavor of hot and dry noodles, KFC cooperated with Wuhan well-known brand “dahankou” to pay attention to the selection of raw materials, production technology and taste matching. It is reported that the raw materials of noodles are authentic alkaline water, which ensures the “smooth and strong taste”. When selling, hot water is used to scald the noodles. Finally, sesame paste is used to mix the noodles, sprinkled with crispy diced radish and fresh scallion.

In order to launch authentic steamed stuffed bun products in Hangzhou, Wenzhou and other places, KFC has also reached cooperation with the century old brand “zhiweiguan”. Statistics show that zhiweiguan is known as “Xiaolong family”, and its traditional dessert making skills are selected into the third batch of intangible cultural heritage list of Zhejiang Province. 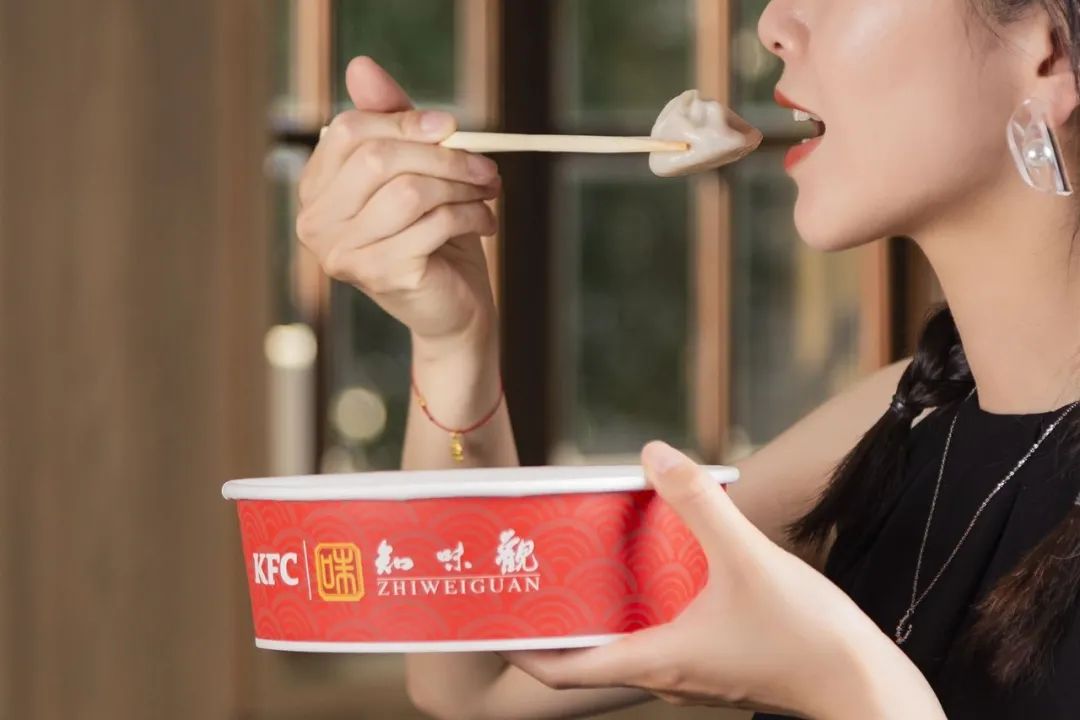 But this approach also faces challenges – in the impression of many consumers, it seems that only the original, handmade and workshop food is the “classic authentic taste”. When KFC and century old brands jointly launch a series of characteristic local breakfast, how can we reproduce the classic taste into a standardized product convenient for mass production?

Taking “Zhiwei Xiaolong”, the first xiaolongbao product launched by KFC, as an example, it is understood that before the formal launch of the product, KFC has finally determined the oven parameters required for pasta “steaming” in the traditional process through thousands of continuous tests and setting the test environment of different oven models, so as to ensure the xiaolongbao steamed by the oven “The skin is full and does not collapse, the taste is flexible and the soup is rich”. In addition, KFC also adjusted the proportion and grams of dough and stuffing of xiaolongbao to make it more suitable for the “steaming” environment in the oven. 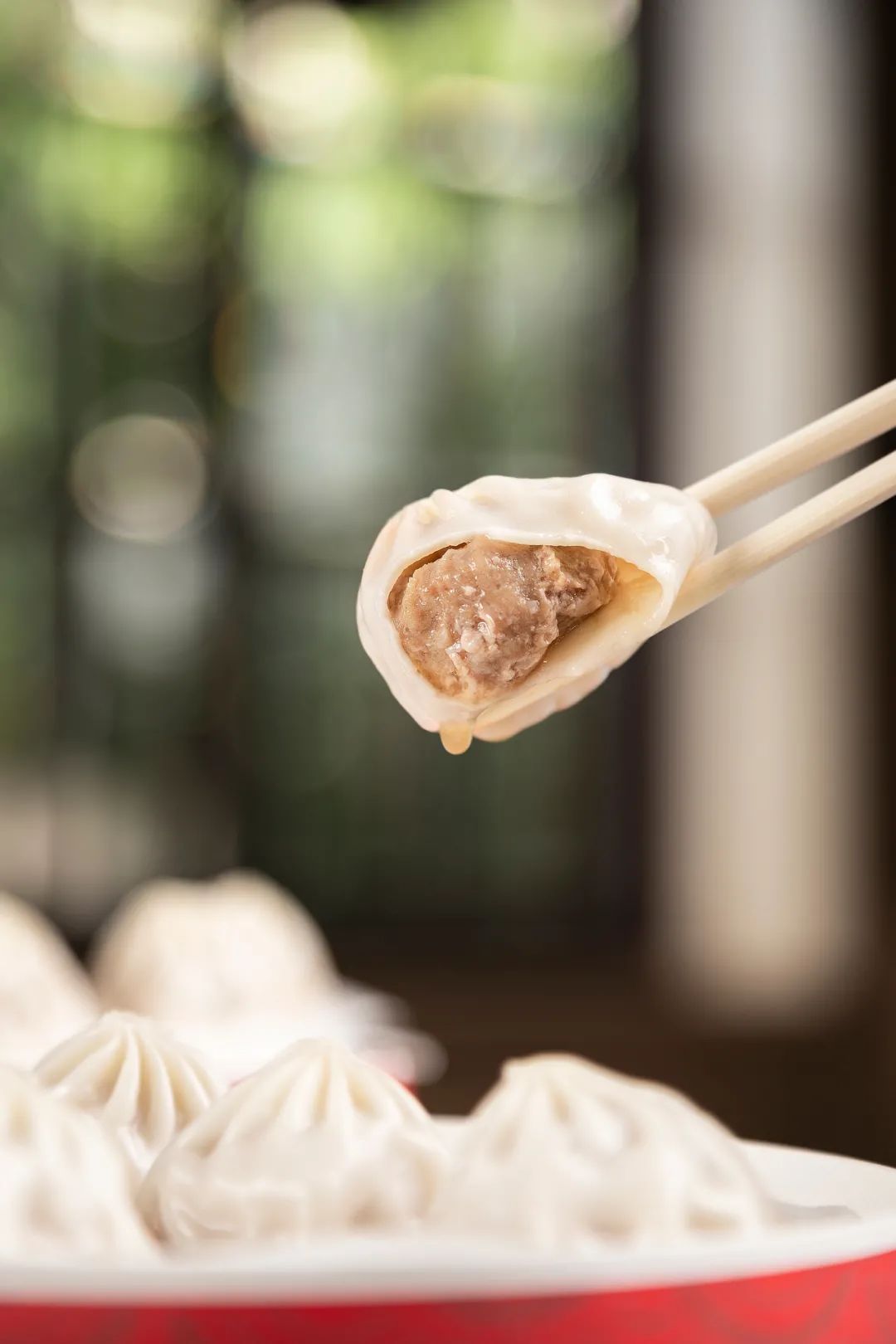 Secondly, customers’ pursuit of regional food usually includes “authentic food materials”, which means that behind the expansion of regional food products, there needs to be a strong local supply chain.

Xiaoshidai learned that KFC currently has about 550 raw material suppliers in China, and purchases thousands of commodities from chicken, vegetables and bread to packaging boxes, equipment and building materials. According to statistics, the raw materials provided by Chinese suppliers have accounted for more than 90% of KFC’s total procurement. Take chicken raw materials as an example, of which more than 90% are purchased locally.

The national listing of KFC’s hot and dry noodles also benefited from this. Xiaoshidai introduced that as early as November 2020, Hubei Provincial People’s government signed a strategic cooperation framework agreement with KFC’s Yum China Holdings Co., Ltd. according to the agreement, yum China will strengthen the procurement of qualified raw materials from Hubei and promote the integration of “made in Hubei” products into the supply chain system. 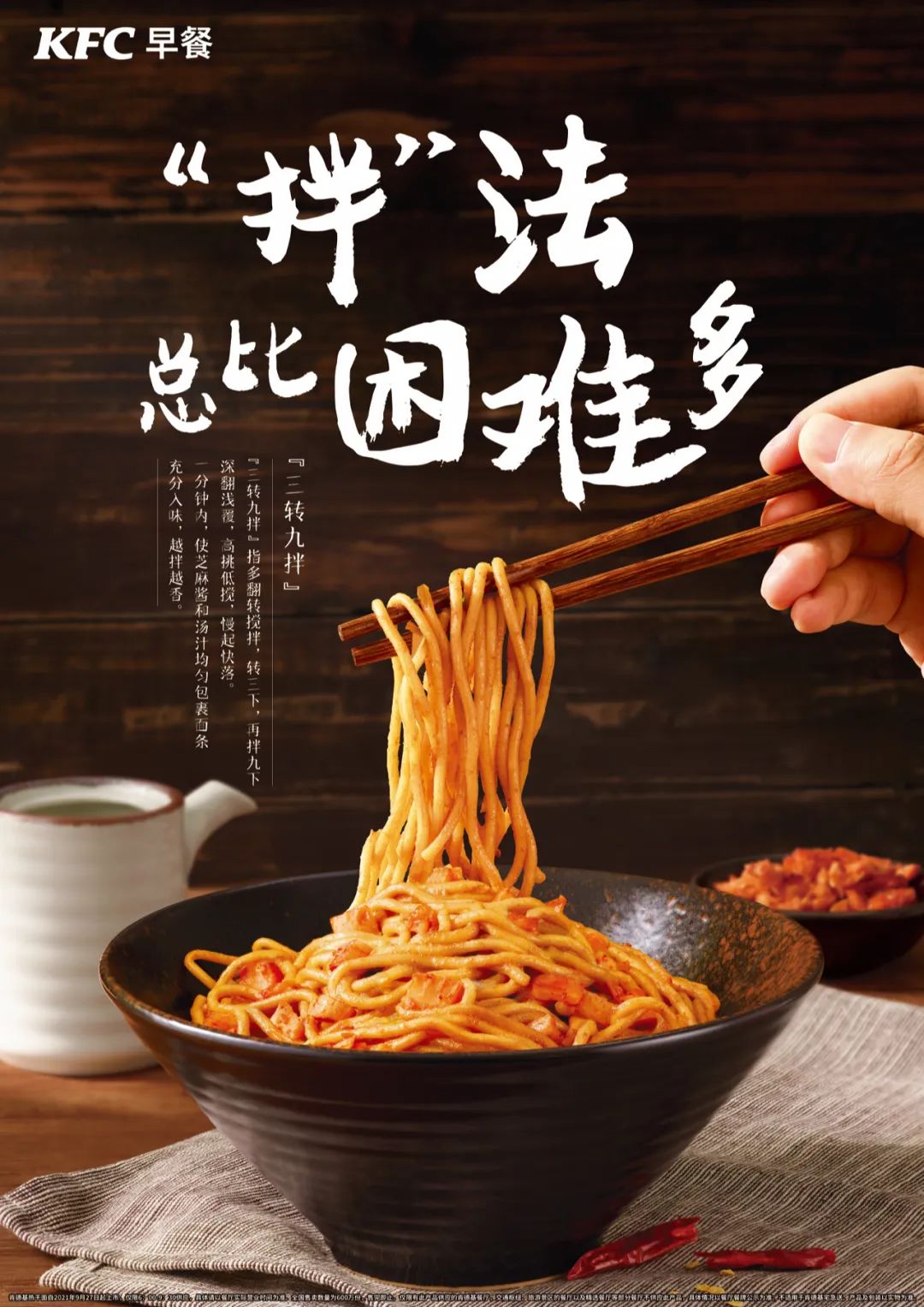 Turning over the historical messages of netizens, “when can I have dry noodles in KFC?” “KFC has the ability to make a spicy soup!” “KFC is going to become a Chinese restaurant?”… All kinds of “big brain holes” From the improvement of exotic flavor, to the introduction of Chinese fast food, to the development of new dishes with Chinese regional characteristics, KFC has always adhered to “based on China and integrate into life”, and practiced “balanced nutrition and healthy life”.

Xiaoshidai noted that at the online investor day activity of Yum China 2021 held last Thursday, Huang jinshuan, general manager of KFC, mentioned that with the continuous in-depth regional development in the Chinese market, KFC is committed to finding more Chinese food. With its understanding of the Chinese market, KFC has overcome various complex challenges in supply chain and operation in menu innovation Suppliers work together to create new local flavor menus.