On the first day after the festival, McDonald’s China, a fast food chain giant, unlocked a very cool new headquarters. 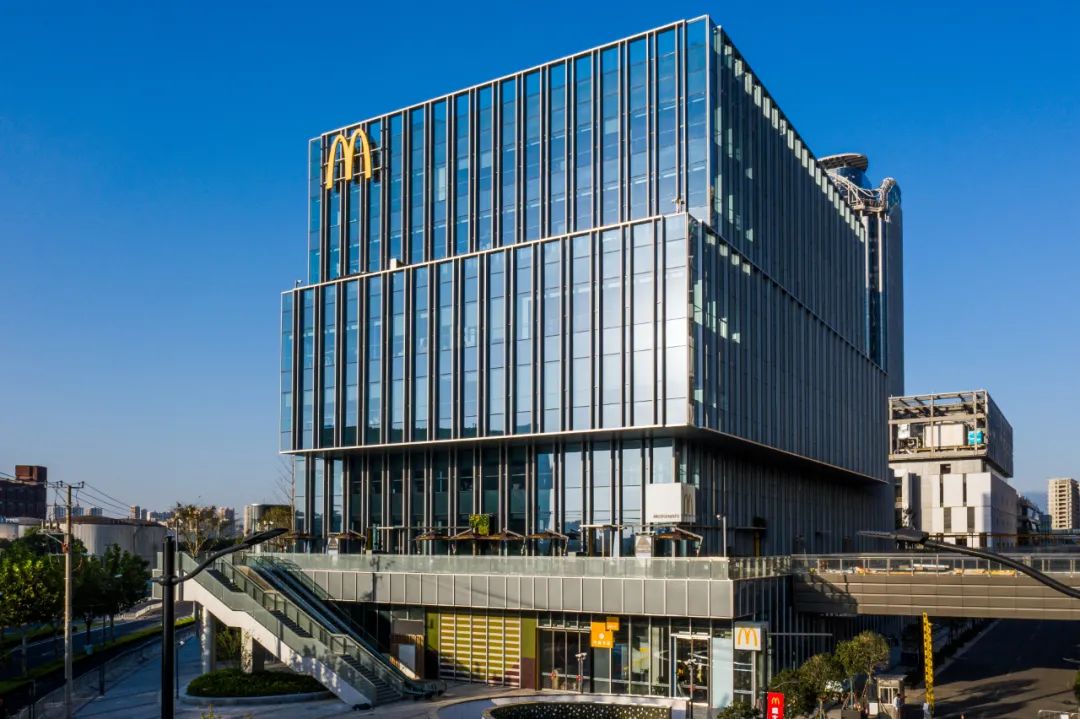 McDonald’s China new headquarters in the West Bank of Shanghai

“Today, 31 years ago, McDonald’s opened the first restaurant in mainland China in Shenzhen, so we chose to officially open the new headquarters on this special day.” Zhang Jiayin, CEO of McDonald’s China, said when communicating with snack generation in the “Big Mac Cube” today. Now, the company will start again and start a new journey.

Xiaoshidai noted that, according to her latest disclosure, in terms of store expansion, the company’s goal of increasing the number of stores to 4500 by the end of 2022 “should be achieved in advance in the first quarter of 2022”. During the exchange, she also mentioned how the new headquarters will promote McDonald’s consumer insight and product innovation. 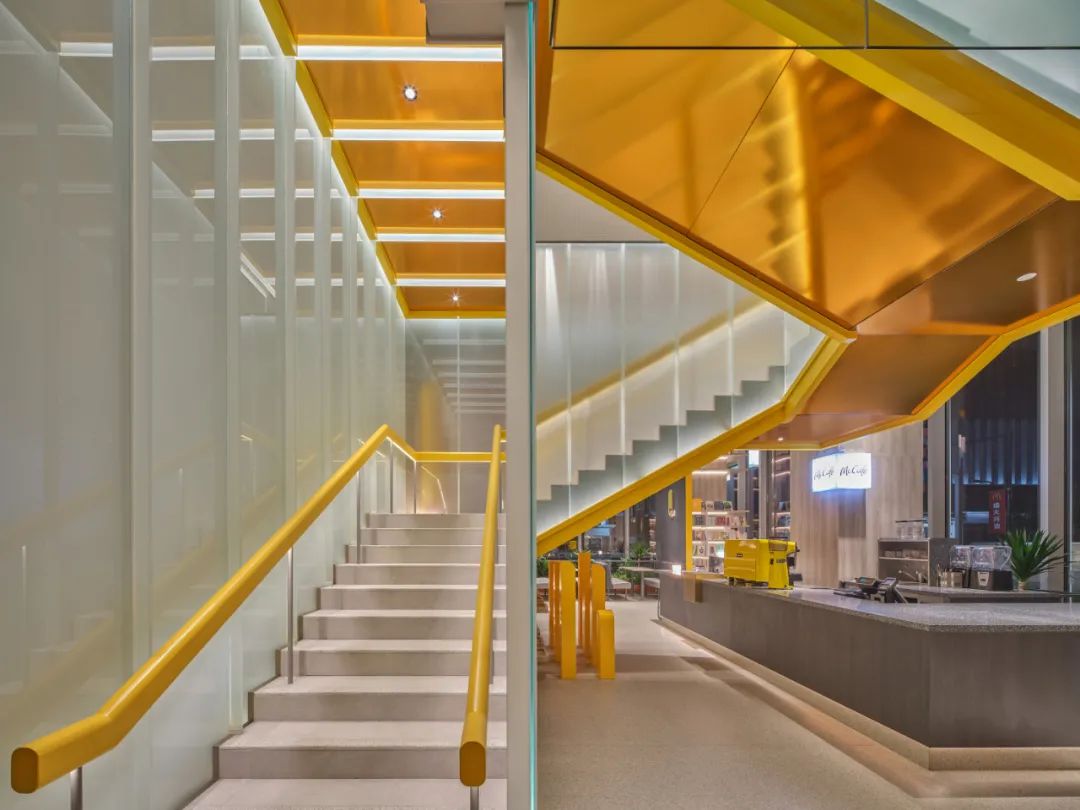 Next, the snack generation will take all migrant workers to the cloud to visit what “other people’s headquarters” looks like!

From a distance, people can see the eye-catching “golden arch” sign above McDonald’s new headquarters building and a giant inflatable device about six meters high placed on the terrace. This single family building covers a total area of nearly 18000 square meters and has eight floors. It is called “Big Mac magic cube” because it is consistent with the number of floors of McDonald’s classic product “Big Mac” and the appearance of the scattered buildings is similar to the magic cube. 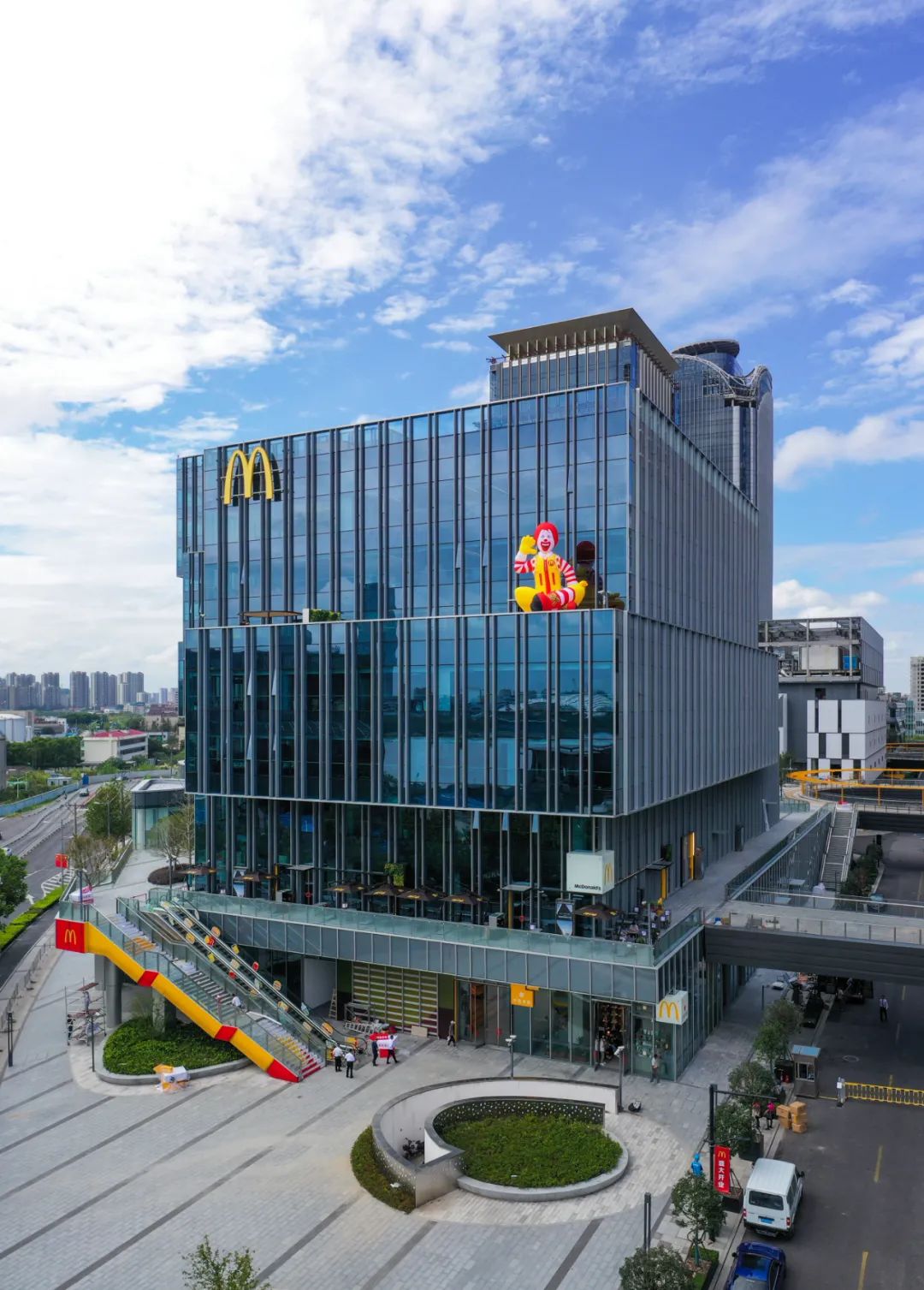 Walking into the building, if you ignore the signs about McDonald’s, you may think you are coming to an Internet technology enterprise or advertising creative company.

First of all, the most intuitive change is that the new headquarters adopts the “activity-based working (ABW) mode based on office affairs”, breaking the traditional fixed station.

The snack generation learned that the employees of McDonald’s China headquarters will flexibly book a total of 8 different types of work stations through the online system. At the same time, the building is equipped with smart cabinets for them to save office supplies and data. 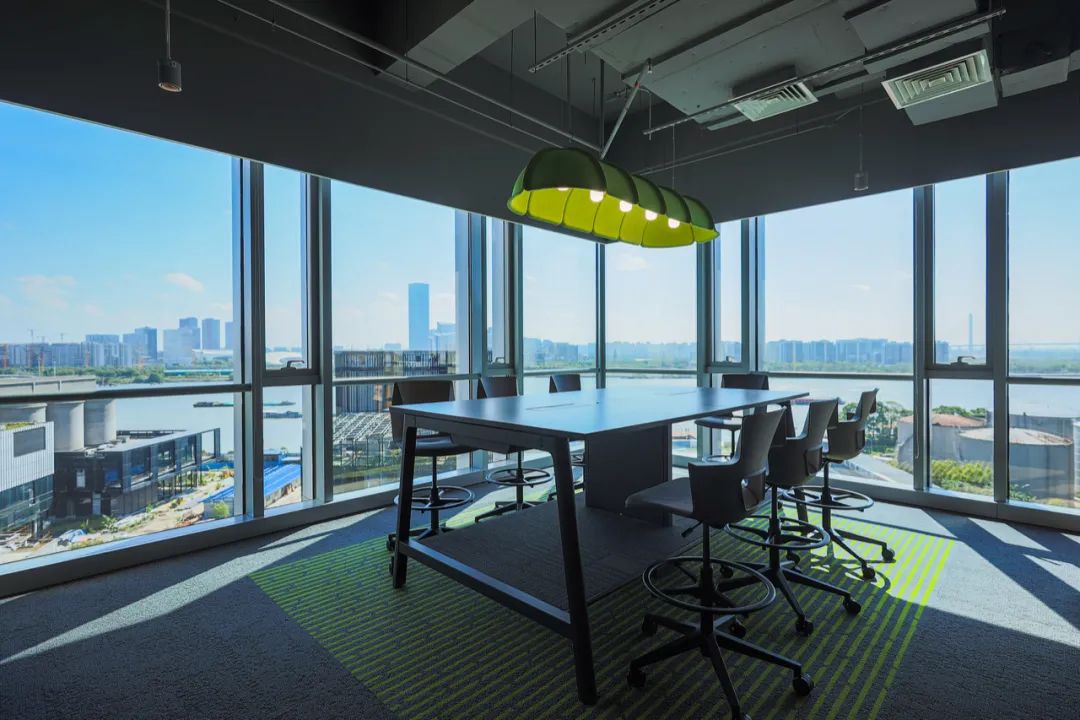 Interestingly, even the CEO of McDonald’s China will try to work flexibly.

“I’m also very nervous, because I haven’t tried such an office method before. But I will certainly take the lead in walking around the office building, take the initiative and interact with everyone on each floor. In the past, everyone may come to me for meetings. Now every team has a ‘team home’, and I will go to each team’s team home to communicate with them.” Zhangjiayin told xiaoshidai. 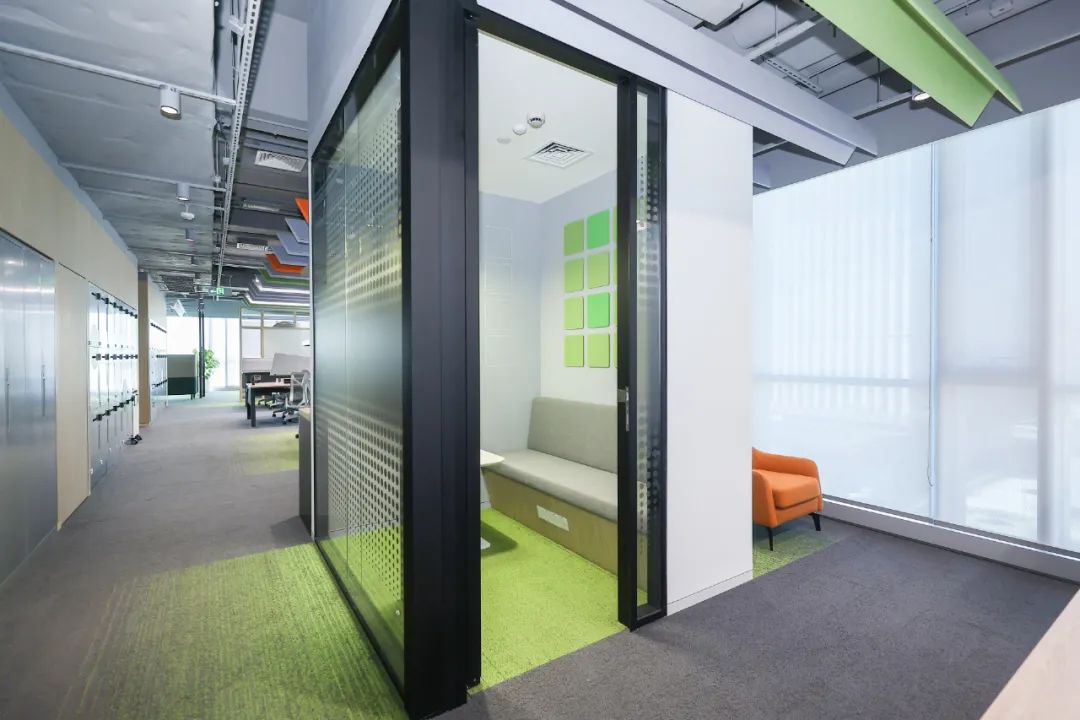 Inside McDonald’s new headquarters in China

When talking about the reasons for adopting the “ABW” model, Liang Haijing, chief development officer of McDonald’s China, told the snack generation that the company visited many Internet companies and some cutting-edge fashion technology companies, and got some inspiration from them. “We found that the traditional office mode is divided according to departments. When we need cross departmental cooperation, we must go to a meeting room and sit down for a meeting. But now the market changes very fast, and we are all paying attention to agile office.”

Therefore, the fast food giant believes that in order to promote the rapid collision of inspiration and effectively break the barriers of the Department, every employee should not have a fixed station. 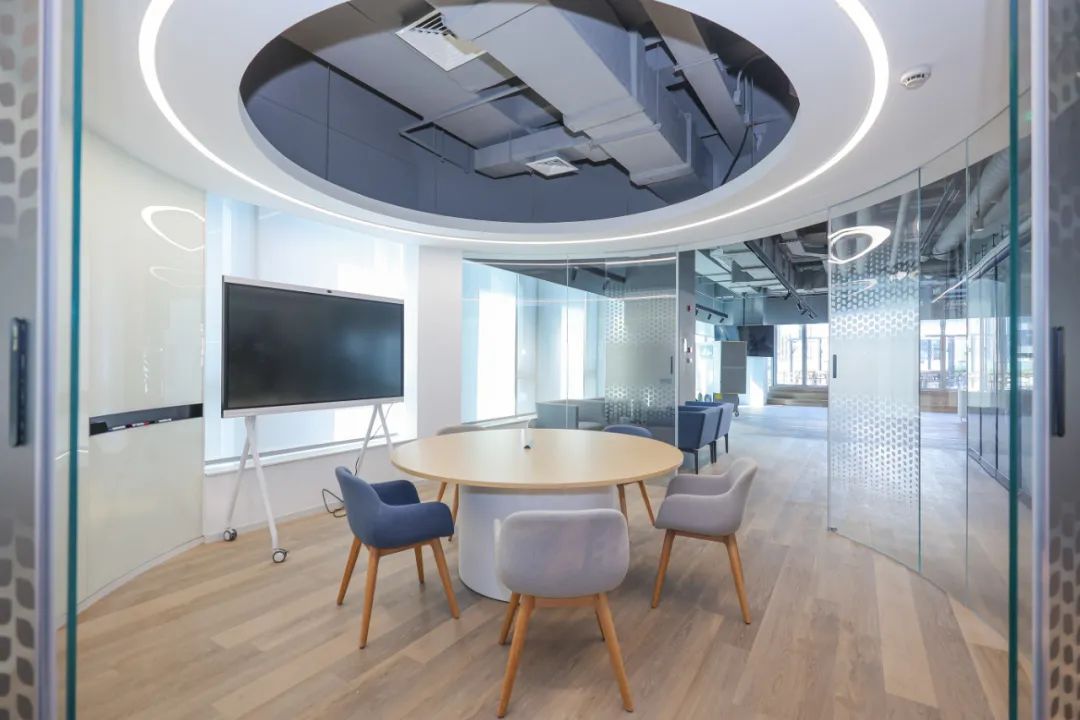 “In addition to considering that the CEO has some confidential conversations, we have arranged an independent office for her at the same time.” she smiled. In addition, it can be said that more than 99% of headquarters employees, no matter what the position, “you may sit next to the CFO today, and you may accidentally sit next to the CEO tomorrow. We believe that this physical change will bring about changes in the mentality and thinking of employees.”

Secondly, it is quite impressive that in order to promote collaborative innovation, McDonald’s China’s new headquarters focuses the relevant functional departments such as R & D experiments on the same level.

During the on-site visit, xiaoshidai saw that there was an “innovation laboratory” on the second floor of the headquarters, including McDonald’s Food Innovation Center (FIC) and it strategic R & D center. It is reported that the whole process of new product R & D has been integrated here: collecting consumer feedback, new product R & D, product tasting, restaurant simulation, quality testing and it stress testing. 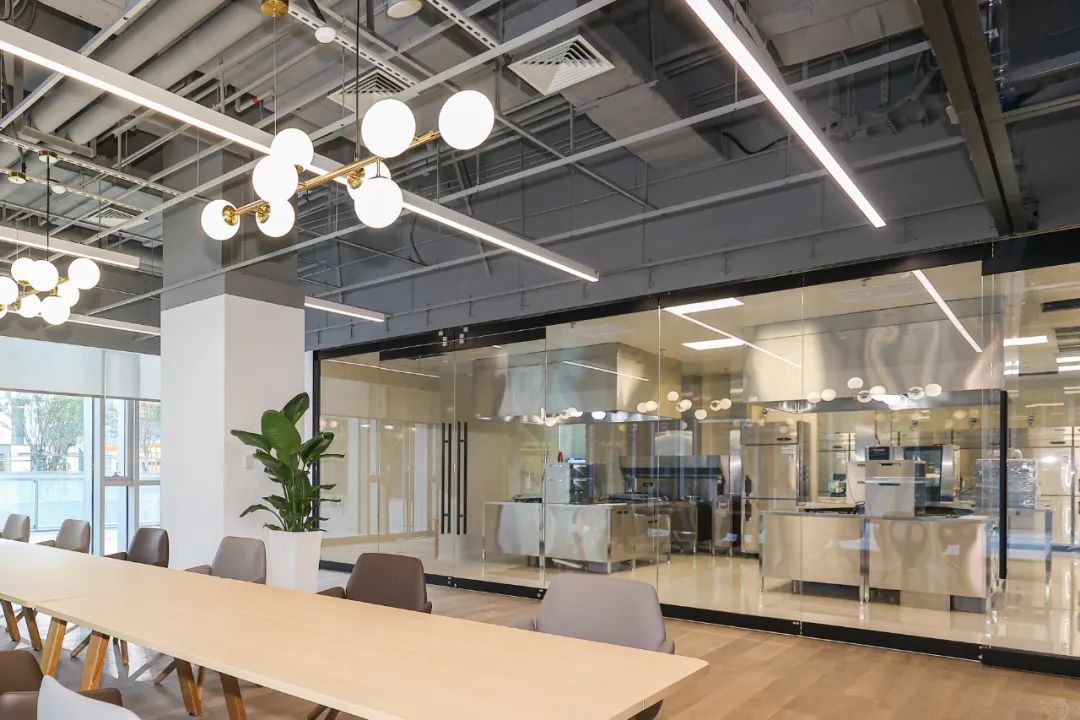 “We put forward the eotf three years ago, which is the future dining experience. We are the first to use the self-service ordering machine in the catering industry. Customers can not be disturbed in the whole ordering and picking up process. In the future, our IT R & D center on the second floor will work with the operation Department to observe the moving line in the restaurant and create more and updated dining modes,” she said.

Taking recent innovations as an example, she mentioned that some McDonald’s restaurants in Shanghai, Guangdong and other places have launched “meal taking cabinets”. Consumers can place an order with their mobile phone before coming to the restaurant, and then pick it up in the smart meal taking cabinet. “After consumers scan the code, the cabinet door will pop up automatically. The whole process is very fast and convenient. At the same time, there is no contact. It is also a new (dining) mode that can well adapt to the post epidemic era.” 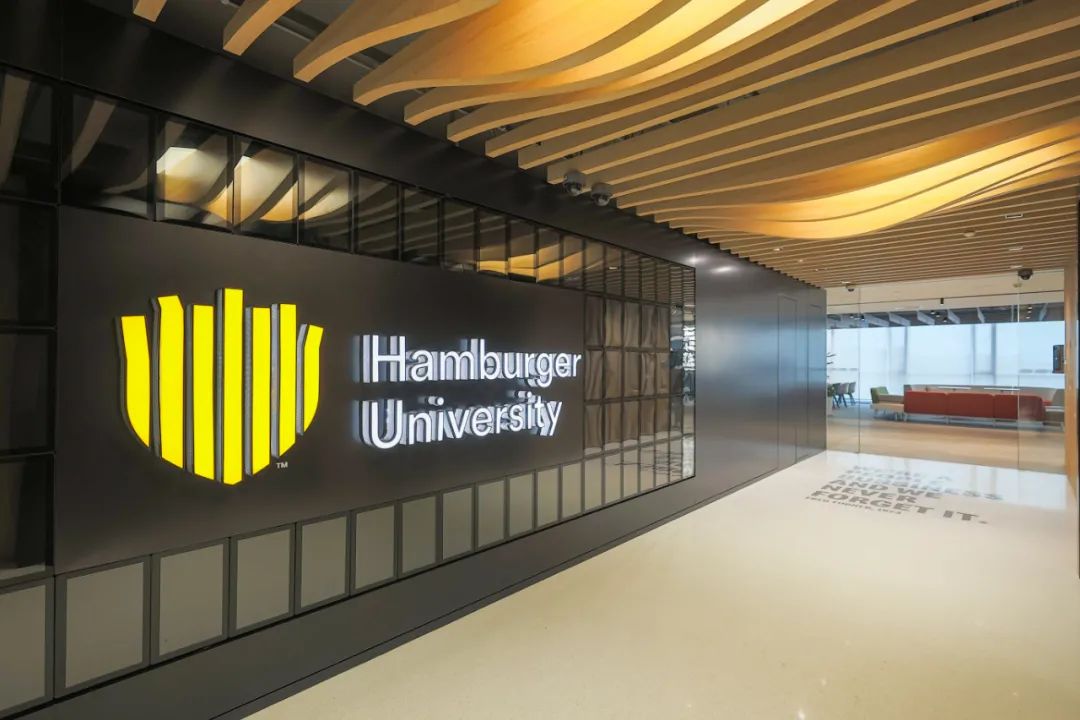 On the third floor of the “Big Mac Cube”, McDonald’s Hamburg University is settled simultaneously today. Xiaoshidai learned that it will officially start its “first lesson” in the new headquarters building on October 11.

It is reported that as an internal training institution, Hamburg University is expected to complete relevant courses for more than 75000 employees in the next five years. “At the same time, we have a youth unlimited project in cooperation with many colleges and universities. In the future, more than 10000 students (through the project) will find his career in Madonna Laurie, which is to reserve better talents to help us grow in the future,” Zhang said. 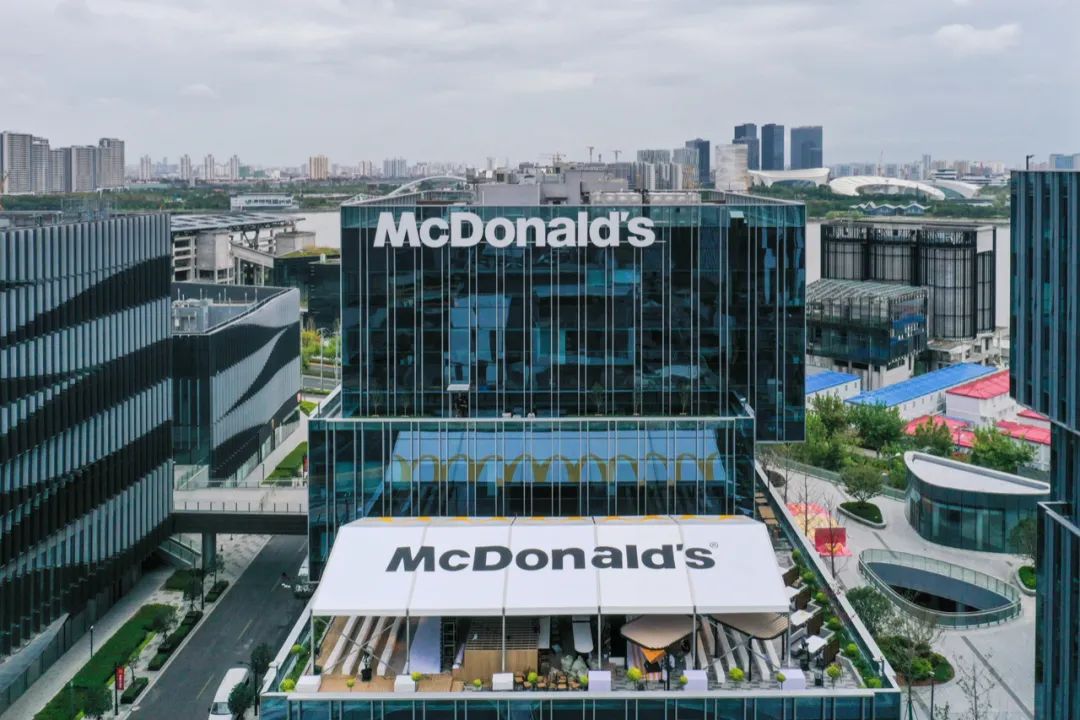 On the first and second floors of the “Big Mac Cube”, the flagship restaurant of McDonald’s headquarters opened today. This restaurant has two floors, covering an area of more than 700 square meters. It can accommodate more than 200 customers at the same time. It is the largest restaurant in Shanghai McDonald’s at present.

It is worth noting that this is the company’s first flagship restaurant designed in cube style in East China. It is called “Cube” because many square elements are used in the store. In addition, many design elements such as warm colors and “hidden smile” are used in the store – for example, the cushions of some seats are not flat, but curved surfaces that look like “smile”. 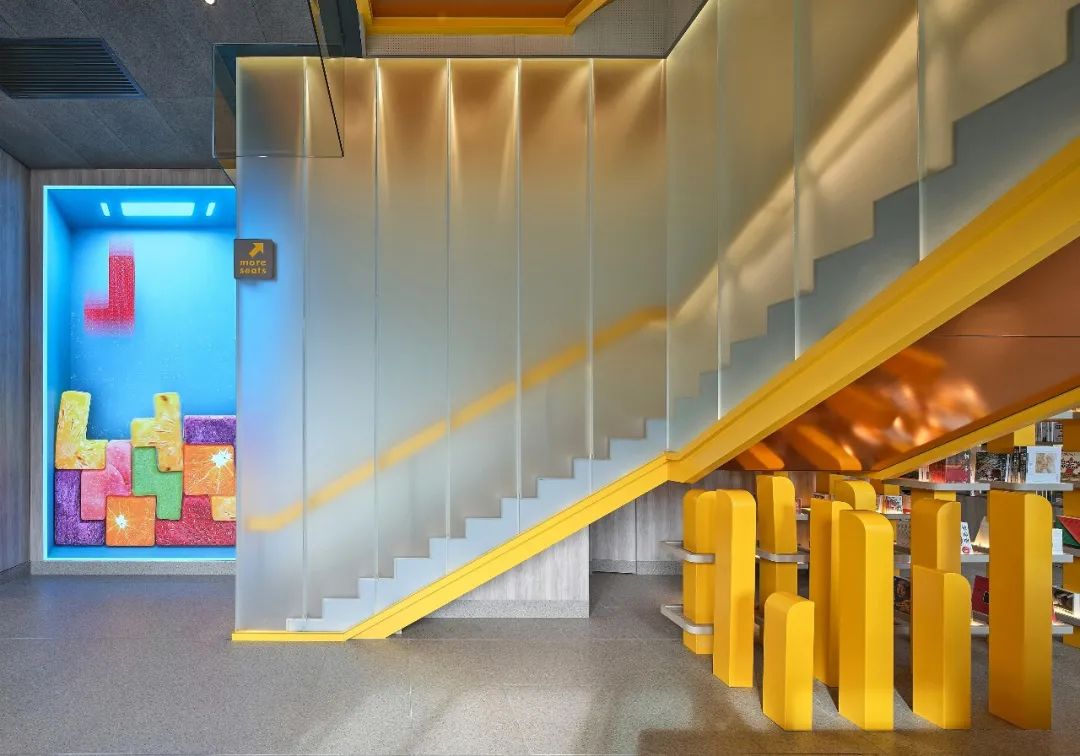 At the same time, the restaurant cooperated with CITIC bookstore to launch a parent-child space combining coffee, bookstore and children’s theater for the first time. This restaurant is also the first McDonald’s restaurant in mainland China to submit LEED platinum certification application.

“With the full support of CITIC and Carlyle, McDonald’s China has entered the ‘golden arch’ era of accelerated development. In the past four years, the number of McDonald’s restaurants in mainland China has nearly doubled.” Zhang Yichen, chairman of McDonald’s China’s board of directors, said today, “we hope to start a new chapter in McDonald’s green development in China with the opening of the new headquarters.” 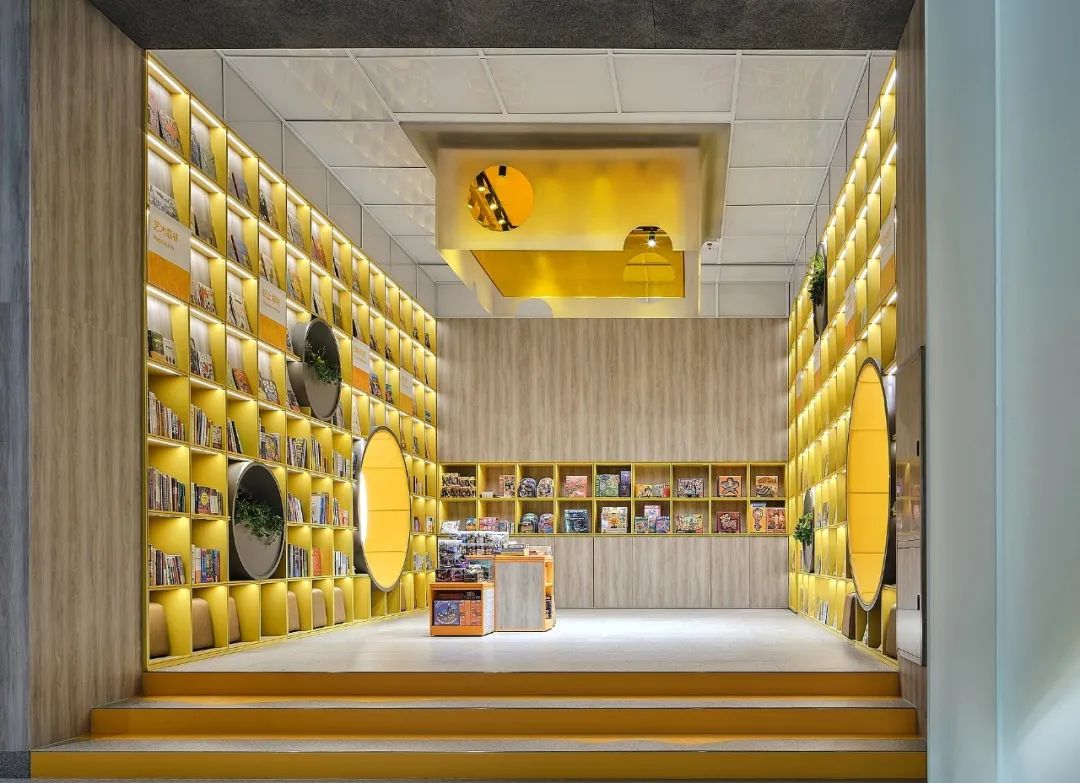 The snack generation learned today that at present, the number of McDonald’s Chinese restaurants has exceeded 4200. It is expected to open more than 550 new restaurants this year, with an average of one new restaurant every more than ten hours.

Looking back on the 30-year history of McDonald’s entering the Chinese market, she said that in the first stage, western catering chains were on a large scale, that is, opening stores. “At that time, we tried our best to use the huge assets, so we started the 24-hour business model, or opened breakfast at 5 o’clock.”

She believes that the second stage can be summarized as digitization. “This is very innovative. We re create what catering is. In the past, we ordered meals face-to-face. Now we order meals with mobile phones. We are talking about members and digital assets. In the past, delivery may not account for a large proportion in restaurants, but now it can basically reach 30% or more,” she said, The new Omni channel retail model has grown rapidly in the second stage. 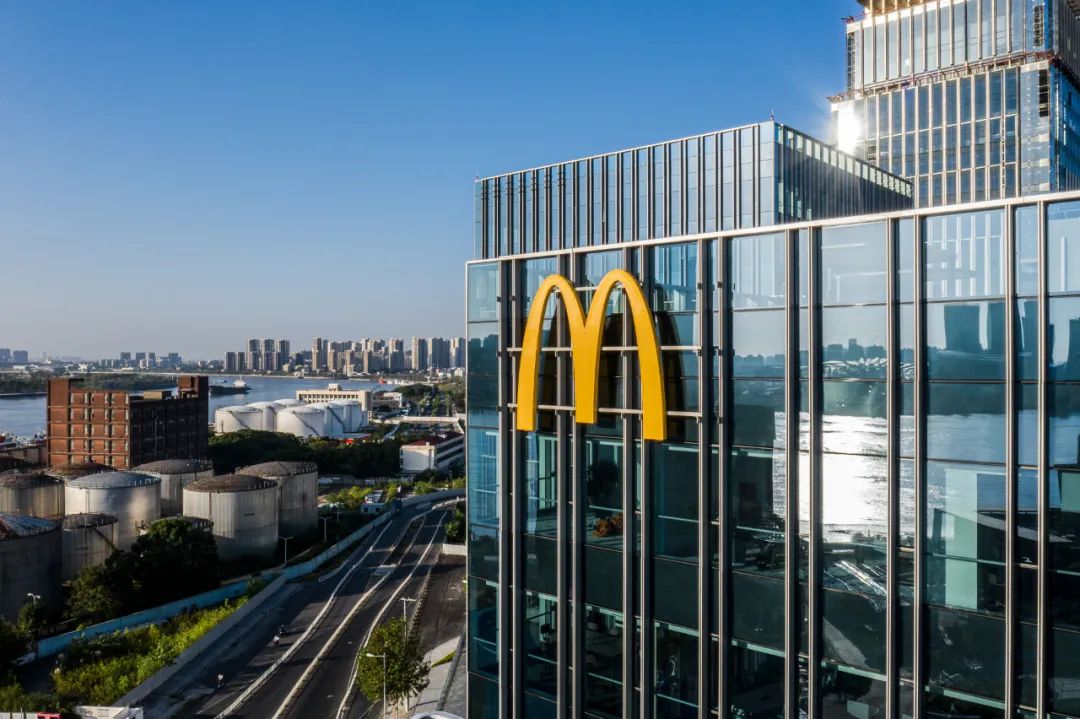 Looking to the future, that is, McDonald’s China has entered the “third stage”, Zhang said that scale is still a very important trend, so the company will continue to sink to low-level cities. But at the same time, she stressed that the future growth of brands should play the card of “differentiation”.

“If you don’t have characteristics, consumers may lack the motivation to patronize. Therefore, I hope to deepen customers’ loyalty to McDonald’s through our products and unique store design, through our green growth mode, and through our marketing methods that cater to generation Z young people’s marketing department. This is our outlook for the future, which should be faster and more competitive It is larger and more distinctive, “Zhang said.