Recently, the General Administration of market supervision organized food safety supervision and sampling inspection, and detected that 7 batches of samples of 5 categories of food, such as edible agricultural products, fried food and nut products, convenience food, vegetable products and fruit products, were unqualified. Among them, one batch of products of YIHAI KERRY Kellogg food (Shanghai) Co., Ltd. was found to exceed the standard of aflatoxin, and the enterprise was fined 18.37 million. In this regard, Kellogg China said yesterday that it would sincerely accept the state supervision and seriously rectify (issued by the State Administration of market supervision and the company) 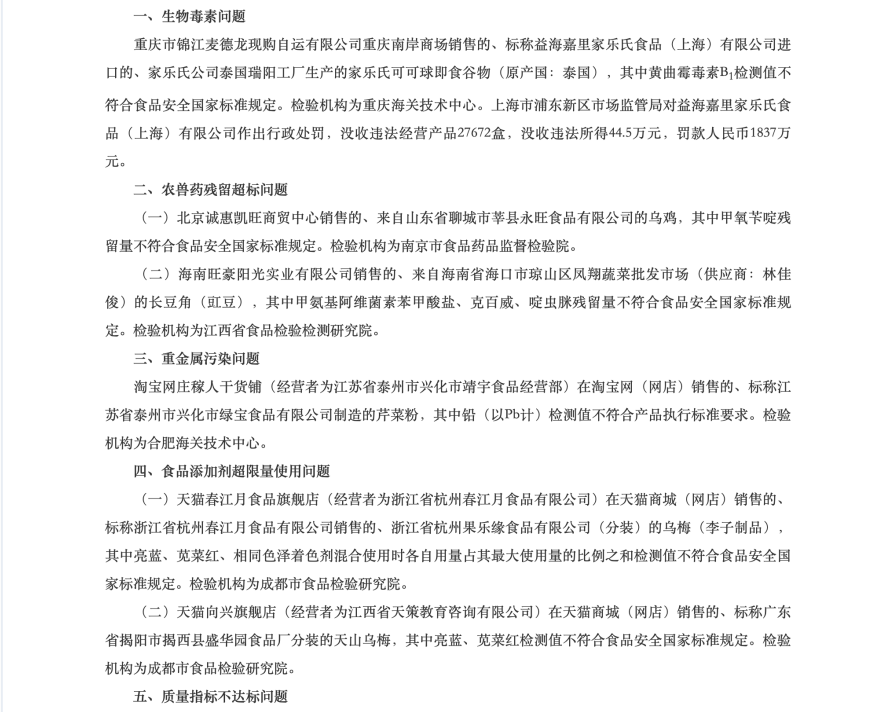 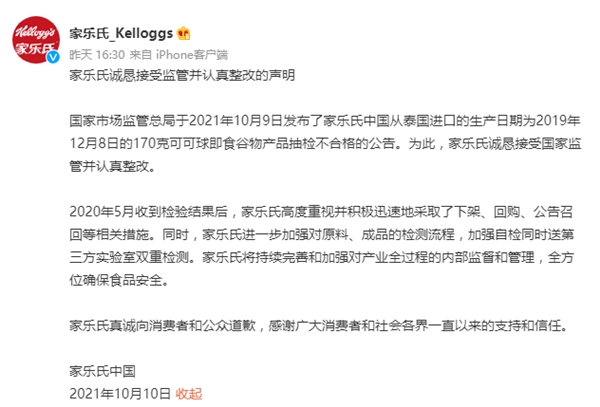 Recently, the foundation laying ceremony of Zhengzhou Swire Coca Cola expansion and reconstruction project was held in Zhengzhou, Henan Province. The total investment of the project is no less than 900 million yuan, which is the largest single investment of Swire Coca Cola in China so far. It is expected to be completed and put into operation within two years, and the annual maximum production capacity will reach 1 million tons. In the next five years, Swire Cola will continue to increase its investment in China, including the expansion and reconstruction project of Zhengzhou Swire cola, which is expected to invest more than 5.5 billion yuan in factory infrastructure. Swire Cola also plans to relocate and expand two factories in Guangzhou and Shanghai Minhang, adding nearly 20 production lines. (Xinhua News Agency)

Today, Taoli bread announced that at present, with the orderly dispatching of power in Jiangsu, Jiangsu Taoli has gradually resumed production from October 1, 2021. As the power supply is still tight, Jiangsu Taoli will continue to produce and operate in accordance with the power policies of the local government. So far, Dongguan Taoli, Changchun food, Shenyang Taoli, Dalian Taoli, Shandong Taoli, Tianjin Taoli, Dandong Taoli, Harbin Taoli and Qingdao Taoli bread Co., Ltd. have actively cooperated with the power restriction measures according to the relevant notices of the local government on orderly power consumption. (company announcement)

The revenue of peach plum bread in the first three quarters was 4.663 billion yuan

Yesterday, chabaidao, a new tea brand, issued a statement on its official microblog, saying that after inspection, no food safety problems were found in stores, but some stores had problems such as non-standard food storage. And released a series of management measures for stores. On the late night of October 9, chabaidao responded to the previous complaint of Ningbo customers about the discovery of spiders in drinks on its microblog, saying that the spiders with unknown origin in the video were not produced and distributed by chabaidao, which was difficult to claim. (First Finance)

Recently, Jinjian Rice announced that the dairy company, a holding subsidiary, plans to transform and upgrade the fifth pasture into a modern dairy farm with a dairy farming scale of 800 cows. The total investment in the transformation and upgrading of the fifth ranch is 19 million yuan. (company announcement)

Recently, the 100000 kiloliter tinned production line of snow beer Guang’an branch has been put into operation at full capacity in Zhongtan Industrial Park, wusheng County. “We mainly have two types of 500ml and 330ml, and we will also produce Jinwei, Yongchuang and other brands in the future,” said the relevant person in charge of Guang’an branch of China Resources Snow Beer (Sichuan) Co., Ltd. (Sichuan Daily)

During the long National Day holiday just passed, the sales of HEMA hot pot increased by 287% over the same period last year, but the sales of cold and fresh ingredients increased more than seven times than usual. Since the end of September this year, HEMA has launched more than 900 kinds of fresh food ingredients at one go, an increase of more than 20% over last year. (issued by the company)

The first store of “Xiaomian Xiaojiu” under Hefu opened in Guangzhou

Recently, Carrefour announced that its first member store, which has been prepared for more than four months, will open on October 15, and set up a membership fee free experience three days before the opening (from 15th to 17th). This club store is located in Chengshan Road, Pudong New Area, Shanghai. It is transformed from Carrefour supermarket. According to a Carrefour clerk, the annual membership fee of the store is 258 yuan. (interface News)

Recently, the “big white rabbit milk sugar flavor prepared milk” of cross-border cooperation between Guangming dairy and Guanshengyuan, two major enterprises in Shanghai, considered “going out” for the first time after entering the markets in Shanghai, Jiangsu, Zhejiang and Anhui, and the first batch of export products will be put on the shelves of 7-11 convenience stores in Southeast Asia. It is reported that the first batch of net red milk to be exported is 680 boxes, nearly 10 tons. At present, the filling has been completed, the enterprise is undergoing its own laboratory inspection, and it is planned to declare to the Customs for export at the end of this month. (Shanghai Customs)

Recently, the fruit and vegetable fiber clear body brand “21beauty” has completed millions of angel rounds of financing, which has not been disclosed by the investor. This round of financing will be mainly used for product R & D, talent introduction and channel expansion. (36 krypton)

Yesterday afternoon, the first batch of more than 1000 boxes of materials allocated by Yili and the Red Cross Foundation of China, including amuxi normal temperature yogurt, Jindian milk, Yike live spring mineral water, high calcium protein milk powder and other materials, have all been delivered to the affected front lines in Shanxi: nanzuo village and Fenggu village, Qi County, Jinzhong City. Other materials will be sent to other areas affected by the disaster. (Taiyuan News Network)

Shanxi Fenjiu said that Shanxi Fenjiu has recently donated 30 million yuan to Shanxi Red Cross Society for flood control, disaster relief and post disaster reconstruction in Shanxi. At the same time, Fenjiu promised to connect with the farmers of the affected sorghum base. Fenjiu will help disaster relief to the greatest extent and effectively minimize the losses of farmers. (Daily Economic News) 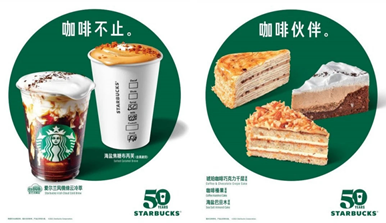 Recently, Haidilao has launched a series of juice bubble water in glass bottles. At present, there are three different flavors: Hawthorn soda, peach soda and apricot soda. At present, Haidilao’s own brand bubble water has been rolled out in its stores and sold in its member mall and tmall flagship store. (Interface)

AB InBev may sell some of its German beer brands

Market sources pointed out that AB InBev is studying the sale of some German beer brands, which may be worth about 1 billion euros. Negotiations are still ongoing, and it is uncertain whether AB InBev will decide to continue to sell these brands. Meanwhile, AB InBev is working with a consulting firm to explore options other than the production of alcoholic beverages. (Bloomberg)

Kraft Heinz raised prices for more than half of its products in the U.S. market

At present, kraft Heinz has aligned more than half of its products in the U.S. market to raise prices. Miguel Patricio, Global CEO of kraft Heinz, said that “the world population is increasing, but the amount of land used to grow food has not increased, and consumers will need to get used to higher food prices”. （BBC）

Recently, French retail giant Auchan recently approached to acquire rival Carrefour, but the negotiations between the two sides reached an impasse due to price issues. It is reported that Auchan’s proposed transaction valuation for Carrefour is about 21 euros per share, with a total market value of about 16.6 billion euros (19.2 billion US dollars). Carrefour’s management and major shareholders believe that the valuation range is too low. In addition, the trading structure of cash plus stock trading is also a point of disagreement in the negotiations. At present, the negotiations between the two sides have been suspended, and it is unclear whether the negotiations will be restarted. (Financial Associated Press) 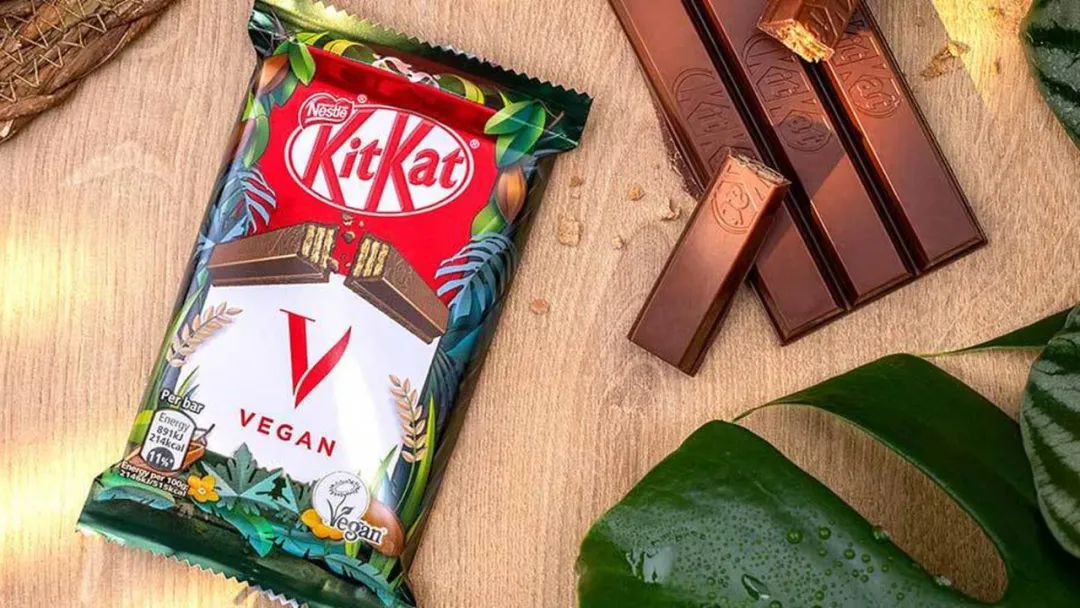 General Administration of customs and Ministry of Agriculture: the import of boneless beef under 30 months of age in the UK is prohibited

Today, the General Administration of customs and the Ministry of agriculture and rural areas issued an announcement that the import of boneless beef under 30 months of age in the UK is prohibited from the date of this announcement in order to prevent the introduction of mad cow disease and protect the production safety of animal husbandry and people’s health in China. (General Administration of customs, Ministry of agriculture and rural areas)

15 batches of tea were detected as prohibited substances in Shenzhen

Recently, the Shenzhen municipal market supervision and Administration issued a notice on the sampling inspection of food safety in 2021. The results showed that 15 batches of tea were detected to contain sunset yellow, involving neighborhood, xingmanbei, Wang Ning and other beverage stores. At present, the Shenzhen Municipal Bureau of supervision has asked the market supervision departments under each jurisdiction to investigate and deal with the unqualified products and their producers and operators in time, and investigate and deal with them according to law. In view of the sampling results, the Shenzhen Supervision Bureau reminded consumers not to blindly pursue products with too bright colors or too different from the actual colors, nor to pursue all kinds of “net red drinks”. (caijing.com)

The overall sales volume of the instant noodle industry fell by 7.7% in the first half of the year

The market of herbal tea is booming, but it still needs to enhance its sustainable attraction

According to the insight report on herbal tea market released by TMIC dark horse factory & iResearch consulting, from September 2020 to August 2021, the turnover growth of herbal tea market is about twice that of tea. The increase in turnover is mainly due to the increase in the number of buyers, but the main purchases are trial small packages with low order price, and the repurchase rate is low. (Beijing Youth Daily)

The food and Agriculture Organization of the United Nations recently announced that the global food price index reached 130 in September this year, up 1.2% month on month and 32.8% year-on-year, the highest since September 2011, according to the report “The rise of the index in September was mainly driven by the rise in the prices of most cereals and vegetable oils. The prices of dairy products and sugar also rose, and the price index of meat remained unchanged. (Reference News)

The number of overseas warehouses in China has exceeded 1900

According to the recent news of China business, Shu jueteng, spokesman of the Ministry of Commerce, previously said that as an important overseas node of cross-border e-commerce, China has more than 1900 overseas warehouses, with a total area of more than 13.5 million square meters, and its business scope radiates all over the world. Among them, the number of overseas warehouses in North America, Europe, Asia and other regions accounts for nearly 90%. (China business)

Meituan, Ali and JD health all rose by more than 8%

Hungry, Yao said he was determined not to engage in “one out of two” behavior

Recently, hungry Yao announced that it would not engage in “one of two choices” and would operate in accordance with the law. The original announcement shows that hungry Yao firmly supports relevant administrative departments such as the State Administration of market supervision and guidance on fair competition and long-term healthy development of the takeout industry Act, adhere to the operation in accordance with laws and regulations, and consciously maintain a fair and benign competitive environment in the takeout industry. (company announcement)