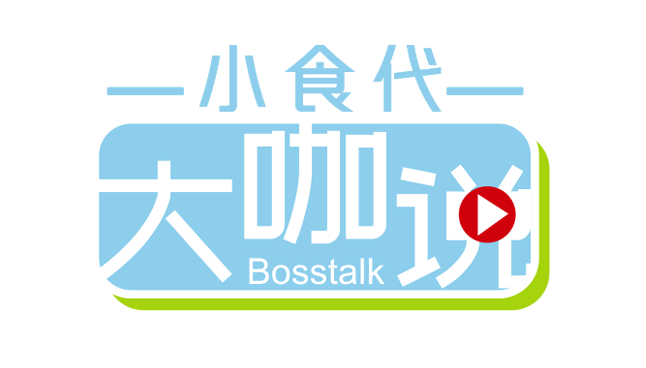 After China’s entry into China for more than 30 years, the “global stealth”, a global food flavour giant behind stealth, has been expanding its hitherto unknown expansion in China.

Recently, the world’s leading aroma and flavor manufacturing family business headquartered in Geneva, Switzerland, announced the opening of its chuangxiang experience center in Guangzhou to further expand its scale in China. Xiaoshidai noticed at the press conference that Paul Andersson, President of fenmeiyi China, revealed that it was planned to “double” the performance of fenmeiyi China by 2025.

“The doubling of performance we mentioned here refers to the organic growth part, that is, excluding mergers and acquisitions.” security Luo told xiaoshidai that it is expected that the food flavor business will also double. Statistics show that the business of fenmeiyi in China includes three sectors: taste, fragrance and ingredients.

When asked about the driving force of growth, he told xiaoshidai that there are four major growth opportunities behind this, including new customer groups brought by the rise of many emerging local brands, emerging categories with rapid growth in China and business expansion opportunities in more regions, And the huge purchasing power brought by China’s rising middle class and young consumers who love to taste fresh food. 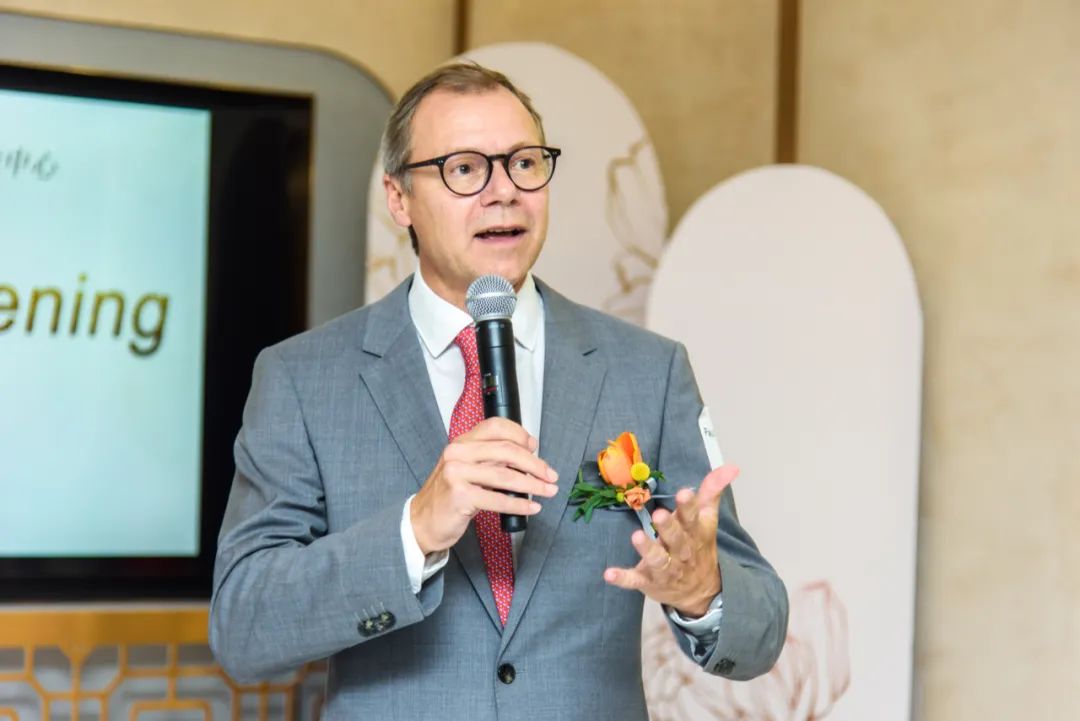 In the exclusive exchange before the press conference, Matthew rouse, vice president of fenmeiyi’s Chinese food flavor business, also talked to the snack generation in detail about the current hot sugar reduction trend, the potential salt reduction trend in the future, and the new plant-based field of the company, It expects that these catering consumption trends will bring growth to the company in the future.

Let’s get to know each other.

Reducing sugar is not as simple as taking it away

In recent years, with Chinese consumers becoming more and more vigilant about sugar intake, more and more brands are launching a variety of low sugar or sugar free drinks and foods still with sweet taste, which undoubtedly drives the business of upstream suppliers.

“Now almost everyone in the whole food and beverage market is interested in reducing sugar, including some of our customers. I think you have seen many new products in the market, which will claim zero calories, Zero sugar, zero fat, etc., which has reflected this consumption trend or consumers’ desire for healthier low sugar products,” rommed told the snack generation.

He said that especially in the past one or two years, the sugar reduction trend in the Chinese market has become more and more obvious. “In neighboring Southeast Asia (perhaps further), many countries have begun to levy sugar taxes, so every manufacturer is seeking to reduce sugar, otherwise the cost will be very high according to the usual consumption.” 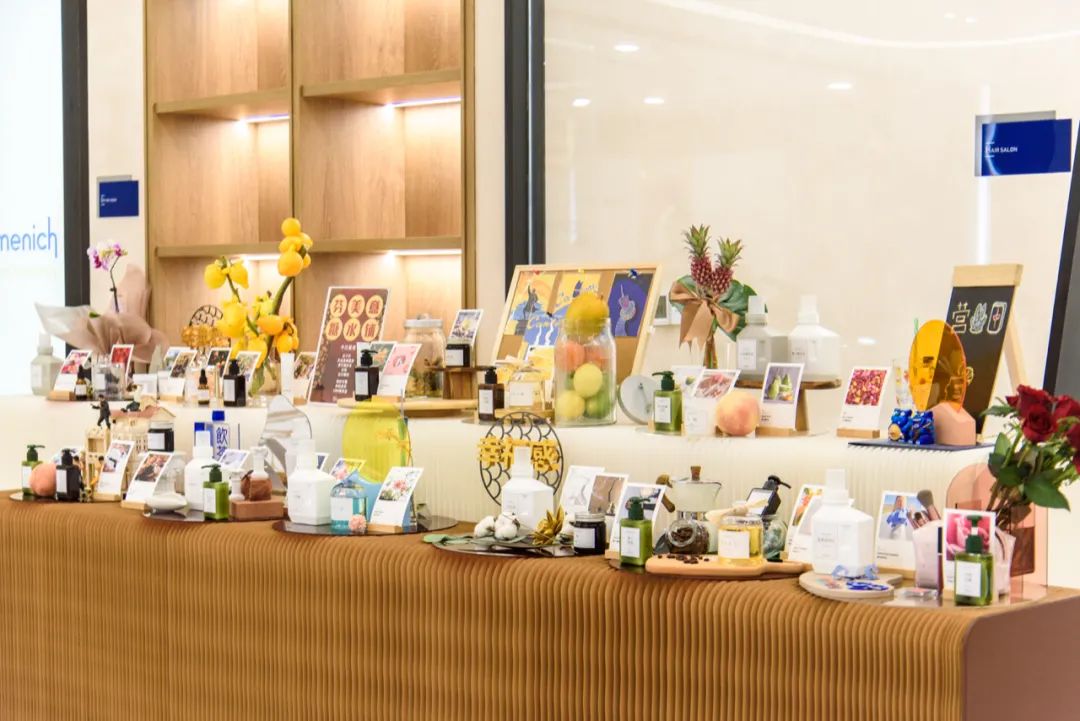 “It’s not easy, because we all know that sugar is a very important component in the structure and taste combination of the whole product, which has a great impact. For example, in drinks, once the sugar is removed, the balance and taste matching of other components will be broken, rather than saying that you just take away the sugar, and everything else will remain the same,” rommed said.

According to him, in providing sugar reduction solutions for food and beverage customers, fenmeiyi currently has two directions: the first direction is to use natural sweeteners as substitutes. “We have a strategic partner called layn, who can supply us with natural sweeteners such as Siraitia grosvenorii and stevia to replace the original sugar”; Another direction is to use its related technologies to reduce the addition of sugar. 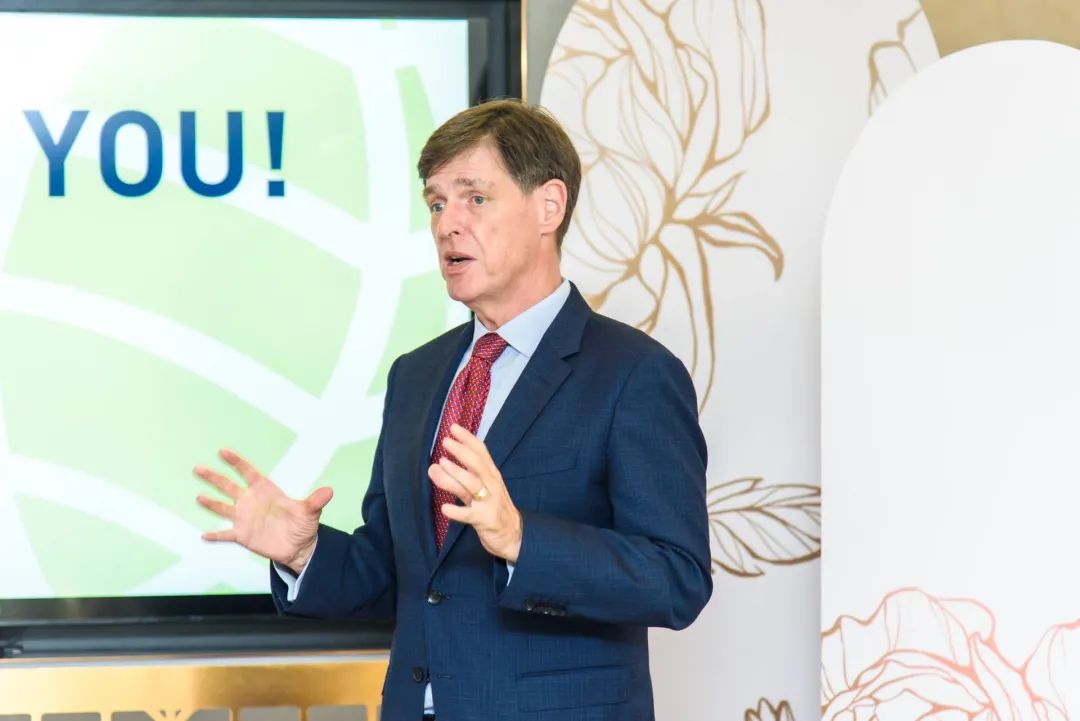 “Usually we will apply both methods at the same time,” rommed said, because these sweetener ingredients often produce “aftertaste” after they are imported. In order to solve this problem, fenmeiyi will use some tools to modify the taste, such as the company’s tastegem ® Products.

According to the official website of Finnish Meiyi China, tastegem ® Its leading market flavour series is collocation of various ingredients for flavoring, concealing odor and creating mouthfeel. In addition, the company owns tasteprint ® And other sweeteners and flavor seasoning technology integration solutions.

What is interesting is that when asked about the “star element” of erythritol in the sweetener industry, the fragrance giant pointed out to the snack generation that, in fact, this ingredient can not “stand alone” at this stage.

“In consideration of consumers’ food safety, China has stipulated the use amount of erythritol, so only using erythritol is not enough to achieve the effect of total sugar reduction. Therefore, products on the market often use it together with other sugar substitutes. Then, it will also happen that the sweetness fullness we said before is not enough, or there is afterbitter and astringent taste At this time, we need relevant technologies to make up for these deficiencies, “the person in charge of fenmeiyi China R & D told xiaoshidai.

440000 tons of sugar have been reduced this year

So, is there a “perfect” sugar alternative now? The fragrance magnate said: “we still need to work hard.

As like as two peas, we will organize some group discussions on consumer sensory evaluation when we do market research. For example, we will compare the two schemes of sugar and sugar, hoping that the sweetness of the sugar solution, including the initial sweetness and the release of flavour, will be as close as possible to the curve of the whole sugar scheme. The person in charge of R & D of fenmeiyi China told xiaoshidai.

Lomed told the snack generation that fenmeiyi has been trying to develop more sugar reduction schemes with “lower cost, better effect and more natural”. For example, the company has set up one of its six global R & D centers in Shanghai, which is equipped with more than 30 researchers with doctoral degrees.

“Our R & D center in Shanghai will also organize consumers’ sensory evaluation, because we can’t rely on our own tongue to make subjective judgment, but also collect consumers’ feedback, so that we can more objectively evaluate the customized programs we give customers.” he said that consumers in different cities, ages and occupations may have different feedback, “We need to consider who is the main target customer group of customers, and predict whether a product will be successful on the market based on a more objective and scientific evaluation system.” 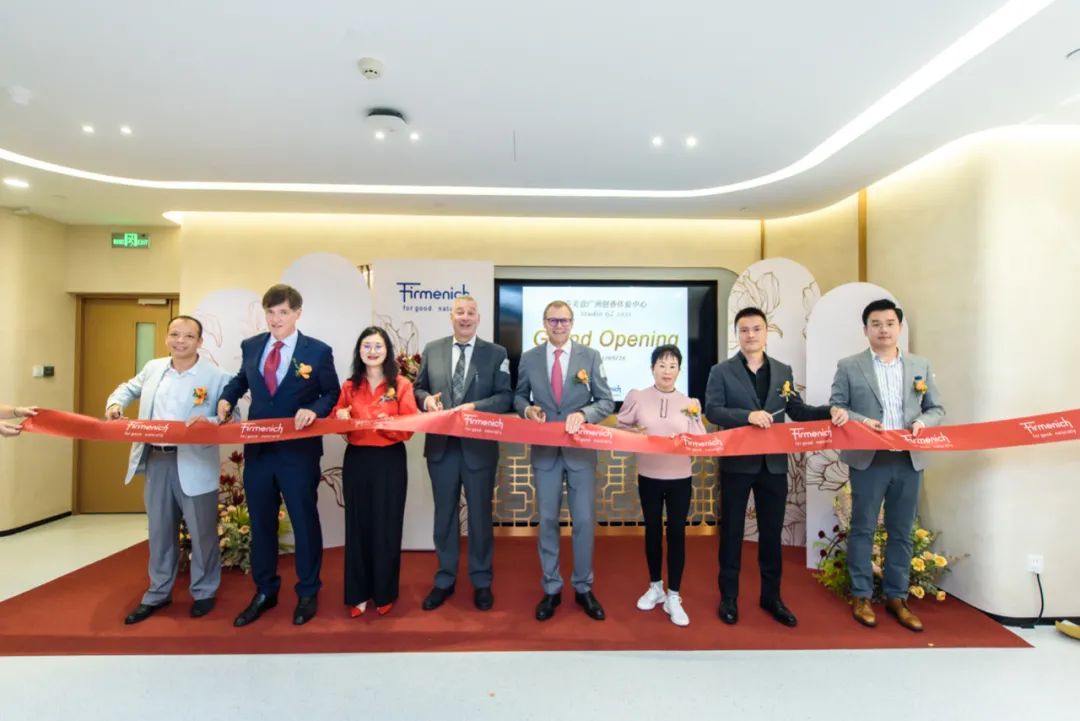 The company pointed out in a circular that this is the first integrated sensory experience center opened by fenmeiyi in South China. “Fenmeiyi will be able to quickly and flexibly respond to the needs of local customers and consumers for customized fragrance and flavor solutions integrated with health awareness in this rapidly growing market.”

“Guangzhou Chuang Xiang experience center is an important step for our development in China, so that we can work closely with our local customers,” said Emmanuel Butstraen, global president of the fragrance and flavor department. The company will focus on providing innovative products for the health food industry, including “real and delicious” sugar reducing, salt reducing and plant based food solutions.

If reducing sugar is not easy, reducing salt is more challenging – it’s not just the difference in consumer attention. 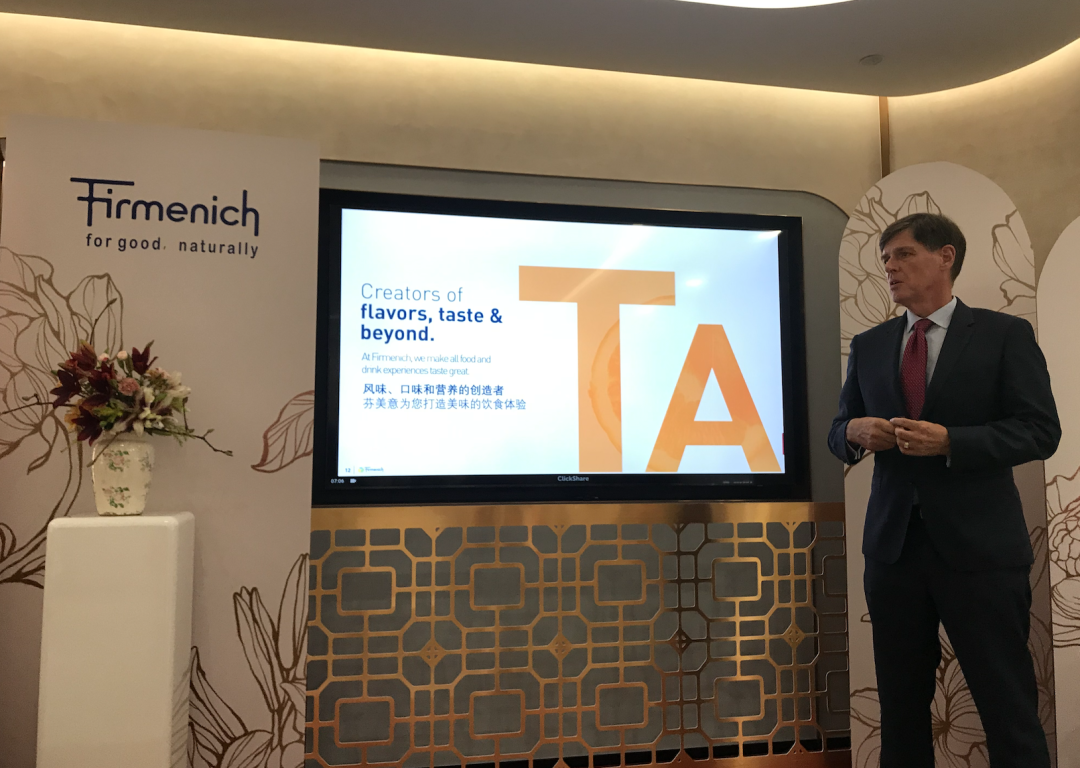 The snack generation learned that according to the retail commodity prices in supermarkets, the cost gap between the two can be roughly reflected: a kilogram of salt costs about 2 yuan, while a kilogram of sugar costs more than 8 yuan. At the same time, the use of sugar, especially in sweet drinks, tends to be more; while salt is used for freshness, and the use is usually relatively less.

Secondly, lomed pointed out that salt is widely used in many categories of food and beverage, “especially in relatively low-end popular products, more salt is added because it is a very effective ingredient to modify taste. In many places, people’s salt intake in their diet is high.”

Finally, he said that salt reduction will be a little more difficult than sugar reduction, partly because the impact on health may not seem so direct, and it is a relatively slow process. “In addition, we see that high salt diet is rooted in their diet culture in many countries, which is difficult to change. However, from the perspective of healthy diet, high salt and high sugar are unhealthy.”

“In contrast, I think the whole society’s attention to sugar reduction will be much higher than that of salt reduction. The development of reducing sugar will start much earlier. It has been going on for many years now and has become a more mainstream consumption trend. In public health, we all realize that high sugar intake can easily lead to obesity and diabetes,” he said. 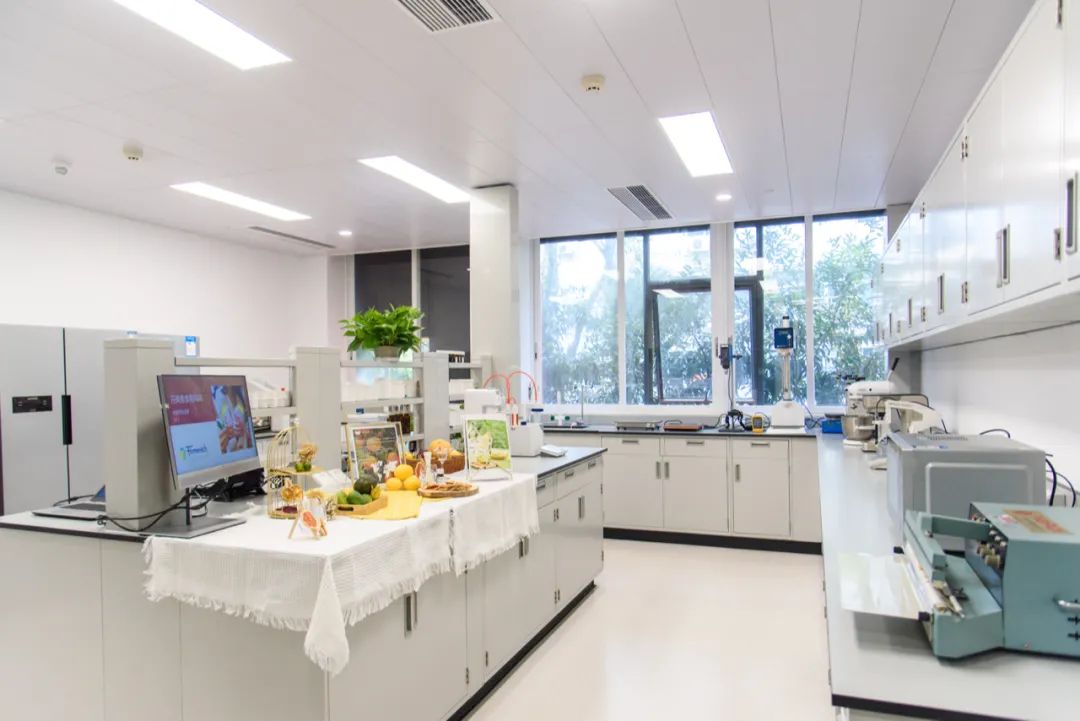 Not only is it more challenging in terms of cost and public awareness, but salt reduction is not simple in technology.

“Salt is a well-known fresh ingredient and plays an important role in the presentation of the taste of all ingredients. Therefore, if we remove the salt, we should consider how to apply the technology to make the food after reducing the salt still maintain the taste and taste loved by consumers. This is similar to the case of removing sugar I mentioned earlier. This is removed After a major refreshing ingredient, your whole taste combination will change greatly and the balance will be broken, “rommed said.

However, in his opinion, although the development of salt reduction “started late” than sugar reduction, from the perspective of the future, salt reduction products have great development potential, “we also have a considerable number of customers who are very interested in it.”

After the acquisition of Campus in 2018, the flavor and fragrance company’s business scope also extended to the vegetable meat industry.

Statistics show that campus was established in Parma, the center of “food Valley” in Italy in 2005. It is an innovative company to explore the application of natural functional raw materials in the field of protein application, focusing on clean labels, meat, dairy products, seasonings and plant foods. After the acquisition of campus, fenmeiyi provided dynanome ® Sr and other technologies are said to be able to simulate “real meat taste”.

When asked about the development of the business, rommed told xiaoshidai that in his opinion, plant-based diet is still in a very early stage of development in the Chinese market.

“Although China has a long history of eating bean products, including soybean milk, soybean milk and tofu, this does not mean that consumers will automatically expand their interest to other plant-based foods and beverages (such as chickpea) or plant meat,” he said. 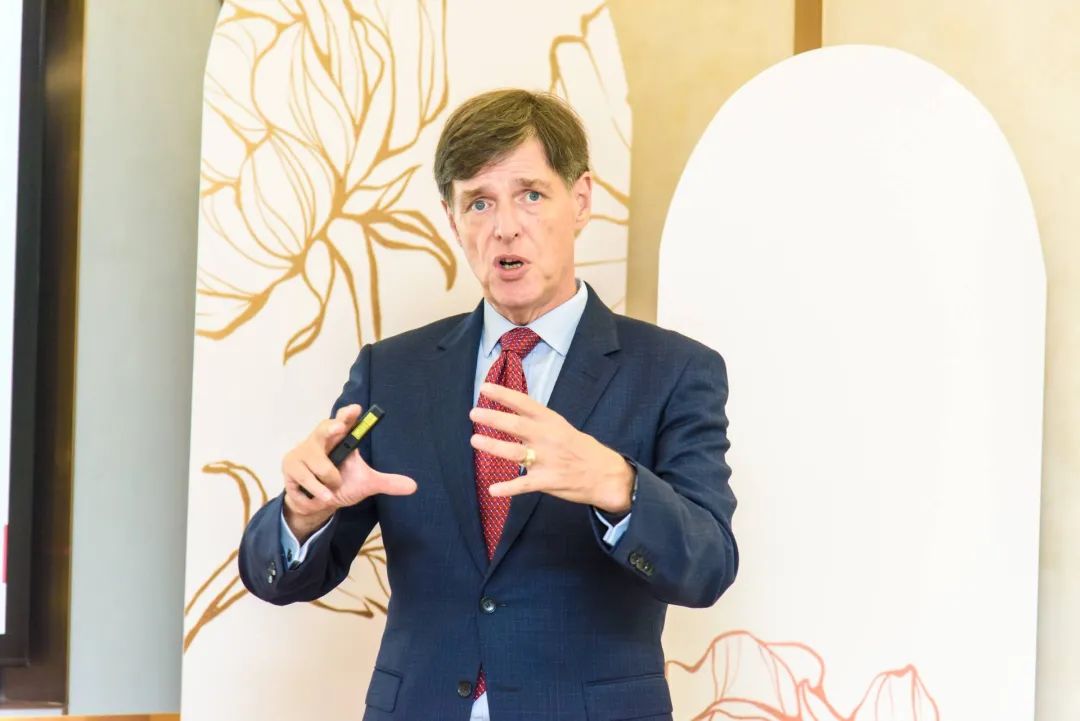 He said that as far as vegetable meat is concerned, the development of this category in China is also in a very early stage, but it does have great potential in the future. “Because I have seen some start-ups developing plant-based meat and seafood. They claim that on the basis of similar and good taste, it is a healthier product and (in the future) has more cost advantages. I think this is promising.”

“In the United States, we have seen the emergence of many flexible vegetarians. They not only eat the original meat products, but also choose to eat some plant meat to increase the vegetarian diet, and pursue what they think is a healthier lifestyle.” he said that this may also be the direction of the development of the Chinese market.

Pay attention to “snack generation” (wechat: foodinc) “and reply to” fenmeiyi “to see the wonderful news.