Today, Ruixing coffee announced that it would implement equity dilution anti takeover measures to deal with the previous malicious takeover of the company and ensure its development in the future. According to the announcement, Ruixing coffee has adopted a shareholders’ equity plan to protect the interests of the company’s shareholders. If the equity plan is triggered, it will greatly dilute the ownership of any acquirer. However, the board of directors may, in its sole and absolute discretion, decide that a shareholder or potential shareholder is not bound by the equity plan before the shareholder or potential shareholder becomes the acquirer.

Previously, it was reported that the investment company under the control of Wumart founder Zhang Wenzhong was contacting Lu Zhengyao creditor enterprises such as CICC, Barclays and Morgan Stanley to “terminate the liquidation procedure” and put forward the request to acquire the equity of Ruixing coffee under the liquidation procedure, but the action was denied by Wumart. In addition, a Hong Kong enterprise named China Guangshi International Investment Co., Ltd. is also contacting the above creditors in the name of Lu Zhengyao’s “related party” to fully acquire the equity of Ruixing coffee. (Beijing News)

Xiaohongshu plans to acquire 10% equity of this delicious food

According to the official website of the State Administration of market supervision, xiaohongshu Technology Co., Ltd. (“xiaohongshu”) plans to acquire 10% equity of Changsha benweixianwu Brand Management Co., Ltd. (“benweixianwu”) through capital increase. Changsha fresh food management and its affiliated enterprises are mainly engaged in the production and sales of pork products in China. (snack generation)

Yum China: the board of directors will be convened to consider declaring and paying quarterly dividends

On October 15, the SEG international store in Xi’an Xiaozhai of Lele tea will be closed, which also means that the last Lele tea in Xi’an will be closed. In Beijing, the official account of Lele tea shows that there are 11 Direct stores, but today public comment shows that only 6 Lele tea shops in Beijing are open. In other regions, only one lingzhan Shopping Center store is left in Guangzhou. (Beijing business daily)

“Purchasing agent” is expected to recover, and A2 milk’s share price soared by more than 8%

Aohua Finance Online reported yesterday that due to the expected recovery of purchasing agency, the share price of A2 milk, a dairy company, rose sharply on Thursday morning, with a transaction price of a $7.11 per share at 11:32, an increase of 8.06%. Earlier this month, the Australian government announced its approval of koshing vaccine. This policy means that with the entry of Chinese into Australia, A2 milk’s purchasing sales may rise. (Aohua Finance Online)

Recently, according to the data released by Japanese chain restaurant saizeriya, the net profit of fiscal year 2022 as of August next year is expected to increase fourfold to 8.6 billion yen. With the growth of Asian business represented by China, the Japanese business will also achieve departmental profitability. Salia expects that the revenue in fiscal year 2022 will increase by 19% to 150 billion yen, and the operating profit will reach 7 billion yen (a loss of 2.2 billion yen in the previous fiscal year). Overseas business plays a driving role. The company’s president, ichicheng horino, said: “especially in Shanghai, China, the performance is excellent, and Guangzhou has also contributed. These two regions account for more than half of the profits of Asian business”. (Sina Finance)

Yesterday, Haixin food released a performance forecast. It is estimated that the net loss attributable to the shareholders of listed Haixin food in the first three quarters of 2021 will be 28 million yuan to 35 million yuan, a year-on-year decrease of 142.44% to 153.05%, from profit to loss; The loss of basic earnings per share ranged from 0.0582 yuan to 0.0728 yuan. (company announcement)

Yesterday, manor ranch released a performance forecast. It is estimated that the net profit attributable to the shareholders of the listed company in the first three quarters of 2021 will be 29 million yuan to 35 million yuan, a year-on-year increase of 366.03% to 462.45%; The basic earnings per share ranged from 0.12 yuan to 0.15 yuan. (company announcement)

Yesterday, Keming food released a performance forecast. It is estimated that the net profit attributable to the shareholders of the listed company in the first three quarters of 2021 will be 73.1206 million yuan ~ 88.1206 million yuan, a year-on-year decrease of 69.47% ~ 74.66%; The basic earnings per share ranged from 0.221 yuan to 0.267 yuan. (company announcement)

Yesterday, Jiajia food released a performance forecast. It is estimated that the net profit attributable to the shareholders of the listed company in the first three quarters of 2021 will be 1.5 million yuan ~ 2.2 million yuan, a year-on-year decrease of 98.42% ~ 98.92%; The basic earnings per share ranged from 0.0013 yuan to 0.0019 yuan. (company announcement)

Yesterday, muyuan issued a performance forecast. It is estimated that the net profit attributable to the parent company in the first three quarters of 2021 will be RMB 8.5 billion ~ 9 billion, a year-on-year decrease of 57.12% ~ 59.50%. Among them, the loss in the third quarter is expected to be 500 million yuan to 1 billion yuan. (company announcement)

Yesterday, Panda Dairy released a performance forecast. It is estimated that the net profit attributable to shareholders of Listed Companies in the first three quarters of 2021 will be 57 million yuan to 63 million yuan, a year-on-year increase of 49.4% ~ 65.13%. (company announcement)

According to 36 krypton today, the light truck sparkling wine brand “greater than or equal to 9” has completed tens of millions of yuan of angel round financing. The founder said that if it is greater than or equal to 9, it will maintain the promotion speed of 1-2 products online every quarter. The company’s own R & D center is located in Yizhuang, Beijing. At present, more than 30 samples are being tested. (36 krypton)

According to the news from 36 krypton today, the new Chinese prefabricated food brand “Zhenwei xiaomeiyuan” has recently completed a round B financing of tens of millions of yuan. This round is led by XingTuo capital, followed by Qingke asset management, Guosheng capital and zero one venture capital. 42 capital under 42 Zhangjing serves as the exclusive financial adviser. This round of financing will be mainly used for product R & D, brand upgrading and marketing. (36 krypton)

Yesterday, momenten, a brand of Shanghai Yuliang liquor industry, completed the pre-A round of financing at 10:15, and the investors invested in Hupu sports and Tencent. Meanwhile, its registered capital increased from 1478300 yuan to 1630200 yuan, and Shenzhen Tencent entrepreneurship and Innovation Development Co., Ltd. became a new shareholder, with a shareholding ratio of 3%. (Financial graffiti)

Yesterday, at the theme forum on coping with climate change (carbon peak and carbon neutralization) and protecting biodiversity, Zhang Jianying, vice president of Coca Cola Greater China and Mongolia, said that Coca Cola is cutting into the protection of biodiversity from the perspective of water resources management from rivers to surrounding communities. So far, Coca Cola has more than 50 water resources management projects in China, distributed in 23 provinces. (Beijing News)

McDonald’s announced today that it will start selling beyond meat vegetable burgers in the United States next month. McDonald’s said it would also expand mcplant’s production line, including plant-based chicken, pork and eggs. (yahoo news)

Plastic packaging of fruits and vegetables is prohibited in France

According to Reuters and the times on the 14th, one or two sister groups of Britain’s largest chicken producers recently warned that “cheap food” is no longer sustainable and food price inflation may reach “double digits” due to the impact of soaring costs on the supply chain. (upstream News) 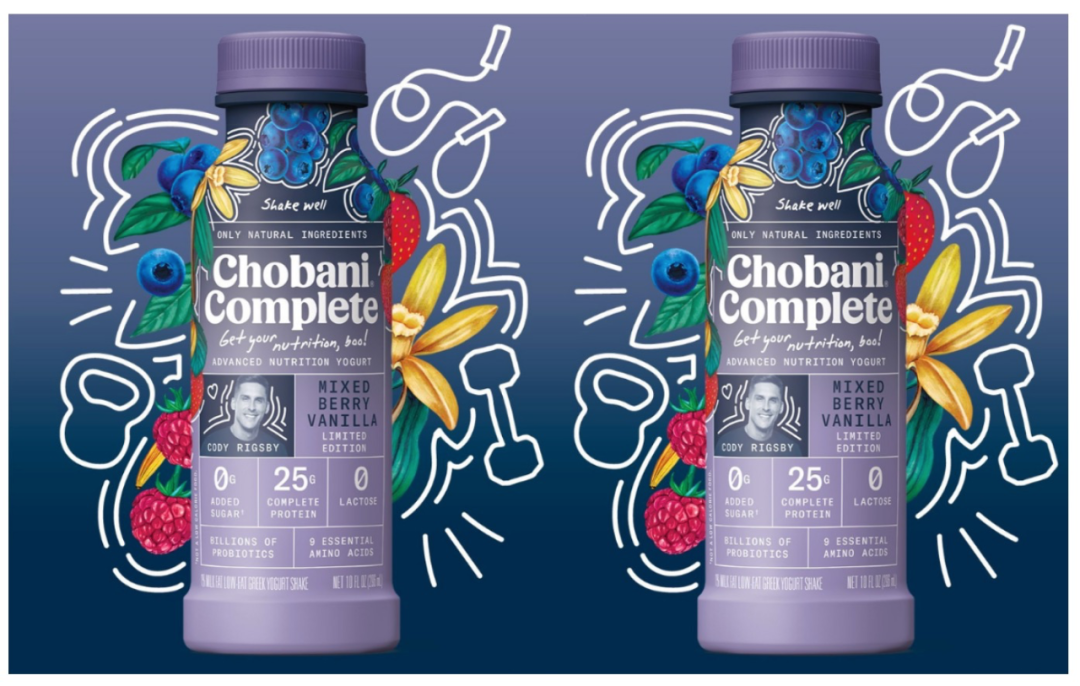 The fairness of formula test is concerned by experts

Recently, a group of 10 international experts wrote in the British medical journal that after evaluating 125 published formula trials since 2015, it found that 80% of them had “high-risk bias”. They called for “significant changes” in the management and reporting of clinical infant formula trials To protect consumers from misinformation. They questioned that these trials “lack independence or transparency” and the published results are based on “selective reports” , the formula industry is closely involved in the trials, and the results are almost always favorable. It is reported that 42% of the above 125 trials are conducted in Europe, and 28% and 18% in Asia and North America. Among them, 84% of the 117 trials that have indicated their funding sources are funded by the formula industry. (nutraingredients. Com)

Today, the merchant operation service center set up by Alibaba global express in Shenzhen was officially launched. At the meeting, express announced the territorial support plan. This year, it will establish a merchant operation service center from 0-1, focusing on cultivating high-quality cross-border merchants in hundreds of industrial belts across the country. Global Express was founded in 2010. It is China’s largest cross-border retail e-commerce platform. At present, it has opened 18 It is a multi lingual site covering more than 200 countries and regions around the world. As the core cross-border strategic city in China, Shenzhen has a large number of Chinese brands and high-quality supply chain enterprises. (Shenzhen Special Zone News)

LinkedIn China responded to the closure of services: not closure, strategic adjustment

Earlier, it was reported that Microsoft would close the LinkedIn China service. In this regard, LinkedIn China responded today: we have decided to adjust our current strategy and release a series of new products and services this year. We will focus on providing the value of “connecting career opportunities” and no longer cover the publishing and interactive functions of user original content. (Fortune Chinese website)