After entering China for more than two years and selling more than 100 million cups of coffee, the Nestle Starbucks global coffee Alliance (hereinafter referred to as the global coffee alliance) is vigorously betting on the trend of high-quality products. This time, they recently entered the territory of “three and a half”.

Recently, the above-mentioned global coffee Alliance announced the launch of “Starbucks with star cup super high-quality instant coffee” series (hereinafter referred to as with star cup), with three flavors including mild, medium and deep baking. This month, the new products have been listed in tmall and JD flagship stores where Starbucks enjoys coffee. 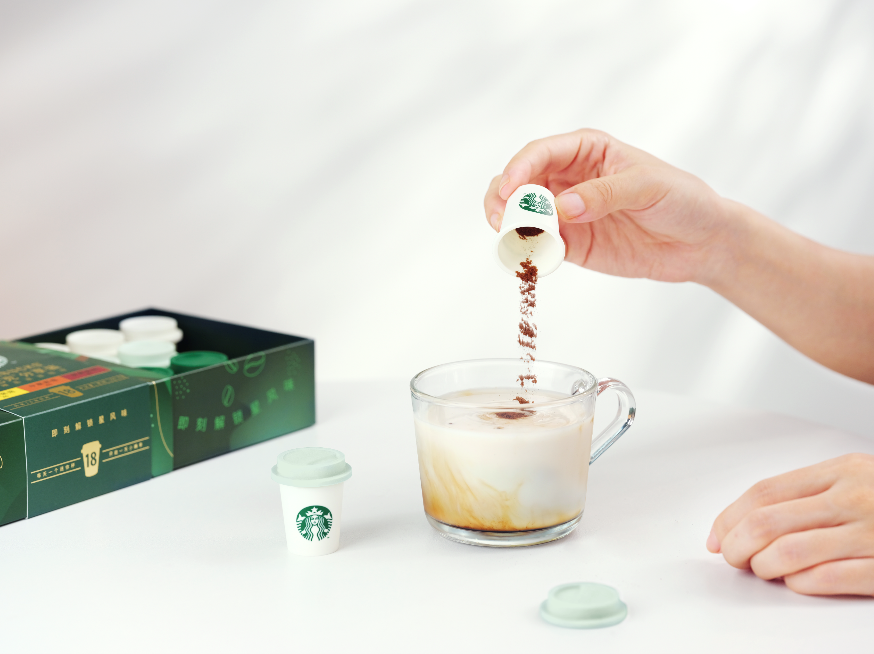 It is worth noting that this is also the first product customized for Chinese consumers launched by Nestle Starbucks “coffee CP”, which is currently sold exclusively in China. In the territory of the two coffee giants, China is the second largest market, and a new “coffee fever” is being staged.

“Nestle China instant coffee has developed for more than 20 years, but it still maintains double-digit growth. We mainly focus on how coffee plays a more important role in the big beverage world.” he Wenlong, senior vice president of Nestle’s coffee business in Greater China, said at a new product exchange meeting recently held with media / KOL including snack generation.

In addition, Nestle also talked about the two objectives of China’s coffee business, the localization innovation path, and the structural adjustment of the latest official announcement. Next, please look at the message sent back by snack generation. 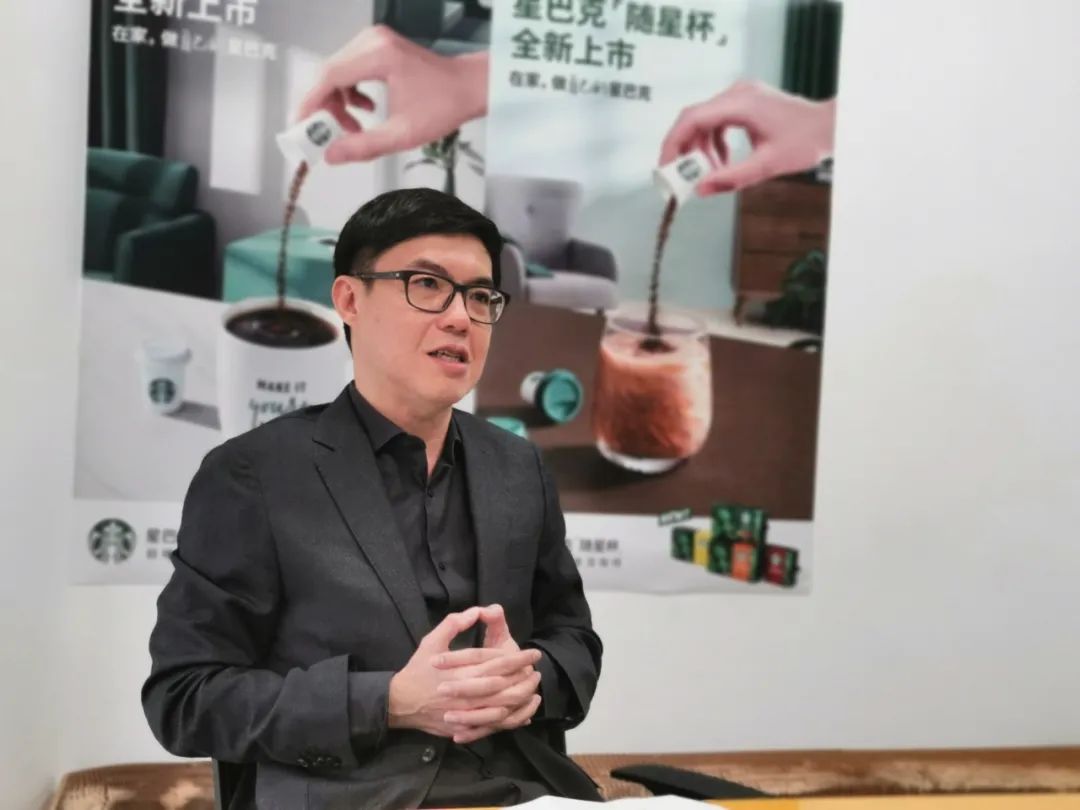 Some coffee lovers may have a strong sense of familiarity with this “Cup” Starbucks home new product.

Snack generation noticed that unlike the strip packaging commonly used by Nestle and Starbucks, the new instant product released this time adopts the mini cup design, just like the reduced Starbucks take out coffee paper cup. In addition to the overall shape, this package also moves up the details. For example, the contents with different flavors on the back imitate the taste customization options on Starbucks paper cups.

Referring to the inspiration source of this innovation, Liu Yang, deputy director of Nestle’s China high-end coffee market, explained to the snack generation that in this regard, consumers’ needs for packaging texture and expression of identity symbols are taken into account.

“Why many coffees used to be packed in strips? This is to meet the needs of consumers for portability. In addition, there will be some industrial considerations to make production more convenient. We may have many technical challenges before, so we didn’t use packaging other than strips,” she said.

Liu Yang said: “later, we also observed that for consumers, they increasingly feel that coffee is a symbol of lifestyle, and strip instant does not match their needs for quality and social image. Therefore, from the perspective of consumers, it is our original intention to make products more social, make consumers more satisfied and willing to share.” 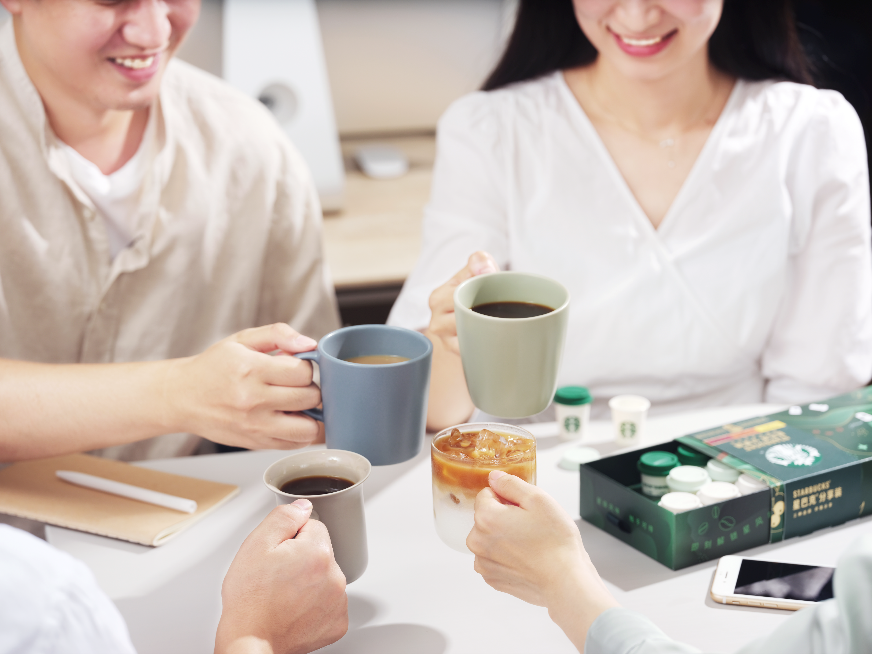 On the other hand, based on the strong brand effect of Starbucks, Nestle also hopes to take advantage of its responsible retail products, and finally chose the carrier of coffee cup. “Many star street photographers will hold Starbucks paper cups, which is a symbol of Starbucks. We have been thinking about how to bring the feeling of Starbucks cafe to this Mini Cup,” Liu Yang said.

Just as Starbucks is positioned in the coffee chain, the new products listed this time also take the high-end route. According to the tmall page viewed by snack generation yesterday, the price of 18 single boxes with star cups is 176 yuan. Converted, each cup of coffee is about 10 yuan.

Liu Yang said that the SuiXing Cup series is mainly aimed at consumers who live and work in high-speed cities and pursue coffee quality and convenience, including young people aged 18-24 and coffee “fairies” aged 25-34. 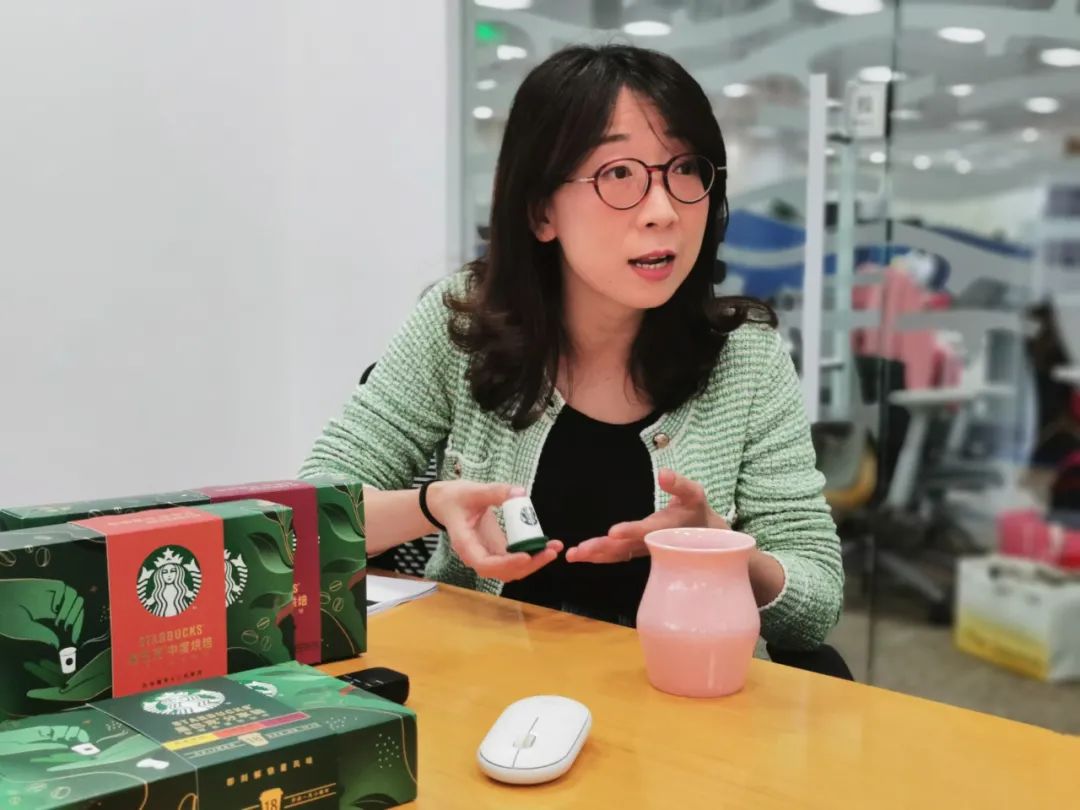 As the first Chinese customized product of the global coffee alliance, it is selected from high-quality instant with the star cup. The potential of this category has been verified in the rise of cutting-edge local brands such as Santon and yongpu.

The snack generation introduced that through the global coffee alliance, Nestle has the permanent right to sell Starbucks retail and catering products (except ready to drink products) outside Starbucks coffee shops all over the world. In August 2019, the alliance officially landed in mainland China and launched Starbucks home coffee series products. “For contemporary fast-paced life, there is a great demand for simple and light enjoyment series,” she said. According to Nielsen’s e-commerce data as of March 2021, in the e-commerce channel, high-quality instant coffee led the growth of pure black coffee with a growth rate of more than 300%.

In order to make the new products meet the preferences of more local consumers, Liu Yang introduced that Nestle and Starbucks have described the map of Chinese consumers’ taste preferences through two large-scale taste tests of Chinese consumers (more than 300 people) and Research on the high-quality instant coffee market. In addition, 12 coffee evaluation experts were invited to taste 99 samples for 16 times to determine the coffee flavor. 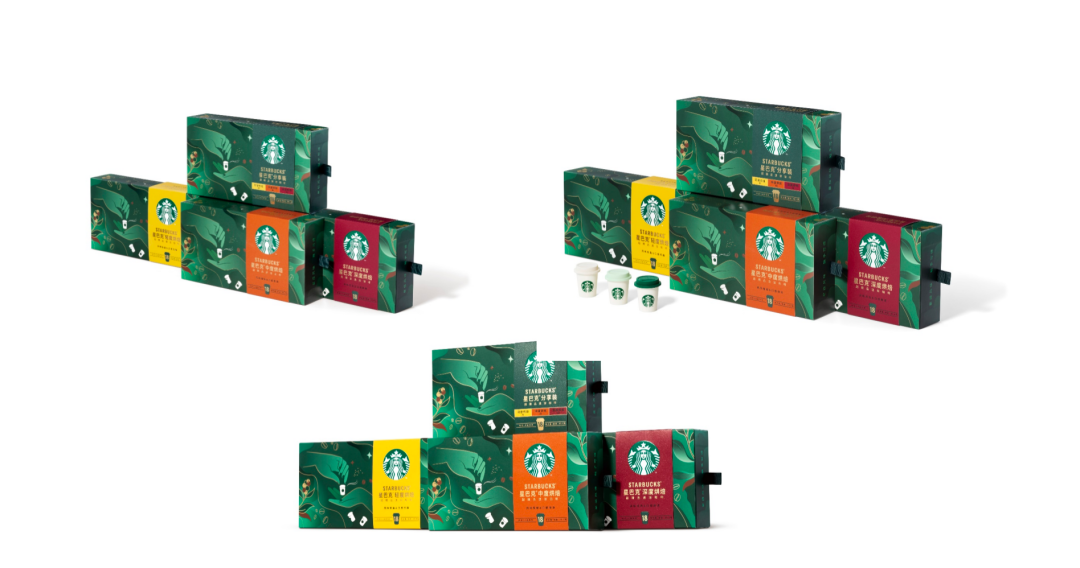 In addition to products, Nestle Starbucks’ localized innovation cooperation has further extended to the level of sustainable development. Previously, Nestle promised to achieve 100% packaging recyclable or reusable by 2025.

According to Nestle, 100% recyclable materials are used in the packaging of the series of new products. With the launch of new products, the “star return to benefit” recycling project for the star cup will also be started simultaneously.

Under this project, special recycling bags made of recycled materials can be obtained by purchasing the star cup. Consumers can make an appointment for express delivery in the Starbucks home coffee “return to star benefit” applet for free door-to-door collection, or send the used star cup to the designated Starbucks store. The above recycling projects will open online reservations throughout the country and synchronously settle in 25 Starbucks stores in five cities. Points can be accumulated for each collection action to extract gifts. 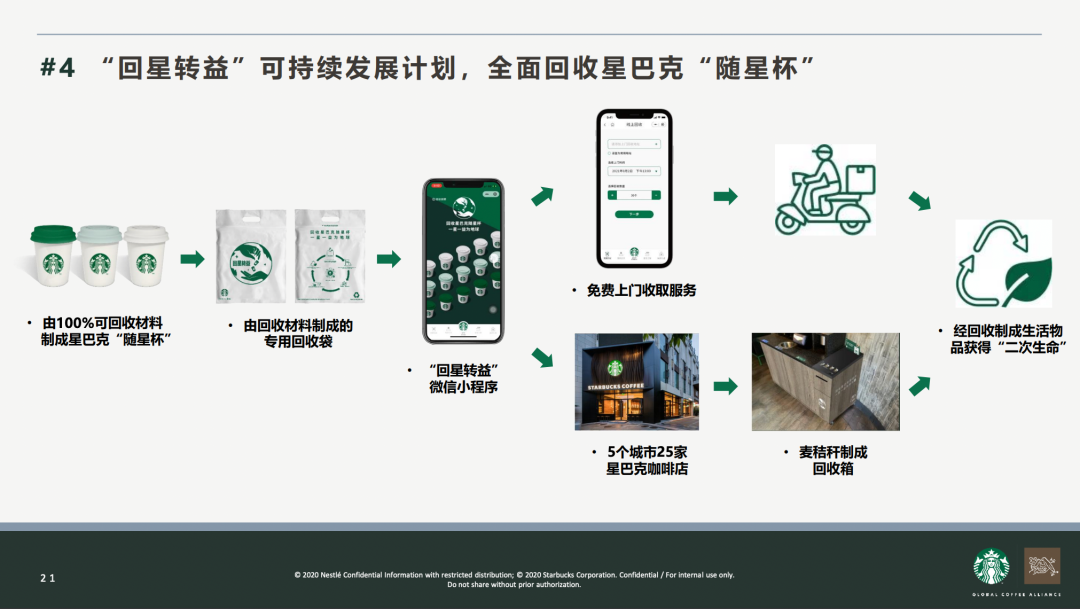 More than 100 million cups have been sold

In the Chinese market, Nestle Starbucks has unlocked the small goal of “100 million”. 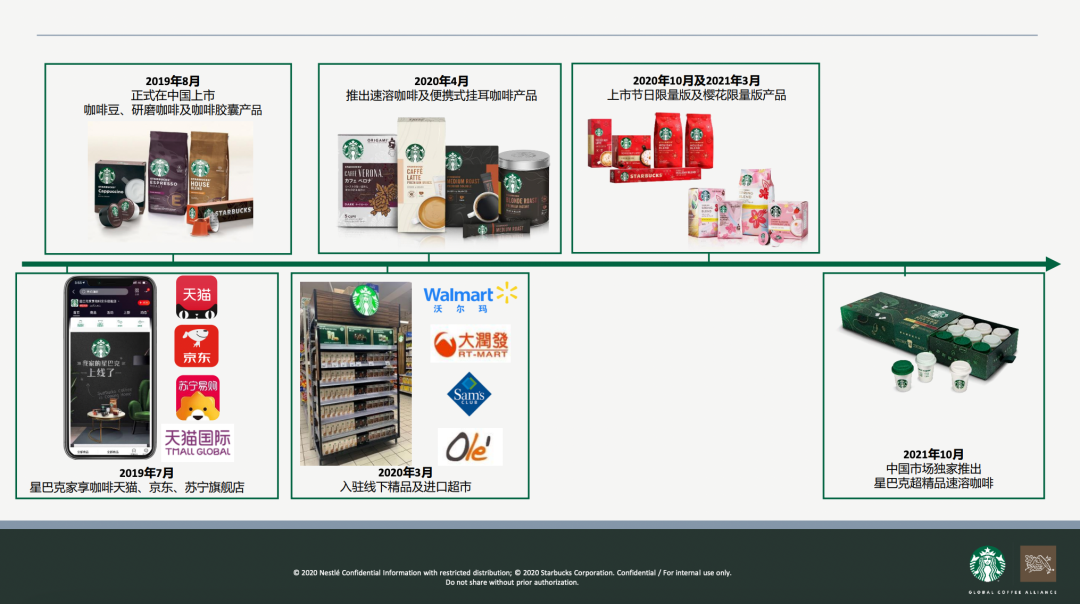 Nestle reported that in the first half of 2021, Starbucks home coffee products increased by 16.7%, and its sales in 79 markets reached 1.4 billion Swiss francs (about 9.789 billion yuan). “The global coffee alliance has performed particularly well in China. Since its listing, it has successively launched capsule coffee, roasted coffee beans, ground coffee powder, high-quality instant coffee, ear hanging coffee, etc., and led the growth in many categories.”.

So, when Nestle coffee and Starbucks brands have instant and other similar products, how does Nestle, as the back trader, look at the competition?

In this regard, Liu Yang said to the snack generation, “all our category combinations complement each other and there will be no vicious competition. Of course, there may be some benign competition between each brand, which ultimately depends on consumers. We will always meet the needs of consumers and enrich their choices.” 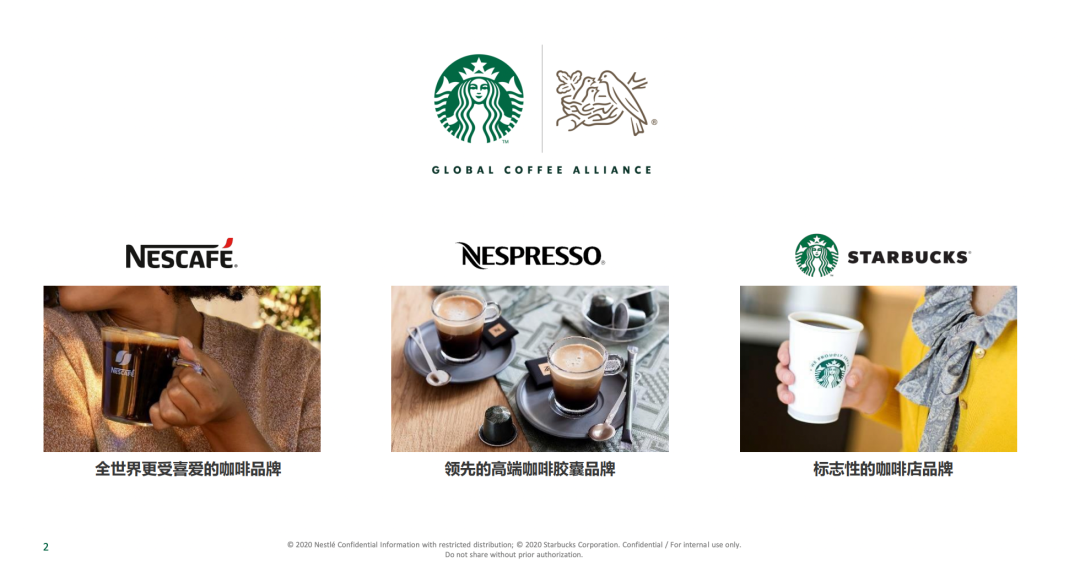 It further pointed out that the positioning, price and product form of Nestle coffee and Starbucks are different.

Among them, the price of Nestle coffee is more people-friendly, and its products are mainly instant and other entry-level coffee. The concept is that “everyone deserves a cup of good coffee every day”. Starbucks has a relatively high price. In addition to instant, the brand also has coffee beans and coffee powder, which are in line with the coffee house gene. Its positioning is to provide a higher quality coffee experience.

“On the whole, Nestle coffee is aimed at penetration, youth and accessibility. Its goal is to make the first cup of coffee in more and more people’s lives. Starbucks home enjoyment is more aimed at consumers who already love the brand and help them recreate the experience of Starbucks cafe at more times,” Liu Yang said. Looking forward to the future, he Wenlong said in the exchange that the two most fundamental goals of Nestle China coffee are still to help cultivate coffee culture and improve coffee penetration.

In addition to the protagonist of this article, instant is also regarded by him as a powerful weapon to improve penetration. He once said that in the past, Nestle China only relied on instant coffee to start consumers’ “first cup of coffee”. Now, ready to drink coffee has also become an important magic weapon to drive consumers into the coffee market. “For the whole Beverage world, (ready to drink) coffee is only a small sector. For example, compared with soft drinks such as cola, the penetration rate of coffee is almost one-third of theirs, so there is a lot of room for growth.” he Wenlong said, “we will continue to work hard and innovate to bring more diversified products and experiences to our consumers.”