After the sales volume “reached the highest level in history” last year, Taile, a local condiment company backed by Nestle, has a stronger momentum this year.

“Now that we have entered the last quarter, we expect that 2021 will be the fastest growing year of Taitaile in the past five years (i.e. 2017 to 2021).” Zhang Xiqiang, President of Taitaile, disclosed to xiaoshidai today that the company maintains the goal of achieving annual sales of 10 billion by 2023, and its earlier goal of “achieving double 10 billion by 2030”, It is expected to be reached in advance in 2028. 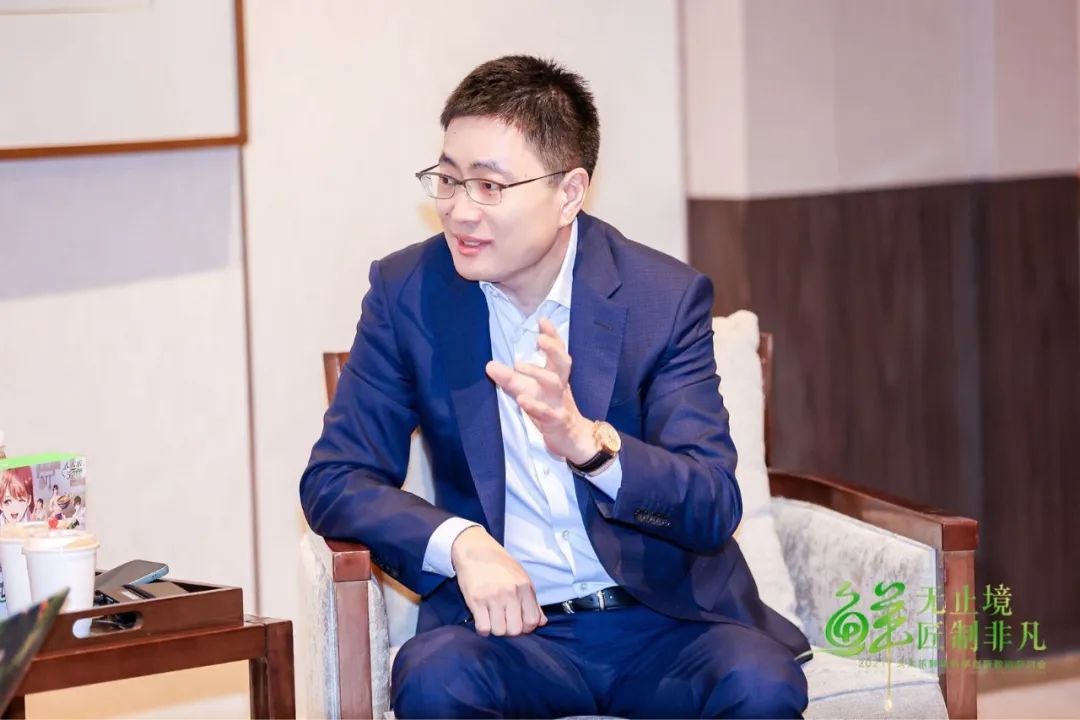 Behind this growth rate is the continuous product diversification strategy of the company famous for chicken essence in recent years. 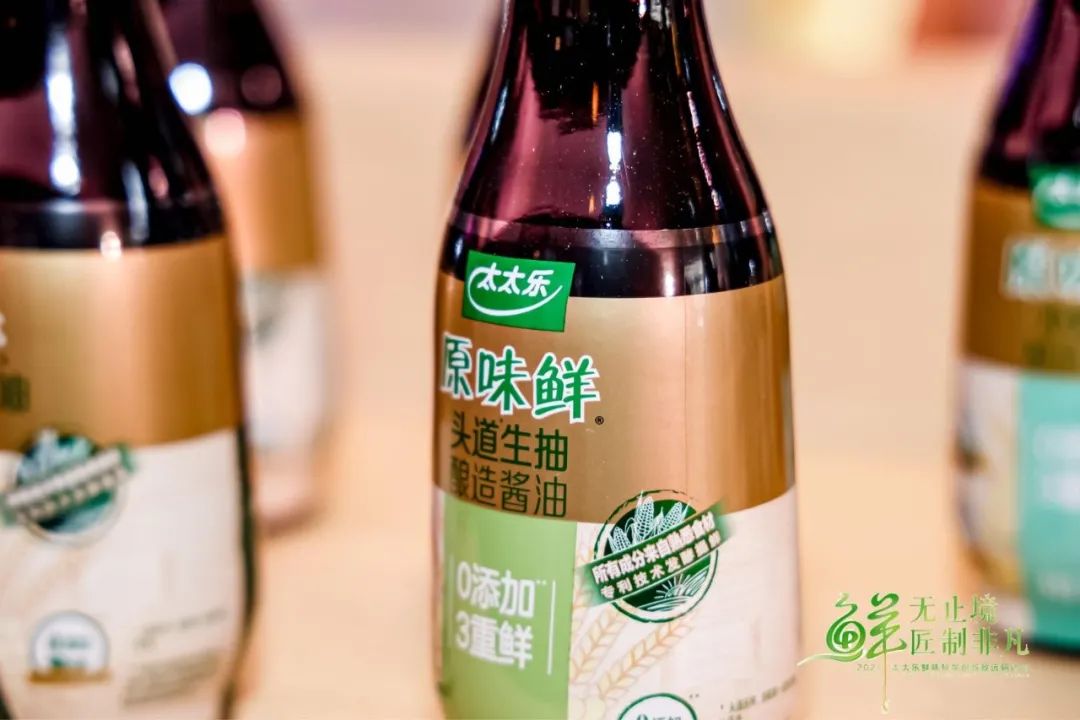 When communicating with the snack generation at the press conference, Zhang Xiqiang further talked about Taile’s product innovation ideas and the realization path of “double 10 billion” sales in the future. Let’s get to know each other.

In the process of constantly expanding its product portfolio, the idea of this condiment company has always been very clear: make an article around “freshness”.

“With fresh flavor as the core, Taitaile wants to become a diversified condiment company. Therefore, in addition to the chicken essence used for fresh, we have gradually launched more and more categories, including compound condiments’ recipe condiments’, oyster sauce, etc.” Zhang Xiqiang said to the snack generation. 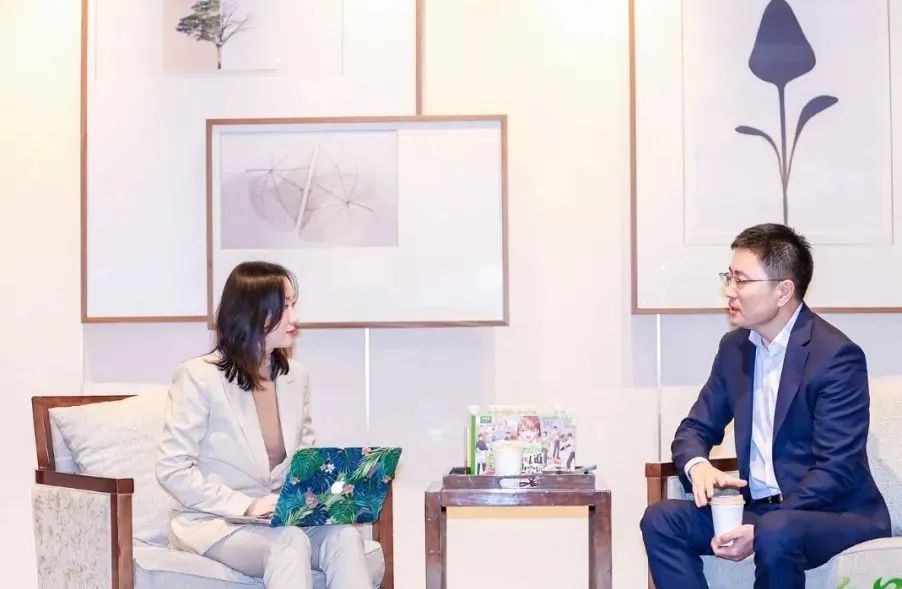 It can be seen that, on the one hand, in addition to chicken essence, the condiments under Taile are becoming increasingly rich. 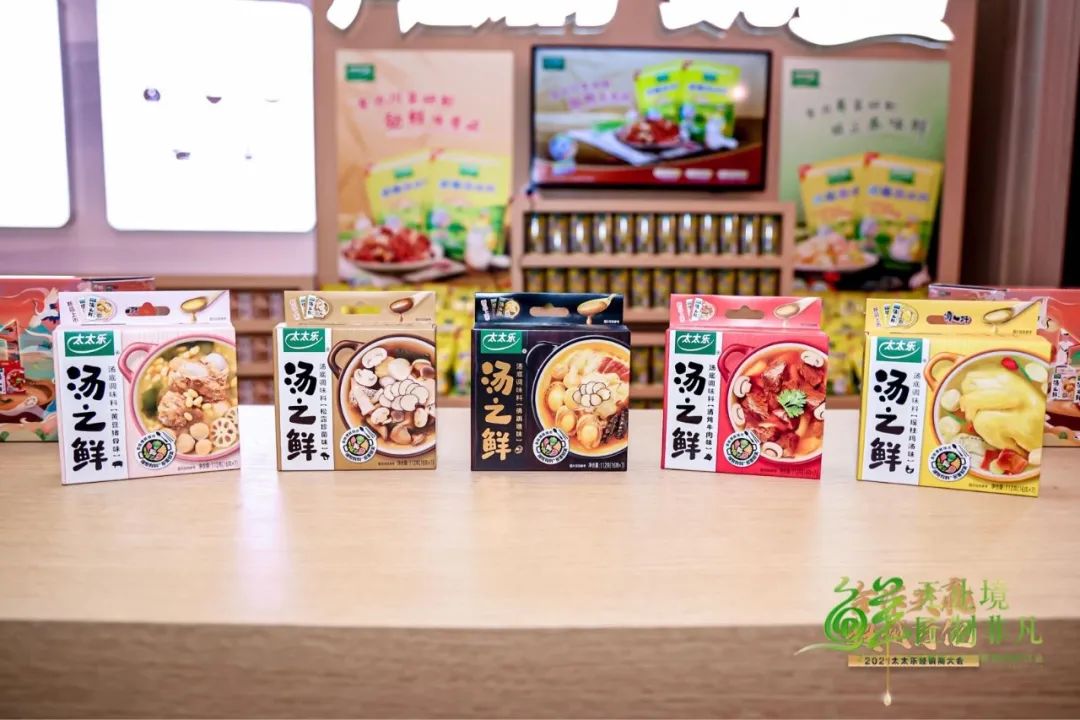 On the other hand, Taile’s new categories in recent years are also continuing to “innovate”.

The snack generation introduced that in April last year, Taile’s “recipe seasoning” was officially launched. The series focuses on “a bag of seasoning can make a dish” for consumer groups such as “office workers” and “kitchen Xiaobai”. At today’s press conference, this series launched three new flavors of common Chinese dishes: large plate chicken, fat beef in sour soup and spicy pot. 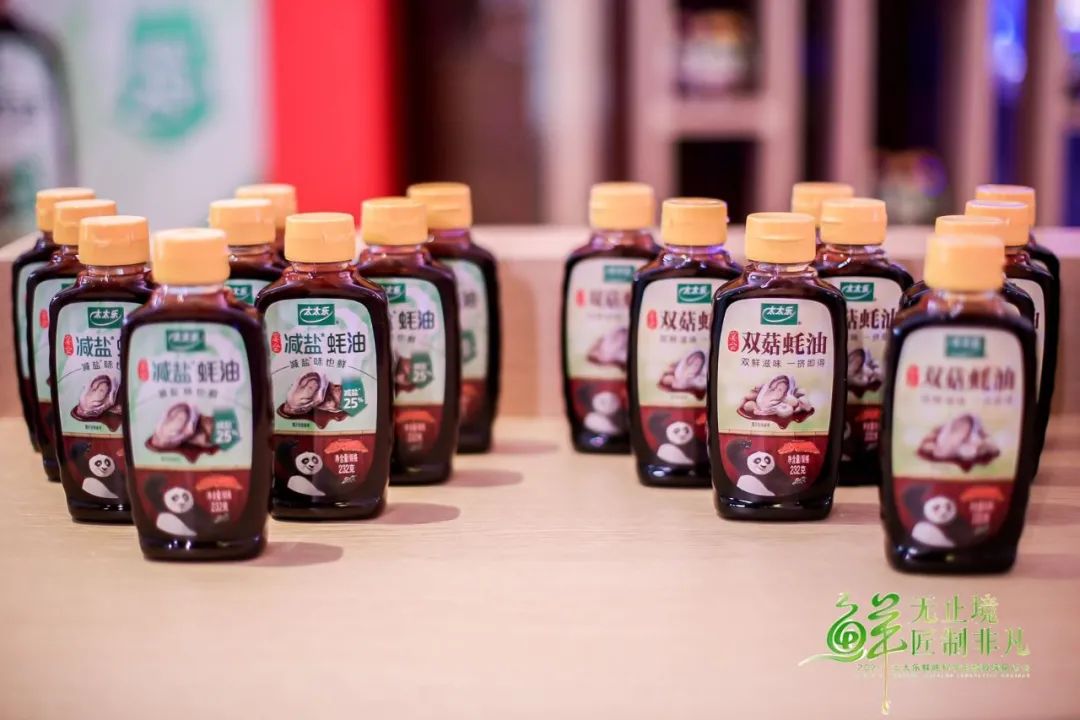 Zhang Xiqiang said to xiaoshidai today that if you draw a circle with “fresh” as the dot, Taile’s current category layout is only about half completed.

“In the future, we will introduce more compound condiments and enter some traditional sub categories of industries, such as cooking wine and vinegar. These categories have not yet formed a real national leading brand,” he said.

Accelerate the transformation to a diversified condiment company focusing on “fresh flavor”, and Taile also has greater growth ambition.

“Yesterday (at an internal meeting), I proposed a development strategy of ‘two wheel drive’. The so-called two wheel drive is to expand and strengthen the solid condiments represented by chicken essence on the one hand, and accelerate the growth of liquid condiments represented by soy sauce, oyster sauce, chicken juice, recipe seasoning and sesame oil on the other hand.” Zhang Xiqiang told snack generation.

He expects that in the future, solid condiments and liquid condiments will occupy “half” of Taile’s revenue respectively.

It is revealed that at present, 80% of the company’s revenue comes from solid seasoning based on chicken essence. “Although the proportion of liquid condiments is very small now, they have greater growth potential in the future. Soy sauce, oyster sauce and other categories are of great scale. That’s why I think the target of 20 billion (reaching annual sales by 2030) is a little less,” Zhang Xiqiang said. 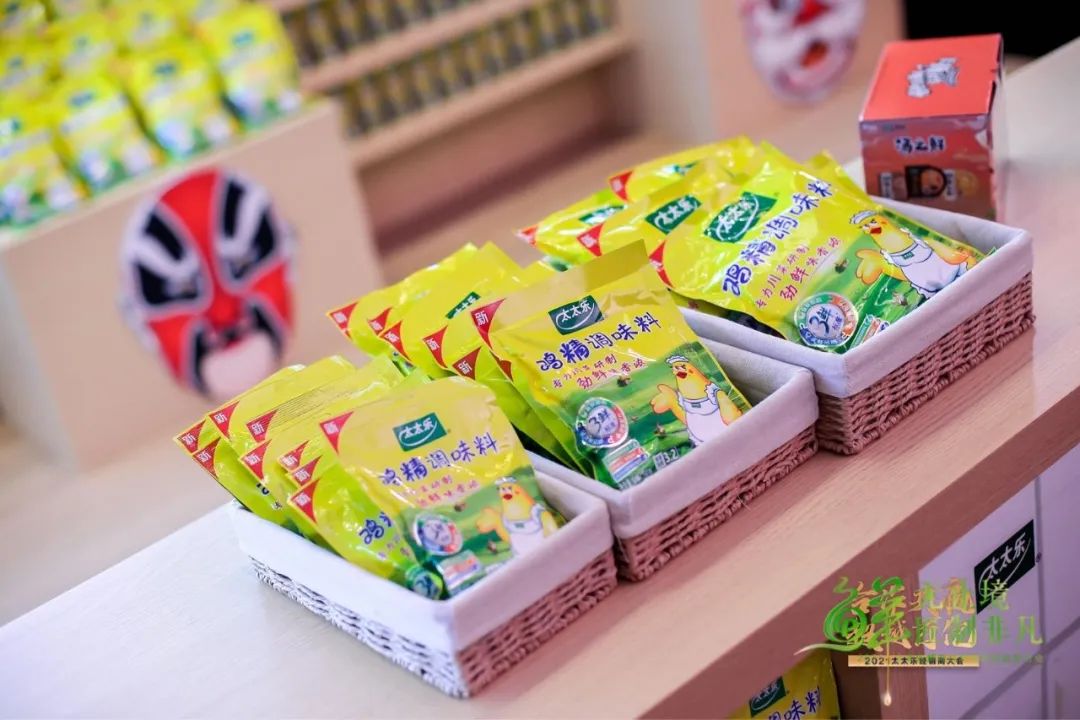 “Now, relying on endogenous growth, we can achieve 20 billion in advance in 2028. In the future, with the change of my work, I may seek broader market cooperation in the condiment business, including external mergers and acquisitions.” he said, “for the condiment business, we will not be satisfied with the small goal of 20 billion. I hope to achieve 30 billion or more.”

He pointed out that in Taile’s “two wheel drive” strategy, each wheel has “wings”. “Whether solid or liquid condiments, we should not only do the C-end retail business, but also promote the b-end business facing catering businesses. We have a lot of space on the consumer side and the chef side.” he said that at present, the two sectors account for about half of the business respectively, “there may be more b-end business in the future”. 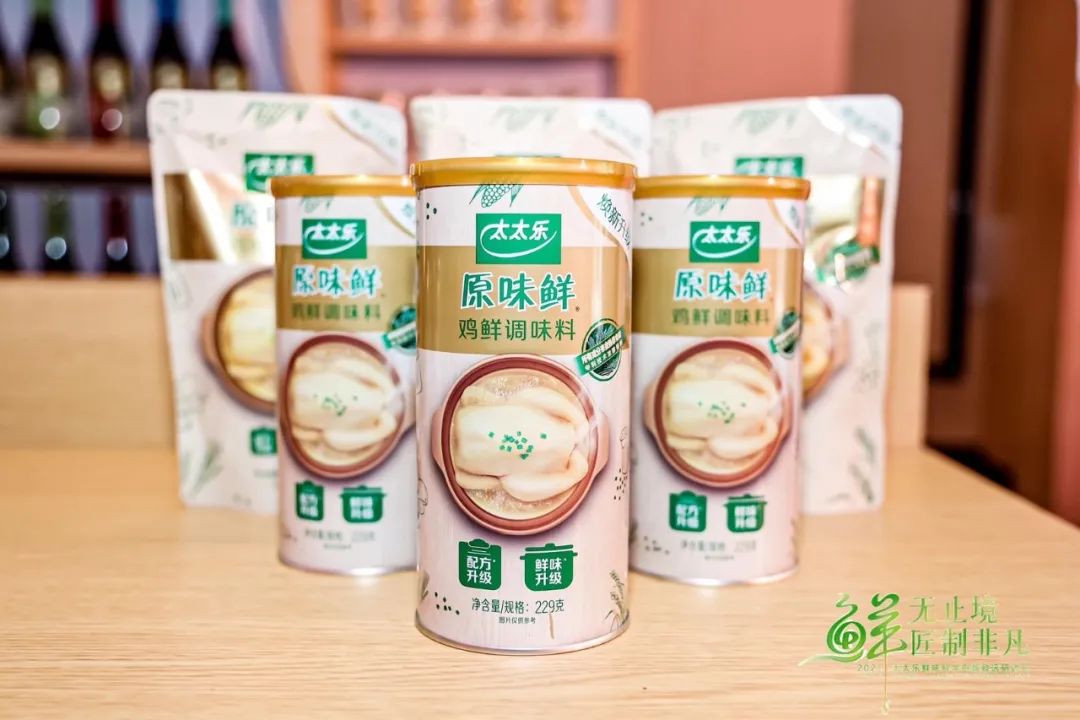 In addition, the snack generation introduced that in order to further release the growth potential, Taile also focuses on the broad low-line urban and rural markets. Previously, the company launched a project called “WanDian plan”, which plans to settle in 10000 high-end stores in vast rural areas. In order to accelerate this project, since the beginning of this year, Taile has launched the “fresh partner” plan for dealers.

When asked about the progress of the project, Zhang Xiqiang revealed to the snack generation today that at present, the number of “delicious partners” of Taile dealers has reached about 5000, and more than 200000 sales outlets have been newly entered this year.

“We expect the number of delicious partners to double to 10000 by the end of next year. Therefore, we expect to add 500000-600000 sales outlets next year, which means that our offline outlets will reach more than 2 million,” he said. 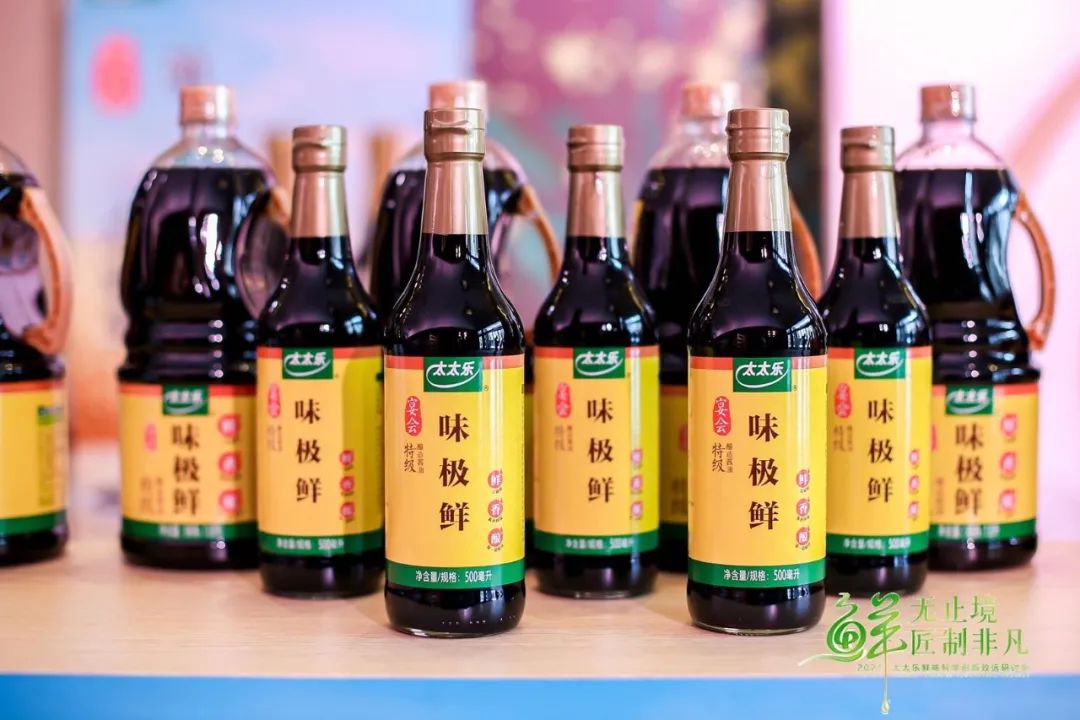 It is worth noting that he pointed out that although there are more and more products under Taile, they will not be listed in all channels. “This is equivalent to that I provided a buffet, and you can choose what combination you want to eat to meet the needs of local consumers. We didn’t say we must eat it all. Therefore, in terms of implementation, we don’t worry about losing the focus.”

The direction and task remain unchanged

The latest growth targets mentioned above are expected to be achieved under the leadership of the next president of Taitaile.

As introduced by the snack generation, Nestle, the world’s largest food and beverage company, recently announced the establishment of a new region “Greater China region (GC)”, and the new structure will take effect from January 1, 2022. Nestle pointed out that the annual sales of the region is CHF 5.7 billion (excluding Nestle’s global management business espresso and Nestle Health Science). The new structure will strengthen the company’s market-oriented management model and further enhance the company’s ability to succeed in a rapidly changing environment. 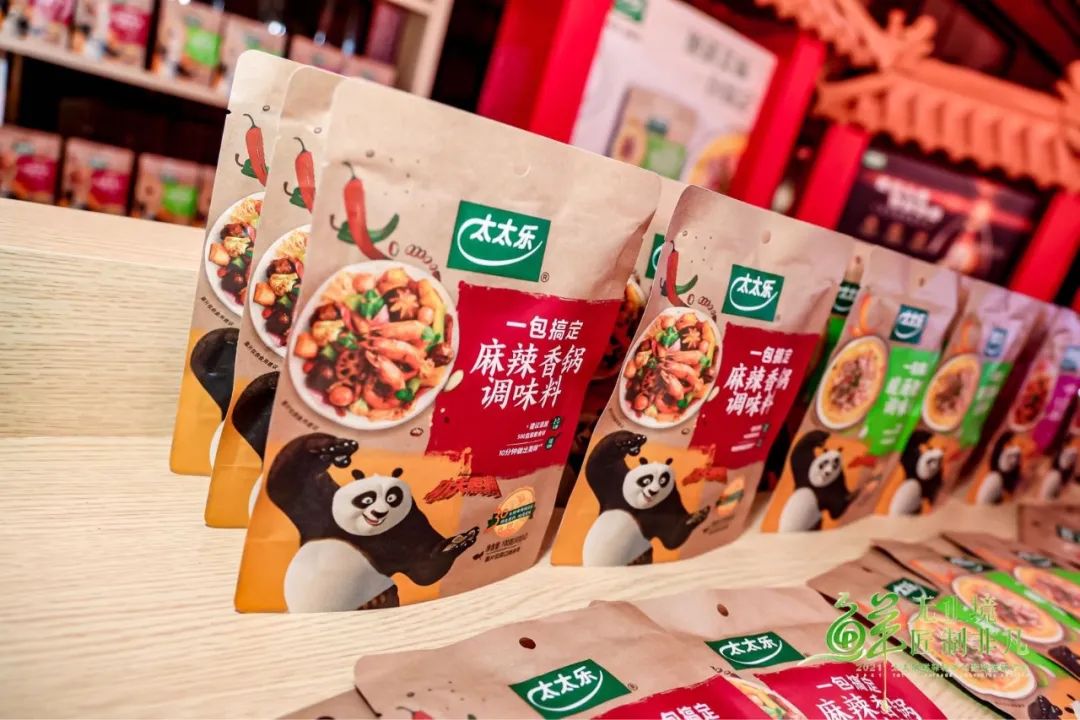 “We are looking for the most suitable candidates from both inside and outside to lead Taitaile to a new height. No matter who the future president of Taitaile is, our overall focus on delicious food will not change, and our goals and tasks will not change. This is also Nestle’s requirement for the whole Madame brand, which is executable and achievable.” Zhang Xiqiang told the snack generation today.

For this adjustment, he said that as mark Schneider, CEO of Nestle group, said, this is an effective way for the company to improve the transparency and decision-making efficiency of important regional markets. “Because I report directly to the Global CEO, there are not so many levels in the middle, so it is obvious that I can improve the efficiency of decision-making.”

“In addition, we can also timely feed back the voice of consumers in the Chinese market to the headquarters, such as our pursuit and preference for ‘fresh flavor’. Therefore, one is feedback and the other is decision-making, which shortens the decision-making chain and has a greater chance of success in the future.” Zhang Xiqiang said that in the future, It will also extend the successful growth experience of Taile to more business units in Nestle Greater China.

Pay attention to “snack generation” (wechat: foodinc) “and reply to” Taile “to see the wonderful news.