Ruixing coffee’s total net income in the first half of the year was nearly 3.2 billion yuan

Long time no see. This evening, Ruixing coffee released its unaudited results for the first half of 2021. Guo Jinyi, chairman and CEO of Ruixing, said in a briefing that the release of the financial report is an important milestone because it enables Ruixing to return to normal financial reporting. “

“I am satisfied with our overall performance in the first half of 2021. In particular, it is worth noting that the substantial increase in revenue is driven by the increase in the average revenue of each self operated store.” Guo Jinyi said that Ruixing has further improved its brand awareness, increased customer retention and order frequency, successfully launched new products and achieved higher net sales price.

Guo Jinyi added: “with the renewal of the board of directors and the leadership team and the implementation of our strategy to focus on the core coffee business and achieve sustainable growth and profitability, today, we are able to promote the long-term development of our business.” 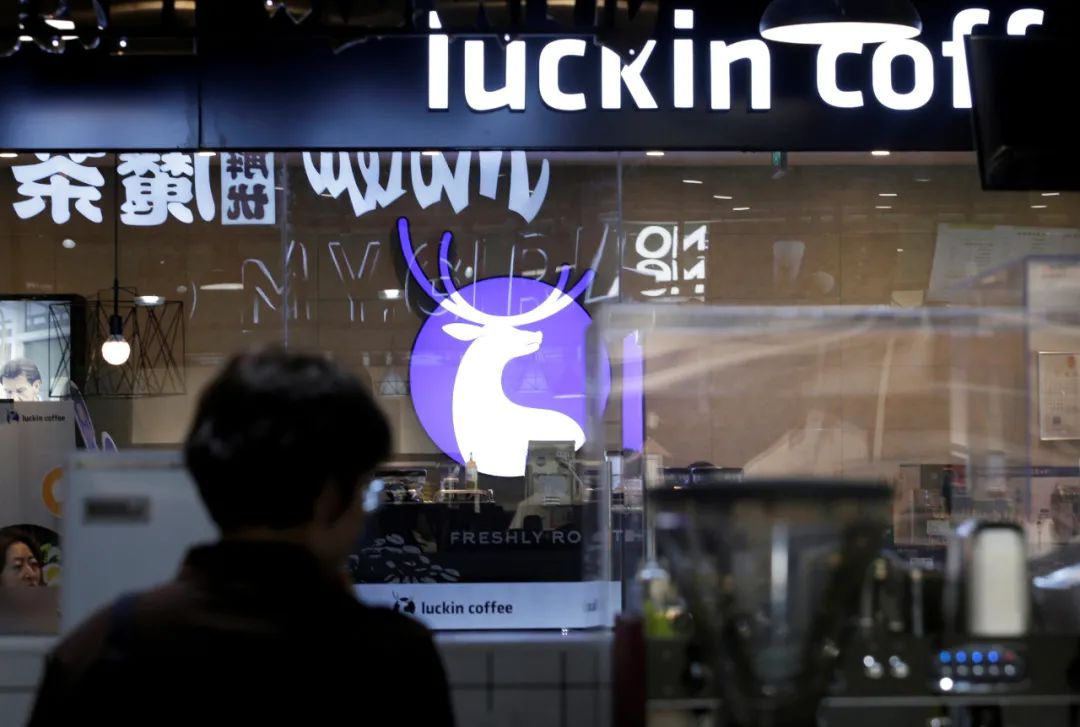 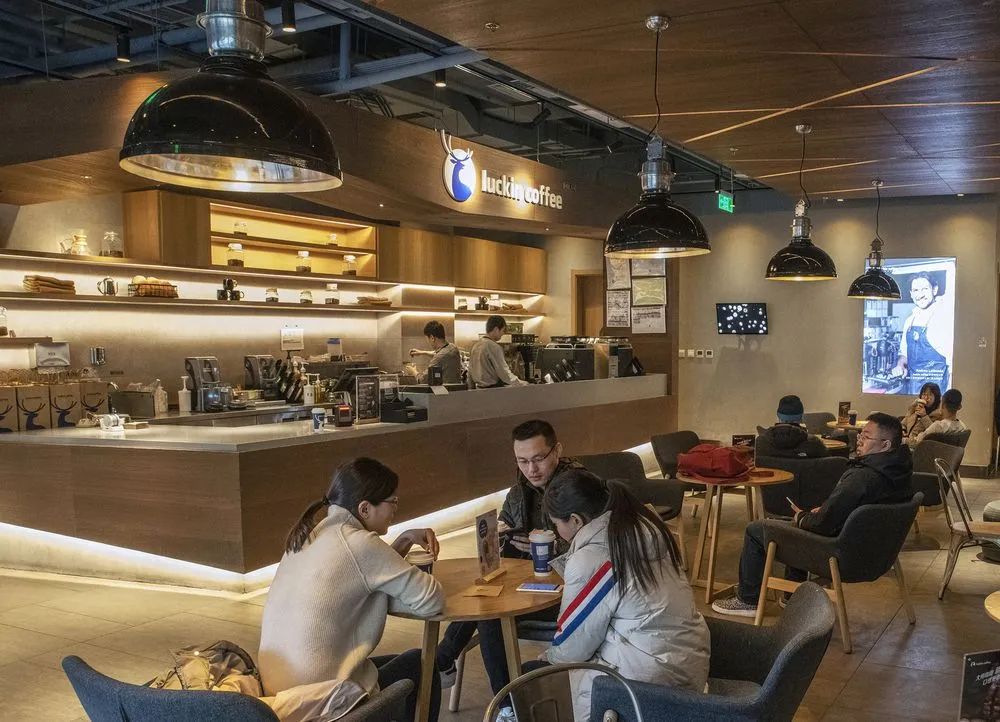 Guangming dairy announced today that the company acquired 60% equity of Qinghai xiaoxiniu biological Dairy Co., Ltd. (hereinafter referred to as “xiaoxiniu company”) at a price of 610 million yuan. The founding shareholder promised that the net profit deducted by xiaoxiniu company from 2022 to 2024 would not be less than 84.56 million, 95.97 million and 108.93 million respectively. After the performance commitment expires, Guangming dairy can choose to purchase the remaining 40% equity of xiaoxiniu company at the exercise price. Guangming dairy said that after the acquisition, it will become the controlling shareholder of xiaoxiniu company, which is conducive to improving the company’s milk source layout, production capacity layout and market layout in the west, improving the company’s self-sufficiency capacity of high-quality milk sources, improving production capacity and further expanding the scale.

Today, A-share “calcium milk biscuit first share” calcium milk biscuit enterprise Qingdao Food Co., Ltd. was successfully listed on the main board of Shenzhen Stock Exchange. The issue price of “Qingdao food” is 17.20 yuan per share, and the net fund raised is expected to be 357 million yuan. Today, the closing price of the stock was 24.77 yuan, up 44.01%. (poster News)

Revenue of liangpin store increased by 18.78% in the first three quarters

The revenue of three squirrels decreased by 2.23% in the first three quarters

Shanxi Fenjiu announced yesterday that recently, the board of directors of the company received a written resignation report from Mr. Hou Xiaohai. Due to the internal work arrangement adjustment of China Resources Group, Hou Xiaohai applied to resign from the position of director and member of the strategy committee of the board of directors. After resigning from the above position, Hou Xiaohai will no longer hold any position in the company. (company announcement)

Yesterday, shede liquor issued a clarification announcement that the company recently paid attention to relevant reports and mentioned similar information such as “more than 120000 tons of high-quality base liquor of shede liquor is untrue and of poor quality”. Shede wine industry said that the company has real old wine reserves, with more than 120000 tons of old wine; The quality of the company’s old wine is real, and the stored old wine is not blended with edible alcohol. (company announcement)

The valuation of Yuanqi forest is close to $15 billion? Response: the news is not true

Recently, some media reported that the new round of financing of Yuanqi forest was nearly completed, with a target valuation of US $14 billion to US $15 billion, more than double the price of US $6 billion in the previous round. In response, Yuanqi forest company replied to Sina technology that “the news is not true.” (Sina Technology)

Chabaidao: complete the digital intelligence construction of the whole link in 2023

Chabaidao revealed that in 2023, it will complete the whole link digital intelligence construction of headquarters stores users, headquarters upstream suppliers and other links, and complete the construction of supply chain headquarters base in Qingbaijiang District, Chengdu. In September this year, chabaidao obtained the qualification license of national private schools and has registered “Chengdu chabaidao vocational skill training school Co., Ltd.”. (Securities Times)

Recently, super professional materials obtained an angel round financing of 20 million yuan from Hongwei holdings. The financing will be used to develop more healthy foods and strengthen the improvement of online promotion and offline retail system (Beijing business daily)

Recently, due to the exposure of “lack of weight” of food materials, Haidilao rushed to the hot search again. Haidilao responded by saying “thank you for your concern” and said that the loss of water due to product characteristics was an operational error; In this regard, the store has apologized to customers face to face on the same day and supported customers to protect their rights according to law. At the same time, Haidilao also said that the customer proposed a cash compensation request of 20000 yuan to the store, the two sides failed to reach an agreement, and Haidilao has taken the initiative to report to the relevant departments. (AI finance and Economics)

Yesterday, yum China announced the official launch of its digital R & D centers in Shanghai, Nanjing and Xi’an. The digital R & D center will integrate and expand its exclusive resources, develop new solutions and services by using technologies such as big data, artificial intelligence, middle platform and digital catering cloud services, and further promote the end-to-end digital construction of the company. Yum China plans to invest US $1-1.5 billion in digital infrastructure in the next five years. As an important part of the investment plan, the company plans to invest US $100-200 million in the digital R & D center in the next five years, and the scale of the R & D team will reach 500 people. (issued by the company) 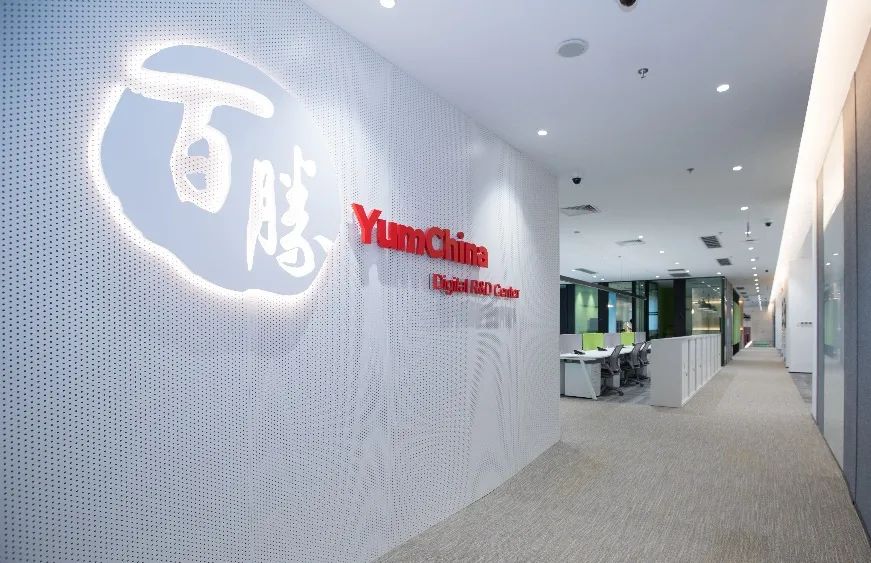 Today, French spirits maker Pernod Ricard expects sales to continue to grow well in fiscal year 2022, but may ease. Strong demand from China, the United States and India helped them achieve 20% more than expected in the first quarter of the fiscal year. Sales in the Chinese market increased by 22% due to the demand of the Mid Autumn Festival and the price adjustment of Martell. Alexandre Ricard, chairman and CEO of Pernod Ricard group, said that the Mid Autumn Festival sales were progressing smoothly and the company’s inventory level was healthy. It is reported that China contributes about 9% of its sales to Pernod Ricard, which is its second largest market. (Reuters)

Today, Unilever said that inflation may accelerate in 2022, which will continue to put pressure on consumer goods companies. Unilever’s third quarter results released today showed that the basic sales increased by 2.5% during the period, higher than the 2.2% predicted by the company’s analysts. In addition, growth was driven by demand from the United States, India, China and Turkey, while a 4.1% increase in prices offset a 1.5% decline in sales. (Reuters)

Starbucks and McDonald’s will inject another $10 million into NextGen

Recently, closed loop partners, an investment management company, announced that Starbucks and McDonald’s would invest another $10 million in NextGen consortium. The two companies are founding members of NextGen, which is using funds to recycle recyclable PP materials in catering services and other projects. （Resource-Recycling）

Amazon may launch a joint brand cafe with Starbucks

Recently, Amazon and Starbucks negotiated to launch a joint brand cafe, which combines Amazon’s cashless go store with the cafe. According to an internal document obtained by the media, Amazon listed six “principles” to be followed in the new cooperation, emphasizing “seamless customer experience (Cx)” and “differentiation”, thus bringing “surprise” factors. The others are “technological innovation”, “speed and scale”, “flexibility” and “operational efficiency”. (Sina Technology)

The curtain of “double 11” opened

At 8 o’clock last night, various e-commerce platforms officially opened the curtain of “double 11”. With consumers “buying” on e-commerce platforms, relevant topics once rushed to hot search. The reporter of Modern Express noted that different from the “double 11” in previous years, the pre-sale time this year was advanced from early morning to 8 p.m. on the basis of simplifying preferential activities, various platforms also launched new tricks such as second refund, hour purchase and shopping cart sharing. Li Jiaqi, Weiya and other e-commerce anchors entered the broadcasting state early, and they achieved a total sales of 18.9 billion yuan that day. (Modern Express)

Tianze information: the problems related to site shutdown and fund freezing have not been effectively improved at present

Today, an investor asked on the investor interaction platform: has (Tianze information) company made any progress in negotiating with Amazon? Tianze information said that the company is still actively appealing and communicating about the shutdown and capital freeze of Amazon platform site, and the relevant problems have not been effectively improved at present. (every AI express)