For convenience stores and other retail formats, private brands are increasingly regarded as a powerful starting point to improve profits and create differentiated advantages. Yike, which started in “China’s convenience store paradise” Shanghai and opened more than 100 stores in two years, is also constantly digging deep into this moat.

Recently, the new retail enterprise Yike’s own baking brand “yibake” seized the opportunity of the rise of national tide and national brand at a time when the younger generation is more and more interested in domestic products, announced a comprehensive renewal and upgrading, and launched a series of new products of “ala dim sum” national tide. Based on the classic Shanghai old snacks, the series innovated and improved and launched 12 commodities, such as Napoleon, hadou, Ma potato ball, Mini Butterfly crisp, Ma potato tiger roll and Ma potato Songsong Xiaobei, to arouse the humanistic feelings of the young generation of consumers in Shanghai and interpret the local food culture in a “younger and more fashionable” way.

“We hope to embrace the younger generation with fun and interesting new national tide concept play, and expand and enhance the influence of Yike’s own brand,” the company said. Xiaoshidai learned that Yike baking is one of its own brands with the fastest growth rate, and its sales have doubled since this year compared with last year.

In this regard, we also talked with Mr. Zhao Chenbin, founder and CEO of Yike new retail.

Statistics show that Yike opened its first store in 2019. As of October this year, it has nearly 200 outlets, distributed in Shanghai and Hangzhou, covering more than 10 million consumers. As a start-up brand, it is not easy for Yike to find a way in Shanghai where there are many giants. Starting from the people’s and goods yard, when it is not easy for people and the yard to play new tricks, goods have become a treasure land that can better display their skills, especially their own products with greater profit and differentiation space.

“When I founded Yike, I thought that we must not only be a ‘commodity Porter’, but a self-developed production retailer.” Zhao Chenbin, founder and CEO of Yike, told xiaoshidai. In the existing commodity structure of Yike, the number of self-developed commodities, such as fresh food and baking, as the core focus, has exceeded 70%, and the current coffee and tea are self-developed. 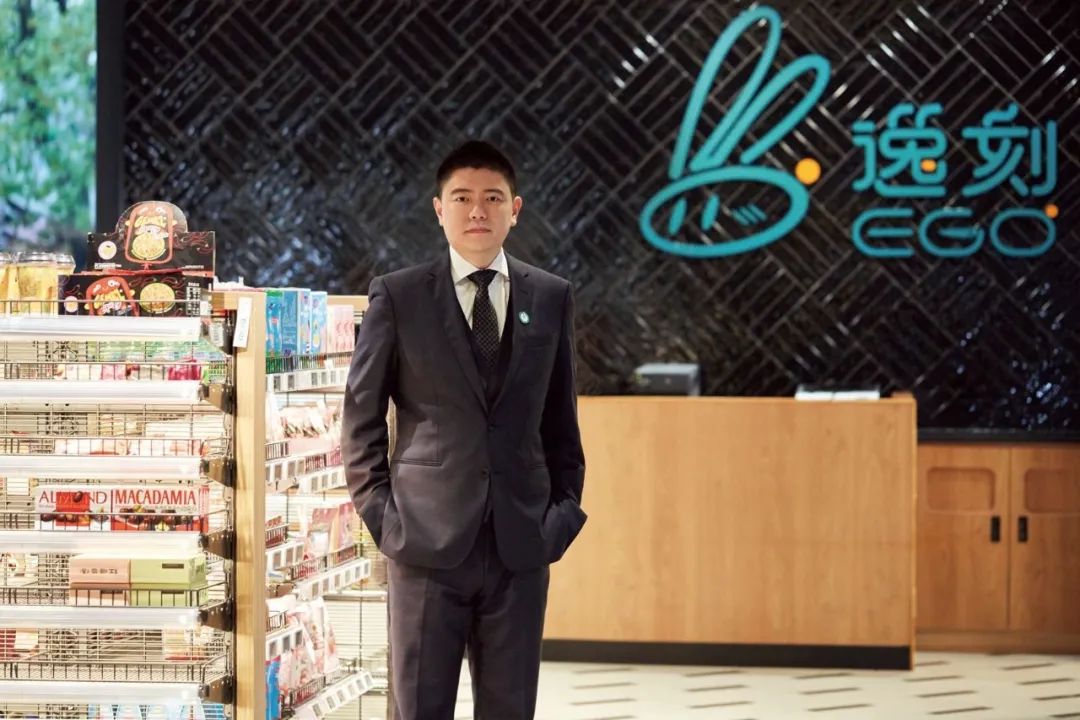 He said that when consumers are faced with a wide range of purchase channels, one of the keys to a new retail brand is that the goods can be different. In addition to introducing exclusive products, Yike pays more attention to establishing a self owned product matrix that meets local consumption preferences and has differentiation advantages according to consumer needs.

In order to build its own product barriers, Yike has made a lot of efforts in firmly controlling R & D and supply chain.

Two years before the opening of the first store, Yike invested about 200 million to build a large factory in Shanghai. It is said to be a “rare model integrating central kitchen and fresh food factory” in the market. The maximum daily production capacity is 150000 cold meals and 50 tons of central kitchen products. At present, most of Yike’s own brand goods are produced and distributed by the factory.

In terms of R & D, Yike has set up two teams in the headquarters and the factory. “The headquarters team is responsible for 0 ~ 1, mainly building samples that meet everyone’s taste preferences according to consumer needs. The factory team is responsible for the work of 1 ~ 100, converting the samples into finished products that can be mass-produced and almost perfectly duplicate the taste at the same time. “He said.

At present, Yike has five own brands, including Yijiang (cooked food, Bento, rice balls and other fresh foods), Yibao coffee (current coffee and tea drinks), Yimu Tian (fresh fruits and vegetables) and Yishi (water snacks). In terms of product R & D, Yike has spared no effort to create a “classic pop” For example, Napoleon, who launched the baking upgrade this time, has improved the traditional formula by replacing the original sandwich layer walnut protein cake with a soft cake, which is crispy outside and rich in soft layers inside. In order to create a crisp taste without residue, the R & D team has conducted hundreds of experiments and finally polished 108 layers of pastry, which is only “fragrant, crisp and crisp” for consumers.

Zhao Chenbin revealed that in the second half of this year, Yike’s own brand sales accounted for more than 40%. This proportion hopes to increase to more than 50% in 2022.

In fact, the building of private brands is not once and for all. After successfully pulling new products with exclusive products, it is also worth thinking about how to maintain customer stickiness. In this regard, Yike’s answer is: freshness.

Zhao Chenbin told the snack generation that Yi engraved a development concept called “everywhere, convenience and change”, which respectively represents the spread of stores, convenient services and constant change. Among them, constant change and constant innovation is the most critical link to win the competition.

Taking fresh food, which accounts for the largest proportion of Yike’s own brands, as an example, the company said that the R & D cycle of fresh food is generally 13-15 weeks. Yike’s R & D team will determine the development direction and product characteristics of new products according to the market hot trend, seasonal flavor, mobile online Red elements and big data insight of background consumers, and launch a wave of new products every two weeks. 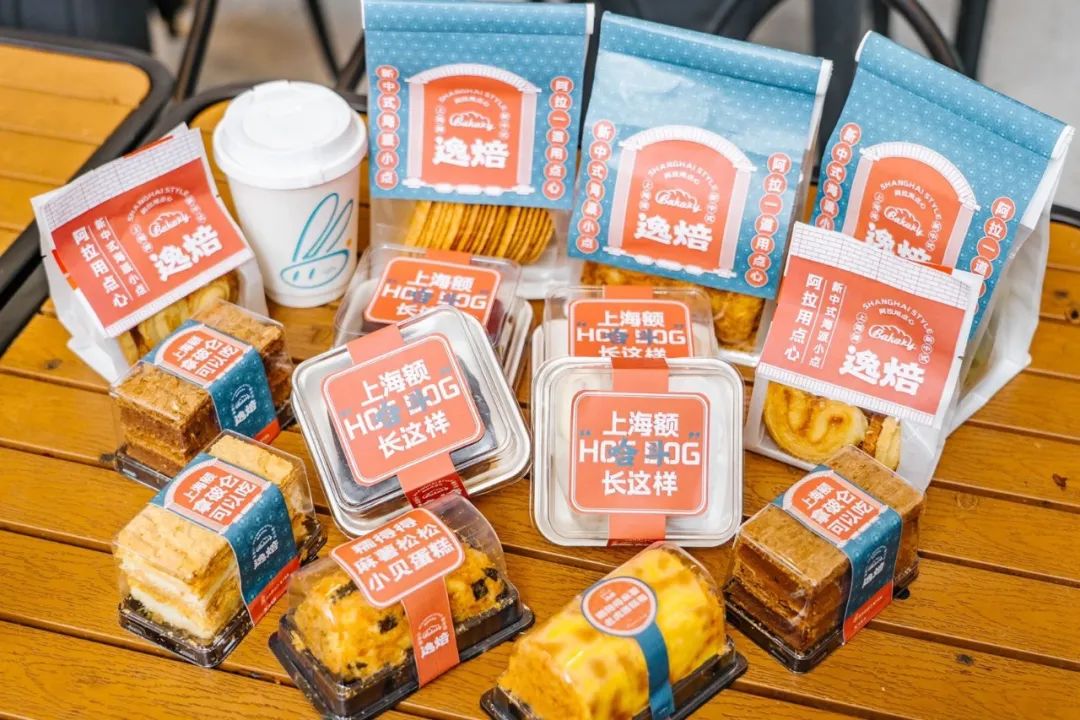 “We hope that consumers can often gain different experiences in Yike. Since this year, we have launched more than 360 self-developed products, which should exceed 400 ~ 450 by the end of the year, and maybe more next year.” he said that with the more mature supply chain and R & D of Yike, the speed and quantity of innovation will continue to increase.

At the same time, Yike has also created more normal products with local characteristics. A successful case is online red goods – store ready-made pancakes and fruits. Zhao Chenbin revealed that since its listing in the second half of last year, the sales volume of this product has been close to 1 million copies.

After more than two years of accumulation, Yike’s own brand has also opened an advanced prelude. “If we regard the past private brand matrix as version 1.0, now we have slowly iterated towards version 2.0, and the upgrade of Yibao baking is the first step,” Zhao Chenbin told xiaoshidai.

He said that the biggest difference between 1.0 and 2.0 products is that they are more consumer-centered. “In phase 1.0, we mainly start from the brand itself and complete category occupancy first. In phase 2.0, we will give priority to consumer needs and how our capabilities and systems can meet them”.

Taking the newly upgraded “Yate baking” as an example, the person in charge of Yate product R & D said that the series optimized and upgraded the formula taste based on the analysis and insight of big data on the taste preference of young consumers.

In the future, Yike also plans to apply a localization centered model that relies on its own R & D and supply chain to national expansion. With the regionalization trend of convenience stores becoming more and more obvious, how to make local characteristics of goods is also an important topic.

“We will not take the opening of a store as the first step into a new city. We must take the supply chain first, including logistics, fresh food factories and the whole commodity system. We should first lay the foundation of our own and self-developed brands. On the basis of adhering to the characteristics of Yike, we will expand by superimposing the characteristics of local consumption preferences.” he told the snack generation that Yike hopes to become a national brand, It will also advance steadily according to the actual pace of development.