As an “old friend” of the Expo, Aoyou went to the appointment again this year. With the theme of “better nutrition and better life”, Aoyou appeared with its jiabeite, hepnocai 1897, nenglito, Aozi, Po Chun and nutrition care, showing Aoyou’s “international model” with global product strength and global brand image. In addition, Aoyou’s new brand IP image also made its debut at this fair to help Aoyou tell a good brand story. 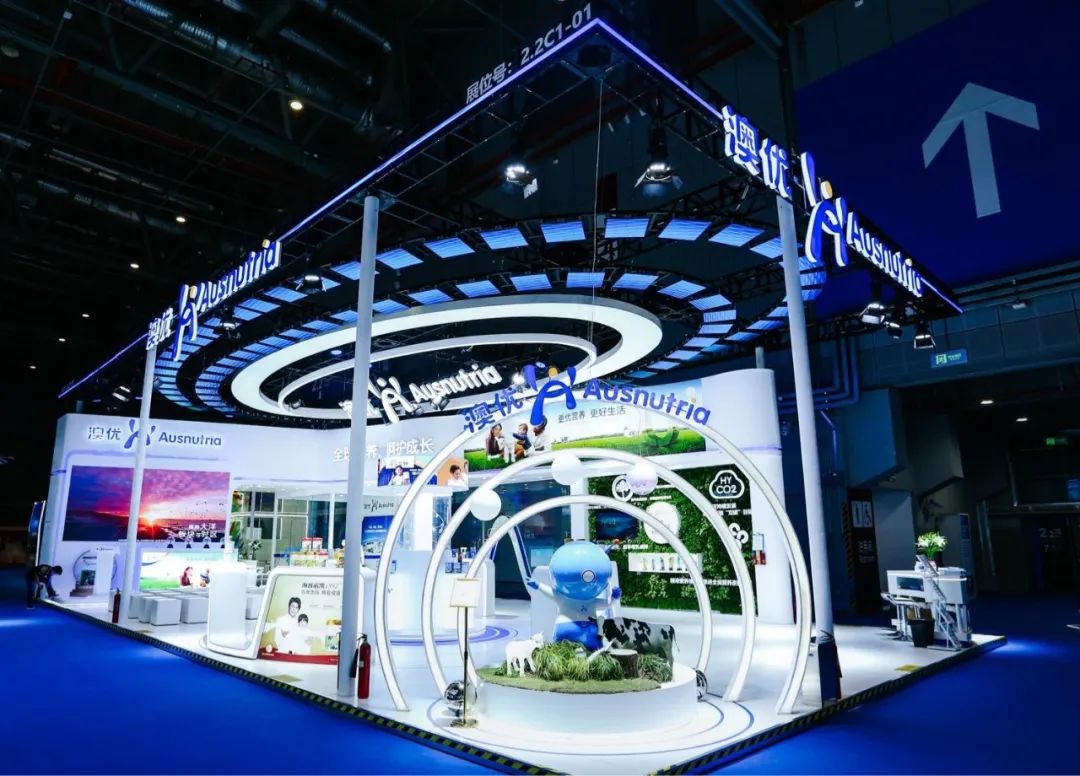 2021 is the first year of China’s 14th five year plan and the 20th anniversary of China’s accession to the World Trade Organization (WTO). Over the past 20 years, China has taken the initiative to strengthen international cooperation and exchanges, practiced a mutually beneficial and win-win development model, and “activated a pool of spring water in the world economy”. Under the superposition of many waves such as consumption upgrading, industrial revitalization and double cycle resonance, China’s dairy industry has also rapidly moved to the world stage in recent years, becoming an important force to promote the development of the global dairy industry.

As an enterprise without milk source advantages at the beginning, it has developed through “going out” and integrating global high-quality resources. So far, it has become an enterprise whose products are exported to more than 60 countries and regions around the world. The development and growth of Aoyou benefits from the dividends of the times and China’s basic national policy of continuously promoting high-level opening-up. As the first national exhibition with import as the theme in China, the continuous participation of Aoyou shows the company’s determination to unswervingly follow the international development route, and is also vividly interpreting the charm of globalization to all walks of life with its own practical cases. 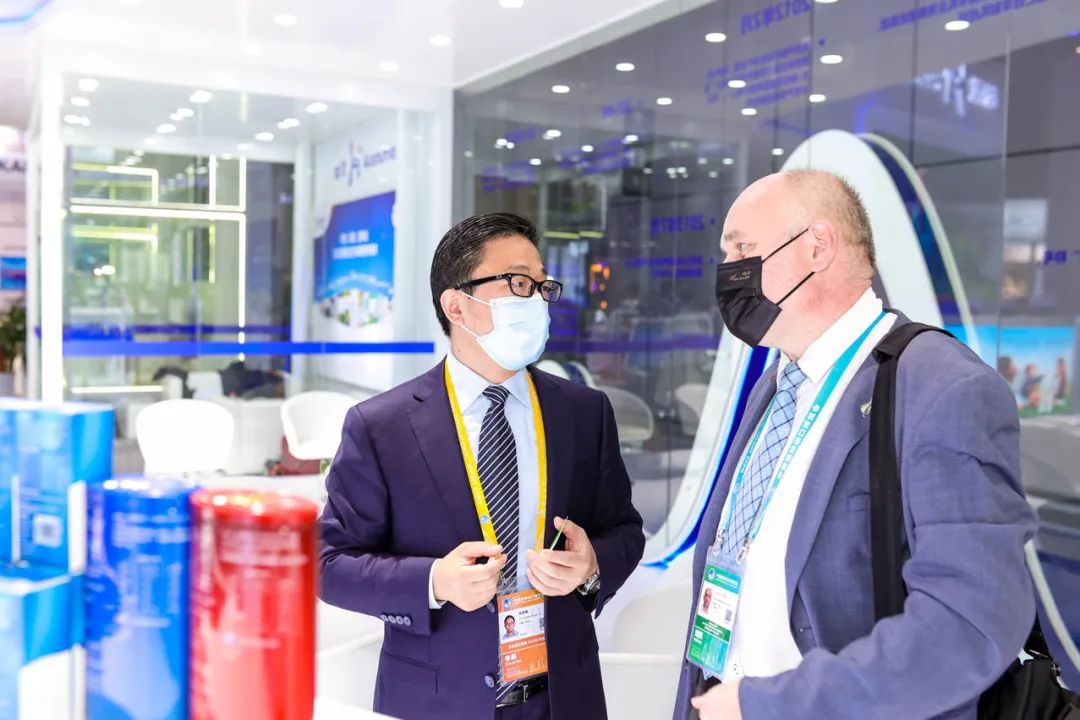 At this Expo, Aoyou exhibited more abundant new products than previous sessions, and its significance is self-evident. “Over the past 10 years, Aoyou has completed a complete industrial chain layout through overseas mergers and acquisitions, global smart chain integration and new factories, and has been continuously improved in practice, which has laid a solid foundation for Aoyou products to follow the route of quality, differentiation and high-end. The commodities we participated in this year can be said to be the fruitful fruit of Aoyou’s steady adherence to globalization for many years.” Yan Weibin, chairman of Aoyou, said that the holding of the fair gave Aoyou the opportunity to “compete on the same stage” with international dairy giants, which not only fully demonstrated the in-depth layout results of Aoyou’s globalization, but also showed the influence of China’s dairy industry on the international stage to audiences from all over the world.

Of course, the “new” of new products not only gives people the most intuitive visual feeling, but also focuses on the core selling points of new products. For example, Jiabei Aite Youzhuang Pro Series sheep milk powder highlights the differentiated selling points of “intelligence” with the product positioning of “natural intelligence, good absorption and enlightening the baby’s left and right brains”; The innovative compound formula with HMO as the core in the future version of hiponokai 1897 meets the higher quality needs of mothers and infants with more subdivided, higher quality and more targeted ultra-high-end products through deeper simulation of breast milk; Aozi organic maternity, infant matching and family series products create a complete set of products based on the nutritional and health needs of pregnancy, childbirth and upbringing, and provide consumers with natural and pure nutrition with organic quality; Aozi super platinum infant formula upgraded the breast milk oligosaccharide formula to create an infant formula focusing on infant intestinal immunity; Pachun has upgraded the A2 milk source based on the original triple Bo protection factor and triple jingling factor, making it more natural and compatible.

With clear category management, more yuan product matrix and more systematic product system, it can be seen that Aoyou’s product functions and services are gradually focusing on more professional and subdivided fields, providing more optimization to meet the diverse nutritional needs of different people under the background of the new era.

In order to better display the global brand image of Aoyou, transfer the brand culture and build a more convenient communication bridge with consumers, Aoyou global brand IP image – “aoxiaoyou” also made an amazing debut for the first time. 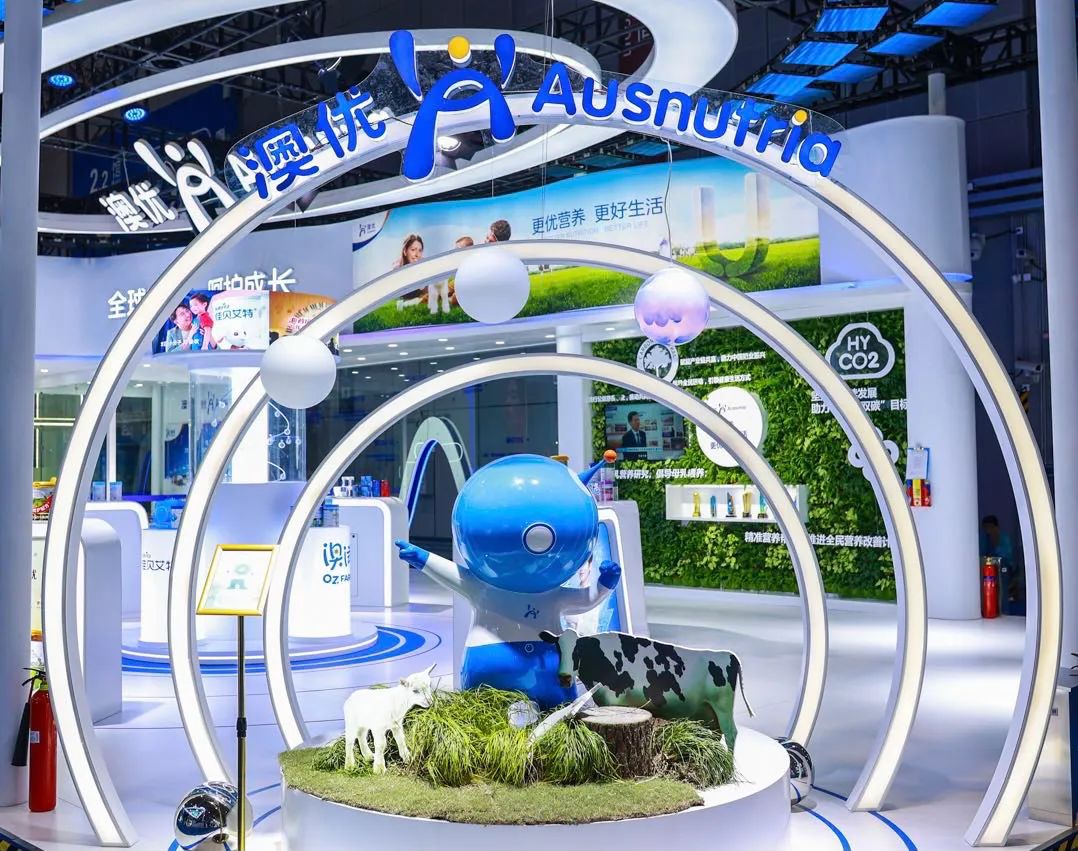 “Aoxiaoyou” adopts anthropomorphic cartoon image and Aoyou’s classic blue, white and orange design. “Aoxiaoyou” from the universe is not only a fanatic lover of all kinds of milk, but also a traveler with cleanliness and exploration spirit, but also a scientific research expert born of hobbies; In terms of character setting, it is positioned as a role of sunshine, warmth, humor and a sense of security.

Wu Shaohong, executive director of Aoyou, said: “For a long time, Aoyou has been practicing the brand concept of” being excellent, upward and fearless of challenges “and communicating with the outside world in a multi-channel and three-dimensional way. The establishment of Aoyou will give a more concrete bearing to Aoyou’s brand image. In the future, Aoyou will be more deeply integrated with Aoyou’s brand construction. I hope that the arrival of Aoyou will bring Aoyou’s brand temperature and internal influence Han will be delivered to you more accurately and bring more happiness and beauty to our users. “

“Better nutrition” is one aspect of life, “better life” is all aspects of life. Yan Weibin, chairman of Aoyou, pointed out that the exhibition of Aoyou new products represents our determination and commitment to always provide consumers with “better nutrition” on the international stage such as the China International Fair, but people are not satisfied with “better life” We are looking forward to working with all enterprises in the industry to create a better life we all yearn for.

“China’s novel coronavirus pneumonia epidemic has been affected by our country’s efforts. The fourth session of the Expo has been held as scheduled, which has demonstrated the firm determination of China to deepen reform and expand openness in the new era, and also boosted confidence and firmness in our direction.” Ausnutria chairman Wei Bin added that “As a highly internationalized Chinese dairy enterprise, Aoyou will take advantage of the spillover effect of the Expo, take ‘global nutrition, care and growth’ as its mission, continue to explore domestic and international markets, accelerate the opening-up, exploration and innovation of nutrition and health food enterprises, deepen international cooperation in nutrition and health industry, and expand the influence of Chinese Nutrition and health food enterprises in the world.”