After the impact of the epidemic on home coffee consumption last year, Nestle’s coffee business in China continued to record double-digit strong growth in the first three quarters of this year. What happened behind this? With the emergence of high-quality coffee, especially local new consumer brands, does Nestle coffee feel the pressure of challenge and competition?

Today, xiaoshidai had an exchange with he Wenlong, senior vice president of Nestle’s coffee business in Greater China at the Expo site. He pointed out that under the influence of the epidemic in the past two years, the pattern of the coffee market has changed, and drinking coffee at home has become a norm. Thanks to the share expansion and innovative achievements from e-commerce channels, Nestle coffee still maintained a growth momentum on the basis of last year. 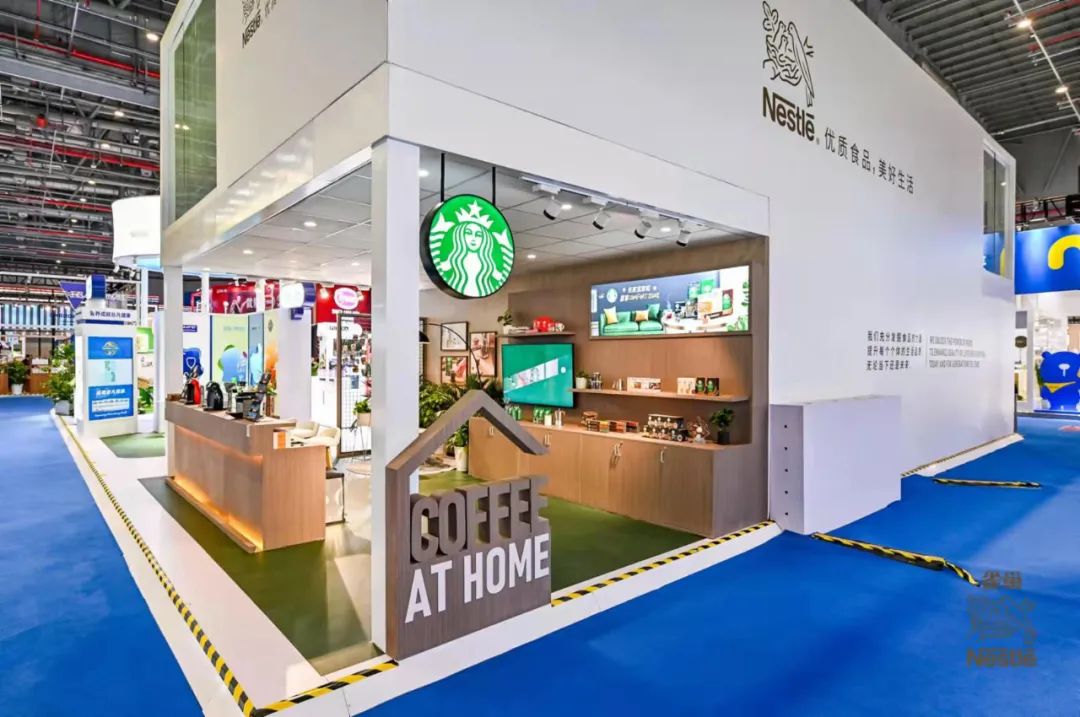 When talking about the overall performance of the coffee business this year, he Wenlong said that under the influence of the epidemic in the past two years, the situation that 50% of consumers in developed cities “first cup of coffee” comes from cafes has changed. Now consumers can access their first and second cups of coffee through different channels. Therefore, the company’s coffee business has achieved comprehensive growth in many channels, including e-commerce, o2o and outdoor. On this basis, he Wenlong believes that accelerating innovation is also the key reason why Nestle coffee business can successfully seize growth opportunities and the direction of sustainable development in the future. These innovations are the optimization and improvement of the company’s mainstream product line, high-end product line, imported product line and local product line based on collecting feedback from consumers and the market from e-commerce and other digital platforms.

“On the double 11 this year, we launched more than 100 innovative and improved coffee products in order to seize the needs of consumers in a variety of scenarios.” he Wenlong pointed out that the needs of Chinese coffee consumers are increasingly subdivided and diversified, so the company needs to take these needs as the core to comprehensively layout coffee categories in innovation. In the high-end boutique series, following the launch of CAF É gilded coffee during the double 11 Festival last year, Nestle caf É launched another gilded glittering bean coffee this year. It is reported that Nestle’s main coffee products on double 11 also include the introduction of gold medal coffee imported from Japan in cross-border channels, as well as the Starbucks “follow the star Cup” series just launched. In addition to product innovation, creating new consumption scenarios will also be the direction for Nestle coffee to seek more breakthroughs in the future, and e-commerce is an important part. He Wenlong said that in the future, the coffee team will maintain close cooperation with e-commerce and other departments, open up more market channels and improve market penetration.

Today, xiaoshidai also connected with Wang Lei, vice president of e-commerce of Nestle Greater China. She said that after the normalization of epidemic prevention and control, e-commerce is still an important channel for consumers to shop. At the same time, the entrance of the shopping end began to show an obvious integration trend, including online and offline integration, and the field of e-commerce began to subdivide into traditional e-commerce and content e-commerce, community group purchase, o2o and other new retail channels. This also means that brands need to actively design for different scenarios in terms of channel layout and communication with consumers, rather than relying solely on the display of shelves to guide consumption. For example, Wang Lei said that coffee products, for example, need different content contacts to stimulate consumers’ purchase desire in different scenarios such as outdoor mobile, office and home. “Taking coffee as an example, consumers may see others preparing coffee or introduce some knowledge about coffee baking, which arouses interest and generates purchase demand,” Wang Lei said.

She also said that next year, she will continue to deliver some cutting-edge consumption trends from e-commerce platforms to business departments such as coffee, and combine it with the research and development of new products of business departments to help the latter create products more suitable for current consumer demand.

He Wenlong also said that over the past eight years, China’s coffee market has maintained a growth rate of two to three times that of the global coffee market, but in terms of coffee consumption, it is still far from mature coffee markets such as Japan and South Korea. An example is that at present, many cities in China do not have Starbucks stores, and Nestle’s Starbucks home coffee series can cover these markets online, which is what the company will strive to promote in the future.

With the rapid development of the coffee market, a large number of new coffee consumer brands born in China are rising. How does Nestle coffee view this new trend?

In this regard, he Wenlong believes that the gene of the brand needs long-term accumulation, and it is difficult to judge the long-term market pattern in the short term. For Nestle itself, he said that nestle coffee has a history of 20 or 30 years in China, and Chinese people’s coffee drinking habits are different from those in the West. Therefore, the company hopes to create a Chinese coffee culture. “I think Nestle coffee has done this in the past few years.”. However, he also stressed that everyone is doing fine coffee, but the overall market scale is still very small. The greater market space comes from the competition between coffee and other categories. “Milk tea is the biggest ‘enemy’.”.

Nestle Nestle will form a new large China region, He Wenlong believes that the new structure will be awesome. It will give more resources and support to Nestle close to the needs of the Chinese market, no matter from the R & D side, the production end and the entire supply chain.