Xiaoshidai noted that from November 5 to 10, this well-known organic infant food brand appeared in the fourth China International Import Expo (hereinafter referred to as the Expo). Although it is the fourth year to attend the Expo, Bellamy has still created many “new tricks” this year, bringing a larger product lineup than in previous years, and Lu Minfang, President of Mengniu Group, has personally come to “call the platform” for Bellamy series products. 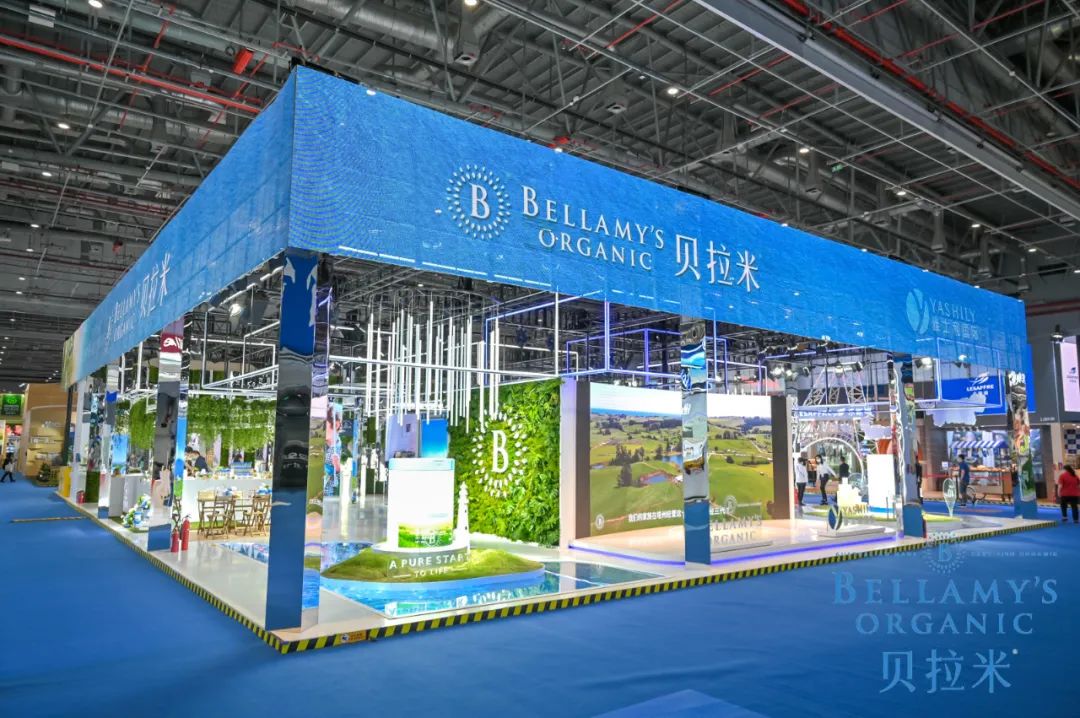 It is worth noting that at this year’s fair, Bellamy released the brand’s first organic children’s growth milk powder.

“This is a special year for Bellamy. With the opening of the three child policy and the increasing attention of consumers to a healthy lifestyle in the post epidemic era, healthy and safe organic infant food has attracted more and more attention.” Bellamy’s brand head told the snack generation that the new products launched in the world at the fair will be officially launched at the end of the year or early next year. 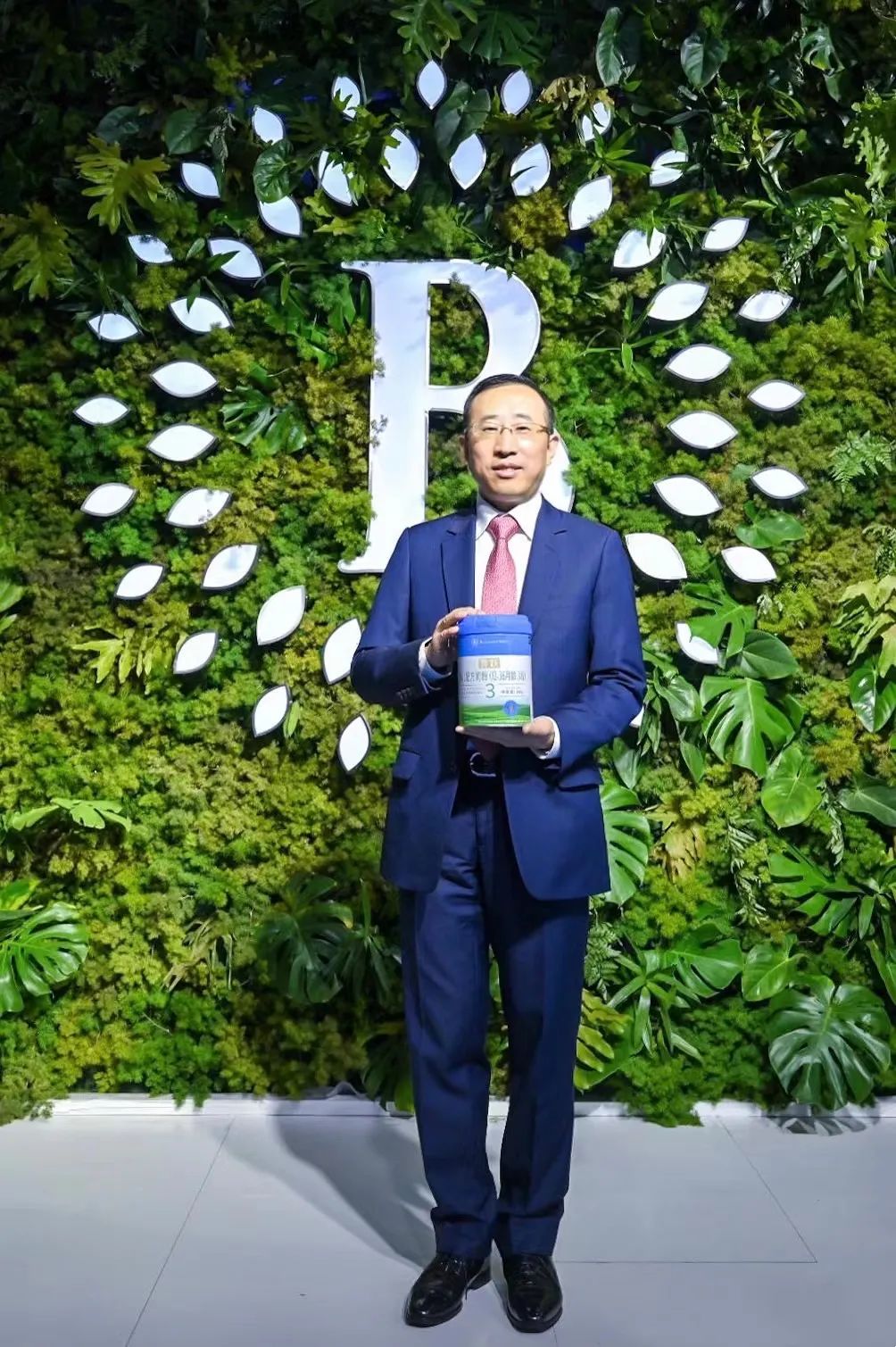 Lu Min, President of Mengniu Group, put it on Bellamy’s booth at the Expo

Around “organic”, Bellamy’s product portfolio is becoming richer and richer. 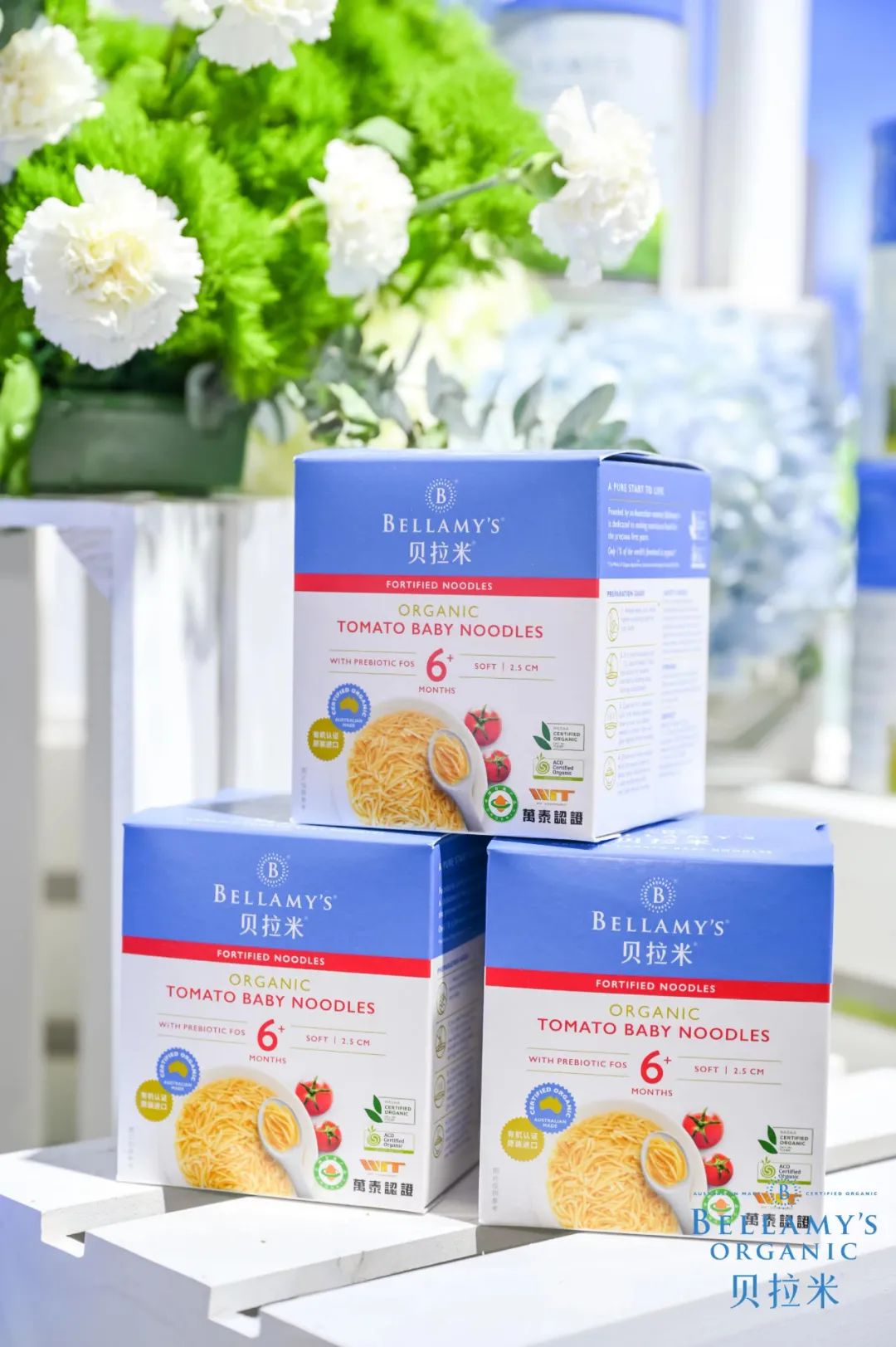 Like many infant formula enterprises, Bellamy is also extending its product line to children’s milk powder. It is reported that Bellamy organic children’s growth milk powder, which was first launched at the Expo, has passed the dual organic certification of China and New Zealand. From soil and water source to cow breeding and then to milk powder production, it has complied with the standard of “whole chain organic”. In the formula, the product added lactoferrin, dietary fiber, high calcium and other nutritional elements.

“Our first children’s growth milk powder will be sold in the big trade channel in the future,” the head of Bellamy brand said to the snack generation. In addition, in order to create a more attractive brand image, Bellamy also released its own brand IP “organic three treasures” – strong lion, gaogaolu and Beibei duck for the first time.

The above-mentioned person in charge told the snack generation spoilers that Bellamy will also launch a wave of new products at the end of the year by the end of December, including Bellamy Jingyue Organic Infant Formula four stages, organic germ rice, organic germ rice, molar rice cake, etc. “These are organic products, and organic is our core competitiveness. In the future, Bellamy will deeply cultivate organic products and launch more new products of subdivided categories.”

Betting on the high-end organic track also gives the infant food brand more confidence to outperform the market in the “stock market”.

In recent years, due to the decline of China’s birth rate, the growth of infant formula market capacity has continued to slow down. The data show that in 2020, the overall retail scale of China’s infant formula industry was 176.3 billion yuan, a year-on-year increase of 4.4%; Sales increased by only 1.2 percentage points compared with 2019. Some analysts pointed out that due to the reduction of the number of people of childbearing age and the suppression of fertility desire by housing, education, medical care and other direct costs, China’s birth population may face a continuous decline. 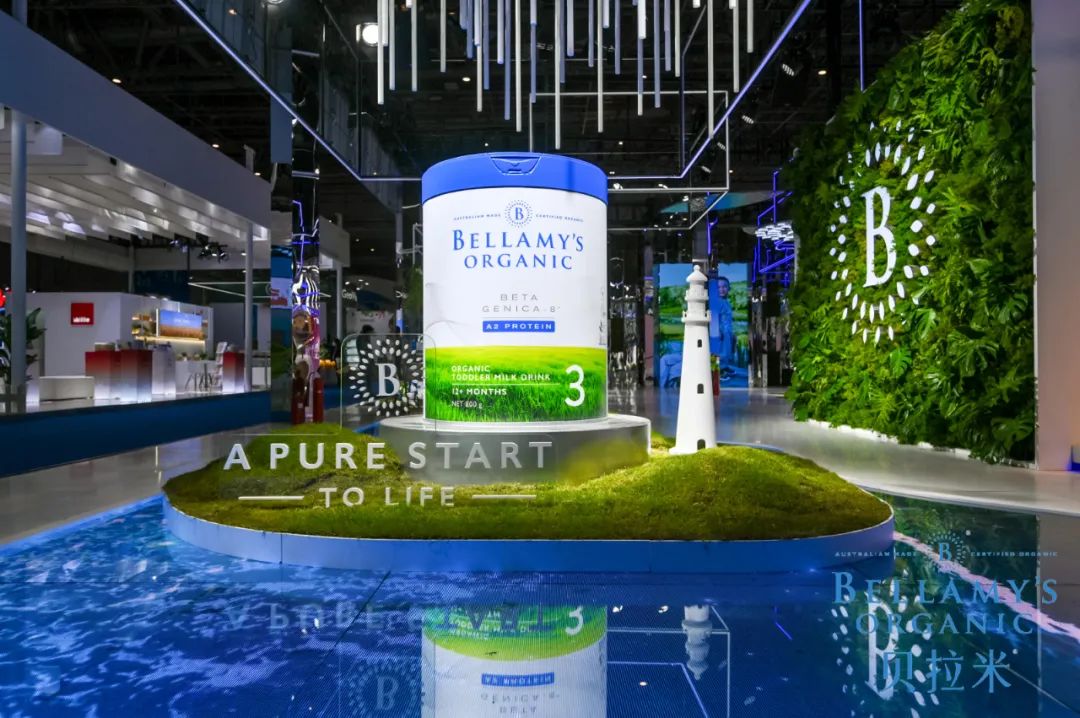 Bellamy told the snack generation that China is the world’s second-largest economy and the fourth largest country in global organic consumption, and is “firmly optimistic” about this market. “In particular, more and more post-90s are entering childbearing age. For them, price is no longer the primary consideration when purchasing products, and good quality and brand are the more important selection criteria. As the world’s leading manufacturer of organic infant formula, this is Bellamy’s strength.”

At present, high-end is a “powerful weapon” to promote the growth of milk powder. According to the data previously released by frost Sullivan, the retail sales value of China’s infant formula market is expected to be about 342.7 billion yuan in 2023. One of the main driving forces is the growth of the high-end market. It is expected that the average price of milk powder per kilogram will reach 486 yuan at that time, compared with 421.7 yuan in 2018. 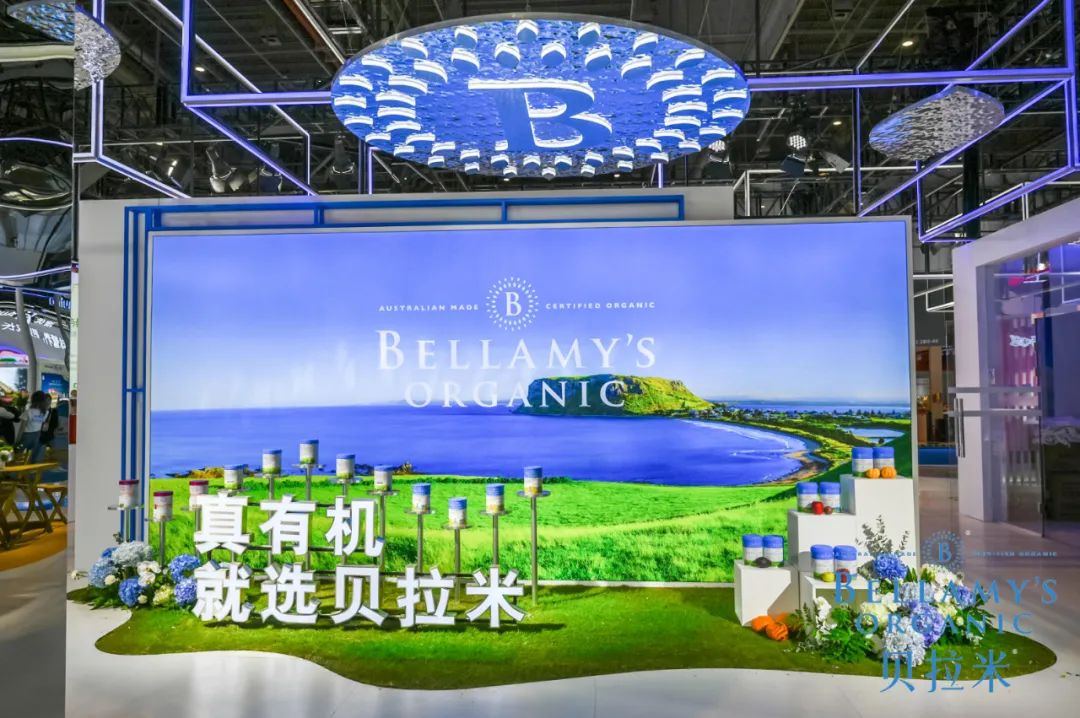 “At present, China’s Organic Infant food market is still in its infancy, and the high-end trend will be further accelerated in the future. At the same time, in the stock market, consumers will pay more attention to the safety of products while paying attention to nutrition. We believe that the development of high-end Organic Infant Food market will usher in opportunities in the future.” the person in charge of Bellamy brand told the snack generation.

“As a brand that started cross-border business, we still have obvious advantages in online channels this year. We will make full use of cross-border e-commerce channels to bring more Bellamy products to the Chinese market,” said Bellamy’s brand head. 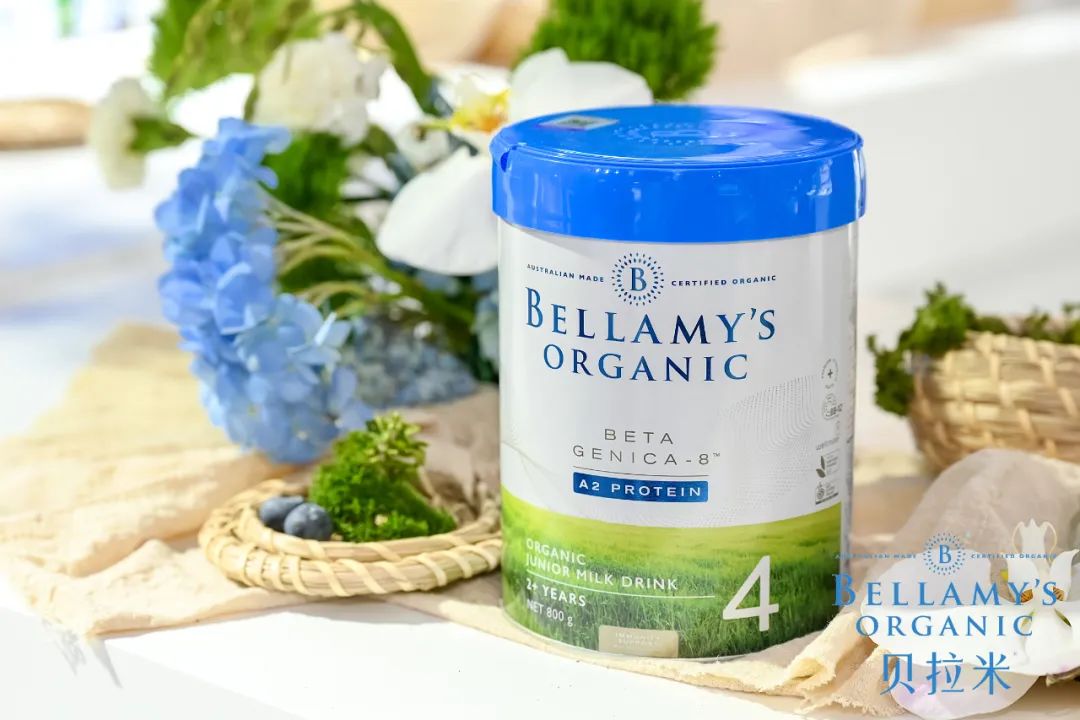 At the same time, Bellamy is also working on offline channels through the Chinese version of milk powder.

“Bellamy is a brand known to Chinese consumers online. Due to the different shopping habits of consumers in different cities in China, multi-channel development is bound to be a general trend. Our channel strategy is to layout online and offline to realize the coordinated development of cross-border e-commerce and general trade.” the above person in charge told the snack generation.

However, at present, the local recurrence of the epidemic is also continuing to challenge the offline retail channels of baby and child food. “To this end, Bellamy will continue to increase investment and support for offline big trade business. At the big trade end, we will focus on building dealers in key regions, sinking the market and deepening cooperation with local dealers and stores.” 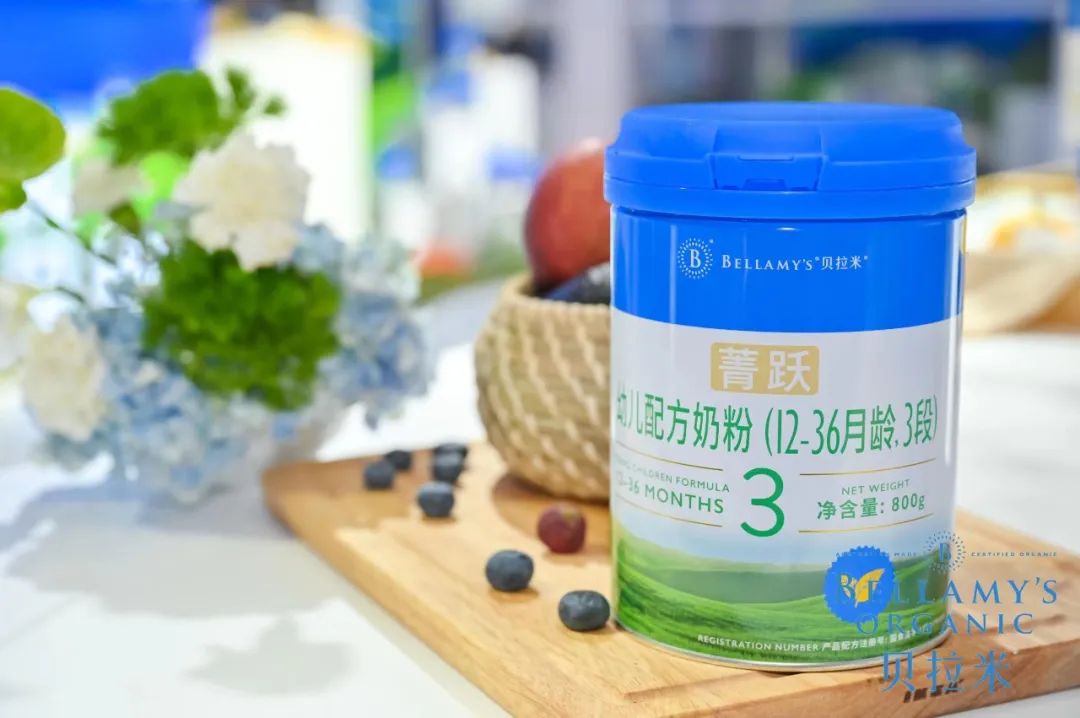 Xiaoshidai noted that in the first half of this year, Bellamy accelerated the layout of domestic cross-border channels and “increased the market share of cross-border e-commerce channels”; The Chinese version of Jingyue Organic Infant powder continues to promote the offline layout.

In addition, Bellamy launched a new brand positioning and advertising of “real organic” to enhance its popularity. “In the third quarter of this year, Bellamy launched a ‘real organic’ series of outdoor advertising communication, covering 93 cities across the country, with a total exposure of 18.5 billion people,” the person in charge of Bellamy brand told the snack generation.

This year, Bellamy also launched consumer interactive experiences such as “meima yoga” and “organic kitchen” to advocate an organic lifestyle. The snack generation saw at the Expo site that Bellamy moved the “organic kitchen” to the booth this time to provide the audience with a variety of snacks made of Bellamy milk powder, supplementary foods and fresh organic ingredients.

“The organic milk powder industry will enter the era of the strong and the strong. In the future, with the support of the group, on the one hand, Bellamy will continue to increase investment and support in offline channels, actively cooperate with the management of dealers in key regions, and focus on mobilizing the initiative of dealers; on the other hand, Bellamy will also continue to make efforts in product R & D and innovation, focus on consumer demand and improve Product matrix, “Bellamy said.

Pay attention to “snack generation” (wechat: foodinc) “and reply to” Bellamy “to see the wonderful news.