The annual fair is coming again, and many “old faces” are coming with a “new attitude”. HIPP, a century old infant food brand, also appeared in the German exhibition group of the Expo, which is the third time that the brand has “become attached” to the Expo.

This year, HIPP Germany Xibao not only brought a variety of cross-border products and showed a strong product array, but also announced the latest practice results of many companies in the mission of sustainable development and the future long-term plans of the Chinese market. Next, let’s have a look. 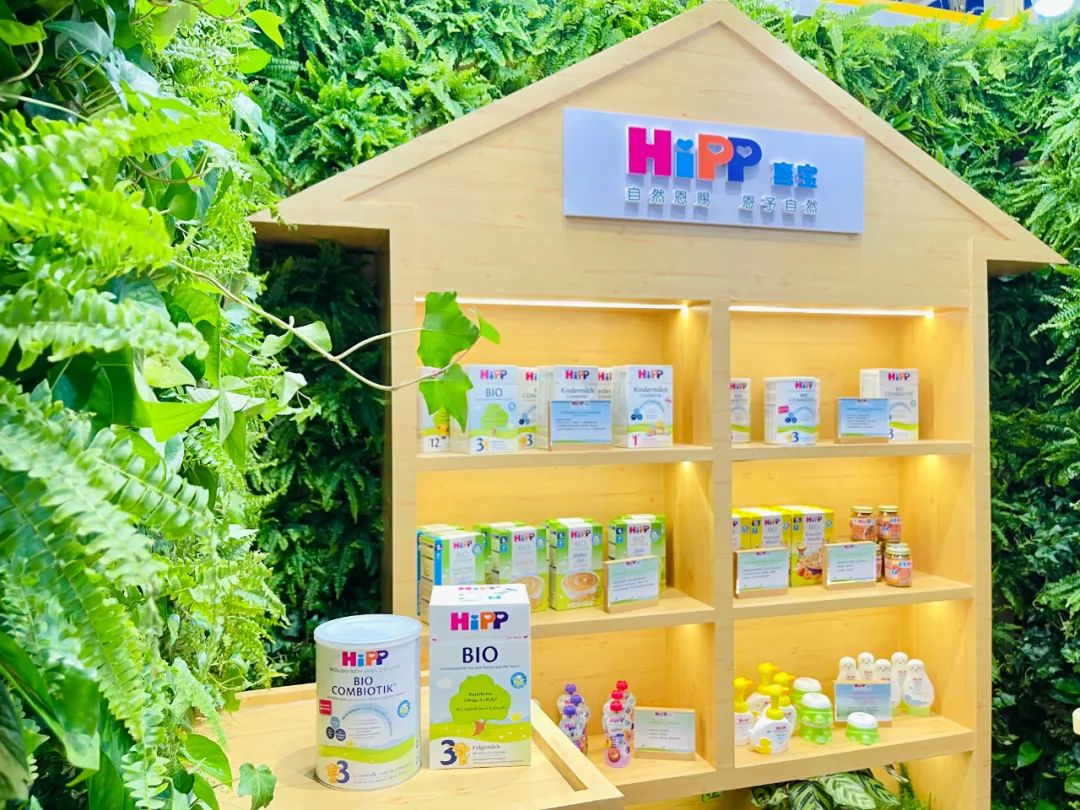 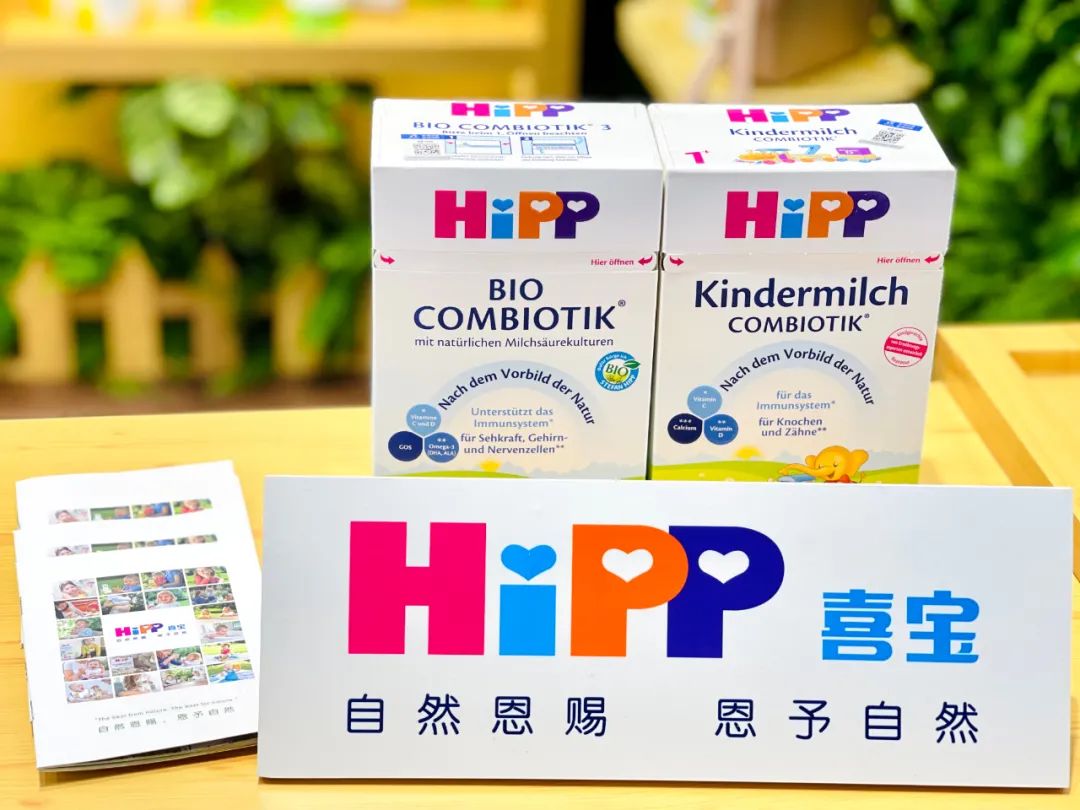 The data show that the probiotic was originally isolated from healthy breast milk. It is one of the seven probiotics that can be used in the food of infants (0-3 years old) stipulated by the national health and Family Planning Commission, which helps to maintain the balance of intestinal microecology. GOS prebiotics can promote the growth of beneficial bacteria.

It is reported that the milk powder also adds 13 minerals, 13 vitamins and long-chain polyunsaturated fatty acids LCP (omega-3, omega-6) to provide infants with multi-directional nutrition in bone, tooth, eye and brain development, scientific research formula and balanced nutrition ratio to support the nutrition needs of Baobao in the early stage of growth. Without additional sucrose, the taste is lighter.

At present, the market prospect of mother infant probiotics in China is broad, and HIPP Germany Xibao is expected to benefit from it. According to the data of frost Sullivan and China Business Industry Research Institute, in terms of retail sales value, the market scale of children’s probiotics increased from RMB 2.347 billion in 2014 to RMB 4.762 billion in 2019, with a CAGR of about 15.2%. The strong demand of higher income families and the improvement of awareness of maintaining children’s digestive system health and enhancing children’s self-protection have consolidated the foundation of rapid growth.

China’s supplementary food market is also expanding. According to the prospective industry research institute, the annual compound growth rate of China’s infant supplementary food market from 2012 to 2019 is as high as 23%. It is conservatively estimated that the market scale will maintain a compound average growth rate of 10% in the future, exceeding 70 billion yuan by 2025.

HIPP, with a long history of 100 years, has won several “first” titles. According to Nielsen’s 2020 data, the company is the first infant nutrition brand with retail sales in the German market. Euromonitor International data show that Hippo Germany Xibao is the world’s first organic infant food brand in terms of retail sales in 2020.

HIPP Germany Xibao’s sustainable road is as long as the brand’s history. Moreover, the company integrates the concept of sustainable development into all aspects and firmly practices it.

Reducing carbon emissions, an environmental strategy that has been highly valued by the world in recent years, has long been regarded as a “must answer” by Hippo Germany. The company started the climate protection project in 2011, comprehensively reducing carbon emissions in all aspects of production, transportation and storage, and using renewable energy as much as possible. At present, HIPP has 5 plants in Xibao, Germany to realize carbon neutralization production.

In this process, in addition to avoiding the use of chemical raw materials, HIPP Germany Xibao also attaches great importance to the reuse of resources in the production process. For example, its plant in Pfaffenhofen, Germany, produces more than 12000 tons of waste every year, but only 3% of it is non recyclable; Vegetable waste generated in the production process is sent to biogas digesters to provide electricity for about 300 families. 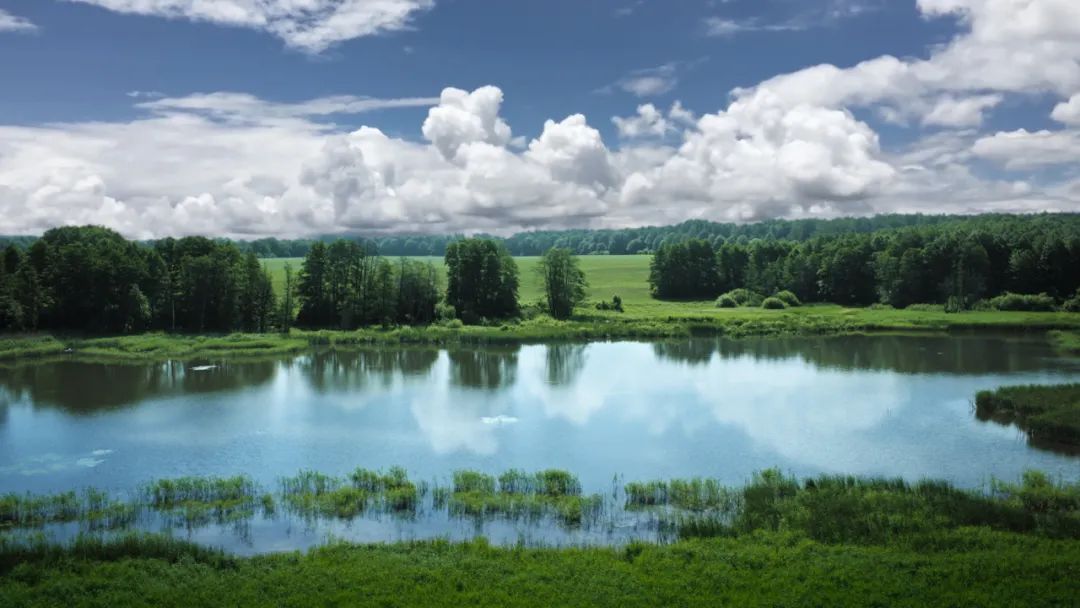 With regard to the packaging materials that have attracted much attention in the food industry, HIPP Germany Xibao has also insisted on upgrading and optimizing the product packaging for many years, and the packaging recoverability of its glass canned auxiliary food mud products has reached 97%. At the same time, hippo is still actively studying alternative forms of packaging and materials to better promote sustainable development actions.

In terms of energy-saving water, hippo Germany Xibao introduced the environmental management system according to EMAS (ecological management and audit plan) in 1995, which is the first food manufacturer in Germany to introduce the system. Since the introduction of EMAS, it has put forward innovative and creative solutions in Pfaffenhofen plant, successfully reducing the water consumption of the base by nearly 2 / 3 and energy consumption by more than 50%.

In terms of biodiversity, HIPP Germany Xibao customized breeding methods and animal feed for each species to build organic agriculture. In 2020, HIPP’s organic demonstration farm in Xibao, Germany was rated as the United Nations Decade of biodiversity project.

At present, Sino German trade is rising against the trend, and China has become Germany’s most important trading partner for five consecutive years. China’s foreign economic and trade exchanges are booming, and cross-border products are better and more entering the Chinese market. As a well-known German enterprise, the company also borrowed from the Expo to show its cross-border product array. It is reported that the brand will also introduce more high-quality cross-border organic products.

Pay attention to “snack generation” (wechat: foodinc) “and reply to” Xibao “to see the wonderful news.