Zuming shares raised the price of some drinks

Yum China announced today that on November 3, Danny Tan informed the company that he planned to resign as chief supply chain officer. The board of directors of the company appointed Huang Duoduo as the chief supply chain officer of the company, effective from November 9, 2021. From November 9, 2021 to February 10, 2022, Chen Wenrui will serve as a senior adviser to Joey Wat, CEO of Yum China. Huang Duoduo, 49, has been the vice president of pizza hut since June 2018 and is responsible for regional operations. Prior to his transfer to pizza hut, he held several leadership positions at KFC, including general manager of Nanjing and Wuxi markets. (company announcement)

Haidilao, a chain hot-pot/" 22375 rel="nofollow" target="_self">hot pot brand, announced last week that it had decided to adjust the expansion scale of stores and planned to gradually close about 300 stores by the end of this year, but it showed that it would not lay off workers and would properly settle the employees affected by business adjustment within the group. It is worth noting that Haidilao seems to be closing more stores this time than the market expected. Credit Suisse previously expected that Haidilao would close 150 stores this year, doubling the actual range than expected. Haidilao’s share price soared by more than 10% to HK $23.45 this morning, closing up 4.75%. (Hong Kong Economic Daily)

On November 4, Howard Behar, former president of Starbucks Coffee International, shared his attitude towards Ruixing coffee, which is now a strong competitor in the domestic market, at the time Nobel prize China trip and the 6th enterprise innovation ecosystem conference. Behar said: “Ruixing cannot become Starbucks, and Starbucks will not become Ruixing. We should just keep our own characteristics and compete with each other, because no enterprise can occupy 100% of the market share.” (times weekly) 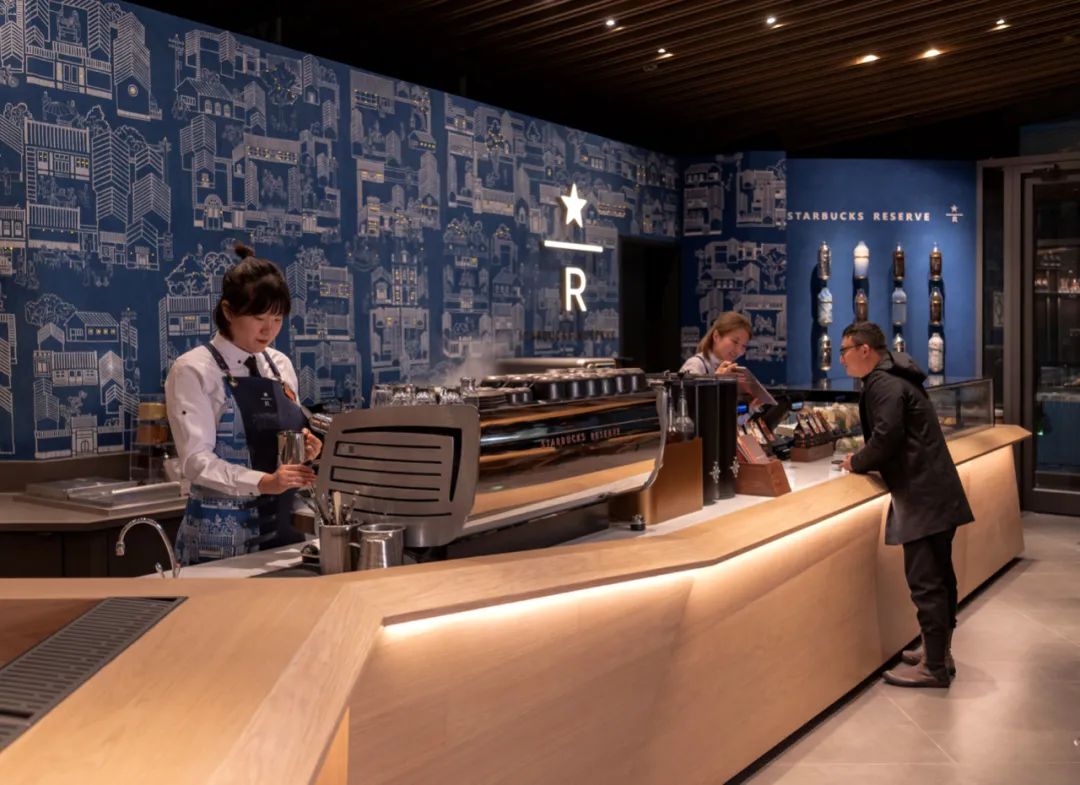 Upgrading of cooperation between Alibaba and Unilever

On November 6, during the fourth China International Import and export Expo, Alibaba and Unilever announced the upgrading of cooperation in sustainable development. The two sides will deepen innovation cooperation in the fields of green supply chain, green goods, green shelf and green digital marketing system, and jointly explore a new path of green, low-carbon and sustainable development. (Zhongxin Jingwei)

Yili appeared at the Expo with 6 products

During the fourth Expo, Yili and its Oceania Dairy Co., Ltd. made an appearance to present consumers with six products from New Zealand, including Jindian pure milk, Jinling guanruihu milk powder and Yili Pro global selection cream. It is reported that the six products exhibited by Yili this time come from its Oceania base. (issued by the company)

Mengniu has appeared in the Expo for four consecutive years

Mengniu has appeared at the Expo site for four consecutive times, and joined hands with Yashili international of New Zealand, Bellamy of Australia and Arla Arle of Denmark to present a luxury product lineup for exhibitors from all walks of life, highlighting the hard core strength of Mengniu, a leading Chinese dairy enterprise “gathering global resources”. So far, Mengniu has established overseas production bases in New Zealand, Indonesia and Australia, with a total of 68 factories worldwide and a total annual production capacity of more than 10 million tons. (issued by the company)

Yum China Holdings Co., Ltd. has become one of the catering guarantee service providers of the Expo for the fourth consecutive year with its strict standards in food safety and perfect logistics system. Six brands of Yum China, including KFC and pizza hut, settled in the exhibition, and also brought packaging retail products into the Expo for the first time, serving guests and conquering consumers’ taste buds in a flexible and innovative mode. (issued by the company)

It is reported that during the fourth China International Fair, JBS, the world’s largest meat supplier from Spain, signed a strategic cooperation with HEMA to provide HEMA with 200 million yuan of imported grain fed beef from the United States. The two sides innovated the cooperation mode so that beef can come to the Chinese market faster and at a lower price. （36Kr）

On November 6, Hongqiao International Economic Forum was grandly held in Shanghai. Roberto azev ê do, executive vice president and chief group affairs officer of PepsiCo and chairman of PepsiCo foundation, attended the parallel forum of “green development and new pattern of global economy and trade in the context of climate change” and delivered a keynote speech. This is the first time PepsiCo has participated in Hongqiao forum. (issued by the company)

A Huatian brings new products to the Expo

COFCO doubled the signing amount of the Expo

At the Expo on November 4, the German BEBA (BEBA) super high-end milk powder brand famous for technological innovation of Nestle Company made a high-profile appearance with supreme series and new technology on behalf of supreme liquid milk. As a brand of Nestle, BEBA entered the Chinese market in the mode of cross-border e-commerce in 2018. (issued by the company)

A2 milk company, a pioneer of type A2 protein and a New Zealand dairy enterprise, joined hands with China Agricultural Reclamation holdings Shanghai Co., Ltd., a strategic partner, to appear at this Expo. A2 milk company is the only dairy company in the world that only focuses on type A2 protein, and has more than 60 patents related to type A2 protein worldwide. (issued by the company)

General mills, a food company, took the whole brand matrix of China – Blue Buffalo, H ä agen Dazs and Wanchai ferry to the food and agricultural products exhibition area of the Expo for the first time, bringing consumers a variety of products lineup such as natural pet food, creative cake ice cream and black technology hand-made fried dumplings that meet the requirements of American affco. (issued by the company)

Novozymes appeared at the Expo

At the 4th China International Trade Fair, novozyme, a Danish leading enterprise in biological solutions, officially released a new enzyme product, glutaminase protana uboost, which is a biological enzyme solution that can be used to freshen condiments. Novozymes glutaminase protana uboost can significantly increase the content of glutamate in products, so as to improve the freshness and enrich the taste of products. (issued by the company)

Danish blue can cookies appeared in the Expo for four times

Danish blue can cookies made a heavy debut at the 4th China entry Expo, providing consumers with pure Danish cookies, as well as the creative delicacy of the collision between China and the West. In addition, Danish blue can cookies also renewed strategic cooperation agreements with partners such as JD and Shanghai Qinzhou Trading Co., Ltd. (issued by the company)

On November 6, according to SASAC, China grain storage group held a signing ceremony of the framework agreement on imported soybeans during the Expo. The oil company affiliated to COFCO Group signed contracts with ADM company, Bangui company, Cargill company, Louis Dafu group, ectp company, Syngenta plant protection (Switzerland) and other suppliers to purchase a total of 8.4 million tons of imported soybeans, with the total purchase amount increasing by about 20% over last year. (economic news agency)

Naixue’s tea launched “ice sugar gourd that can be drunk”

On November 5, Naixue’s new winter tea product “domineering cheese Hawthorn strawberry” was listed. With the new form of “drinkable ice sugar gourd”, it has become a hot winter drink. After three days on the market, it has become the top selling single product of Naixue tea. (issued by the company)

Feida novel coronavirus pneumonia Co., Ltd. has won the “Eleventh National Charity Award” model of the national Charity Award, which is praised by the Ministry of civil affairs. It commended its outstanding contribution to the fight against the new crown pneumonia epidemic in the field of charity. (new micro dairy)

Primo water reported that its net income in the third quarter was $551 million, an increase of 6%. However, the company’s adjusted EBITDA decreased by 4% to US $106 million from US $111 million in September last year. Primo Water Corporation, together with its integrated subsidiaries, is one of the largest beverage companies in the world, focusing on private label and OEM manufacturing. （FoodbevMedia）

Recently, Wal Mart launched a new service, Walmart golocal, which provides its own professional delivery services to various local enterprises. WAL-MART has launched more than 3000 stores and 160 thousand goods distribution and courier services for customers, covering nearly 70% of the US population. The existing distribution network (including UAVs, autopilot cars and tracking centers) is also expanding along with business growth. (National Post Office website)

According to the requirements of the announcement of the State Administration of market supervision on matters related to the formula registration of infant formula milk powder products (No. 10 of 2021), overseas applicants apply for registration (including change and continuation) according to the new national standard. If there is no change in the original power of attorney, they do not have to submit it again when submitting the new administrative license, However, the applicant shall issue a letter of commitment with no change in relevant contents. (food evaluation center of State Administration of market supervision and Administration)

Is meituan hungry? Take out provides winter subsidies for riders

Recently, meituan takeout announced that it would provide 1.6 billion yuan of winter subsidies for riders across the country and 1 million cold proof materials for riders in 153 cold cities across the country. Hungry? Also increased winter subsidies. Hungry? The relevant person in charge said that in case of special weather, hungry will cancel overtime, poor evaluation and other assessments. If the weather in some areas is extremely bad and hungry, the distribution service in this area will be shut down to ensure the driving safety of knights. (Beijing business daily)