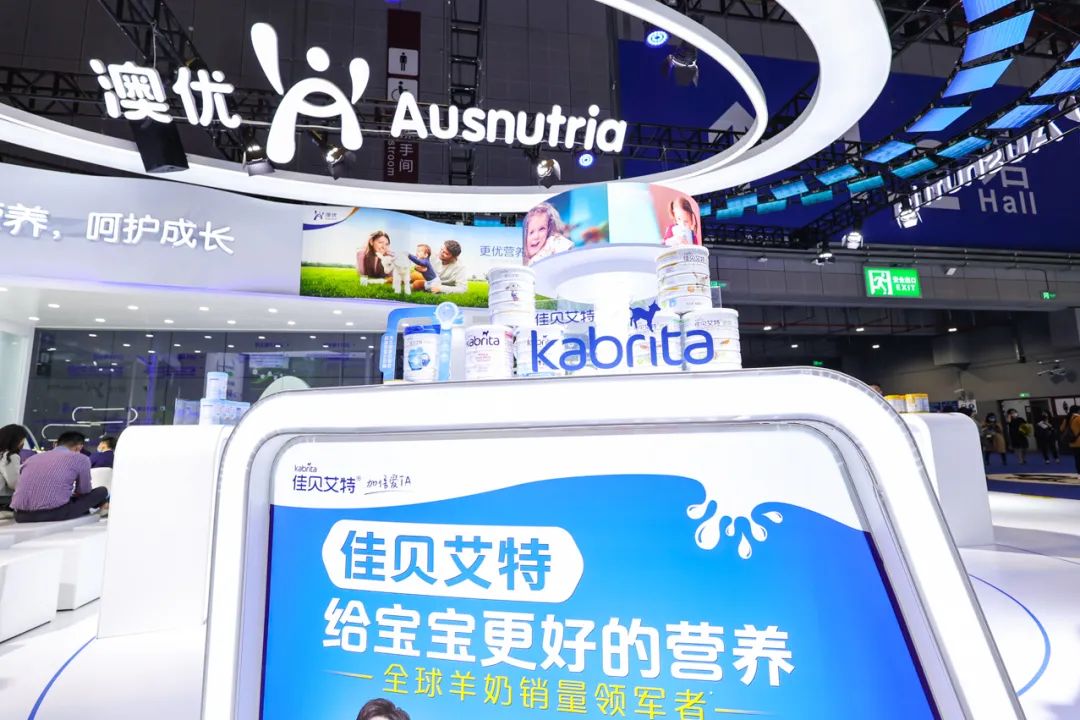 With the popularization of the concept of eugenics and scientific parenting, the new generation of parents have more detailed demands on the efficacy of baby milk powder while pursuing better nutrition. According to iResearch’s 2021 Research Report on the consumption trend of China’s mother and baby market, “better digestion and absorption” and “better development of baby intelligence” have ranked among the top 5 important efficacy demands of consumers buying milk powder.

Li Yimin, vice president of Aoyou China and general manager of jiabeiaite, said, “product power is the core competitiveness and channel power is the vitality. Jiabeiaite should strive to continue to become a brand with brand, service and profit. Bringing better nutrition to more Chinese families is jiabeiaite’s original intention to focus on goat milk for ten years.” she believed that, The new listing of Youzhuang Pro Huan will become another growth point of jiabeiaite’s business and realize symbiosis and win-win with channels.

The product is renewed and upgraded, and the fresh locking process ensures better nutrition

At the same time, with the continuous expansion of the industry and the increasing number of participating enterprises, the sheep milk powder market has gradually moved towards the era of differentiated demand. Consumers’ cognition of goat milk has changed from “problem solver” to “goat milk is a better nutritional choice for babies”.

Therefore, jiabeiaite Youzhuang series sheep milk powder has been upgraded to Youzhuang pro, highlighting its advantages in four aspects of “nutrition, process, milk source and brand”, so as to meet consumers’ needs for the richness and differentiation of nutritional functions of milk powder. 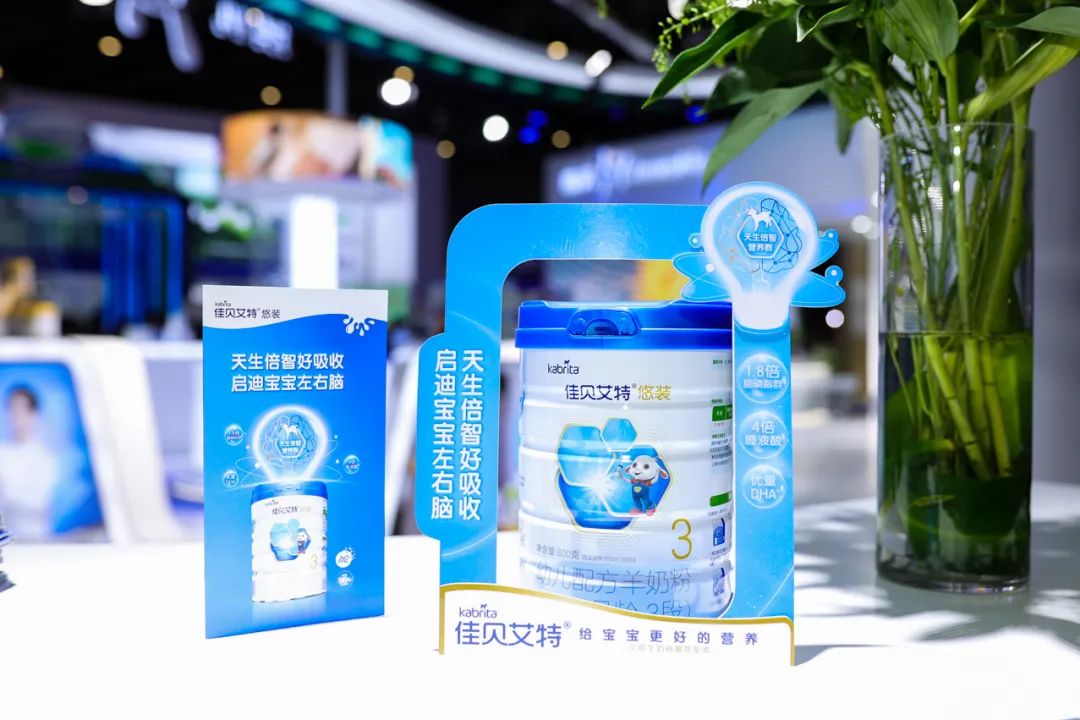 Xiaoshidai learned that the upgraded Youzhuang Pro not only has a brighter appearance, but also adopts the “fresh nutrition second lock process” in the production process to make the nutrition more fresh; At the same time, the milk source is also upgraded. The goat milk source with higher quality and nutrition from jiabeite’s own pasture in the Netherlands is selected, and the quality is better than the domestic and international double standards. In terms of formula, it not only has the natural advantages of sheep’s milk such as “small molecule and A2 protein”, but also adds the combination of “probiotics + prebiotics” to take better care of the baby’s intestines and better digestion and absorption. 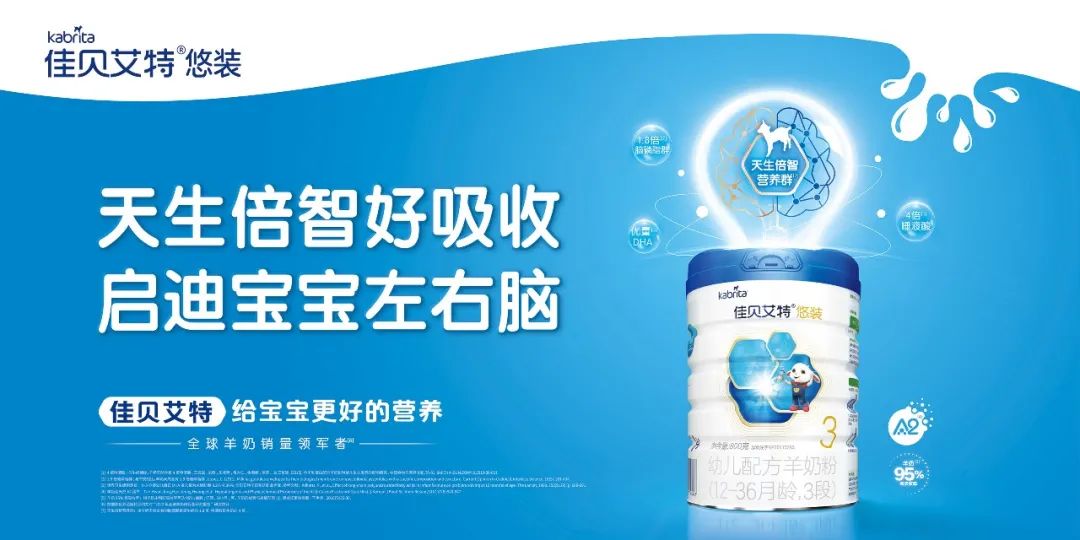 Relevant data show that mother and baby stores are the largest sales channel of sheep milk powder, accounting for more than 80% of the retail share. From the formula system to the new national standard, the infant powder market has surged in recent years. In the new competitive environment, if you want to win the stock market, “actively embrace the channel” is a big weight for jiabeiait, and with consumers as the center, constantly innovate and upgrade products. Super product power is a powerful guarantee for co-existence and win-win with the channel.

As a brand accounting for more than 60% of China’s total import of infant formula sheep milk powder for three consecutive years, jiabeiaite has multiple product lines such as Yuebai, Youzhuang and Yingjia, covering children, mothers and other different groups. The new launch of Youzhuang Pro Series sheep milk powder is another high-end sheep milk powder to be built by jiabeiaite. It is expected to form a product combination fist with the star single product “Yuebai” of the current ultra-high-end series to meet the needs of consumers at different consumption levels, so as to help channel stores expand the volume of sheep milk business and realize the business efficiency of “1 + 1 > 2”.

This year is the tenth year for jiabeiaite to enter the Chinese market. At the “2021 dealer conference” held in May this year, the brand announced the launch of a new brand strategy and put forward the goal of “impacting the annual revenue of 10 billion in the next decade”.

At that time, the relevant person in charge of jiabeiaite disclosed at the meeting that, as a supporting resource for the brand, jiabeiaite plans to continue to promote the construction of base material powder tower in the Netherlands, and will accelerate its efforts in scientific research and production capacity by relying on scientific research platforms such as Jiangnan University · jiabeiaite sheep milk Research Institute and the advantages of Aoyou’s global “1 + 6 + n” independent R & D system.

In addition, Li Yimin also disclosed at the company’s first quarter performance teleconference that jiabeiaite plans to launch new products such as organic goat milk powder and liquid goat milk at the end of this year or the first quarter of next year. It is not difficult to predict that in the future, jiabeiaite’s product line will be more rich and perfect, which is expected to meet the needs of more families.

According to the latest financial report of Aoyou, the sales of its own brand formula sheep milk powder in the first half of this year was 1.688 billion yuan, a year-on-year increase of 2%. During the reporting period, the recovery of sheep milk powder business accelerated, and jiabeiaite’s revenue in China increased by 17.8% year-on-year in the second quarter. Aoyou believes that the continuous growth of its own brand formula business is due to the group’s rapid and active adjustment of strategies to cope with market changes, as well as its adherence to embrace the mother and baby store channel and empower the channel with high-frequency and high-quality consumer interaction, which has promoted the steady growth of sales points.

Xiaoshidai learned from the company that with the official announcement of Youzhuang Pro Huan’s new listing, jiabeiaite will hold a press conference with the theme of “starting from Youzhuang and increasing the future” in major cities across the country. In terms of investment promotion strategy, the “three strong channels” with strong professionalism, strong promotion and strong business strength will be preferred to build Youzhuang Pro into another single product.

At the same time, jiabeiaite will also continue to promote, improve the channel sales strategy, and further promote the online and offline marketing linkage. It will not only carry out store promotion and build a “Blue Ocean action” for the listing of Youzhuang pro, but also realize the word-of-mouth communication of products through diversified forms such as circle of friends drainage, authoritative media reports, expert platform endorsement, online celebrities planting grass and so on.

Earlier, the group also announced that “Yili took over CITIC agricultural industry fund as the single largest shareholder of Aoyou”. Yan Weibin, chairman of Aoyou, believes that the introduction of strategic investors such as Yili is not only the synergy of the industrial chain, but also the empowerment of management and strategy, which will have a positive impact on Aoyou’s impact on the top three industries and accelerating the pace of globalization in the future.

It is not difficult to foresee that with the strong support of dairy giants, Aoyou is expected to usher in a new round of development.