Nestle has found more “new ammunition” for itself in the highly competitive Chinese infant nutrition market. During the Expo this year, Nestle exhibited a variety of new products from cross-border channels, including enkel series of infant nutritional supplements and Nestle mother g stable powder product to help regulate blood glucose during pregnancy.

In addition, Nestle Health Sciences also exhibited its vitaflo brand focusing on clinical nutrition of rare diseases and congenital metabolic diseases for the first time. This series of products will also enter the Chinese market through cross-border channels.

In recent years, Nestle has introduced a variety of infant formula to the Chinese market through cross-border channels, including nenneng full care series containing five kinds of breast milk oligosaccharides, Chaoqi Neng, and grain, fruit and yogurt supplement for infants with milk protein allergy and lactose intolerance. It is worth noting that there are a variety of nutritional supplement products. 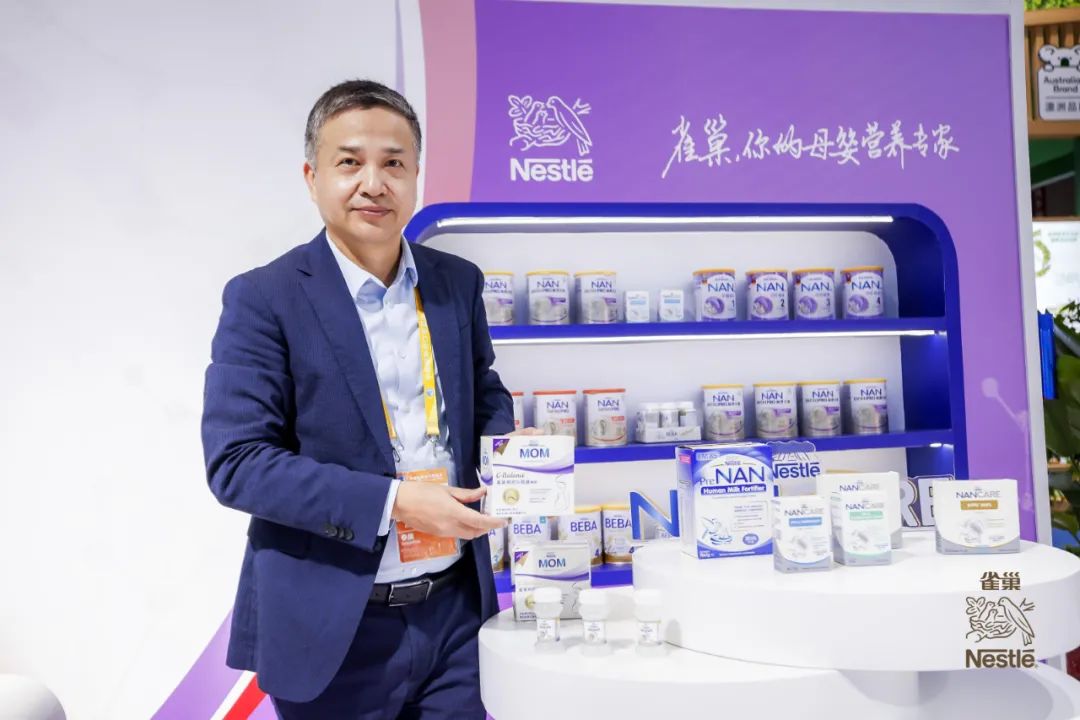 For example, Nestle’s newly introduced Nestle mother g Wenshi powder is also based on its insight into the Chinese market, he said. 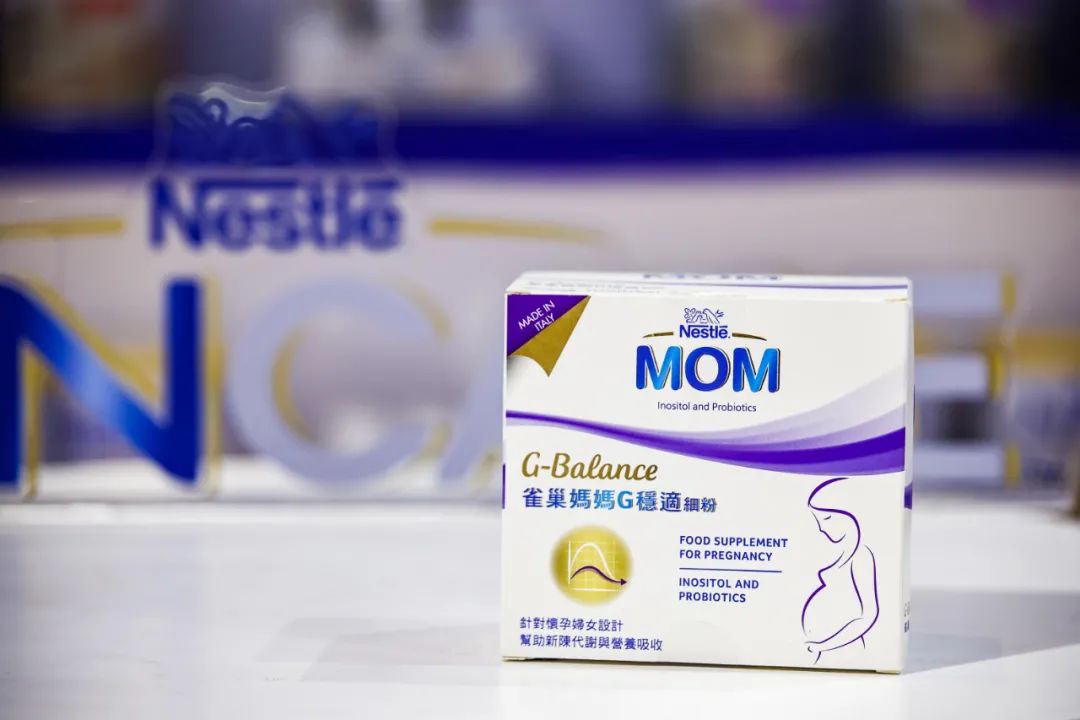 It is understood that Nestle has also introduced breast milk nutritional supplements and other special medical foods for premature / low birth weight infants through cross-border channels. In the scientific research link, the company is also starting to study how to deal with and slow down the special needs of pregnancy and childbirth through nutritional supplement, such as postpartum depression, breast milk secretion and so on. 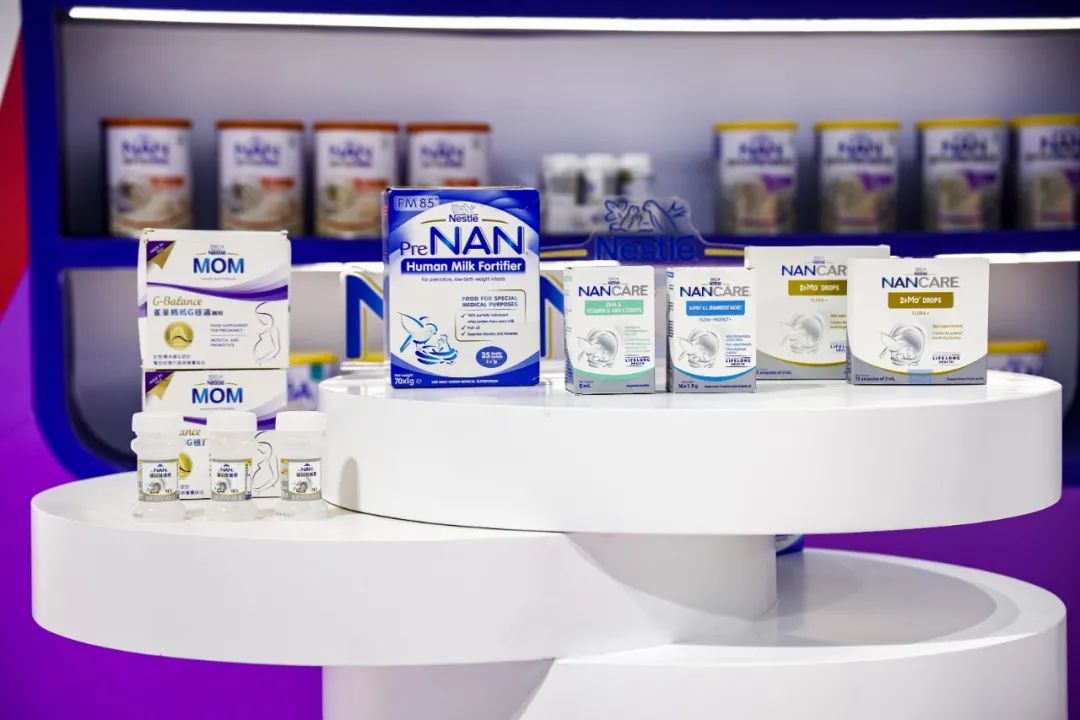 “In the future, we will integrate global scientific research resources and provide nutritional solutions in combination with the actual needs of Chinese mothers and infants,” Yang Yantao said.

In order to better study and understand the Chinese market, Nestle has also carried out a series of research projects in China over the past years. “Nestle’s research mainly focuses on three aspects: basic scientific concepts, nutritional solutions and product efficacy,” Yang Yantao said.

According to the data, Nestle China has started the research since 2011. The project is jointly participated by Peking University, Nestle R & D center and Nestle Academy of nutritional sciences. It is an earlier survey covering the dietary patterns and nutritional status of relevant people in the first 1000 days of life in China. It is also the first analysis and Research on large samples of breast milk components in China. 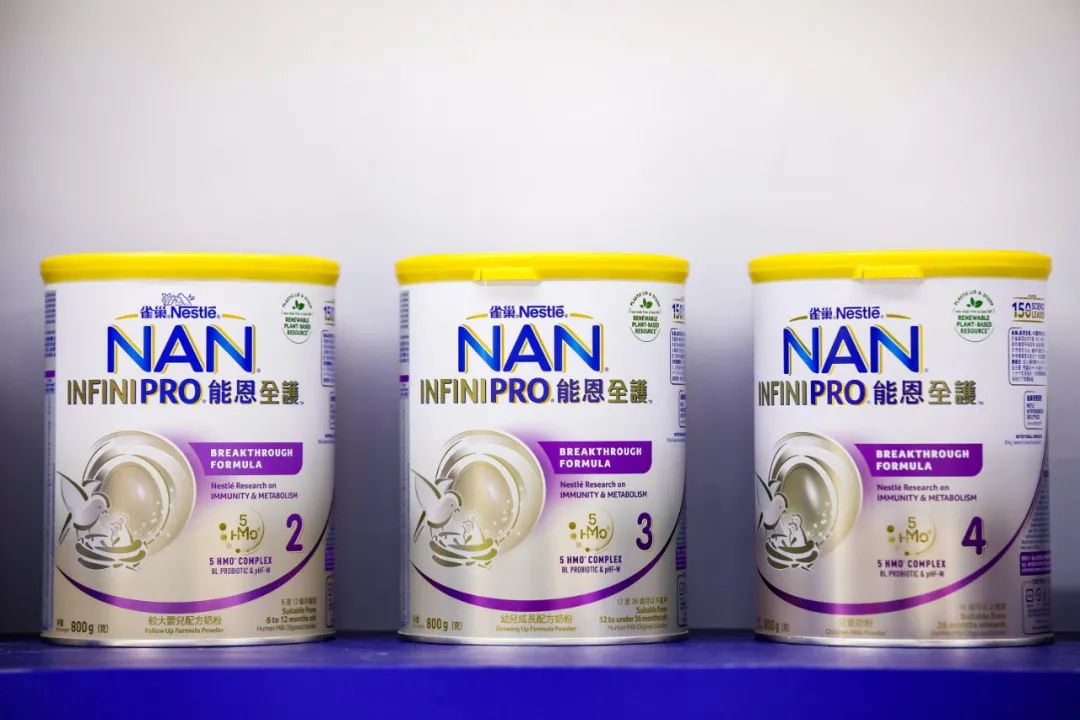 Yang Yantao revealed that Nestle is planning to carry out “Ming research 2.0” to further pay attention to the composition of breast milk of infants in special health conditions, such as cesarean section mothers, on the basis of the original research results. At the same time, Nestle has also cooperated with relevant research institutions in China to carry out a study on the mother infant cohort of the development of intestinal flora in early life, hoping to observe the impact of intestinal flora on children’s health in early life and provide more scientific basis for the research and development of relevant product formulas in the future.

In addition to introducing the latest formula products to China through cross-border channels, Nestle also accelerated the registration of infant nutrition and special formula products in China.

“Our regulations and product R & D team are working hard to promote the work related to registration.” he also revealed that several Nestle products are in the process of registration approval or submission for registration, including upgraded products for the release of the new national standard for infant matching. 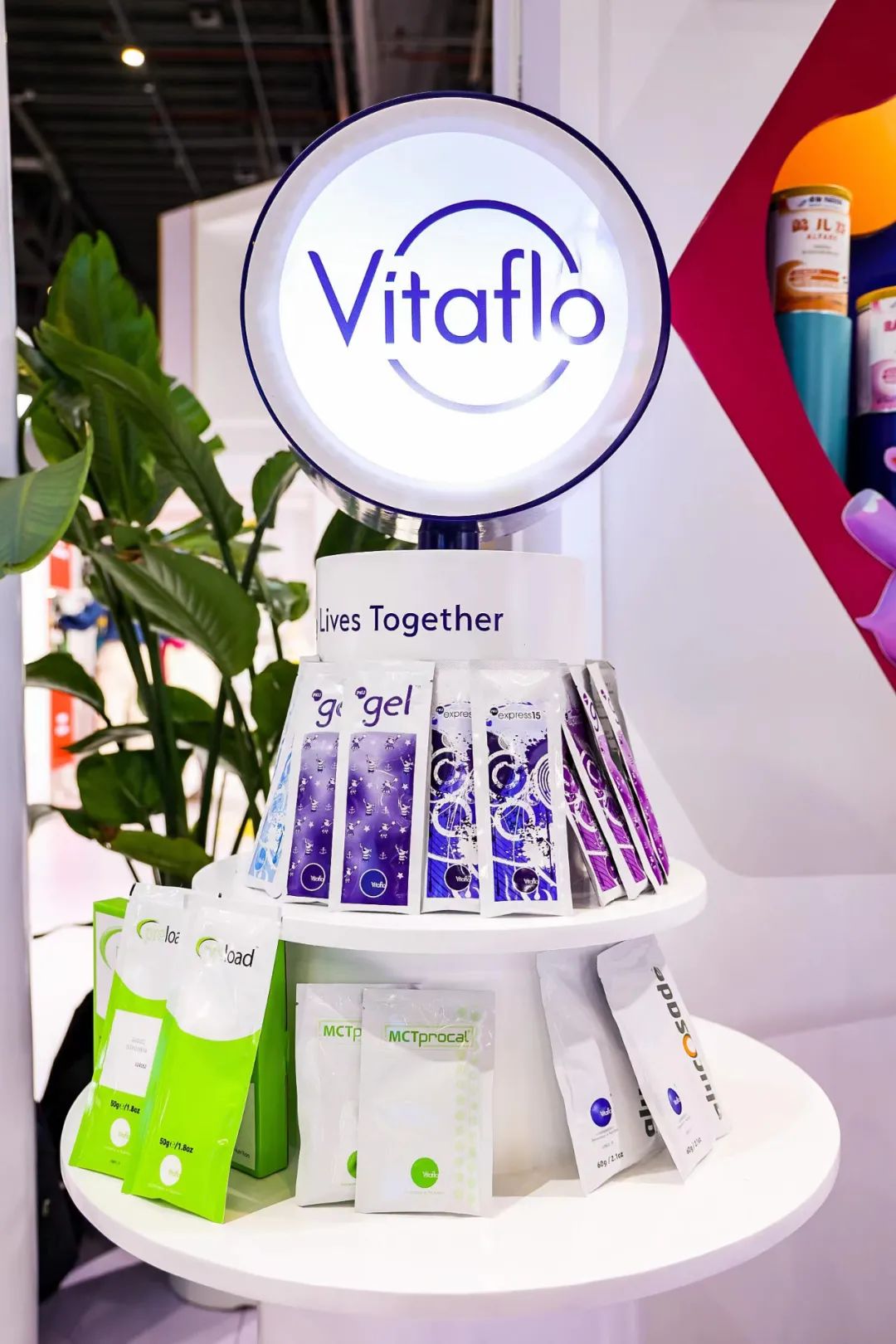 The person in charge of Nestle health science also disclosed to the snack generation that the vitaflo related products introduced during the Expo are temporarily sold only in Nestle Health Science Jingdong overseas flagship store through cross-border e-commerce channels.

Gu Xinxin, President of Nestle Health Sciences Greater China, said that although the market audience of special medical formulas for rare diseases and congenital metabolic diseases is very small, the company still hopes to provide safe and effective treatment solutions for patients. “In the field of related treatment, vitaflo has professional doctor and patient education resources, which provides strong support for doctors and patients around the world. In the future, we will introduce more innovative vitaflo products into China,” Gu Xinxin said. 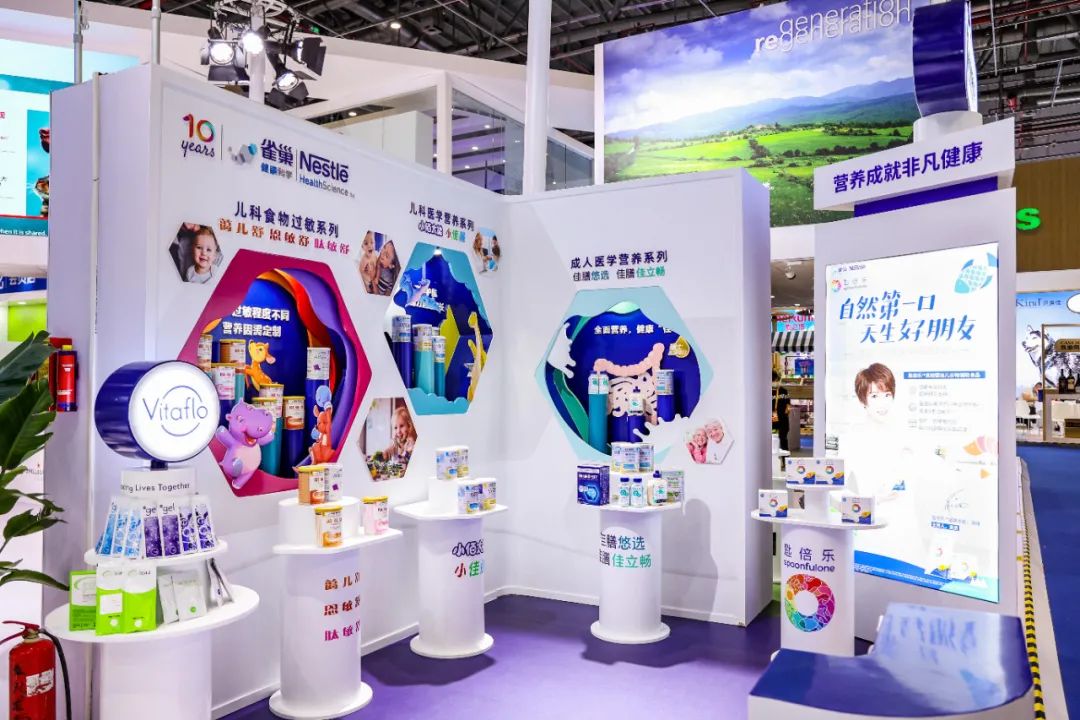 She also mentioned that in recent years, Nestle health science has continuously expanded and improved its structure and territory in the field of dietary supplements, and successively launched a series of products such as whole food organic brand life garden, high-end low sensitivity brand pure supplements, American collagen brand vital proteins and so on. This year, it also completed the acquisition of the core brands of the bountiful company, a world-renowned manufacturer of nutritional supplements, and has reached an acquisition agreement with nuun, a leading functional sports beverage brand.

Gu Xinxin also said that in the future, in the Chinese market, in addition to consolidating the current product advantages in the intestinal field, the company will also pay attention to the introduction of joint, brain, eye, hair and skin products.