Yum China, happy bee and RBI were accused of considering bidding for Wagas

According to market news, yum China Holdings, Jollibee food, a Philippine food brand, and RBI, the parent company of Burger King and Tim Hortons coffee, are considering bidding for food and baking chain Wagas. In addition, some private equity also expressed interest in bidding. This year, Wagas is expected to achieve sales of RMB 1.2 billion, and its owners are seeking a valuation of US $800 million to US $1 billion. The news also indicates that buyers will appear as soon as the end of this year, and the transaction is expected to be completed next year. (Bloomberg) 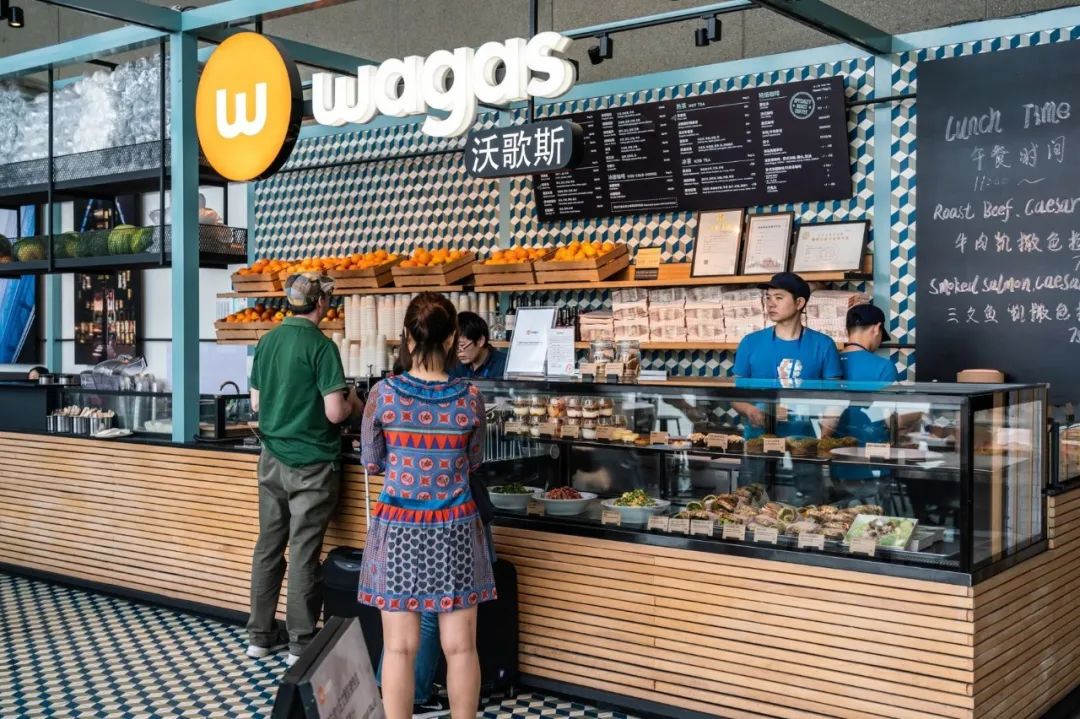 According to market news, Weilong delicious, a manufacturer of spicy snacks, will go to the Hong Kong Stock Exchange recently to seek approval for listing. It was reported earlier that the company planned to raise US $1 billion (equivalent to about HK $7.8 billion), with Morgan Stanley, CICC and UBS as co sponsors. (Reuters)

Yesterday, the foundation laying ceremony of Dongpeng beverage central China regional headquarters and Changsha production base project was held in Changsha. The project is the eighth production base of Dongpeng beverage in China, marking the acceleration of Dongpeng’s national strategic layout. It is reported that the project covers an area of about 120 mu, with a total investment of 600 million yuan. It integrates the office, production, sales and logistics distribution of Dongpeng central China regional headquarters, and is equipped with 6 automatic intelligent beverage production lines, mainly producing “Dongpeng special drinks” and other best-selling products. After the project is completed and put into operation, it is expected to achieve an annual output value of 1 billion yuan. (company news)

Free food group, an Australian dairy exporter, has participated in the Expo for four consecutive years. At the exhibition site, free food group cooperated with New Zealand again and will negotiate more in-depth cooperation policies, including more different forms of dairy products and the strategic layout of the production line. The contract amount reached US $20 million. It is understood that at the site of the fourth China International Fair, free food group also signed cooperation intentions with Jingdong, Huizhong, Minmetals Group, Shanggang, Yonghui and other enterprises, with a total amount of more than 59 million US dollars. (company news)

On November 9, Yang Lijuan, executive director and deputy CEO of Haidilao, received an exclusive interview with Caijing. She said that many of the 300 stores announced to be closed this time were newly opened in 2020 and 2021. This shows that Haidilao misjudged the recovery speed after the epidemic. “Our vision is to live on.” Yang Lijuan said, “it looks like a great difficulty today. Maybe it won’t be a difficulty in five years.” (Finance and Economics)

New mask sales within the business scope of Xi tea

On November 10, tianyancha app showed that Liuzhou Dehua Food Co., Ltd., a related company of haohuan snail, added an administrative penalty. The reason for the penalty was that the employees of the unit did not hold the corresponding special operation qualification to engage in electrical operation, which violated the provisions of paragraph 1 of Article 27 of the work safety law; The unit failed to make safety technical disclosure to the on-site operators in accordance with the regulations, and failed to inform the dangerous factors, preventive measures and accident emergency measures in the workplace and post, which violated the provisions of Article 41 of the work safety law. In conclusion, Yufeng District Emergency Management Bureau of Liuzhou City imposed a combined fine of 70000 yuan on the unit. (Beijing business daily)

On November 8, meituan shopping signed a strategic cooperation agreement with Mengniu, announcing that it would conduct in-depth cooperation in the field of fresh milk supply chain and Internet retail. In addition to jointly building the exclusive pasture of “meituan buying vegetables”, the two sides will also carry out comprehensive cooperation in new product development, Internet brand marketing and fresh milk product circulation and upgrading. (New Express)

Today, Ketuo biology said on the investor interaction platform that the company transferred a probiotic to Mengniu Dairy in the third quarter, and the raw material bacterial powder of the probiotic is still produced by the company. Mengniu Dairy is expected to continue to purchase from the company. (Daily Economic News)

The digital group meal platform “American meal” announced that it had completed a round e financing of US $100 million. This round was invested by Dazheng capital and index capital served as the exclusive financial adviser. This round of financing will be mainly used for product R & D investment, overseas market business promotion, supply chain system optimization and organizational capacity improvement. (36 krypton) 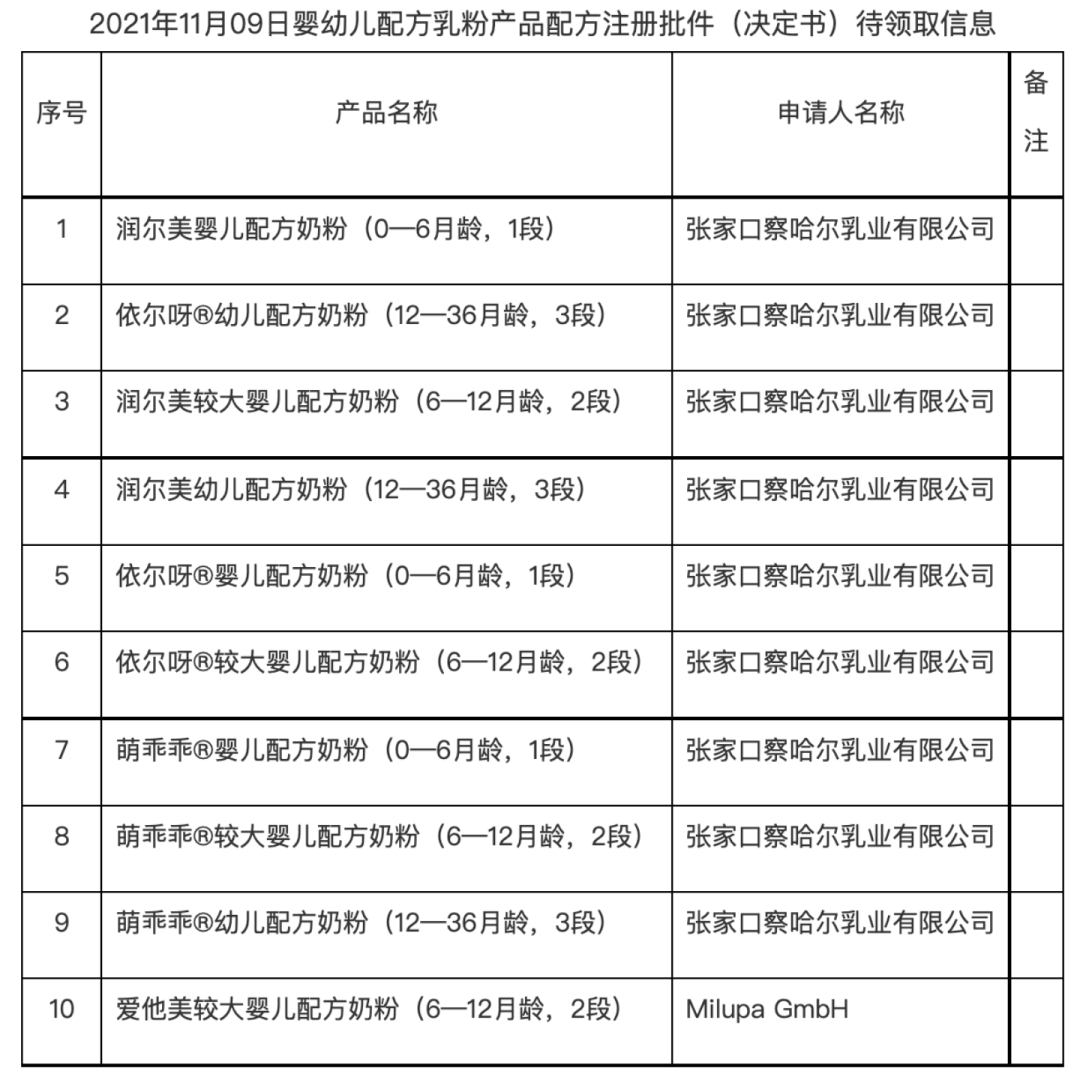 Yesterday, doordash agreed to acquire wolt, a European food delivery company, in an all stock transaction of more than $8 billion. The deal marks the latest merger in the highly competitive catering industry. During the health crisis, the income of the catering industry soared, but it was difficult to make a profit. Last year, grubhub agreed to merge with just east takeaway in Europe, and Uber acquired smaller competitor postmates. (Wall Street Journal)

Mars chocolate bars will be certified as carbon neutral in 2023

Recently, Mars has promised that all Mars chocolate bars sold in the UK, Ireland and Canada will obtain carbon neutral certification by 2023.   Mars announced that its Mars chocolate bar will reduce its carbon footprint in these countries by more than 20%. The company plans to use satellite data for geographical mapping of cocoa farms and accelerate cooperation with suppliers to produce dairy products more sustainably. （Foodbev）

Recently, Arla Foods announced a five-year strategy to improve the sustainability of its dairy production and develop its business responsibly. Arla said that in the next five years, it is ready to increase its investment in sustainability, product innovation, capacity expansion and digitization by more than 40% to more than 4 billion euros. The company also announced a new retention policy and allocated more than € 1 billion in higher compensation in the next strategic period to support its farmers’ owners in fulfilling their sustainable development mission. In the overall business, Arla raised the target to reduce greenhouse gas emissions by 63% by 2030. （Foodbev）

The fourth China International Fair ended with an intended turnover of US $70.72 billion

According to the data released by China International Import Expo on Sunday, the total amount of food imported by China from Australia in 2020 was US $7.1 billion (a $9.6 billion), a decrease of 8.3% compared with 2019. This means that Australia has dropped from second to fourth in the list of food exporters to China. (Aohua Finance Online)

Today, the alumni office of Nanchang University issued a note on Li Jiaqi’s alumni: Recently, we have paid attention to the online discussion about Li Jiaqi’s alumni. After verification, Li Jiaqi is a full-time undergraduate majoring in dance in Nanchang University in 2011. He has studied and lived in the school for nearly 4 years. He left the school ahead of schedule due to work reasons and graduated. (surging)

Suspected of privacy non-compliance, 12 apps such as Alibaba and Amazon shopping were notified

The National Computer Virus Emergency Response Center recently found that 12 e-commerce shopping mobile applications had privacy violations through Internet monitoring, violated the relevant provisions of the network security law and the personal information protection law, and were suspected of collecting personal information beyond the scope. As the “double 11” is approaching, experts remind everyone to improve personal protection awareness and avoid the disclosure of personal privacy information. (surging) 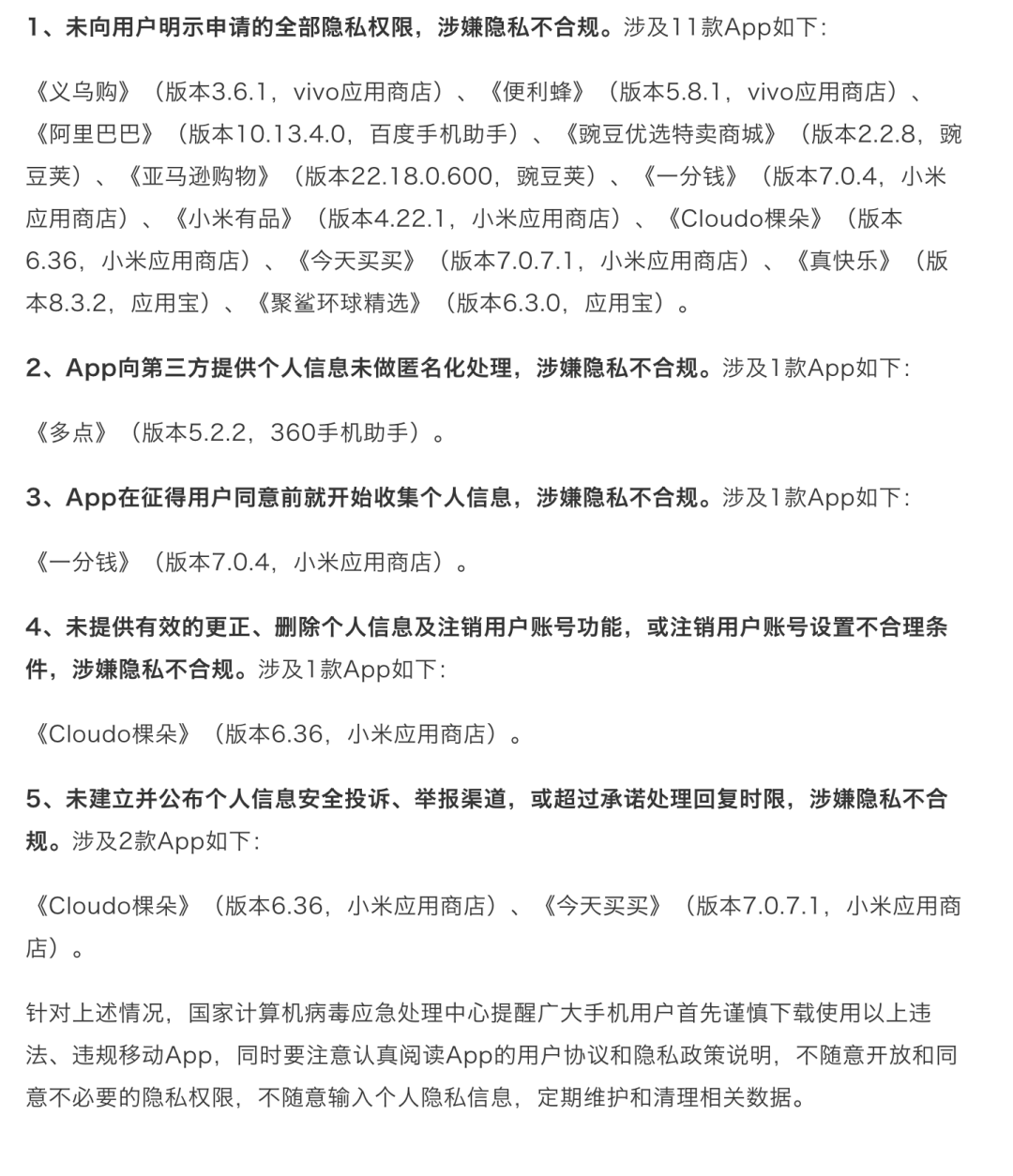