Yuanqi forest is accused of laying 100000 smart containers next year

It is reported that Yuanqi forest is alleged to have set up several teams to try the intelligent container project. The internal goal is to lay 100000 intelligent containers nationwide by the end of 2022. Each team needs to be responsible for its own profits and losses. (latepost later) 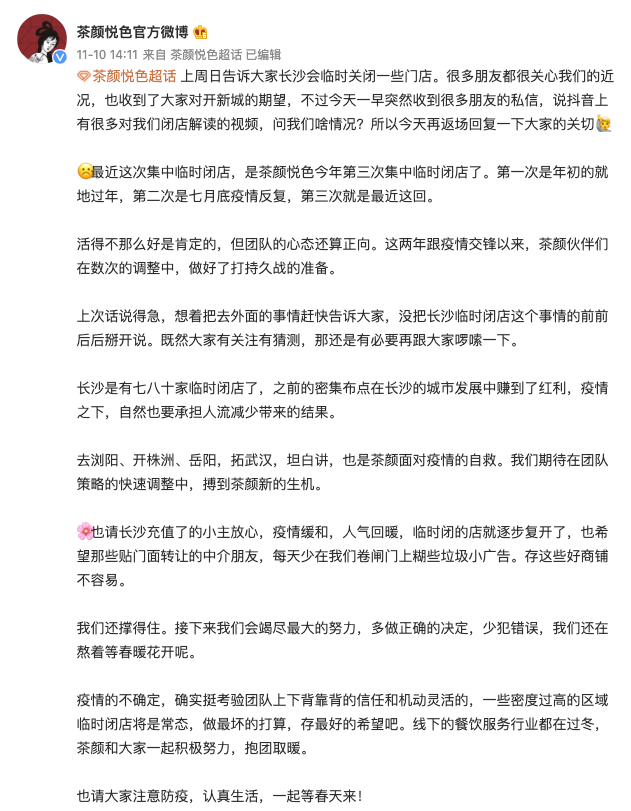 Announcement of Yum China’s acquisition of control of Hangzhou KFC

According to the website of Shanghai market supervision bureau, recently, TIMS China affiliated company Tianhao (China) Investment Co., Ltd. was fined 200000 yuan for false publicity. It is understood that on June 12, 2021 and July 1, 2021, Shanghai Huangpu District Market Supervision Bureau received complaints and reports from the national 12315 Internet platform, reflecting that “Tim Hortons flagship store” sold a coffee and claimed that it was sugar free. After purchase, it found that the carbohydrate content of the product was as high as 60.1g, which was considered not in line with the claim of sugar free in the national standard gb28050, It is required to investigate and deal with the party Tianhao (China) Investment Co., Ltd. and claim compensation. It was found that the carbohydrate (sugar) content of the above doughnut freeze-dried coffee powder sold by the party in “Tim Hortons flagship store” did not meet the requirement of claiming “no sugar”. (China Finance)

Some milk powder enterprises said they had no price adjustment plan

Yesterday, halo foodco. Ltd disclosed to the market that its New Zealand subsidiary keynote enterprises and New Zealand cloud (Shanghai) e-commerce Co., Ltd., which is invested and held by Alibaba group, signed a memorandum of understanding (MOU) on strategic cooperation with a total value of US $40 million. The two sides intend to jointly develop and produce milk powder products in China. (Aohua Finance Online)

Two new products will be launched on Sunday

On November 9, the plant meat brand took a number of new products to FHC (Shanghai Global Food Exhibition) on Sunday. During the period, the company launched two new products, one is the plant based pastrami product launched for the medium and high-end b-end market, and the other is the “smile shake Cup” of high protein happy snack for the C-end market. (issued by the company) 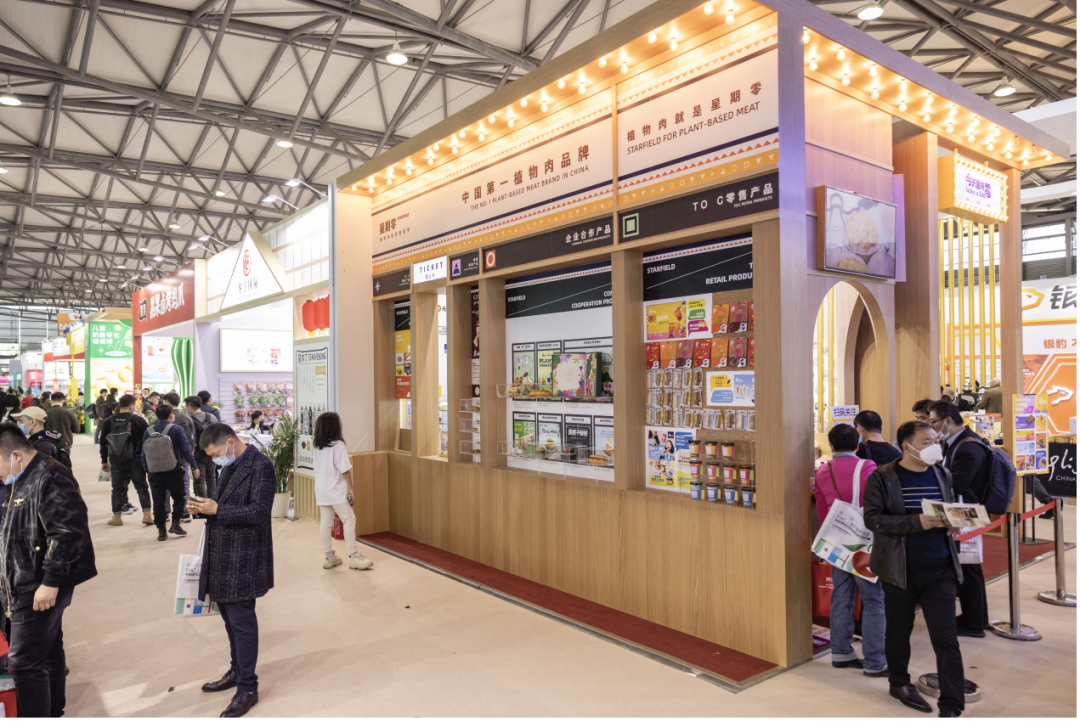 Today, Yuanqi forest released a new flavor of fiber tea – sugar free mulberry leaf tea. It is said that “each bottle of fiber tea contains 7.5 grams of mulberry leaf extract, 0 sugar, 0 calorie, 0 fat and no caffeine”. (issued by the company)

Yesterday, Danone’s plant-based brand alpro announced its latest investment in Kaitlin plant in the UK, including a new high-speed production facility costing £ 17 million, advanced cogeneration device and water treatment plant. The new facility will increase the production capacity to 300 million litres of plant drinks per year and is expected to increase to 400 million litres in 2022. The new investment is part of its £ 41m investment plan to increase capacity and enhance its sustainability certification. （Built Environment Networking）

Informed sources said that neither tmall nor JD will release real-time data this year. JD will release the overall data on the day of double 11, while tmall is not sure whether it will disclose the final transaction volume. (surging)

It takes only 7 minutes for JD to complete the first order of hourly purchase and delivery on the peak day of 11.11

Seven minutes after Jingdong opened on the peak day of 11.11, Jingdong hourly purchase completed its first delivery order. Jingdong hourly purchase is a unified real-time retail brand officially launched by Jingdong and dada group before 11.11. Corresponding to the mode of “online order, store delivery, hourly or even minute delivery”, it integrates all the real-time retail capabilities that can provide commodity hourly services in Jingdong ecological domain, and is fully undertaken by dada group. (issued by the company)

According to the latest data of lazada, an e-commerce platform in Southeast Asia, the sales in the first hour of November 11 in Singapore increased by 10 times compared with the average day, and the sales in Vietnam doubled year-on-year. This year, about 800000 brands and businesses participated in lazada’s 11.11 promotion, which doubled year-on-year. In addition, shopee, a cross-border e-commerce provider in Southeast Asia, released the data for the first two hours of double 11: 11 million goods were sold in the first five minutes, and the platform traffic rose to 5.5 times in the first two hours. (36kr, interface)

Russian dairy said it would continue to cooperate with China

Gubina, the representative of Russia’s dmitrov Dairy Co., Ltd. in China, said that the epidemic has increased the difficulty of commercial logistics and planning business development, but even so, the company still intends to make its products cover China as much as possible and continue to let Chinese consumers know about high-quality Russian food. Dmitrov Dairy Co., Ltd. also appeared in this Expo (Russian satellite news agency)

Recently, the trademark process of “old red book” for scientific instruments applied for registration by xiaohongshu Technology Co., Ltd. has been changed to “reject review”. The trademark application was made on June 8, 2021, and the application progress of “old red book” for communication services has been updated to “preliminary review announcement”. In this regard, xiaohongshu responded that this was due to a third party trying to rush to register multiple “old Hongshu” trademarks and is currently initiating a review. （36Kr）