Recently, according to the information of the national enterprise credit information publicity system, Shenzhen Haolin catering Co., Ltd., an affiliated company of the new tea brand “yecuishan”, underwent industrial and commercial changes, with Nie Yunchen as the chairman and Xi tea (Shenzhen) Enterprise Management Co., Ltd. as the shareholder. At the same time, the registered capital of the company increased to about 345300 yuan. Founded in Shenzhen in 2019, yecuishan is a brand of natural high-quality fresh fruit juice. At present, it has more than 30 stores. (issued by caijing.com and the company)

A few days ago, Tang Binsen, founder of Yuanqi forest, told “later”: “Baijiu, beer, and energy are also being worked out. The boundaries are still not clear. The wine should not be too anxious. You see, the last China’s consumer goods are state-owned enterprises, because we are slow. We recently invested in a British children’s food company and bought an Australian oat milk. Our idea is to serve the global market best in the world.”

Wangwang was accused of raising retail prices from December

According to market information quoted by Sina Technology recently, Wangwang sent a terminal price adjustment notice to dealers. The notice shows that with the rise of market raw materials, transportation costs and labor costs, Wangwang decided to adjust the retail prices of dozens of products, including Wangzai milk, snow cake and Xianbei, from December 1, 2021. (Sina Technology)

On the evening of November 12, Chen Keming Food Co., Ltd. announced that in view of the continuous rise in the costs of flour, packaging materials and transportation, in order to better provide high-quality products and services to dealers and consumers and promote the sustainable development of the market and industry, after research and careful consideration, the company decided to increase the price of various series of products of the company, and the new price will be implemented from December 1, 2021 Qualification policy. (China Securities Network)

Beijing Huiyuan Beverage and food has no property to execute

Beinmei said on the investor interaction platform on November 12 that the company has participated in Guangxi mumi Beibei obstetrics and Gynecology Hospital Co., Ltd., which will carry out maternal and child health care related business in the future. (Daily Economic News)

According to tmall’s official disclosure, in the water beverage industry, whether from November 1 to 0:00 on November 12 or on November 11, the cumulative sales of tmall Nongfu mountain spring flagship store is the first among all water drinks, and Gmv has more than doubled year-on-year. At the same time, according to the statistics of the third-party full platform, Nongfu mountain spring Gmv has topped the list for five consecutive years. (nanzao.com)

This year’s double 11, the total sales volume of hot sauce brand Hubang exceeded 6.9 million cans, the overall sales volume was 160% in the same period last year, and the cumulative consumers of the whole platform exceeded 170000. In terms of products, the new meat chili sauce launched by Hubang in October was launched on tmall double 11 for the first time. As of 24:00 on the 11th, more than 100000 cans had been sold. Another hot selling item topped the list of Jingdong spicy sauce condiments for 8 days. (issued by the company) 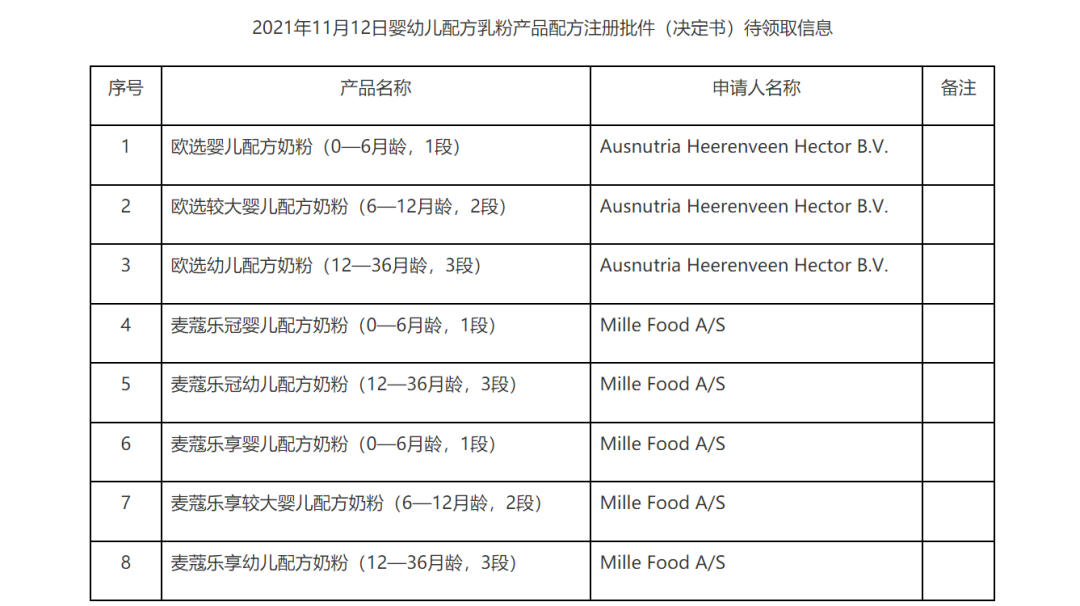 Japanese revolving sushi chain brand sushi Lang will open more branches in China and other Asian markets in the next three years. Sushi Lang’s first restaurant in mainland China opened in Guangzhou in September this year. It is expected to open 42 to 46 stores in mainland China within three years. Sushi Lang also plans to increase the number of stores in Hong Kong, Singapore, South Korea and Thailand. (interface Newsletter)

Maurizio brusadelli, executive vice president of Yizi and President of Asia Pacific, Middle East and Africa, said in an interview that Yizi’s e-commerce sales in Asia, Middle East and Africa increased by about 30% this year. In China, electricity supplier sales account for 20% of total sales, thanks to the partnership between tiktok and Alibaba group. These platforms can make the company’s products appear more frequently in the vision of consumers. (Bloomberg)

The website of Forbes magazine recently quoted business insider as saying that internal documents show that Amazon and Starbucks are negotiating to launch a joint brand coffee shop. It is reported that the two sides plan to establish a leisure style cafe to combine Amazon go, an unmanned convenience store of Amazon, with Starbucks coffee service. The internal code of the project is “Verde”. The project will run under a new brand, not under Amazon or Starbucks. (reference message)

The National Bureau of Statistics said that from the overall situation of industrial and service supply, the market supply is still relatively sufficient, and the consumer price index (CPI) does not have the basis for a sharp rise. In terms of consumption, the total retail sales of social consumer goods in October increased by 4.9% year-on-year, 0.5 percentage points faster than the previous month, and the market sales increased steadily. (china.com)

Today, Mars arrow China, dada group and Kaidu consulting jointly released the white paper on o2o leisure snacks. According to the white paper, the market scale of leisure snacks o2o exceeds 1 billion, the growth rate of online sales is 32%, and the customer unit price of JD home platform is about 51 yuan, both higher than offline. With its high growth rate and customer unit price, leisure snacks have become one of the important categories of o2o channel. (issued by the company)

High speed railway milk tea is online, with an average of 3000 cups sold per day

Recently, the Korean consumer Institute, a consumer protection agency in South Korea, tested 40 powdered foods sold on the Internet in South Korea. It was found that the content of metal foreign matter, i.e. iron powder, in 12 products exceeded the standard, up to 22 times the standard value. These products have not been found to be sold on China’s e-commerce platform, but they do not rule out flowing into the domestic market through other channels. (CCTV)

At 9:30 a.m. on the 15th, the Beijing stock exchange officially opened in Beijing Financial Street. The first batch of 81 listed companies of Beijing stock exchange made a collective appearance, reflecting the distinctive characteristics of innovative small and medium-sized enterprises. Different from the Shanghai and Shenzhen Stock Exchange, the Beijing stock exchange adheres to the market logic of “progressive layers”, and the listed companies come from the innovation layer of the new third board. More than 80% of the companies come from advanced manufacturing, modern service industry, high-tech service industry, strategic emerging industries and other fields, and 17 are specialized “little giant” enterprises. (Xinhua News Agency)

A survey released by the Hong Kong Trade Development Council on Monday found that most start-ups in Guangdong, Hong Kong and Macao are optimistic about their development prospects; More than 70% of the respondents expect their income to grow by more than 25% in the next three years, of which 18% even expect to more than double. (Reuters)

About Tencent and trembling tiktok talks about opening up

In November 11th tiktok received applications from Tencent’s creative service platform, hoping to access the tiktok open platform. Tencent said tiktok, a two hit video of a tiktok exclusive copyrighted works, can be sent to the jitter and added to the content of the jitter. In response to the Tencent application, the tiktok has also replied to the mail, and the two sides will soon push forward the details. Tiktok official account