Huang Liming takes over as chairman of Guangming dairy

On November 11, Qiao Baijun, general manager of CITIC agricultural industry fund, said: “we (at that time) As the largest shareholder of Aoyou, due to a responsible attitude, the equity transfer cannot go to the secondary market, so we need to find suitable investors to undertake. There were two considerations, one is financial capital, the other is industrial capital. Considering that the withdrawal of financial capital after holding for several years may be unfavorable to the development of Aoyou, we hope to choose products with strong synergy with Aoyou and recognize Aoyou Industry capital, contact with Yili is the most appropriate. “(Beijing News)

In November 5th, the WeChat official account of Ruixi coffee noodles was renamed “interesting Bayu”. 11833 however, some of the stores did not actually open. 36、）

In December, Suguo will open four Suguo marts in Jianhu, Huai’an, Hongze, Xuzhou and Jingjiang to quickly promote the plan of new brand exhibition stores. In the next five years, Suguo will focus on the construction of base areas, accelerate the layout of new outlets, open 600 new stores, and focus on hypermarkets and standard supermarkets. It is understood that Suguo mart is a brand-new brand created by China Resources Vanguard in 2019. In April this year, it opened its first store in Nanjing at yaohuamen Jindi square. (lianshang.com)

McDonald’s MAC coffee out of the “blind box”

From November 17, 2021 to January 11, 2022, when consumers buy any large cup of wheat coffee, they can get a protein cream at random. Protein creams are handmade, each different. The company said that seven manual “cute pet protein cream” were only given away but not sold, including two hidden versions. (Xiaoxiang Morning Post) 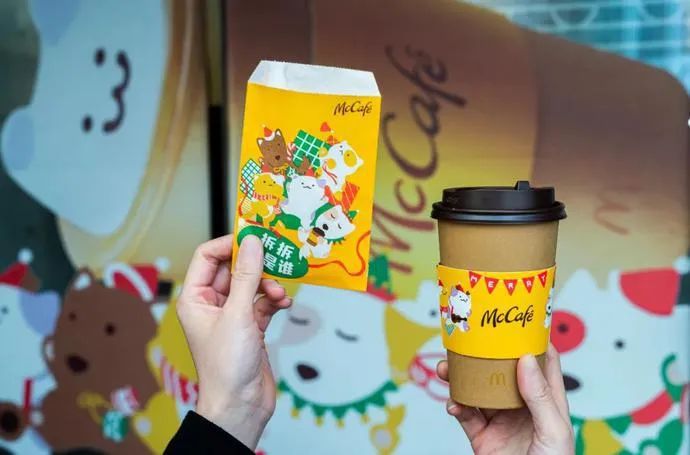 On the evening of November 15, dingdong shopping released the third quarter performance report. According to the financial report, Ding Dong’s revenue for buying vegetables in the quarter was 6.189 billion yuan, a significant increase of 111% over the same period last year; The net loss attributable to ordinary shareholders was RMB 2.011 billion, compared with a loss of RMB 827 million in the same period last year, an increase of 143% year-on-year. In the third quarter, dingdong’s Gmv for buying vegetables was 7.02 billion yuan, with a year-on-year growth rate of 107.7%. In the Yangtze River Delta region with mature operation, Gmv grew by 64.8% year-on-year. (observer network)

Tianyancha app shows that Huang Xiaozhu, the instant porridge brand focusing on convenience and light nourishment, completed the pre-A + round of financing and was invested by Qingliu capital during double 11 in 2021. It is reported that Huang Xiaozhu is a convenient fresh food brand established in 2020. (Beijing business daily)

Recently, Itochu invested in Shanghai Weiming food, a large Chinese coffee enterprise. The investment amount is hundreds of millions of yen, and the investment proportion is not disclosed. The two sides will cooperate to develop China’s fast-growing coffee market. Itochu has established a trade network in coffee producing areas in more than 20 countries including central and South America to provide a stable supply of raw materials for Weiming food. Itochu is expected to become the second largest shareholder after the founder. (Nikkei)

Chris kempczinski, CEO of McDonald’s, met with community leaders across Chicago and Illinois on Tuesday. The face-to-face meeting was held at a church in the Southern District of Chicago, attended by more than 100 priests and community leaders. Kempczinski apologized for his previous comments (a few months ago, he commented on two minor shootings in Chicago) and talked about McDonald’s role in the local community and the opportunity to make a positive impact. (Bloomberg)

Yesterday, PepsiCo announced a new goal to help 50 million people obtain nutritious food by 2030, through its food for good food safety project and expand the provision of nutritional products. This new goal complements PepsiCo’s recently announced support for the “zero hunger private sector commitment”, which promises to provide $100 million for active agriculture and food security initiatives by 2030, including training farmers and helping to strengthen agricultural production, developing plans to increase crop production, and helping to ensure a more flexible food supply. (issued by the company)

Wal Mart’s net profit in the last quarter was $3.105 billion

Upgrading of management and control of infant “sheep milk powder”

Recently, the State Administration of Market Supervision issued the announcement on further standardizing the labeling of infant formula milk powder products (hereinafter referred to as the “announcement” or “new labeling regulations”). Many sheep milk powder enterprise bosses in Shaanxi can’t sit still. According to Wang Weimin, Deputy Secretary General of Shaanxi dairy safety production association, among the 45 infant formula sheep milk powder brands in Shaanxi, “half sheep” milk powder accounts for more than 60%, and the new labeling regulations have a great impact on the local sheep milk powder industry, “which is tantamount to secondary Entrepreneurship”. At present, the mainstream idea of enterprises is to turn “half sheep” into “whole sheep”, and some enterprises are also considering the transformation to liquid goat milk and goat cheese stick. (Beijing News)

The reporter learned from the Institute of tropical and subtropical cash crops of Yunnan Academy of Agricultural Sciences on the 17th that China’s first “National Coffee standardized regional service and promotion platform (nbfw-17-2021)” declared by the Institute was approved. With the continuous development of the coffee industry, Yunnan has become China’s largest coffee plantation, trade distribution center and export center, and its coffee bean output accounts for more than 98% of the country’s total output. (China News Agency)

Recently, the Key Laboratory of big data mining and knowledge management of the Chinese Academy of Sciences released the 2021 China sugar free beverage market trend insight report (hereinafter referred to as the “report”). The report points out that with the enhancement of public health awareness, the market scale of sugar free drinks will further maintain the growth momentum. It is expected to double in the next five years and increase to 22.74 billion yuan in 2025. In the sugar free bubble water field, which accounts for an important share, Yuanqi forest has become “the most popular brand among young consumers”. (Zhongxin Jingwei)

Baidu’s net loss in the third quarter was 16.559 billion yuan

Today, baidu released the third quarter financial report of 2021. According to the financial report, baidu achieved a total revenue of 31.921 billion yuan in the quarter, a year-on-year increase of 13%; The net loss was 16.559 billion yuan, the net profit in the same period of last year was 13.7 billion yuan, and the market expected net profit was 2.468 billion yuan. The net loss in the third quarter included a non cash, mark to market long-term investment loss of RMB 18.9 billion, which was caused by the quarterly fair value adjustment. (issued by the company)

The net loss of station B in the third quarter was about 2.677 billion yuan

In view of the price difference of Paris L’OREAL ampoule mask, Li Jiaqi Wei Ya issued a statement saying that it had negotiated with Paris L’OREAL brand side for several rounds, but has not yet reached an agreement on the incident. If the L’OREAL brand of Paris fails to give a reasonable solution after 24 hours, the compensation will be given to the studio. At present, Li jiaqiweiya has suspended cooperation with L’Oreal. (surging News)