Price increase of some products of Sanquan food

Sanquan food: the promotion policies of some quick-frozen rice flour products and quick-frozen surimi products are reduced or the distribution price is increased by 3% – 10%. (company announcement)

Fat brothers microblog issued a statement of apology: the store involved was closed

On November 18, Hangzhou Pang Ge Liang Catering Management Co., Ltd. apologized on the official microblog, saying that it apologized to consumers for the recent report of the market regulatory authorities on the punishment of the two stores involved in Beijing Pang Ge Liang. At the same time, it said that the stores involved had been closed and the relevant responsible persons had been severely punished. The statement also said that all stores of fat brothers (all over the country) have completed the reconstruction of “sunshine kitchen”. Yesterday evening, some media reported that Beijing fat brother restaurant was sentenced by Fengtai District Market Supervision Bureau to confiscate its illegal income and impose a fine of 500000 yuan, and Liu, its food safety manager, was fined more than 90000 yuan at the same time because of the use of overnight dead crab as live crab and the use of expired deteriorated food materials. (issued by the company) 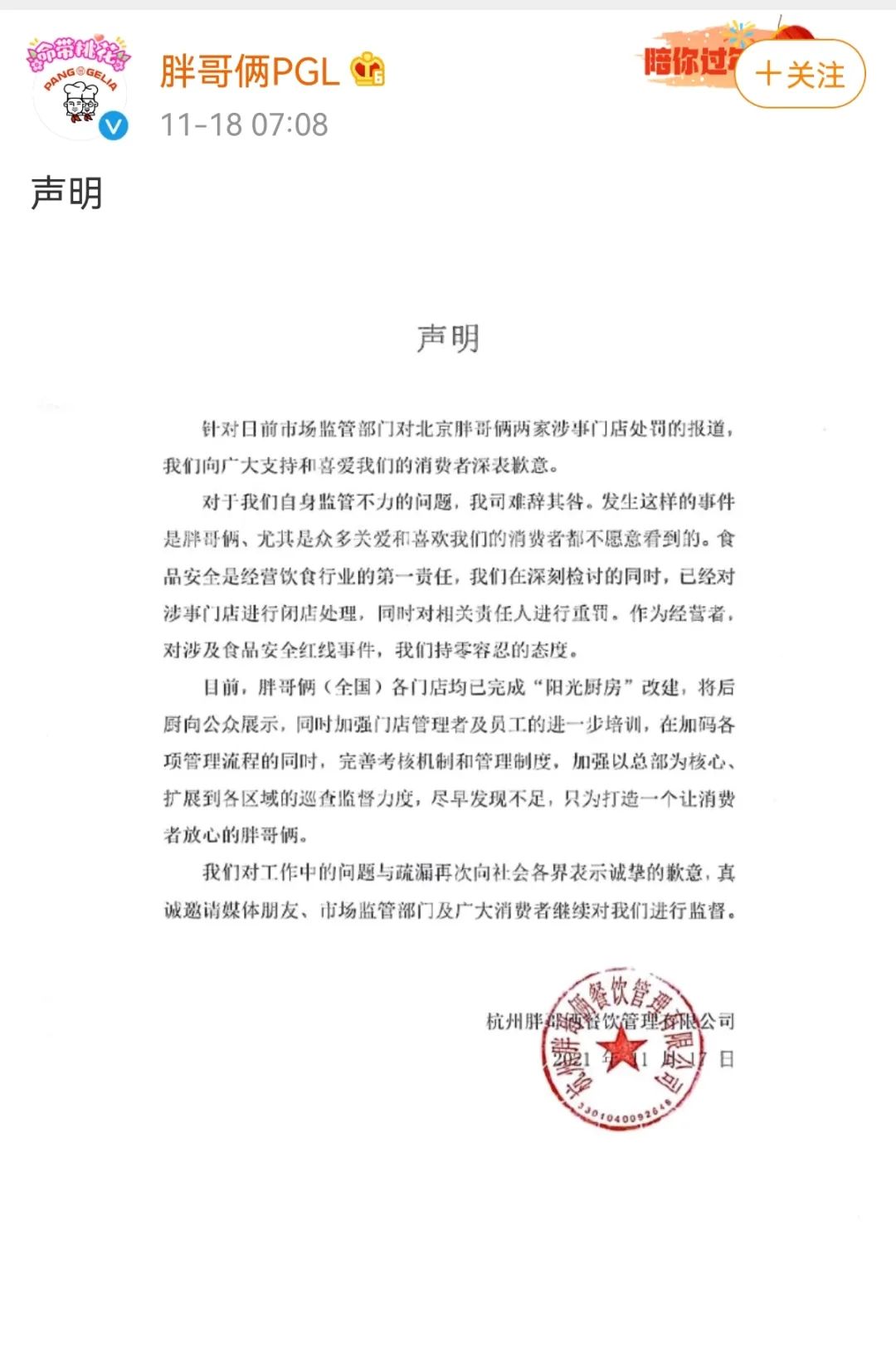 On November 18, Guangdong KFC announced the launch of a Cantonese dessert “k-ji fragrant and smooth double skin milk” jointly with China’s time-honored taotaoju, which will be limited to thousands of KFC stores in Guangdong. KFC said that it would explore the inheritance and innovation of food culture with Guangzhou time-honored brand association in the future. Not long ago, Guangdong KFC also launched a Cantonese classic afternoon tea series such as xidos. (issued by the company) 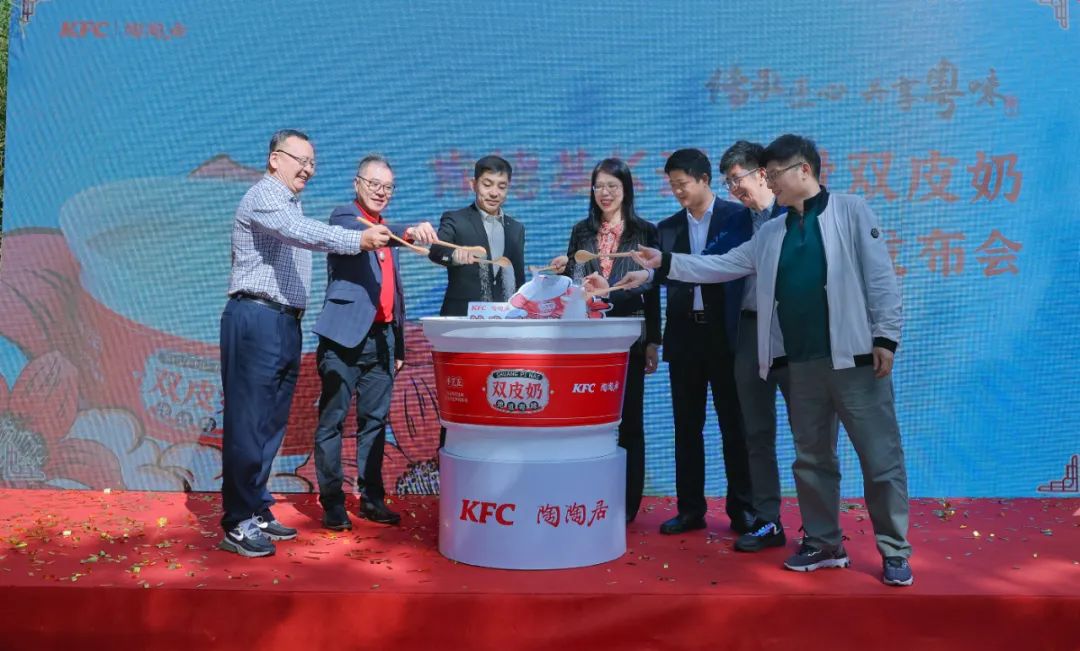 It is reported that Ketuo biology needs to reduce the price of probiotics supplied to Mengniu by 3% every year. In this regard, Ketuo biology said on the investor interaction platform on November 17 that the company and Mengniu Dairy had no relevant provisions on price adjustment in the edible probiotic business contract. (Daily Economic News)

On November 17, Huabao International announced that the board of directors was considering the feasibility of proposing to spin off New Generation Global Limited (new generation) or its holding company that may be placed between the company and new generation to be listed on the main board of the stock exchange of Hong Kong Limited. At present, the business considered as the subject matter of the proposed spin off is the production, sales, marketing and distribution of condiments targeting the catering industry. After the proposed spin off, the spin off group will mainly engage in the production, sales, marketing and distribution of condiments in China. In 2018, Huabao successfully acquired the full equity of Jiahao Food Co., Ltd. and its subsidiaries. Its two core products are chicken juice and mustard. (gelonghui)

Zhongjing food raised the ex factory price of some products

Zhongjing food said on the investor interaction platform on November 17 that the company determined the corresponding product price according to the comprehensive study of product cost and market conditions, and has recently raised the ex factory price of some products. (Daily Economic News)

On November 17, Huang Shanghuang said on the investor interaction platform that the expansion of the company’s stores is continuously advancing. The company’s overall goal of more than 10000 stores will remain unchanged in the next 3-5 years. The company’s Expansion Department will timely adjust its strategy according to the market situation and strive to achieve the goal of expanding stores. (Daily Economic News)

Thomson Beijian lifted the listing and circulation of restricted shares

Jiajia food has raised the price of share products

On November 17, Jiajia food was surveyed by 76 institutions. At the exchange meeting, the company’s board secretary said that in order to achieve the goal of 200 million profit next year and taking into account the current situation of the whole industry, the company adjusted the ex factory price of soy sauce, oyster sauce, cooking wine, chicken essence and vinegar products by 3% ~ 7%, and the new price was officially implemented at 00:00 on November 16. (company announcement)

The listing of Red Star Meiling dairy is still suspended

On November 17, according to the information on the gem issuance and listing audit information disclosure website, because the issuer’s evaluation institution Kaiyuan asset evaluation Co., Ltd. has issued a review report and the internal governance structure of the company has been adjusted, according to the relevant provisions of Article 66 of the Shenzhen Stock Exchange gem stock issuance and listing audit rules, the above suspension disappeared, However, because the issuer’s financial data has not been updated, the issuer is still in the status of suspension of audit. (official website of Shenzhen Stock Exchange)

Yum China Holdings Co., Ltd. won one of the highest scores in the catering and leisure industry in the 2021 S & P global enterprise sustainability assessment (CSA), and was included in the Dow Jones sustainable development world index and the Dow Jones sustainable development emerging market index for the second consecutive year. In this selection, yum China scored 75 out of 100 points, 21 points higher than the industry average. Yum China is the only Chinese mainland company to be included in the Dow Jones Sustainability world index. (company announcement)

Recently, McDonald’s is conducting a limited time operation test of mcplant vegetable meat hamburger in 8 restaurants in the United States. This product is jointly developed by McDonald’s and beyond meat and is only supplied to McDonald’s. Mcplant has been listed in many overseas markets such as the UK, Denmark, Sweden, the Netherlands and Austria this year. （EconoTimes） 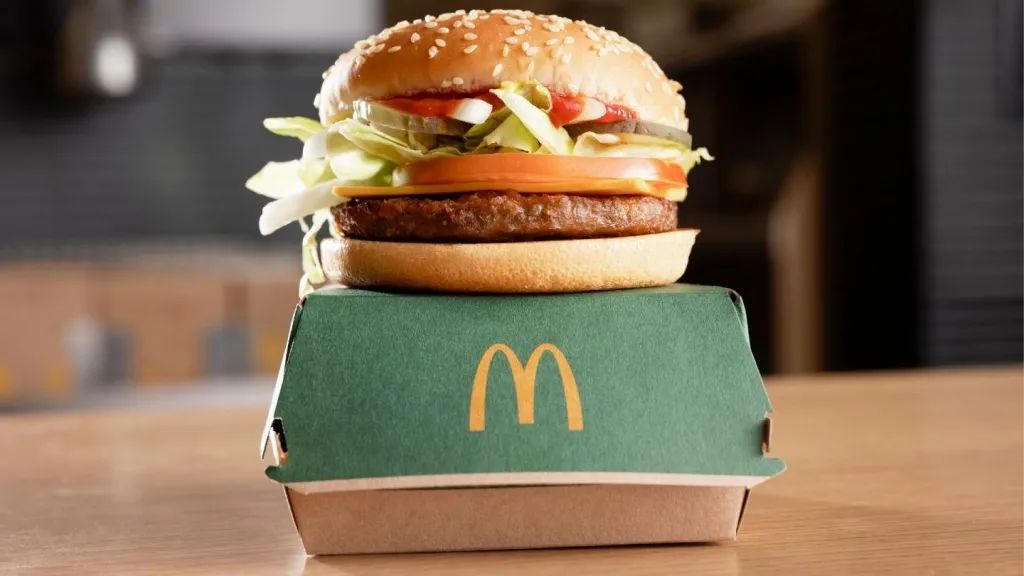 On November 17, chobani, a New York based Greek yogurt brand, announced its initial public offering (IPO) in the United States, which showed that the brand’s net sales increased by nearly 14% in nine months. The company did not disclose the specific terms of the IPO, but Reuters reported in July that the company’s IPO valuation may exceed $10 billion. (Reuters)

Riff, a cold extract coffee producer, completed a seed round financing of $2.5 million

On November 17, riff, a maker of cold extract coffee, completed seed financing of US $2.5 million and obtained investment from 35 people. Riff will use this money to expand its position in the sustainable coffee industry. The company produces cold extracted coffee and “energy + immunity” functional drinks made from coffee peel. （FoodBev Media） 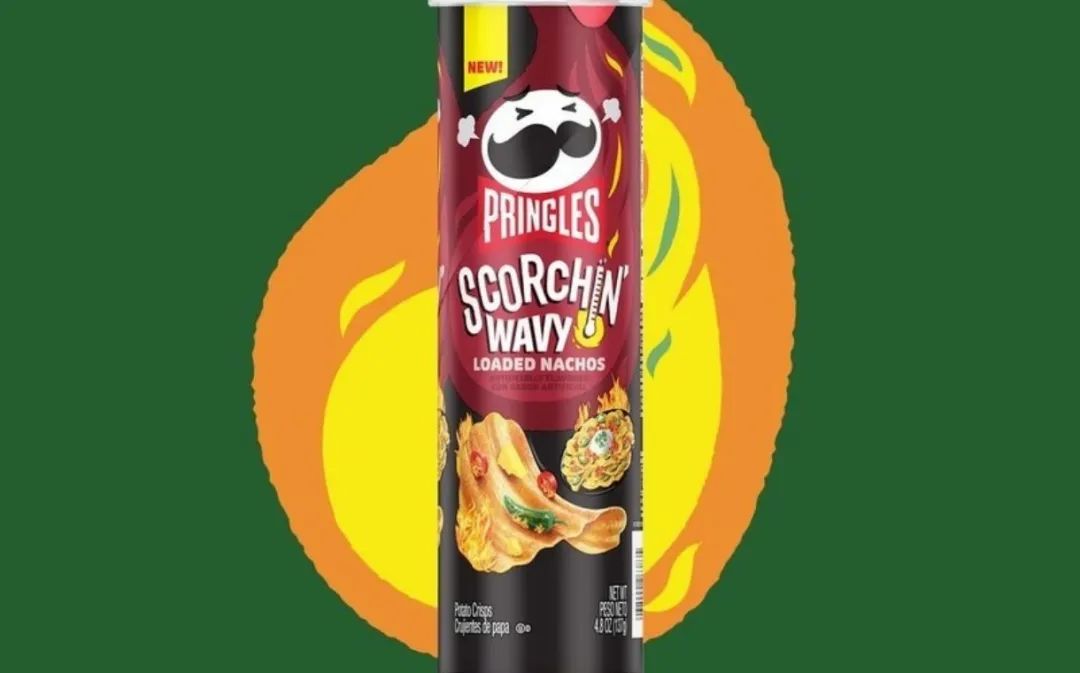 Trembling growth is weak, and the bytiktok domestic revenue growth is significantly reduced.

It is understood that this is the first time that this situation has occurred since the commercialization was started in 2013. （） 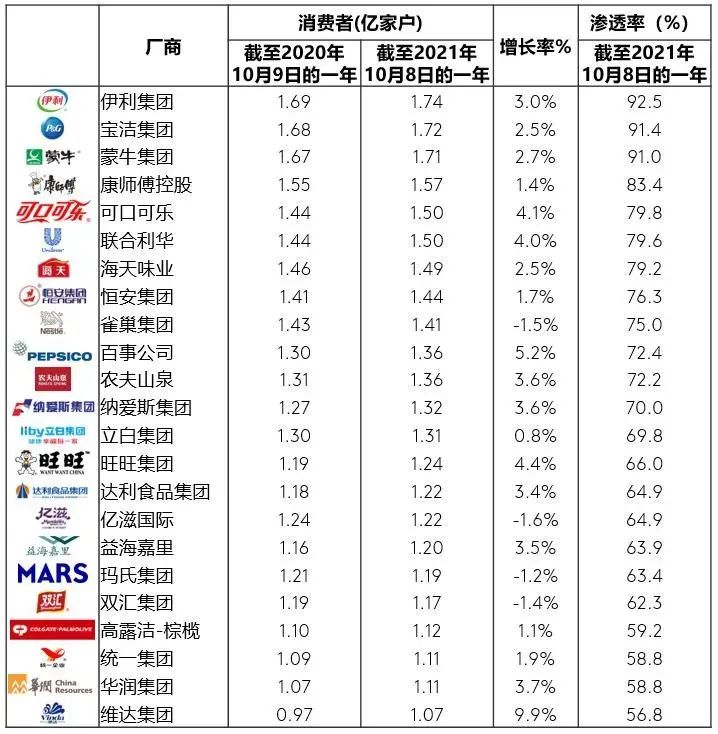 On November 17, Guangdong market supervision and administration announced the third batch of typical cases of “iron fist” action, including the case of food with non-conforming labels operated by Yikangyuan (Shenzhen) Health Technology Co., Ltd. as follows: 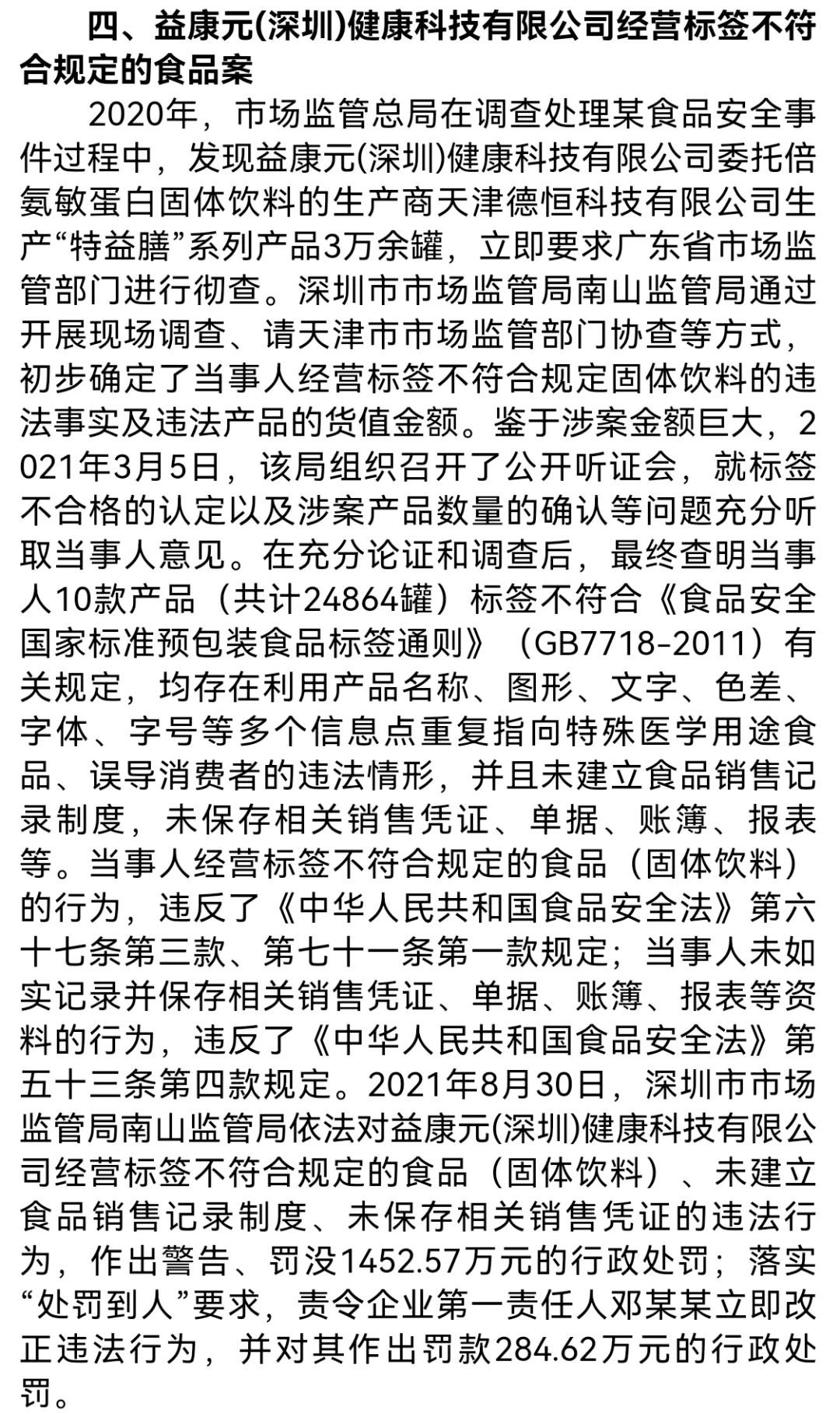