McDonald’s China, which has a large number of children’s family fans, has a new wave of distracted operations.

Following its first cooperation with “China Lunar Exploration” last year, today, the company announced at the annual “Mai Mai banquet” that the two sides would renew their cooperation for three years, continue to jointly create a series of “lighting up dreams” activities with aerospace as the theme, and encourage more children to explore their space dreams. 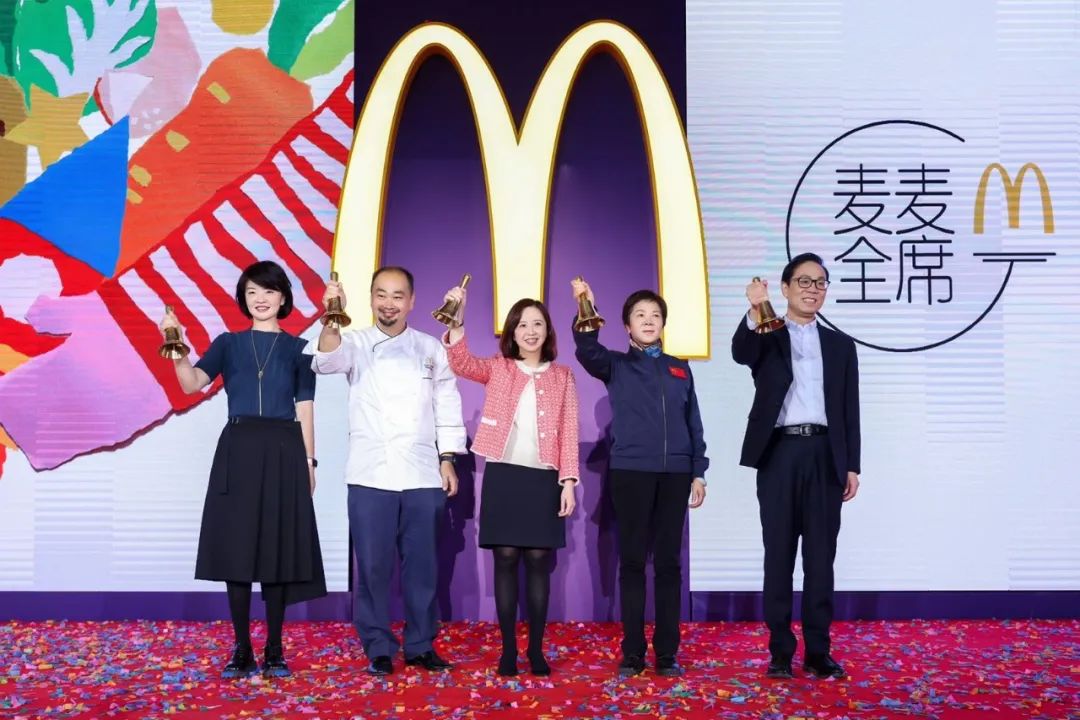 As a representative parent-child activity of McDonald’s in China, “lighting up the dream” will be quickly launched in most restaurants.

McDonald’s China “20222003000” is expected to have more than one million children personally participate in the activities in the next three years. As of January this year, the catering giant has opened more than one store.

Next, please take a look at the live news sent back by snack generation.

It is reported that “lighting up the dream” is a dream creation platform specially created by McDonald’s China for Chinese children from 2018. Since 2020, the platform has cooperated with “China Lunar Exploration” to send children’s dream paintings and design works on the appearance of rockets to the moon and space. Dozens of families have been invited to witness the launch of Chang’e rockets.

Recalling the opportunity of bilateral cooperation, Zhang said that the survey showed that more than 40% of Chinese children have the dream of exploring space, and the “China Lunar Exploration” as a Chinese space exploration project has also attracted the attention of the whole people. “In the past two years, more than 800000 children have participated in relevant activities (illuminating dreams), and we have received more than 40000 works.”. It is reported that by the end of this year, more than 45000 children’s paintings and handicrafts are expected to be sent to the moon and space. 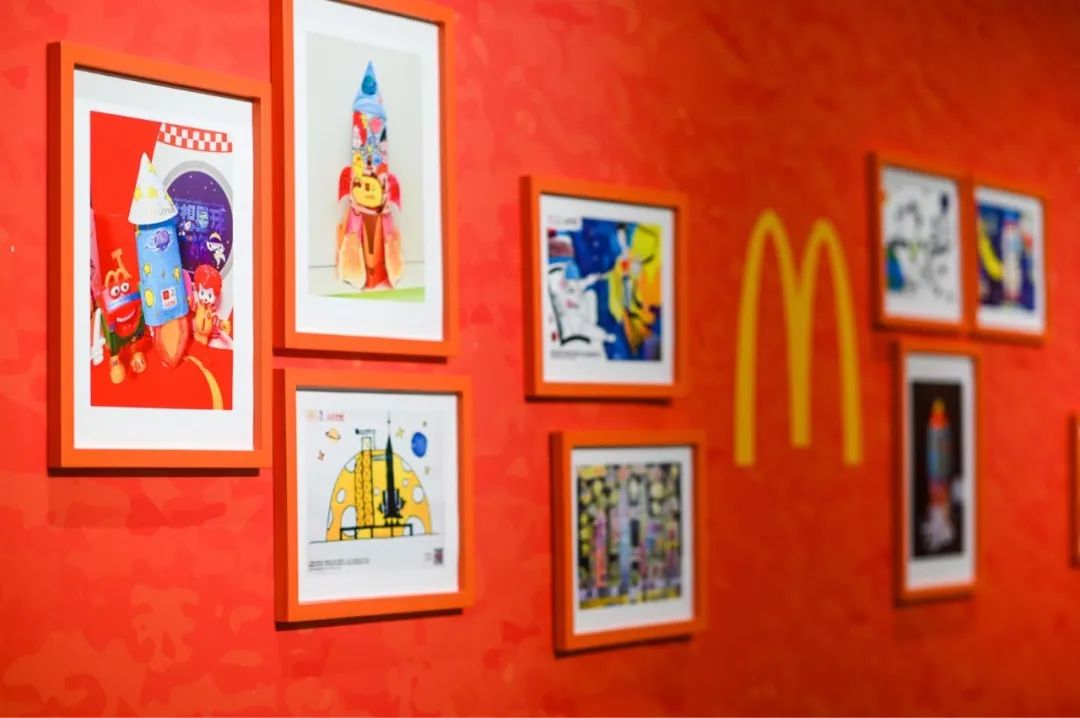 Join hands with the old friend of “China Lunar Exploration” again, McDonald’s will upgrade its activity scale and form.

The first is to expand the coverage and number of stores. “With the continuous improvement of the number of McDonald’s restaurants and entering the city, I hope to bring the projects that light up my dream to more low-level cities so that more Chinese children can participate in it personally,” Zhang said.

It can be seen that one of the starting points of McDonald’s upgrading “lighting up the dream” is the family consumers with children, which is its main customer group. The snack generation was introduced in 2019. At that time, more than 20% of McDonald’s Chinese consumers were this group. 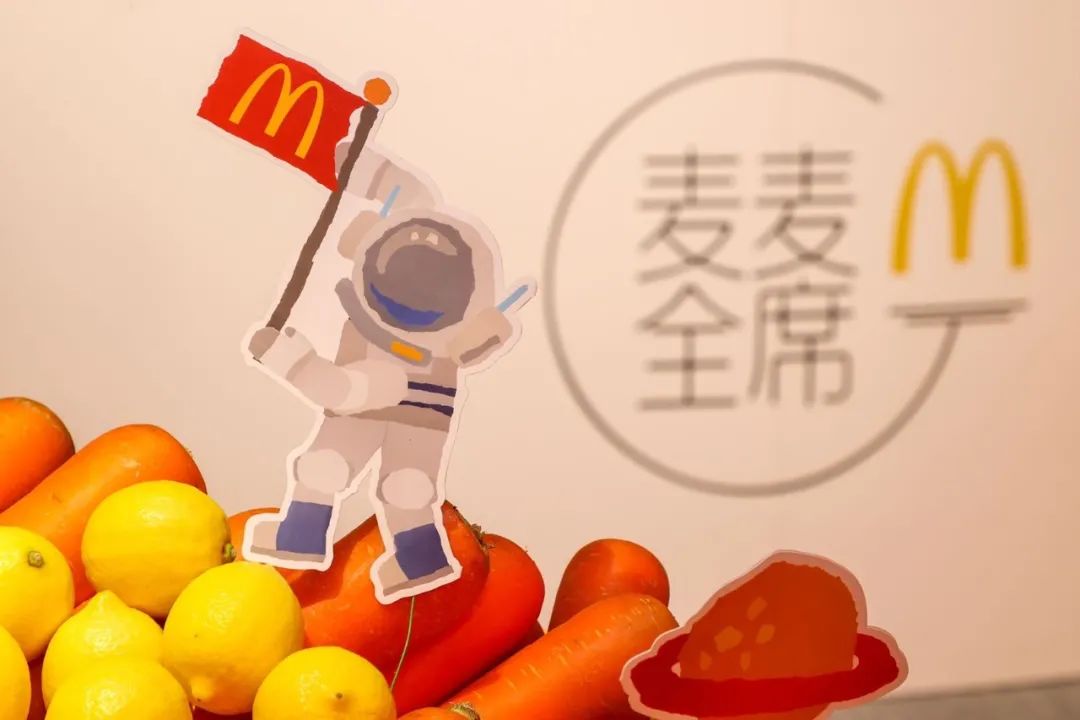 The snack generation learned that in the low-level cities where “lighting up the dream” wants to expand its coverage, the proportion of families with children will be higher. More importantly, these places are also the “main positions” of McDonald’s in China.

“We see that in low-level cities, the proportion of family customers is higher than that in first and second tier cities, and the proportion of family customers on weekends and holidays is also very high.” zhangjiayin said that as more restaurants are opened in low-level cities, McDonald’s will pay more attention to the business of children and families. 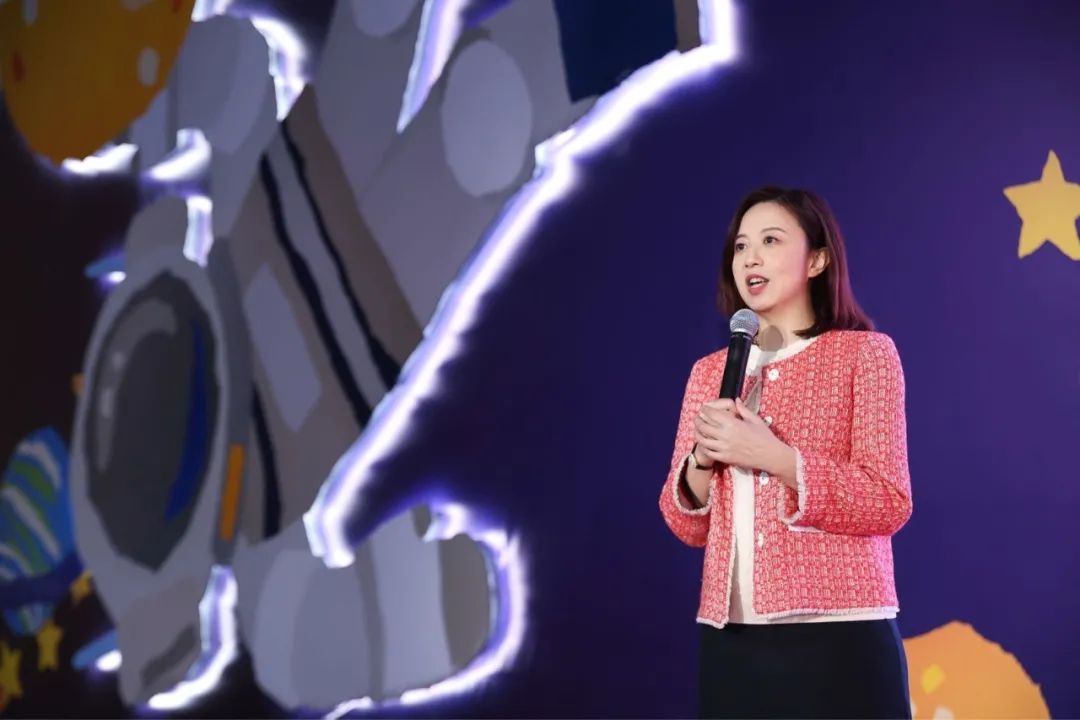 Xiaoshidai learned at the scene today that in 2021, the company expects more than half of its new stores to open in low-level cities, with a total number of more than 650 stores. It is worth noting that the latest expectation is a bit higher than the goal of more than 500 companies mentioned in June this year.

“2021 is the year when McDonald’s has the most stores in China’s history. On average, a new McDonald’s restaurant will open in about 15 hours.” Zhang said today, “although facing the impact of the epidemic, we are still accelerating the process of opening stores.”

So, how will McDonald’s China attract more fans by “lighting up the dream” in the future?

One of the directions is to provide richer activity resources and participation opportunities. Zhangjiayin said that McDonald’s will not only help children learn more about new aerospace knowledge with the help of popular science materials and experimental materials of “China’s lunar exploration”, but also provide more practical opportunities, such as visiting the launch site and launching simulated rockets. 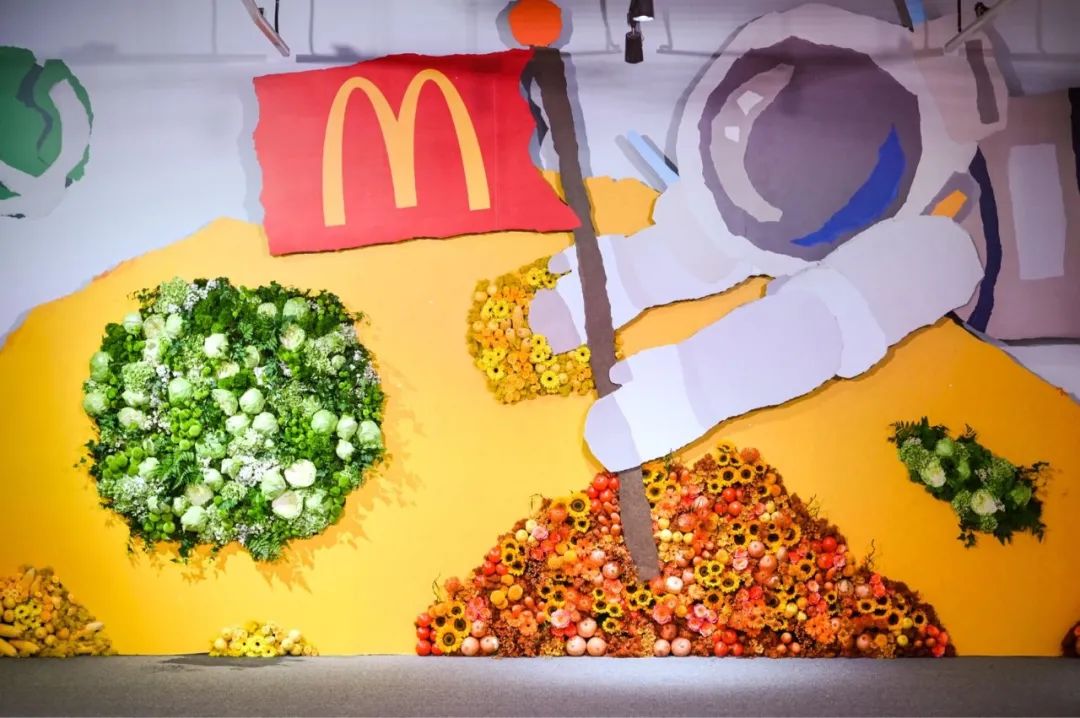 In addition, at a time when there are many ways to play Aerospace marketing, McDonald’s has also found a way to skillfully combine the concepts of both sides.

Xu Cong, chief marketing officer of McDonald’s China, said at the scene that the company will release the surrounding areas such as astronaut helmets with “China Lunar Exploration” next year, and publish picture albums for children’s paintings. Some works will also be presented on the lunch box of happy paradise meal. Snack generation learned today that this package is the main carrier of McDonald’s children’s related business.

For the core “Happy Paradise meal”, McDonald’s China has continued to upgrade its cooperation in meal products and IP toys in recent years. For example, in terms of food products, happy paradise meal has been upgraded from three piece set to four piece set since 2018, in which the choice of fish is increased as the staple food; Snacks increase the proportion of fruits and vegetables, and drinks increase the choice of milk, making children’s meals more balanced. 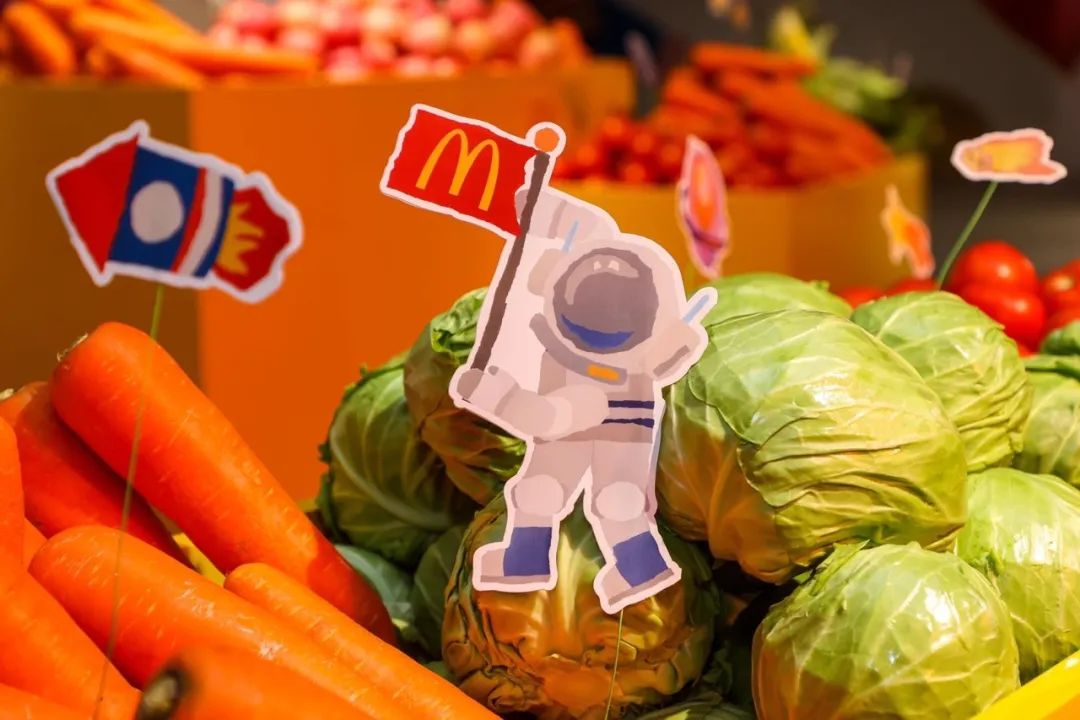 In addition, McDonald’s China also supports its public welfare projects with the help of “Happy Paradise meal”. “In the retail price of each happy paradise meal, 0.5 yuan is donated to Uncle McDonald’s house, so that children can get the public enlightenment of ‘children help children’.” Zhang said. 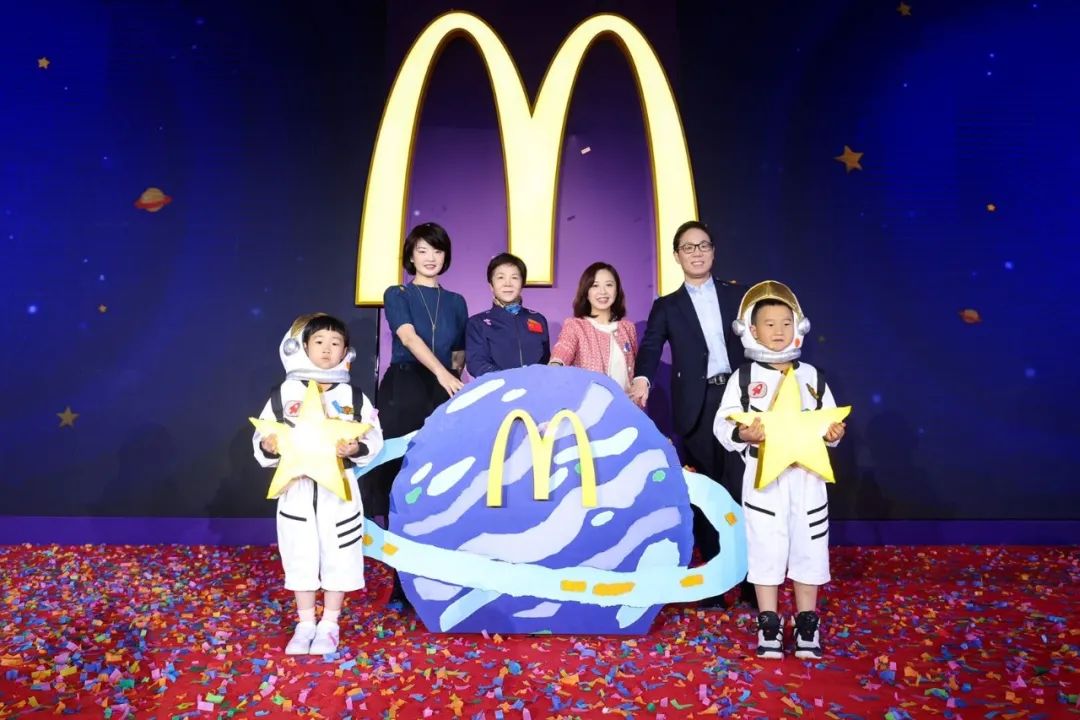 “We are very happy to join hands with ‘China Lunar Exploration’ again to provide a broad stage for children, bring unique exploration experience, and light up every child’s dream with our love,” said Zhang Yichen, chairman of McDonald’s China board of directors.

“Children are very important guests at McDonald’s,” Zhang said. “We hope children will leave good memories at McDonald’s and continue to be our future customers.”