With the in-depth promotion of anti-monopoly law enforcement, enterprises’ awareness of business concentration declaration has been continuously improved, take the initiative to sort out and report the business concentration that has not been declared in accordance with the law, and actively cooperate with the investigation. The cases announced this time are all transactions that should have been reported but not reported in the past. There are a large number of cases, a wide range of enterprises involved and a long transaction time span. Handling cases that have not been reported in accordance with the law can not only ensure the fair participation of various market subjects in competition, maintain the authority of anti-monopoly law, and constantly optimize the fair, transparent and predictable competition environment; It can also effectively urge enterprises to improve their compliance awareness and ability, and promote the sustainable and healthy development of enterprises and industries. (General Administration of market supervision) 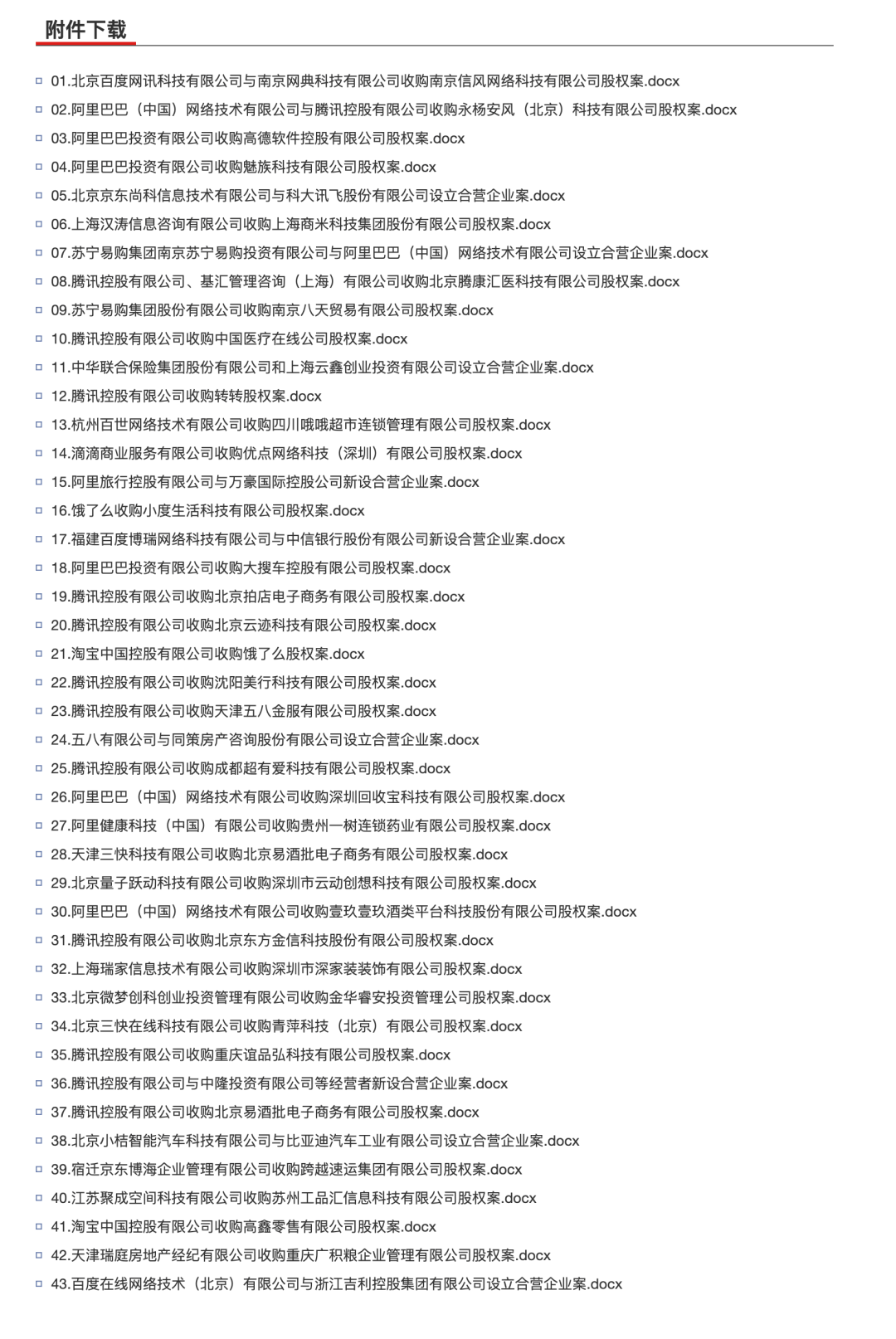 Among the 43 cases announced today, Alibaba (China) Network Technology Co., Ltd. was involved in the acquisition of the equity of 1919 liquor Platform Technology Co., Ltd. The decision on administrative punishment points out that after investigation, the case constitutes a concentration of business operators that has not been declared for illegal implementation according to law, but it does not have the effect of excluding and restricting competition. The General Administration of market supervision gave Alibaba China an administrative penalty of 500000 yuan. It is reported that on October 18, 2018, Alibaba China and 1919 signed a transaction agreement, and Alibaba China acquired 28.57% equity of 1919. On February 11, 2019, the equity change registration was completed in 1919. (snack generation)

Among the 43 cases announced today, Tianjin Sankuai Technology Co., Ltd. was involved in the acquisition of the equity of Beijing yijiupi e-commerce Co., Ltd. After investigation, the case constitutes the illegal implementation of business concentration without reporting according to law, but it does not have the effect of excluding and restricting competition. The State Administration of market supervision decided to impose an administrative penalty of 500000 yuan on Tianjin Sankuai. It is reported that on August 30, 2018, Tianjin Sankuai signed an agreement with yijiupi and the original shareholders of yijiupi, agreeing that Tianjin Sankuai would obtain 11.53% equity of yijiupi by means of equity transfer and capital increase, and obtain joint control. On October 15, 2018, yijiupi completed the equity change registration procedures. Yijiupi mainly provides wholesale services of food, daily necessities and other FMCG products to merchants (tobacco hotels, convenience stores, etc.), and the original shareholders include Bertelsmann investment, source capital and Jinglin investment. Tianjin Sankuai was incorporated in Tianjin in 2013 and is independently controlled by meituan, a Hong Kong listed company by agreement. (snack generation)

Among the 43 cases announced today, Tencent Holdings Co., Ltd. was involved in the acquisition of the equity of Beijing yijiupi e-commerce Co., Ltd. After investigation, the case constitutes the illegal implementation of business concentration without reporting according to law, but it does not have the effect of excluding and restricting competition. The General Administration of market supervision gave Tencent an administrative penalty of 500000 yuan. It is reported that on August 1, 2019, Tencent signed the equity transfer agreement and capital increase subscription agreement with yijiupi and Beijing Sankuai. After the transaction, Tencent held 10% equity of yijiupi and obtained joint control. On August 29, 2019, the equity change registration of this transaction was completed. (snack generation)

Among the 43 cases announced today, Taobao China Holdings Co., Ltd. was involved in the acquisition of hungry Yao equity. After investigation, the case constitutes a concentration of business operators that has not been declared for illegal implementation according to law, but it does not have the effect of excluding and restricting competition. The State Administration of market supervision gave Taobao an administrative penalty of 500000 yuan. It is reported that on April 2, 2018, Taobao signed a transaction agreement with hungry Yao and relevant shareholders to acquire 44.03% of the equity of hungry Yao. Before the transaction, Taobao indirectly held 27.97% equity of hungry Yao. After the transaction is completed, Taobao will indirectly hold 72% of the equity of hungry Yao to realize its separate control over hungry Yao. On May 8, 2018, hungry completed the equity change registration. (snack generation)

On November 19, Hang Seng Index incorporated China Resources beer, ENN energy, jd.com and Netease into the Hang Seng Index, and the number of constituent shares will increase from 60 to 64. In addition, China Evergrande was excluded from the Hang Seng China enterprise index. (Sina Finance)

According to the information disclosed by the Trademark Office of the State Intellectual Property Office, the process status of several “farmer three fists” trademarks applied by nongnongshanquan Co., Ltd. on July 7 was changed to “rejected”. (Zhongxin Jingwei)

COFCO sugar: natural disasters will cause losses of 180 million to 300 million yuan

On November 19, COFCO sugar Holdings Co., Ltd. announced that the beet raw materials of the company’s sugar company were seriously damaged by extreme weather. According to preliminary statistics and verification, the disaster affected about 96000 mu of sugar beet (i.e. unable to harvest due to freezing or serious damage to the quality of raw materials), accounting for about 20% of the raw material area in the production season. The economic losses to the company will affect the company’s net profit of 180 million yuan to 300 million yuan this year (including direct losses and other contingent losses caused by sugar production reduction, rising costs, abnormal loss of harvesters, etc.) (announcement of the company)

Guangzhou Restaurant: the controlling shareholder of the company is changed to Guangzhou urban investment

Rhine Bio said on the investor interaction platform on November 18 that the sweeteners produced by the company are natural sweeteners (Stevia extract, Siraitia grosvenorii extract, etc.), and there is no synthetic sweetener aspartame business at home and abroad. The company has established cooperative relations with many international well-known customers such as Coca Cola and Pepsi Cola in the natural sweetener business. (Daily Economic News)

The CSRC accepts the materials for the examination and approval of the qualification of qualified foreign investors provided by COFCO asset management (International) Co., Ltd

On November 18, the CSRC accepted and accepted the materials on the examination and approval of the qualification of qualified foreign investors submitted by COFCO asset management (International) Co., Ltd. (official website of the CSRC)

Liangpin shop plans to amend the articles of Association

Liangpin store announced on the evening of November 18 that according to the needs of the company’s group operation and management, it plans to amend the relevant provisions of the articles of association and set up a group company under the joint-stock company. The group members currently include e-commerce, food industry, supply chain technology and other modules as well as two regional companies. (company announcement)

On November 18, the fast food brand “Mo Xiaoxian” announced that it had completed a round B financing of more than 100 million yuan. This round was exclusively invested by Asian food fund and Qingtong capital served as the exclusive financial consultant. This round of financing will be mainly used for supply chain upgrading, brand building and talent introduction. (interface News) 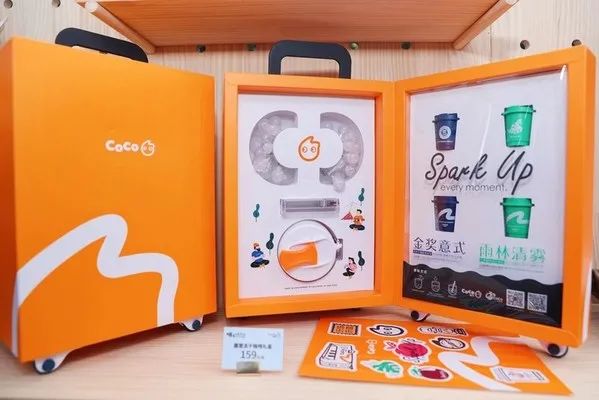 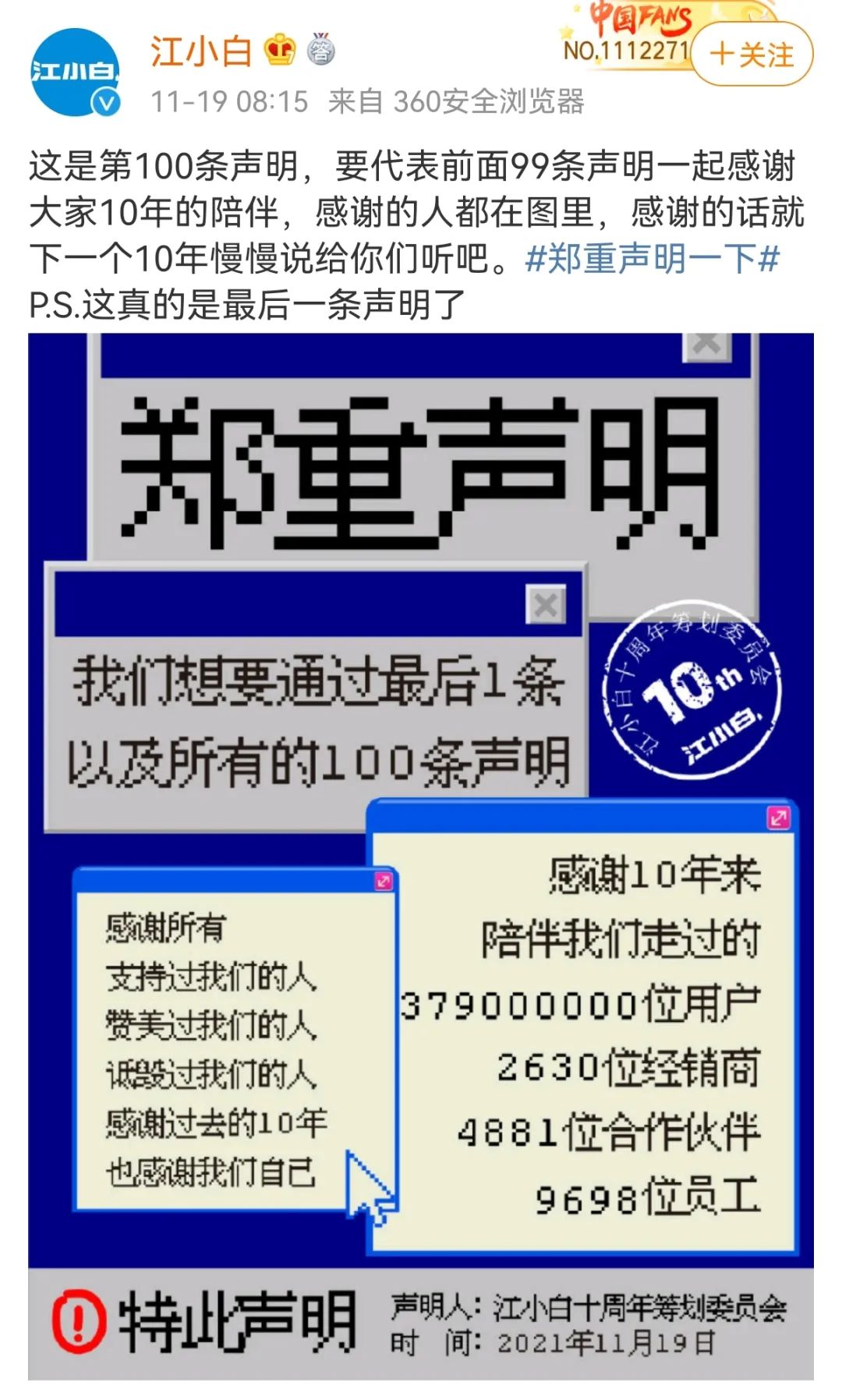 Recently, Nestle invested in an American Vegetarian start-up company, which is trying to imitate chicken in the most real way, including artificial chicken skin and chicken bones. It is reported that nestle led in a round of financing of about US $4 million for the company called sundial foods. The vegetarian company plans to launch vegan chicken wings in the US Bay Area in the spring and expand throughout California next year The proceeds will help fund initial production. (Bloomberg) Sweetgreen, a salad shop, rose more than 70% on the first day of listing

On November 18, sweetgreen, an American chain salad shop, was listed on US stocks and raised US $364 million through IPO. The company issued 12.5 million class a common shares in this IPO. It is worth noting that the issue price of US $28 per share is much higher than the issue range of US $23 to US $25. As of the closing of US stocks on Thursday, sweetgreen reported US $49.5 per share, up 76.79% from the issue price and the market value is about 52% $662 million. This year’s strong IPO performance has stimulated interest in newly listed companies, but sweetgreen will face industry-specific problems, including labor shortage, the recovery of the entire catering industry from the epidemic and the speed of employees returning to the office. (Zhitong Finance) 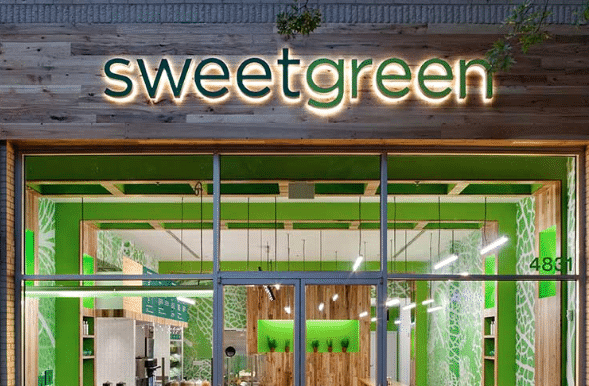 Recently, Starbucks and Amazon cooperated to open a cashless coffee shop in the United States. Customers can order drinks on the app and pick them up at the counter. It is reported that this coffee shop without cashier officially opened on 59th Street in New York City on Thursday. Foreign media believe that affected by the labor shortage in the United States, Starbucks and other companies are applying technologies such as artificial intelligence, robots and digital touch screens to save labor. (World Wide Web) On November 18, oatly beverage company announced the launch of a new product in the United States, oatly non dairy popsicle (oatly popsicle), with four flavors of vanilla, chocolate fudge and salted caramel. The product will be launched in December and will continue to be sold until the first half of 2022. (issued by the company)

Rawchocolate company, a British plant-based chocolate brand, launched Christmas spice almond chocolate. The new product is made of 100% organic ingredients and does not contain gluten, palm oil and refined sugar. It is available on the company’s official website. （FoodBev Media） On November 17, Nestle announced the latest pilot project of its babelegi plant in Pretoria, South Africa, which tested Africa’s world’s first artificial intelligence technology for reducing emissions and saving water. The pilot project was carried out by Nestle in cooperation with emissions capture company, using the company’s proprietary Whitebox technology. Based on machine learning, Whitebox technology can capture carbon emissions in range 1 (range 1 emissions refer to the direct emissions of institutions owned or controlled by the company within one year, including all emissions of fossil fuels used in production) and recover wastewater. （IT News Africa）

Alibaba: there is no realization plan for new businesses such as vegetable washing

On November 18, JD group released its performance report. In the third quarter, the net loss was 2.8 billion yuan, compared with 7.6 billion yuan in the same period last year. In the same period, the company’s investment loss increased significantly year-on-year. Driven by the continuous demand for online shopping, JD achieved a revenue of 218.7 billion yuan in the third quarter, an increase of 25.5% year-on-year. As of September 30, 2021, the number of annual active users of JD in the past 12 months was 552 million, an increase of 2% year-on-year 5% (Reuters)

Report: the proportion of new female CEOs in the world increased to 13% in the first half of the year

According to Heidrick & struggles’ report on the road to career peak in 2021, the proportion of new female CEOs in the world doubled to 13% in the first half of this year. In terms of average age, the average appointment age of global CEOs is 49, of which 25% are less than 45 when they take office, while the average tenure of global CEOs is 6.6 years. As of July 5 this year, the report surveyed 1095 current CEOs of the largest listed companies in 24 countries and regions, including China, Hong Kong, Singapore, Australia and New Zealand. (Hong Kong Economic Daily)

On the evening of November 18, documents on the official website of the Hong Kong Stock Exchange showed that the microblog had passed the listing hearing of the Hong Kong stock exchange. The funds raised by Weibo will be used to continuously expand the user base and enhance user participation, as well as improve the content ecosystem of Weibo; Research and development to improve the user experience and liquidity of microblog; Selectively seek strategic alliances, investments and acquisitions, as well as working capital and general corporate purposes. (HKEx)