Under the trend of consumption upgrading, leisure snacks that meet the pleasure of taste buds and high quality are increasingly favored, which also makes the leisure snack track one of the main venues pursued by new consumer brands. Most consumers have tasted a variety of new snacks, and after the freshness, how to maintain the product repurchase rate and prolong the product life cycle is the key.

At this point, the head brand has the right to speak. Take infinity food as an example. When it comes to packaged food, salt baked chicken, many people will immediately think of it. In the early stage, infinite food established its position in the Jianghu with its leisure packaged salt baked chicken products. The slogan “I love you, and I won’t let go” was also deeply rooted in the hearts of the people. 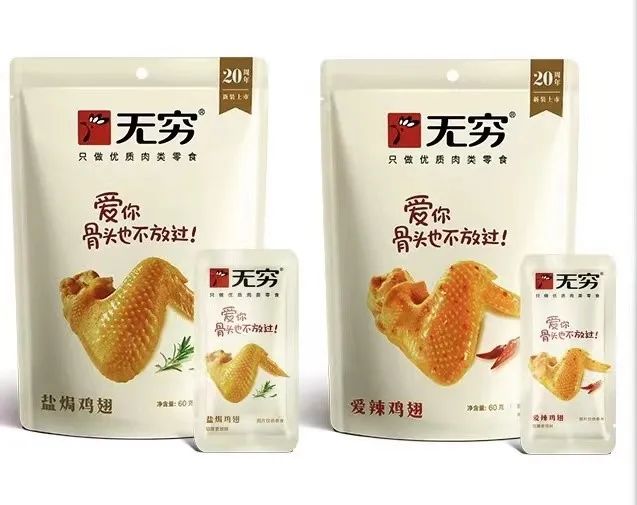 Today, the sales volume of infinite food’s products is still leading in the meat snack industry. According to the data provided by the company to the snack generation, infinity food still sells 2 billion packets of products every year. For 10 consecutive years, it has ranked first in the omni-channel sales of chicken category, and the domestic market coverage rate is as high as 60%.

So, over the past 22 years, how has infinite food laid and continuously consolidated its product strength? Next, let’s have a look.

Each head brand is inseparable from several popular items, which occupy a stable position in the hearts of consumers. For infinite food, this single product is its first-hand salt baked chicken category.

In 1999, a packaged salt baked chicken product that overcomes the problems of product preservation, storage and carrying quietly became popular. The birth of this product dates back to the night after Guo Weiqin, the founder of infinite food, graduated from university.

At that time, Guo Weiqin found that there were few meat snacks on the market and their quality was low. So he resolutely resigned and returned to his hometown in Guangdong. After continuous R & D and debugging, he finally solved the problems of production and packaging of salt baked chicken products. Therefore, infinity food has become the first enterprise in China to transform Guangdong’s traditional salt baked products into industrialized production and large circulation and sales with modern preservation technology. 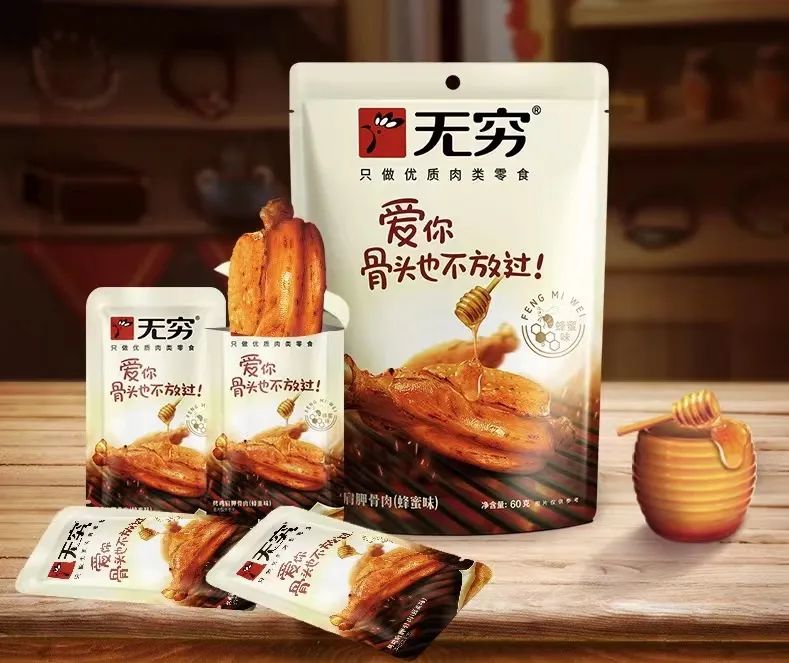 After creating a single category champion, infinite food continues to work hard on food safety. Due to the emphasis on product quality and food safety and the implementation of total quality management, the company has become the first enterprise in the salt baking industry to pass ISO9001, ISO22000, HACCP, QS certification and provincial measurement system, and is underwritten by PICC.

At the same time, infinite food continues to strictly control the source ingredients and ingredients to continuously improve the product flavor. Take pepper as an example. For many years, infinite food has insisted on choosing natural spices. After investigating and selecting all the main pepper producing areas in China, infinity food finally found pepper that met its high standard in a county in Hunan. This pepper procurement plan has increased the annual raw material procurement cost of infinite food by nearly 30 million yuan. 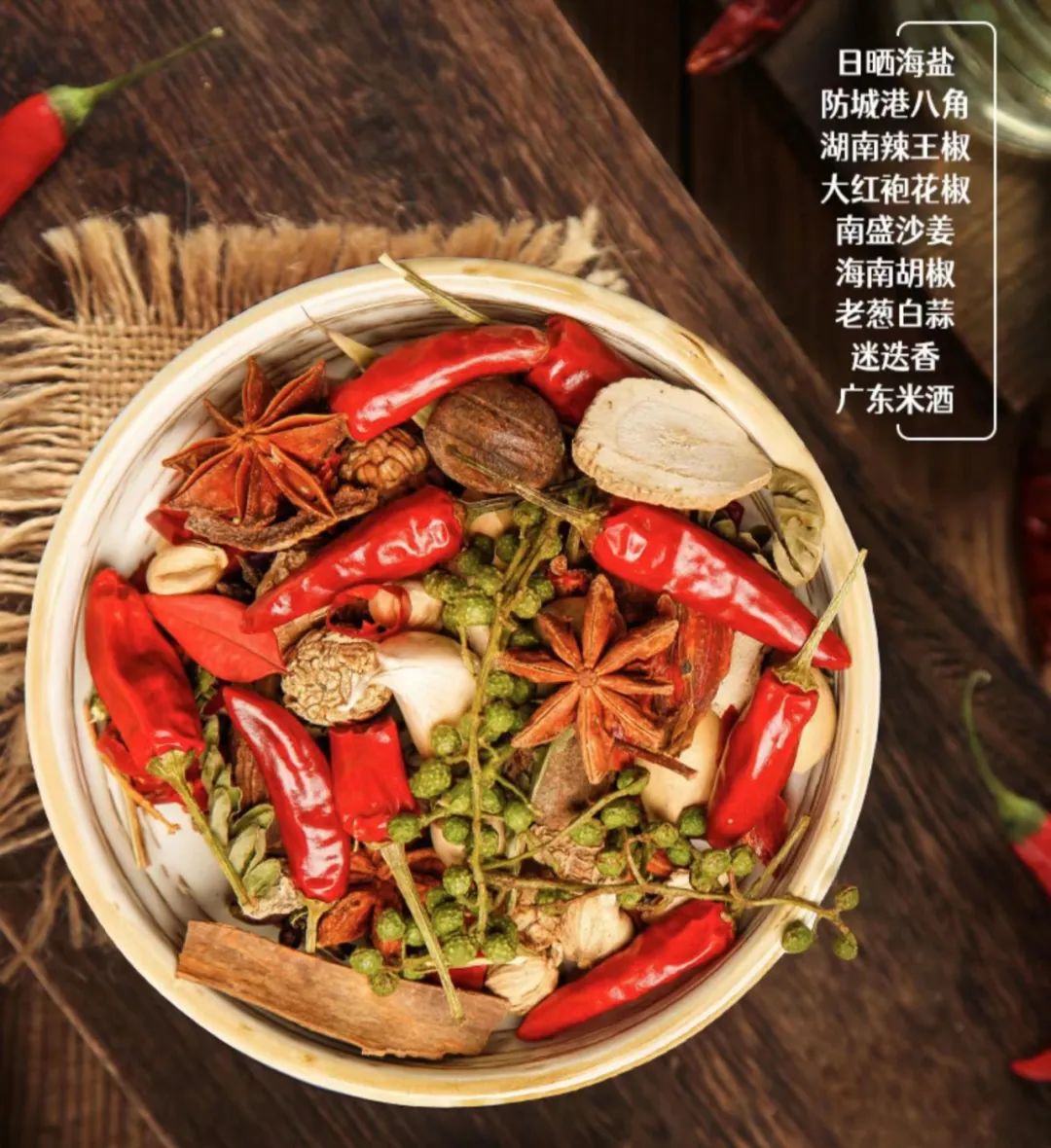 How to build product strength? Infinite food is a reference for the story of the integration of the old and the new. The company has cut into a Chinese classic traditional category from the early stage and revived the Chinese flavor through modern technology.

With the change of consumer demand and the expansion of the market, infinite food began to vigorously improve product innovation, expanding from a single salt baked chicken product to a multi series and multi flavor product matrix. At present, the company’s product layout is mainly composed of four series, including salt baking, barbecue, egg, sauce and brine, and more than 50 products.

For the planning of new product launch, different from other brands, the pace of the company is slower. It is understood that infinity food will launch a new product every year to provide consumers with new tastes.

Behind this seemingly slow pace is the exquisite quality of infinite food. Over the years, each product R & D of infinite food has adopted the five-year echelon model of “three-year R & D and two-year research and improvement”, so as to ensure that each product is a high-quality product.

The quail egg series launched this year is a new product with a strong sense of story. The new product had been “frozen” for 4 years, only because the company was dissatisfied with the supply of raw materials at that time.

As early as 2016, infinity food prepared to launch quail eggs and achieved good consumer feedback in the test stage. But at that time, infinity food could not find raw materials that met its “0 agricultural residues” standard. I’d rather not do it than make do with it.

Later, in order to fully realize the raw materials of the “0 pesticide residue” standard, infinite food decided to spend a lot of money to build its own farm. This year, the quail egg series was launched. 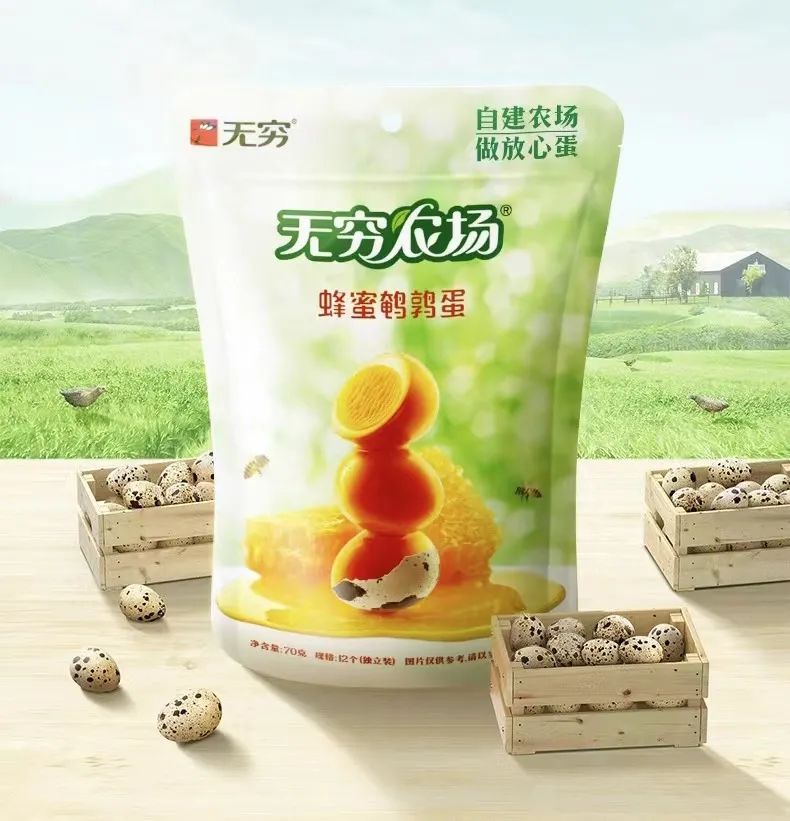 On this product, infinite food introduced that the company adopted the industry’s first “vacuum in the inner bag and nitrogen filling in the outer bag” quail egg fresh locking technology to continuously strengthen the selling point of “freshness”.

Because of the opening up of breeding to processing and production, this product “only takes 32 minutes to drive from laying eggs to the brine pot”, which can be put into the pot for production within 24 hours as soon as laying eggs, and the finished products can be put into storage within 72 hours to keep the aroma of fresh eggs.

What ensures the sales of its products is its full channel channel network. The offline channel of infinity food has covered more than 20 provinces, municipalities and autonomous regions in China. Its products have entered more than 3000 Ka hypermarkets such as Wal Mart, RT mart, Auchan, China Resources Vanguard, PARKnSHOP Yonghui, Bubugao, Carrefour, Bufeng lotus, 7-11, Quanjia, Meiyijia and more than 100000 BC type small supermarkets and convenience stores in China.

Based on traditional channels, the company is also actively embracing new retail and new channels, and has successively opened up new retail channels such as Ali retail, JD new channel, Suning store and HEMA fresh. 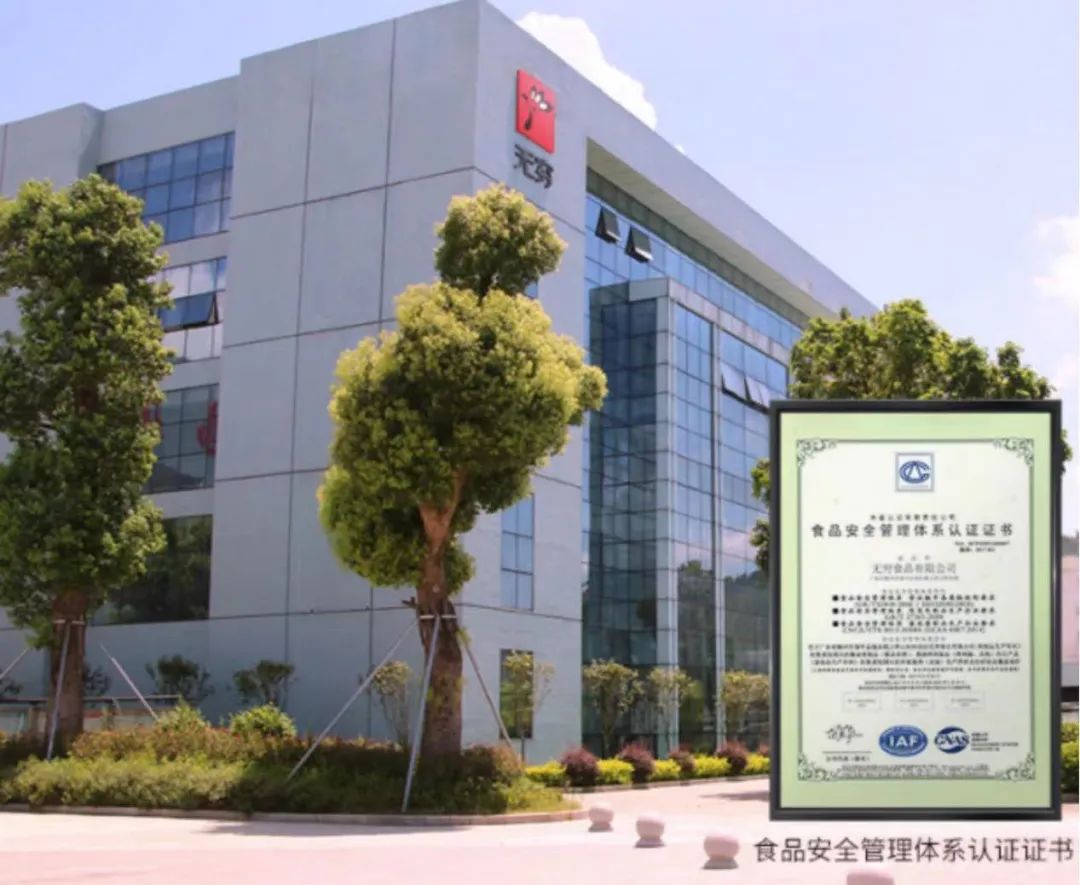 Infinity food is one of the few enterprises with postdoctoral scientific research workstations in China, and has obtained 21 core process patents. As a main unit, infinity food has successively participated in the drafting and revision of many national standards, such as technical specifications for the processing of smoked and baked salt baked meat products, sauce and marinated meat products, marinated eggs, dried eggs, fire leg sausage and so on.

At the same time, infinity food also has a modern poultry production base with a construction area of 100000 square meters of GMP standardized production plant. It not only has various mechanized and automatic processing equipment and facilities, but also has a food quality and safety testing center and technology R & D institutions, and is equipped with various advanced testing instruments and R & D experimental equipment.

In the leisure snack market, new consumer brands are running fast, but the head brands are also running forward. Many people can feel that different from the slightly low-key image in the past, this year’s infinite food has a strong “sense of existence”. The company not only announced its new positioning as “22 years of focus on high-quality meat snacks”, but also decided to aggressively enter the East China market. 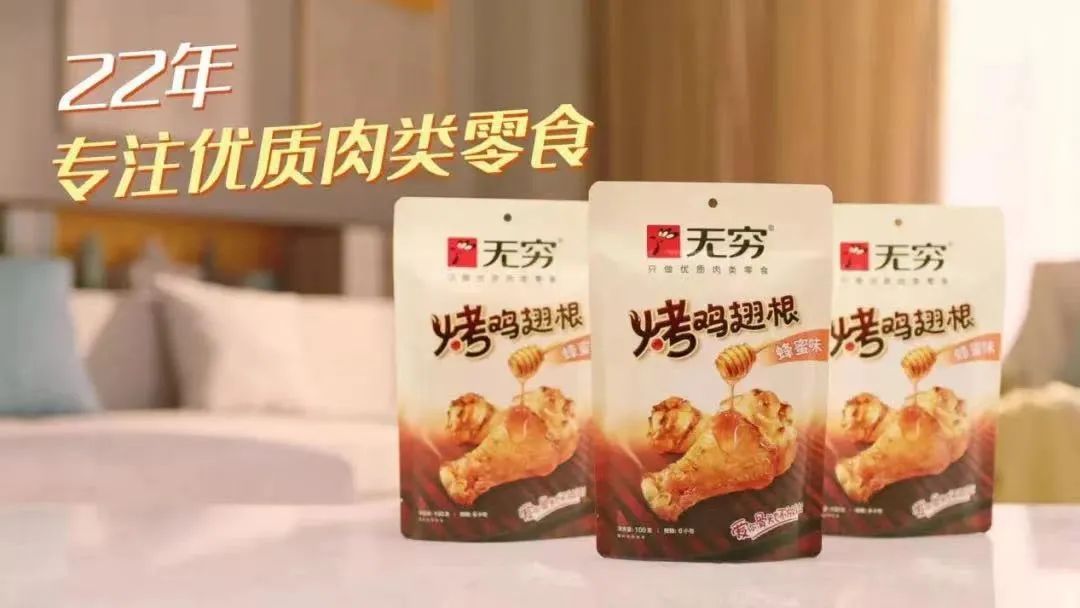 In this chase, endless advantages are also obvious. Different from the “asset light” mode of many new consumer brands, the brand has formed a “asset heavy” mode in 22 years of development, with long-term investment in R & D, breeding, production and sales.

For the future, the snack generation learned that infinite food will go out of the “comfort zone” and bravely break into some hot new categories. Substitute food is one of its efforts. With the joint efforts of R & D and brand, we can further pay attention to more possibilities in infinite development.