On the recently popular “praise! Talent show”, Nicholas Tse on the observation table was calm and comfortable, and his comments on each talent were accurate and delicate. Perhaps only those who carved their own countless times late at night can see the hardships behind their strength.

This recognized “all-round power faction” used to be known by the public as an uninhibited singer, desperate actor and dedicated cook. No matter what it is, he tries to do better.

This time, his identity has also changed – Lanhe sheep milk powder spokesman has become a “high-end milk powder selection officer”. After Zhang Yuqi, on the road of pursuing perfection, Lanhe has another fellow traveler. 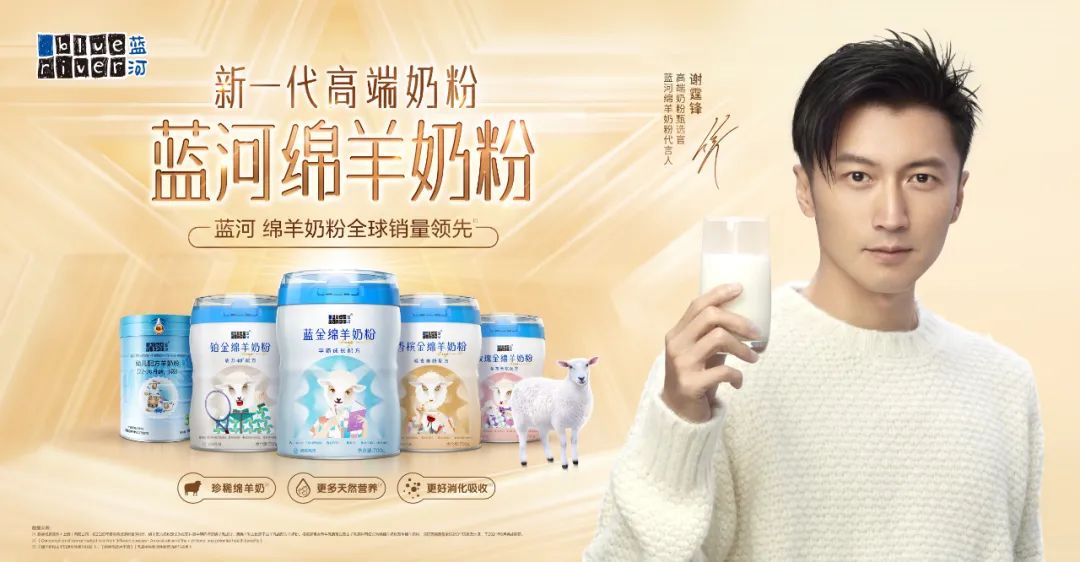 As soon as Nicholas Tse was born, he was exposed in the spotlight. The popularity of star parents could have made him win easily, but he only became his own star.

At that time, the Chinese music world was full of stars. Nicholas Tse sang his own “front rock” and became the youngest singer in Hong Kong, China; He entered the film and television industry, played a handsome young student, and was able to shave his head and stick scars as a small person. He was appointed by Zhou Runfa as the most potential successor. Taking over the era of the four heavenly kings, Nicholas Tse completely split the millennium of Hong Kong’s entertainment industry.

In a movie scene, Nicholas Tse wanted to add some color and animation effects, but the answer was “no”. He made a very bold decision to establish the special effects Company Po Chaoting, and then plunged into the treacherous business world.

Hidden behind the scenes as the boss for eight years, this was the only post-production company with all digital processing operations in China at that time, accounting for 60% of the market share in Hong Kong. Then, his commercial territory marched into catering, creating a phenomenal food variety “Twelve Feng flavors”, and then expanded to “Feng flavor Holdings”. In addition, he was invited to share in Google Talk and severely slapped those onlookers who questioned that “artists can also start companies”. 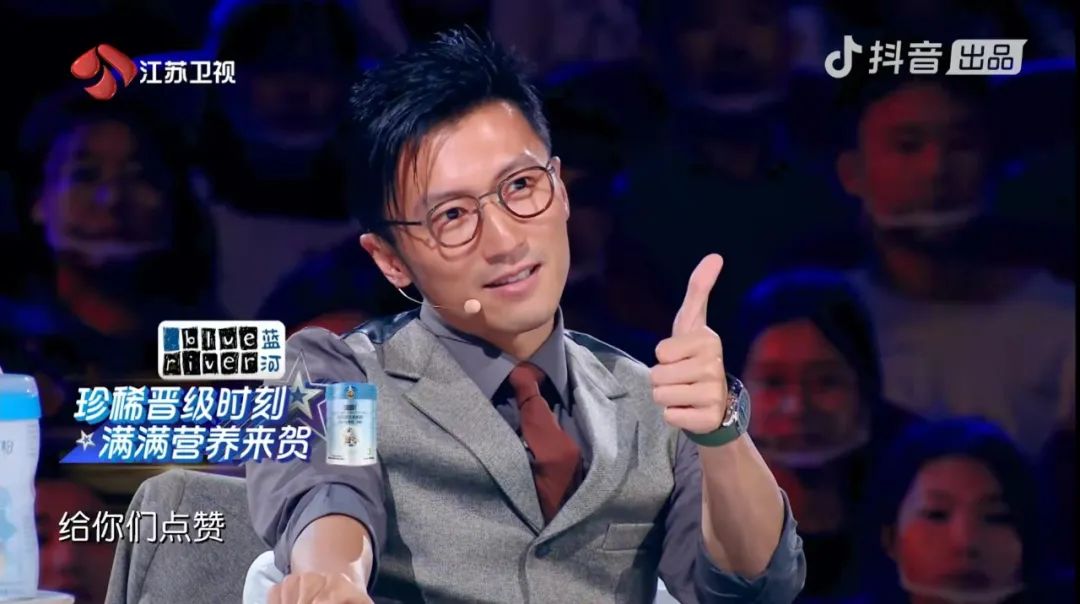 Many people don’t know that Nicholas Tse is still a Xueba who is proficient in six languages. He is also a versatile sports player who can ski lying down and has great racing talent. He never makes noise about what he believes, but does it silently. People suddenly find that the real “pioneer” is not confined to the bright stage or film and television lens. In more places, he will shine because of his courage to constantly explore the border.

The same is true of Nicholas Tse’s choice of Lanhe sheep milk powder.

In 2015, the founder of blue river keenly captured the rare value and market potential of sheep milk during an investigation in New Zealand. This “milk aristocracy”, which accounts for only 1% of the global milk output, has 8 times and 1.5 times the natural lactoferrin and calcium content of milk respectively. Since ancient times, it has been regarded as a good product for more natural nutrition and better digestion and absorption.

Sheep milk was favored in developed regions and countries such as Europe and the United States, but no one paid attention to it in China at that time. In the industry, few people were willing to put down the mature milk powder Market and strive to become a high-end sheep milk brand.

In the face of costs and doubts, Lanhe also chose to be its own star in the highly competitive dairy track – it wholly acquired the blue river sheep milk brand in New Zealand, acquired ALIMENTA, Sardinia, Italy, and successfully produced high-quality sheep milk formula by collecting 70% of the world’s sheep whey resources. Lanhe found another way to bring high-end new products into public view Wild, also let the industry have a new voice.

What the times need is not onlookers who follow others, but pioneers who are indestructible. What they pursue is not a short-term attention, but a lasting sense of value. This is an appropriate tacit understanding between Nicholas Tse and Lanhe, as well as their common strength. 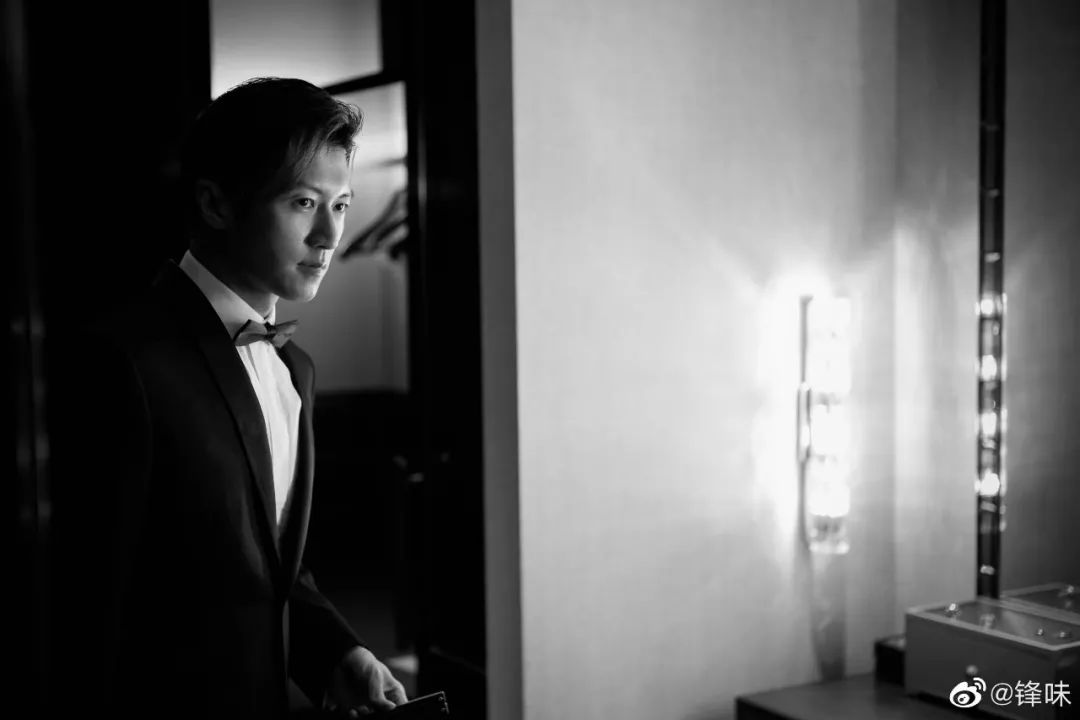 “The performance is beautiful, but the audience is prone to visual fatigue. I hope to see more room for improvement in the future.” in the praise! Talent show, Nicholas Tse voted against the soft finger dance and balloon performance that won bursts of applause on the spot. After careful consideration, netizens brushed the screen one after another. “Nicholas Tse is too strict!” In fact, he never gave in to the pursuit of perfection.

When he first made his debut, Nicholas Tse was almost drowned by the boos off the stage. His eyes were red and he vowed to do a good job. For the album Jade Butterfly, he began to learn MV post production from 0, participated in the whole process of music conception, and “learned” from seven countries, so that Jade Butterfly won the championship of the global Chinese song list in that year and became the best album recognized by the Hong Kong record industry.

In the film circle, Nicholas Tse’s dedication is well-known. In the new police story, there was a hanging play in the air. He didn’t have to work as a substitute and was strangled by the rope. In later works, all the plays went to battle in person, his fingers were deformed and his arms couldn’t be straightened, but he pointed to his heart and said, “I still have a fire in it.”

Nowadays, Nicholas Tse is more calm when he does food programs and opens his favorite restaurants, but his obsession with details remains the same – the thickness of fish fillets should be the same, there should be no fingerprint on the plate, and if the dessert does not meet the standard, he immediately stops and apologizes to the guests.

He devoted himself to love and reveled in it. He is the highest selling male singer of Asian records, the first post-80s Hong Kong golden statue award winner, and the first “friend of Michelin” in history… All his strength is natural after hard work.

Dairy industry should also use “works” “Speak. Lanhe has the same extreme as Nicholas Tse – Lanhe knows that without good milk source, it can’t make good milk powder, so he improves and cultivates sheep varieties, selects a new generation of East Frith sheep with excellent milk production performance, and builds a modern finished product factory and raw material factory in New Zealand and Italy through M & A and new construction, so as to build a new production base in China for internationalization The layout of production areas ensures more stable and high-quality milk source quality, raw material supply and production. 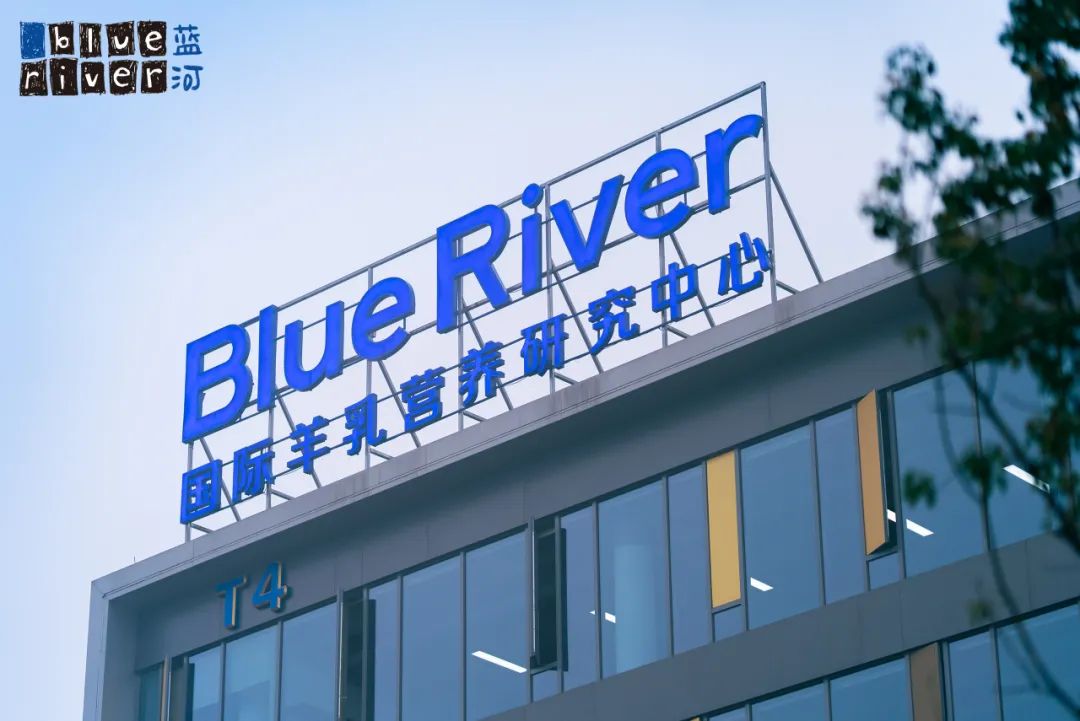 In addition, Lanhe also continuously improves its voice in scientific research. It independently controls D90 sheep whey raw materials with higher quality, and takes the lead in becoming the only brand in the industry that uses 100% sheep milk source whole fat milk and demineralized whey powder, which will be the “lifeblood of whey” Firmly in their own hands; set up an international sheep milk nutrition research center, combined with scientific research forces such as the Royal Academy of Agricultural Sciences of New Zealand and the University of Cagliari in Italy to focus on the development of new nutrition and new formula.

More than infant powder, the Lanhe adult series sheep milk powder selected by Nicholas Tse this time – light food Meiyan formula, breeding talent formula, vitality 40 + formula, and Xueba growth formula. Through a series of new products, the products have been continuously upgraded, so that consumers can have “more comprehensive formula nutrition and more high-end sheep milk powder” Care and choice. The rejection of mediocrity and the harshness of standards are rare sincerity in the times, and also bring people more trust and peace of mind.

“The so-called success is just one of countless efforts, which happens to be seen by everyone”. The real process of Nicholas Tse and Lanhe is the narrative track of the pursuit of the ultimate best, which has become the firm core of their hand in hand, and also gives their respective success a trace to follow. 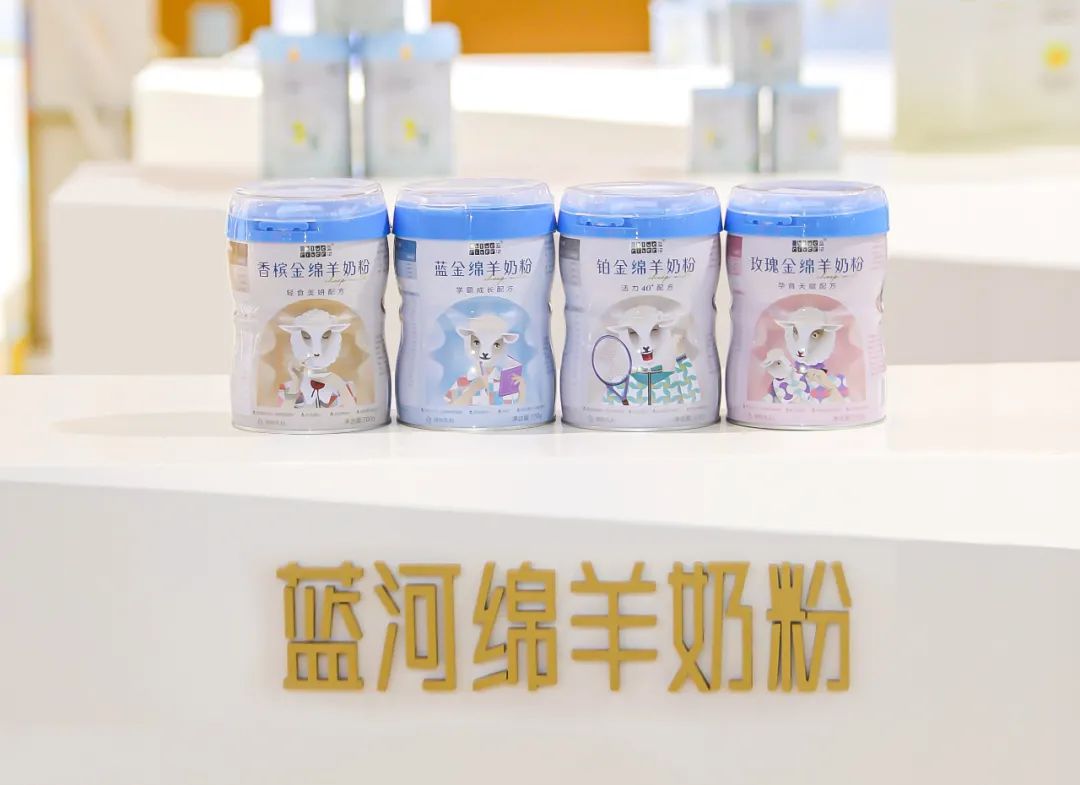 In this era, there are many pop stars who are short-lived, but there are always people who can stand firm after being squeezed by the entrants and baptized by time.

“Stop cooking and come back to filming!” after many years, “Chef” Nicholas Tse returned to the screen and played the villain Qiu Gangao in the serious case of anger. His superb acting skills and boxing to meat play were popular. After the film was released, the box office exceeded 1.315 billion and topped the list of Hong Kong films. People lamented, “Nicholas Tse is still the same Nicholas Tse”.

In October 2021, with a growth rate of 1502%, Lanhe was selected by Deloitte as the fastest growing enterprise in New Zealand in recent five years. Previously, Euromonitor, an international authoritative market research organization, certified that “Lanhe sheep milk powder is the world leader in sales”, tmall 618 and double 11. Lanhe is the first brand in terms of sales of infant goat milk powder. 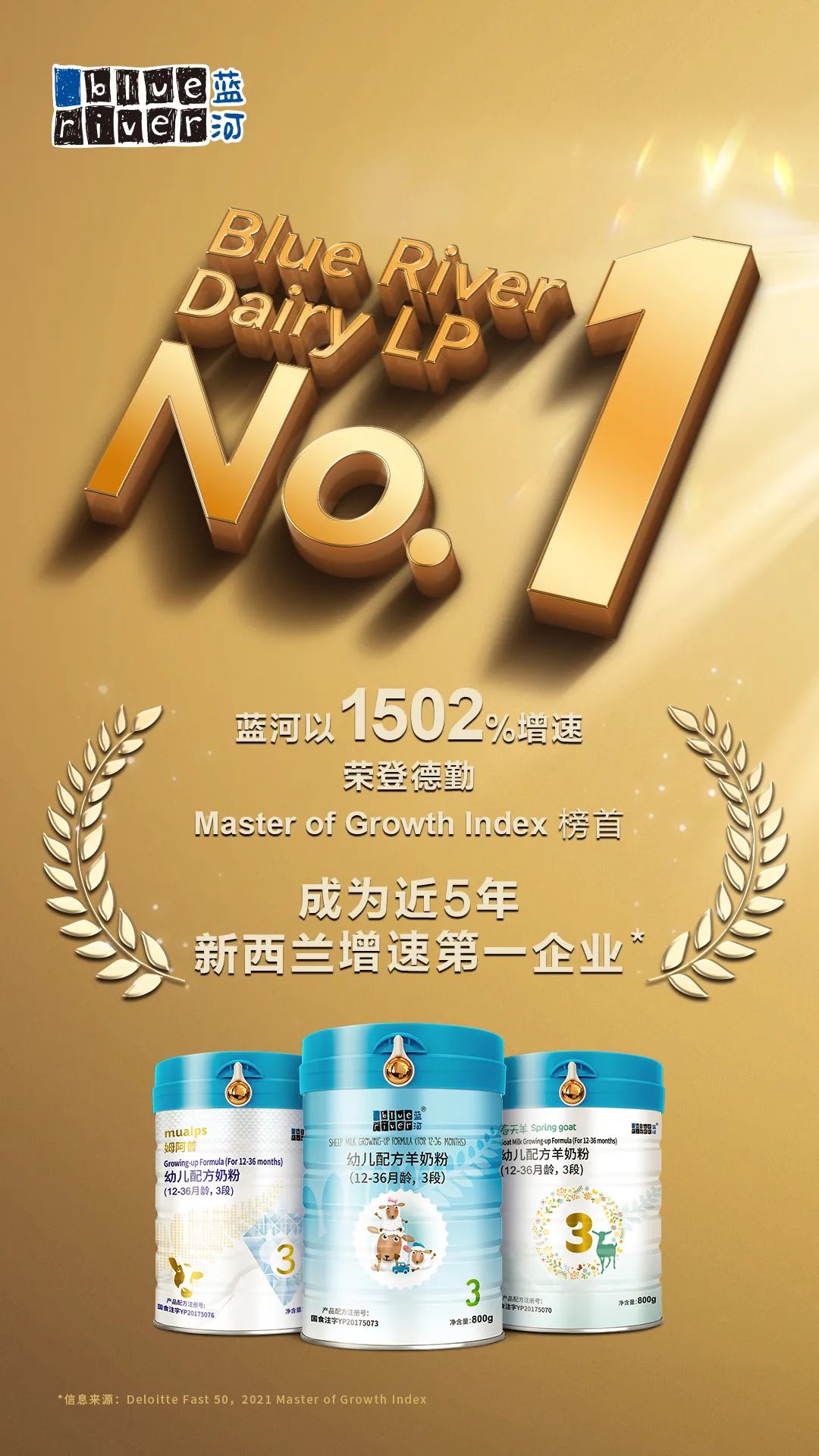 Like the idols of the times we love, the speeding up blue river precipitates its own strength step by step and catches the eyes of more and more new generation parents – recognized as “Hermes in milk” by Deng Wei, editor in chief of business fan , is the first choice for the famous agent Yang Nai Na to give gifts to new parents. It is favored by hedgehog drummer Shi Lu, young dancer Xie Xin, dota world champion team captain Wu Sheng and others… Blue river, a “new generation of high-end milk powder”, is creating its own fashion.

Nicholas Tse mentioned in the program, “Lanhe sheep milk powder, I’ve been drinking it recently”. On the way to surpass myself and pursue perfection, Lanhe and Nicholas Tse choose from each other, and the wonderful is just beginning.

[3] Comparison of physical and chemical properties of sheep milk and goat milk, technical manual of special milk, function and application of bioactive substances in dairy products