Not long ago, Fuling mustard just announced a maximum price adjustment of 19% for some of its products. The reporter visited the online and offline markets and learned that there are not many “sky high price Mustard”, especially on the e-commerce platform. The price of gift box mustard is generally above 100 yuan, and the highest price is 1521.9 yuan. The staff of Fuling mustard Securities Department said: we just belong to the expansion of series products and don’t consider relying on high-end products. The company’s performance is mainly improved through the main products (Volkswagen). (Shenzhen News Network)

On November 20, Pan Gang, chairman and President of Yili Group, released the four new value development goals of Yili at the leadership summit of Yili Group. He said that facing 2030, Yili will take high-quality development as the main line to achieve the four value leading strategic goals of “leading consumer value”, “leading social value”, “leading employee value” and “leading enterprise value”. “It will be the first dairy industry in the world in 2030, and the net profit margin will reach the global leading level in 2026!” (released by the company) 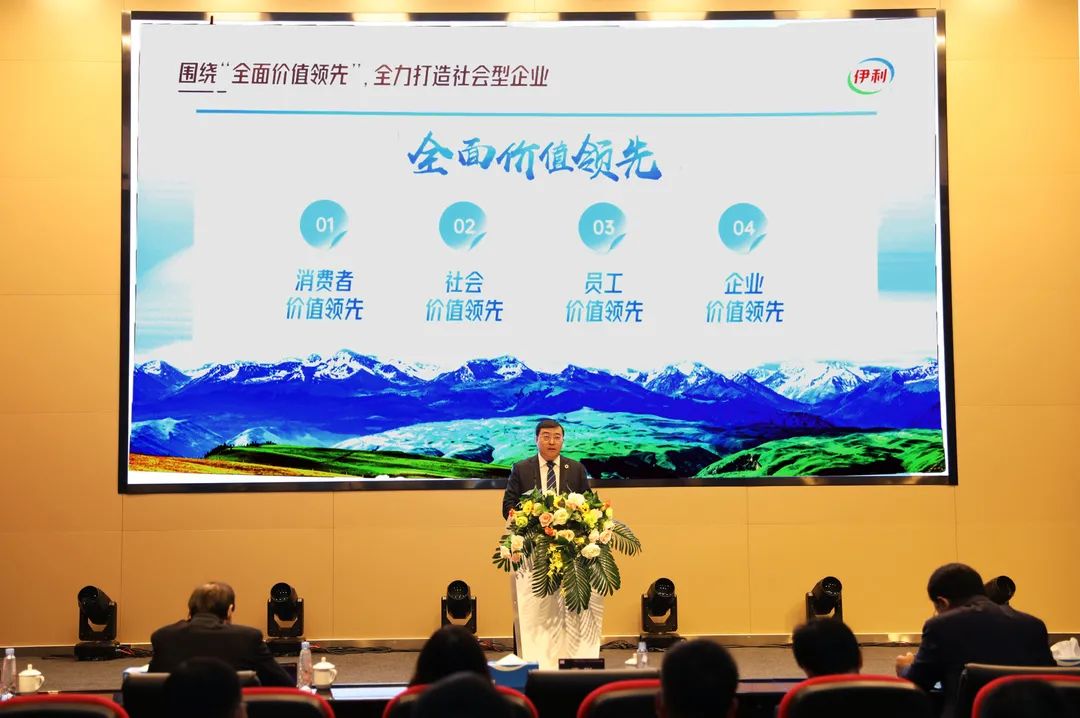 Bel group or intention to purchase products worth EUR 100 million

Recently, Bel group of France, one of the three largest cheese groups in the world, signed a letter of intent for tripartite strategic cooperation with Shanghai Textile Group International Logistics Co., Ltd. and Shanghai Yifeng Trade Co., Ltd., subordinate to Oriental International Group. The letter of intent indicates that Yifeng company is confident to purchase POM potes’ fayoule products worth 100 million euros from bel group from 2022 to 2026. It is reported that France’s milk production accounts for 15.13% of the EU and is the second largest milk producer in the EU. (China Business News Network)

According to tianyancha, fresh e-commerce Park supermarket has won a new round of strategic financing. The investor is IDG capital, and the financing amount has not been disclosed. For the current round of financing, on November 19, the Beijing News reporter interviewed Park Supermarket, and the staff replied that “it is inconvenient to disclose the details”. (Beijing News)

Since September this year, the preferred service area of orange heart has shrunk from 31 provinces to 9 provinces, the number of people has decreased from 16000 to 5000, and the single quantity has dropped from 12 million at the peak to only 2 million. It seems that there will be no new story until orange heart preferred decides to turn its focus to the wholesale business. Orange heart is a community e-commerce retail platform built by Didi, and its new Incubation Platform “orange wholesale” is a platform for matching retail terminals such as small supermarkets and husband and wife stores to trade with wholesalers. (lastpost later)

On November 20, the “food bank” of Hunan KFC was officially unveiled at the KFC restaurant on new Dongfeng Road, Changsha. It is understood that as early as September 2020, KFC launched food banks in Shenzhen, Guangzhou and other markets. By October 2021, KFC had opened more than 120 food banks in 25 cities across the country. (Sanxiang Metropolis Daily)

JBS, the world’s largest protein company and the world’s second largest food company, reached an agreement to acquire a controlling stake in biotech foods, a Spanish company. The deal marks JBS’s entry into the protein cultivation market, including the production of food through animal cells and the expansion of production scale by investing in a new plant in Spain. In addition to this acquisition, JBS also announced the establishment of Brazil’s first protein cultivation R & D center. Overall, JBS will spend $100 million on these two projects. (issued by the company)

Recently, chobani, an American yogurt company, officially submitted a prospectus to the securities and Exchange Commission (SEC), with a market valuation of more than US $10 billion. According to the prospectus, the net sales of chobani yogurt products in 2020 and the nine months ended September 25 this year were US $1243.7 million and US $1045.2 million respectively. In the same period, the company’s net sales of oat milk, coffee partners, ready to drink coffee and probiotic drinks were US $157.7 million and US $167.8 million respectively. In terms of coffee business, it has also been on the U.S. market since January 2021 and April. (snack generation) 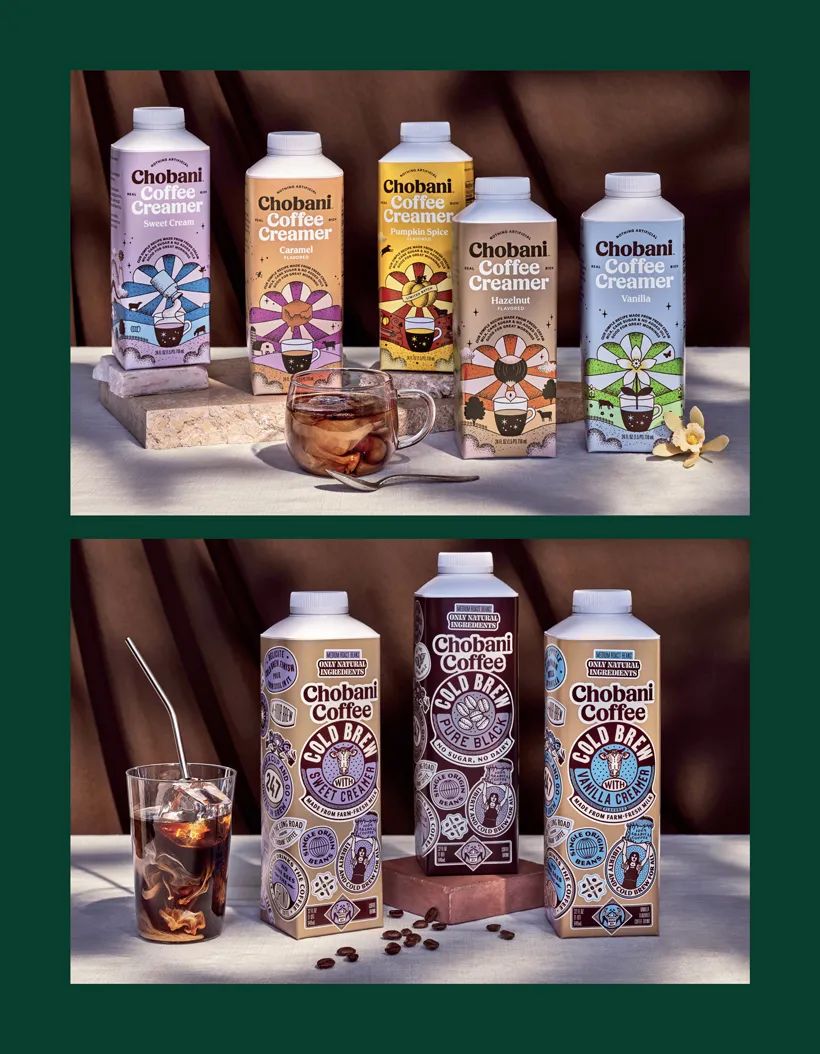 On November 20, the surging news reporter found that the official website of the National Bureau of Statistics recently published China Statistical Yearbook 2021. According to the data, the national birth rate will be 8.52 ‰ in 2020. Zhang Cuiling, a researcher at the China Center for population and development, quoted the Chinese fund newspaper as saying: COVID-19 not only affects the level of human death and reduces the life expectancy of mankind, but also further reduces the fertility level and changes the demographic structure of the post epidemic era. (surging)

In the first half of the year, China’s imported coffee beans increased by 104.3% year-on-year

According to the data released by the General Administration of customs, China imported 61.77 million kg of coffee beans in the first half of 2021, a year-on-year increase of 104.3%; The total import volume was 238 million US dollars, a year-on-year increase of 76%, benefiting many countries such as Britain, Brazil, Ethiopia and Kenya. (dongfang.com)

Milk production in the United States is historically weak, which may indicate the rising cost of dairy products. According to data released on Friday, the raw milk yield of dairy cows in the country is lower than that a year ago for the third consecutive month. Nate donnay, director of dairy market insight at stonex group, said that the last time this happened was more than 20 years ago. (Bloomberg)

Payment license has gradually become the “standard configuration” of Internet manufacturers. Following Didi’s travel, byte beating and pinduoduo, BiliBili (hereinafter referred to as station B) has also officially joined the “payment licensing army”. On the afternoon of November 19, the auction results of 65.5% state-owned equity of Zhejiang Yongyi electronic payment Co., Ltd. (hereinafter referred to as “Yongyi payment”) revealed that the buyer was Shanghai Kuanyu Digital Technology Co., Ltd., the main company of station B, with a transaction price of 118 million yuan.

McKinsey & Co. has agreed to pay $18 million to settle the SEC’s allegations of insider trading.   According to SEC documents, McKinsey’s partners provided bankruptcy services for companies such as alpha Natural Resources Inc. (AMR) and SunEdison Inc. through the consulting company, and obtained important non-public information of these companies. At the same time, Mio partners Inc., another subsidiary of McKinsey, manages partners’ pension funds and invests in external hedge funds investing in these companies. Dow Jones