Snack generation noted that today, Bloomberg quoted “people familiar with the situation” as saying that monster beverage Corp., an energy beverage manufacturer, is discussing mergers and acquisitions with constellation brands Inc. The person said talons had discussed a potential deal with the consultant.

It is worth noting that the rumor of this transaction actually involves another beverage giant Coca Cola, because the company is one of the major shareholders of talons. This means that if the above transaction is concluded, the exclusive distribution agreement previously reached between magic claw and Coca Cola is likely to change significantly.

Snack generation introduced that as early as 2014, Coca Cola announced that it would take a stake in Talon company for us $2.15 billion and acquire its 16.7% equity. Subsequently, claw will expand in the international market through Coca Cola bottling system. In China, Talons are also “operated” by Coca Cola bottling partners, responsible for production and distribution.

In the field of global energy drinks, Coca Cola, holding the “magic claw” card, ranked second in market share in 2019. So, including the Chinese market, will claw and Coca Cola, a seven-year global strategic alliance, face “breaking up”? Will the global pattern of energy drinks usher in a new round of reshuffle? 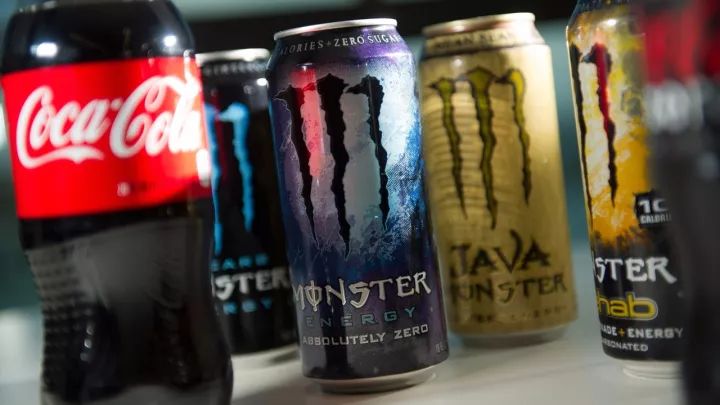 For the market news of talons or M & A transactions with constellation group, Kenneth Shea, a senior analyst at beverage and tobacco companies, told Bloomberg that the relationship between talons and coca cola may become the crux.

“I think such a deal, if it takes effect, will endanger the exclusive distribution agreement between talon and Coca Cola, which may hinder its international growth ambition,” Shea said.

Coca Cola did not immediately respond to the market news.

Statistics show that before Coca Cola and Talon reached cooperation, the energy beverage brands owned by this beverage giant in the world include burn, NOS, full throttle, BPM and relentless. In 2014, Coca Cola announced that it would acquire 16.7% of the equity of Talon company with us $2.15 billion. 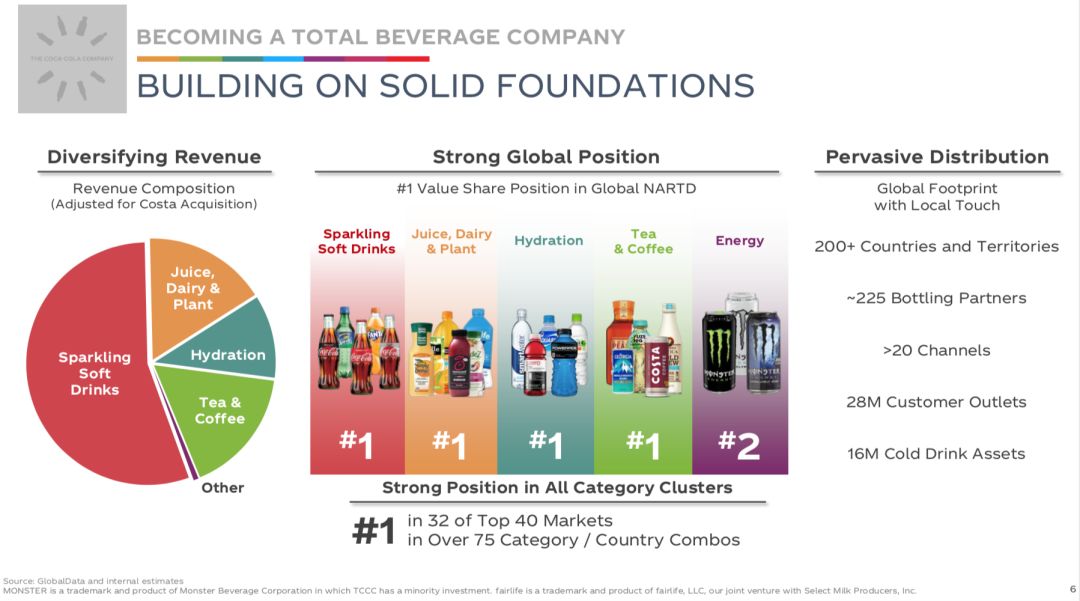 According to the cooperation agreement between the two sides, Coca Cola injected the above energy beverage business into talon, which transferred its non energy beverage brand to Coca Cola. Meanwhile, claw will expand in the international market through Coca Cola bottling system. As part of the agreement, Coca Cola agreed not to compete in the category of energy drinks, but there are exceptions.

In recent years, Coca Cola is accelerating its transformation to a full category beverage company. As a fast-growing beverage category in the global market, energy drinks are naturally seen by this beverage giant and are not satisfied with “maintaining the status quo”. This has also triggered friction in bilateral relations.

The snack generation introduced that in April 2019, Coca Cola company launched “Coca Cola energy beverage”. Talons therefore took Coca Cola to court, saying the move caused competition with talons and violated the cooperation agreement reached between the two companies in 2015. But then in July 2019, Coca Cola won the arbitration. Under the terms of the contract, Coca Cola can sell its own brand energy drinks worldwide. 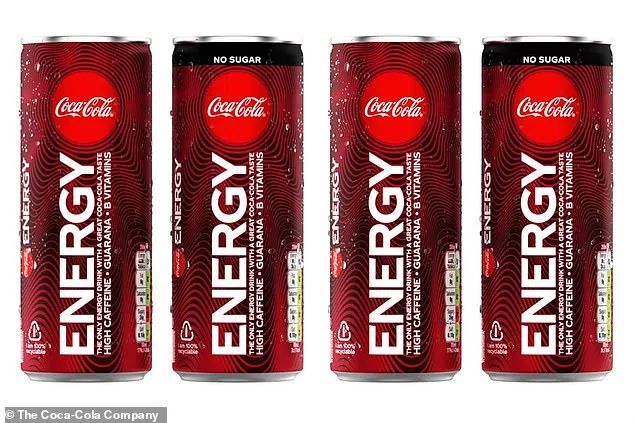 Time “fast forward” to 2021, in addition to the cooperation with talons, Coca Cola continues to sell in the field of energy and sports drinks.

In June this year, Zhan kunjie said that the beverage industry has two biggest growth drivers, one of which is consumers’ demand for energy, recovery and “charging”. Therefore, the Coca Cola brand has entered the field of energy drinks. The cooperation between Coca Cola and Talon continues to perform well, and other categories also perform well, including the sports beverage brand bodyarmor. 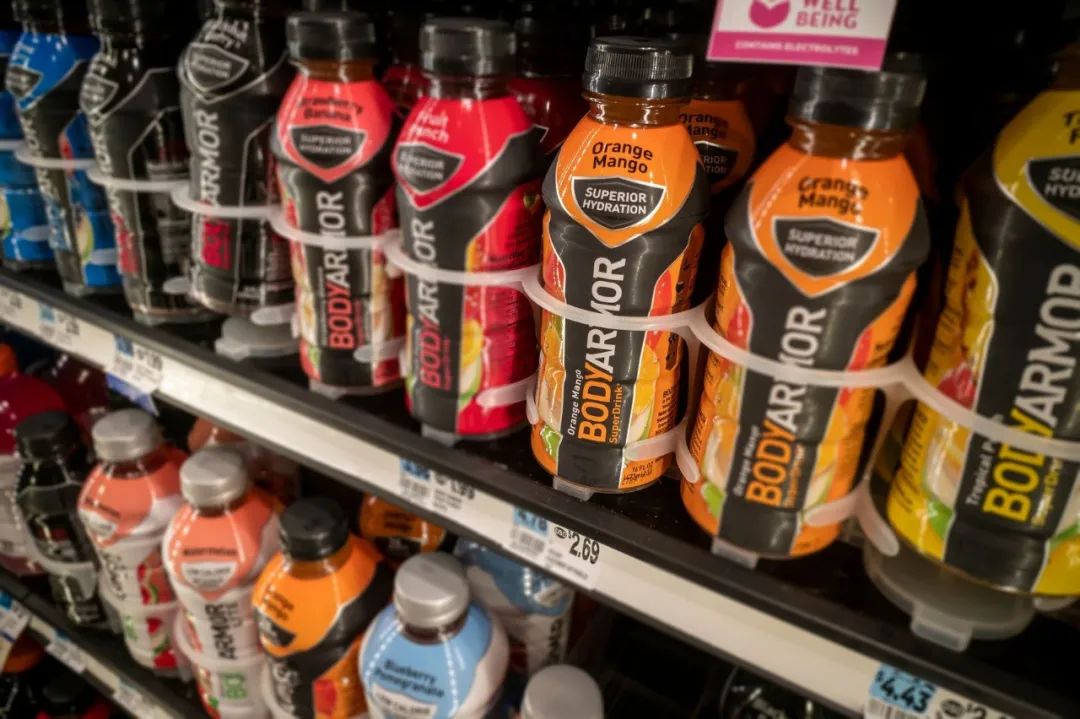 At the beginning of this month, Coca Cola also made a sky high “balance payment” acquisition. The company announced the acquisition of the remaining 85% of the shares of sports beverage brand bodyarmor for up to US $5.6 billion (equivalent to about RMB 36 billion), realizing its wholly-owned ownership. This is another “huge” acquisition after Coca Cola acquired Costa coffee with us $5.1 billion in 2018; At the same time, this is also the largest brand acquisition in the history of the company.

Despite the impact of the epidemic, the latest global sales performance of magic claw rose against the trend. Snack generation noted that earlier this month, the energy beverage giant released its third quarter results of 2021. During the period, global net sales increased by 13.2% to US $1.41 billion, a record high.

However, the performance of magic claw in China is difficult to say and very optimistic.

Looking through the performance meeting held by Wall Street analysts today, Rodney sacks, CEO of magic claw beverage, mentioned that in the Asia Pacific region, the net sales in the third quarter of 2021 decreased by 1.6% in US dollars and 2.2% in local currency compared with the same period in 2020, mainly due to the sales performance in Japan and China.

“Compared with the same period in 2020, the net sales of magic claw in the Chinese market decreased by 13.5% in dollar terms and 20.4% in local currency terms,” sacks said. At the same time, he stressed, “we are optimistic about the future of the magic claw brand in China.”

An example of “long-term confidence” is that Coca Cola bottling partners are also increasing their claw capacity in the Chinese market. Xiaoshidai introduced that in January this year, the first batch of claw energy flavor drinks made in Sichuan officially went offline in Chengdu, Sichuan, and COFCO Coca Cola beverage (Sichuan) Co., Ltd. has also become the first claw production base in Southwest China. 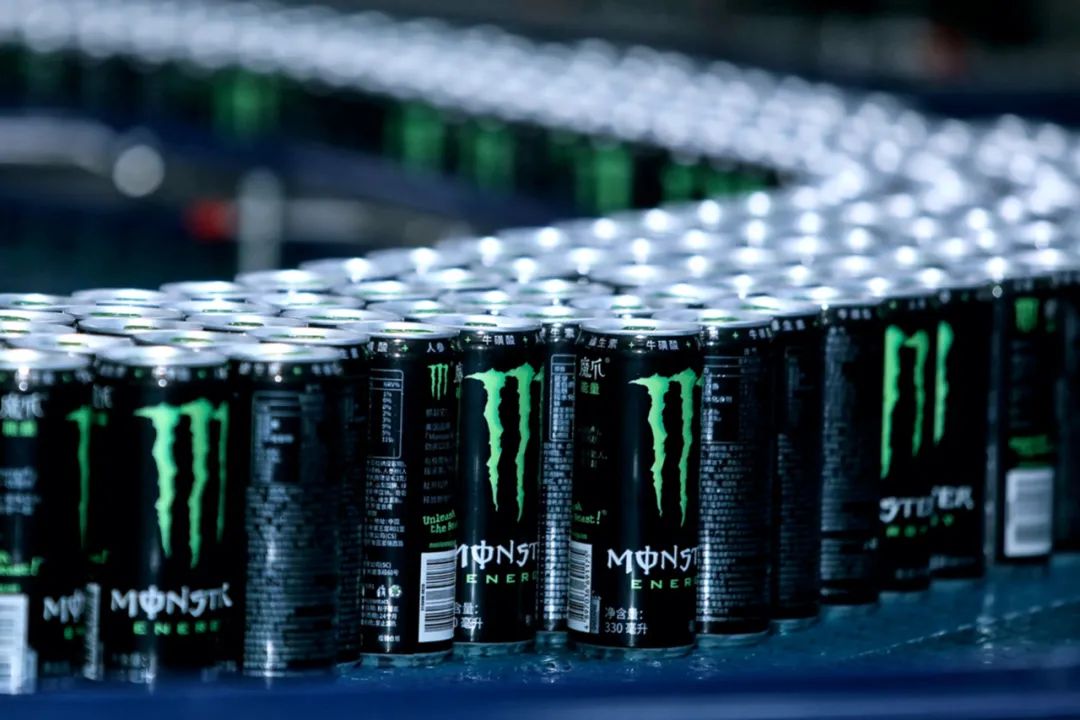 It is worth noting that sacks mentioned at the meeting that the claw is “reassessing the best product series for the Chinese market in the future”.

Xiaoshidai introduced that claw officially entered the Chinese market in 2016. At present, it is produced and distributed through COFCO and Swire’s two Coca Cola bottling systems in China. At first, magic claw introduced only one gas containing product in China, but so far, it has launched gas-free and sugar free products in China.

Although relying on Coca Cola, it is not easy for magic claw to “take a share” in China’s energy beverage market.

Today, according to the data obtained by snack generation from Euromonitor Euromonitor, in 2020, there is no doubt that red bull will still be the “dominant company” in China’s energy beverage market, accounting for 41.2% of the market share. Dongpeng teyin (16.9%) and zhongwo (14.9%) ranked second and third respectively. The claw ranked seventh, with a market share of 0.8%. 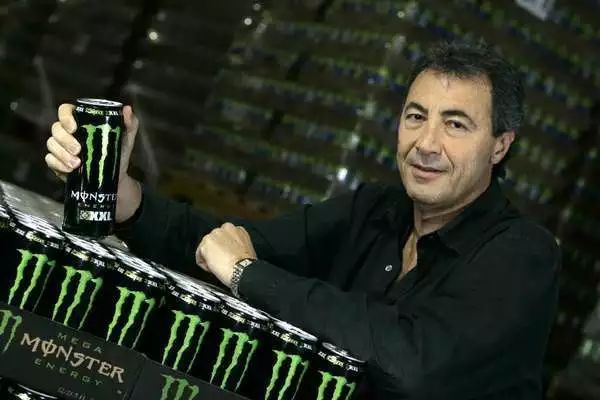 In fact, Coca Cola China, which has a huge distribution channel, may not be as easy as people think if it wants to operate magic claw energy drinks well.

For example, sacks disclosed in 2017 that the distribution of talons in China has encountered some challenges, mainly because the shelf space is difficult to ensure. If it is difficult to find a suitable position for the product, Coca Cola bottling chamber of Commerce will put talons’ drinks in Coca Cola’s freezer.

“Consumers don’t want to go to Coke’s freezer to find a can of energy drinks,” sacks said. “In fact, putting our products in Coke’s refrigerator is not the most important, but must be placed next to red bull. If you have a second tier distribution point – it’s always good, then you can regard Coca Cola’s refrigerator as a second tier distribution network.”

A spokesman for another “gossip star” constellation group declined to comment on the above market news.

Today, Bloomberg quoted “people familiar with the situation” as saying that any transaction of constellation group also needs the support of the sands family, which will build the company into a world-famous beer, wine and spirits company.

Senior analyst Kenneth Shea believes that there is “almost no synergy” between the two companies, because regulators will not welcome drinks mixed with caffeine and alcohol. “The products produced by” (both sides) must use their own brands, but pay attention to the limitations of product formula “. 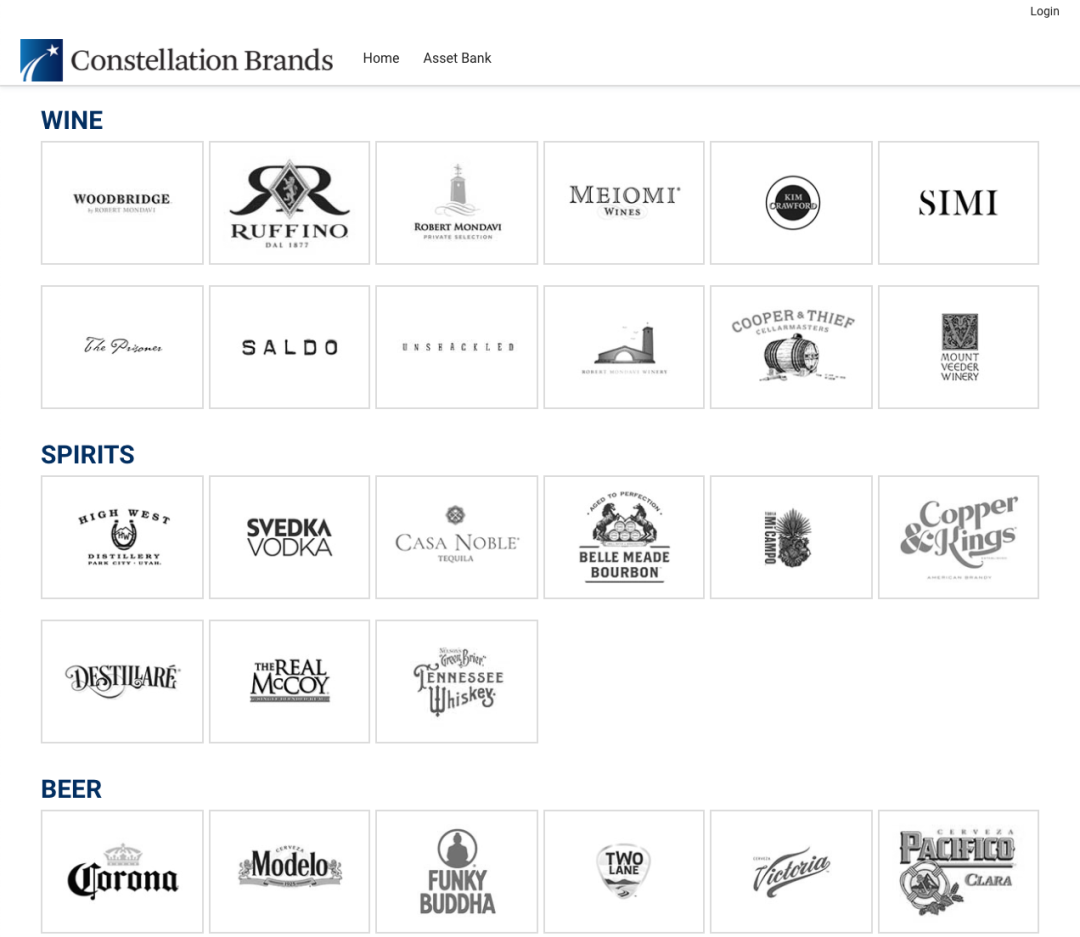 Statistics show that constellation group, headquartered in Victor, New York, began to engage in wine production in 1945. At present, constellation group sells beer such as Corona Extra and modelo especial in the United States, as well as Casa noble tequila, svedka vodka and high West whiskey.

At present, in the Chinese market, constellation group mainly sells its wine brands Robert Mondavi (Robert Mondavi) through distribution partnerships, and does not involve non-alcoholic beverage categories such as energy drinks.

According to public data, in 2014, the group reached a long-term strategic cooperation relationship with Huazhi wine Chain Management Co., Ltd. to jointly develop Mondavi’s business in China. Subsequently, in 2019, constellation Group signed a new distribution agreement in mainland China, announcing that 16 area wine in Guangzhou was its exclusive distributor to sell Mondavi and other products. “The transaction between constellation group and Talon may be very interesting. It is said that Talon is considering CBD (i.e. beverages containing cannabis diphenol) or hard soda, but it is also worried that this may damage the company’s image.” Bloomberg pointed out today that constellation group holds nearly 40% of the shares of Canadian company canopy growth, which sells cannabis drinks containing THC in Canada.