At the end of the year, the “big moves” of various brands are being announced one by one. Recently, the Quaker brand of PepsiCo officially released the brand’s first salty cereal with high nutritional value for leisure scenes: Seafood cereal crisp.

It is understood that the above new products are the heavy achievements of the brand’s disruptive innovation. Xiaoshidai introduced that PepsiCo Quaker internally divides product innovation into “disruptive innovation” and “agile innovation”. The former is to lead market development, break through innovation and invest high marketing resources; The latter will give priority to speed according to the market trend, quickly test the market through e-commerce channels, quickly evaluate the effect and expand channels. 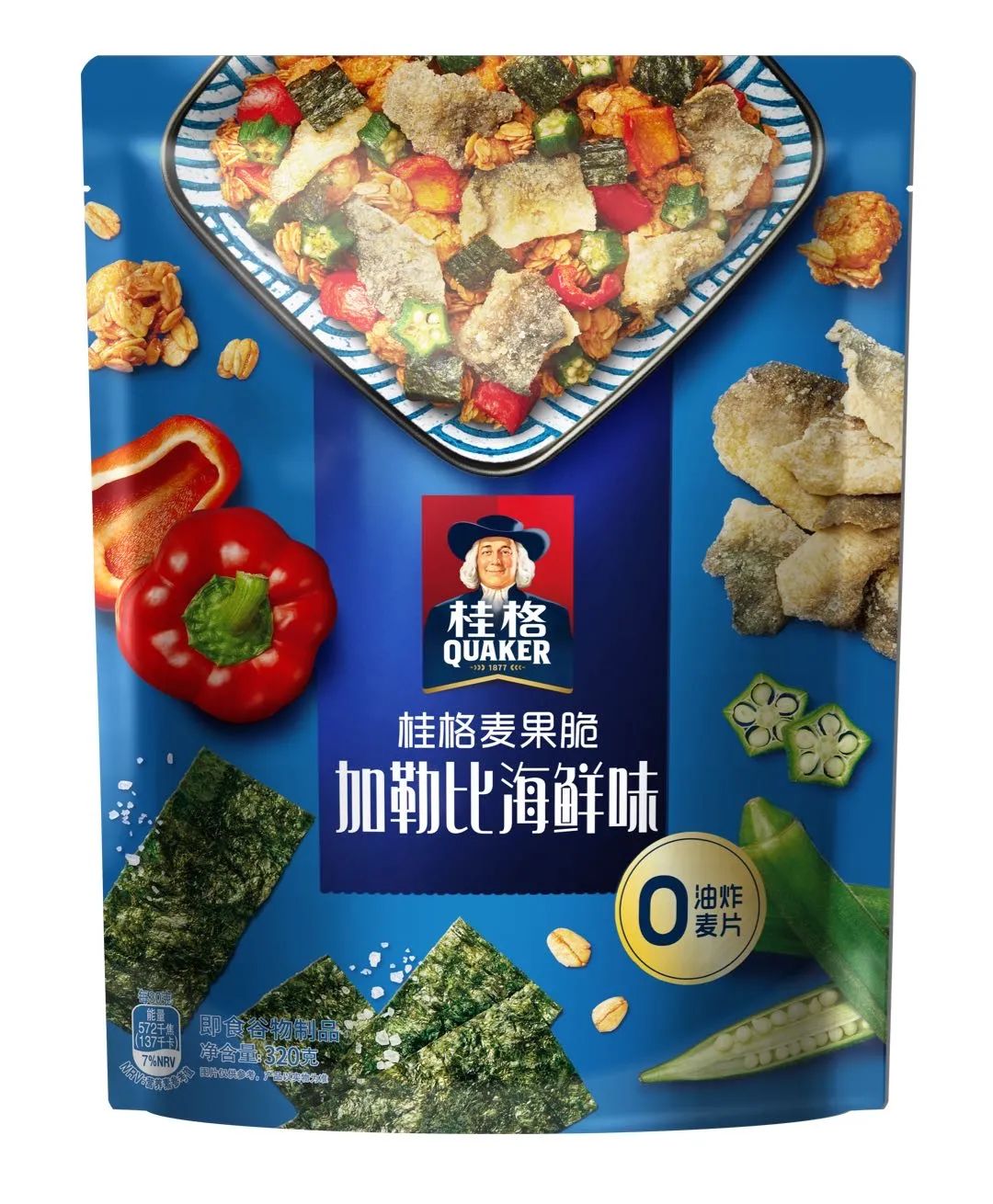 Previously, the research on the consumption trend of leisure food in the new consumption era released by the circulation industry promotion center of the Ministry of Commerce showed that with the improvement of residents’ income level and national consumption capacity, the consumption potential of leisure food has been continuously released, and the industry has realized rapid expansion. It is expected that the market scale of China’s leisure food industry will exceed 1.4 trillion yuan in 2021. PepsiCo Quaker also aimed at this huge market and built its first snack product from the idea of c2m.

So, what’s the difference between this “King fried” new product and ordinary oats? How was it born? Where is innovation embodied? How has the response been since the listing? Next, let’s have a look.

The innovation of Quaker products is inseparable from in-depth insight into consumers. The snack generation learned that at the beginning of the project, Guige first started with consumer research and found that the main needs of consumers for cereal products are nutrition, health and delicious, and consumers actively mentioned the taste demand for salty cereal. Considering that most of the market are sweet cereal, salty cereal is undoubtedly a blue ocean market.

Then, the brand deeply cooperated with Alibaba big data and found four major consumer needs for salty cereal snacks: taste is the basic demand; Composition is the core factor of re purchase assessment; Efficacy (nutrition and health) is the key point of difference; Consumption scene is the place where empathy arises. Seafood macaroni crispy was born to meet these needs.

Compared with the common mixed oats on the market, PepsiCo Quaker’s new products not only focus on the fresh salty taste, but also have rich materials and distinctive selling points, focusing on “protein, light salt, light truck and 0 frying”.

It is reported that in terms of flavor, seafood macaroni is mainly Caribbean seafood, and there are many “treasures” in the ingredients. There are not only cereals such as baked oatmeal and crispy grain, but also dried vegetables such as okra diced and crispy red pepper, as well as seaweed slices, salted egg yolk flavored fish skin and other ingredients loved by Chinese consumers.

In terms of composition, seafood wheat fruit crisp emphasizes the supply of protein. The data show that the protein content of each product is equal to 2.5 times the protein of the same weight of milk. [1]

In terms of efficacy, the three major benefits of light truck, light salt and 0 frying point to health needs, aiming to hit young people with strong demands for fat reduction. The above new product data show that in terms of calories and fat content most concerned by consumers, the fat content of each product is much less than a barbecue potato chip, which is 47% lower. At the same time, the sodium content of each product is much less than that of equal weight noodles, and the content is reduced by 34%. [2]

In terms of scenes, this instant cereal aims at diversified needs and basically covers all work and life scenes of young urban women, from office naps, chatting and drama chasing to leisure parties and so on. 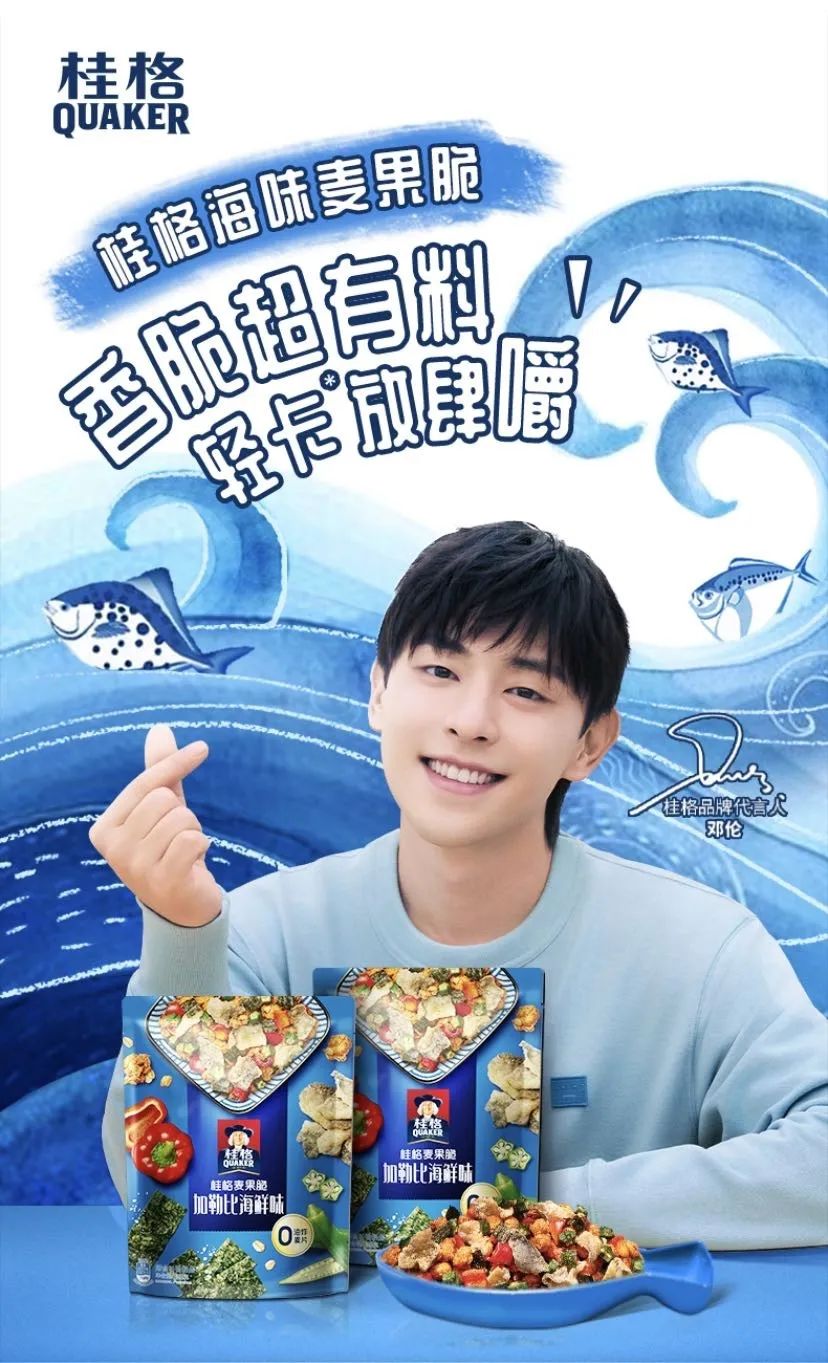 While making efforts to product innovation, Quaker is also actively exploring the field of big data marketing. It is understood that through cooperation with third-party platforms such as Ali, Quaker has made many breakthroughs in accurately reaching consumers, effectively conveying information and draining private domain marketing.

Specifically, Quaker first obtains a clear portrait of target consumers through the acquisition and analysis of big data based on its own database, and looks for similar groups to enlarge the launch; Secondly, the company took the lead in using artificial intelligence, combined with big data analysis, and accurately combined with the needs of different consumers to push corresponding advertising information, so as to maximize the conversion rate; Third, Guige is committed to transforming “public domain traffic” into “private domain traffic”, so as to achieve more effective user management and secondary touch.

As a “disruptive innovation” product of PepsiCo Quaker, seafood macaroni has been widely promoted and exposed by social media and various media channels since its listing. It is understood that more than a month after listing, the search index of seafood wheat fruit crisp is four times that of last year’s core product live fungus wheat fruit crisp.

Looking at the evaluation of the e-commerce platform, this product has also won a lot of five-star praise among consumers, from “the ceiling of the snack industry”, “simply opening the door to the new world” to “can’t help but want to take it up to eat”. In addition to creating freshness, seafood macaroni also meets consumers’ pursuit of delicacy. 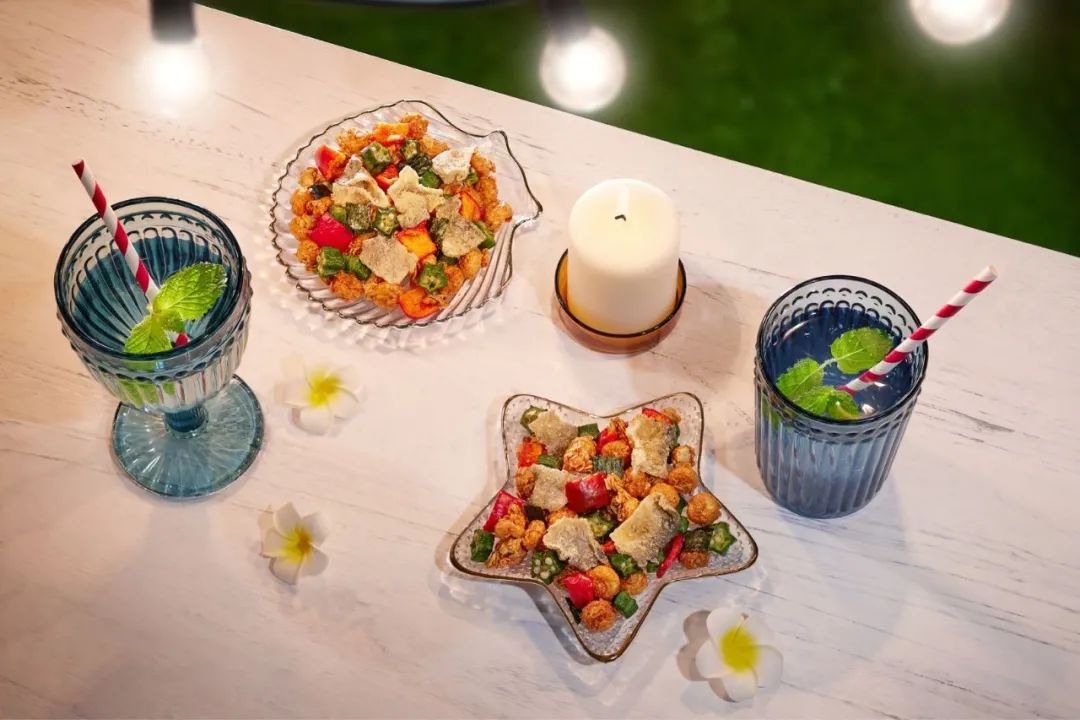 At present, PepsiCo Quaker has a rich product portfolio in China. The brand has expanded its product line from breakfast nutrition hot washed grains to a product portfolio covering nutrition, fitness, healthy snacks and other scenarios. Quaker has more than 50 SKUs, including hot punching, super grain, cold punching, grain based meal substitute powder and so on.

Behind the huge SKU and frequent innovation is a set of mature innovation methodology explored by PepsiCo Quaker.

it is reported that Guige has a mature “big data + small data” model to carry out R & D and innovation according to the needs of different Chinese consumer groups. On the one hand, the company uses big data to identify the segmentation needs of consumers and explore consumption trends and directions; On the other hand, supplemented by small data, improve product creativity through qualitative analysis of consumer interviews.

In the past year, PepsiCo Quaker has launched a number of popular models with full sense of topic, which also reflects the expansion direction of PepsiCo Quaker: starting from the nutritional and health needs of consumers, PepsiCo Quaker continues to maintain its leading position by rapidly developing new cereal segments.

Specifically, PepsiCo Quaker has made innovations in fruit cereals and multi grain cereals. In the field of fruit cereal, in July this year, Quaker innovatively launched coffee cereal crisp. Coffee not only conforms to the taste of breakfast scene, but also contains rich dietary fiber, and has health protection of 0 fried cereal, 0 pigment formula and 0 trans fatty acid. In the Chinese market, it has seized the new track of “chewing Arabica” oatmeal coffee. 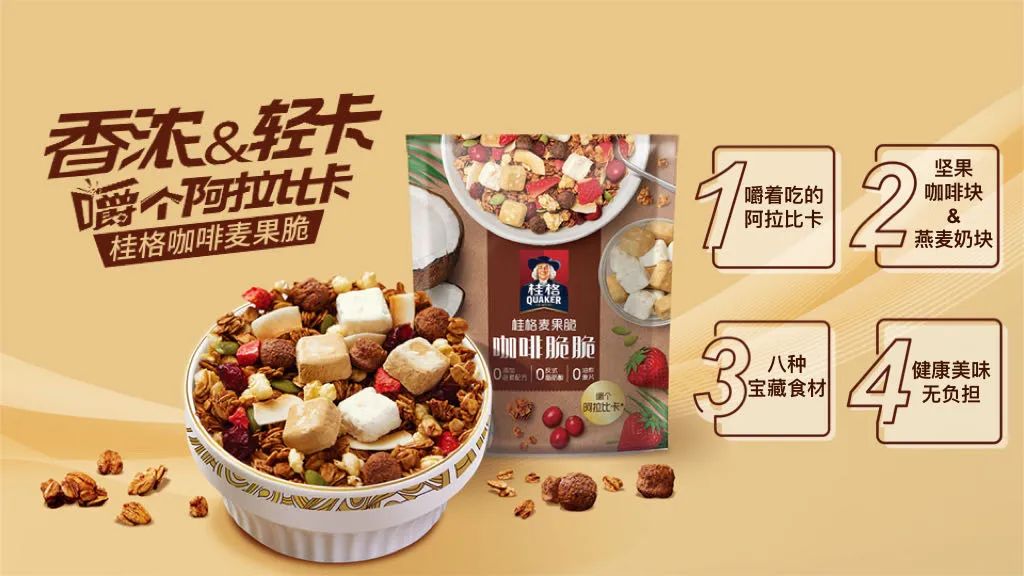 In the field of multi grain Cereals, after the success of Quaker 5 black cereals listed last year, Quaker has made persistent efforts this year to launch Quaker 5 red Cereals, which continues the “Chinese food tonic wisdom”, and adds the vigorous ingredients of red dates, red beans, red rice, medlar and longan to meet the needs of consumers for convenient health preservation through scientific proportion. Xiaoshidai learned that thanks to its strong product matrix, PepsiCo Quaker also made a good start in the past double 11 this year, ranking first in the sales of instant cereal in tmall supermarket and jd.com; among them, the sales of tmall supermarket in the whole phase of double 11 increased by 38% year-on-year, leading the classification of cereal. In the past three years, as one of the leading cereal nutrition brands in the Chinese market 1、 PepsiCo Quaker also continues to lead in the market share of e-commerce channels.

At present, Quaker, with an annual retail sales of more than US $1 billion worldwide, has become a very important “trump card” in PepsiCo’s hands, and the importance of the Chinese market to PepsiCo and Quaker’s brand is self-evident.

As the Chinese market has become a must for food giants, the focus of this competition is how to play the “trump card”. As a well deserved “health responsibility” of PepsiCo, Quaker is also showing its strength and vitality to the market under the increasingly strong health demand of consumers.

From nutritious breakfast, delicious substitute meals to healthy snacks, Quaker not only dares to think but also to do, looking for increment in a larger market, which is its vitality. More importantly, behind the flexible transformation of “sweet and salty” is its mature data-driven mode and strong brand and R & D level, which is its strength accumulated as a century old brand.

We will wait and see the new story of PepsiCo Quaker in the future.