Haidilao fell sharply again today, down nearly 7% to HK $18.34. Its share price hit a new low since February 2019. Its market value once fell to HK $100.3 billion, and its market value of HK $100 billion was in jeopardy. (gelonghui, xiaoshidai)

Nongnongshan spring fell to 10% today, closing at HK $45.80, down 6.34%. The company’s expectation of being selected into the constituent stocks of Hang Seng Index failed, and China Resources beer, ENN energy, JD and Netease were included in the Hang Seng Index. （Wind、

According to the website of Shanghai market supervision bureau, on November 11, mengshite beverage (Shanghai), an affiliated company of magic claw energy beverage The company was fined 200000 yuan by the market supervision and Administration Bureau of Pudong New Area of Shanghai. The decision on administrative punishment shows that some winners in the country are unable to complete the cashing at nearby cashing points because the parties fail to screen the accuracy of the information of cashing points and cannot restrict the cashing points from fulfilling their cashing obligations. (interface News) 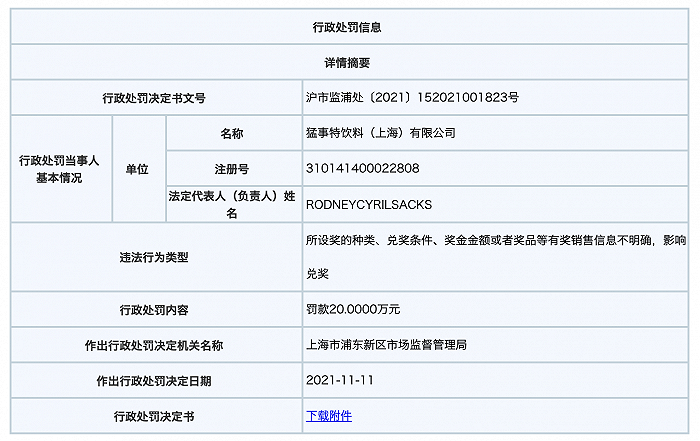 Fat brothers were fined more than 390000 for lack of weight

According to the national enterprise credit information publicity system, on November 10, Beijing yanghezheng catering Co., Ltd., an affiliated company of fat brother two meat crab pot, added an administrative penalty, because there was an obvious gap between the weight of its sea crab and the publicity content, and the internal regulations were inconsistent with its publicity content, which violated the anti unfair competition law Relevant regulations were ordered to make corrections and fined 399000 yuan. The penalty unit was Beijing Chaoyang District market supervision and Administration Bureau. (national enterprise credit information publicity system)

Wuhan Wuyin liangpin catering Co., Ltd. (hereinafter referred to as Wuyin liangpin), a new tea drink specializing in fruit tea, recently completed the first round of investment of hundreds of millions of yuan, which was invested by Jue fund. At the same time, the company announced its plan to open 5000 stores. (venture state) 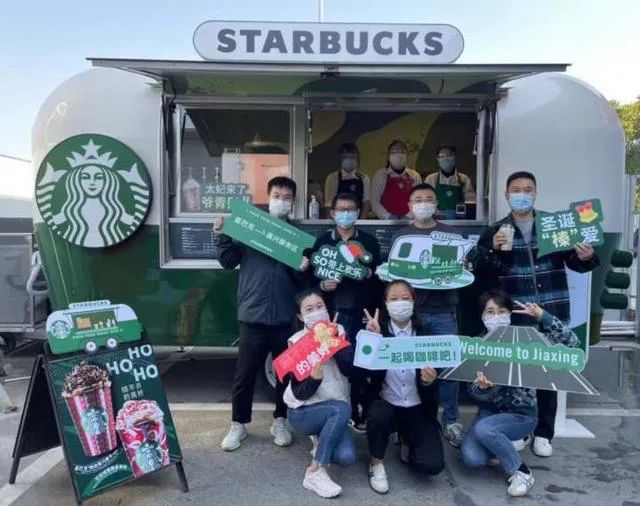 Sushi mother Food & life companies more than times. After opening its first store in Guangzhou in September this year, sushi Lang will focus on the Chinese market and plan to expand to 42-46 (according to news reports)

Carlyle Group recently said that its affiliates had agreed to acquire Korean coffee cake chain a twosome place from private equity fund anchor equity partners. According to the company’s filing documents, anchor equity partners won 20.25 billion (US $171.27 million) in 2019 He bought 45% of twosome from CJ foodville and held 73.89% of the coffee shop by the end of 2020. A twosome place was founded in 2002 and now has more than 1400 stores. (Reuters)

Recently, following the sustainable development plan of the United States and South Korea, Starbucks Japan has provided reusable cups to curb the use of disposable coffee cups. These cups are for takeout orders. Consumers can choose to put drinks into reusable stainless steel cups and then return them to Starbucks stores for disinfection and reuse. The project is being carried out in ten Starbucks in Japan In addition, as early as August this year, Starbucks Japan began to sell its food at a discount price before closing its stores to help reduce food waste. (timeout. Com) 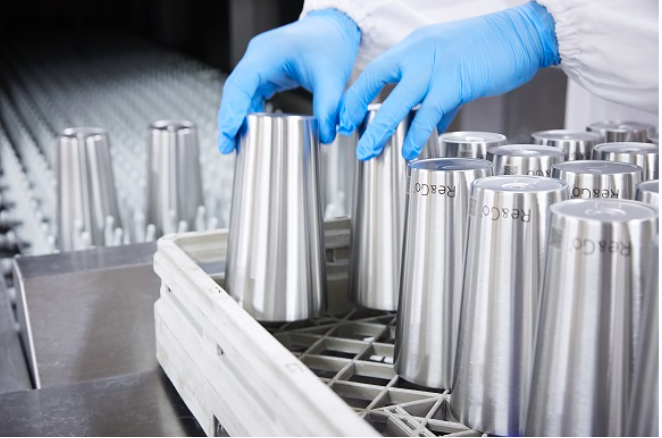 Recently, fan Yimou, former CEO of Danone, said that future CEOs will be very different from now. They are born to pay attention to climate change and have the skills to solve relevant problems, but large companies may not be able to recruit them“

Grain, oil, meat, eggs, vegetables and other livelihood commodities are in sufficient supply

On November 21, the national development and Reform Commission announced that China’s grain, oil, meat, eggs and vegetables and other important livelihood commodities are in sufficient supply, and there is a solid foundation for the stable operation of livelihood commodity prices. Although vegetable prices fluctuated in some regions and the prices of some daily consumer goods also increased by a certain margin, compared with the general “sharp rise” of prices in other major economies in the world, China’s price level is generally controllable. (Beijing Youth Daily)

On November 22, the reporter learned from the Shanghai market supervision bureau that recently, Shanghai handled the first case of administrative detention applying the provisions of paragraph 1 of article 123 of the food safety law. The party Zou was fined 276000 for buying smuggled beef and detained for 5 days. (CCTV news client) 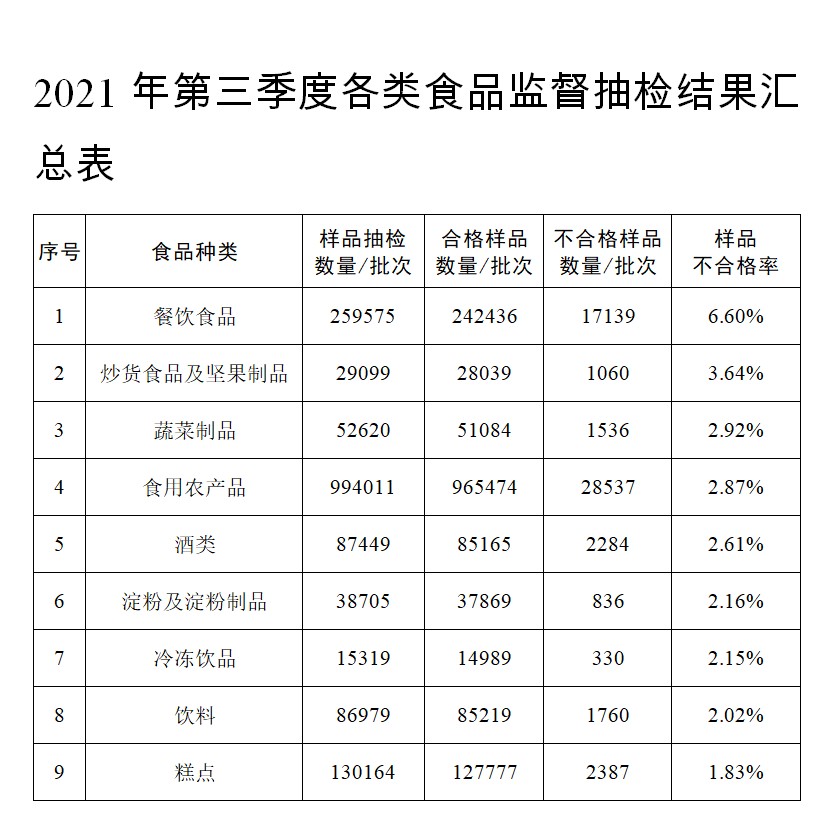 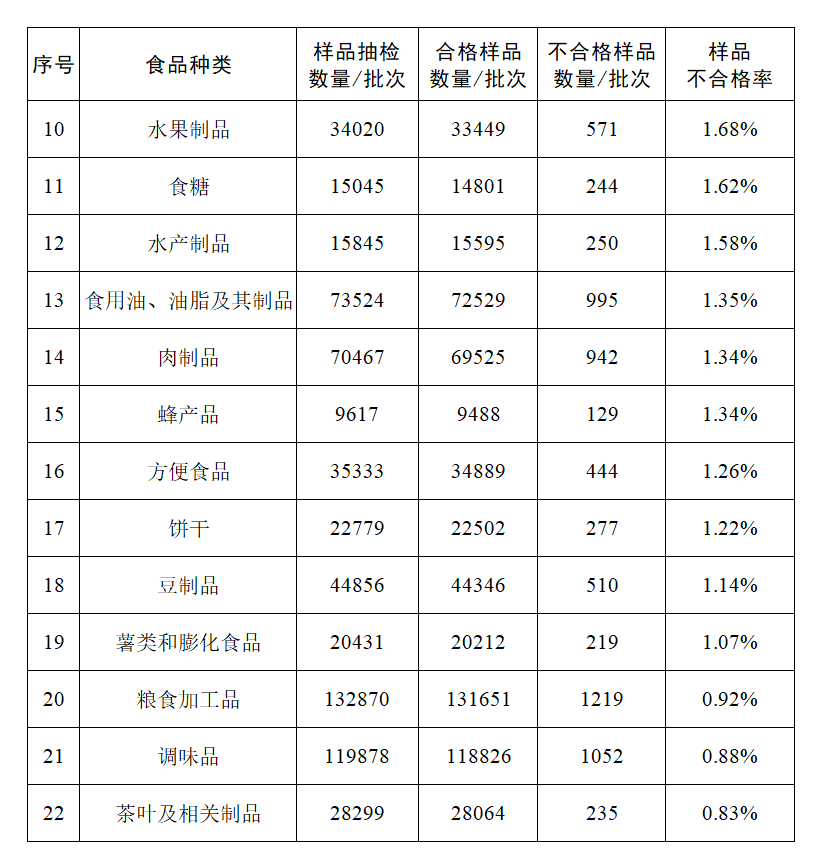 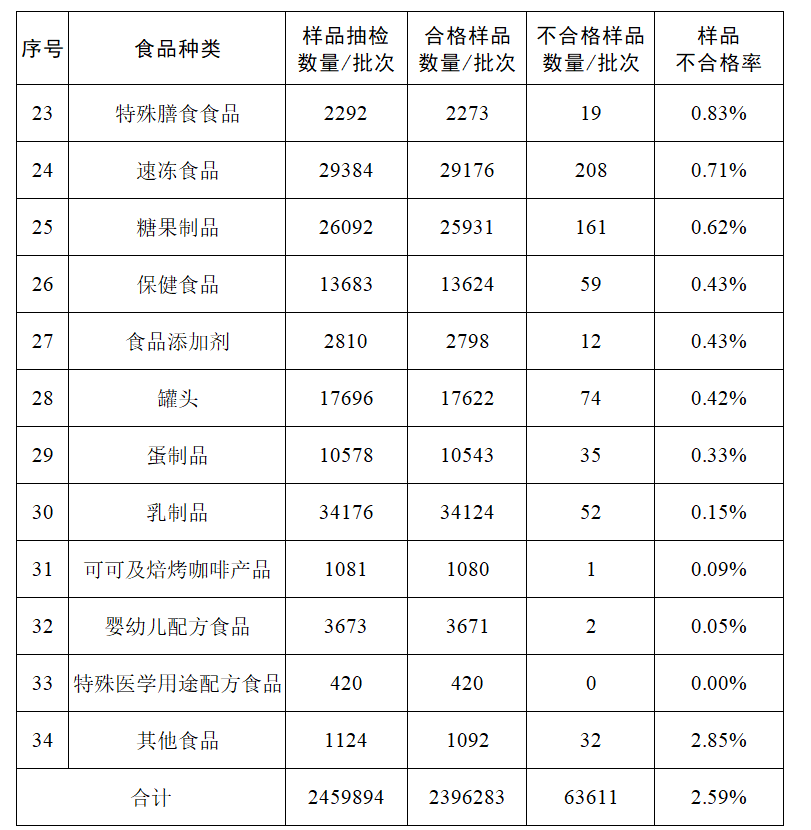 Suning Tesco sent a letter to all staff: strive to become a regular
EBITDA in November

Today, Suning Tesco issued a letter to all employees, saying that it would strive to realize the regularization of EBITDA (profit before tax, interest, depreciation and amortization) in November. The letter also revealed that Suning Tesco had cashed in rewards for 2464 employees who achieved sales targets in October. Huang mingduan, chairman of Suning Tesco, and Ren Jun, President of Suning Tesco, called on all staff to “not avoid problems or believe rumors”, devote all their energy to customer service and sales improvement, and make solid progress in the established direction. (Red Star News)

According to the tax department of Hangzhou City, Zhejiang Province today, network anchor Zhu Chenhui (microblog ID: Sydney Cherie) and Lin Shanshan (microblog ID: Lin Shanshan _sunny) will be prosecuted for tax evasion, collected late fees and fined 65.5531 million yuan and 27.6725 million yuan respectively. In addition, according to the Hangzhou Taxation Bureau of the State Administration of Taxation, through the analysis of tax big data, the tax department also found that other individual network anchors did not carry out self-inspection and self correction in the comprehensive tax management in the cultural and entertainment field, and were suspected of tax evasion, which was being inspected by the territorial tax authorities according to law. (Xinhua news agency, State Administration of Taxation, Hangzhou Taxation Bureau)

Sydney and Lin Shanshan apologize: we will deeply reflect and sincerely apologize

For tax evasion, network anchor Sydney and Lin Shanshan issued apology letters on their personal microblog respectively. They said they would deeply reflect and sincerely apologize. The full text of the letter of apology is as follows. (Beijing News) 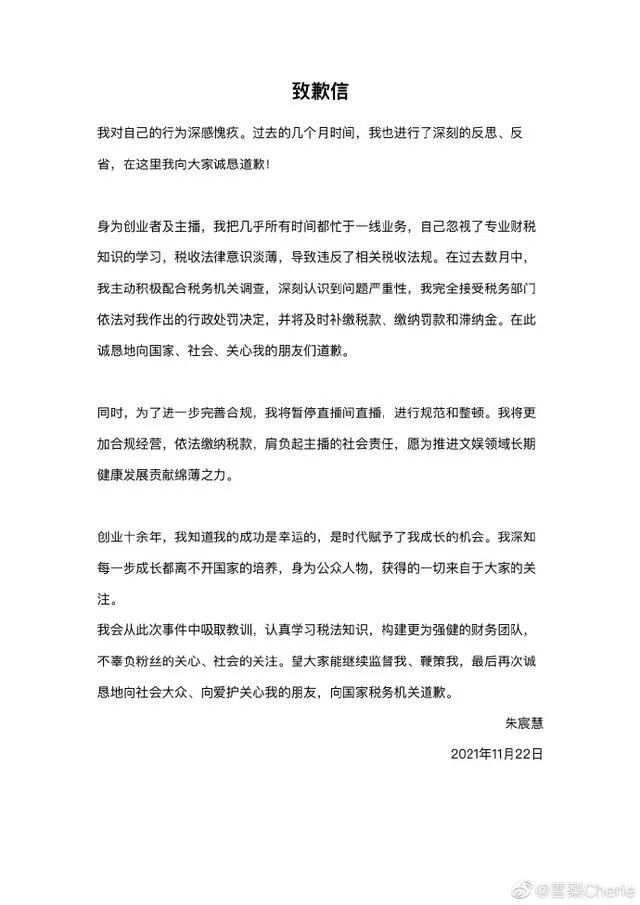 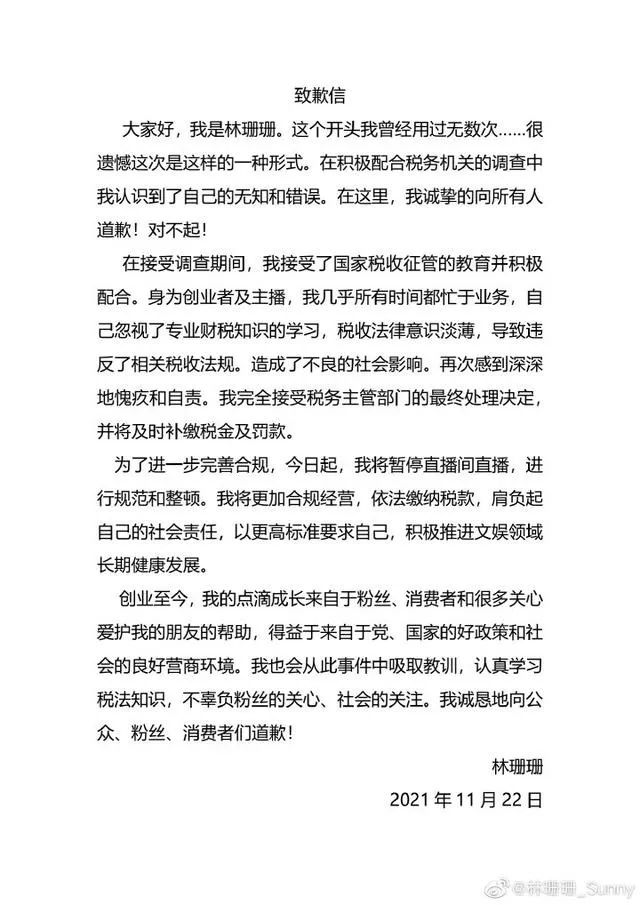 It is known that the revenue increased by 115% in the previous quarter, and the net loss expanded to 270 million yuan