It is understood that the package is designed and produced by Coca Cola China and its material partners. It not only has functionality and design sense, but also reflects the concept of sustainability in an all-round way. 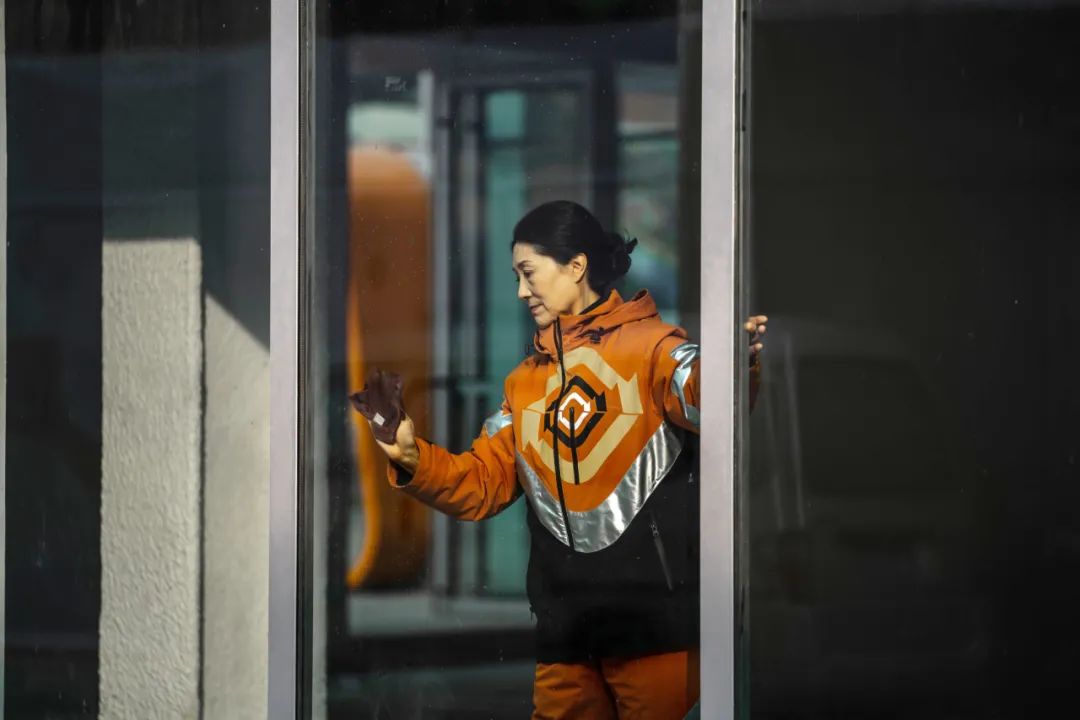 According to Liu Yumin, Minister of planning and construction of Beijing Winter Olympic Organizing Committee, Coca Cola China will deliver the batch of overalls to the waste removal teams of various venues at the designated time before the competition, so as to provide warm, high-quality and practical logistical support for the waste removal personnel of venues who are about to fight in the front line of the Winter Olympic Games.

At the same time, as one of Coca Cola China’s measures to help the sustainable Olympics, the action also aims to enhance the public’s awareness of the concept of recycling and help show the vision of “sustainability and the future” of the Winter Olympics in a novel and “warm” way.

Next, let’s take a look at this special suit of work clothes.

It is reported that the overalls set designed for the waste removal team of Winter Olympic venues is composed of the following items: removable cold proof jacket and trousers, removable warm inner liner, warm neck, cold proof headgear and gloves. 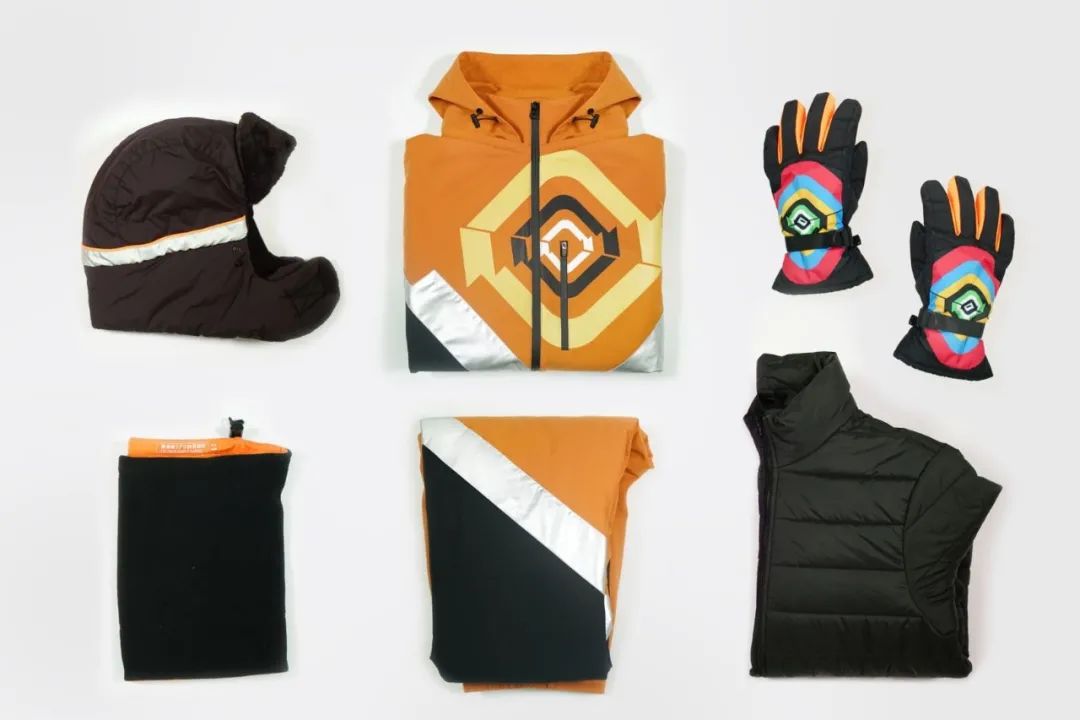 Work suit made of RPET

“Every single item in the suit is designed according to the people-oriented principle,” the company said.

Since the early stage of product design, Coca Cola China has joined hands with its material partners to repeatedly communicate with the front-line venue waste removal team to understand its actual needs and work scenarios. The suit design has undergone repeated iterations, and after the first-line team’s trial feedback on the sample clothes, a suit of work clothes “tailored” for the waste removal team of the Winter Olympic venues was available.

Some warm details are that considering that the actual work scene of the venue waste removal team involves outdoor environment and indoor venues, the work clothes need to meet the operation needs under great temperature difference. Therefore, the design of the cold proof jacket in the suit draws lessons from the detachable function of the outdoor assault jacket. Through the form of the cold proof jacket combined with the detachable warm inner liner, the waste cleaning personnel can easily control the body temperature. “The jacket fabric adopts RPET material, which has good waterproof and antifouling effect and good air permeability.” 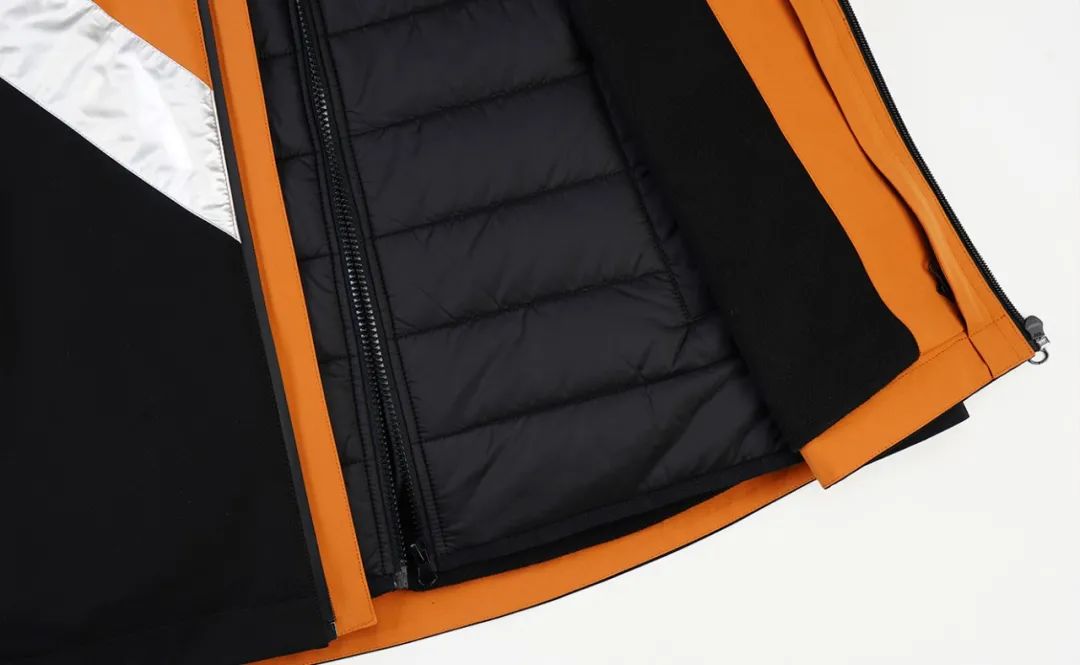 In addition, according to the fitting feedback of front-line personnel, the design team adopted dark stain resistant design for the collar, cuffs, hem and other dirty areas of the coat. In terms of overall tone, the work suit adopts bright orange, and reflective strips are designed on the clothes and trousers to ensure the safety of waste removal personnel in the white snow and ice environment and at night.

The detachable thermal liner is filled with advanced and efficient warm velvet, and 83% of its raw materials come from recycled materials. The material is light and soft, and its thermal performance is comparable to that of down. At the same time, its water absorption is only 1% of its own weight, so even in a humid environment, such as when waste cleaning personnel sweat at work or work in rainy and snowy days, the thermal insulation liner can still maintain good thermal insulation performance.

In addition, the bib, headgear and gloves in the suit also fully take into account the various conditions of waste cleaning personnel when working outdoors, so as to ensure their convenience while keeping warm. 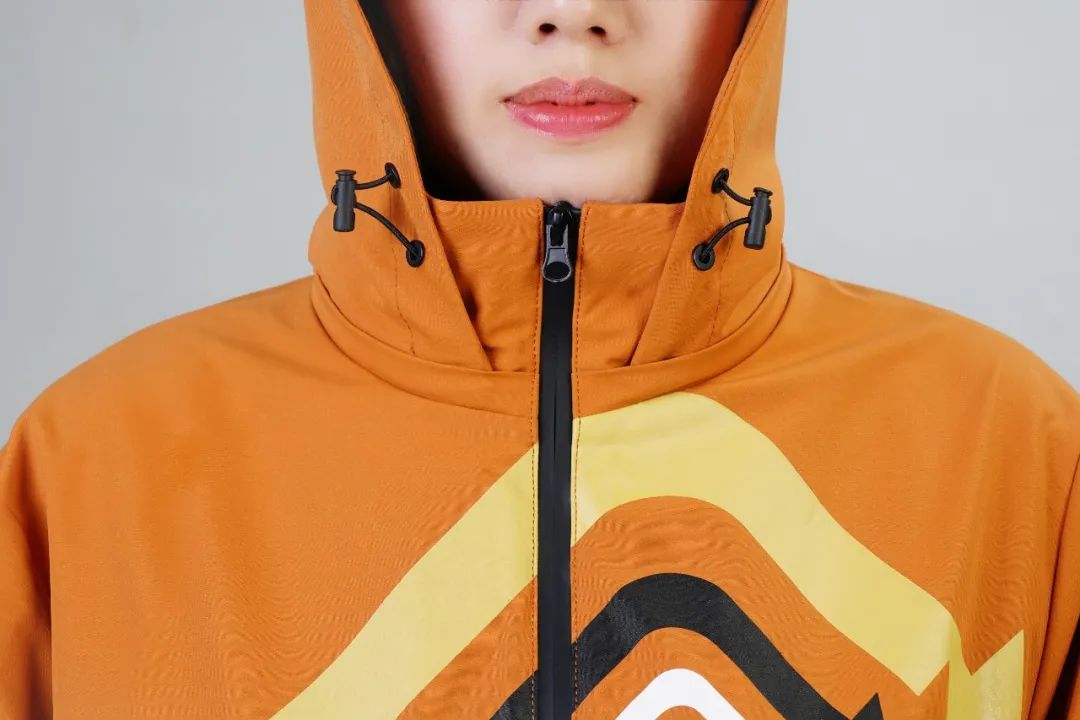 Xiaoshidai noticed that Coca Cola China cleverly integrated the word “Hui” into the design of work clothes sets. On the one hand, the word “Hui” not only represents the production of recycled materials through recycled beverage bottles, but also echoes the “Coca Cola” that has updated the packaging nationwide this year – the newly packaged bottle body is printed with the “recycle me” sustainable packaging logo. 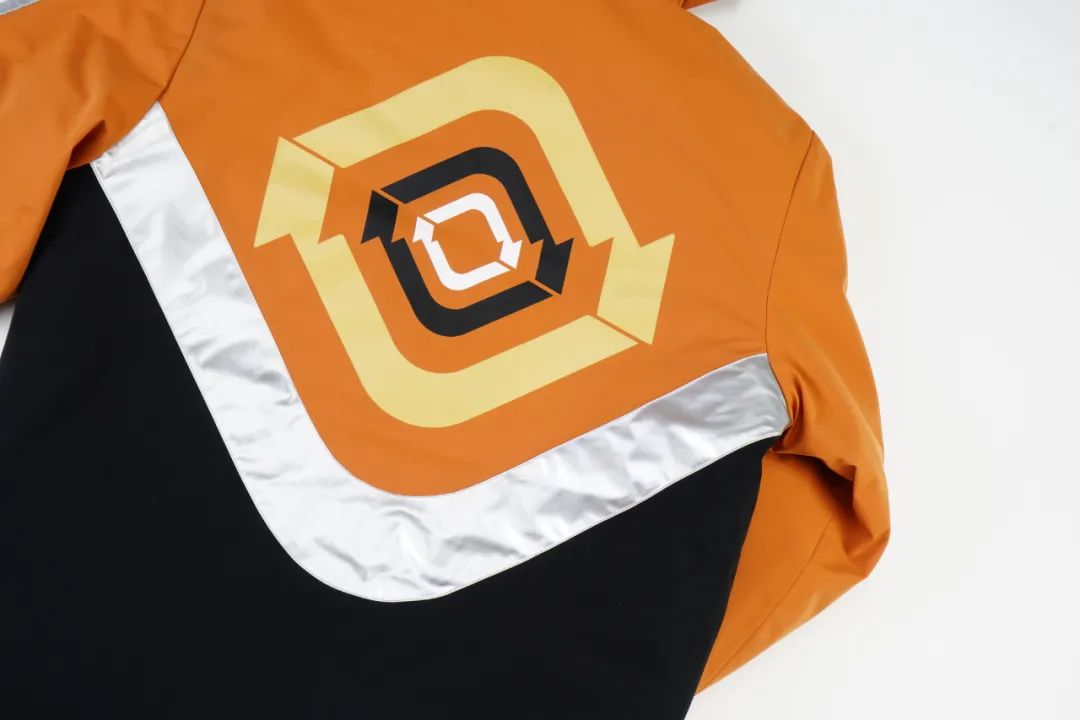 “Back” element on clothes

The relevant person in charge of Coca Cola said: “when the on-the-spot cleaning personnel recycle the beverage bottles at the Olympic Games, the ‘recycle me’ logo on the bottle body echoes with the ‘return’ element on the overalls to jointly stimulate the public’s awareness of recycling and encourage the public to recycle the ‘me’, that is, the beverage bottles after drinking the drinks.”

In addition to the “back” elements with arrows printed on the front and back of the overalls and gloves, vivid patterns of “recycle me”, “see you later” and “back” are also printed on the inside of the collar and corners, showing the three key stages of the recycling process of beverage bottles.

Some interesting information is also “hidden” in the corners of coats and accessories, such as “I made it with 28 beverage bottles”. These ingenious ideas in design make the front-line venue waste removal team to serve the Winter Olympics a walking ambassador for the dissemination of the concept of sustainable development, and encourage more public to know and participate in the action of recycling. 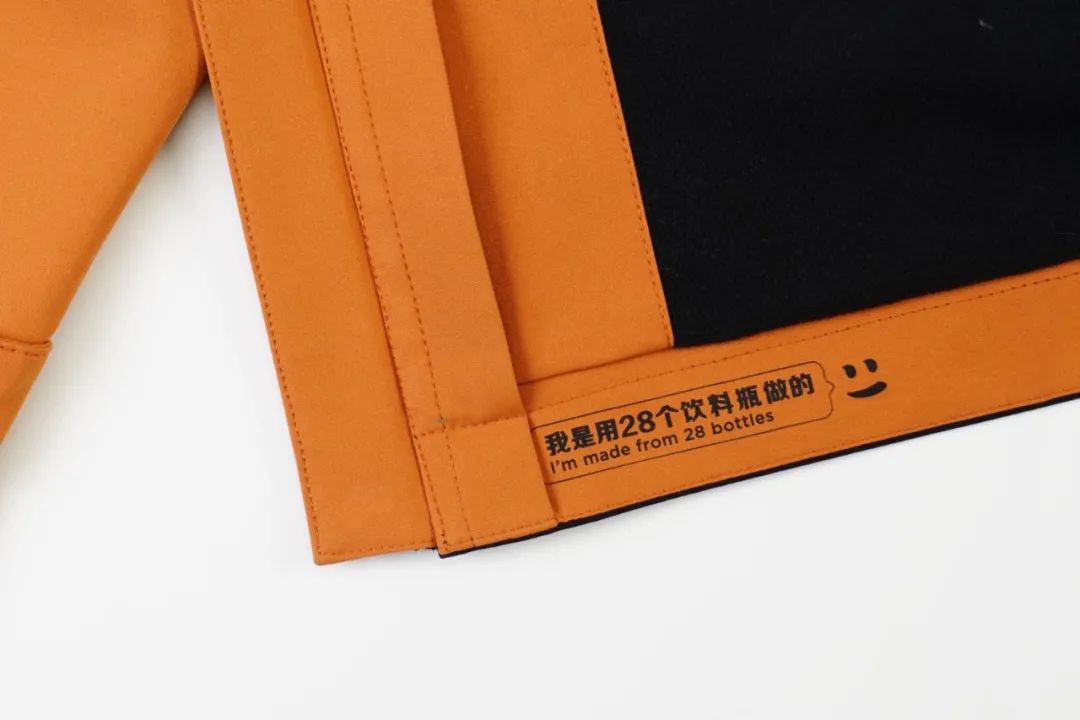 It is not difficult to find that Coca Cola China is bringing the concept and practice of “no waste in the world” sustainable packaging to the Winter Olympics.

In addition to providing overalls for the venue waste removal team, Coca Cola China also presents the key contact of beverage bottle recycling in the venue in a creative way – from the beverage with the sustainable call of “recycling me” on the bottle body to the “bottle, bottle, can and barrel” (beverage bottle recycling barrel) made of “recycling” elements and rpetg materials; From voting interactive devices that enhance public awareness of recycling and advocate the concept of recycling to tables and chairs that integrate rpetg materials into the venues.

“Coca Cola China will show the recycling story of beverage bottles through full links and multiple scenes, explore the circular closed-loop mode under the Winter Olympic scenario, and contribute to building a ‘new model of sustainable development’ for the Beijing Winter Olympic Games,” the company said. 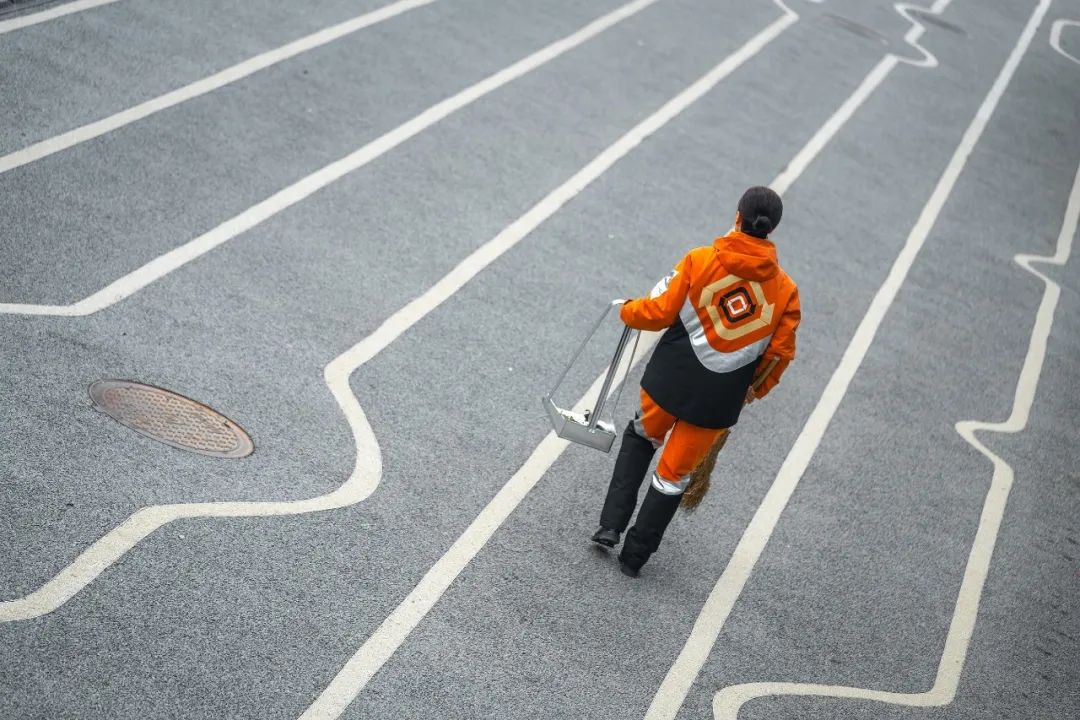 Follow the “snack generation” (wechat: foodinc) “and reply to” Coca Cola “to see the wonderful news.