Today, Vitasoy group, which has attracted much attention, released its latest performance.

This latest interim performance (2021 / 2022 for the six months ended September 30 this year) shows that in the first half of the fiscal year, Vitasoy’s revenue decreased as expected, by 18% to HK $3.604 billion; The net profit was HK $32.804 million, a year-on-year decrease of 95%. The company said that this was mainly affected by the decline in sales in mainland China, but its business recorded steady growth in Hong Kong, Australia, New Zealand and other regions.

Subsequently, Luo Youli, executive chairman of Vitasoy group, pointed out at the mid-term performance meeting that with the recovery of Vitasoy products in the Chinese market in September, the mainland market revenue is “steadily recovering” on a monthly basis, and the recovery momentum is maintained from October to November. Lu Botao, chief executive of Vitasoy group, also said that with the launch of new products and promotion activities, he was confident that “significant improvement” could be maintained in the new year.

Next, let’s take a look at the details of the meeting. 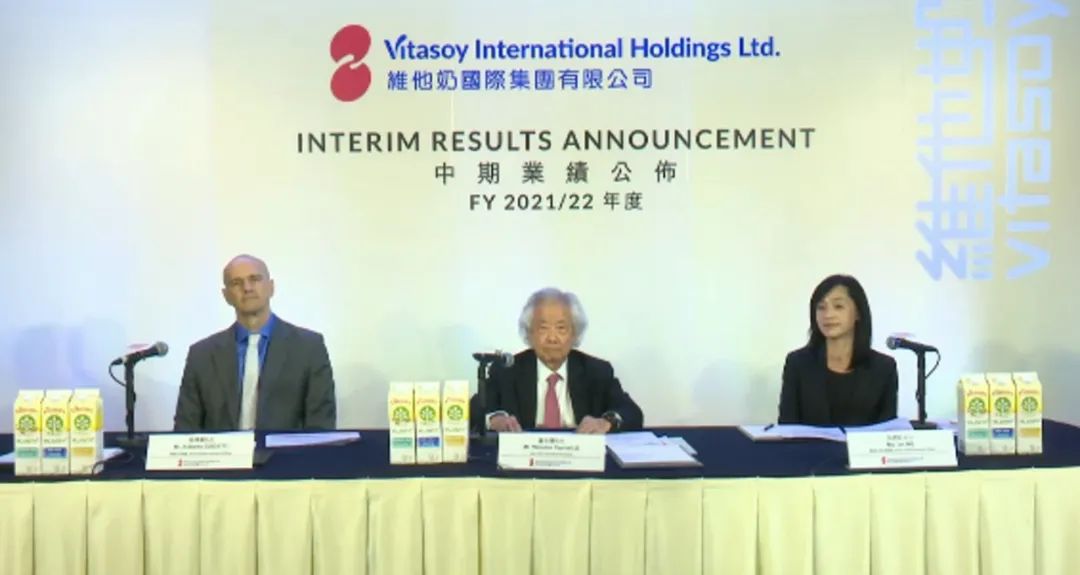 It is understood that today, Luo Youli said at the performance meeting that Vitasoy promoted the recovery of business in the mainland market by communicating with the government and the media, including inviting local governments and the media to visit the factory in Dongguan and increasing brand awareness publicity activities.

He also revealed that the company also strengthened its promotion activities during the double 11 period and carried out promotion activities for the lunar new year, with the goal of accelerating the recovery of business in mainland China in the second half of the fiscal year.

According to the financial report, in the first half of the fiscal year, the revenue of Vitasoy in mainland China decreased by 29% year-on-year, recording a loss of HK $33 million, mainly due to the fact that the products were not fully put on the shelves from July to September, the peak of the summer, which affected the revenue in the second quarter. The main factors of the loss included the decline in sales volume and the sharp decrease in subsidies compared with the previous year. At present, the mainland market is still the largest source of revenue for Vitasoy group, accounting for more than 60%. 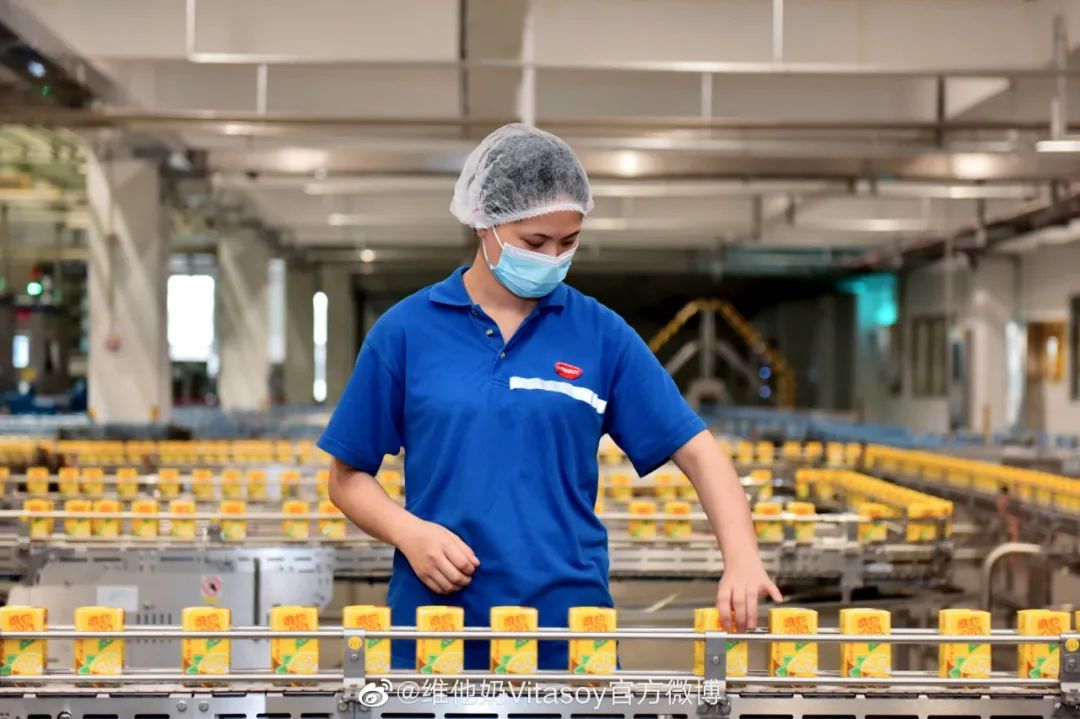 It is reported that Lu Botao said at the meeting that mainland China is the most important market for Vitasoy, of which more than 10% of e-commerce revenue comes from mainland China. Previously, the off shelf of mainland products did have an impact on the group, but “I am confident that the situation will slowly recover”.

It is understood that in order to accelerate and boost the business, Vitasoy carried out a number of in store promotions for the Mid Autumn Festival and the opening of the new school year in the mainland at the end of September. The company said it would continue to strengthen its efforts in the second half of the fiscal year to accelerate the recovery of sales, with the goal of resuming growth in the new fiscal year.

“By introducing new products and strengthening sales execution, we expect the business in mainland China to regain its growth momentum and resume profit growth in the next financial year.” Vitasoy said that the company had launched a detailed plan to accelerate the recovery of sales in mainland China.

In addition to restarting brand advertising and increasing promotion activities, Vitasoy also expects to accelerate the recovery of growth through the introduction of new products.

It is reported that Luo Youli revealed today that the company has developed new products from 2022 to 2023 to prepare for the long-term growth potential of core products and innovative products.

Xiaoshidai once introduced that vitaoat milk launched its first Oatmeal Milk Product vitaoat before 618 this year, upgraded the packaging of Vita sugar free tea series, and added Ceylon flavor lemon tea. In its financial report today, the company described that its new products launched in the first half of the fiscal year were widely praised by consumers, and with the help of vitaoat, it had a significant growth in oat milk, a promising product category.

Lu Botao also said at the meeting that the company’s plant milk sustainable products are popular with the public, and will continue to focus on the implementation of innovation strategies in the future. The new product bubble lemon tea also recorded strong performance. 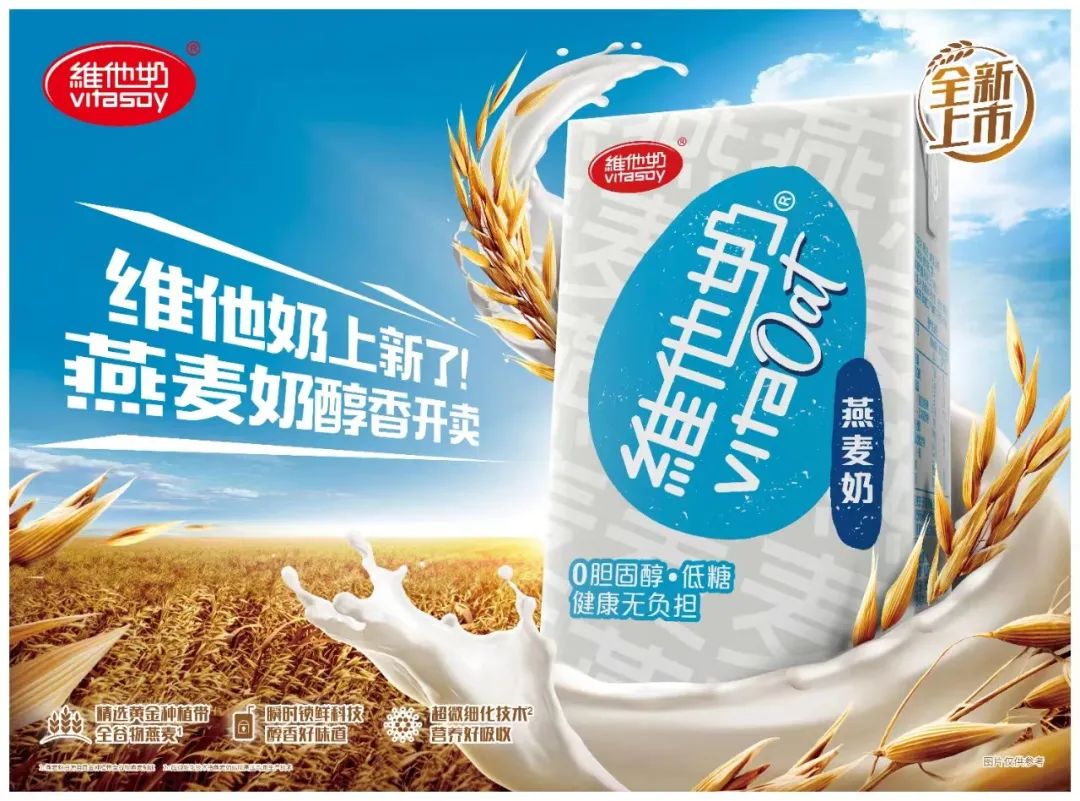 He also described that the company’s performance will usually improve in the last few months from September. With the opening of the school and the coming new year, “the business is expected to improve significantly”.

Vitasoy is looking forward in the financial report today. In the future, it will continue to comprehensively accelerate the restart of advertising and in store publicity activities in the mainland market, promote the core product portfolio and new products such as vitaoat oat milk and Vitasoy bubble lemon tea, so as to accelerate the recovery and development, and expect to restore sustainable growth in 2022. 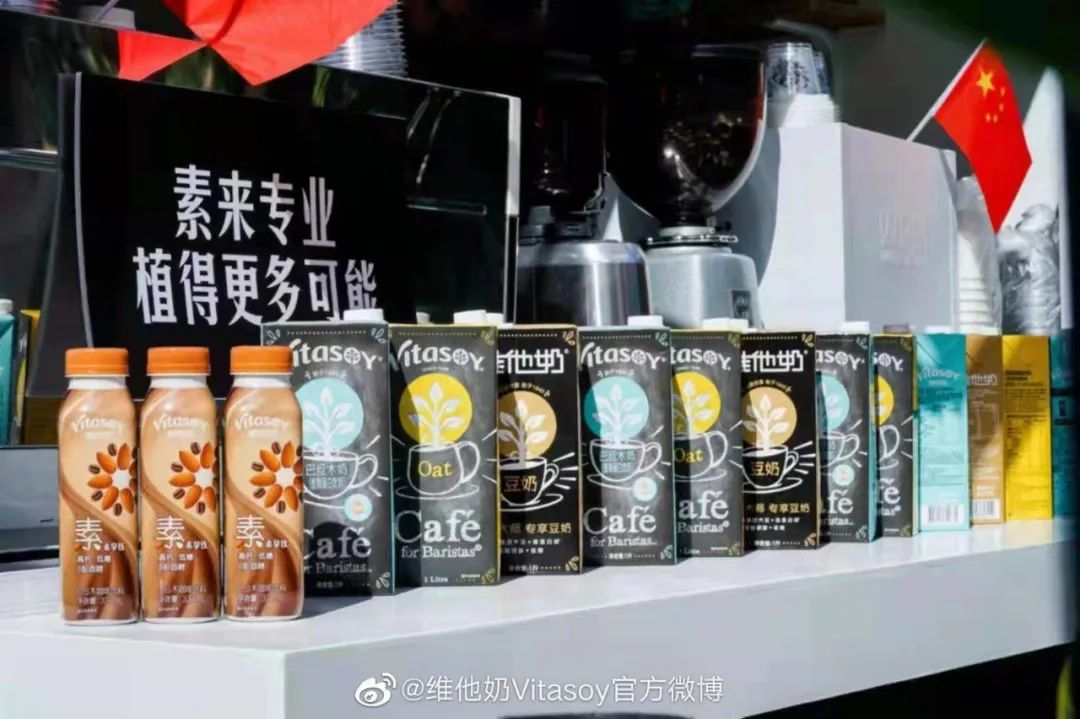 Lu Botao said at the performance meeting that the company’s operating costs have increased and the prices of raw materials such as soybeans and sugar have increased. It is expected that the situation will continue in the next two to three years. The company has purchased raw materials this year, so it will not adjust the product price during the year, but it will selectively adjust the product price in the future if necessary, and maintain the profit through product innovation.

Wu Yinhong, chief financial officer of Vitasoy group, said that he would continue to review procurement and other processes, as well as methods to improve production efficiency, so as to offset the impact of the increase in raw material costs on the group’s profits.

Pay attention to “snack generation” (wechat: foodinc) “and reply to” Vitasoy “to see the wonderful news.