Is it a bet on family or coffee consumption in the office? Nestle Nespresso (Chinese Name: espresso), which sold more than 40 billion worldwide last year, recently showed a new “trump card” in China, hoping to give an answer – all. Xiaoshidai learned that recently, this capsule coffee brand announced the launch of Nespresso momento (hereinafter referred to as momento) new commercial coffee machine series. The new series is mainly for some self-service scenes in most offices and high-end hotels, such as banquets, executive lounge, etc. 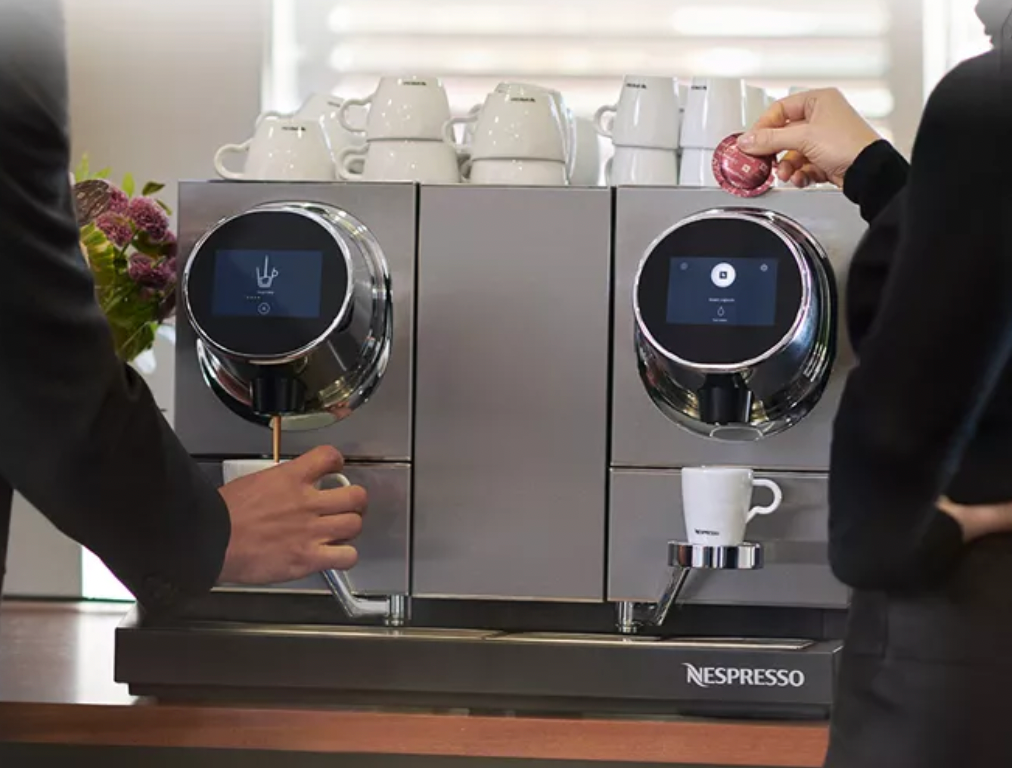 With the gradual recovery of normal office and travel, it also shows that Nespresso wants to “get a bigger share” in China’s b-end coffee industry. When accepting the snack generation’s query, the brand said that in terms of functionality and coffee extraction technology, momento is “very high-end” in small and medium-sized machines on the market.

According to reports, momento has launched three models in China this time,

Like the vertuo capsule coffee machine launched this year, momento was introduced into China after making achievements in foreign mature markets. Nespresso told xiaoshidai that momento series was first tested in Switzerland and France two years ago, and then gradually extended to major markets on all continents. In the Asia Pacific region, the first to introduce momento is South Korea, one of the markets with the most mature coffee drinking habits. “Momento has become the main model in Korean commercial channels, and is widely used in banquet scenes of large office customers such as Samsung, LG and Wework and five-star hotels,” Nespresso said. 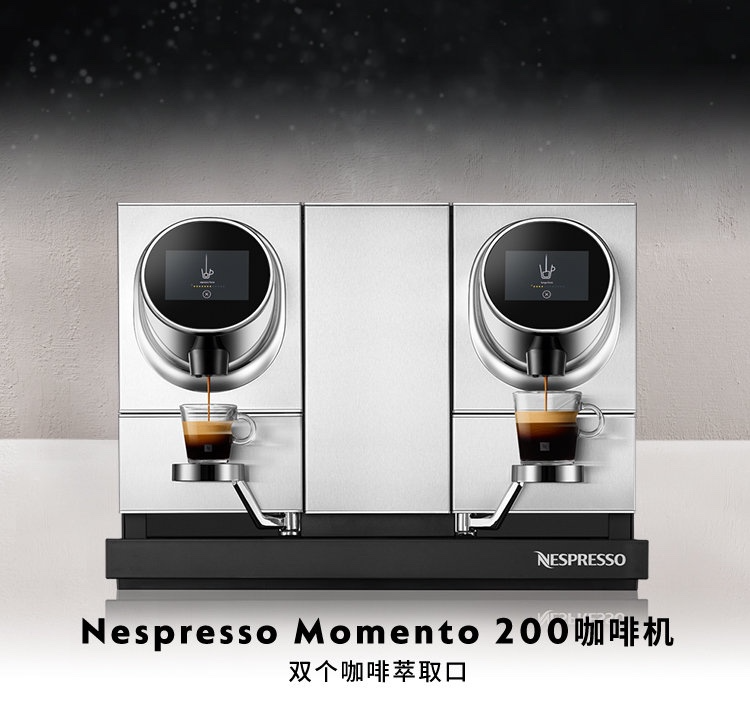 As for why the series is now introduced into China, the brand points out that on the one hand, momento’s design and concept have been optimized and reshaped in the market feedback. For example, compared with its commercial coffee machines listed in China, momento series is equipped with app remote operation function for the first time to help reduce the contact in public areas in the post epidemic era.

On the other hand, with the maturing coffee drinking habits of Chinese consumers, Nespresso also hopes to provide a new experience. In addition to the new commercial coffee machine and the introduction of snack generation, Nespresso officially announced the vertuo Fuxuan series coffee machine and supporting coffee capsules aimed at the demand of large cups in July this year. 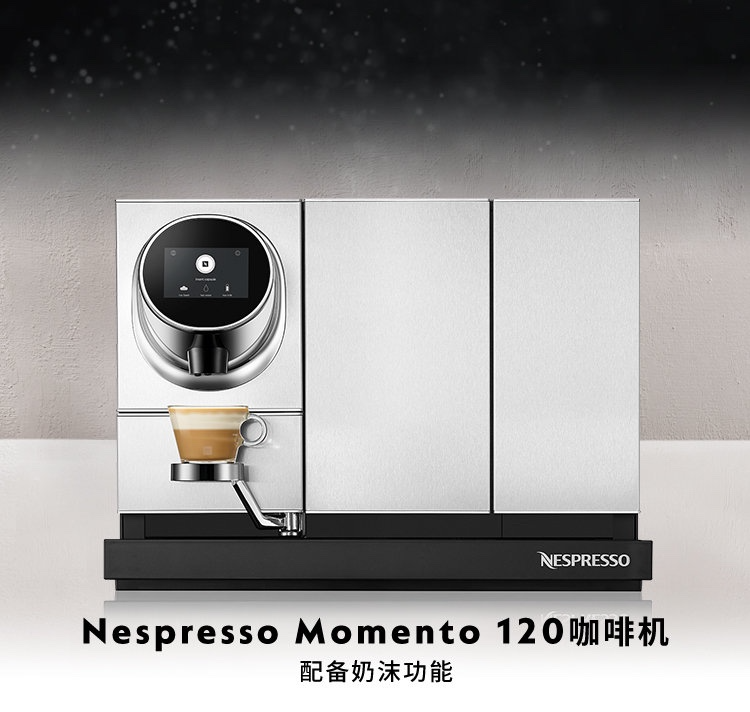 Relying on the latest momento series, Nespresso also has more “ammunition” for its key strategy at the b-end of huajiama. Lin Shangming, general manager of Nongyu coffee Greater China, told the snack generation last year that one of the four strategic priorities of the brand is to add weight to the brand construction and layout in B2B channels, including high-star hotels, high-end restaurants and large offices. 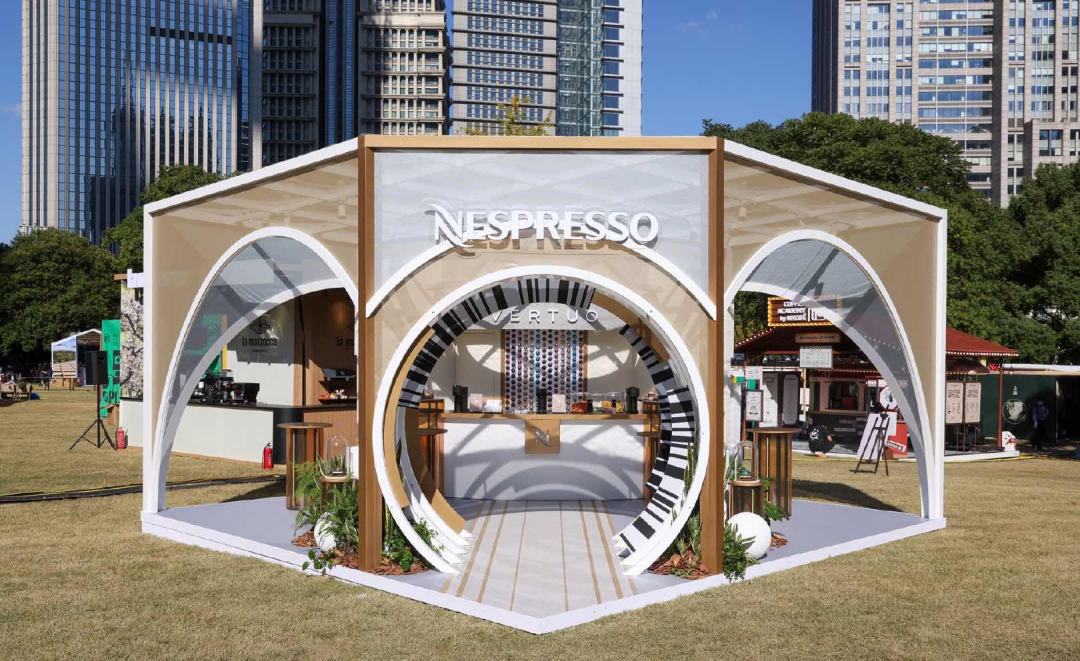 He once said that whether it is retail products such as home coffee machines or products for B2B customers such as catering, espresso now hopes to accelerate its development, because the businesses of these two markets are complementary. Some consumers may want to have the same experience when consuming outside because they originally have Nespresso coffee machine at home, which gives birth to the needs of B2B customers.

Although it did not disclose its position in the b-end coffee market to the snack generation, Nespresso B2B does have some imagination if only referring to the demand from the C-end situation.

According to Euromonitor data, in the past three years, in terms of sales volume, the market share of Nestle espresso and Nestle Dulce gusto in China’s capsule coffee machine has ranked first and second, accounting for more than 70%, which is significantly different from that of Jiuyang capsule coffee machine, which ranks third. For example, in 2020, the market shares of espresso, duoqukusi and Jiuyang were 43%, 33.2% and 8.3% respectively. 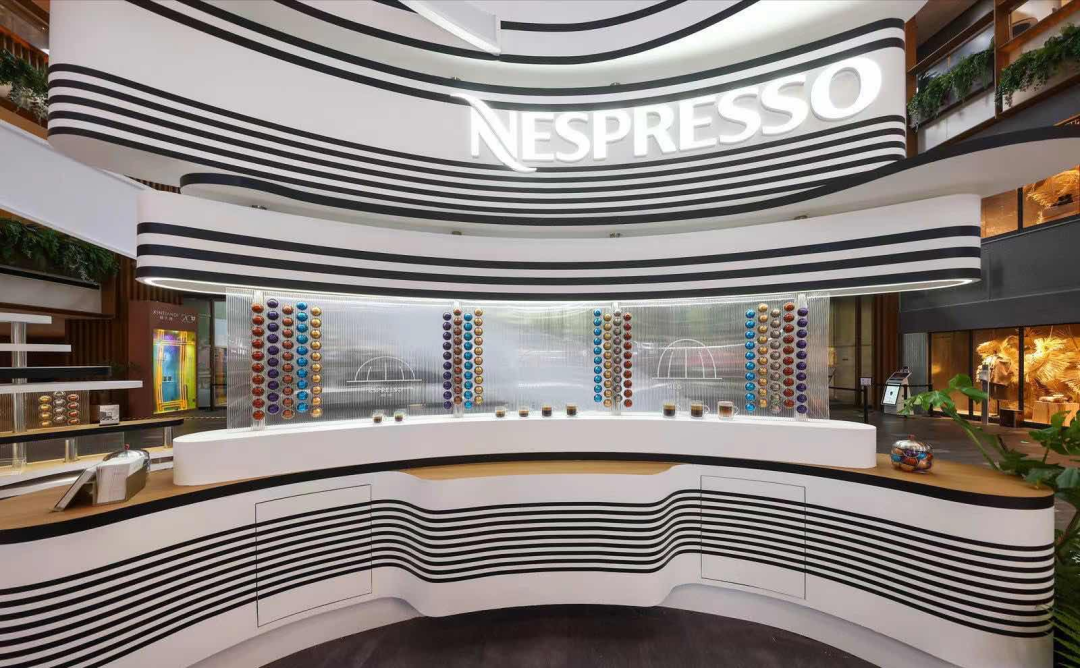 So, how does Nespresso view the prospect of B2B business when telecommuting and travel are cold? What kind of play will you take in the future?

“The localization of hotel customers and the flexible office hours of office customers are the new business norm we are facing. Although the overall consumption power of the b-end scenario has yet to be restored, we find that in the commercial scenario in the post epidemic era, the characteristics of capsule coffee make Nespresso more highlight the advantages of food safety such as freshness and inventory management,” Nespresso said. Nespresso said that after the outbreak, on the one hand, China’s B2B business is rapidly adjusting its product portfolio and further strengthening its stickiness with long-term partners. On the other hand, it is also accelerating the expansion of office channels and new customers. In the future, B2B will focus on improving the scene penetration of high-end hotels and restaurants and accelerating the development of large office customers. 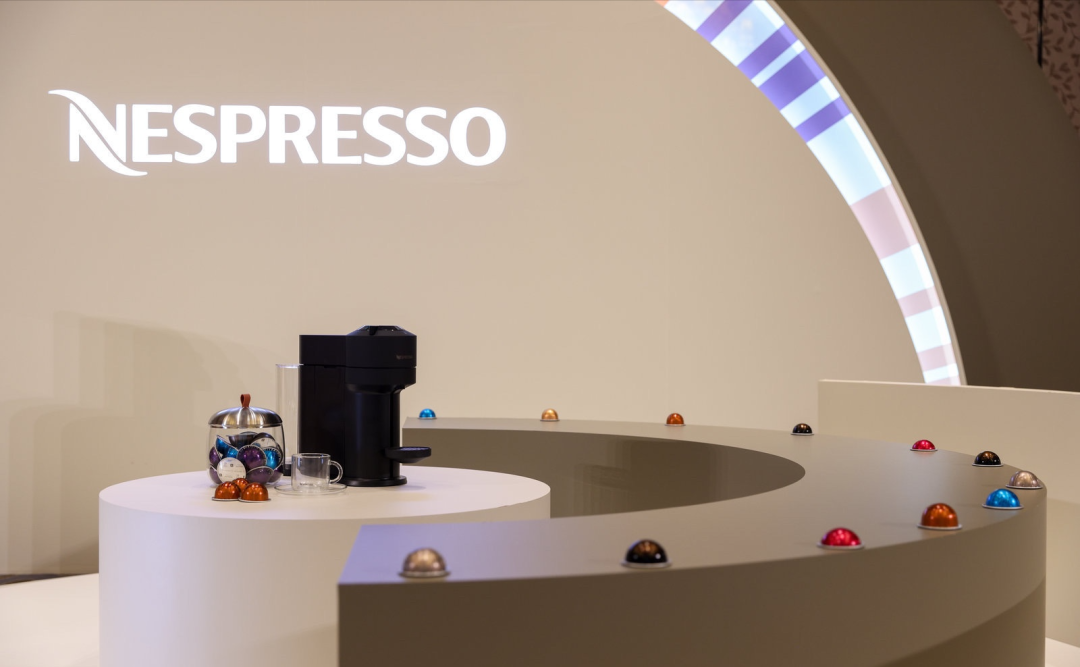 As one of the “pillars” of Nestle’s coffee business, Nespresso has always performed well after the epidemic. Looking up Nestle’s 2020 financial report, the snack generation found that Nespresso’s annual organic growth reached 7.0%, the highest growth rate in the past six years. By region, the American market and AOA market including greater China have achieved double-digit growth. According to the financial report, the annual sales of Nespresso 2020 has reached 5.9 billion Swiss francs, about 43.395 billion yuan. (calculated according to the weighted average annual exchange rate in 2020 in the financial report, RMB 100 will be exchanged for CHF 13.596 in 2020). 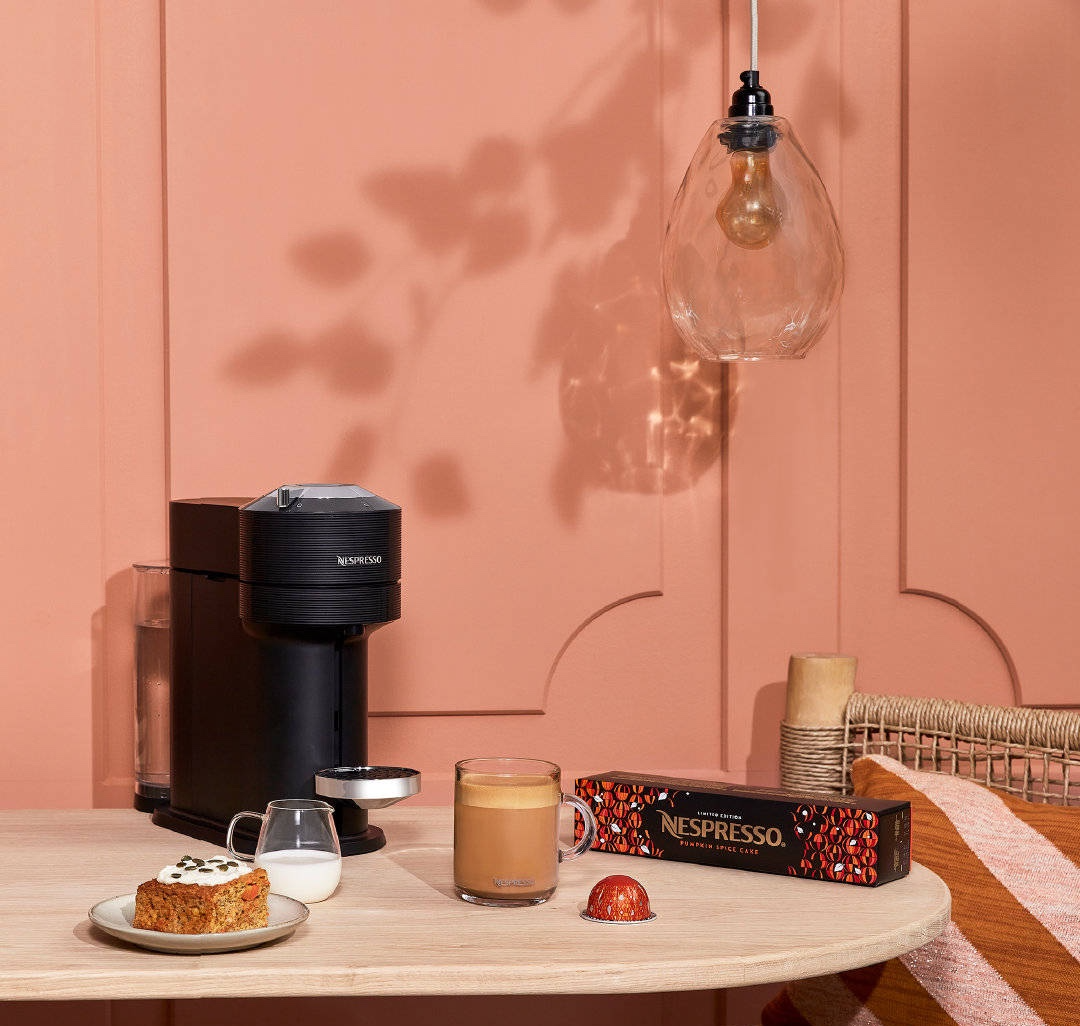 When attending the fireside talk of JPMorgan Chase in May this year, Nestle CEO Mark Schneider once described Nespresso as “a great business and I could not be satisfied with its performance”. He also pointed out that the success story of quantitative coffee (including coffee capsules) is far from over. Different brands at different price levels have great opportunities, and behind it is the significant technological progress and insight brought by Nespresso’s successful experience. “In quantitative coffee, it is difficult to find a company (like Nestle) that can better grasp each market segment in terms of price, brand and function. We will do our best to develop this business,” Schneider said. 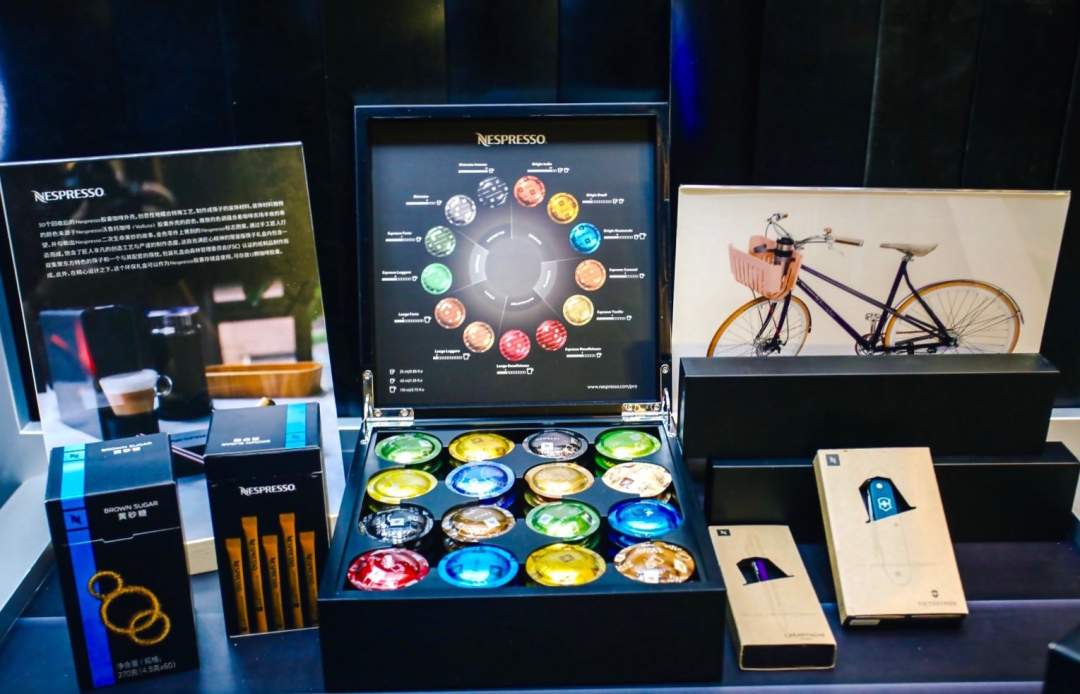