Like Starbucks and other peers who hope to expand rapidly, Tim Hortons China (hereinafter referred to as “Tim China”) will also bet on small stores to grab the market. Today, the coffee chain that is rushing to be listed announced that it has reached a strategic cooperation with Metro China, and tims China will become the exclusive cooperative coffee brand of Metro China in China. Under this cooperation, TIMS China will continue to open tims go Jiefeng stores in Metro China stores all over the country. 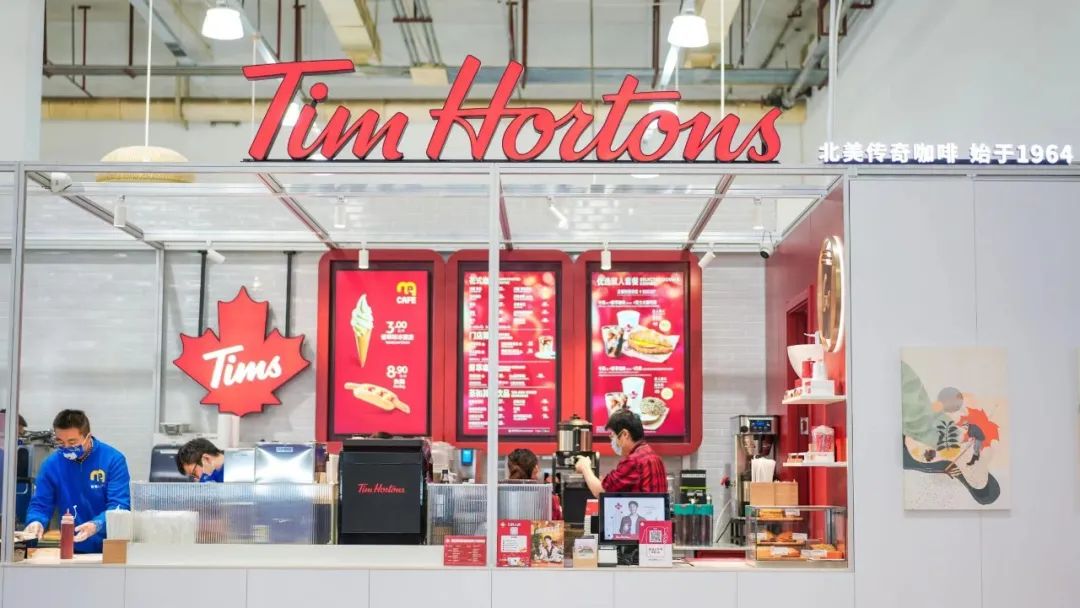 “In the next five years, we plan to open more tims go Jiefeng stores in Metro’s stores in China in a planned way to improve our brand awareness, revenue and profits,” tims China CEO Lu Yongchen said in a briefing. Previously, the company said it would open more than 2750 stores in 2026. Next, let’s have a look.

According to tims China, seven of the first batch of cooperative stores have opened in four cities in China today. So far, with Metro China’s first cooperative stores, TIMS China has more than 335 stores in China. Today, xiaoshidai learned that tims go Jiefeng store has a smaller appearance than conventional stores. And unlike the previous tims go for the public, TIMS go Jiefeng store in Metro store is only sold offline to Metro members, and will also be connected to the online takeout platform to cover non members in the future. 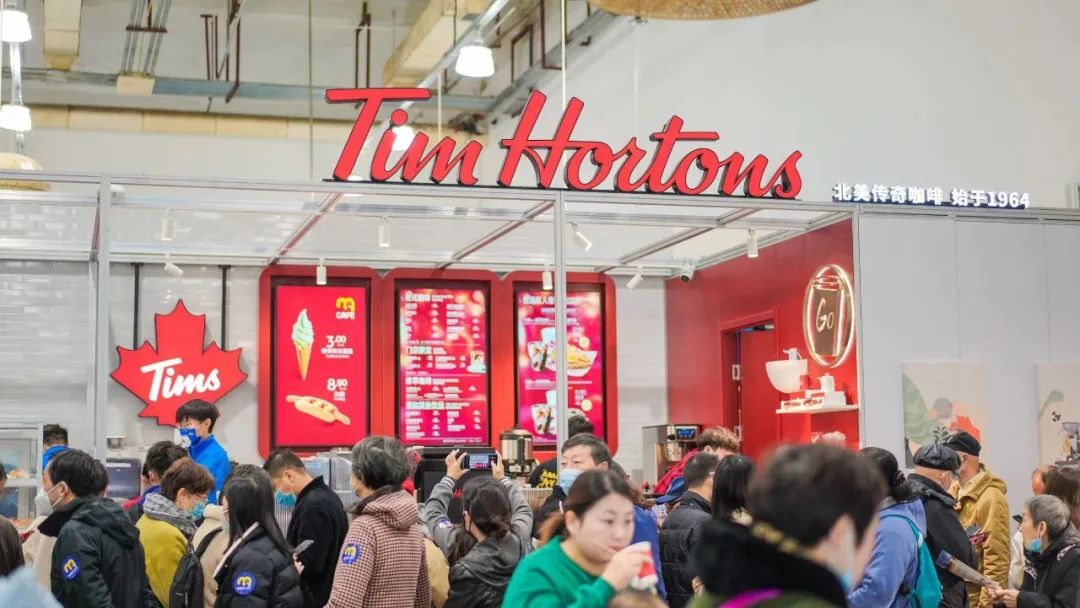 according to the above notification, at present, Metro China has more than 20 million members and has opened 99 stores in 60 cities in China. Until January 2022, both parties plan to open at least 9 tims go Jiefeng stores in Metro China stores in Chengdu, Dalian, Qingdao, Nanjing, Langfang and Shanghai. Tims China stores settled in Metro China will conduct in-depth cooperation in convenient site selection, meal delivery service and free marketing activities. “We believe that this brand will bring convenient and high-quality coffee products to Metro China members. This cooperation will also build a strong link between daily shopping and coffee consumption in Metro stores,” Chen Zhiyu, deputy CEO of Metro China, said in the briefing. In fact, TIMS go Jiefeng store in Metro is the latest move of the company to meet the needs of coffee convenience. With this cooperation, TIMS China can quickly anchor a large number of sites, and then cover more consumers by expanding stores and takeout networks. 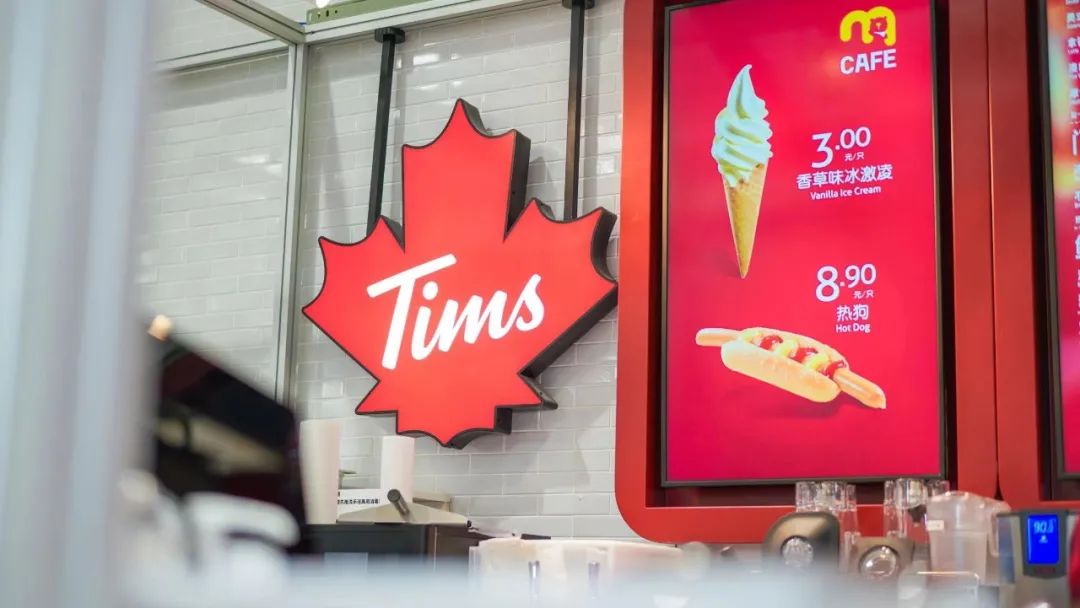 Lu Yongchen once told the snack generation that coffee has become a rigid demand in first tier cities, and convenience may be a great consumption determinant. “So we are exploring the small store model of tims go to make it easier for customers to buy our coffee while maintaining good products and services.”. In addition to tims go, the company also has regular stores and theme stores.

Like tims China, McDonald’s professional coffee brand McCaf é also values convenience. The brand expands with the light investment mode of “manual coffee bar” set up in McDonald’s stores, and puts forward the goal of opening more than 4000 stores in 2023. “We see that 70% of people use coffee in the scene outside the restaurant, so it is very important for consumers to provide convenient choices. At present, more than 80% of our sales come from online orders.” Zhang Jiayin, CEO of McDonald’s China, once told the snack agent that McDonald’s coffee will be connected to McDonald’s own and third-party delivery platform. 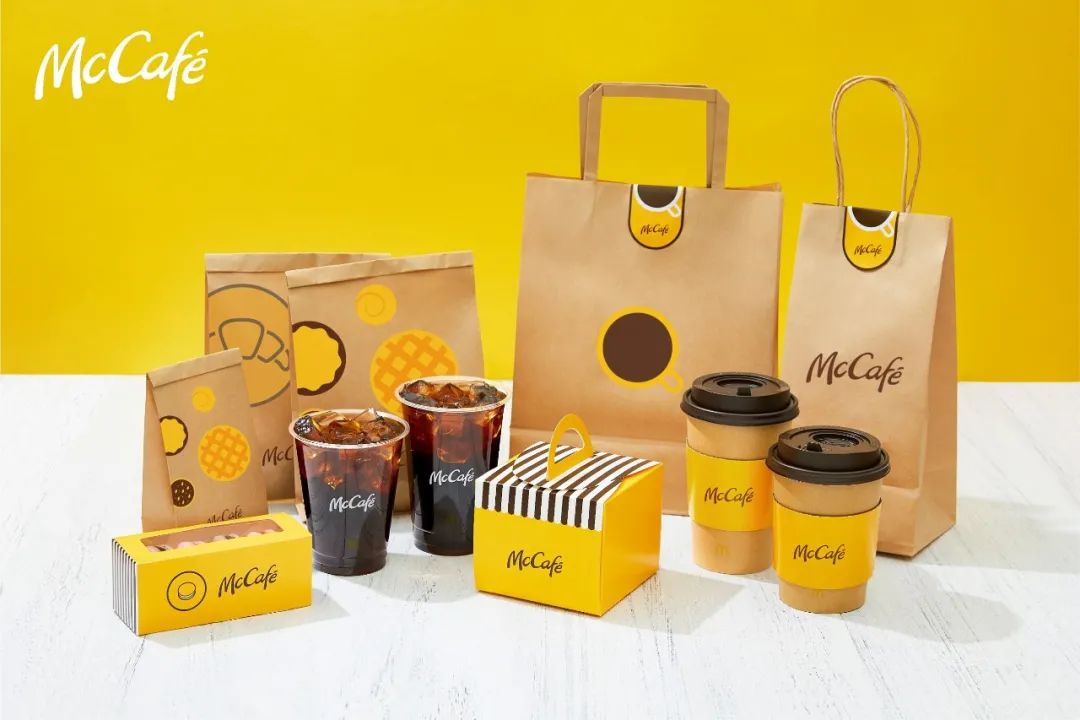 In addition, Starbucks, the world’s largest coffee chain, also has overweight small stores in China to meet the convenience needs of buy and go. As introduced by the snack generation, Starbucks opened its world’s first “coffee express” concept store in Beijing in 2019 (the store space is more than ten square meters, of which two-thirds is occupied by the coffee preparation area), providing online orders, pick-up at the store and takeout. At the performance meeting held at the end of that year, Starbucks CEO Kevin Johnson said that the company plans to open more “coffee fast” concept stores in China’s first and second tier cities in fiscal year 2020 as a supplement to the form of “third space” stores to improve market penetration. By April this year, Starbucks China announced that it had opened more than 50 “coffee express” concept stores. 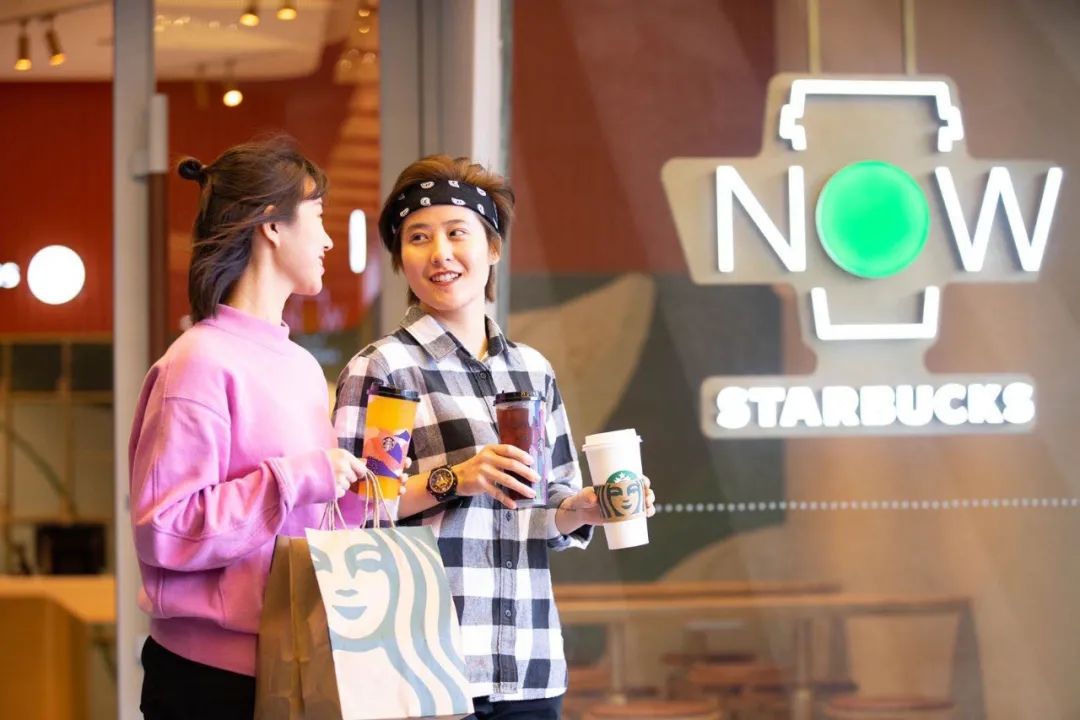 The epidemic has “added fire” to this.

The report on China’s outbound coffee released last year by British Mint pointed out that the outbreak of COVID-19 has caused great impact on the restaurant coffee business. Even after resuming normal business, customers should avoid the crowd when consuming. “This environment encourages consumers to form the habit of buying ‘take out’ coffee, because it can reduce the contact between consumers and highlight the advantages of coffee drinks in convenience and quality.”. 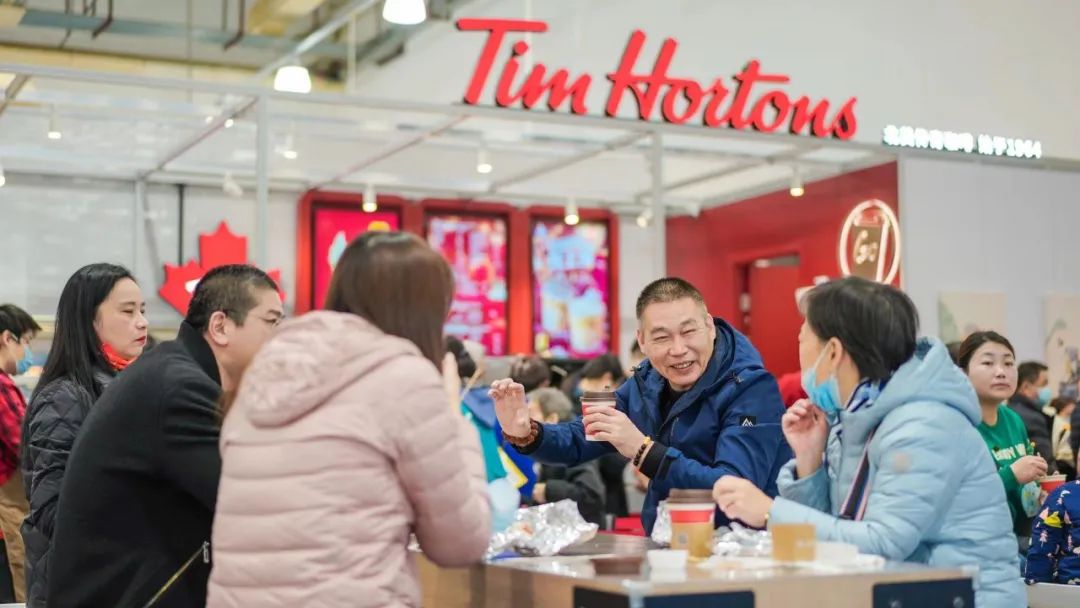 This trend has promoted tims China’s determination to overweight small stores. Snack generation noted that Peter Yu, chairman of the board of directors of tims China, said in today’s Reuters news that the epidemic has promoted the growth of coffee delivery business, “therefore, having smaller stores like tims go enables us to develop faster”. At present, delivery has become the most important sales source of tims China. The snack generation introduced that as of June this year, meituan and other takeout platforms accounted for the largest proportion of sales in tims China, accounting for 38%, and increased by 3 percentage points compared with April this year. 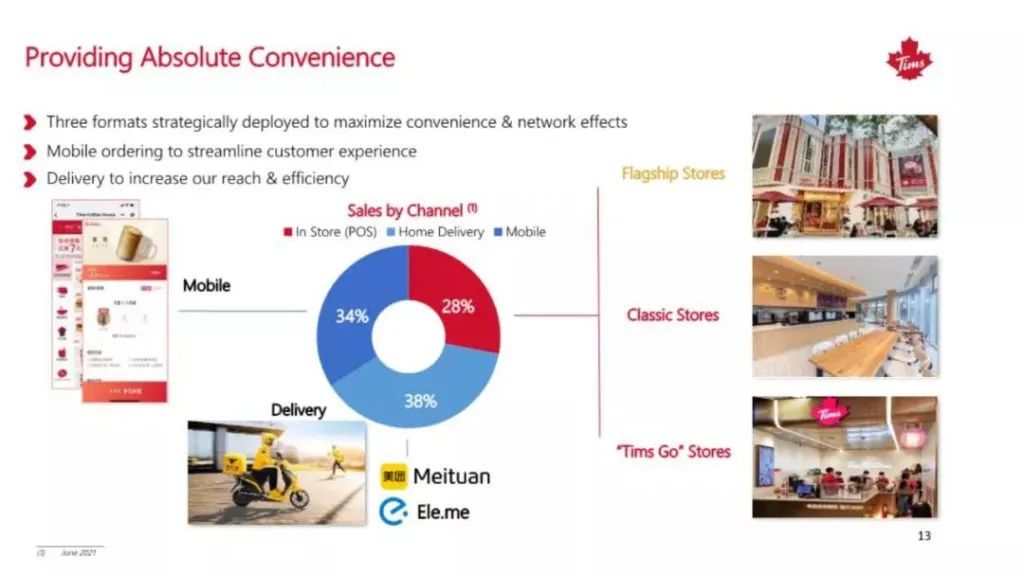 According to tims China’s plan, TIMS go, which focuses on delivery and takeout, will also occupy a considerable part of its stores. Looking through the latest performance disclosed by the company at the end of last month, the snack agent found that tims go is expected to open 617 stores in China by 2026, accounting for more than 20% of the total number of stores. In addition, TIMS go also increased year by year from 2021 to 2026. Lu Yongchen once told the snack generation that tims go would tend to open in office buildings, street shops, subways and other places with dense flow of people. “The flow of people in these places is relatively dense, but many customers won’t stay. They need to take it out. In this scenario, TIMS go may open more.”. 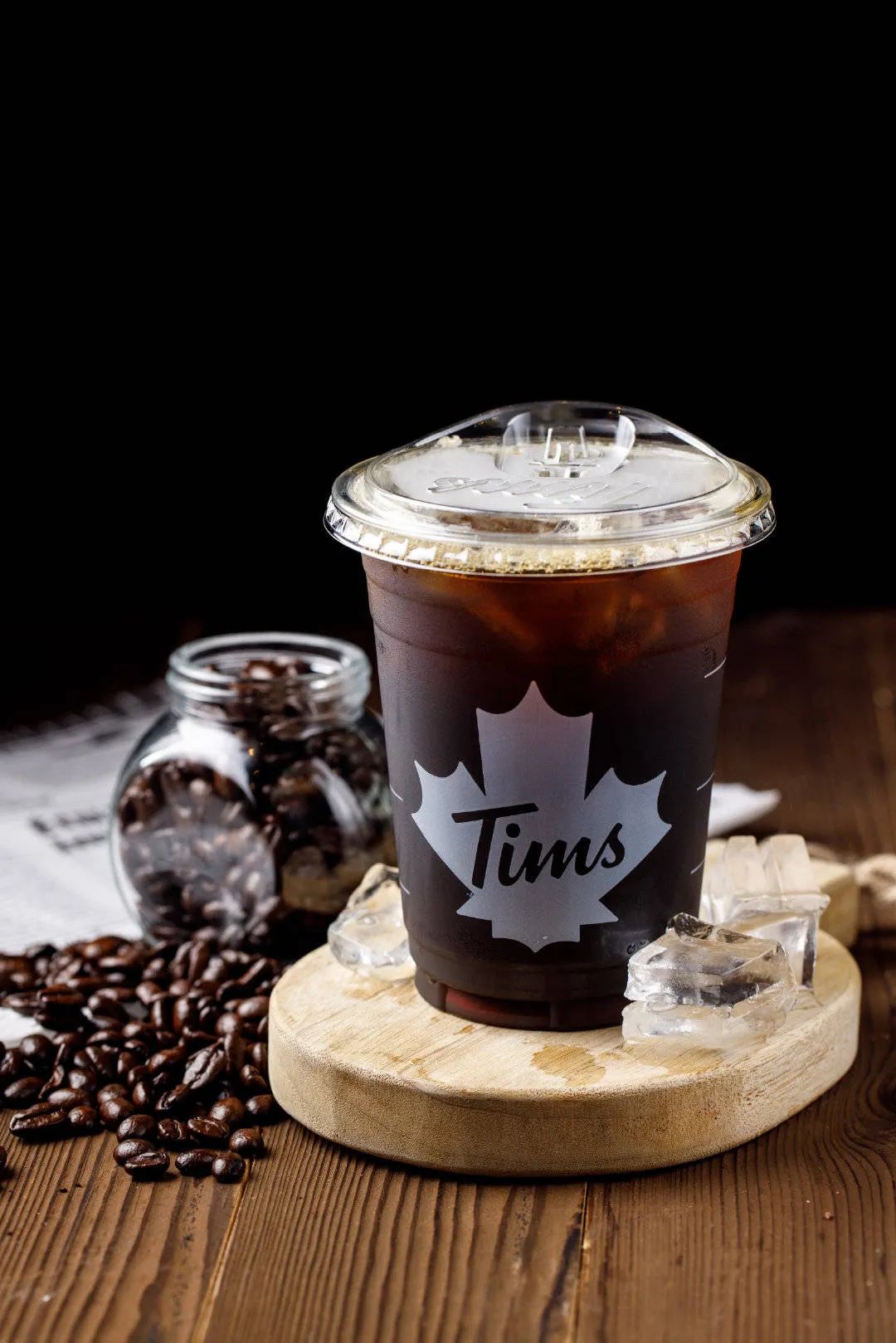 Driven by large brands “rushing to drink” foreign coffee, the above yingminte report shows that the average annual compound growth rate of China’s foreign coffee market is expected to reach 11.0% from 2020 to 2025. The growth power will mainly come from the market leaders’ efforts to further explore fast coffee and penetrate into more foreign coffee consumption occasions. As far as the overall Chinese coffee market is concerned, yopeter also pointed out in a Reuters report today that as of last year, China’s per capita coffee consumption was 5%, one twentieth of that of Japan and one thirtieth of that of Canada. I believe there is huge space in this market. In addition, he also revealed that tims China is “still doing everything possible” to complete its listing in the first quarter of 2022.