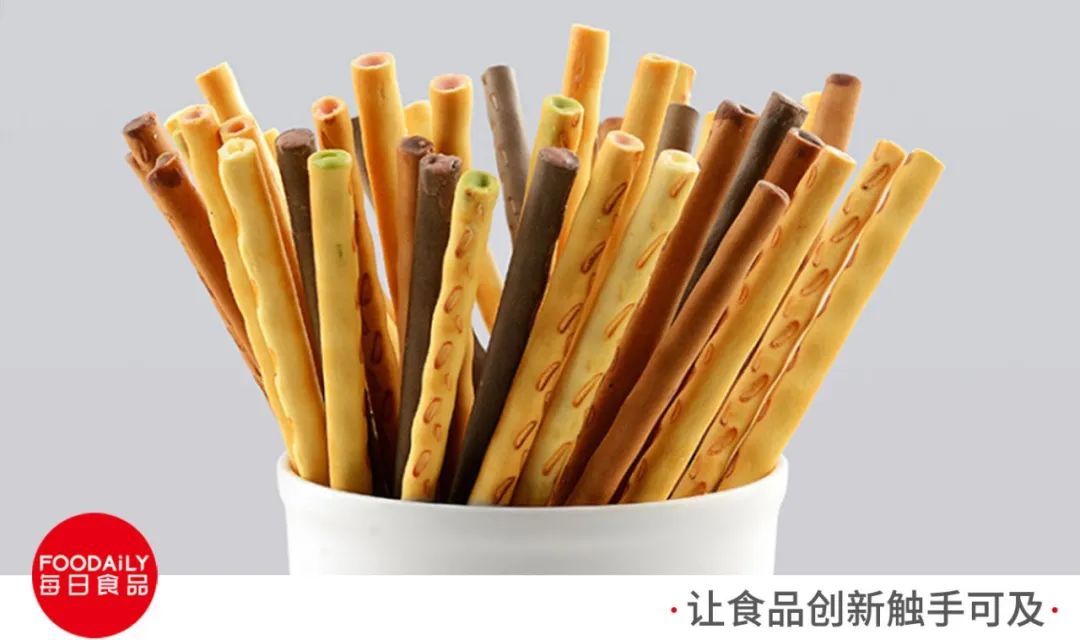 The popular temporary food seems to have suddenly lost its temper after setting off a wave of trends and a number of dark horse enterprises. However, this new consumption model aimed at generation Z has ignited a series of chain effects.

Therefore, more and more snack foundries and suppliers are pulled to the stage by consumers from behind the scenes. Young consumers seem to emphasize in their own way that they are a generation unwilling to be paid by middlemen.

However, this is only the tip of the iceberg. The safety and authenticity of bulk snacks may be the hidden danger hidden under the freedom of snacks.

Do you want to replace it with informal packaging and non-standard quality?

“We have finally realized the freedom of baicol”, “have you got the bulk baicol?”, “super cheap baicol biscuits, I hope I’m not the last one to know”… After the popularity of the concepts of chelizi freedom and strawberry freedom, baicol freedom has recently become a new concept.

Chelizi freedom once became a “social animal” The standard for us to judge whether we are well mixed simply means that our personal income is relatively considerable and we can buy cars at will. However, the concept of baicol freedom is not exactly the same. Among the young groups, the realization of baicol freedom more directly reflects their new consumption mode – attacking OEM factories and digging leftovers.

Zinc scale has seen a lot of hot posts about the freedom of baicol on several social platforms. Most of these posts about how cost-effective bulk baicol is and which channel is the most reliable have gained a lot of heat. This trend has attracted many consumers and fried the business of many small stores.

By searching for “bulk 100 alcohol” on several e-commerce platforms, we found that most of these foods are packaged in simple transparent food bags, and most of the bulk biscuits are broken. However, the owner wrote on the details page: all Gree high biscuits in our store are broken in the production process of Gree high engineering factory, and each batch of goods are broken to varying degrees. Mind taking photos carefully.

From the evaluation, most consumers who buy such food have accepted this situation at the stage of being planted with grass, and also recognize that bulk thymol is the leftover material broken in production. They don’t seem to have given much consideration to whether it is genuine and whether it meets the sanitary conditions in the packaging process.

The price difference of 0.08 yuan / G has resulted in informal packaging, non-standard quality and production sources that are difficult to distinguish between reality and reality. However, when most consumers follow the trend, they only see the attractive words such as “super cheap” and “super large package”, but they do not carefully distinguish whether the deal is as cost-effective as publicity. 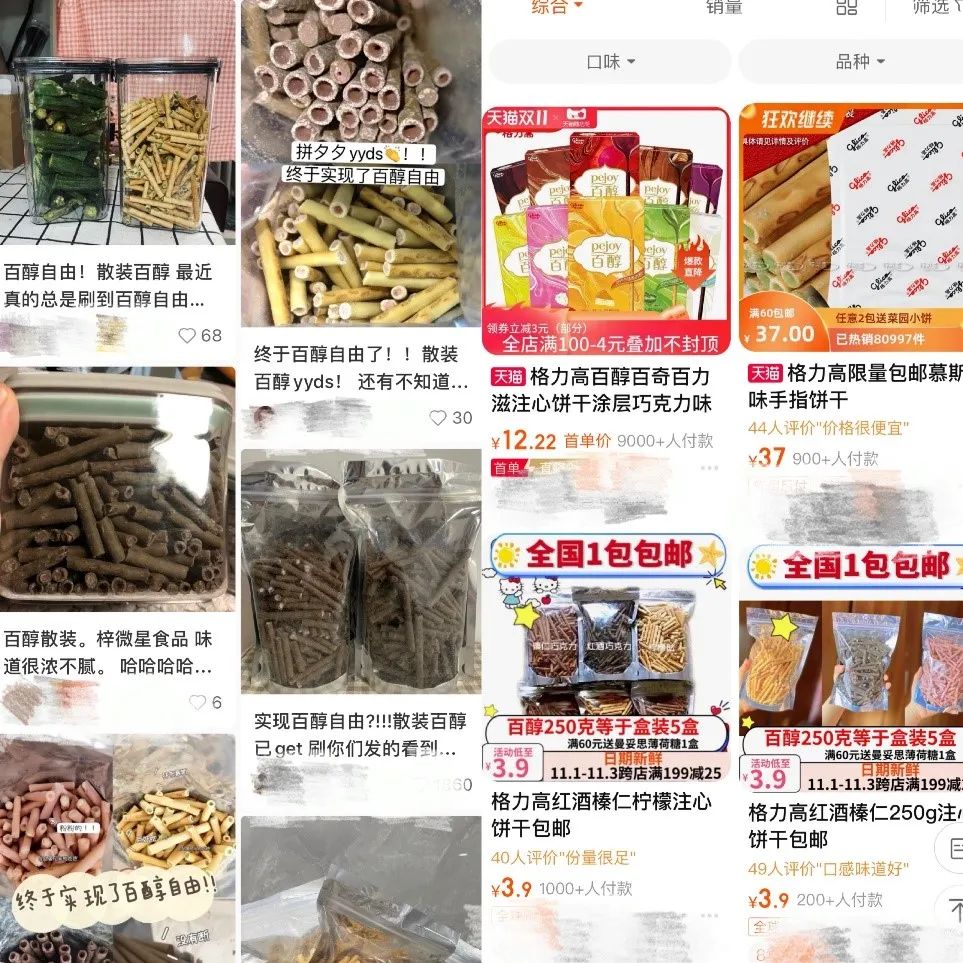 “Alcohol freedom” has become a trend

Although the price difference per kilogram is about 13 yuan, the price you need to pay is random in weight, size and appearance. “I suggest you buy a whole piece of original cut steak. It costs more than ten pieces per kilogram, but the quality is much better and the taste is different.” in the comment area under a store, I saw such a consumer feedback.

In fact, no matter what kind of leftover materials or bulk products are, to some extent, defined as defective products or wastes. For many manufacturers with strict control, such products should be scrapped in the production process rather than flow into the market at a low price. This practice will not only affect the formal sales, but also have many uncertain food safety problems.

In fact, the most worrying food safety problems have been exposed one after another before bulk food burst into greater heat.

The first batch of consumers who followed the trend to try bulk baccarat have found it fishy. As a loyal fan of Gree baccarat Matcha mousse biscuit, the netizen “egg roll” specially compared the formal clothes in the supermarket with the bulk bought online.

She found that from the appearance, the color and thickness of the two are completely different, and the grain of the bulk biscuits is very rough. As for the difference between the tastes, it is even greater. “The formal taste is rich, the entrance is fragrant, and the Matcha flavor is full, but the Matcha flavor of the bulk biscuits is very weak, almost only a little sweet, some of them have the burnt smell of over baking, and a few are hollow.” “egg roll” Share your feelings. 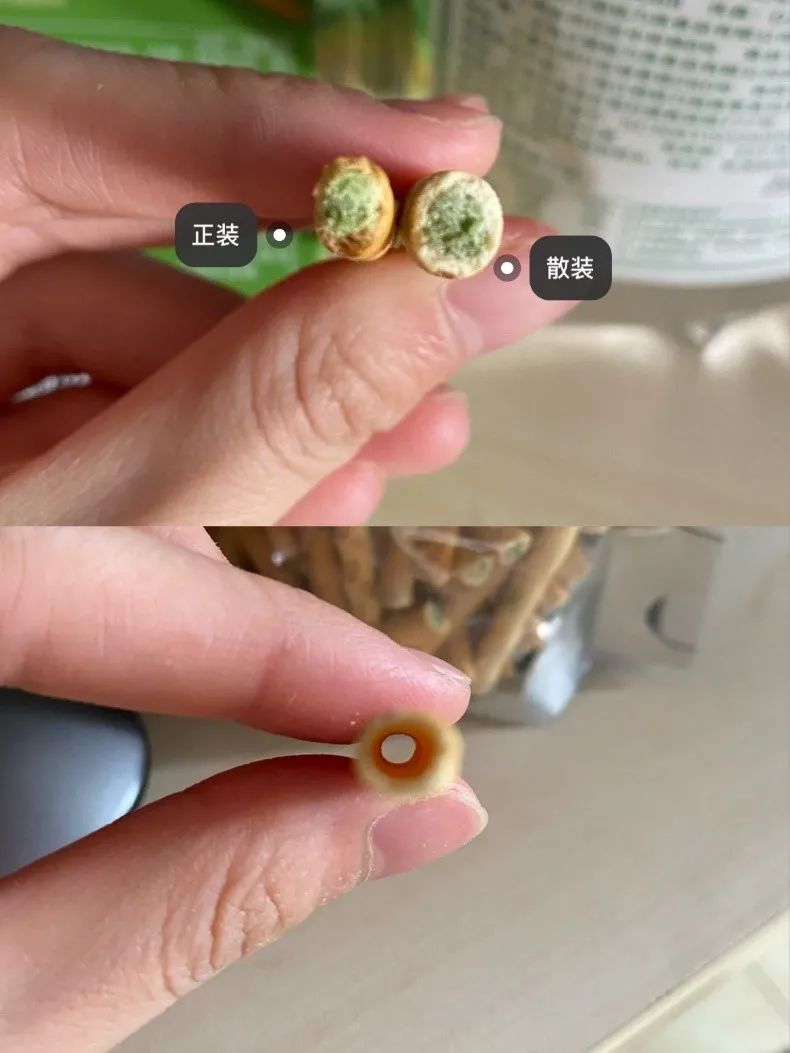 The difference between appearance and taste is a problem that consumers can find more intuitively, but businesses may often offset their doubts with different batches, but the problems found by some consumers are not so simple to deal with.

“For the biscuits received on October 8, the production date on it says October 12. Can it still be crossed?” the netizen “Lin Hai” once posted such a question on his social platform, and some people in the comment area below said they had encountered the same situation.

This can not help but make people wonder, the so-called bulk biscuits produced by the original factory, can the production date label be printed at will? Or, in fact, this is simply a fake pirated biscuit, so it is not surprising that such a low-level mistake occurs.

Subsequently, through the search, it was found that there are mainly two kinds of bulk alcohol packaging on the market, one is the white background packaging printed with Gree high logo, and the other is the semi transparent ordinary food packaging. However, similar labels are pasted on the back of both packages, which contain product information, ingredients, manufacturer, shelf life, storage conditions, nutritional composition table and other information.

There is a saying that the white bottom package printed with Gree high logo is the real biscuit produced by the original factory, but the other package is most likely a fake version.

In order to verify the credibility of this statement, zinc scale found the stores selling the two packages and asked them about the source of the products. As a result, no matter what kind of packaging is used, businesses will emphasize that the goods sold are originally produced by greeco factory. Among them, the merchants selling transparent packaging even said to the zinc scale, “my physical store is next to the factory, and one million percent is genuine.”

However, this is almost one side of the word of businesses. Whether it is the internal products or the labels on the packaging, it is easy to fake. It’s better to stay away from this disguised consumption trap than to look for snack freedom in doubt.

Whether it is the freedom of snacks or the OEM behind the brand, this consumption model has become a trend among consumers.

It is also estimated that the total output value of this market is more than 3 trillion yuan, but with the decline of freshness and the lack of temporary food supervision, the heat is receding day by day. In this case, the opportunity of bulk and leftover materials from the same factory has come. These products that may only be destroyed or processed at ultra-low prices have been pushed to the altar of “freedom”, and once needed to squat and grab goods.

This consumption behavior also reflects the psychological changes of consumers. 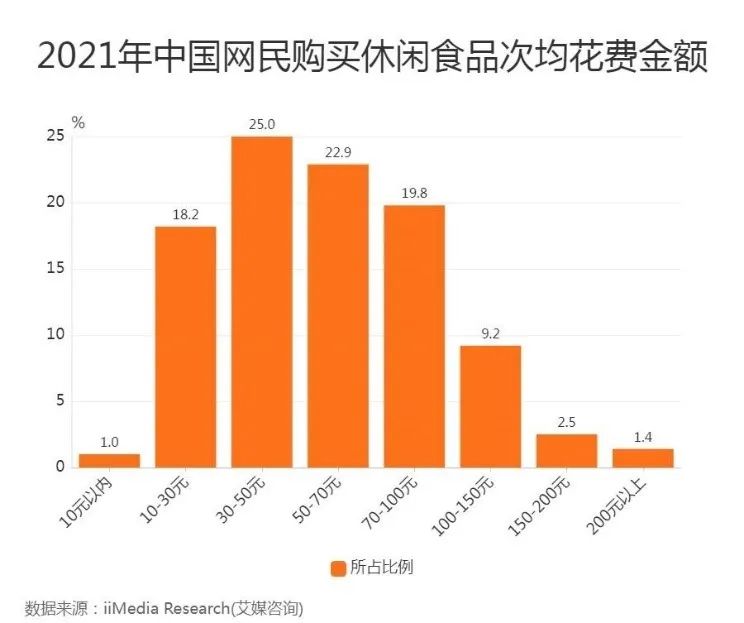 In the new consumption era, the mode of emphasizing marketing over R & D has created a batch of online Red brands, such as three squirrels, liangpin shop, Yanjin shop, baicaowei and other brands. Even if food problems occur frequently, they have already made a lot of money.

But with the passage of time, young consumers are not interested in the OEM model. After trying a product, if you think it’s delicious, you can find a OEM. Even if the packaging of the OEM is more crude and the single purchase is large, young consumers are still willing to pay and try to hold all the price difference in their own hands.

Some consumers are not satisfied with the configuration of online red products, so they decided to go straight to the OEM and customize their products. For example, for snail powder with a market of 100 billion yuan, although there are many brands on the market, some consumers will still choose to find OEM products of haohuan snail, snail overlord and other brands, perhaps spicy and smelly, or double rotten bamboo. Customization seems to be a new trend.

For the Internet natives of generation Z, it is a simple thing to use all the network resources that can be mobilized to harvest information. Finding affordable substitutes and foundries is just handy, and the popularity of this consumption model is undoubtedly full of crisis for enterprises that rely on OEM model for a long time but lack the ability of independent R & D and independent innovation.

“Post net red era”, the threshold to become a net red product is too low. If we can reach the top, we will naturally have sales and fans. However, the only brand that is not high but not low is marketing. I’m afraid it’s difficult to grasp the psychology of generation Z consumers.

It’s like looking for bulk snacks. First of all, it needs to be recognized by consumers, which will trigger consumers’ idea of looking for bulk substitutes. More importantly, as long as the brand has strong enough strength in R & D and production, it will become the foundation of the brand. 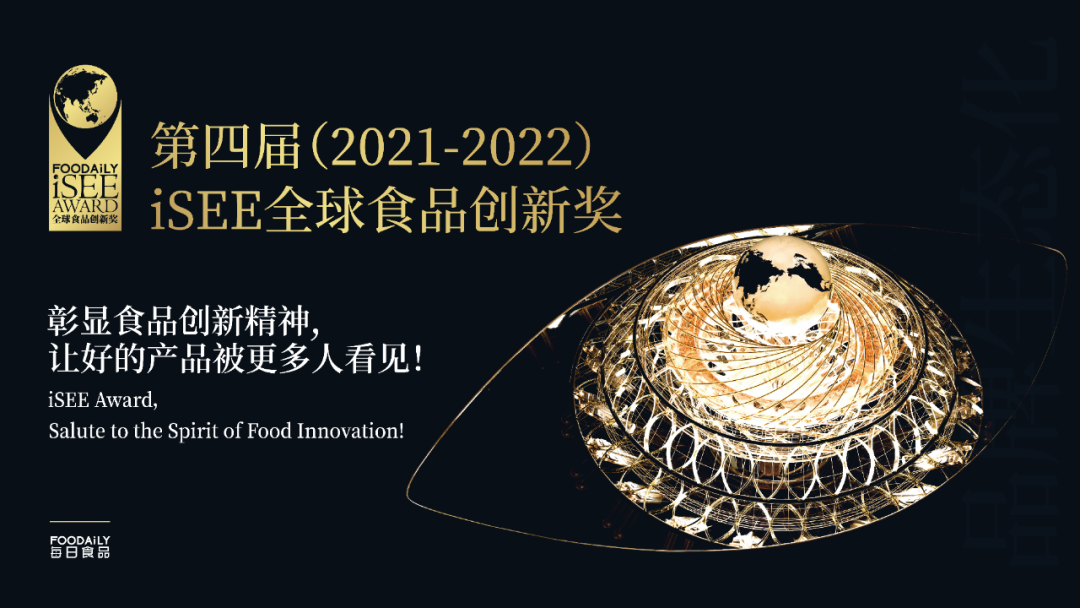