In the last month of 2021, the board of directors of Mengniu, a Chinese dairy giant, carried out the strongest restructuring in recent years.

Xiaoshidai also noted that from today on, Niu Gensheng resigned as a non-executive director and a member of the strategy and Development Committee of Mengniu because he “retired and plans to devote more time to charity work”. This also means that the legendary founder of Mengniu officially resigned his last post in the company. 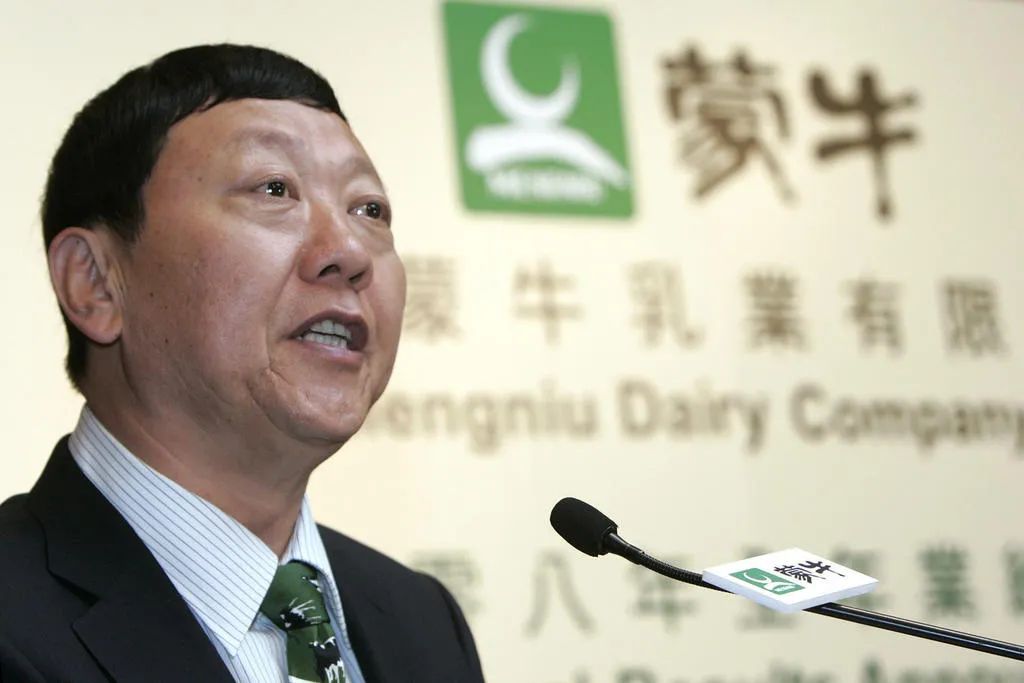 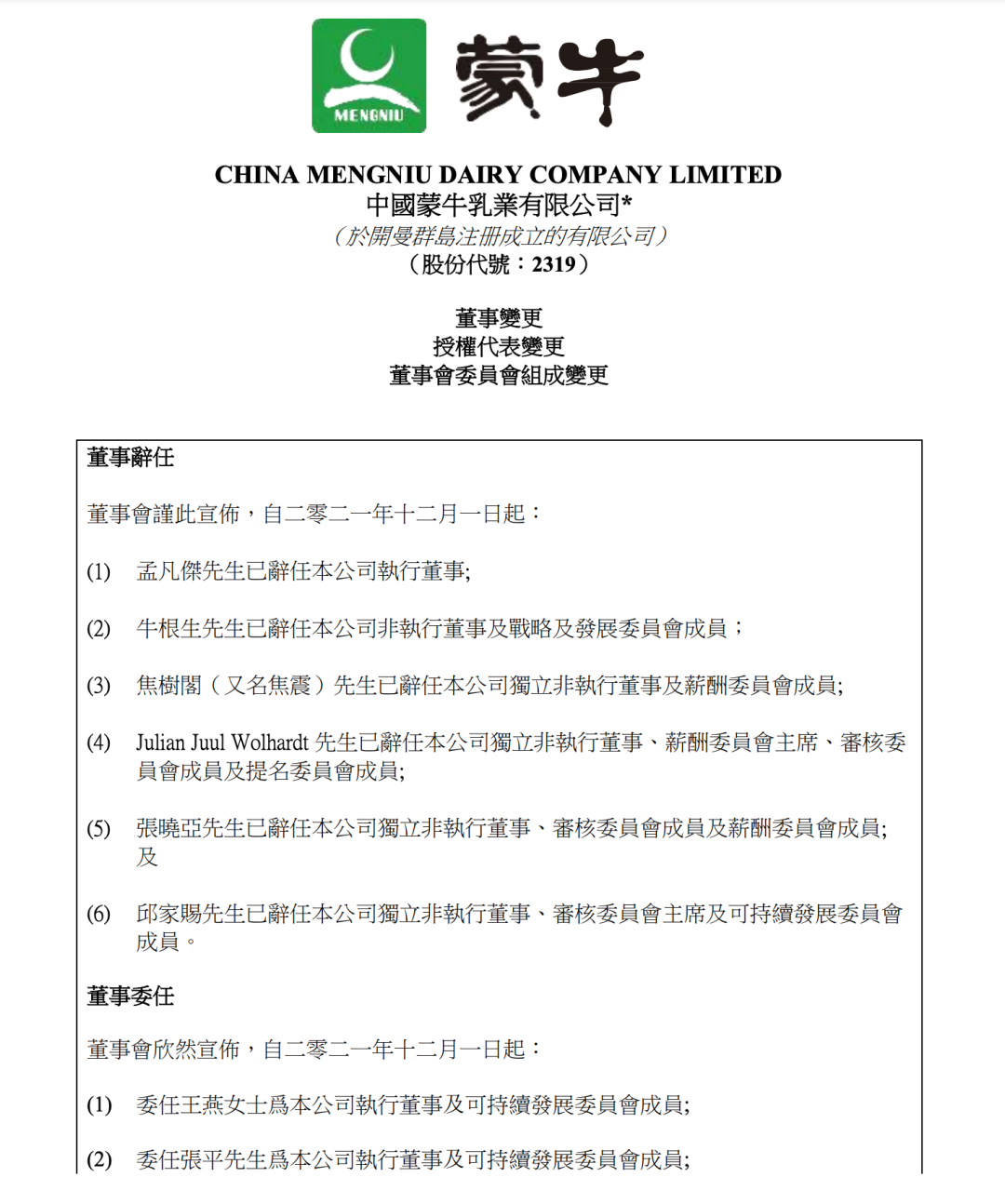 Mengniu Dairy announced in the announcement that from December 1, 2021:

(1) Meng FanJie resigned as the executive director of the company due to job transfer;

(2) Niu Gensheng resigned as a non-executive director and a member of the company’s strategy and Development Committee due to his retirement and plans to devote more time to charity work;

(3) Jiao shuge has resigned as an independent non-executive director of the company and a member of the Remuneration Committee of the company;

(6) Qiu Jiaci resigned as an independent non-executive director, chairman of the audit committee and a member of the company’s sustainable development committee because he wanted to focus on other work affairs.

Many of the members on this list are very senior. Mengniu said in the announcement that Jiao shuge, Julian Juul wolhardt and Zhang Xiaoya “have served as independent non-executive directors of the company for more than 9 years and decided to resign based on the company’s good corporate governance”.

At the same time, Mengniu also announced a series of board appointments. The board of directors of the company announced in the announcement that from December 1, 2021:

(1) Appoint Wang Yan as the executive director of the company and a member of the Sustainable Development Committee;

(2) Appoint Zhang Ping as the executive director of the company and a member of the Sustainable Development Committee;

(3) Appoint Wang Xi as a non-executive director and a member of the strategy and Development Committee of the company; 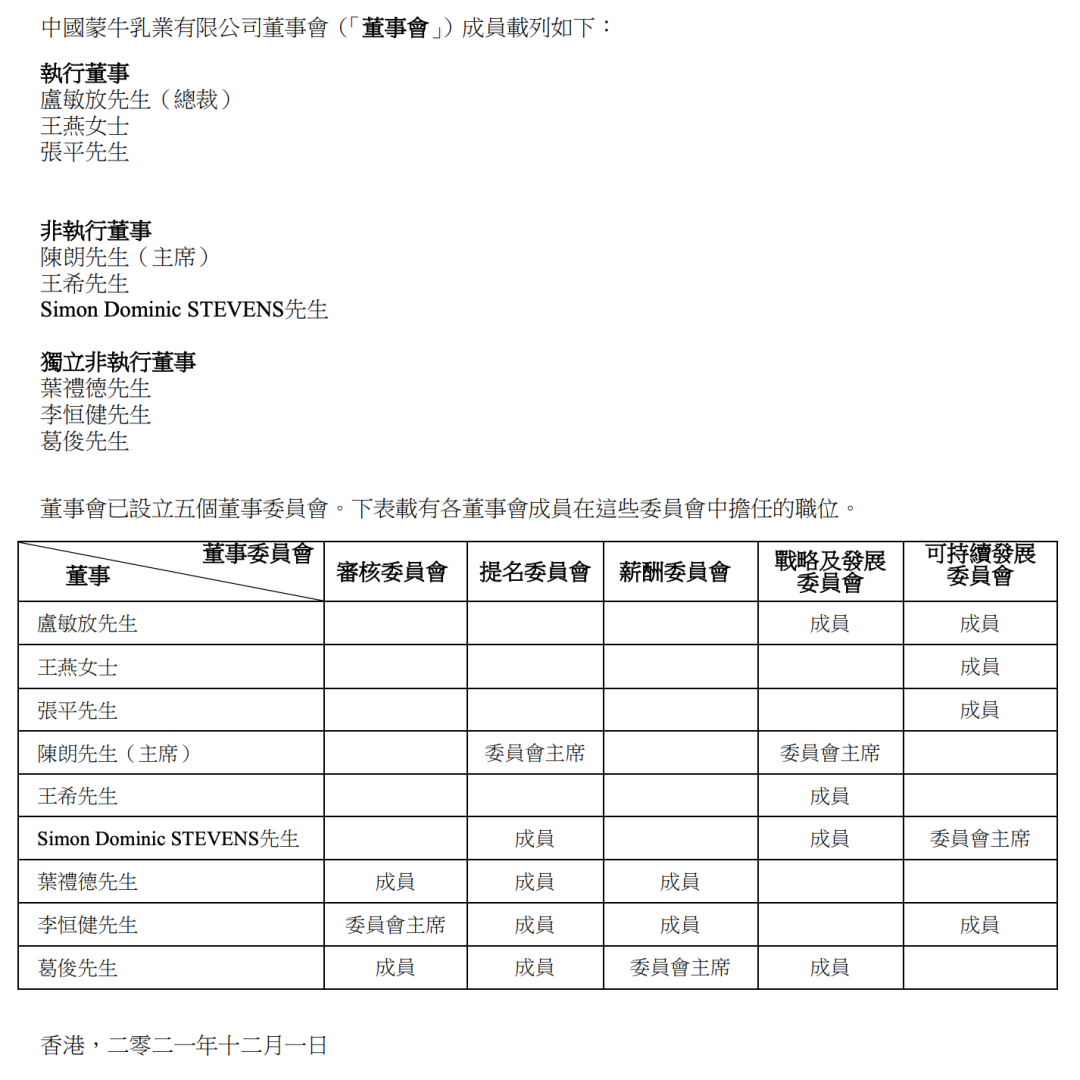 Mengniu said in the announcement that the addition of new directors will further enhance the diversity of board members, reflecting COFCO’s full trust and support for the management.

As the founder of Mengniu, Niu Gensheng has long been regarded as the soul of this Inner Mongolia dairy company.

Data show that Niu Gensheng was born in Hohhot in January 1958. In 1983, Niu Gensheng entered the breeding cattle breeding plant in Inner Mongolia. From the grass-roots level, he served as the deputy director of Yili in 1992.

In 1999, Niu Gensheng, who had left Yili, founded Mengniu and made Mengniu the champion of China’s dairy industry in just eight years. During this period, Mengniu advertised that “one kilogram of milk a day will strengthen the Chinese people”. Under the leadership of Niu Gensheng, the company has become the top two dairy companies in China by 2005. 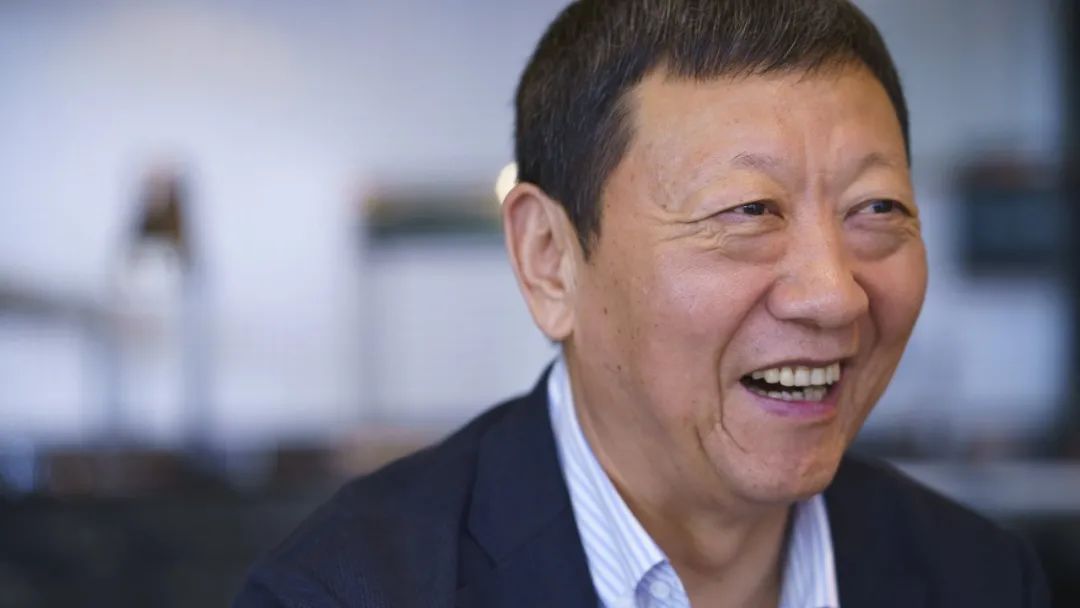 “The earliest (Mengniu) registration was 1 million, which was made up of 1 million by several of our senior executives.” Niu Gensheng later recalled the history of founding Mengniu and said: “we must build it according to the century old store. At that time, our slogan was’ century old Mengniu, strengthen milk and prosper agriculture ‘.”

In 2008, with the occurrence of liability accidents in the dairy industry, Niu Gensheng also faced the most important challenge since the founding of Mengniu. “If this matter is not handled well, I, the chairman of the board, will take the blame and resign.” at that time, Niu Gensheng said in a speech to Mengniu employees: “in order to bear the responsibility, we are prepared at all costs.”

In 2009, COFCO announced to invest HK $6.1 billion with Hopu fund to acquire 20% equity of Mengniu, becoming the largest shareholder of “China Mengniu”. In July 2011, COFCO increased its holdings at a cost of HK $3.6 billion. All of its increased 142 million shares came from the company’s shareholders Jinniu, Yinniu and Niu Gensheng’s Hengxin trust fund, which has just stepped down as chairman of the board of directors. In June of that year, Ning Gaoning, then chairman of COFCO group, succeeded Niu Gensheng as chairman of Mengniu’s board of directors. The latter said that he “plans to devote most of his time to charity work”. 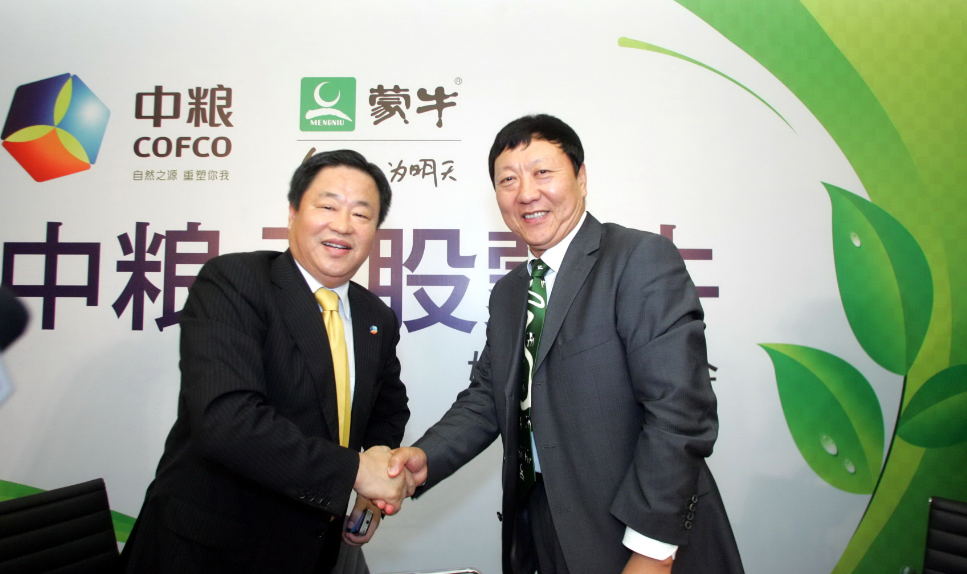 In fact, after years of development, the dairy giant has started the layout of the next stage. Xiaoshidai introduced that at the end of December last year, Mengniu first put forward the strategic plan of “creating a new Mengniu” for the next five years.

“In the past 21 years, we have created nearly 80 billion Mengniu. Next, we will create a new Mengniu system in five years.” Lu Minfang, President of Mengniu, once said at the 2020 performance meeting that we have made a clear five-year strategic plan for each business segment.

So, under the plan of “creating a new Mengniu in five years”, does the dairy giant aim to double its revenue and market value by 2025?

In this regard, Lu Minfang told xiaoshidai at the end of last year: “I hope you will pay more attention not to how many billions you make, not to how much profits change. Is this important? It is important, but how to do it is more important.” he said that Mengniu’s five-year new plan focuses more on the development concept and future growth model.

According to his introduction, in order to ensure long-term development power, Mengniu’s new five-year plan should focus on internationalization, consumer experience and digital intelligence transformation.

According to the company’s 2020 sustainable development report, Mengniu’s products have entered the markets of Singapore, Mongolia, Myanmar, Cambodia, Indonesia, Malaysia, Canada and more than 10 countries and regions. At the same time, Mengniu also has one production base in Australia, New Zealand and Indonesia.

According to the above sustainable development report, Mengniu has launched more than 50 new products in the past year, equivalent to an average of one new product per week. In addition to catering to health needs on the original product line, such as the introduction of Youyi C sugar reduction and sweet control series and a variety of sugar reduction ice cream products, Mengniu has also cut into the field of 0 sugar bubble water. 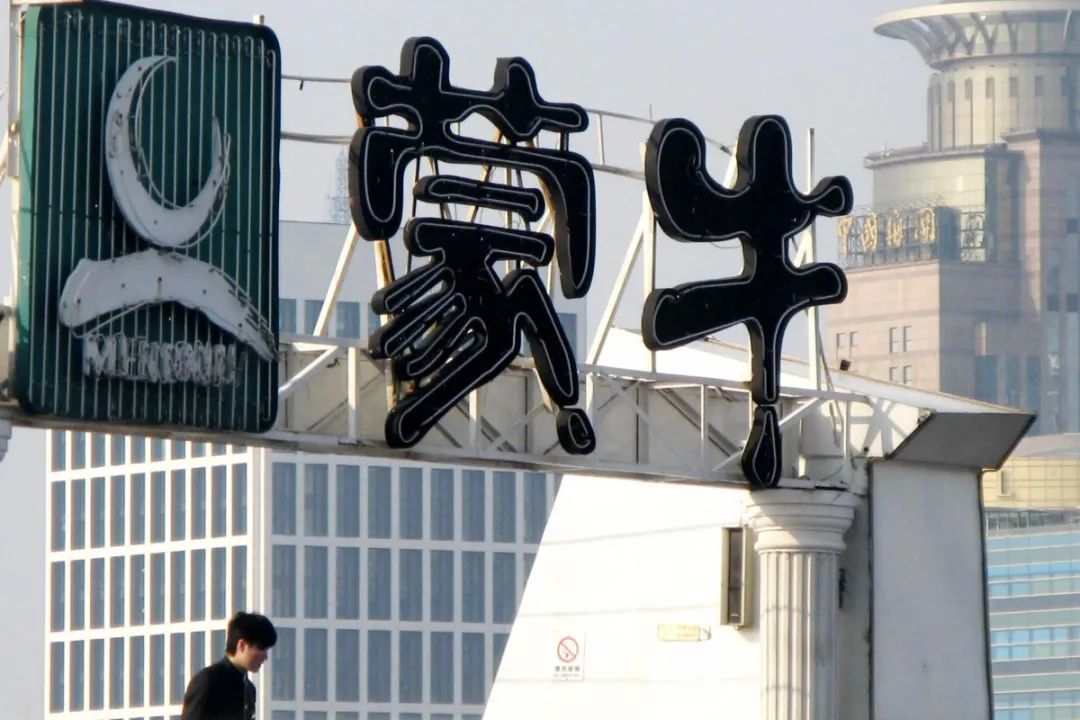 This year, Mengniu continues to make great efforts to innovate, and one of its landmark new products is undoubtedly its low-temperature milk joint venture with Coca Cola.

“Let’s look forward to the portrait of Mengniu in the next five years. What will Mengniu look like by 2025? In addition to achieving our financial indicators, we also hope to become a consumer favorite Mengniu, a digital Mengniu, an international Mengniu and a Mengniu with strong cultural genes,” Lu Minfang said.

Pay attention to “snack generation” (wechat: foodinc) “and reply to” Mengniu “to see the wonderful news.