Today, Qianwei central kitchen, the first stock in the catering supply chain, announced that in view of the continuous rise in the costs of raw materials, labor, transportation and energy, the company decided to reduce the product promotion policy or increase the distribution price of some quick-frozen rice flour products, with a price adjustment range of 2% – 10%. The new price will be implemented according to the price adjustment notice of each product from December 25, 2021. (company announcement)

The official account of WeWork WeChat is released today, and will officially work with Oatly to open the concept cafe in December 10th. The store is located in

Yum China’s acquisition of control of KFC Hangzhou was approved

On November 30, the Anti Monopoly Bureau announced a number of cases of unconditional approval of business concentration. The case of Yum (China) Investment Co., Ltd. obtaining the control of Hangzhou KFC Co., Ltd. through other means was concluded on November 26. Xiaoshidai once introduced that in this case, in addition to holding Hangzhou KFC, Hangzhou beverage service, which Yum China plans to take a stake, also operates about 60 Chinese restaurants with four time-honored brands: zhiweiguan, Hangzhou restaurant, Kuiyuan restaurant and Tianxiang building, as well as high-growth food processing business (xiaoshidai)

Recently, the intelligent production line expansion project of Qingyuan jiaduobao Beverage Co., Ltd. was approved, with a total investment of 13.5 million yuan. The scale and content of the project is to separate an independent production workshop of about 3000 square meters from the existing plant for the installation of the company’s newly launched production line of aerated beverage products and supporting equipment and facilities. The design capacity is 10 million cases / year, and the production line is basically a fully automatic production line. (online approval and supervision platform for investment projects in Guangdong Province)

Rosen set up shop in Sichuan for the first time

Rosen announced yesterday that China’s local legal person acquired Sichuan oooh Supermarket Chain Management Co., Ltd., which operates convenience stores in Sichuan Province, China, from Baishi group, a large logistics enterprise. On December 1, seven stores in Sichuan oooh were changed to Rosen and a new one was opened. This is Rosen’s first store in Sichuan Province, and the specific purchase amount has not been announced. Sichuan oooh operates 25 stores in Chengdu Five stores and signboards will be gradually changed to Rosen. (Nikkei Chinese network)

Yoshinoya has filed a case for investigation in some illegal stores

On November 30, Shenzhen market supervision and Administration Bureau raided 34 Yoshinoya stores and found violations in many stores, including suspected use of fried chicken marinade without label and failure to replace fried edible oil in time. Some of them have been filed for investigation. (Beijing news client)

Yoshinoya issued an apology statement on its official website

On November 30, Yoshinoya (China) Investment Co., Ltd. issued an apology statement on its official website, saying that the stores involved had been closed for rectification, and that they had accepted the interview and guidance of the competent market supervision department. (Zhongxin Jingwei)

Three squirrels responded to the moldy nut incident, and the notarized and tested products were all OK

Wuliangye’s price increase is comparable to that of Feitian Maotai

It is reported that recently, the newly signed contract price of Wuliangye dealers next year has changed. The unplanned price of 52 degree eighth generation Wuliangye has been increased from 999 yuan / bottle to 1089 yuan / bottle, the planned price is 889 yuan / bottle, and the contract volume inside and outside the plan is 3:2. It is estimated that, taken together, the ex factory price of the eighth generation Wuliangye has increased from 889 yuan to 969 yuan, an increase of nearly 9%, which is consistent with the ex factory price of 53 ℃ 500ml Feitian Maotai liquor. The price increase has been nearly three years since the last price increase of Wuliangye. (Securities Star)

Yizi launched Zero sugar Oreo in China in August. This Oreo uses maltitol to replace traditional sugars such as sucrose and glucose, with very slight differences in taste. However, Dirk Van de put, CEO of Yizi international, said that the response of the Chinese market to Oreo sugar free biscuits did not meet expectations. (Reuters)

Between now and January 2022, subway Singapore branch will launch a vegetarian sandwich in 50 stores, in which the vegetarian chicken chops are made of soybean protein from the harvest gourmet brand of Nestle. Singapore Subway said it was the first time it used vegetable chicken protein. （PlantBased News）

On December 1, Unilever announced a change in its leadership. Ritva sotamaa, the chief legal officer and group secretary, decided to retire from Unilever at the end of March 2022, and Maria varsellona, the current legal adviser and company secretary of ABB Co., Ltd., a global technology company, took over the position. (issued by the company)

Recently, Suntory spirits officially released information that it will adjust the prices of some Japanese and imported whisky products from April 1, 2022. The price adjustment range includes 31 SKUs of 8 brands represented by Suntory in the Japanese market, including “Xiang”, “Yamazaki”, “Baizhou”, “Zhiduo”, and “McCarran”, “gryfield”, “Baifu” and “turado”, with a price adjustment range of up to 28%. (spirits business watch)

General Mills recently announced that it has completed the sale of 51% of the controlling stake in the European Yunuo business. (issued by the company)

Hooray foods, a plant bacon brand, completed a seed round of financing of US $2.7 million

Hooray foods, a plant bacon brand, announced the completion of a seed round financing of more than $2.7 million. Since its establishment a year ago, hooray foods has sold more than 2 million plant bacon and entered the Canadian market earlier this month. Next year, the company will use the money to launch an improved version of plant bacon. （perishable news） 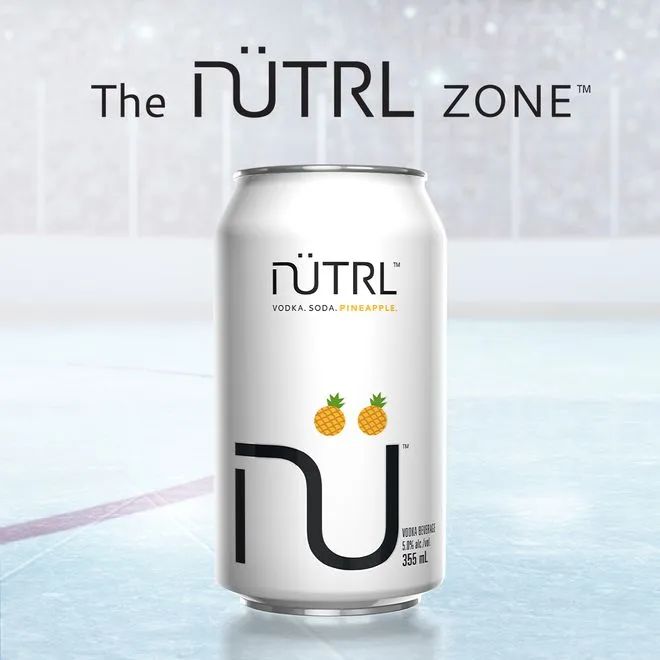 Plantveda foods, a Canadian plant-based dairy company, launched an alternative to probiotic yogurt: plantgurt. “A cup of plantgurt contains billions of probiotics,” the company said. The product has three flavors: original sugar free, mango and blueberry. It is purchased on the company’s website and is expected to be launched in retail stores in early 2022. （Foodbev）

On December 1 local time, plantera foods, a company of JBS, the world’s largest meat processor, announced that it had established a production base in northern Denver and transformed it into a major production center in North America. The person in charge of the company said that the innovation of the factory is that the same production line can be used to produce different types of products. At present, the new factory has begun to produce mushroom meat substitutes fermented by pea and rice protein. （The Business Journals）

Shanghai spent more than 10000 yuan on food, tobacco and alcohol, followed by Guangdong

According to the recently released China Statistical Yearbook 2021, the first financial reporter combed the composition of per capita consumption expenditure of residents in 31 provinces in 2020 and found that the proportion of food, tobacco and alcohol expenditure in consumption expenditure in 14 provinces exceeded the national average, mainly located in the south. Shanghai’s per capita expenditure on food, tobacco and alcohol reached 11224.7 yuan, which is the only province with more than 10000 yuan; Guangdong, the largest economic province, also reached 9629 yuan, ranking second. (First Finance)

The United Nations Food and Agriculture Organization said Thursday that global food prices rose for the fourth consecutive month in November, reaching the highest level since June 2011. The FAO food price index rose 1.2% month on month to 134.4 in November, as world demand for basic food continued to be strong. The index tracks the cost of a basket of basic foods, rising due to rising prices of grains, dairy products and sugar, while the prices of meat and vegetable oil fell slightly. (Wall Street Journal)