Jianzhi will become the “boss” of China’s high-end beer in 2025, and China Resources snowflake is ready to sprint to the second stage.

Xiaoshidai noticed that at the 2021 snowflake Channel Partner Conference held this afternoon, senior executives such as Hou Xiaohai, CEO of China Resources snowflake, showed their high-end answers in the past year and revealed the focus of work in 2022. 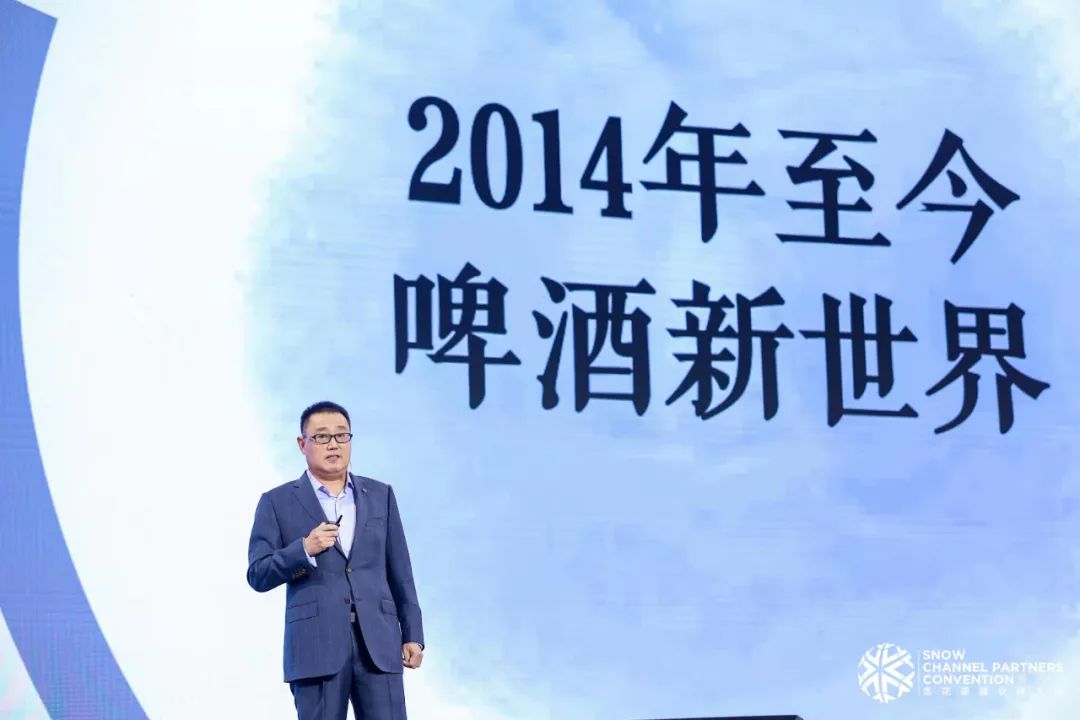 This year, China’s beer market is expected to usher in a major turning point.

He Yong, Secretary General of China Wine Association and chairman of beer branch, said at the meeting that since the peak of industry output in 2013, China’s beer market has not recovered until this year. “We expect that the total beer output this year will be 35.3 million kiloliters, an increase of 3.5%, the sales revenue will be 160 billion, a year-on-year increase of 8.9%, and the profit will be 17.5 billion, a year-on-year increase of 30.7%.” 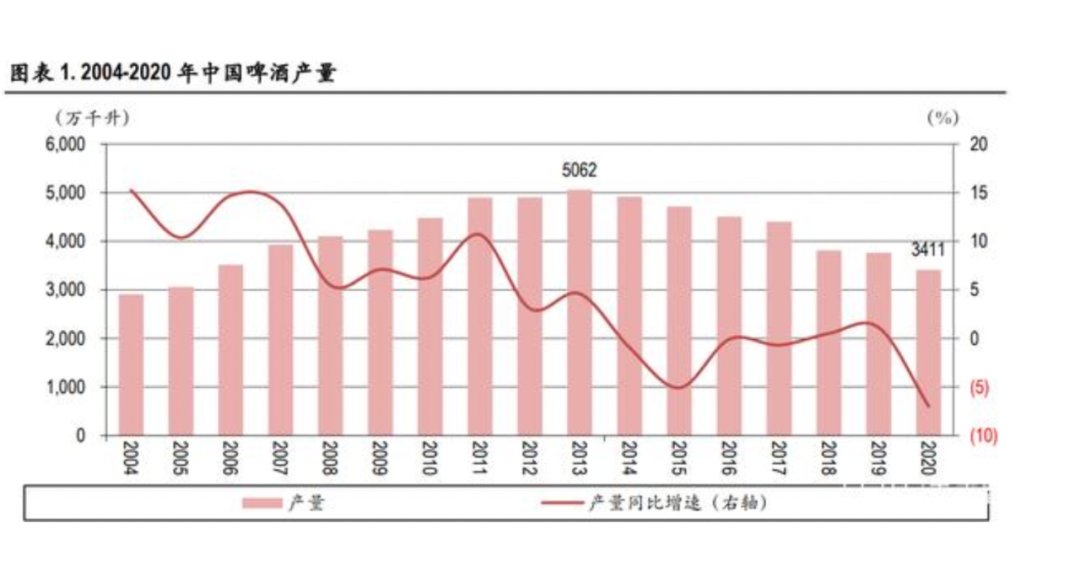 In this landmark year, the high-end of China Resources snowflake has also unlocked many achievements, especially the expansion of key large customers. According to the “two achievements” released by Hou Xiaohai at the scene, on the one hand, the company has prominent advantages in high-end large customers.

Wang Weijian, director of China Resources snowflake channel development department, said that this customer group has made an increasing contribution to the company’s high-end growth. Taking the top 200 customers as an example, the number of these customers accounts for only 1.4% of the total number of snowflake dealers, but they have contributed 11% of super brave Tianya, 24% of Mars green, 48% of Chunsheng and 52% of Heineken.

“The total number of large customers has been increasing, and has gradually become the core force of our high-end decisive battle.” Hou Xiaohai said that the number of professional customers increased rapidly this year, especially in the relatively weak high-end channels of snowflake beer at night, supporting the company’s counter trend development under the epidemic situation. 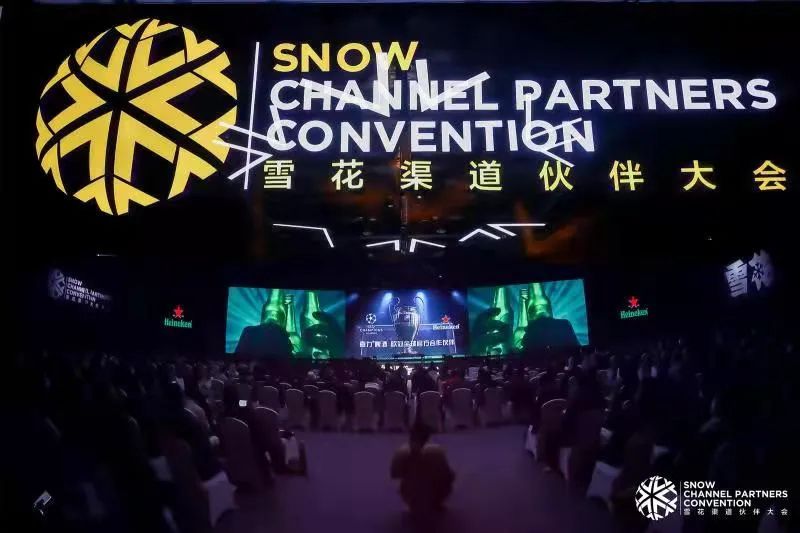 The snack generation introduced that in the first half of this year, the comprehensive turnover of China Resources beer was 19.634 billion yuan (RMB, the same below), an increase of 12.8% year-on-year; The profit attributable to shareholders of the company increased by 106.4% year-on-year to RMB 4.291 billion.

This has been driven by high-end to a certain extent. During the reporting period, the sales volume of China Resources beer of sub high grade and above reached 1 million kiloliters, an annual increase of 50.9%. “Our high-end products above the secondary high-end have a market share of about 22% ~ 25% in China’s high-end beer market, and this growth rate is faster than we expected.” Hou Xiaohai disclosed at the performance meeting at that time.

Returning to the newly released “two achievements”, Hou Xiaohai pointed out that China Resources snowflake’s “sword casting action” was also effective. He once said publicly that the “sword casting action” hopes to introduce some high-quality big customers from competitors, society and industry through cultivation and development. 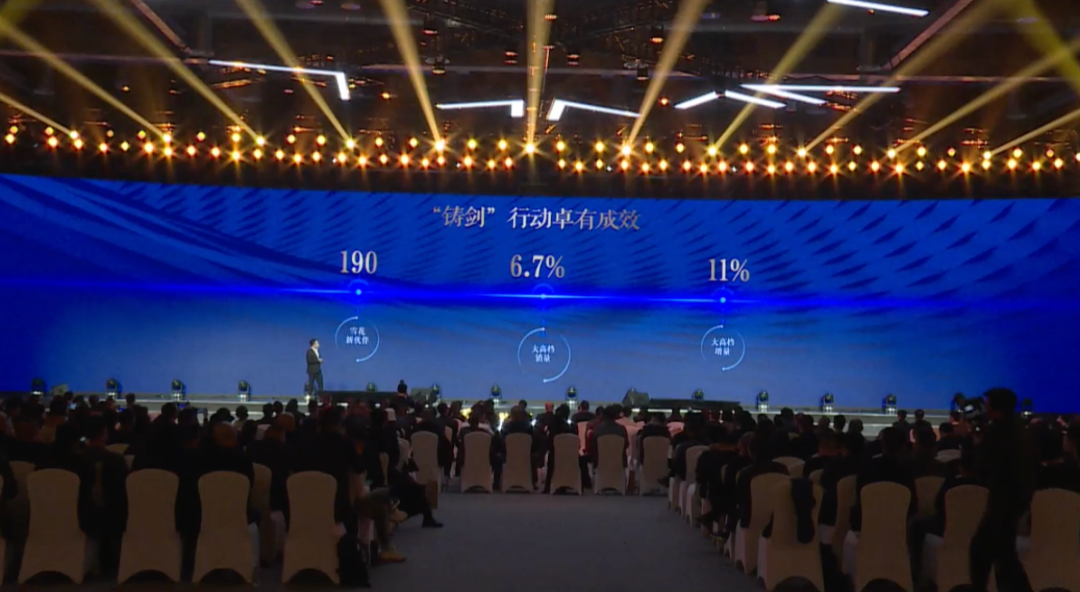 At the scene today, Wang Weijian revealed that the operation opened up nearly 200 customers in 2021, which contributed 6.7% of sales and 11% of increment to the company’s large and high-end products. Hou Xiaohai said that the “sword casting action” has realized the continuous growth of the number of customers and the steady improvement of the terminal conversion rate.

As 2022 is about to begin, China Resources snowflake’s “three-step” high-end strategy will also enter the second stage, that is, the last year of “decisive battle for high-end and quality development”. Hou Xiaohai once pointed out that the goal of this stage includes that high-end sales can be close to major competitors or large competitors in the industry.

To this end, China Resources snowflake has also set many priorities for 2022. Song Zhanmin, general manager of the marketing center of China Resources Snow Beer China Co., Ltd., said today that the company will continue to “fight several big battles” in terms of market development, growth of main varieties and development of key customers next year. 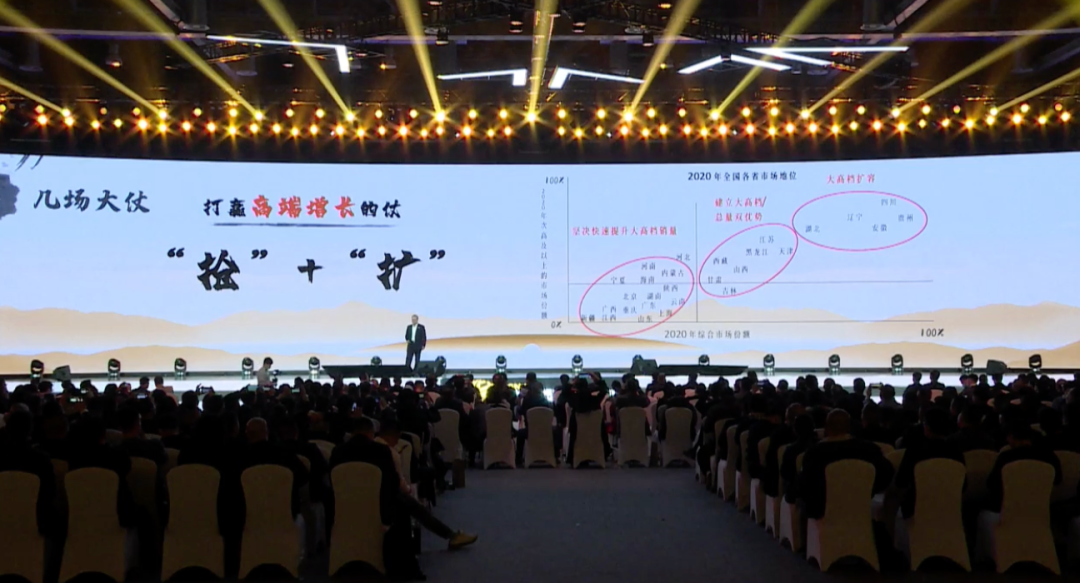 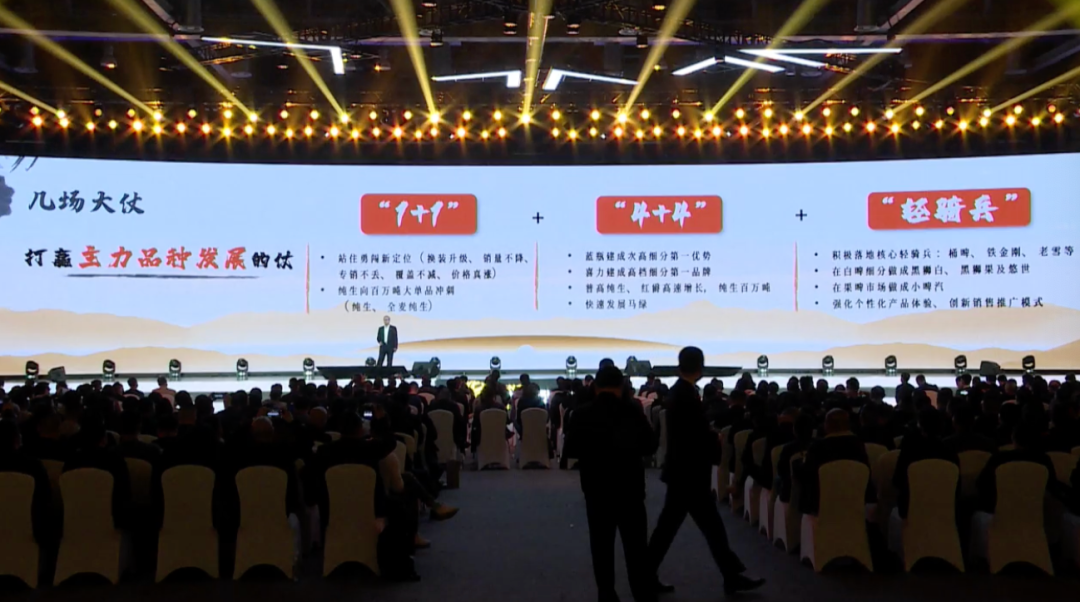 For the “1 + 1” combination composed of Yongchuang Tianya and Chunsheng, song Zhanmin revealed that Yongchuang Tianya will increase the price and upgrade the clothes. “Our task is not to lose the exclusive sales, not to reduce the coverage, to increase the price and not to reduce the sales volume”. Chunsheng will sprint to become a million ton single product, and a new product, whole wheat Chunsheng, will be launched next year. 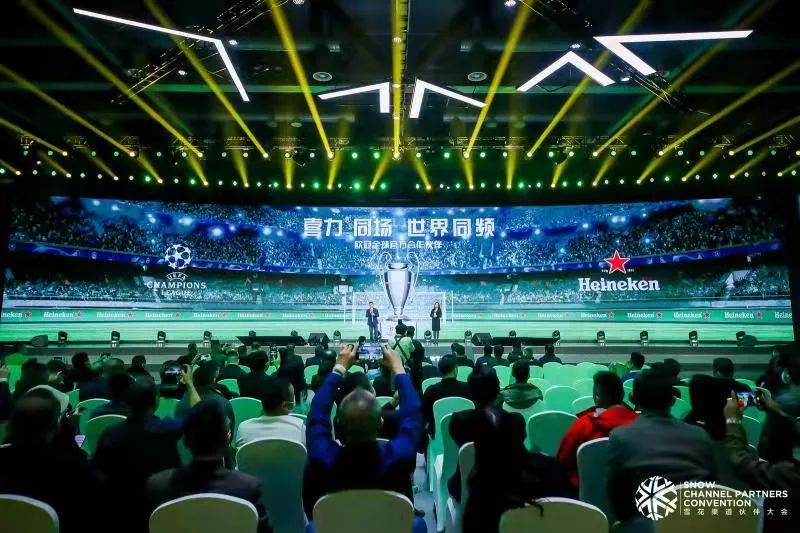 In addition, in terms of key customer development, China Resources snowflake plans to “walk on two legs” to expand new customers and improve the high-end sales capacity of existing customers.

“We hope to develop personalized product customers in the market with high snowflake share, and continue to forge swords in Fujian, Beijing, Shanghai, Guangzhou and Shenzhen. In some markets with high (snowflake) share but slow progress in high-end, we hope to promote the development of key customers by improving customers’ high-end ability.” Song Zhanmin said.

The reason behind this is that diversified development has become one of the characteristics of the beer industry entering a new stage. “The industry is not only a big business, but also in Baijiu, liqueur, soda and beverages. It shows that the expansion, aggression and empowerment of beer industry are coming.” Hou Xiaohai said at today’s meeting. 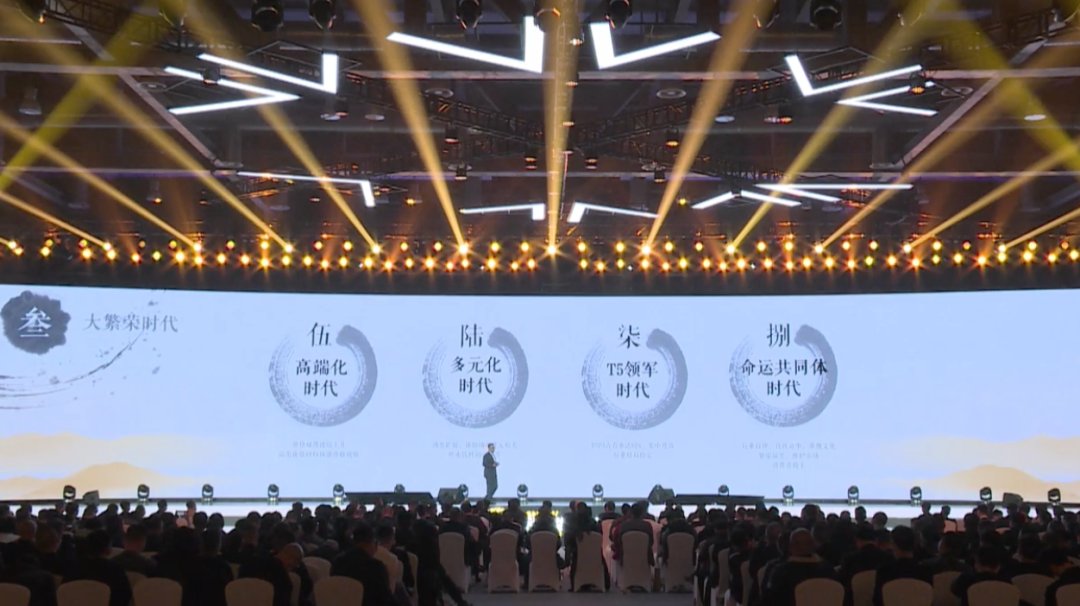 At present, Huarun snowflakes also opened small steps to explore the fast, extending the tentacles to the beverage and Baijiu field.

The snack generation introduced that in March this year, China Resources snowflake launched its first carbonated beverage product “small beer steam”. This low calorie beverage with the same appearance as beer is aimed at people aged 18-35. It not only meets the needs of the party atmosphere, but also caters to the health needs of modern young people. It is described as a key step in the strategic transformation of the company’s layout of high-end and youth. 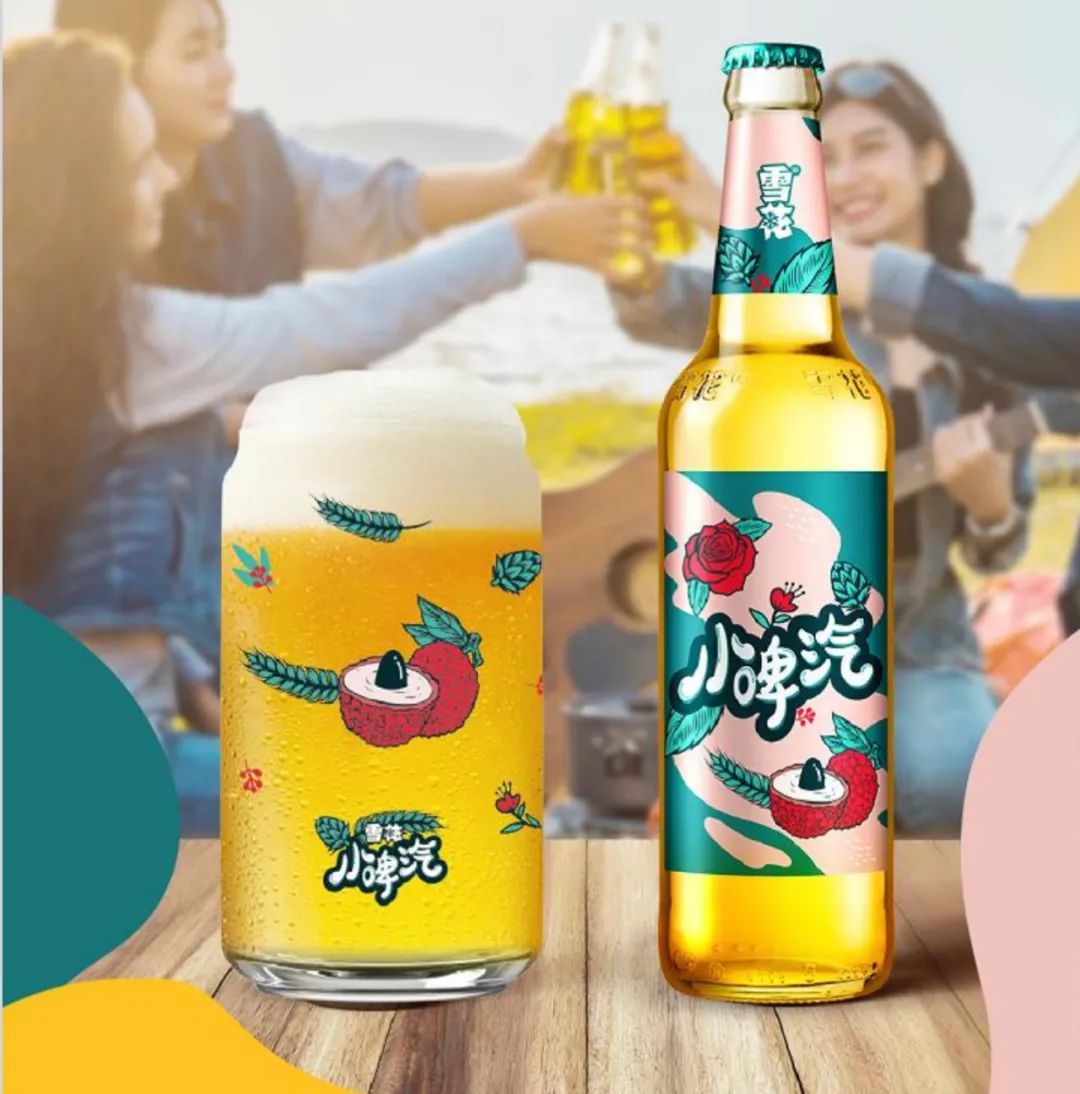 In a briefing at that time, Hou Xiaohai, who “appeared” as the chairman of China Resources wine Holding Co., Ltd., said that China Resources beer would expand and strengthen the main beer industry and actively explore the limited diversification of alcohol. 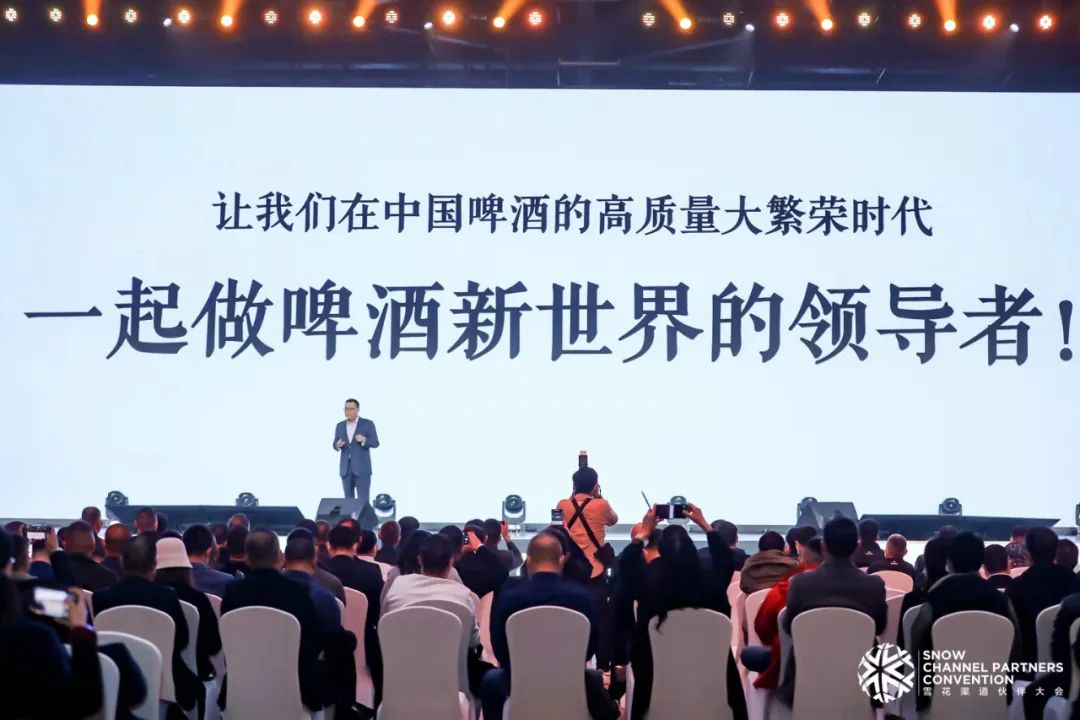 He also revealed that in March this year, the 2020 performance meeting revealed that Huarun snow preferred and explored categories were “limited” and “similar to beer”. Then, it entered the experiment to develop another capability gradually, and create other categories, including Baijiu, pre – liquor and so on.