Zong Fuli, daughter of Zong Qinghou, founder of Wahaha Group, finally began to “pick the backbone” among the local beverage giants with an annual revenue of 44 billion.

Xiaoshidai noticed that today, Hangzhou Wahaha Group Co., Ltd. announced on its official website that Zong Fuli will be the vice chairman and general manager of the company, responsible for daily work, with immediate effect. The announcement said that Zong Fuli will work with Zong Qinghou, chairman of the company, “inject evergreen vitality into the steady development of Wahaha.”

According to the data, Zong Fuli studied in the United States at the age of 14. After returning from school in 2004, she entered the food and beverage industry. Since 2007, she has served as the president of Hongsheng beverage group. So far, she has independently led Hongsheng to grow into the top 500 private enterprises in China. She has served as the director of brand public relations department of Wahaha Group since April 2018 and the deputy general manager of sales company of Wahaha Group since March 2020. 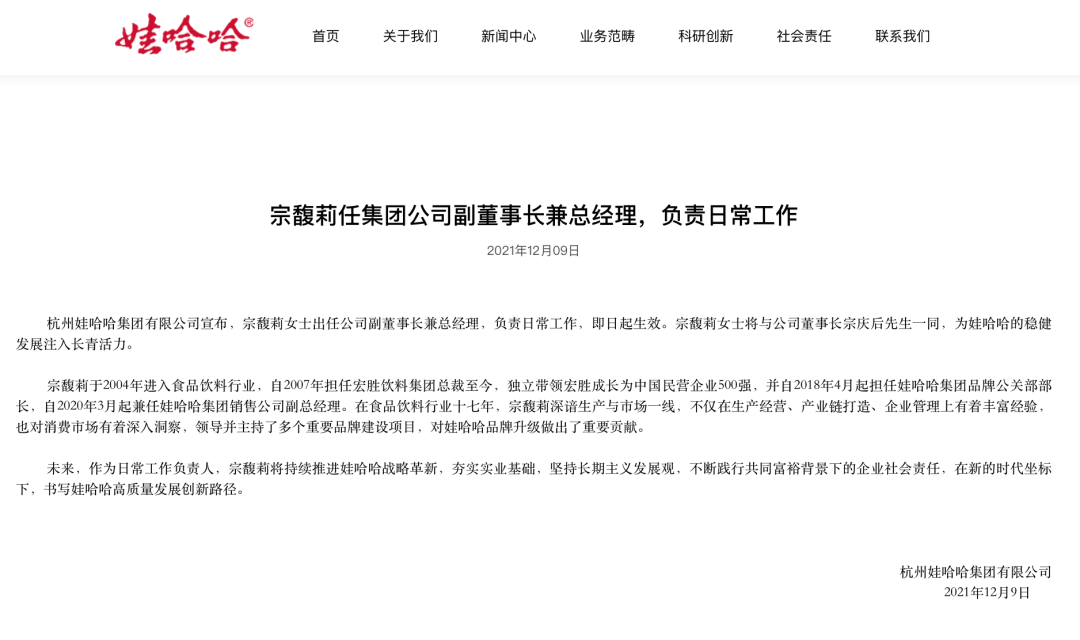 Under the background that the topic of Wahaha’s successor has been raised from time to time in recent years, Zong Fuli’s taking over the important post of general manager has also been interpreted as another major trend of internal handover of the company. As a high-profile “second generation of entrepreneurs”, what are Zong Fuli’s business philosophy and “achievements” in the past? In the future, how will she steer the giant ship Wahaha?

From upstream to downstream

“In the food and beverage industry for 17 years, Zong Fuli is well versed in the front line of production and market. She not only has rich experience in production and operation, industrial chain building and enterprise management, but also has in-depth insight into the consumer market. She has led and presided over several important brand construction projects and made important contributions to the upgrading of Wahaha brand.” Wahaha said today. 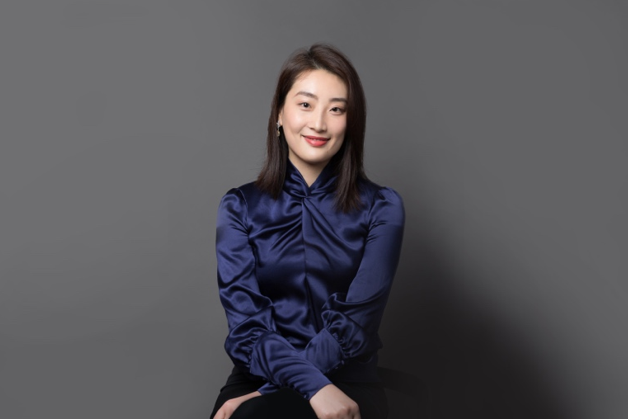 The Wahaha successor’s “advanced path” can be said to start from Hongsheng.

Public information shows that Hongsheng beverage group was established in 2003, mainly doing OEM business for Wahaha. In 2007, Zong Fuli took over Hongsheng and began to develop her own business territory with one fist and one foot. It is reported that she did it by herself from land acquisition, equipment purchase, team building and plant building.

In just over ten years, Zong Fuli has successfully developed Hongsheng from a production line to a comprehensive beverage group with 20 production bases, more than 40 subsidiaries, the layout of the whole industrial chain and among the “top 500 Chinese private enterprises”. 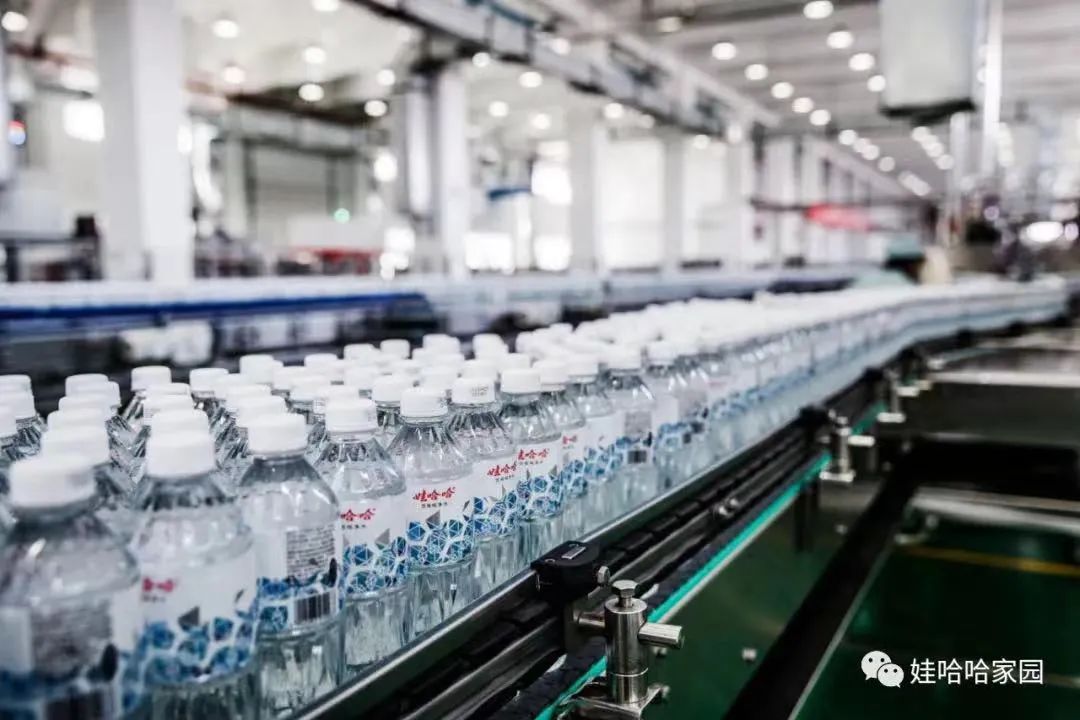 For the operation of Hongsheng, Zong Fuli first focused on “breaking through the core technology”. Xiaoshidai learned that in the first year of taking over Hongsheng, she established Songyuan machinery, hoping to break the monopoly of foreign food enterprises on the core technology of food and beverage equipment manufacturing. In only two years, Songyuan machinery has independently developed beverage packaging molds such as PET bottles and caps.

In addition to Songyuan machinery manufacturing, Zong Fuli has also established many emerging enterprises such as Songyu printing and packaging, Hengfeng Food Technology and so on. Today, Hongsheng’s three core subsidiaries are national high-tech enterprises.

According to Wahaha, hongshengchao chain intelligent manufacturing has introduced international cutting-edge beverage manufacturing equipment and technology to build a fully automated aseptic production line. The automation degree of the whole line has reached more than 90%, which can realize accurate connection between supply and demand, efficient matching and rapid response, and increasingly enrich diversified consumer demand with higher quality services. 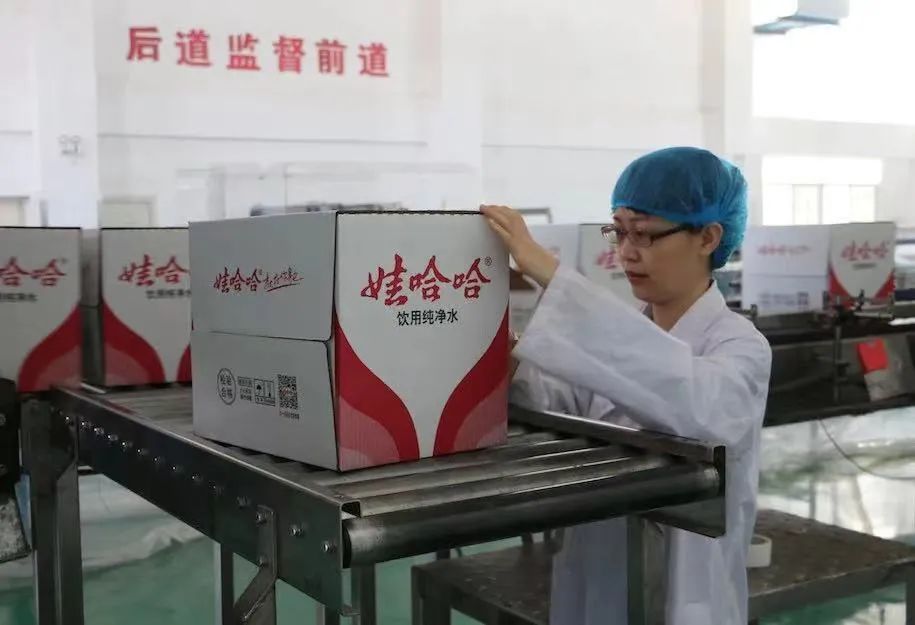 In 2020, Zong Fuli was appointed Deputy General Manager of the sales company and began to contact Wahaha’s huge distribution network.

It is Wahaha’s capillary like joint marketing network that enables Wahaha’s new products to quickly spread to the national market and reach all corners of the market in a short time. Although she has not been involved in sales management for a long time, Zong Fuli has won the sales war for Wahaha in the new consumption environment and output her own “unique scheme”. She believes that products need echelon construction. A healthy sales system needs a complete product echelon, which constitutes the main scale products with sales base and stable growth, key growth products that contribute to sales and profit growth points, and potential cultivation products that are being cultivated and hope to become the next growth point. “This is not only the basis for achieving the current sales target, but also the key to sustainable growth in the future.”

In addition, Zong Fuli proposed to build a model area for key products.

For example, Wahaha soda has become a growth rookie in recent years because its technology is hard enough and its products meet the health needs of consumers. However, when Zong Fuli visited the market, she found that many markets did not have specific implementation plans for new product development, did not understand the consumer masses and consumption scenes, and lacked pertinence and personalization.

In April 2018, Zong Fuli became the director of the public relations department of Wahaha Group, which is also an important signal for Wahaha to try to make the brand younger. “I want to make some changes for Wahaha,” she said at the time. 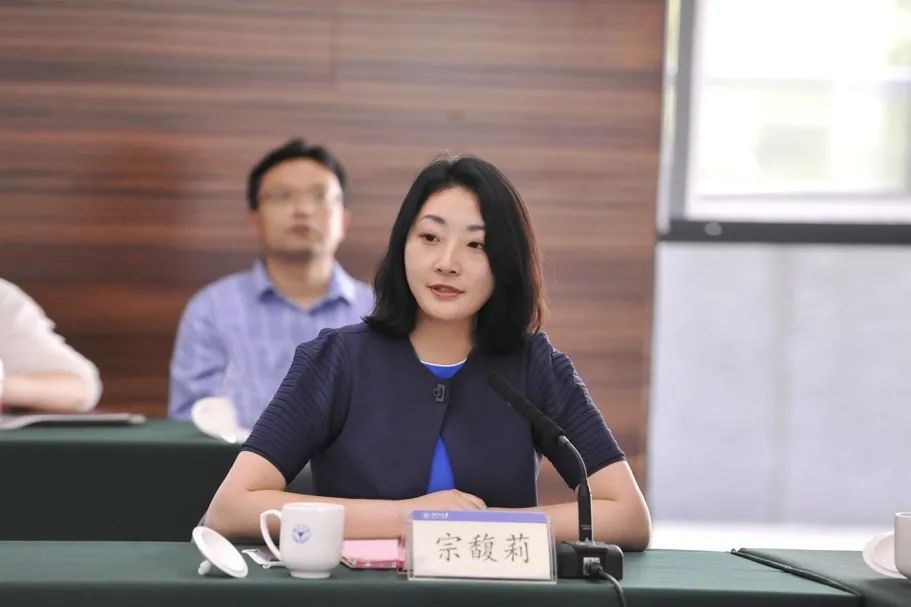 In Zong Fuli’s view, brand super IP has become a new way to connect with consumers. Since 2018, Zong Fuli has proposed to endow the brand and products with personality attributes and emotional connotation by means of IP personalization. For example, from the makeup plate of nutrition express, to the IP flavor yogurt of Douluo mainland, and then to the cooperation with CCTV “colorful youth”, Wahaha’s main brand nutrition express has successfully improved its influence in young groups.

While injecting new vitality into the national brand Wahaha, Zong Fuli also tried to “find another way” to create her own personal brand Kelly one.

If Wahaha’s early strategy was to “encircle the city from the countryside”, Kelly one specifically aimed at the first and second tier cities. At present, kellyone’s products include “one tea” with 0 sugar and 0 energy, new Guochao concept soda bubble water “angry Bobo”, and fruit juice tea / fruit flavor tea “Chacha”. It is reported that in terms of product sales, the sales volume of Kelly one from January to November 2021 has tripled compared with the whole year of 2020. 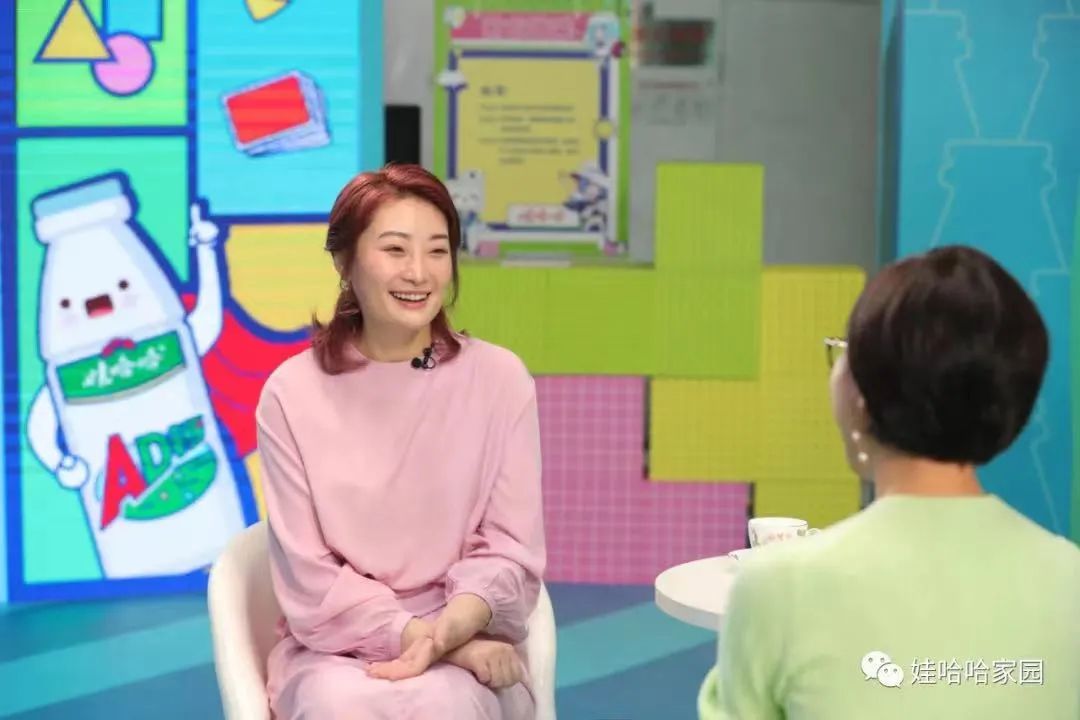 “Next, we will focus on the big health industry. Now people have a high income, eat better, eat a lot of problems, and there are a lot of sub-health problems.” Zong Qinghou said earlier that Wahaha hopes to provide health care products to solve people’s sub-health.

In line with the “great health” strategy promoted by Zong Qinghou, Zong Fuli focuses on the healthy upgrading of Wahaha beverage products.

For example, launch more new low sugar products. It is reported that Wahaha launched sugar free and tassel free water drawing as early as a few years ago. In recent years, Wahaha has carried out low sugar upgrading in express, milk tea, pure tea and other categories. This year, Wahaha has successively launched classic new products such as low sugar and low-fat nutrition express, low sugar and low-fat youyou milk tea, sugar free extraordinary cola and so on. 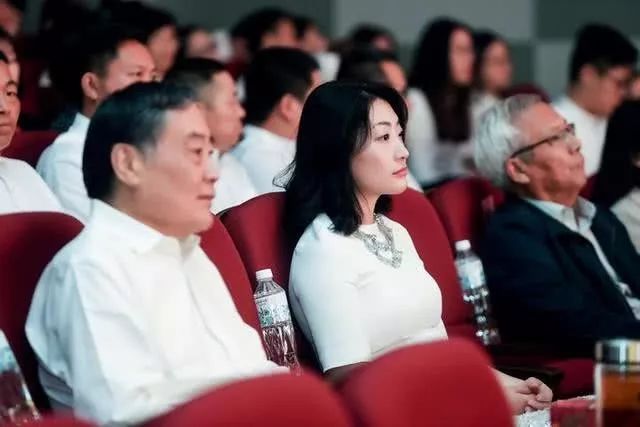 “The popularity of sugar free drinks in recent years is essentially the health of drinks. Whether it is the advocacy of national healthy diet at the policy level, the needs of enterprises for product upgrading, or the awakening of health awareness at the lower level and from the consumer level, it has proved that the health of drinks is irreversible.” Zong Fuli said.

Since its establishment in 1987, Wahaha has been firmly watched by Zong Qinghou, the “big parent”. That year, 47 year old Zong Qinghou started a hard entrepreneurial process from selling popsicles, soda and school books on a tricycle. In the second year, he achieved good benefits by OEM pollen oral liquid, and successfully developed and put into operation Wahaha children’s nutrition liquid in the same year. The products sold well all over the country and gained a firm foothold in the fierce market competition.

Looking back on the process of Wahaha becoming a national beverage brand, Zong Qinghou regarded innovation as one of the secrets of success.

At the 2021 Fortune 500 summit in October this year, he said that Wahaha is developing in the process of innovation. “At the beginning, we followed up with innovation, because there was no strength, money and no one. At that time, we sold calcium milk. We added VC and D to promote the absorption of calcium, which sold better than others… After our strength was strong, we developed it independently. For example, the nutrition express we developed sold up to 7.5 billion bottles.”. 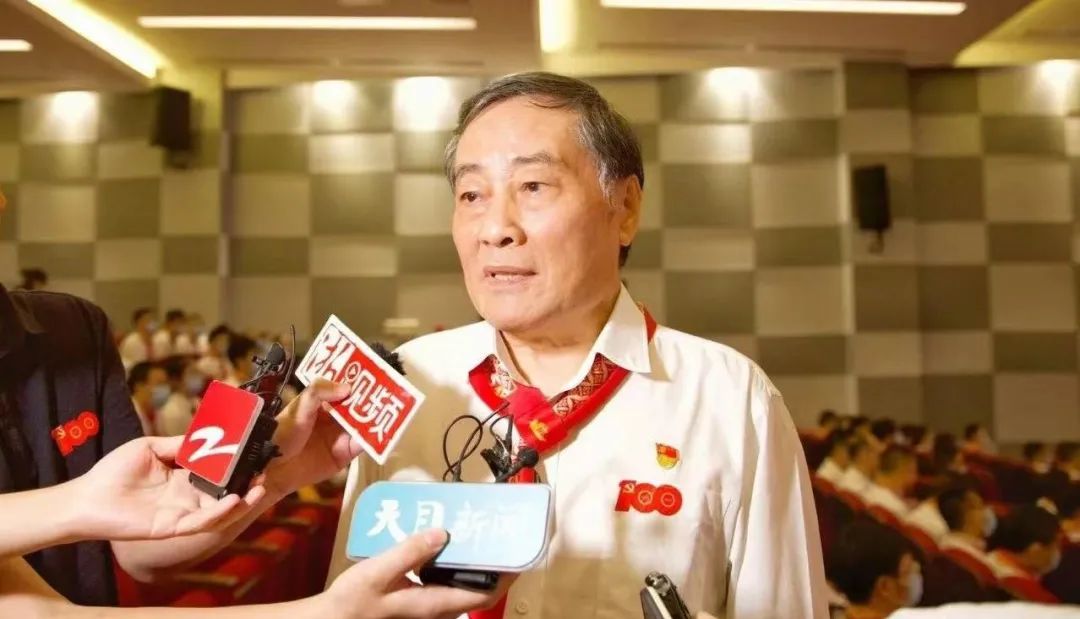 With its vast business territory, Wahaha’s revenue in 2013 at its peak was as high as 78.28 billion yuan. In his early years, Zong Qinghou, who was rich, also topped China’s rich list several times. However, due to the aging of products and lack of innovation ability, Wahaha began to go downhill. The 2020 Wahaha social responsibility report found by the snack generation shows that the company’s operating revenue last year was 44 billion yuan.

In the enterprise vision released in October this year, Wahaha said that “while consolidating the leading position of the beverage industry, we should enter the big health industry and digital field, build the advantages of the whole industry chain, realize small-scale fast running and steady development, and march into the world’s top 500”.

From now on, in the process of marching towards the “world top 500”, Zong Fuli will undoubtedly become the “leader” of Wahaha’s new generation.