Ruixing coffee announced this evening that the resolution submitted to shareholders for approval has been approved at the extraordinary general meeting held on December 11. The company said that the purpose of the resolution is to ensure that no shareholder can transfer the company’s shares to any restricted person, and no restricted person can transfer the company’s shares or exercise voting rights. These resolutions are aimed at protecting the long-term viability of Ruixing coffee and promoting long-term shareholder value.

Today, bowling Bao released its performance forecast for 2021. It is estimated that the net profit attributable to the parent company in 2021 will be 190 million yuan – 210 million yuan, a year-on-year increase of 281.05% – 321.16%. Affected by the strong market demand for sugar substitutes, the company’s erythritol product supply and demand were booming in 2021, and the erythritol product price increased significantly compared with the same period in 2020, driving the market demand for other functional sugar products. (company announcement)

I really want you to set up a strategic investment center

I really want you to say on the investor interaction platform today that the company has established a strategic investment center, focusing on the three subdivided fields of new consumption, great health and food and medicine homology, and carried out in-depth research and extensive investigation in these three fields to actively find suitable investment targets. (Daily Economic News)

PepsiCo increased capital to Foshan food production base in Guangdong

On December 11, PepsiCo Greater China announced a capital increase of 240 million yuan to expand PepsiCo food production base in Guangdong. The first phase of the base was broken on December 18, 2020; On the basis of supplementing production capacity, phase II increased investment in digital intelligent manufacturing and built Pepsi smart factory. PepsiCo’s Foshan base in Guangdong is expected to have a production capacity of 40000 tons per year. (issued by the company)

On December 10, Yili Co., Ltd. issued the progress announcement on overseas subsidiary investment and acquisition of equity of Aoyou Dairy Co., Ltd. The announcement said that on December 8, the company received the decision on no further review of anti-monopoly review of business concentration issued by the State Administration of market supervision. (issued by the company)

Maotai Group went to Wuliangye for investigation and exchange

On December 10, Ding Xiongjun, Secretary of the Party committee and chairman of Maotai Group, and his party went to Yibin, Sichuan to have a discussion and exchange with Li Shuguang, Secretary of the Party committee and chairman of Wuliangye Group. The Chinese Baijiu leading enterprises, Moutai and Wuliangye, should promote the traditional friendship between Mao five and the Chinese market, and create a new situation for the cooperation between Mao and the, and give new vitality to the development of Chinese baijiu. (Securities Times)

In response to the online news that Maotai will completely cancel the unpacking order, the person in charge of Guizhou Maotai enterprise responded that the news was true. At the same time, the price fluctuation of Feitian Maotai terminal market decreased. It is understood that the terminal market price of 53 degree flying Maotai (500ml) in 2021 is 2690 yuan / bottle, while the first one on August 19 is 3170 yuan / bottle. (Beijing business daily)

On December 11, Haitian flavor industry announced that the company plans to invest 50 million yuan to establish a wholly-owned subsidiary joy products Food Technology Co., Ltd. in Foshan, Guangdong. The investment and establishment of the company will be conducive to the in-depth promotion of channel construction, the cultivation of characteristic products and meet the needs of the company’s operation and development. (company announcement)

Three squirrels: take the initiative to carry out hierarchical management and elimination optimization of existing stores

Three squirrels said on the investor interaction platform on December 11 that the three squirrels’ food stores and alliance stores currently cover 20 provinces, 3 autonomous regions and 4 municipalities directly under the central government, covering more than 200 cities in total. This year, the company took the initiative to adjust the layout of stores, carry out hierarchical management and elimination optimization of existing stores, strengthen the synergy between food stores and alliance stores, pay attention to the upgrading and standardization of existing stores, and enhance the competitiveness of stores. (Daily Economic News)

At the fortune MPW women’s summit held on December 9, Zhang Jiayin, CEO of McDonald’s China, said that at this stage, working women should first overcome their limitations, especially the professional ceiling. “At the same time, I encourage you to have a bigger and higher pattern. We usually develop in functional departments in professional fields and become more and more professional. Your pattern should be higher. You are encouraged to break departmental barriers and stand up and command cross departmental business.” (Fortune Chinese website)

Start of Pingyuan milk source base of Chenguang dairy

On December 10, the Pingyuan milk source base project of Shenzhen Chenguang Dairy Co., Ltd., with a total investment of more than 100 million yuan, officially started construction in Changjiang village, Changtian town. It is reported that the project is invested and constructed by Shenzhen Chenguang Dairy Co., Ltd., a subsidiary of OCT Group, to build a modern scale pasture for raising 2000 cows, with a planned land area of 361 Mu and a total construction area of about 44000 square meters. The project is expected to be put into operation in 2022, with an annual output of about 10200 tons of fresh milk and an annual total income of more than 60 million yuan. (released by Pingyuan)

On December 9, the food brand “pregnant taste food foot” for pregnant women completed a round of financing of tens of millions of yuan. The investor was Locke capital, and Pegasus investment consultant acted as the financial adviser for this round of financing. At present, there are more than 80 SKUs of pregnant food foot. (interface News)

The new retail brand “T11” of fresh supermarket recently completed a round B financing of US $100 million, led by Alibaba, followed by Hongwei capital, MSA capital, and hanergy investment as the exclusive financial consultant. This round of financing will be mainly used for service upgrading of core business, e-commerce construction, supply chain empowerment, retail technology investment, etc. (36kr)

On the afternoon of December 11, the new product launch of “enjoy organic primary nutrition” of douben organic whole soybean milk was held in Beijing. Each box of this organic whole soybean milk has an exclusive organic “ID card” issued by the organic certification authority, one box and one code, and the whole process is organic and traceable. Bean brand spokesman Wang Yuan also came to the press conference. (issued by the company) 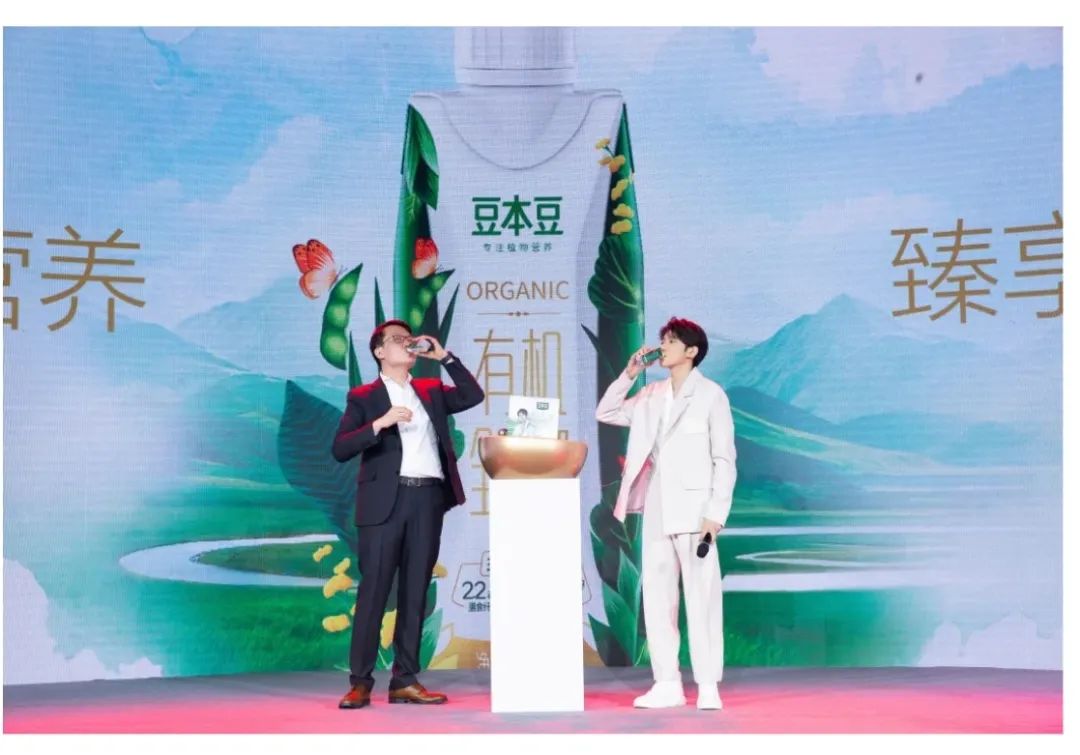 Fonterra said yesterday that it would invest about NZ $4bn by 2030 to produce higher value products while pursuing growth and reducing emissions. Fonterra’s chairman and CEO said that due to asset sales and rising expected earnings, Fonterra, headquartered in New Zealand, is expected to return NZ $1 billion to investors in the next decade. Fonterra also plans to achieve net zero carbon status by 2050. (Reuters)

On December 9, Butler industries, an investment company, announced that it had acquired 85% of Pierre herm é, a legendary dessert shop in Paris, from L’OCCITANE, a French skin care group. Although the official has not disclosed the details of the transaction, Walter Butler, founder of Butler industries, disclosed that the investment amount was as high as 150 million euros. (Hua Lizhi)

Kraft Heinz has agreed to acquire 85% of the shares of just spice, a German start-up, while the remaining 15% will continue to be held by the founders of just spice. The acquisition will further accelerate Kraft Heinz’s international growth strategy focusing on improving taste. The transaction is expected to be completed in early 2022. Founded in 2014, justspices has a portfolio of more than 170 products, including mixed spices, salad dressings, etc. （Foodbev）

Abbott elected Robert B. Ford as chairman of the board of directors

Future meat, an Israeli meat company, is currently raising $320 million at a valuation of $600 million. This round of large-scale financing will make future meat the most valuable company in the Israeli food industry with great advantages. In February this year, Tyson food and ADM both participated in the round B financing of future me. It is expected that the two companies will also participate in the next round of financing. （calcalistech）

In the third quarter, the national milk output was 9.74 million tons, a year-on-year increase of 8.5%

Fanno, operated by byte beat international e-commerce group, is the latest cross-border e-commerce platform incubated by byte beat, which was officially launched in internal test in early December. Some merchants said that the platform is self operated and will be open to all Chinese sellers by the end of December. At present, Fanno mainly faces the European market, and the receiving addresses are Britain, Spain, Italy, France and Germany. (Caijing Tianxia weekly)