With plant-based products becoming a beverage outlet that is difficult to ignore, Coca Cola, the world’s largest soft drink company, will concentrate more firepower in China.

Today, xiaoshidai noticed that a flagship store of Zhibai, which sells a variety of Coca Cola plant-based drinks, has launched low-key on tmall. At present, the store only sells plant protein drinks, and the brands on sale include coarse grain king, sunshine everywhere, adez, Zhen gushuo 3X3, etc. 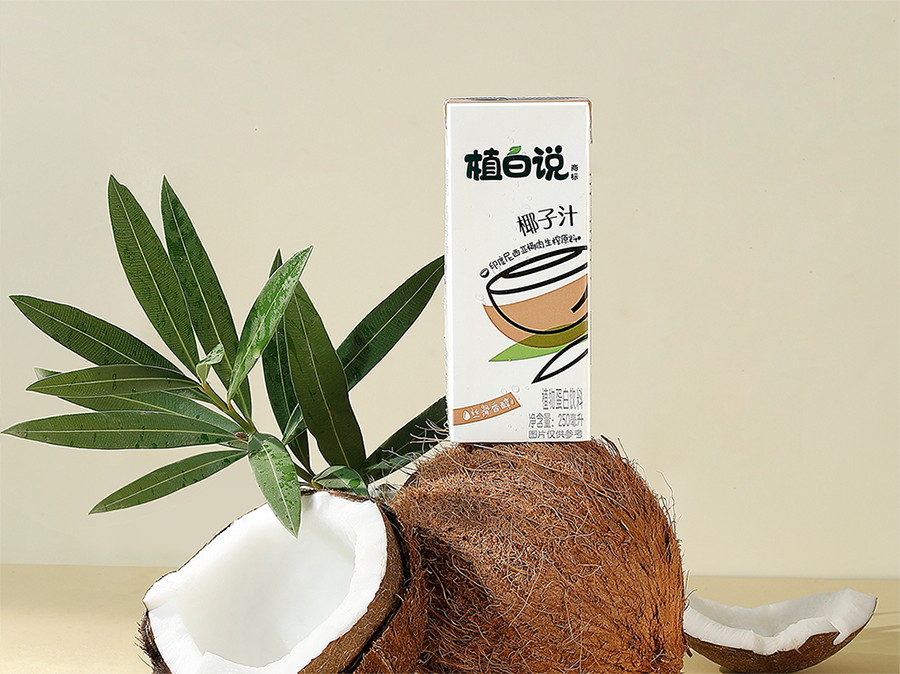 It is noteworthy that the “group debut” of these brands in e-commerce is only one of the big moves of Coca Cola’s overweight plant-based drinks in China.

When accepting the snack generation’s inquiry today, Coca Cola China said that in addition to setting up a new e-commerce flagship store, its wholly-owned subsidiary coarse grain King actively expanded its categories this year and basically completed the new product planning of many plant-based categories such as oats and coconuts.

In addition, Coca Cola China also revealed the strategy and future focus of plant-based drinks. Let’s have a look.

Tiktok said that Tmall’s flagship store was operated by Xiamen roughage Grain Technology Co., Ltd. (hereinafter referred to as roughage king), which was launched at the end of August this year. Coca-Cola China said that roughage grain has been actively planting the plant based track this year, not only in Tmall and Jingdong, but also in the flagship store, and opened a vibrant direct shop.

At present, coarse grain King operates most of Coca Cola’s plant-based product lines in China, including coarse grain King’s classic grain thick slurry, Zhen Gu said 3×3 mixed grain beverage, Zhibai said coconut milk and oat milk, and sunshine everywhere soybean milk. It can be seen that when it was just acquired, the coarse grain King’s product portfolio has been greatly expanded. It is not only more diversified than the previous plant protein drinks with various flavors such as mung bean, red bean and walnut, but also includes cutting-edge categories, such as oats. 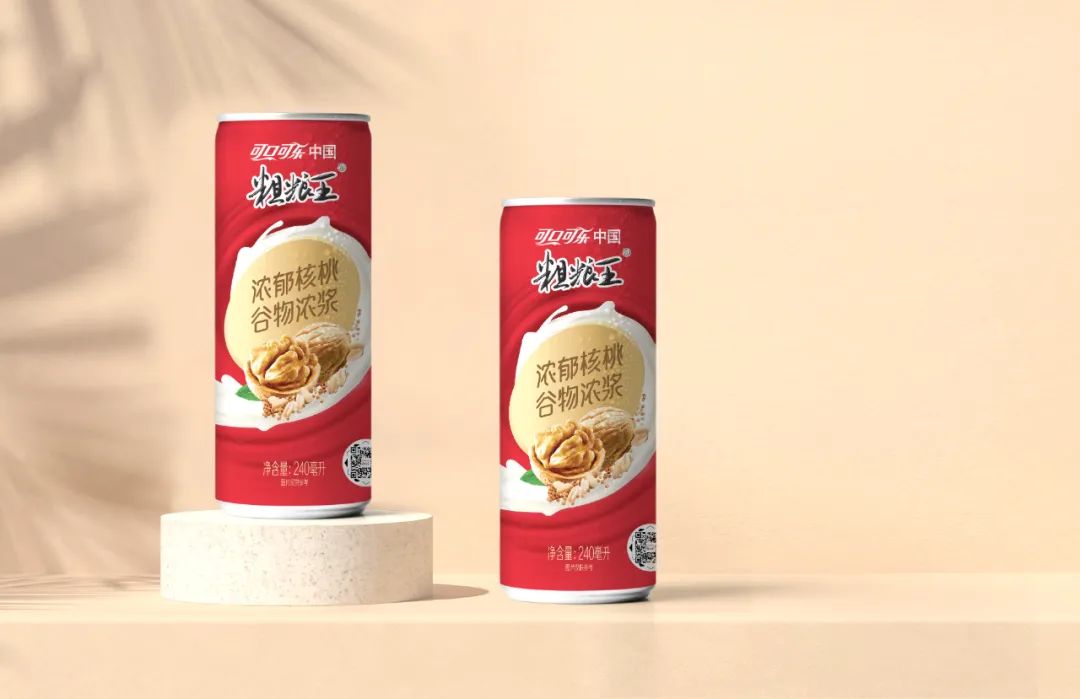 Behind Coca Cola’s “packaging” of a variety of plant drinks, this category shows an explosive growth trend in e-commerce. According to the 2020 plant protein beverage innovation trend report released by tmall new product innovation center, in 2020, the sales growth of tmall plant protein beverage market was as high as 800%, the number of buyers increased by 900%, and the growth contribution in the beverage market was as high as 15.5%.

In addition to focusing on the channel momentum, Coca Cola China also hopes to seize the young people through this wave of east wind.

The company said that the plant-based category has developed rapidly in recent years, and a major feature of its consumer group is the younger trend. “The interaction between online shopping and brand personalization has become an important consumption and lifestyle of young consumers. In order to focus more on communicating with consumers and further improve the purchase experience, coarse grain king will establish a more direct contact with young consumers through the online platform”.

It is reported that in addition to opening new stores on tmall and other e-commerce platforms, coarse grain king also established contacts with young consumers through social platforms such as microblog, wechat, xiaohongshu and station B this year. 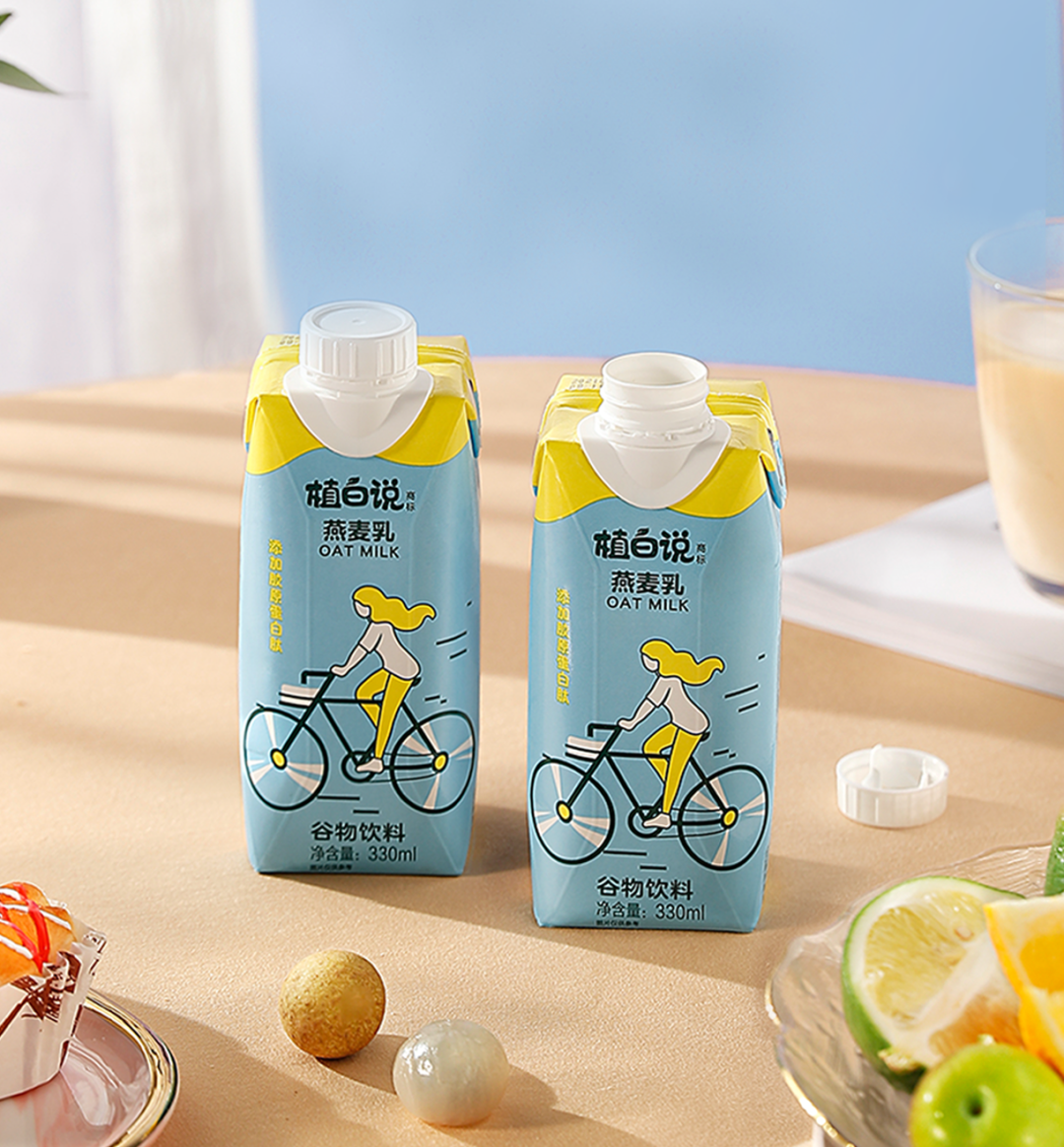 In fact, as a puzzle in Coca Cola’s whole category beverage strategy, plant-based has become the focus of innovation.

Last year, Coca Cola announced its biggest strategic adjustment in recent years, including locking in five potential categories. Among them, nutrition, fruit juice, milk and plant drinks are grouped together. In terms of retail value in 2020, this sector is Coca Cola’s fourth largest business in the world. 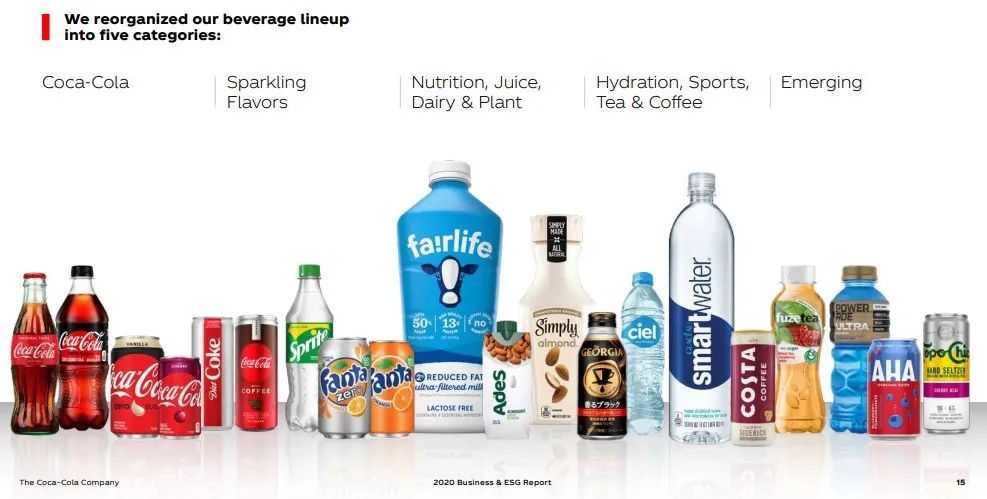 At the same time, the company also upgraded the existing classic grain based products, including the formula and packaging of red bean, mung bean and walnut based products.

From the perspective of subdivided categories, Coca Cola has completed the layout of the three main forces of bean base, coconut base and walnut base. According to the report of China’s 2021 plant-based beverage obtained by xiaoshidai from yingminte today, according to the sales share, the top ranked are soybean beverage, coconut beverage and walnut beverage, which are expected to be 30.3%, 20.7% and 14.2% respectively last year. 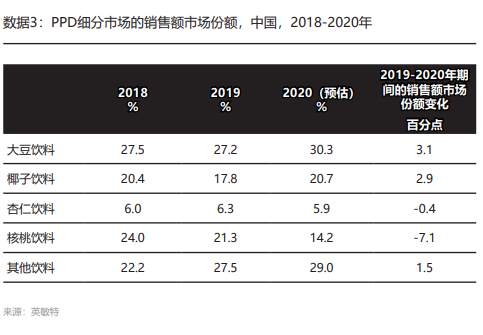 Although these traditional categories still occupy most of the market space, inminster points out that the non-traditional market segment is the future. Taking soybeans as an example, the report said that the soybean market segment seems stable, but like other traditional plant protein drink market segments, it still faces the challenges brought by the lack of product innovation.

However, there are solutions to the lack of innovation of traditional plant drinks. As introduced by snack generation, the white paper on plant-based drinks released by Tetra Pak this year points out that the first generation raw materials such as soybean and Padan wood still perform strongly in the traditional market. Fresh ingredients (such as Qiya seed oil or quinoa) can be mixed with existing basic ingredients (such as Chinese big beans) to bring differentiation and freshness based on existing product preferences.

Xiaoshidai noticed that Zhen Gu, a new product of Coca Cola, said that the 3×3 series mixed oats, an emerging raw material, with traditional raw materials such as walnuts and mung beans. 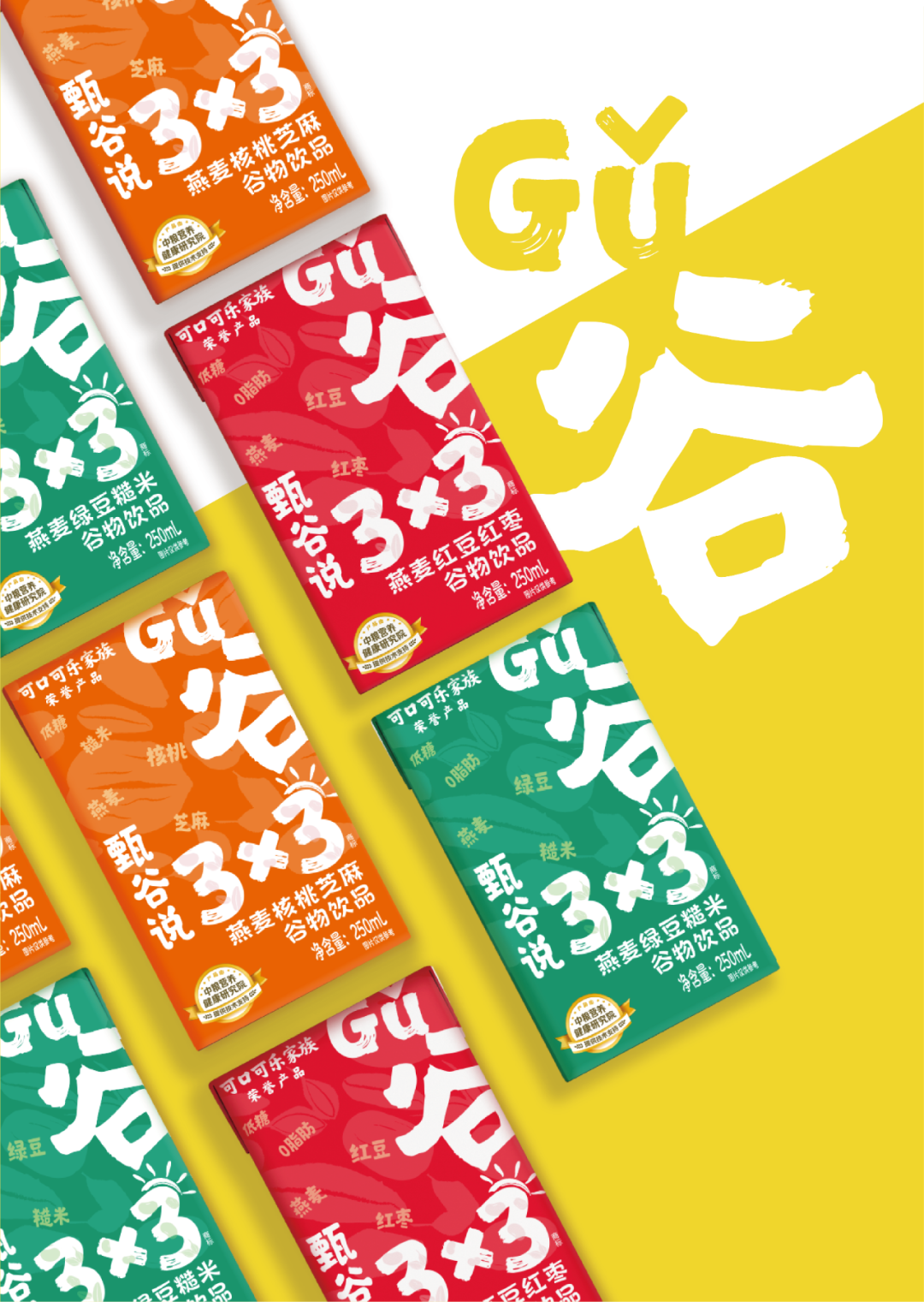 An example is that adez oatmeal grain drink introduced from abroad has a better Chinese name. This product was introduced into the Chinese market in 2019. At that time, it was mainly sold through professional channels such as coffee shops and tea shops and e-commerce channels. Xiaoshidai noticed that in the latest flagship store of Zhibai Shuo tmall, adez Oatmeal Cereal drink added the words “Zhibai Shuo” in a conspicuous place on the package, which echoed adez packaged in English on the other side. 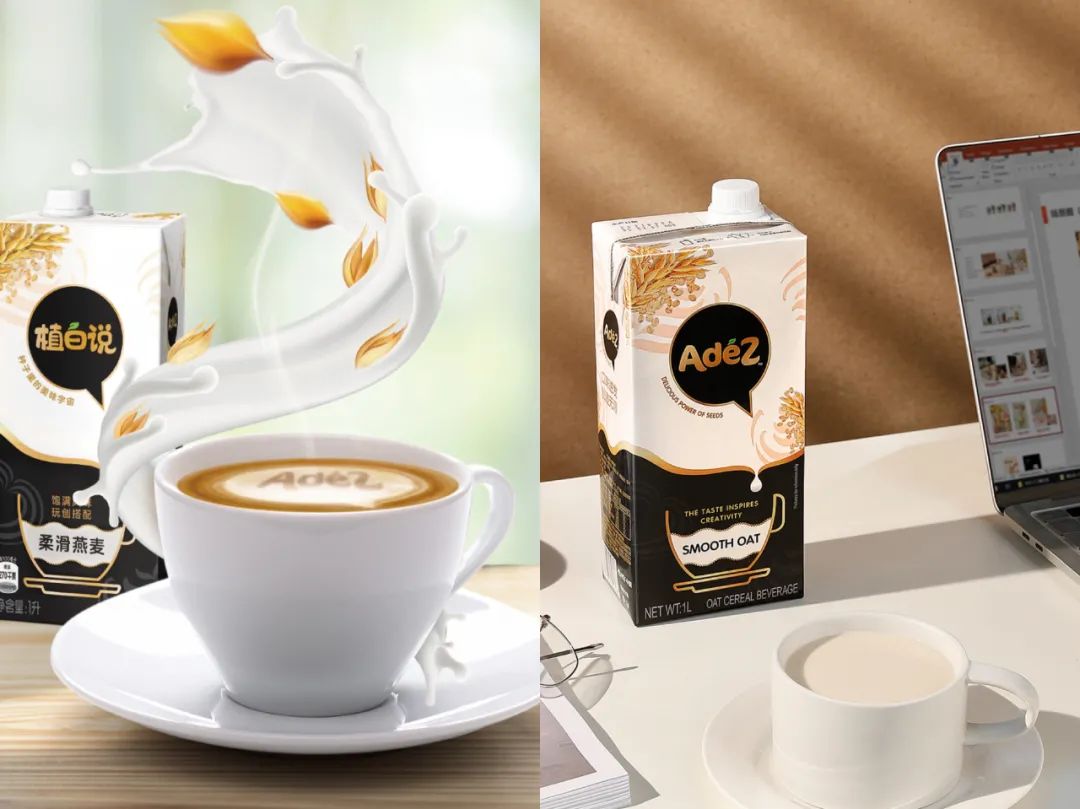 “In order to better communicate with domestic consumers, we have enabled ‘adez’ and ‘Zhibai theory’ on the product label at the same time, in order to create a brand temperament with more affinity and atmosphere.” Coca Cola China said that the company insists on fully combining its effective experience in the world and its insight and analysis of the Chinese market and consumers to bring beverage choices in line with local tastes and preferences to Chinese consumers.

However, in the Chinese market with slow growth and intensified competition, it is not easy to “grab” more share of plant drinks. According to the above inminster report, in the long run, the plant-based beverage market will grow slowly. The average annual compound growth rate from 2021 to 2025 is expected to be less than 5%, far lower than the peak growth rate of sales and sales before 2016.

“In order to stand out in the fierce competition, brands should accelerate the pace of product innovation to serve the different segmentation needs of consumers.” Yingminte senior research analyst Yin rujun said in the report. 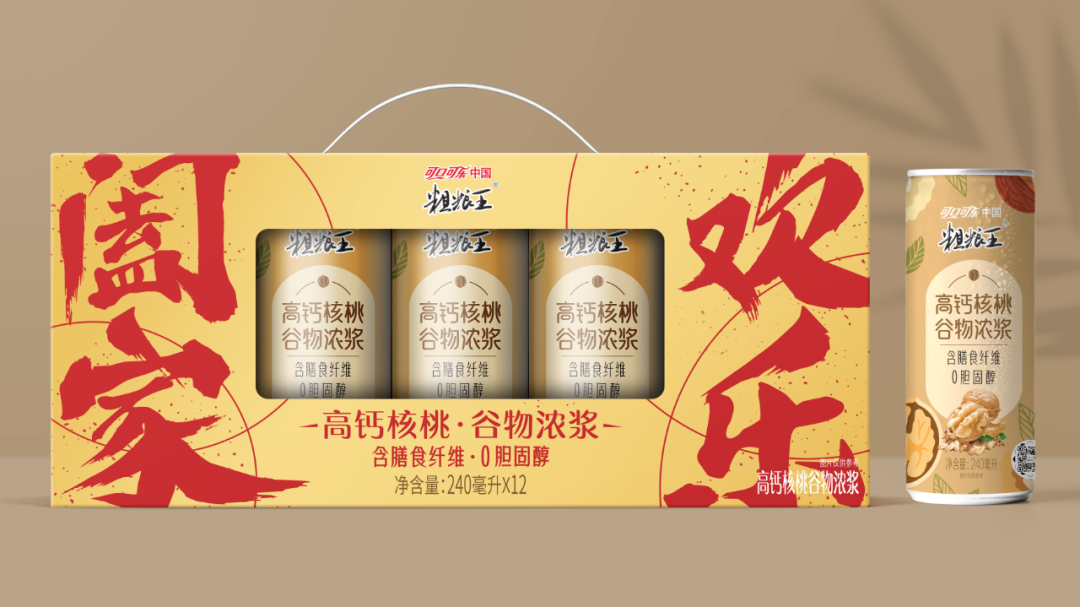 Coca Cola China told xiaoshidai that after completing the layout of multiple plant-based sub categories, coarse grain king will continue to develop new plant-based categories in the future. In addition, next year, coarse grain king will focus on developing coconut based and consolidating oat based series, and further focus on high-value products in some market segments. It will be introduced to the market after the Spring Festival in 2022.

When it comes to competitive advantage, the company said that coarse grain King provides an integrated solution from production, supply and sales, and its operational independence helps Coca Cola China system respond quickly and flexibly in the market segments and seize market opportunities quickly and flexibly. The advantages of Coca Cola China system in R & D, brand influence and distribution channels can provide strong support for the development of coarse grain king.

Follow the “snack generation” (wechat: foodinc) “and reply to” Coca Cola “to see the wonderful news.