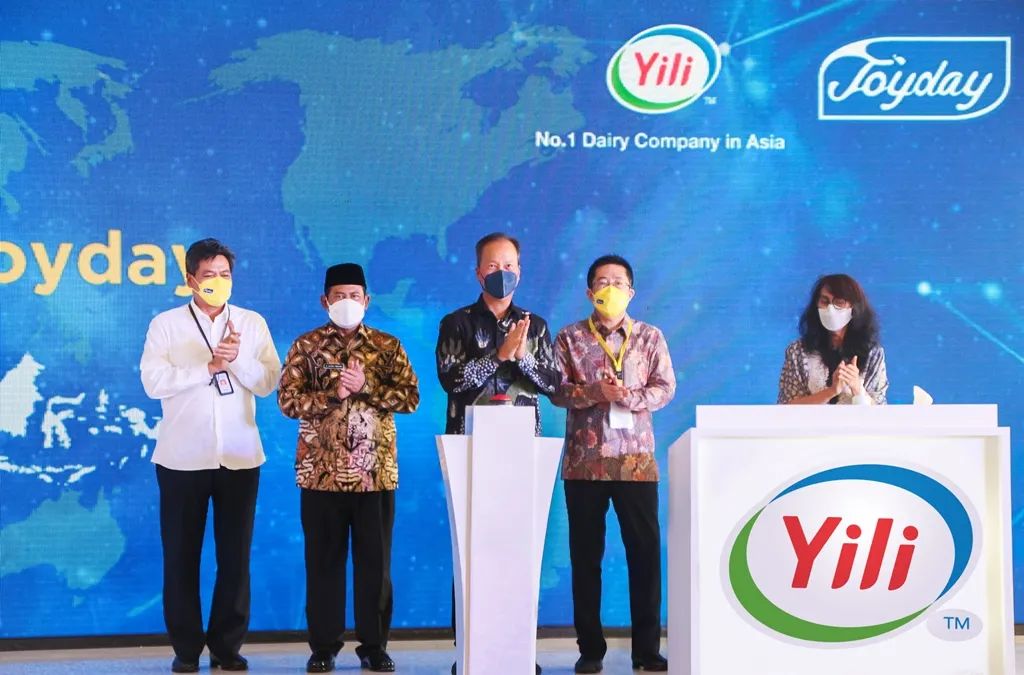 The epidemic has not stopped the internationalization of Yili.

On December 10, Yili Indonesia dairy production base held the commissioning ceremony of phase I project, and Indonesia’s largest ice cream factory was born.

As the first self built factory of Yili Group in Southeast Asia, Yili Indonesia dairy production base is located in the green space international industrial center in Bekasi, West Java province, Indonesia, covering an area of 255 mu. It is divided into phase I and phase II. It is mainly used to produce joyday ice cream welcomed by Indonesian consumers. After the two phases are put into operation, it can produce 4 million ice cream per day. Among them, the project put into operation this time is phase I project, with an investment of 867 million yuan and a daily output of 159 tons.

It is precisely because the project is so large that the commissioning ceremony is also very grand. Indonesian Minister of industry AGUS personally unveiled the brand, and Pan Gang, chairman and President of Yili Group, delivered a video speech. In addition, the heavyweights attending the ceremony also included Amat, director of Bekasi region, Pudu, director of the industry department of the Ministry of industry, and other Indonesian officials at all levels, as well as Zhu Yingmin, representative of the China International Chamber of Commerce in Indonesia, Zhang Chaoyang, chairman of the Indonesian Chinese Chamber of Commerce.

The completion and operation of Indonesia’s dairy production base means that Yili’s “global health ecosystem” has taken another solid step.

For joyday ice cream, an ordinary Jakarta citizen said: “the sweet taste and cool taste can release my pressure and create a pleasant mood. I like every taste very much!”

Even AGUS, Minister of industry of Indonesia, personally spoke for it after attending the production ceremony and tasting it: “joyday ice cream, every bite has a surprise!”.

In October 2018, Yili officially launched joyday ice cream in Indonesia, which was loved by Indonesian consumers with rich and unique taste and vibrant image. 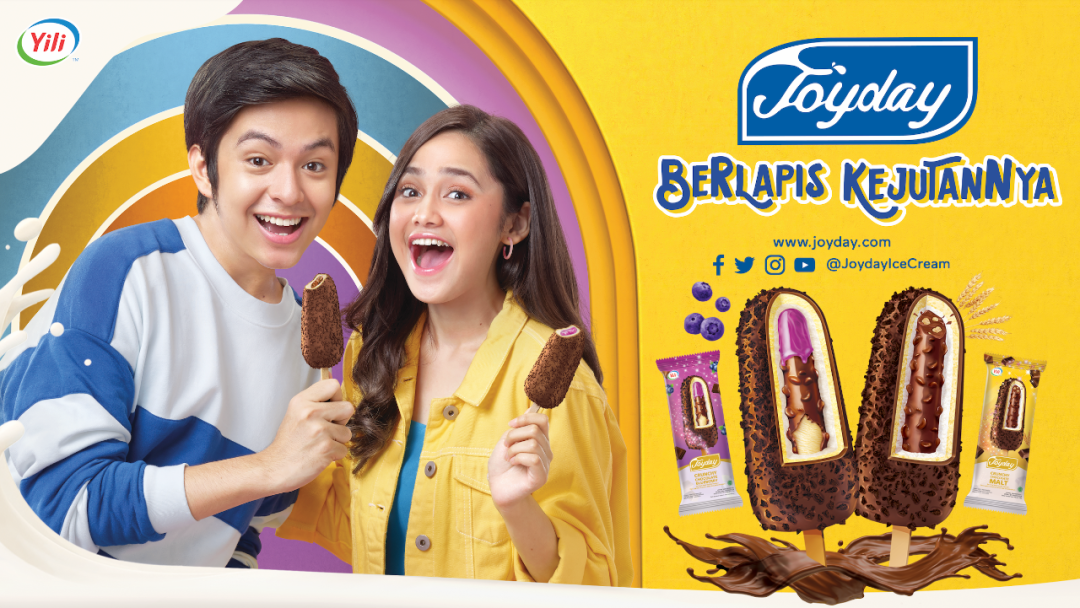 Today, joyday can be seen everywhere in supermarkets and convenience stores across Indonesia. According to statistics, joyday ice cream has listed more than 20 products, covering more than 260 cities in 26 provinces, basically covering the whole territory of Indonesia.

Because of its popularity among Indonesian consumers, infobrand, an authoritative brand research institution in Indonesia, awarded joyday the “2021 Brand Choice Award” in June 2021.

The local dealers in Indonesia who know the local market and consumers best are also optimistic about the market prospect of joyday ice cream.

Tan LiH Ming is the Bandung distributor of joyday ice cream. He established cooperation with Yili as early as April 2018 and became the first batch of dealers of Yili in Indonesia. Tan LiH Ming said: Yili’s quality has been unanimously recognized by consumers. We are full of confidence in the future development of Yili’s Indonesian dairy industry. We believe that after the local factory is put into operation, more new products suitable for the Indonesian market will be launched, and joyday ice cream will be more and more loved by consumers.

In addition to local distributors in Indonesia, local suppliers in Indonesia also recognize Yili’s quality and concept, and hope to further expand cooperation.

Pt gunanusa eramandiri is a supplier of raw materials for roasted peanut chips. Yohanes, the company’s account manager, said that Yili’s development speed in Indonesia is impressive, and its products are being loved by more and more consumers.

“I can buy Yili joyday vanilla crispy ice cream in the supermarket at my door. The quality is impressive and delicious. Yili always puts consumer demand and product quality in the highest position. Such an enterprise is admirable. We will fully support Yili’s development in Indonesia like partners.” Yohanes said.

As a carton supplier, Pt anugerah Jaya Maju Abadi indobox established cooperation with Yili in April 2021. The general manager of the company said that Yili has perfect quality management standards and strict quality requirements. After layers of screening, they were finally lucky to become the first suppliers of Yili in Indonesia. 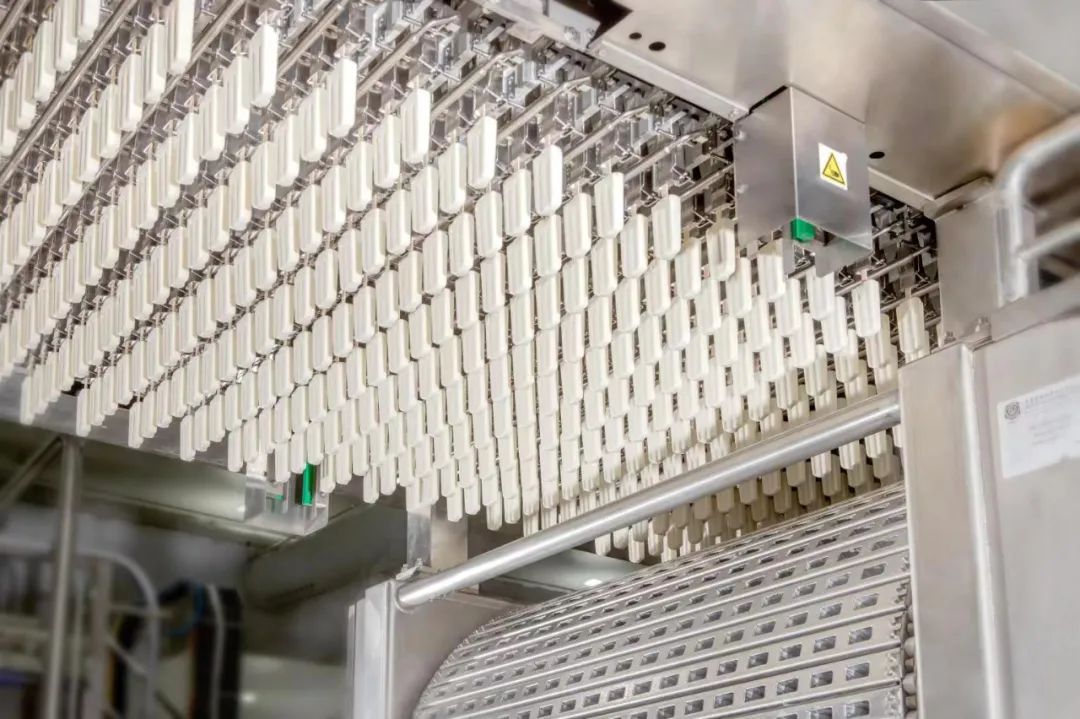 “Our cooperation with Yili Indonesian dairy industry is based on justice, fairness, integrity and win-win results. We are willing to grow together with Yili and better serve Indonesian consumers.” The general manager also said that the strict requirements of Yili Indonesia dairy industry on quality always remind the company to put quality first. Yili’s standardized management of suppliers has also helped us improve the quality control level and improve the quality control standards.

The establishment and operation of Yili’s Indonesian dairy production base, whether consumers, dealers or suppliers, can be said to be popular. The eagerness of all parties shows Yili’s broad market prospects in Indonesia.

The establishment of Yili’s Indonesian dairy production base is not only a market value, but also of broader and profound significance.

The first value, for Indonesia, benefits from many aspects.

First, in terms of employment, the base has 383 employees, with local employees accounting for more than 95%. If phase I and phase II are completed, it is expected to create more than 5000 local jobs directly and indirectly. 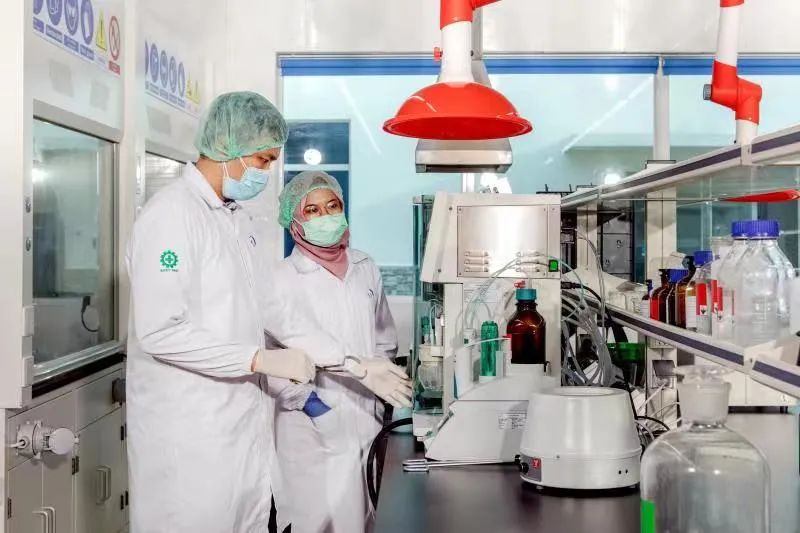 Muhamad Irfan, an employee of Yili Indonesia dairy production department, joined the company in January 2020. The company provided him with training in production process, product knowledge and sales skills to help him fully master post skills, and promoted him to team leader within 9 months. The stable salary and good welfare guarantee enabled Muhamad Irfan to have savings to prepare for the wedding and improved the economic situation of the whole family.

In addition to driving local employment, it also drives the development of local suppliers.

Based on the concept of “global thinking and localized management”, Yili actively develops local high-quality suppliers. At present, Yili has established cooperative relations with more than 90 local high-quality suppliers in Indonesia, including milk powder, sugar, grease, cocoa products, paper packaging and other fields. The localized procurement of raw and auxiliary materials accounts for 65%. In the future, the scale of localized procurement will be further expanded. This will directly drive the development of upstream and downstream industries of local dairy industry in Indonesia, which is of great significance to the economic development of Indonesia.

At the launch ceremony, Yili reached cooperation with Indonesia vaccine center, which will provide support for the construction of Indonesia national vaccination center and help fight the epidemic. Previously, the company also held donation and charity sale activities for Indonesia for many times. As early as may 2019, the company participated in the large-scale charity activity of “helping millions of dream children” held by Indonesian children’s Cancer Foundation in Jakarta, and donated all the charity sale income to cancer foundation. 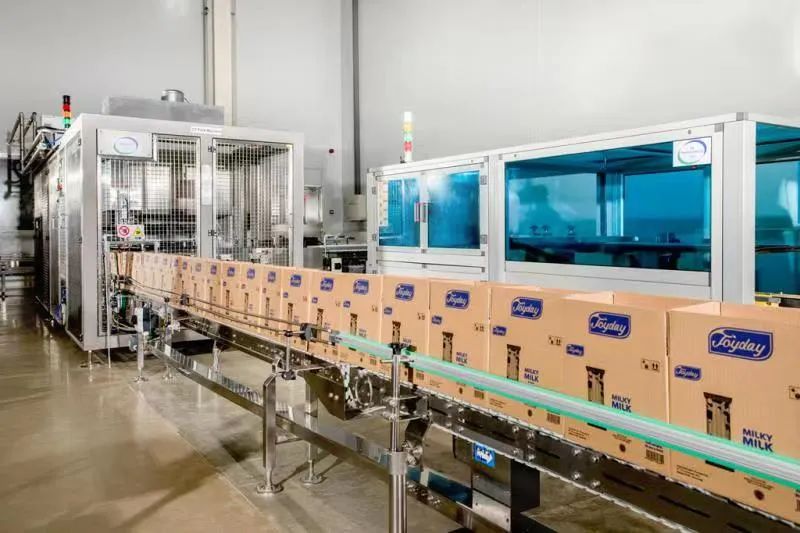 It is understood that Yili Indonesia base factory adopts a number of advanced energy-saving and environmental protection technologies and is a world-class low-carbon “green factory”. Although this will increase costs, Yili reflects the role of a leading dairy company in the context of global carbon reduction.

The second value is also of great significance to Chinese enterprises.

“Yili has implemented the most stringent standards from the arrival acceptance of equipment and materials to the quality control of installation process, from which we have also benefited a lot.” Yili refrigeration system supplier said that going abroad with Yili and participating in the construction of production base has expanded the international market share and enhanced the international influence of the brand.

The Construction Party of the sewage treatment project in Indonesia base said that Yili’s Indonesian dairy production base is the first overseas project it cooperates with Yili, which has helped them master a lot of experience in building international projects. In the future, with the promotion of Yili’s construction of “global health ecosystem”, we hope to participate in more Yili international projects to make dairy products more “pure” and “green”.

The third value needs no more words for Yili Group.

As the leader of China’s dairy industry, Yili represents the image of China’s dairy enterprises. The establishment of Yili’s Indonesian dairy production base is not only a product, but also an opportunity to comprehensively display science, technology and culture. Yili will fully display the spirit and style of Chinese dairy enterprises to Indonesia.

The completion and operation of Indonesia’s dairy production base announced a new milestone in Yili’s globalization process.

Yili, as the leader of China’s dairy industry, has ranked first in Asian dairy industry for eight consecutive years, ranking among the top five in the global dairy industry. In recent years, Yili has vigorously promoted the internationalization strategy, carried out industrial layout in Asia, Europe, America, Oceania and other regions, and actively constructed its own world ecosystem.

In Europe, in February 2014, Yili joined hands with Wageningen University, a top university in the field of life sciences in Europe, to jointly build Yili European R & D center with more than 15000 R & D personnel of European “food Valley”.

In the Americas, Yili Group officially announced the launch of the Sino US Food smart Valley Project in Seattle. The project will gather and integrate many well-known universities, scientific research institutes and other institutions in the United States to carry out all-round three-dimensional cooperation in nutrition and health, product R & D, food safety, agricultural science and technology and other fields.

In Asia, Southeast Asia is the focus of Yili’s sustained efforts. In September 2015, green Asia Food Indonesia Co., Ltd., a subsidiary of Yili Indonesia, was officially established in Jakarta, the capital of Indonesia, and now the production base of Yili Indonesia dairy industry is the factory below it. In October 2018, Yili officially launched joyday ice cream brand to the Indonesian market. On November 29, 2018, Yili acquired chomthana, the largest ice cream company in Thailand. 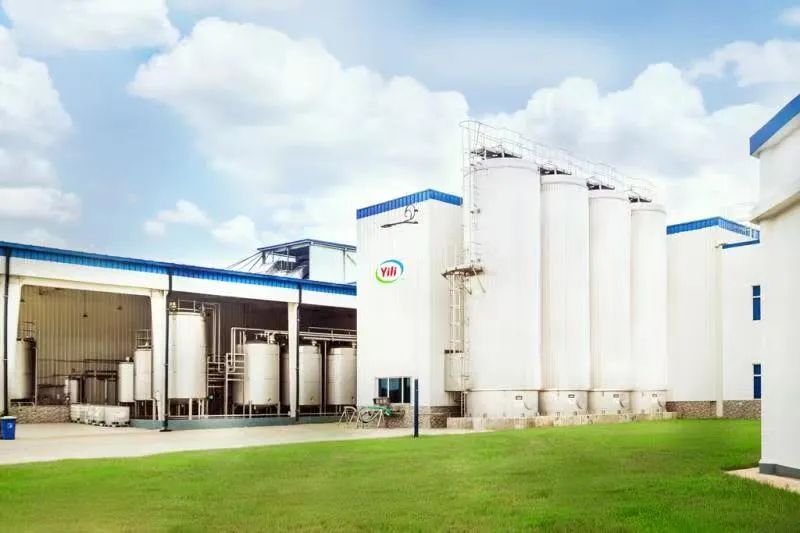 It is particularly worth mentioning that the internationalization of Yili is not only in the sense of enterprise scale, but also in the sense of value. This is the “global healthy ecosystem” proposed by Pan Gang, chairman of Yili. Its core idea is to enable consumers in different countries and regions to share development dividends from different dimensions such as product quality, industrial development, economic promotion and environmental friendliness Share development achievements.

That’s why Indonesian consumers, suppliers and other people are in favor of Yili Indonesia base – they all share multi-dimensional development dividends.

Today, Yili has a layout on five continents around the world, and all businesses are carried out smoothly. With the continuous advancement of internationalization, Yili is moving towards the corporate vision of “becoming the most trusted health food provider in the world”.