Ruixing’s debt restructuring plan was approved by the U.S. court

Ruixing coffee’s debt restructuring plan was approved by the U.S. court. According to the documents of the local court, the holders of $460 million notes will receive $320 million in cash and new bonds. (Ming Pao)

Adopt a cow to complete round B financing

A new dairy brand has adopted a cow, and round B financing has been completed. This round of financing is led by meituan Longzhu, including new and old shareholders such as DCP, KKR and Guming, and Mingyue capital acts as the exclusive financial adviser. (issued by the company)

Haoliyou is fined for illegal use of Olympic Symbols

Recently, haoliyou Food Co., Ltd. updated an administrative punishment information. It was fined 115000 by Langfang market supervision and Administration Bureau for its unauthorized use of the Olympic logo for commercial purposes. The date of punishment is December 3, 2021. (China Economic Net)

Yutianchuan coffee Hangzhou company was fined for operating without a license

On December 16, caijing.com learned through the national enterprise credit information publicity system that recently, According to the newly added administrative punishment information of yutianchuan coffee (Hangzhou) Co., Ltd., the party involved engaged in the production and sales of coffee drinks without obtaining a business license was confiscated by Hangzhou Shangcheng district market supervision and administration, with an illegal income of 9287.39 yuan and a fine of 1000 yuan. The company was established in June 2021 and is a wholly-owned subsidiary of Hangzhou Yuxi Trade Co., Ltd., an affiliated company of yutianchuan coffee. (caijing.com)

According to China referees network, on December 15, Wal Mart (China) Investment Co., Ltd., Guangdong Sam cold chain Food Co., Ltd. and other unfair competition disputes were announced in the civil judgment of the second instance. The Guangzhou intellectual property court held that Sam cold chain company used “Sam flavor” The logo belongs to the unique name of the service that has a certain impact on Wal Mart without authorization, which leads people to mistakenly believe that the store involved has a specific connection with Wal Mart and constitutes unfair competition. The second instance of Guangzhou intellectual property court ruled that Sam cold chain company stopped using the word “Sam” in its stores and compensated Wal Mart for economic losses totaling 1 million yuan. (Interface)

After Huatai Group increased its holdings of Qiaqia food, it accounted for 41.93%

According to the latest equity disclosure information of the Hong Kong stock exchange, on December 14, uni President Enterprises Corporation increased its holdings of 225000 shares of unified enterprise China, involving HK $1.746 million. After the increase, the latest number of shares held by uni President Enterprises Corporation was 3.11 billion shares, and the shareholding ratio rose to 72%. （Wind）

According to the industrial and commercial information, on December 14, the business scope of Abbott (Jiaxing) nutrition Co., Ltd. changed, including food production, food sales, dairy production, infant formula food production, beverage production, etc. the company was established in July 2011, the legal representative is Deng Liyan, the registered capital is US $77 million, and is wholly owned by Abbott investment Luxembourg Co., Ltd.

The sucrose free millet cake produced by Shanghai coconut food on August 15 was fined 30000 yuan and the illegal income was confiscated by Shanghai Qingpu District market supervision and administration because the total number of colonies failed to pass the inspection. The date of punishment decision is December 8. (Shanghai Municipal Bureau of supervision) 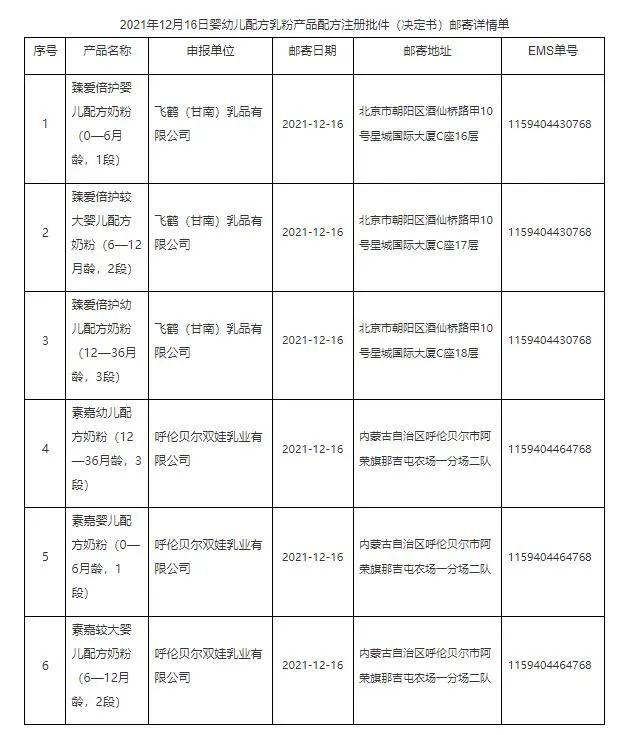 Fanhu completes round a + financing

Light cooking rice brand Fanhu has recently completed a + round of financing, led by SIG and pursued by the old shareholder Lenovo star. This round of financing will be used for channel expansion and product R & D. In the first half of this year, the company has just completed two rounds of financing with a cumulative scale of tens of millions of yuan. Founded in 2020, Fanhu entered the semi-finished food track, and its main sub category is baozi rice. (Interface)

The original pure tea space brand “one tea and one house” announced the completion of an angel round of financing of millions of yuan. The investors are Xinxian capital (Qiaqia Family Investment Fund) and kiss food. This round of financing will be mainly used to improve the store product sales system and talent introduction. (36kr)

Recently, the mineral water brand “youkuang” under Yuanqi forest officially settled in the offline large-scale retail channel. It is reported that this is also the first large-scale entry of Yuanqi forest mineral water products into offline channels. It is understood that Yuanqi forest launched the bottled water related entrepreneurship project in September last year, and determined the brand as “mining” at the end of last year. In July this year, the first product of the mine was launched in e-commerce channels such as tmall and JD. (CNR network) 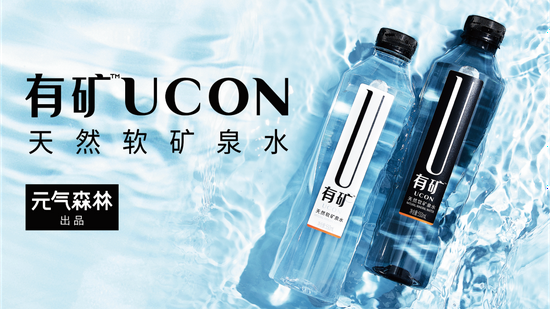 The annual revenue of Feihe Longjiang branch is expected to reach 3.15 billion yuan

In 2021, Longjiang branch of Feihe Dairy Co., Ltd. is expected to complete an output of 39000 tons and an operating revenue of 3.15 billion yuan, with a year-on-year increase of 30%. Next year, the company plans to produce two production lines at the same time, and the output is expected to be 50000 tons. (Qiqihar Municipal People’s Government Network)

Recently, hungry? Pilot promotion of smart helmets. This smart helmet adopts the classic blue style, can be directly connected with the rider’s mobile phone, voice commands can process orders, and can communicate with the built-in microphone in the helmet. In addition, this smart helmet is also equipped with scratch and fog resistance. In case of emergency and specific environmental conditions, it can be identified intelligently, and the indicator light can flash automatically. (Zhongguancun Online)

It is reported that SF launched a wechat applet called “burying orders” in the same city, focusing on the social order collage service within 3 kilometers in the mode of multi order delivery. It is understood that the platform not only has access to Ruixing coffee and Xi tea, but also will expand other services such as catering takeout in the future. It is reported that at present, the “buried single” is testing the water in some areas of Shanghai and Shenzhen. (Beijing business daily)

The new vegetarianism brand of vegetable meat announced that it would be stationed in Beijing in December. In the future, it will open up offline retail terminals. At the same time, online tmall and youzan stores will continue to make efforts. (issued by the company)

Recently, kellyone “angry Bobo” bubble water of Hongsheng beverage group won three awards. Its advertising film won the “several English Award” in 2021, and the case of “heart in Bobo jump at this second” won the “integrated marketing gold case in 2021” in China International Advertising Festival. The brand was also shortlisted in the list of new consumer brands in China’s food industry in 2021. (issued by the company) 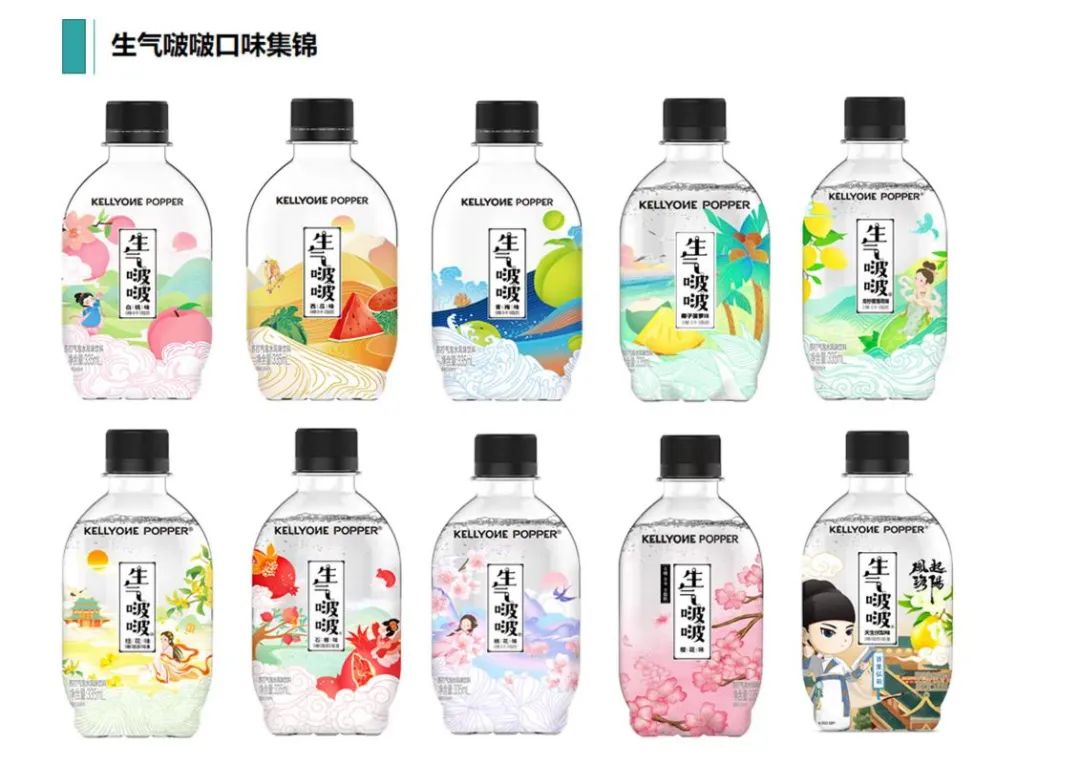 McDonald’s will spend $33.5 million to buy 13 restaurants from franchisees. The move is to resolve the lawsuit filed by McDonald’s franchisee herb Washington and his company HLW fast track Inc against McDonald’s. (Wall Street News)

Danone’s investment in Egypt will double

Haitham Sadek, chief executive of Danone Egypt, recently revealed that Danone hopes to double its investment in Egypt to 1 billion Egyptian pounds in the next five years. Danone Egypt. （zawya）

The board of directors of restaurant brands internationala, the parent company of Burger King and tims coffee, announced on December 16 local time that thecla Sweeney will join the board of directors as an independent member with effect from January 1, 2022. Sweeney is currently the executive chairman and CEO of motion LP. (CNW)

Today, the sustainable Nutrition Group Ltd, a plant-based nutrition and health products company, announced to the market that it plans to acquire the Australian superfood, an Australian food and raw material manufacturer, for a consideration of $3 million. Neale Joseph, managing director of TSN, said that the acquisition is in line with the company’s established strategy of producing and selling plant, sustainable and traceable raw materials and products, and helps the company develop the fast-growing food raw material market and the export markets of South Korea and the United States. (Aohua Finance Online)

Odlygood, a brand of plant-based dairy products, raised US $28 million

The plant-based dairy and cheese brand odlygood under valio raised US $28 million in the first round of financing, which was led by private equity fund mandatum asset management. Niko vuorenmaa, chief executive of oddlygood international, said the financing would be used to accelerate the company’s expansion in new and existing markets. （Food Navigator）

Release of anti food waste plan: it is prohibited to produce audio and video such as eating and overeating

According to the website of the national development and Reform Commission, four departments including the national development and Reform Commission recently issued the work plan against food waste (hereinafter referred to as the plan). According to the plan, radio stations, television stations and network audio and video service providers are prohibited from producing, publishing and disseminating programs or audio and video information that promote food waste such as eating and overeating. Those who refuse to correct or the circumstances are serious shall be fined, criticized or stopped broadcasting for rectification, The persons directly in charge and other persons directly responsible shall be investigated for responsibility according to law and regulations. (China News Network)

Ministry of Commerce: the foreign trade situation will remain complex and severe next year

At a regular press conference held by the Ministry of Commerce on December 16, Shu jueteng, spokesman of the Ministry of Commerce, said that it is expected that the import and export structure of foreign trade throughout the year will be further optimized, high-quality development will be accelerated, the status of a major trading country will be more consolidated, and the target task of “stabilizing quantity and improving quality” can be successfully completed. At the same time, the foreign trade situation next year is still complex and severe. (China Securities Network News)

Since 2020, Inner Mongolia has focused on the development of large dairy enterprise clusters, leveraging various investments of more than 42 billion yuan, and promoting the construction and layout of ten whole industrial chains such as Yili modern smart health Valley and Mengniu China Dairy Industrial Park in seven league cities. This year, Inner Mongolia has made every effort to promote the action of “dairy revitalization” and strive to build the best milk source base in China. At present, the region has established 56 national standardized demonstration pastures and 50 digital pastures. (people’s information)

According to Wan Lin, CEO of rookie, rookie has formed five core service sectors: global logistics, smart supply chain, urban and rural community services, logistics ground network and logistics technology. In March 2021, the average daily volume of cross-border packages served by rookies has exceeded 5 million. In the face of “kinetic energy transformation”, Wan Lin once again defined the strategic direction of rookie to be an industrial Internet company – not only maintaining the digital advantage of the Internet, but also continuously consolidating the logistics industry. （36Kr）

Alibaba revealed in its investor daily activity on December 16 that young consumers will become a new user increment of Taobao tmall. At present, the penetration rate of Taobao among consumers aged 24 and below has reached 90%. (China Securities Network)